Today was my 6 week postpartum check-up! It was good to see Stacy as I haven’t seen her since my 38 week pregnancy check up! What feels like a MILLION years ago!

Zach and Kye both went with me and it was good to have them there…I can’t STAND yearly exams and that’s basically what this was, just a little more involved than the typical yearly. It does count for this years exam though so that’s awesome 🙂

They had to prick my finger which I HATE but they have a new way of doing it that really wasn’t too painful. They also had me pee in a cup, my last time for a loooong time which is nice! It’s funny b/c things have obviously changed “down there.” I’m usually a pro at making the cup no problem but this time it took me ages to figure out how to place it to catch the pee haha. They also weighed me, which I was dreading. I think I’m really looking pretty good but the scale is so mean! I really need to quit looking..it said I still have 20 lb to lose! Ugh! I swear I don’t LOOK 20 lbs heavier…I think these DD’s are weighing me down literally.

I have failed to mention this sooner but I’m now 100% positive that I’ve already had a period! Most things I read say breastfeeding mothers don’t get their periods again for up to 6 months. Of course, lucky me, I got mine 5 weeks postpartum! That means I can get pregnant again!!! Ugh…birth control we here come! Stacy gave me one that is progesterone only (no estrogen) so it’s safe to take while nursing and I plan to start it this Sunday.

She did an exam, which was pretty uncomfortable since it’s been untraveled territory since Kye was born! She said I healed really well which was good to hear (I haven’t looked down there and don’t plan on it). She also okayed Zach “making deposits” again haha

I asked her about some problems I’ve been having going #2 and she said she’d be checking my butt during the exam!!! Ugh…gross!!! 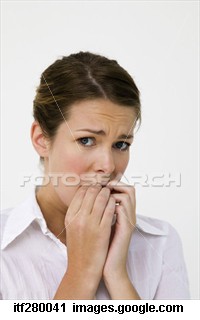 I HAD to warn ANY pregnant women about this! I think it’s pretty routine but especially since I had a grade 4 rip situation she had to do an EXAM up my BUTT-HOLE. I was pretty much freaking out but when she did actually did it it wasn’t SO horrible. Just embarrassing! I mean dang I would NEVER want her job!!!!

More than anything else we talked Babywise. Turns out she does it too and it was SO nice to talk to another type-a personality who is totally by the book. She gave me so much helpful advice! She said that I MUST keep him awake for “wake time” no matter what. Our problem has been his reflux and the dr. told us to hold him upright for 30 min after he eats…well duh he falls asleep during that 30 min. THEN I have him have wake time THEN put him to bed, well of course he’s not going to want to sleep after he has already slept! She said even if I have to get him naked or rub a cool cloth on him KEEP HIM AWAKE until about 2 hours before his next feeding time.

When I got home I decided I don’t have to HOLD him upright the whole time…I can do other things! So I fed him, held him up to burp him then put him in his swing for the rest of his “held-upright” time. And he stayed awake! Then I changed him and played with him and put him down 2 hours before the next feeding time and so far it’s been his best nap yet!

Other tips she gave me for putting him to sleep included going back to swaddling him at every nap and nighttime and changing his pacifier. I had some NUKs at the house and she said that’s what she uses and they are just as “good” as the soothie kind but stay in So much better (and duh they are cuter!). So I pulled that thing out and it’s working a lot better…here is my poor looking son but hey he’s sleeping! 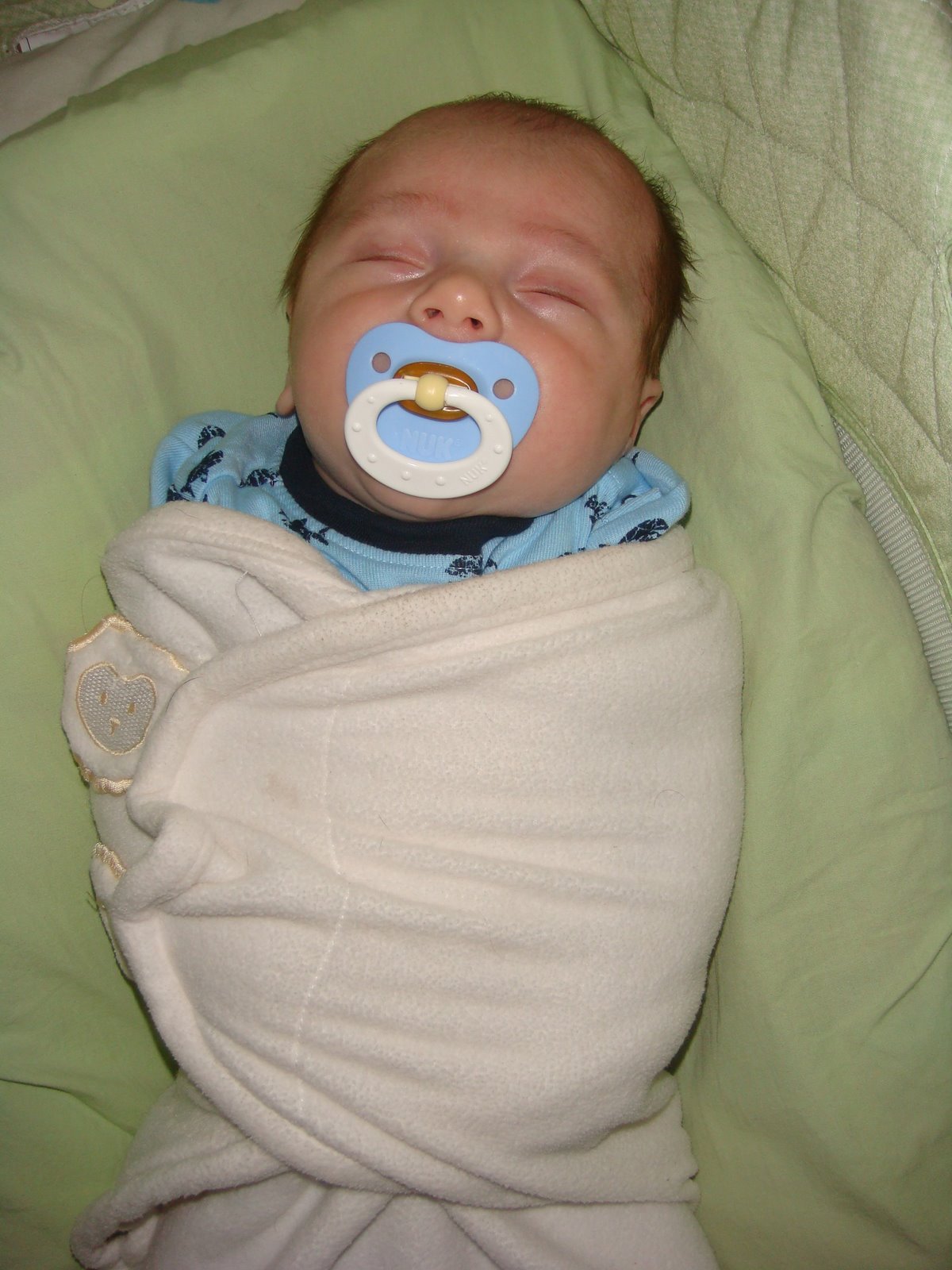 It was good for Zach to hear her Babywise advice as well! Zach wants to hold Kye until he falls asleep and then put him down. Stacy said it’s a big Babywise no-no and that she’ll hold her son until his eyes get heavy then put him down and let HIM put himself to sleep. I agree with this and she also said when he wakes up she will run in there (and not really do cry it out) to put in his paci but she doesn’t pick him up unless he’s been crying non-stop for 10 min. She will stand over his crib and say “shhhhh” or rub his back but won’t pick him up. She said the reason for this is that if you pick him up every time he’ll start to learn that when he cries he gets picked up so he’ll cry more often. You know me, if it works for someone then I’ll try it!

We discussed the importance of a nighttime ritual as well and she said she will feed her son, then bathe him, then read to him and he knows this routine. I know baby’s LOVE routine and it helps them be more content to know what is coming next. We already bathe him before bedtime, but I really like the idea of incorporating story time into that as well. She says that often her son will start to fall asleep during the story which makes putting him down even easier!

Her son was sleeping through the night by 8 weeks (I think that’s what she said). I asked her about my schedule and she did the 7 am start too (for those of you starting Babywise your morning time is the MOST important one of the day…do not vary from it ever!) and said she NEVER set an alarm to wake up for the midnight feeding so I’m not going to anymore. She said pretty soon he’ll drop that feeding and eventually I’ll be spreading him out to eating every 4 hours. Her son was born in September (I am not a stalker haha I only know his bday b/c it’s the same day as my brothers) and is sleeping 12 hours solid at night already! Sounds like she is a good person to take advice from 🙂

I think a tough thing for me with his napping is that he wakes up BEFORE it’s time to eat. She said when that happens (Babywise said he should be sleeping until it’s time to wake up) that I didn’t play with him enough (which makes sense since he was sleeping during his being held upright time) and that I just need to adjust it. For example, I put him down at 3:30 and he’s bawling wanting to get up and it’s only 4:45…not supposed to eat until 5:30. Guess I’ll keep holding that paci in and trying to get him to fall back to sleep! The joys of motherhood 🙂

I did talk to her a little bit about my weight and she said it looks good and that I shouldn’t worry about it AT ALL right now. Breastfeeding will take it all off (my question is…when?!?). She said I shouldn’t diet at all and that exercise is okay but not too much of it. So I’m probably going to start up my walks again (I stopped when I had some bad pain in my lower stomach and everything I googled said it was from doing too much too soon) and probably go 45 min to an hour per day instead of 30. We’ll see if it helps!

It felt super good to leave there and know that I won’t be back until next year for my check-up! Amen to no more OBGYN visits 🙂 Now I REALLY don’t feel pregnant anymore!!!