Before leaving the hospital they weighed me! I’m lucky in that I had my check up the morning I went into labor so I know exactly how much weight I gained overall. 39 lbs! Thank the Lord I had Kye the day I did or it for sure would have gone over 40 haha! Well when they weighed me I had lost 20 lbs in ONE DAY! So awesome! I had never planned on telling Zach my “number” but he was in the room when they weighed me and I said “Dang 20 lbs!” So he could do the math…let’s just say it was a number I never ever hope to see again!!!

Even though Kye didn’t get done with his circumcision until later than planned and I had to feed him before we left and we waited a million years for someone to come cut our hospital bracelets off, we still got out of there before 9:00. I know a lot of people will think I’m dumb for coming home that late but I don’t care. I really really wanted to get HOME and I’m so thankful I did!

Mom, Mr. Rusty, and Mrs. Charlotte were all at the hospital to help us get ALLLL our stuff to the car and to officially see us leave as a new family! We dressed Kye in one of the little outfits Mom and Mrs. Charlotte bought him. Zach wore his “push present” and I wore a dress with dressy shoes. I may not have looked hot, but I wanted to feel pretty when heading home! 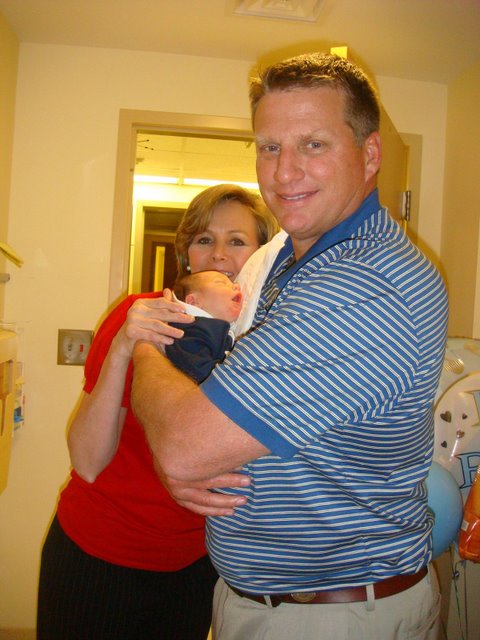 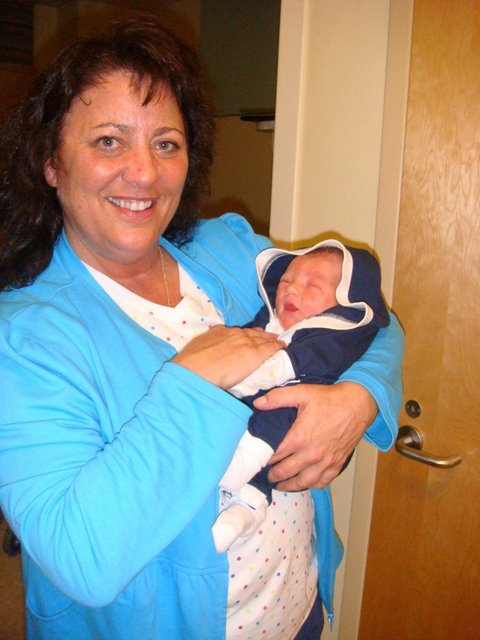 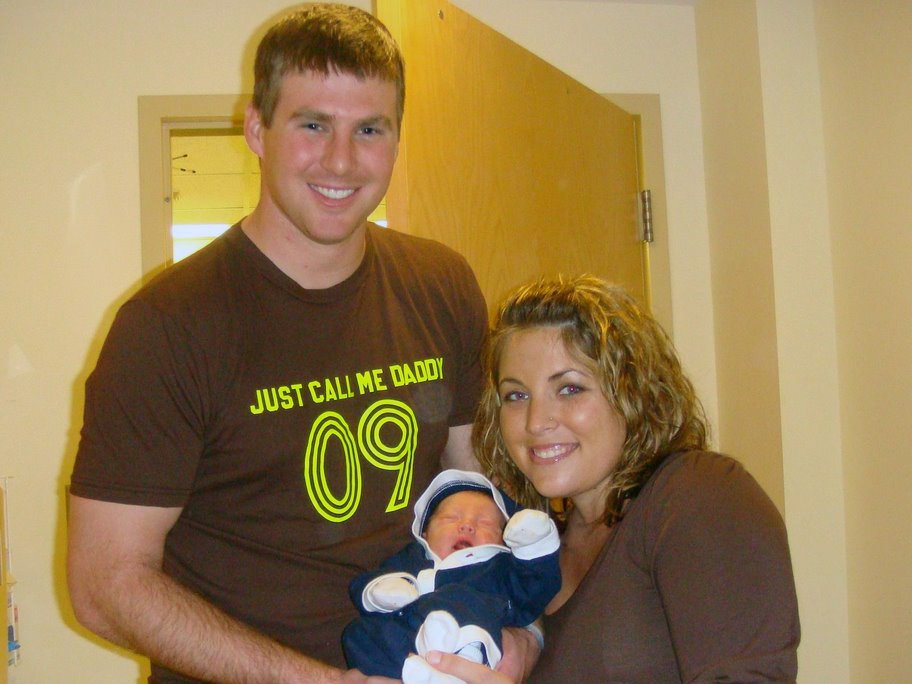 All the way to the car the child SCREAMED in the car seat. I was worried that he would be an awful traveler…especially with all the traveling we do! Zach is such a natural parent though and he said, “He’s got gas.” So he took him out of the seat, burped him, and he quit crying! He didn’t even let out a whimper the entire way home. 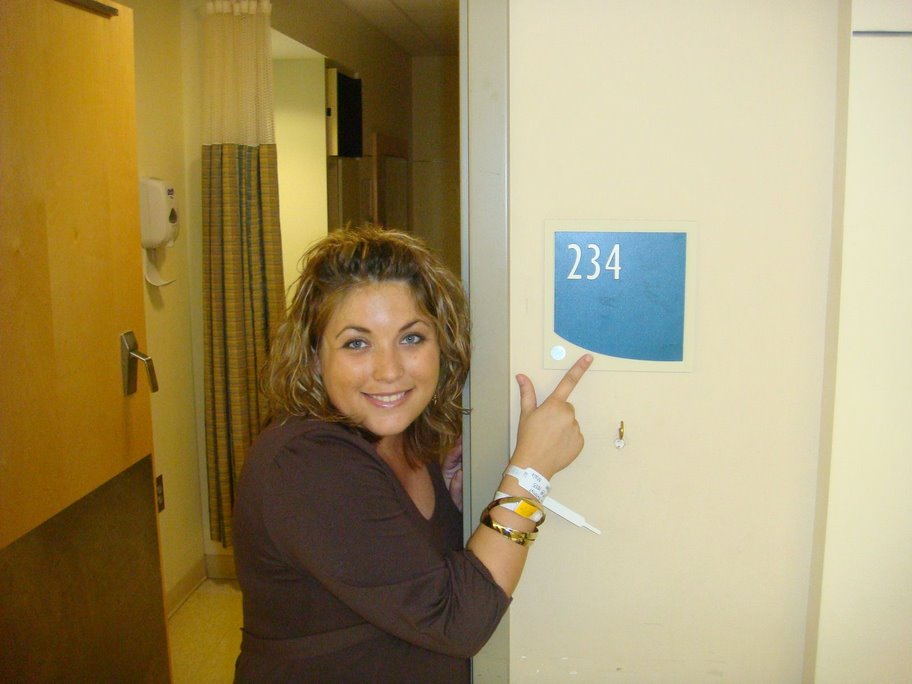 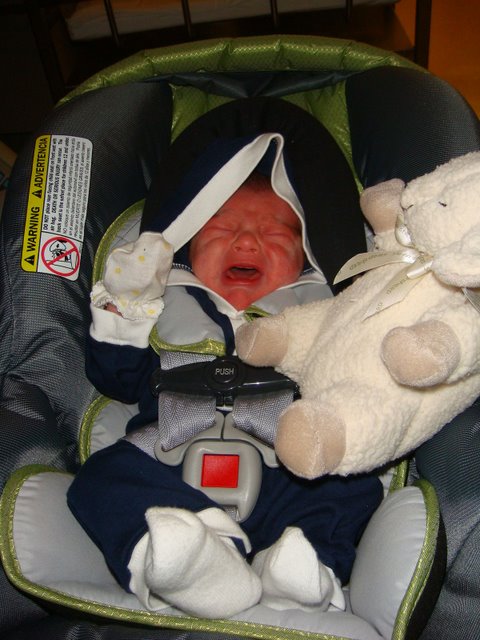 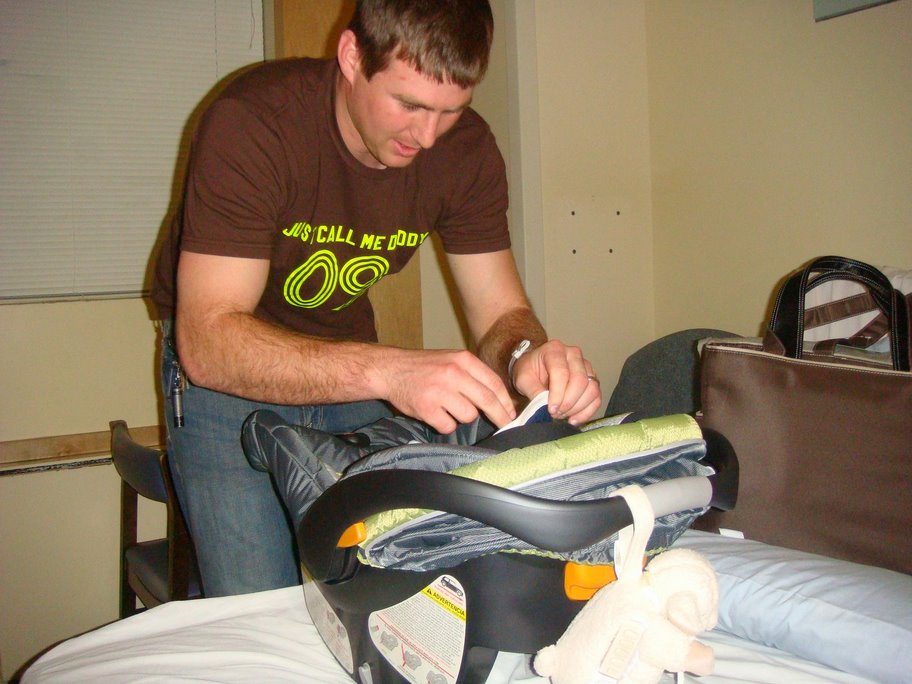 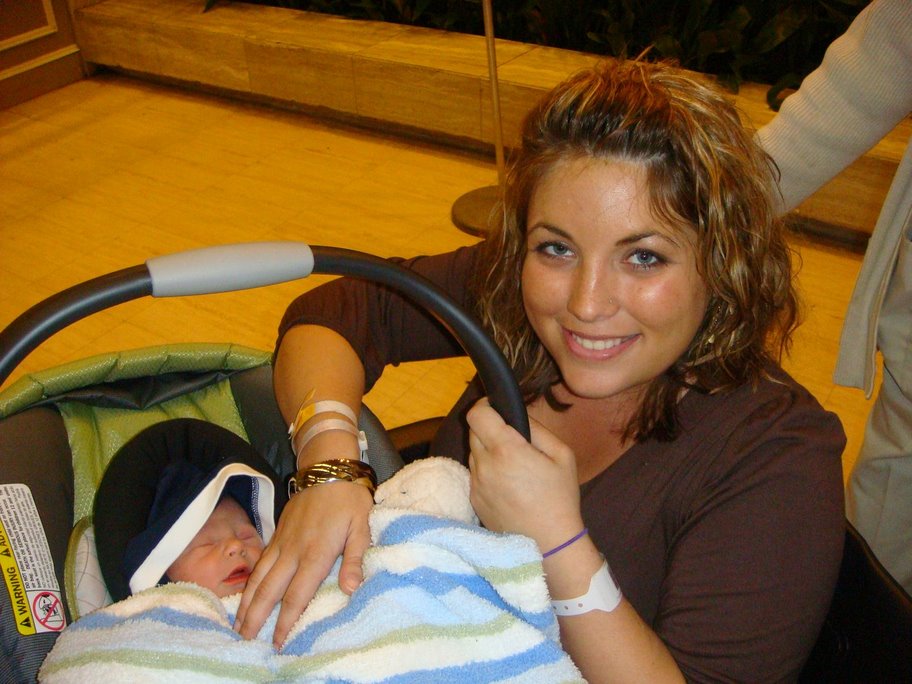 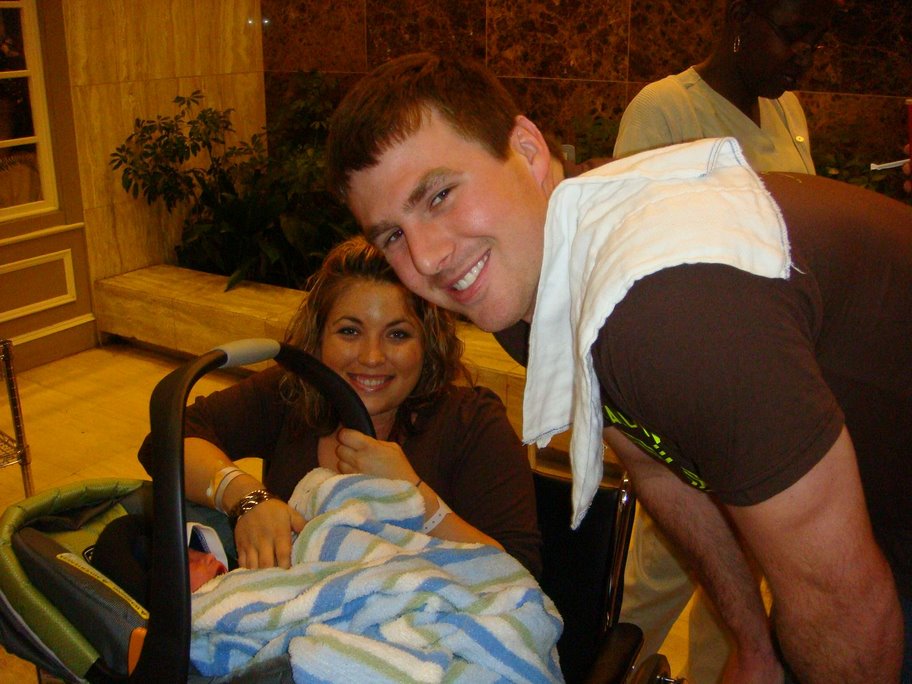 As soon as we got in the car my tears started to fall again. Mom said it was hormones, which is probably true but I’m just so thankful for having such an amazing husband. You should see him with our son. I know they say that a mother has a natural instinct but I really feel Zach has that same instinct. He’s just so good with Kye and so good at figuring out what he needs. The way he handled the car seat situation just impressed me and made me overly emotional! I think I said, “I love you so much” like a million times on the drive home. 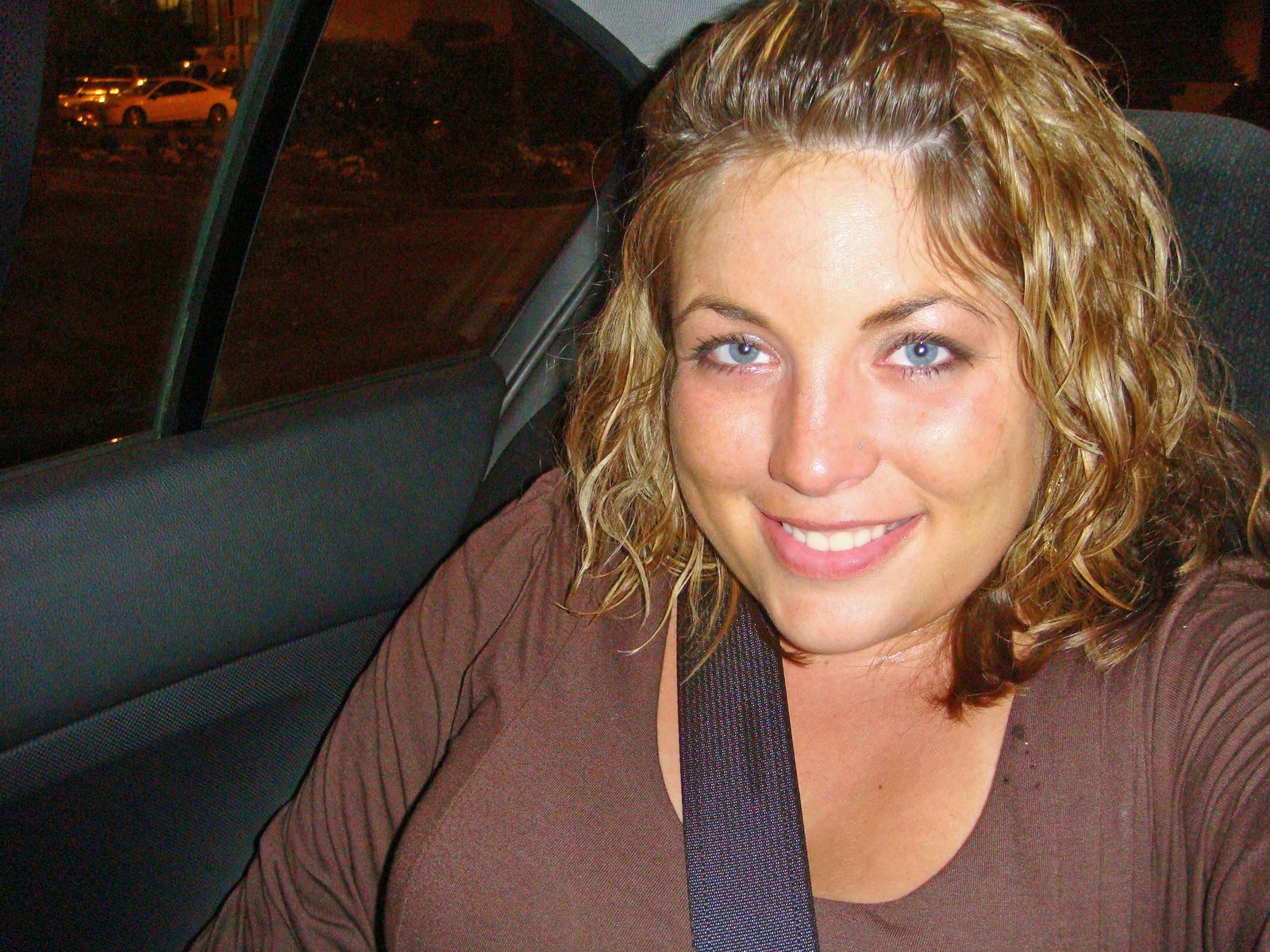 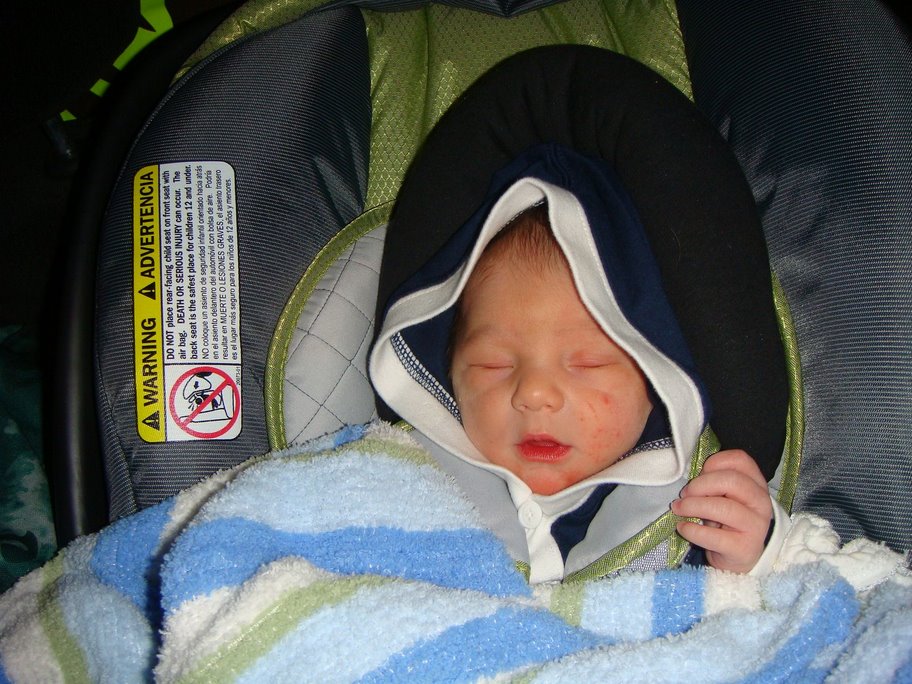 When we got home I went in to visit with the dogs for a little while and Zach stayed in the car with the baby. I thought they would be super hyper and pumped to see me, but nope. Before we left for the hospital we filled their Kong toys with a new flavor of treat (liver…gross) and put it in their crates with them. When I got them out of the crates to visit with me Levi cared more about the Kong than he did me!!! I went and told Zach to go ahead and come in with Kye and we’d see how they would do. 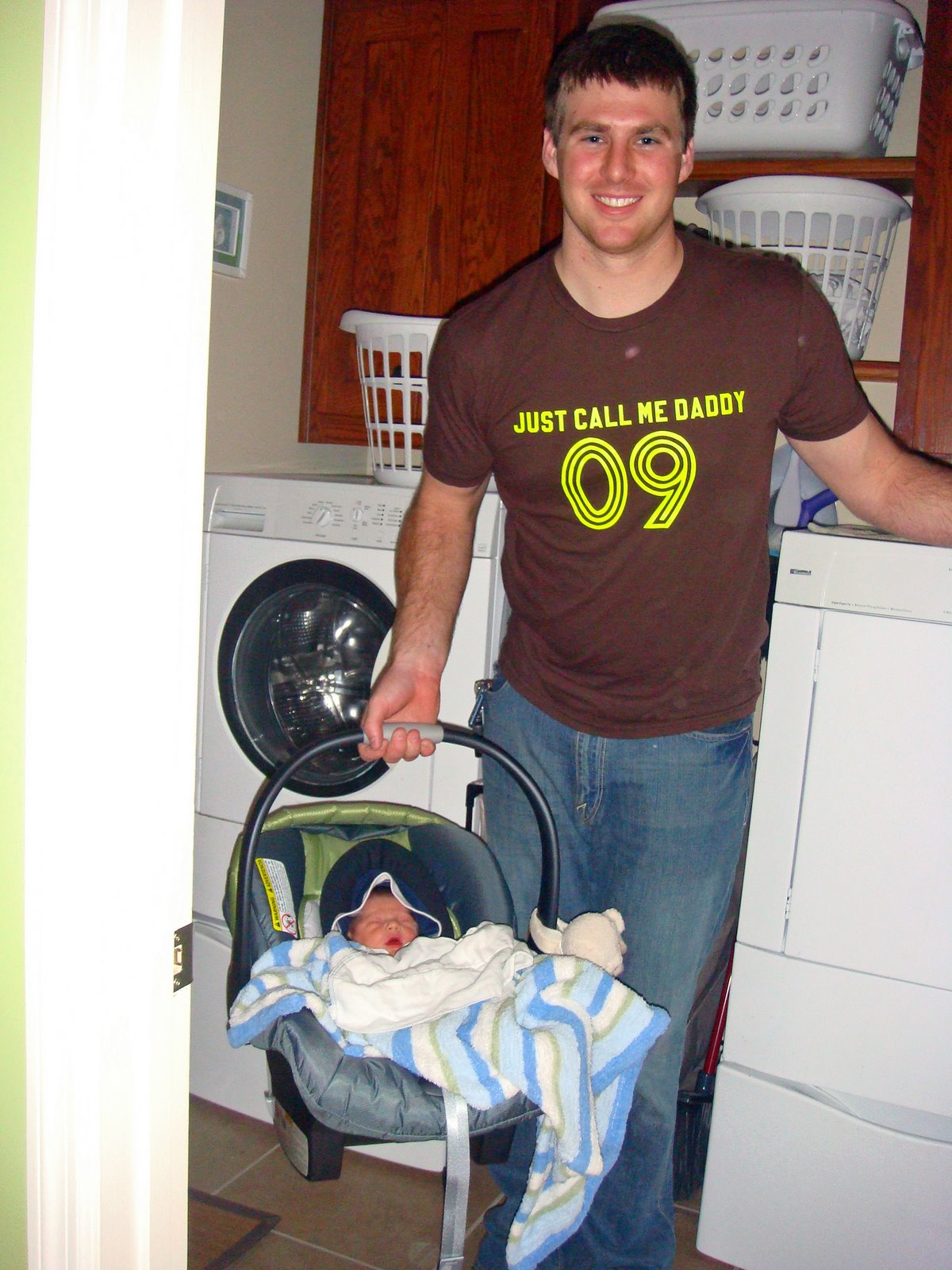 Other than breastfeeding, the dogs reaction to the baby was one of my major concerns while pregnant. Well I am so so so proud of my babies! They both approached the car seat and smelled him and were so excited (but not overly excited). To be honest, I have gotten jealous because they care more about the baby than they do me! Now when Levi barks instead of running to the door he runs to protect the baby. He also will follow the baby wherever he goes and will “check on” the baby constantly. If Kye lets out even a little sigh Levi is right there to make sure he is okay! Isn’t that precious? 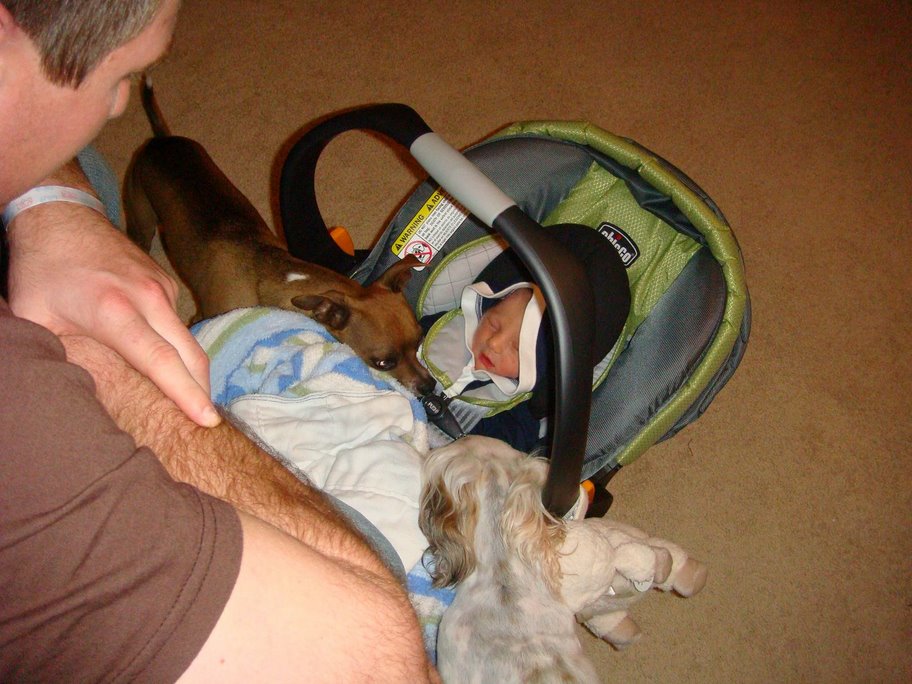 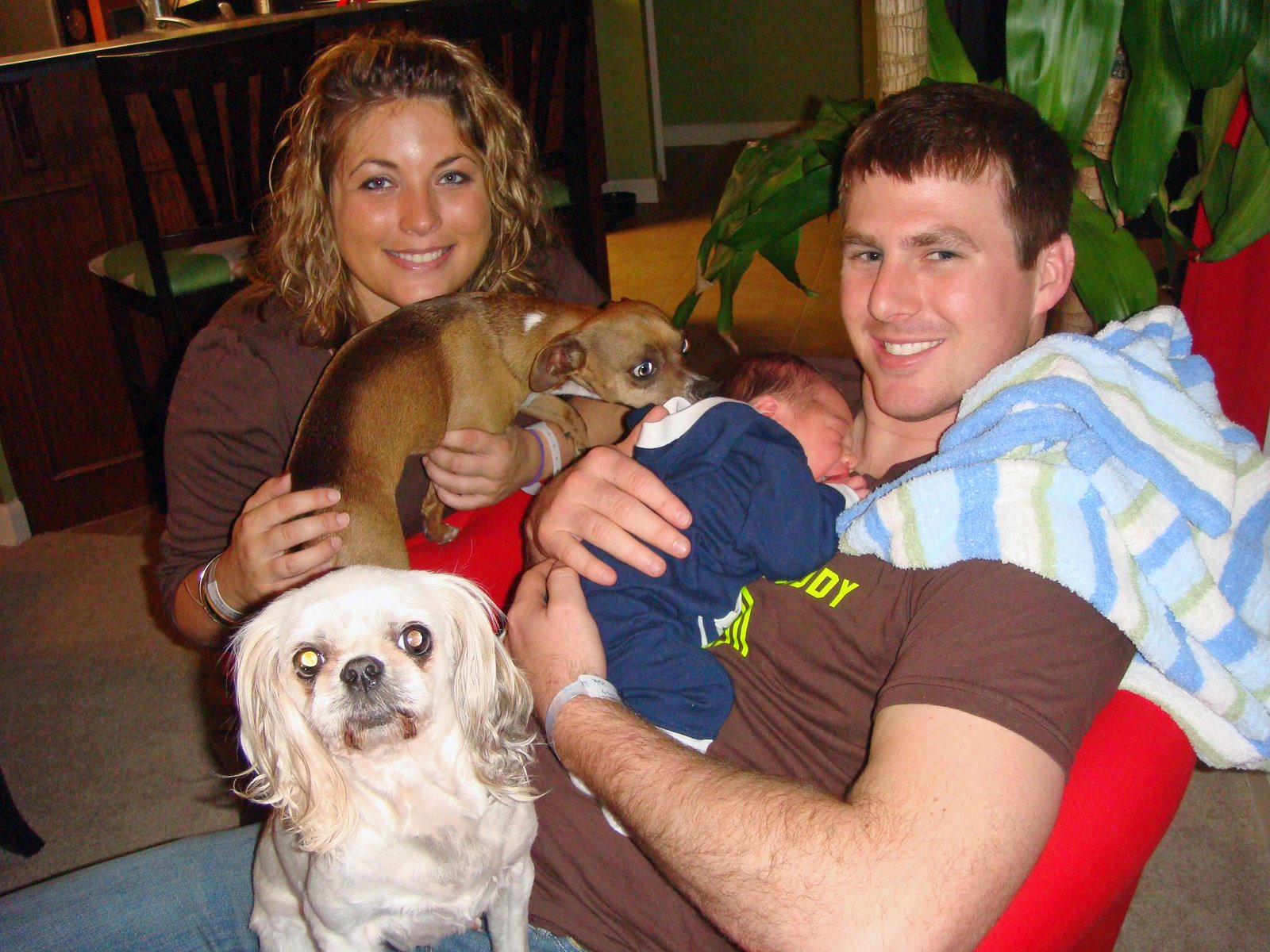