I had such a nice relaxing day yesterday and decided to continue the trend and go to bed early. I took 2 more primrose oil capsule things then we did the acupressure again and I was in the bed by 10! I woke up several times during the night but unlike usual, where I feel miserable, I just felt at peace. Very nice night and some awesome sleep! Got up at 7 and got ready for the dr appointment!

Had about 5 contractions on the way to the doctor, about a 20 min drive, but again nothing serious. I didn’t even want to mention it to Stacy but of course Zach wanted me to!

I’ve gained 2 more pounds (putting the total at 36…yikes)! When we got in the room I didn’t plan on telling Stacy anything about the “tricks” we’ve tried but she was sooo cool about it that I couldn’t help myself haha

She did another internal check and she said I’m still only 1 cm dilated, -1 station (which disappointment me but she said that’s still awesome), and 90% effaced. How much more effaced can I get without dilating? Dang! While she was down there I said, “You can feel free to scrape my membranes, I won’t tell.” So she did it! She just said that if I go into labor not to say anything, fine by me! I know you won’t tell 😉

It was a bit uncomfortable but Bradley is so great as I just relaxed and it wasn’t so bad. I tried to hold Zach’s hand but you can’t really hold someone’s hand and relax fully at the same time. She said that most people go into labor within 3 days which she was worried may mean Sat and she won’t be here but at this point…WHATEVER! Fine by me! The good news is the annoying midwife I can’t stand isn’t on call this weekend or next weekend so at least I won’t have her if I can’t have Stacy! Also after doing the scrape she said I went from 1 cm dilated to 1 1/2…at least it’s progress!

She said it’s totally fine to do the tricks and suggested nipple stimulation. She said walking really doesn’t do much unless you are already in labor. She said caster oil does work for some people but that she would use it as a LAST resort as it can make you miserable (I already planned on not using it). She also said that Zach should “make a deposit” hahahaha I think that’s my new favorite code!

She said it’s normal to feel the contractions like I was feeling on the way there and that since I do have a semi-high thresh-hold of pain that I may not even know when I’m in labor until I have a bloody show which she said I’ll probably have since I am so far effaced. She said when this happens I’ll be between 5 and 7 cm dilated.

I also asked her about the increased discharge (it’s been so bad I’ve been wearing double liners or a real pad) and she said it’s probably normal but ran a little test anyway just to make sure and they will call me this afternoon.

I’ll be 38 weeks tomorrow so I went ahead and took a couple pictures (wouldn’t it be awesome if these were the last?): 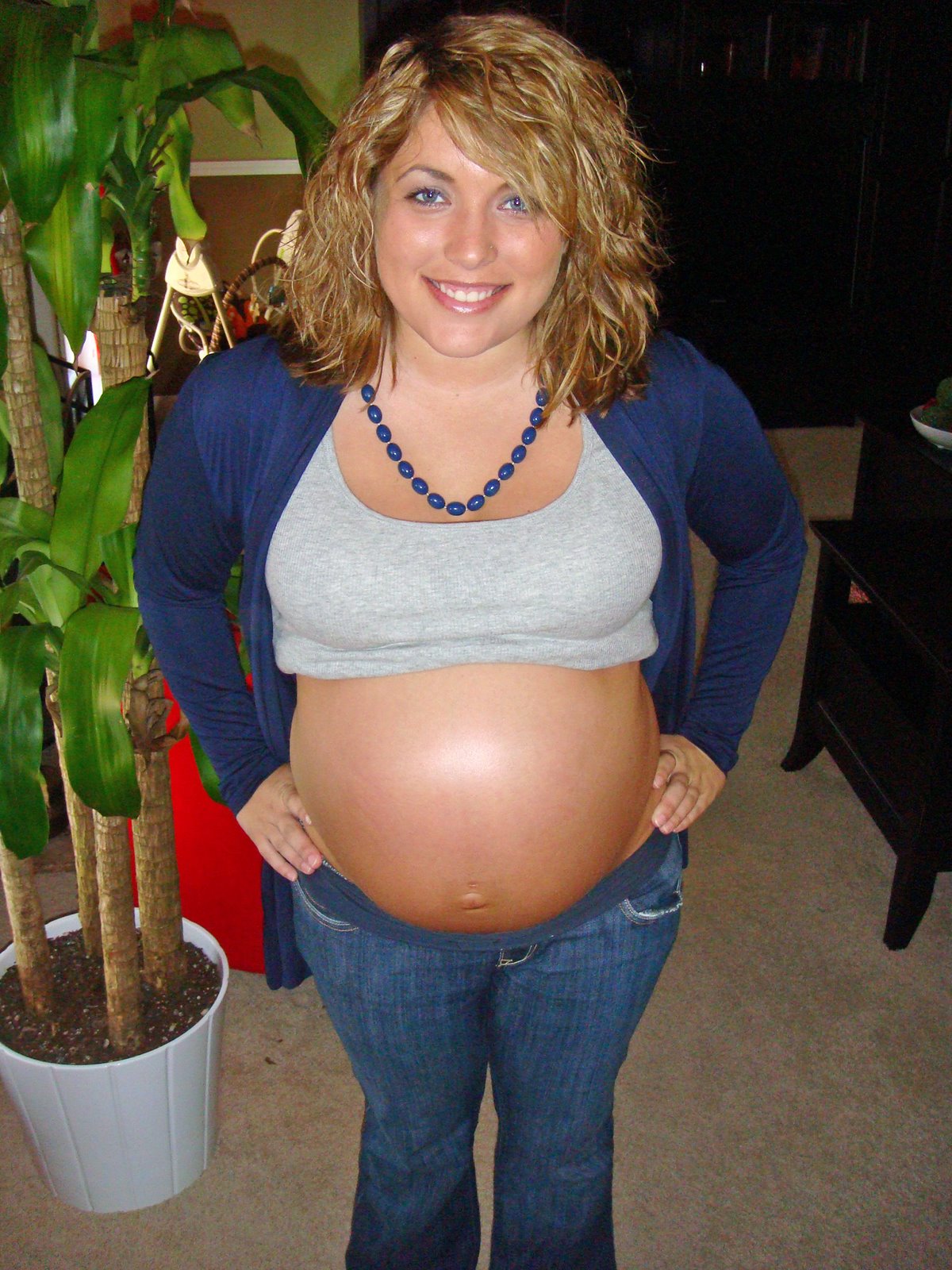 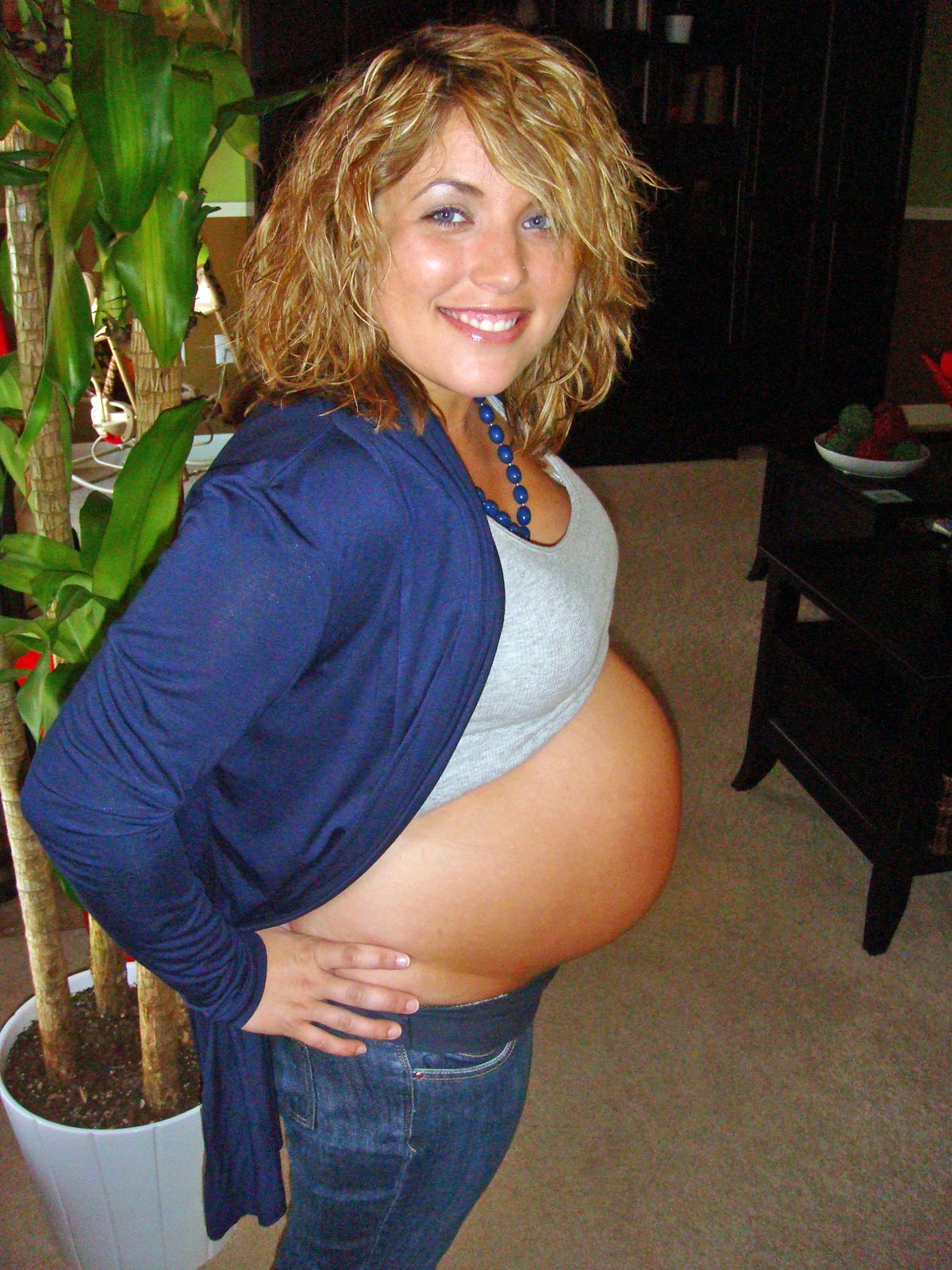 Also Danielle Conner (Phillips now!) suggested I try to sit on top of my washer. I just got down a few minutes ago! I finished my book on Jackie O (so good!). It was a pain getting up there because we have storage drawers under our washer so I had to use a step-stool then that didn’t work and Zach had to lift me! haha. I am out of stuff to wash so I washed our sheets but if I try it again I don’t know what I’ll wash! Hopefully it’ll help some. 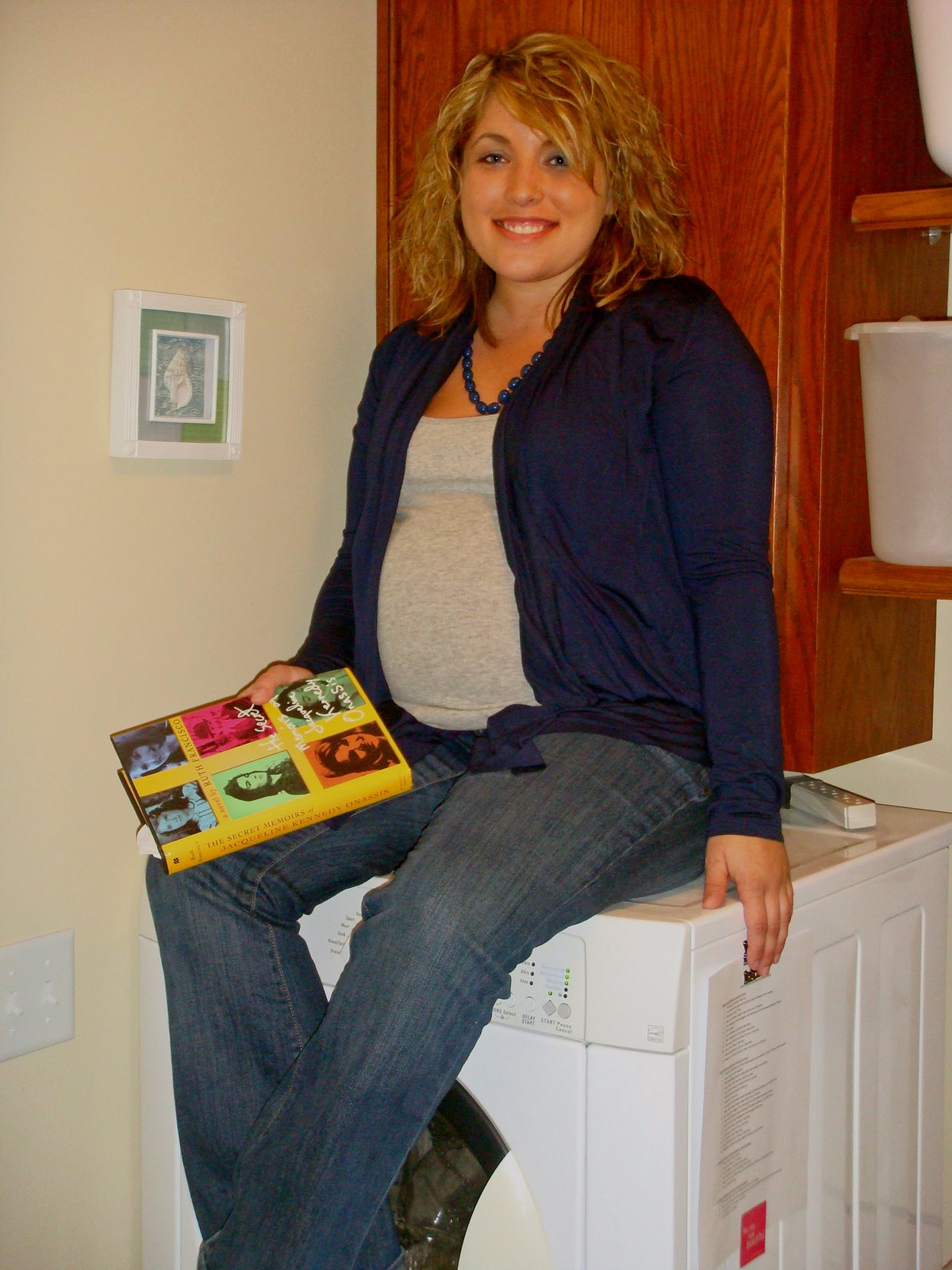 I’m feeling really good about everything and very positive today! Hopefully it’ll be soon but Zach and I aren’t getting our hopes up. Stacy did say that she thinks I’ll be able to do it all natural just because my demeanor about it and all. Unfortunately she also said that since I was born in the posterior position (face up) that my baby has a good chance of being in the same position and there isn’t any tests they can do to see about it until I’m in actual labor. So we just need to pray for everything to go okay!