So while in California I hit the 19th week of my pregnancy! It seems like it is FLYING by!!! It’s really hard to believe that I’m about half-way there and I hope the next 4 1/2 months go by as quickly as the past 4 1/2 have so I can hold my baby!!! I’m so ready!

Since Ashley, my usual tummy picture taker, wasn’t with us I tried to do one myself but it didn’t work so great! 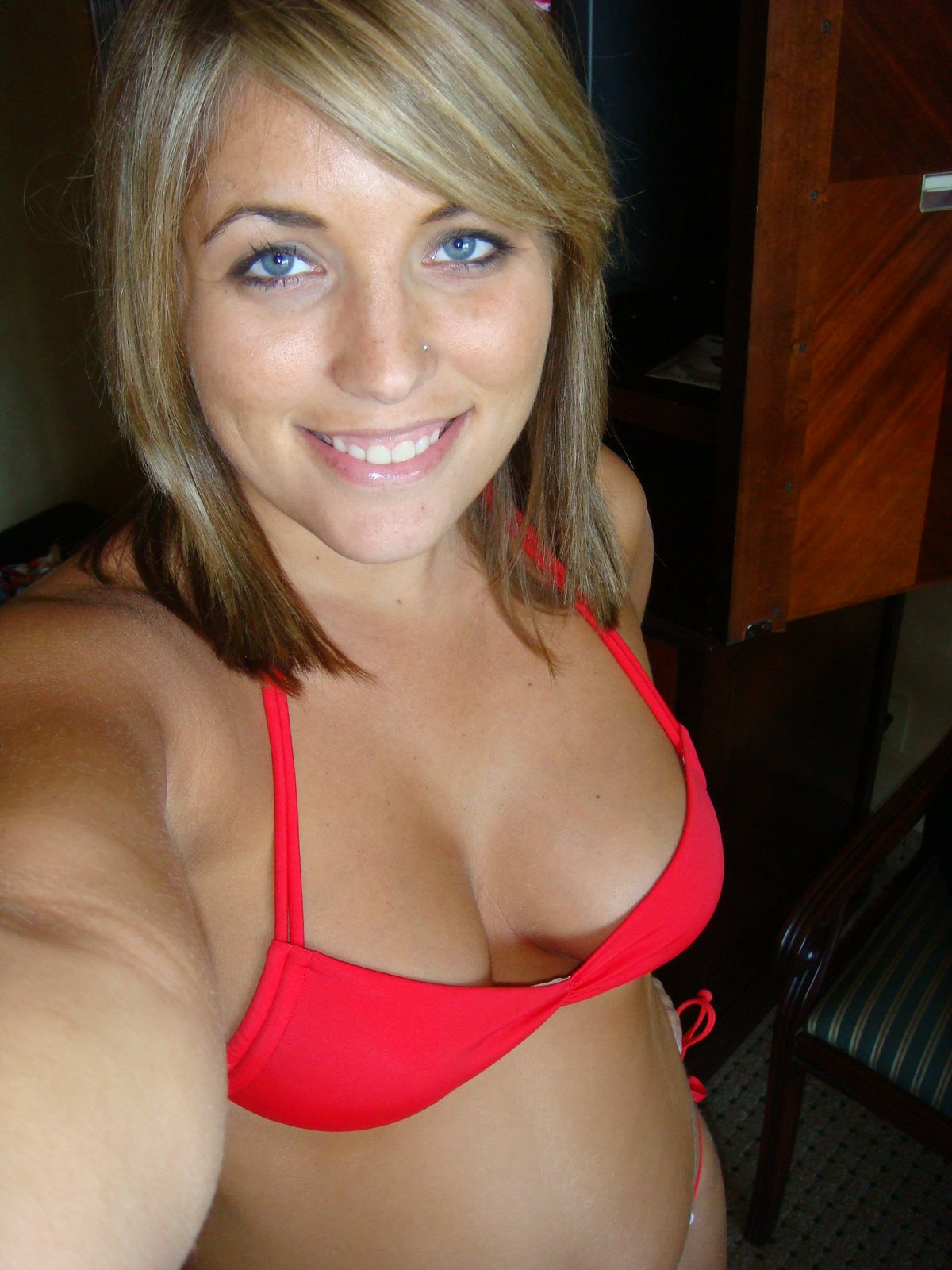 So these ones will have to work that Zach took for me! 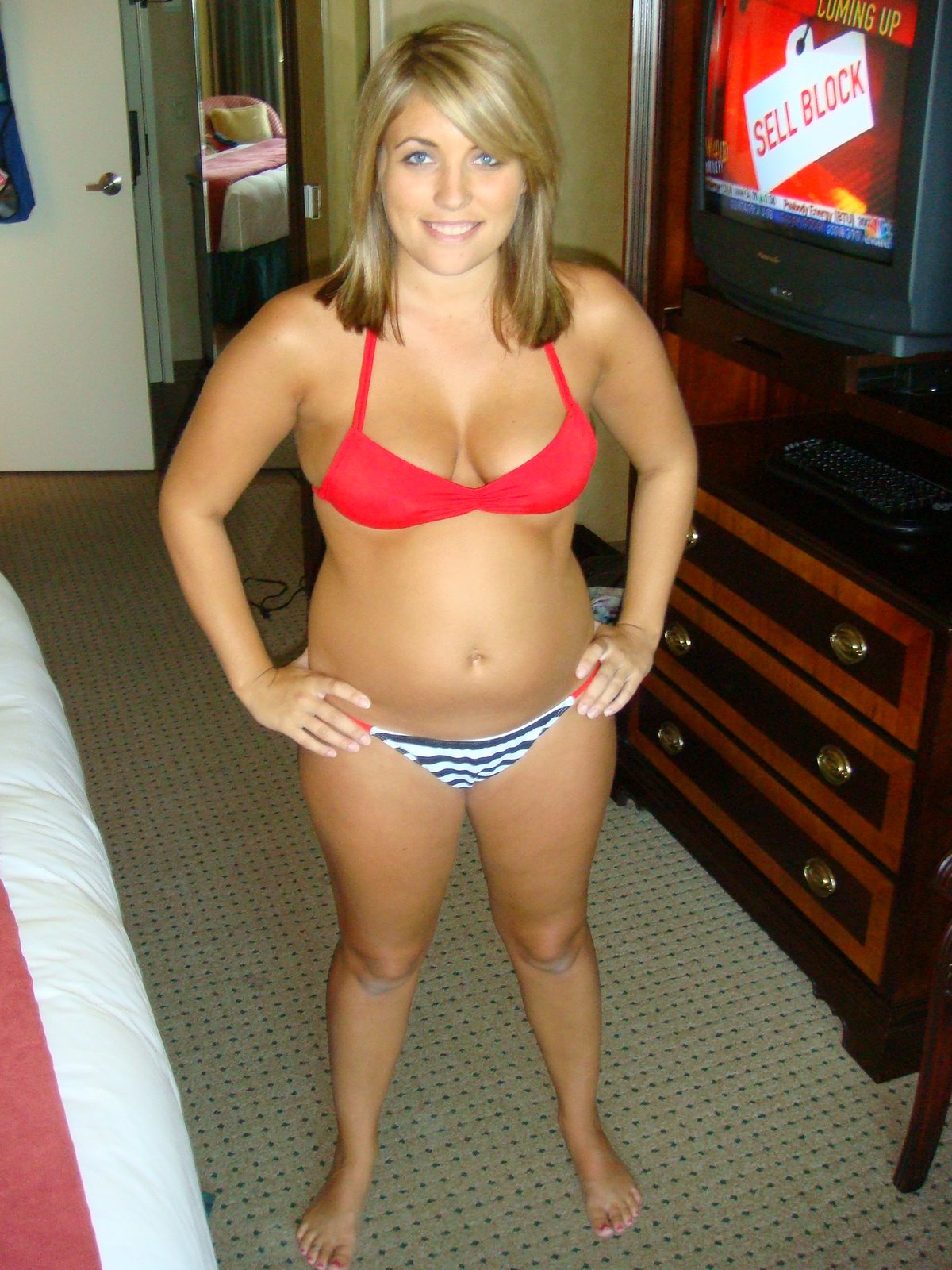 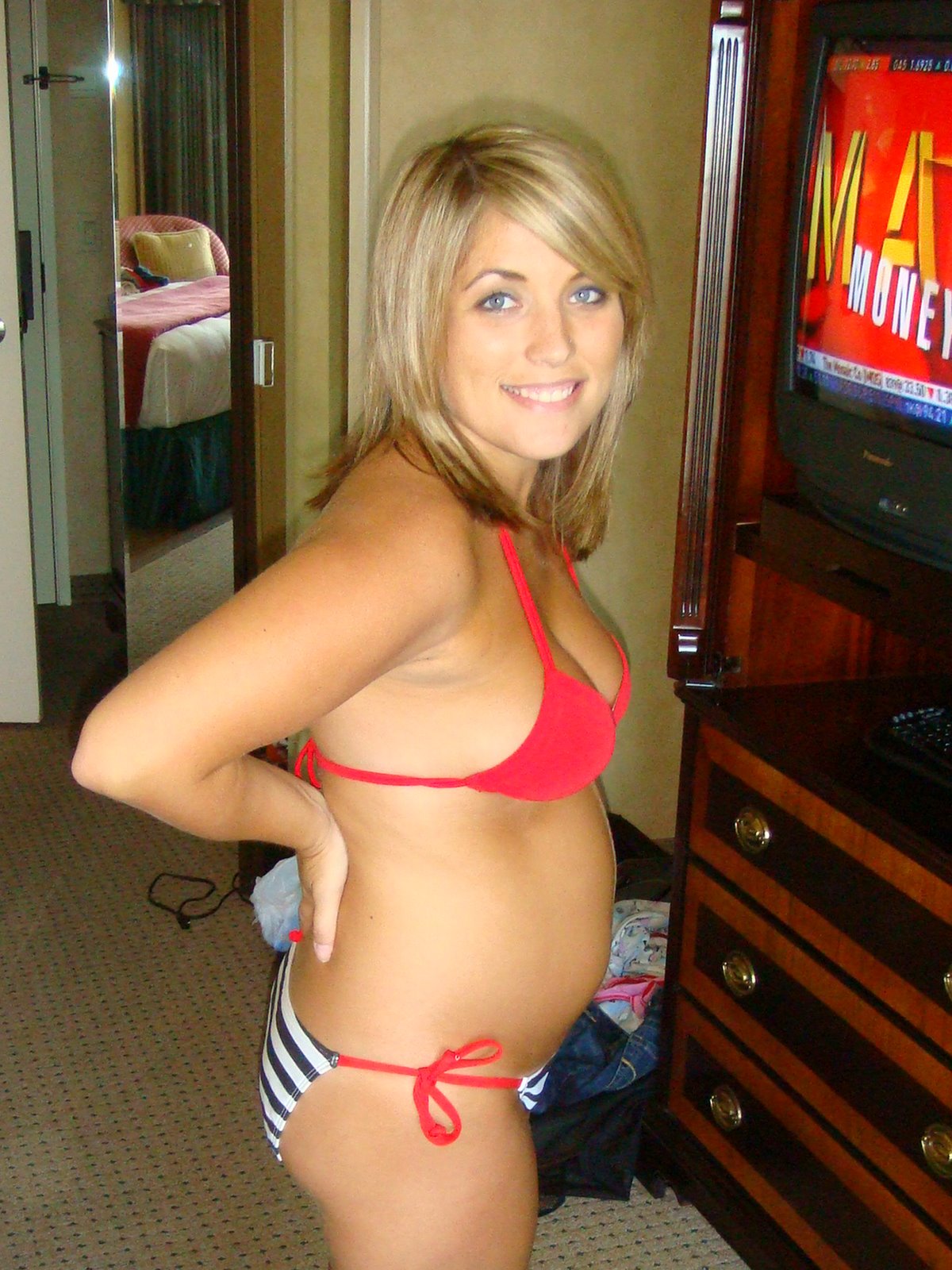 I have been suffering from very bad intense migraines since I hit the 13th week but it seems like (knock on wood) that they could be behind me! I’m feeling so much better now! Also while on the trip I woke up one morning with very bad upper back pain and my neck was killing me! We decided my size Small sports bra that I’ve been sleeping in will no longer cut it. I went to Victoria’s Secret today and get measured and I have gone from a 34C to a 36D! I couldn’t believe that!

Everyone tells me that the “girls” will never be the same after having the baby, especially after nursing, but really who cares? The only thing that bugs me is that I have several awesome 34c bras that may not ever get worn again! I already decided that the next time I change size (because I guess they can STILL get bigger than this!) that I’ll go ahead and invest in nursing bras so I’ll have them once the baby gets here 🙂 Victoria’s Secret has just come out with some so I’m pumped for that!
While being bigger in the chest is annoying I am glad that my chest still sticks out more than my belly but I’m sure that will change with time. My belly button is still an inny but it feel so funny and looks so flat! Also, thank the Lord, my stupid hole from my belly button ring (that I took out 3 years ago but STILL has not healed shut) hasn’t stretched yet.
I have noticed more stretch marks on my chest and on my thighs. All the stretch marks are on the sides though so they aren’t that noticeable and I just keep rubbing that Cocoa Butter and cross my fingers they will fade someday! A lady today told me that if I only gain in my tummy that it’s a boy and that if I can everywhere it’s a girl…I have no clue if I’m gaining everywhere or not!
I am to that in-between stage where my regular clothes don’t fit but my maternity stuff is too big! And STILL not ONE person has noticed that I’m pregnant! I promise that the first stranger who comes up to me and asks me when I’m due or how far along I am that I will HUG them!!! I can’t wait for that moment because that will officially mean that I am no longer beer-gut girl and have evolved to pregnant-girl!
On the plane from Atl to Ca the lady in front of us was on the Aflac trip too and she was pregnant, due in Dec! Her belly was much more obvious and it was slightly annoying that she was getting all kinds of special attention and just because I don’t look pregnant to anyone I didn’t get any 🙁
While in Asheville, NC on the Aflac trip back in July we met a girl another who was pregnant and due in March like me but of course I couldn’t say anything because we hadn’t told anyone yet. I saw her again in California and she looked so much more pregnant than I do! It does kind of worry me a bit because it seems like I am so behind where I should be with showing…but the doctor says I’m perfectly healthy so I try not to let it bug me! I know once I get HUGE I’ll be thankful for this time! haha!
I’ve been feeling the uterus pains the past couple days so I know that my uterus is expanding to make more room for our baby (look how huge it is in the 3d picture!)! They don’t really hurt just feel like intense bubbles in my lower tummy. I’m less tired and sleeping better so I think I’m about to finally get to the whole the-second-trimester-is-awesome phase! It’s about time!
We’re still waiting for our baby furniture to arrive but I ordered our baby bedding! The actual crib bedding is back ordered until late Janurary but the accessories should be here soon so we can start planning the room! I know I want to do bright paint colors and incorporate animals somehow, I’m hoping Crissy can help me because Stevie’s baby room is awesome!
Here’s a link to our bedding! http://www.diaperbagboutique.com/asp/show_detail.asp?sku=HOP1120&refid=FR93-HOP1120