We finally got Kye back on track with his well-visits and got it moved closer to his birthday! His 9-year-old well visit was in AUGUST.

His 10th birthday checkup was the day after he turned ten which was truly so perfect – and worked out great for him because it meant he got to miss school the day after his birthday. Since we’d been up late that night prior and he hadn’t gotten to even turn on his Nintendo Switch yet, I let him have some free time that morning to just ENJOY his birthday gifts! 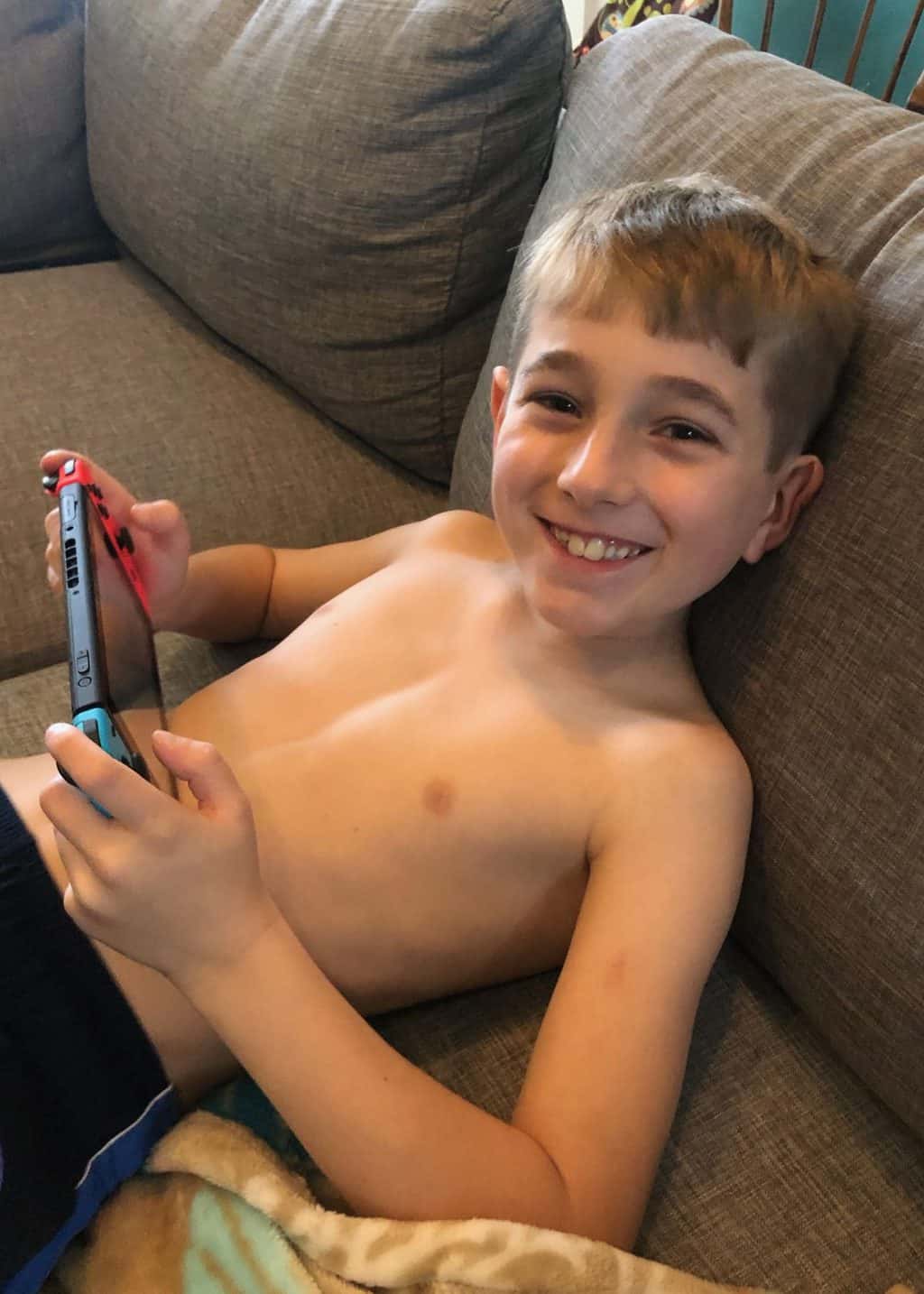 I also let him bring the Switch along for his checkup. With Britt’s well visit we waited 90 MINUTES so I knew we’d probably have a long wait. Kye and Spear had their appointments at the same time (which I appreciated) but they were both at 2:45 in the afternoon.

This meant that Tess had to skip her nap. Spear had to be woken up VERY early from his nap. And that I was worried Britt would get off the bus to an empty house (thankfully Zach ended up being home!). 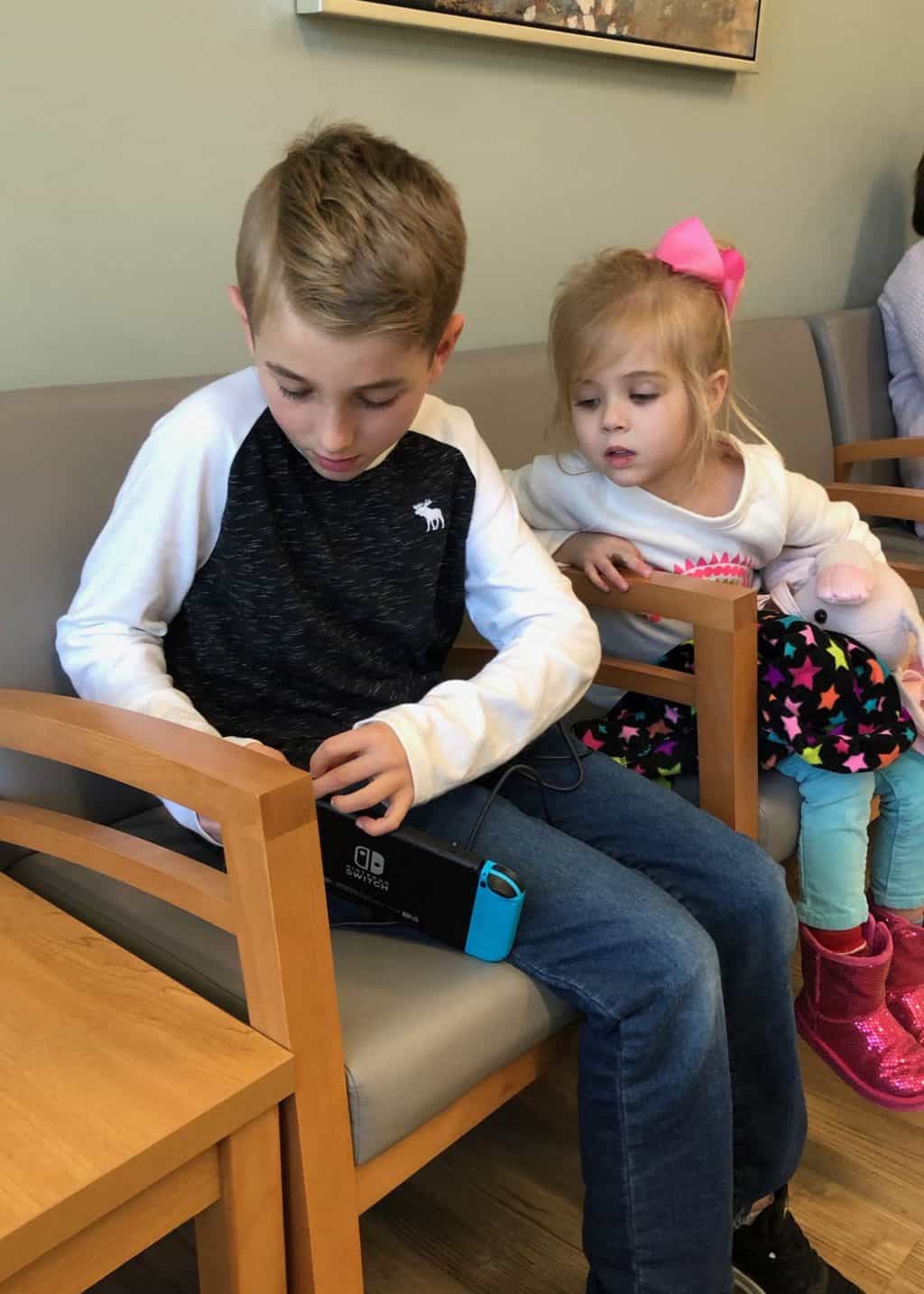 It was NOT her well visit so she didn’t technically even have to be there but she was an EXCELLENT tagalong and behaved so well and was so patient! 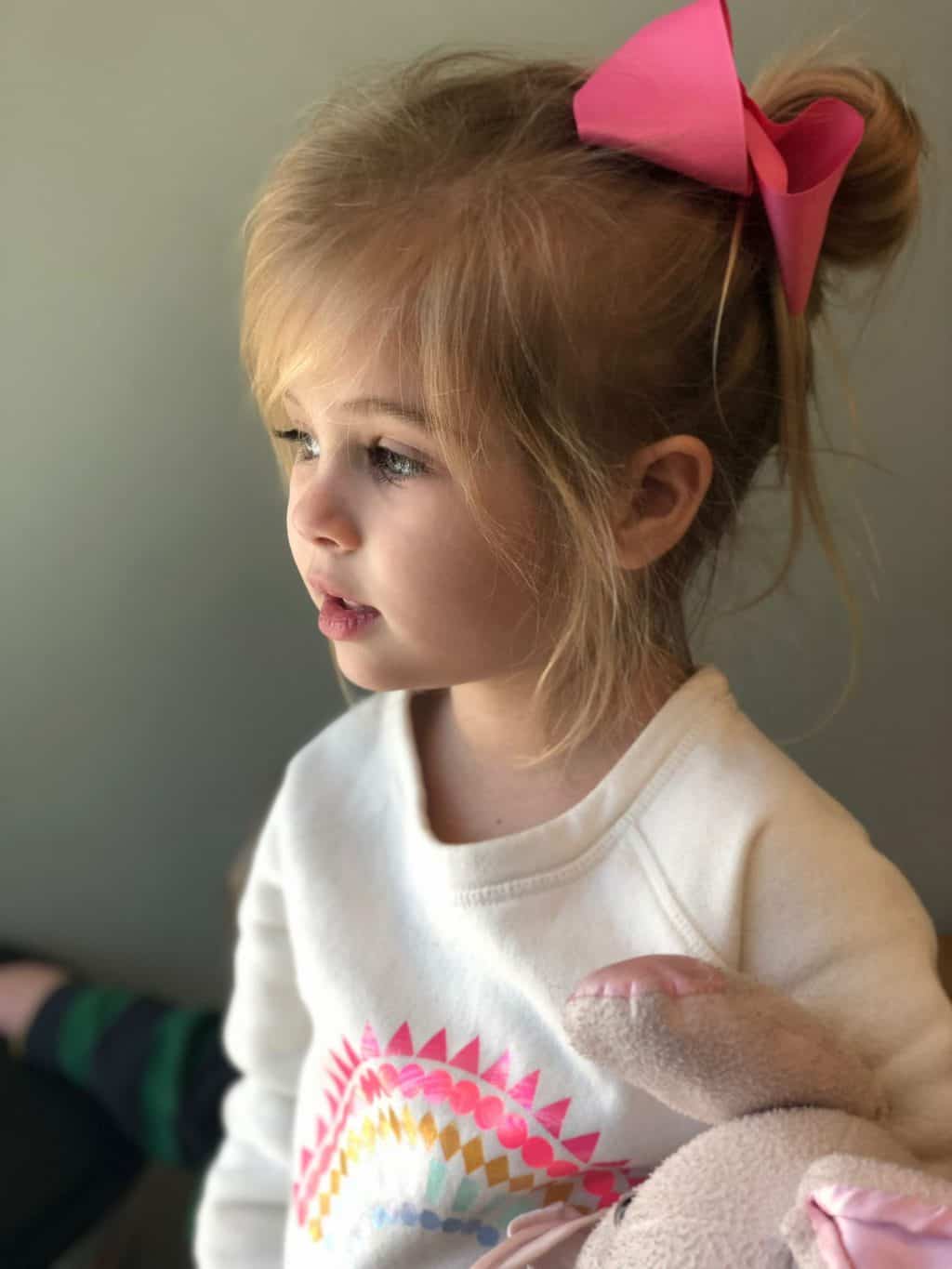 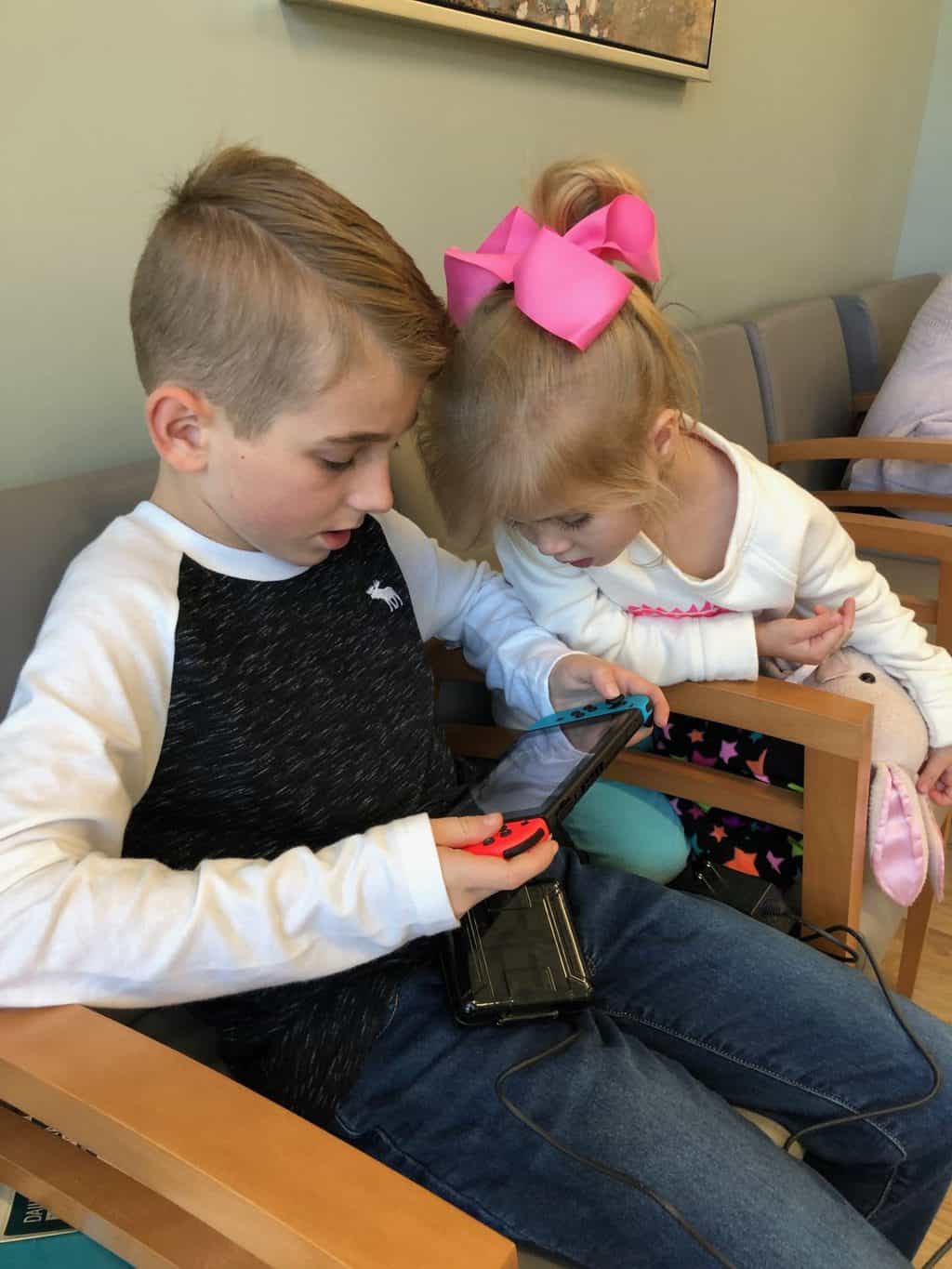 Spear has not yet taken his first step and I KNEW it’d be discussed during his check up so I used the long time period in the waiting room as a chance to work with him. I tried and tried to get him to take that first step but it just didn’t happen! He was being super sweet the entire time, especially for being so tired! 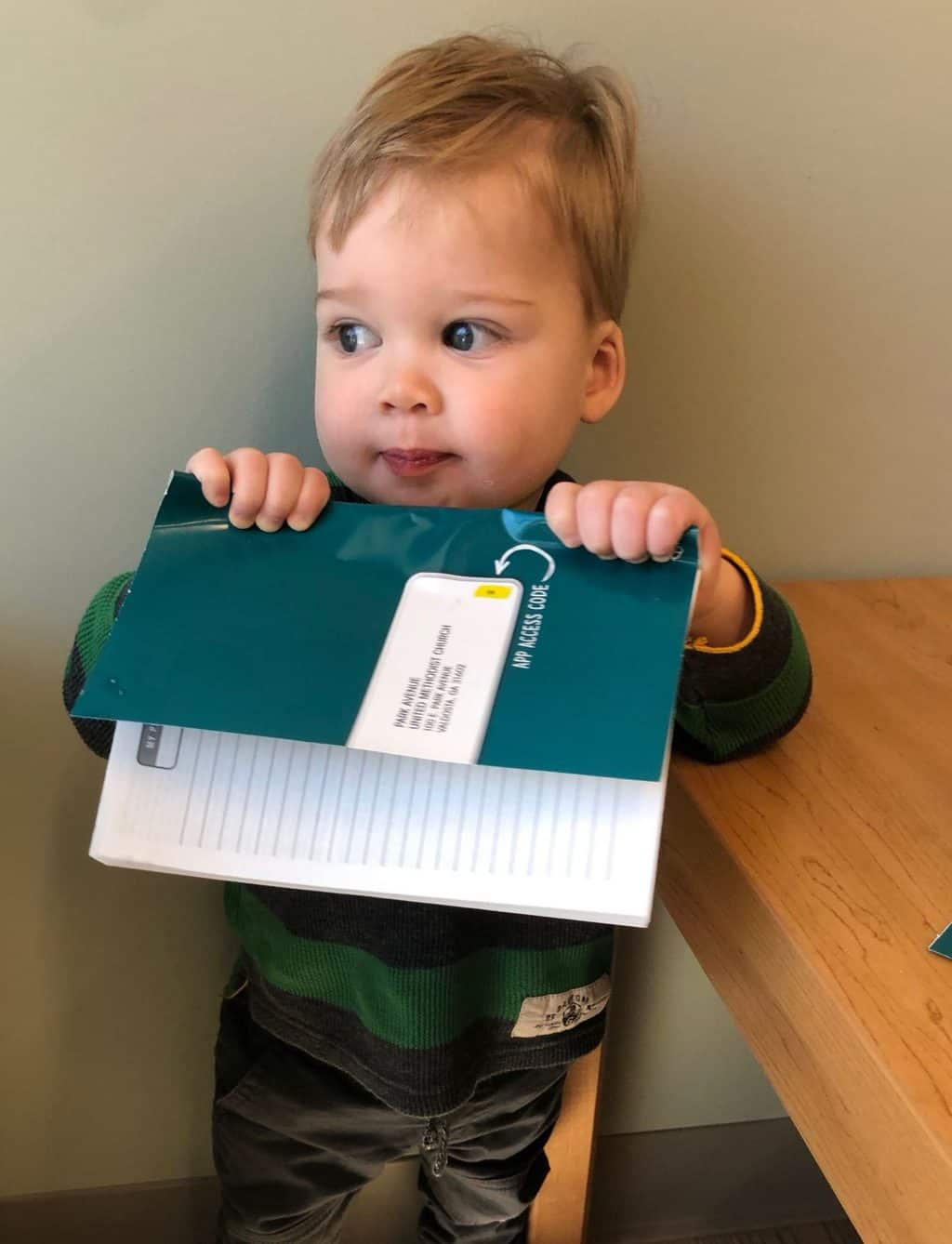 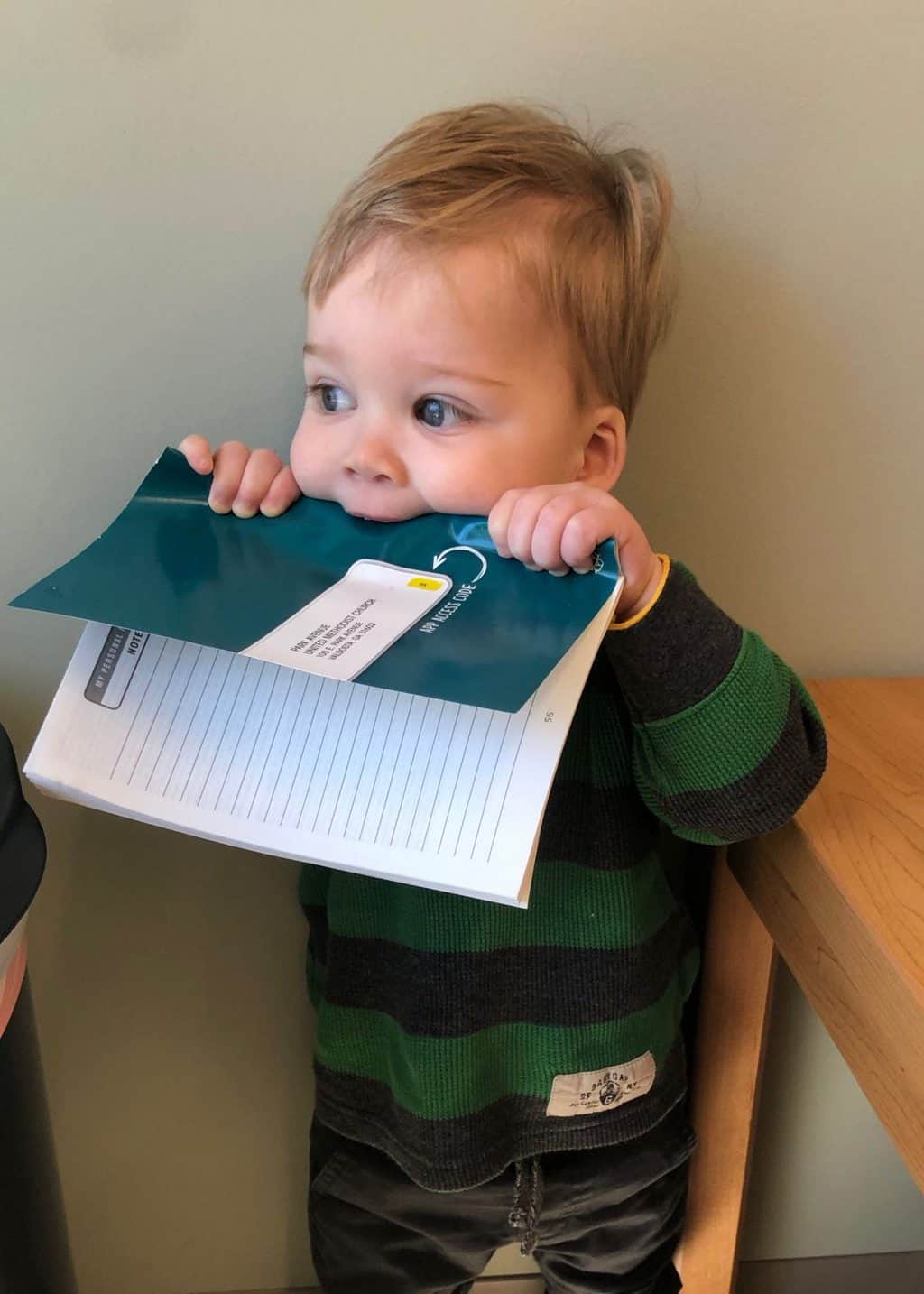 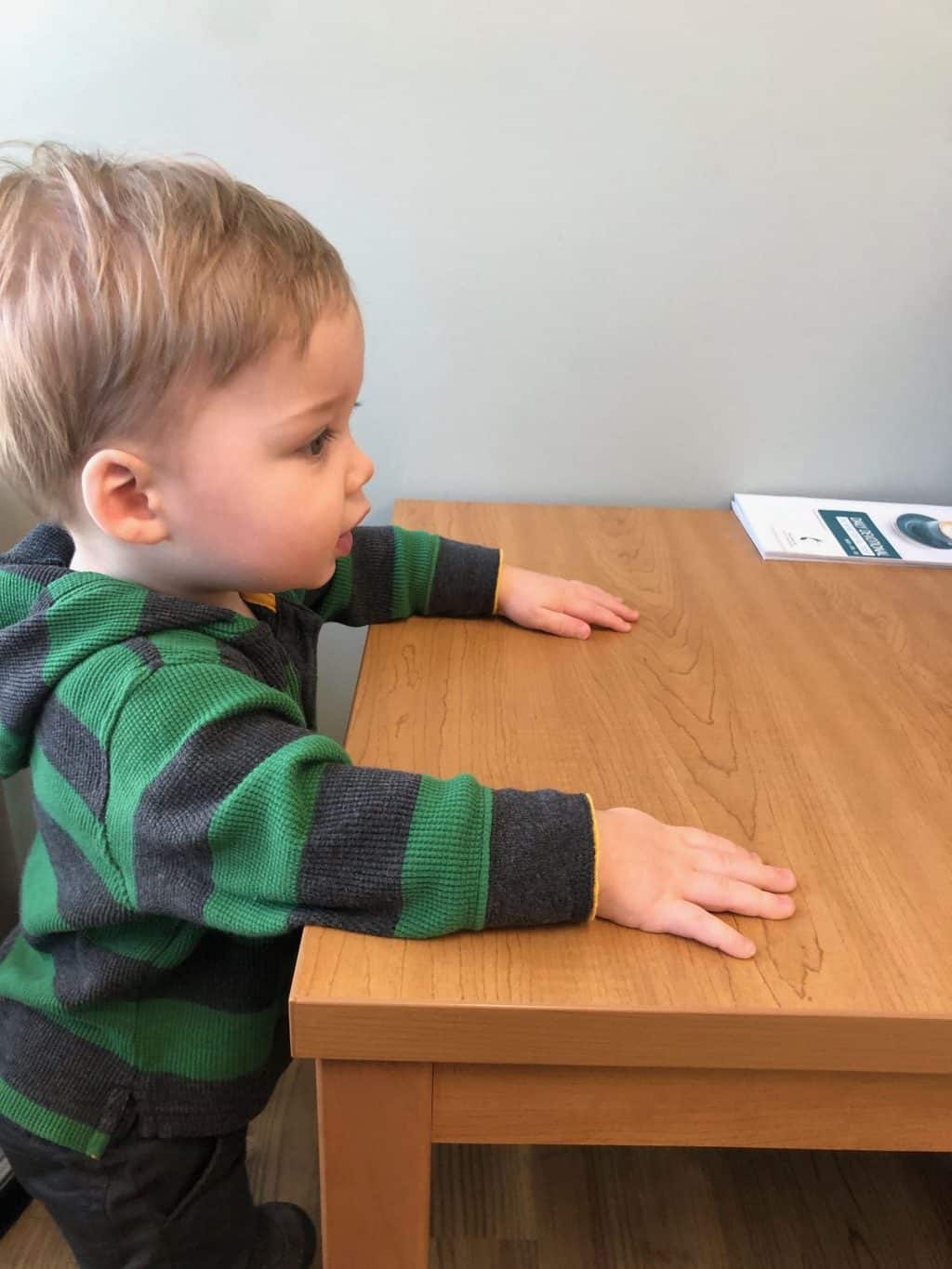 Flirting with all the ladies at the front desk 😉 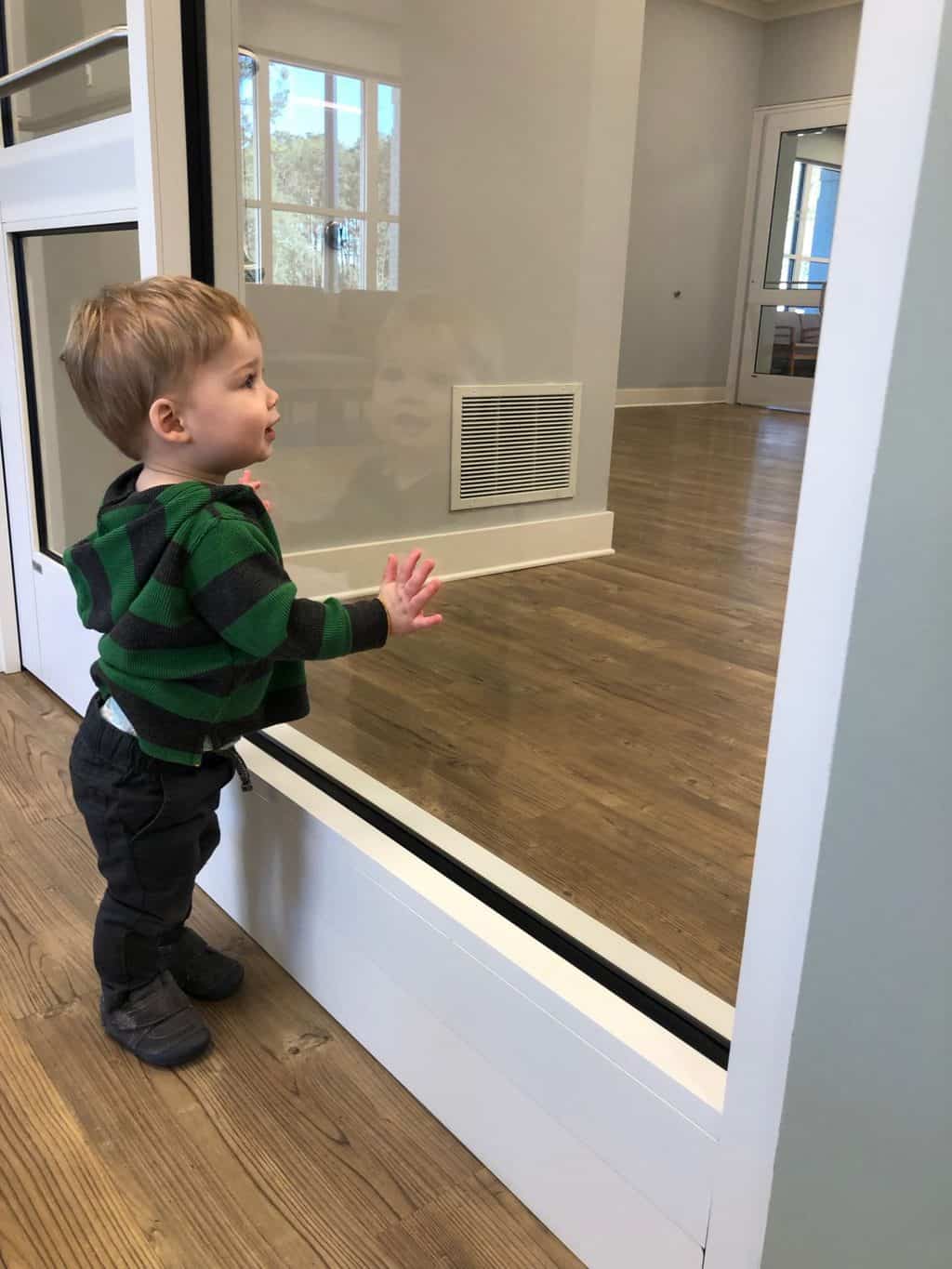 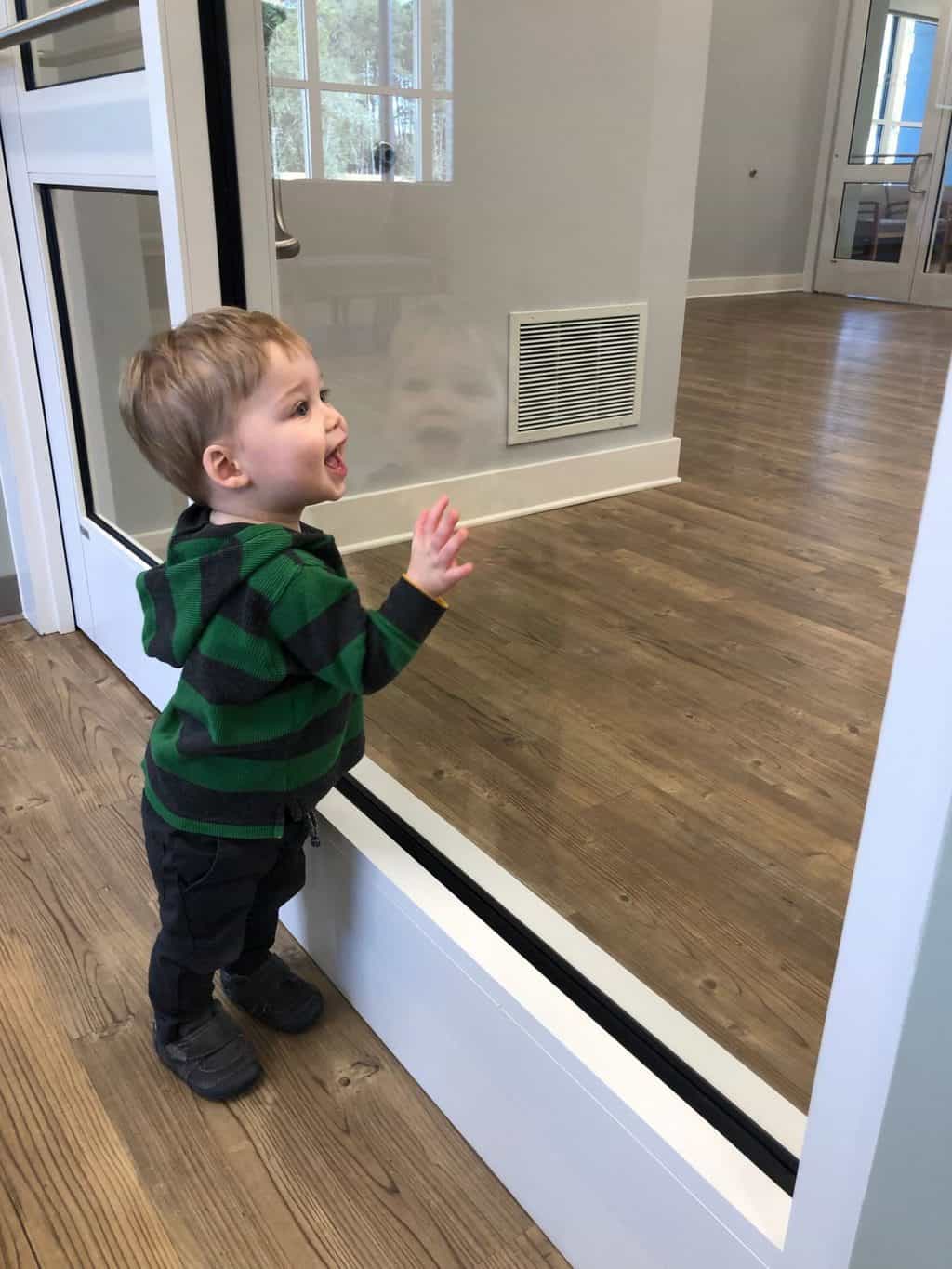 I will go over Spear’s stuff first. This was his 15 month well-check and DID mean shots. It meant extra shots for Spear as he had to miss his 12 year ones and then when Zach took him in to catch up with them they were out of one of the vaccines so this appointment got him totally and completely caught up on his shot routine!

The dreaded paperwork to fill out: 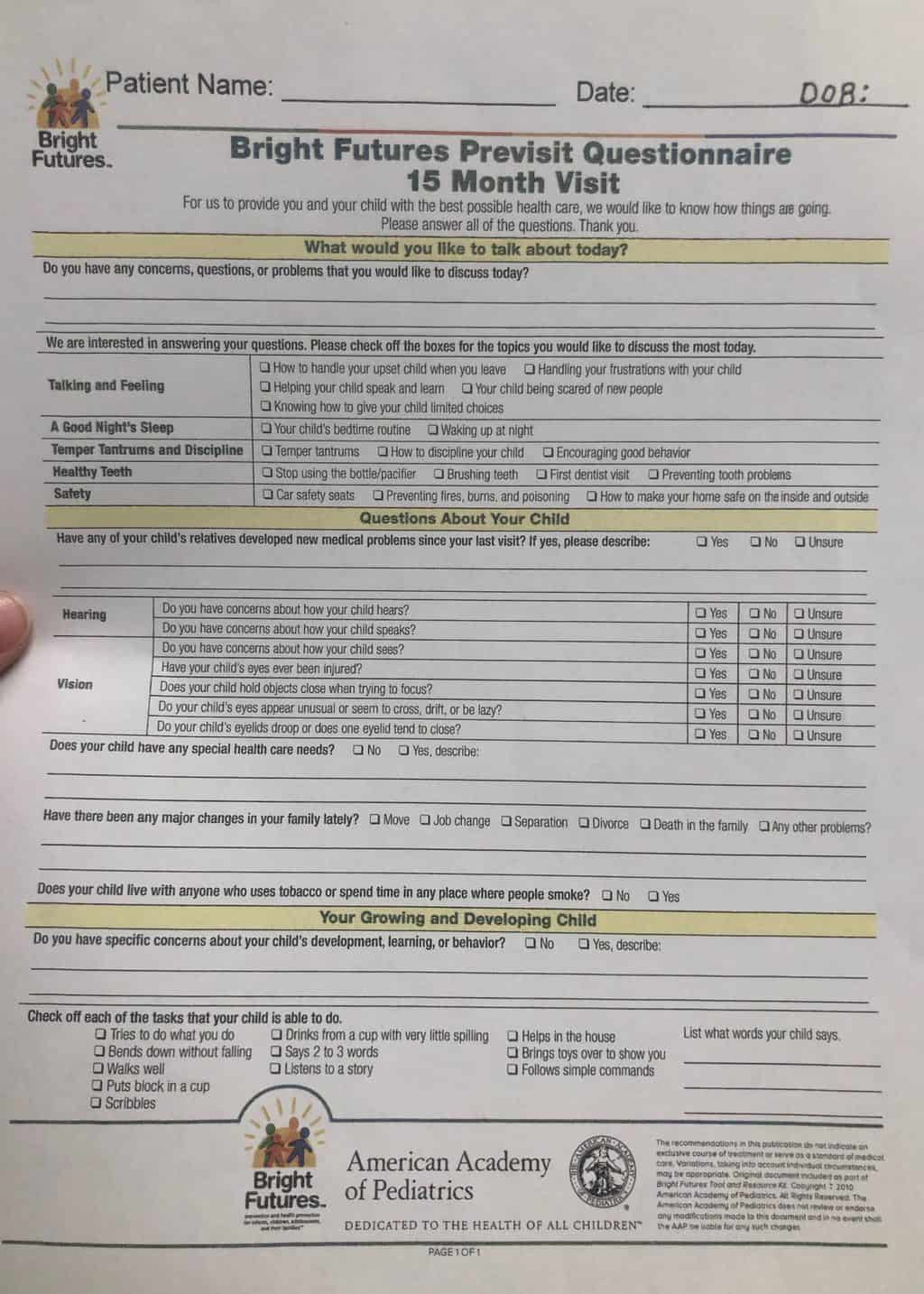 Here are Spear’s stats at 15 months:

At 15 months here are his siblings’ stats:

In comparing, Spear is taller than Tess but shorter than Kye and Britt at the same age. He’s MUCH shorter than Kye was which I think will be so interesting to watch. Kye had growth delay concerns but Spear has two short bio parents!

Spear is also heavier than Tess was but not by a whole lot. This doesn’t surprise me as Tess was my smallest baby all around. Spear is equal with his stats and continues to grow so the dr has no concerns about any of his growth stuff!

Here are some things we discussed about Spear:

It was tough not having Zach there for the shots and Kye left the room but Tess wanted to stay with us. She was VERY interested in the whole process which is a good sign for her goals of being an “animal doctor” someday 😉 Spear did as well to be expected with being SO EXHAUSTED and just OVER it by that point! 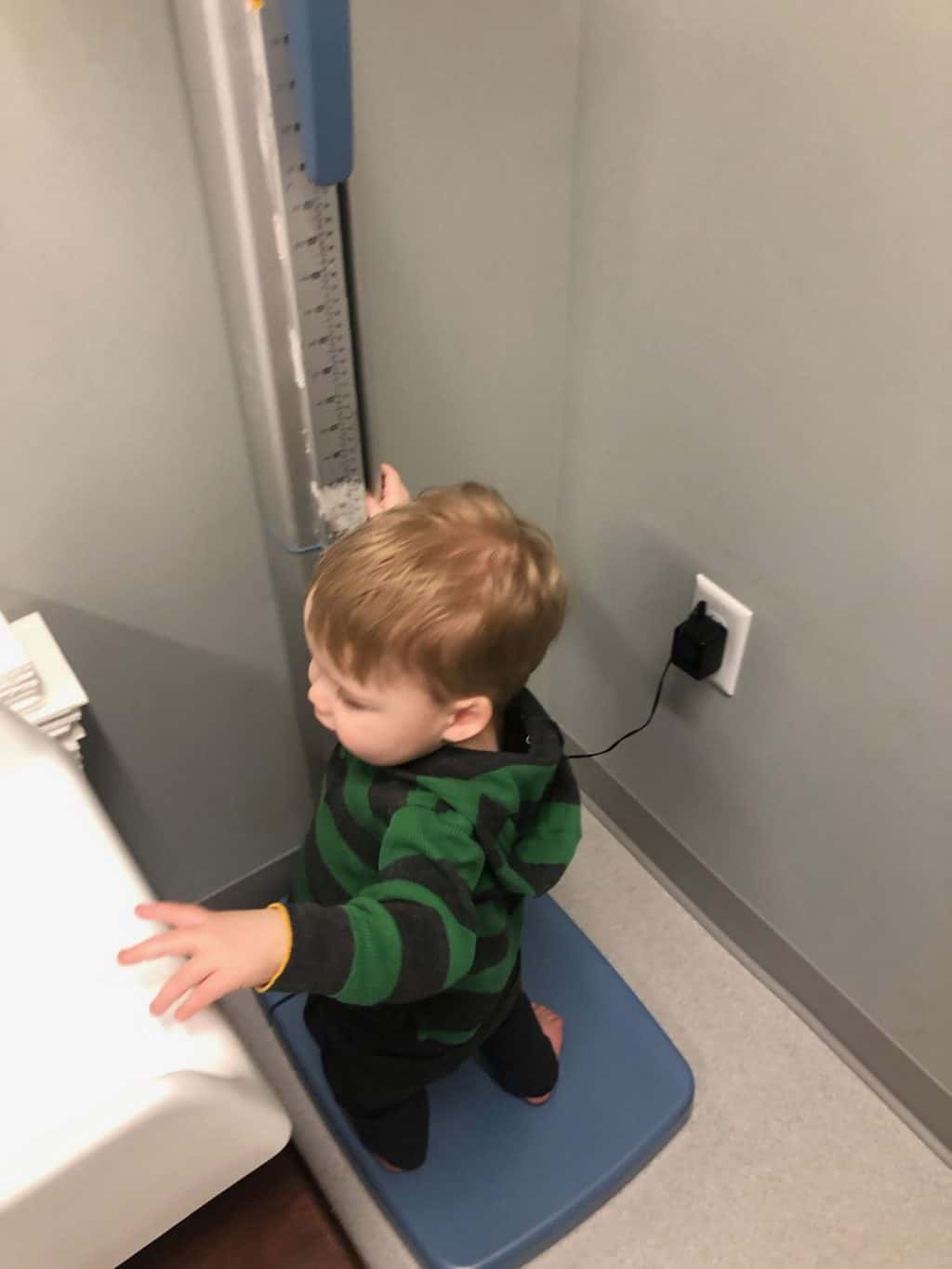 He did great with his vision and hearing tests and they said there is NO reason to schedule an eye exam. I needed some pretty hardcore thick glasses when I was in 2nd grade so I’m always on top of making sure my kids don’t need to go see the eye doctor!

He did only grow 1.5 inches in the year time period and they like to see a full 2 inches of growth. However, I’m not sure what they are considering the year. Are the considering it at his last well check? Which was in AUGUST? Because if so, August to March doesn’t equal a year in time 😉

I’m glad to see him in that 50th percentile range and feel fine about his current growth pattern but they did say they want to see a growth spurt before his appointment next year (which I also feel good about because it’s a FULL year away!).

Kye has some spots on his skin and the PA said it’s due to dryness (which I had assumed) and to use a good lotion and it would help.

Otherwise, Kye looked GREAT. She was eager to check out his spine now that he has his heal wedge and she agreed with the back specialist in that with the wedge his back is MUCH less curved. She did say she sees a slight curve still but not nearly as significant! (You can read about Kye’s back and leg length stuff here). 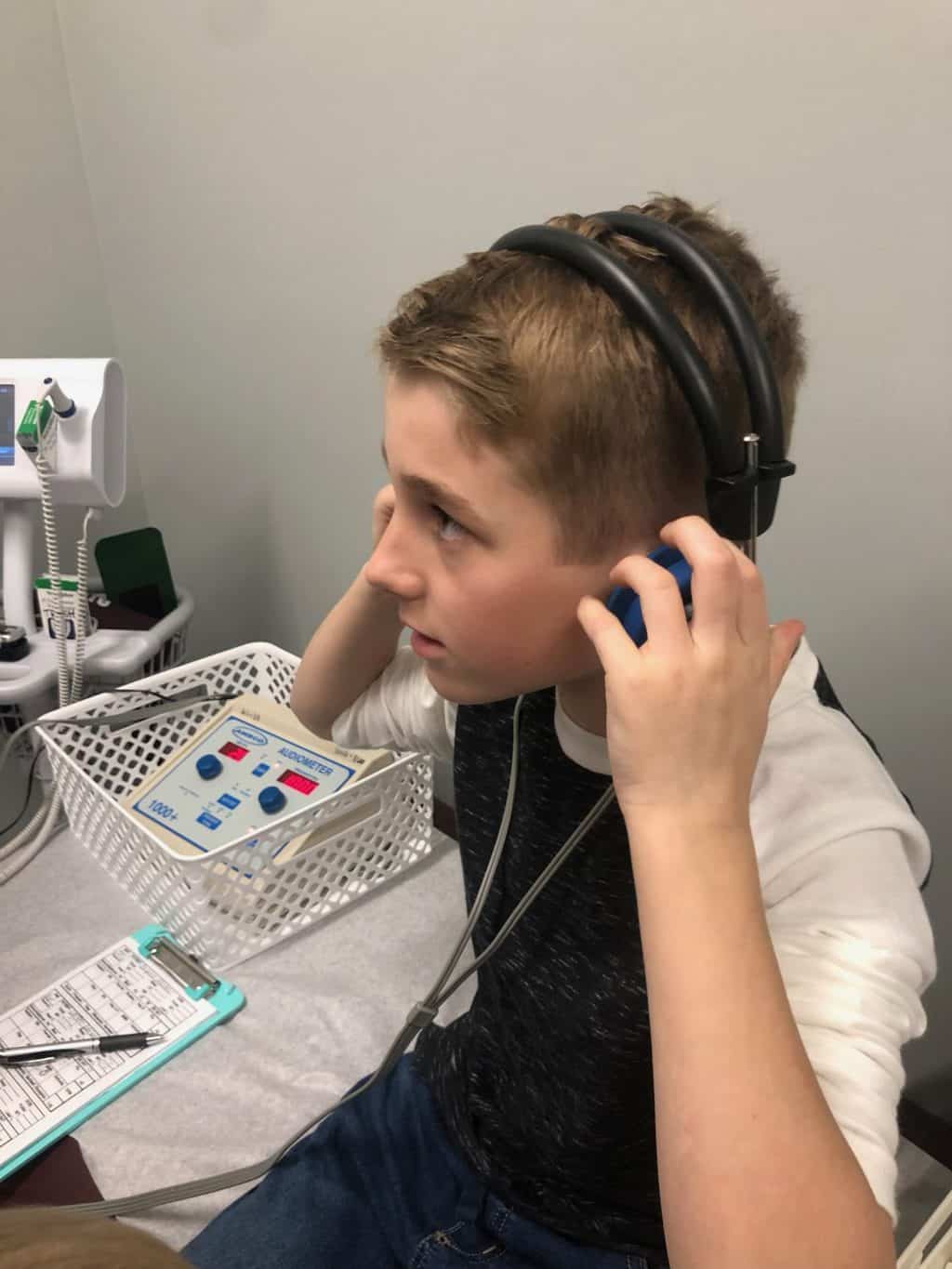 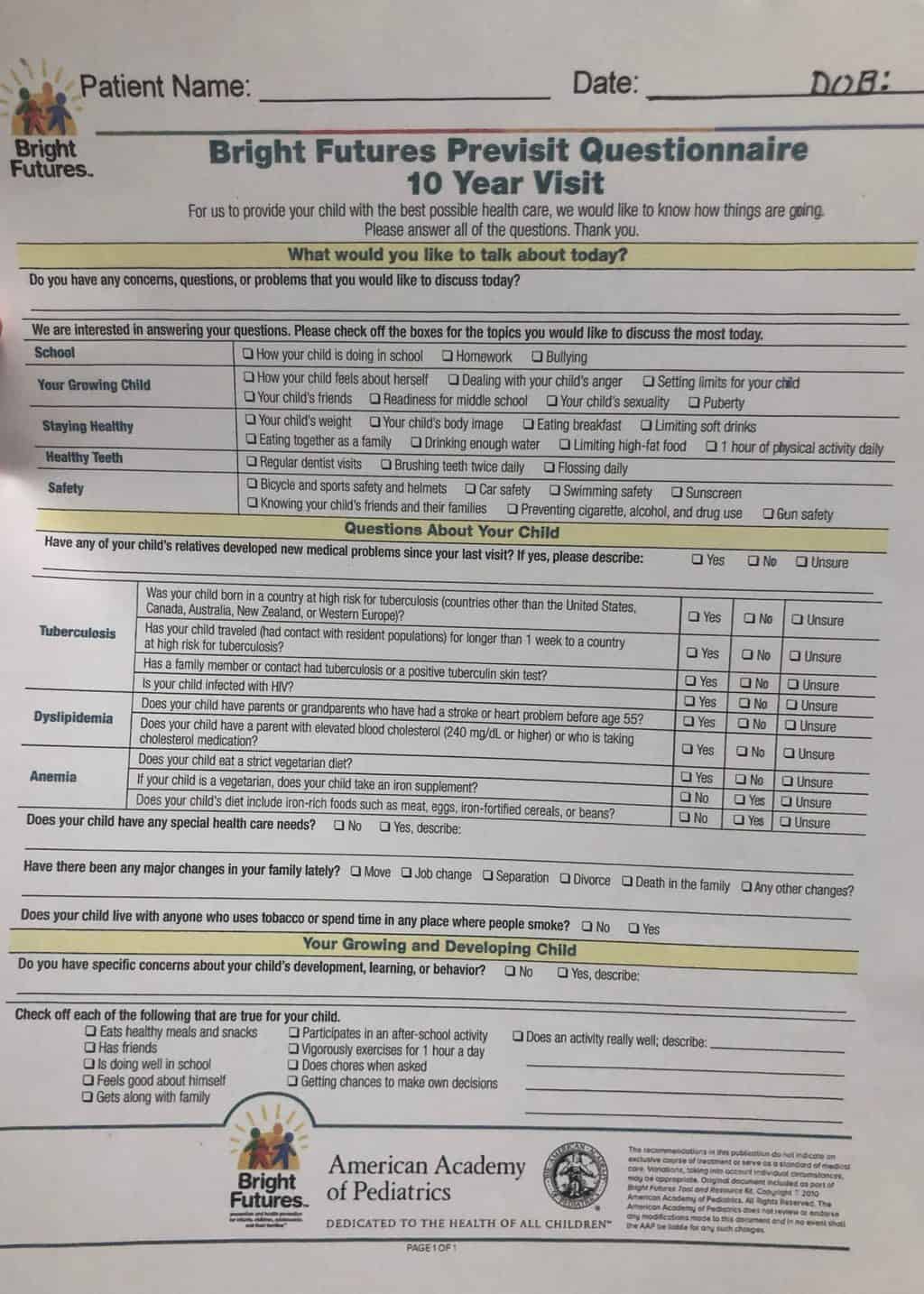 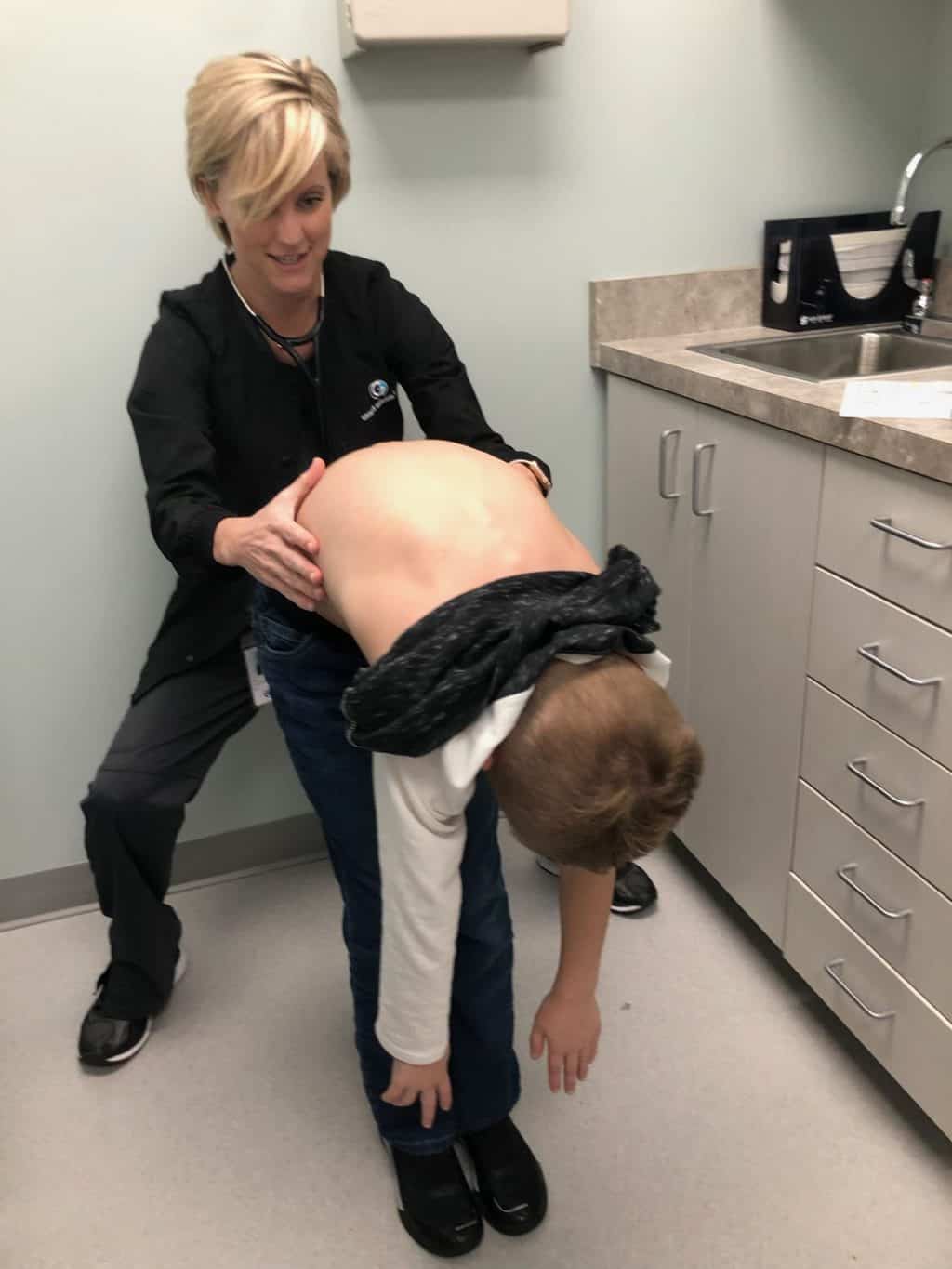 There are no shots for this visit, I believe his next ones will be before middle school. He had a great check-up and is very healthy!

We were at the doctor yall from 2:30 until 5 PM. I’m zero percent exaggerating. We shut the place DOWN.

I’m so, so proud of the kids. It was a LONG TIME and the kids were all SO patient and behaved SO WELL. Spear broke down and just couldn’t stop crying…but I mean I couldn’t blame him for that.

I was in a pretty TERRIBLE mood after the whole thing. I mean who would be in a good mood after all of that?!

So, so thankful for healthy babies though! Of course I’m a bit concerned about Spear but feel confident he will get there and that he’s just taking his time 🙂 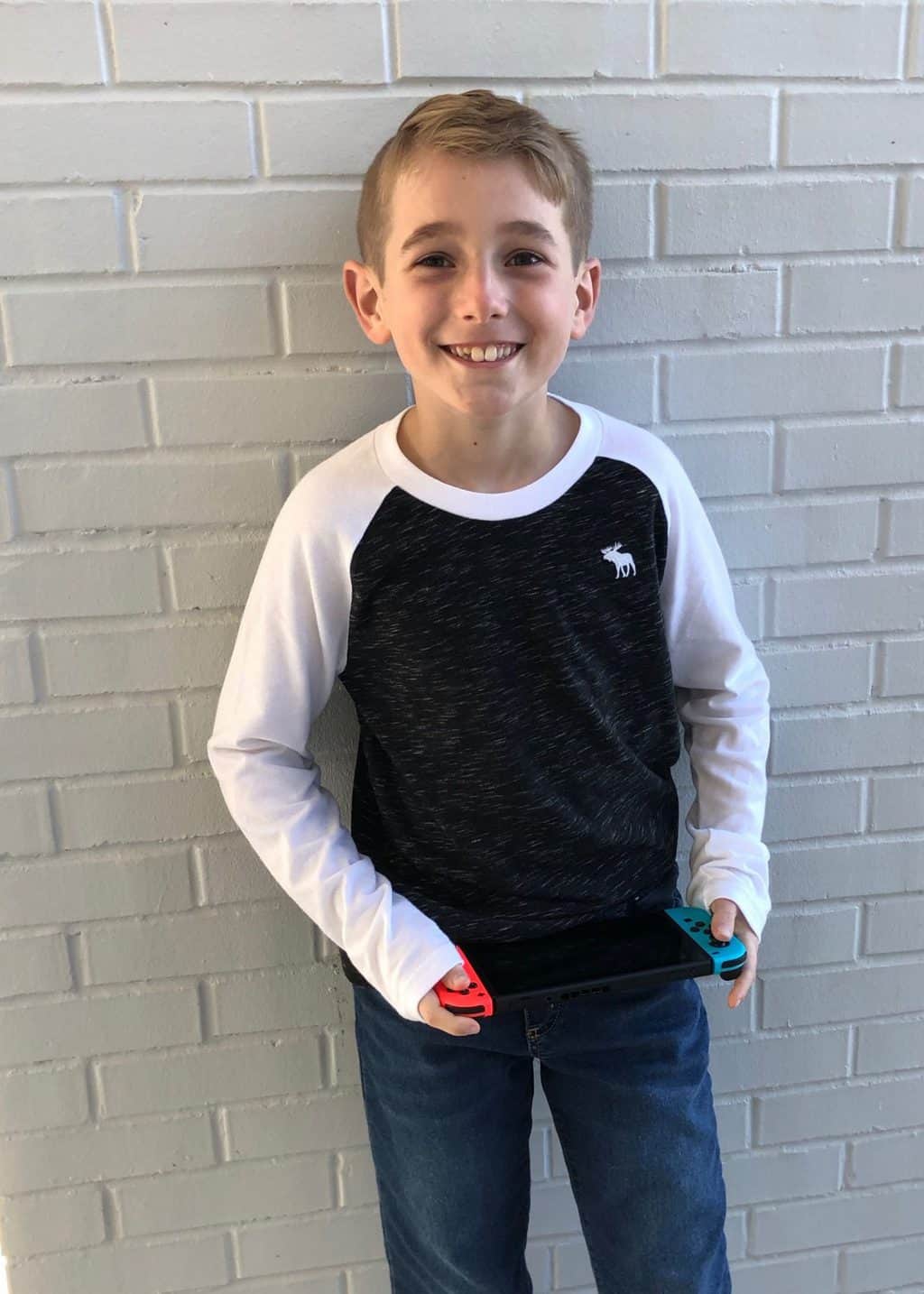 We all deserved some mega prizes after all the waiting! And we’re even still smiling!!! 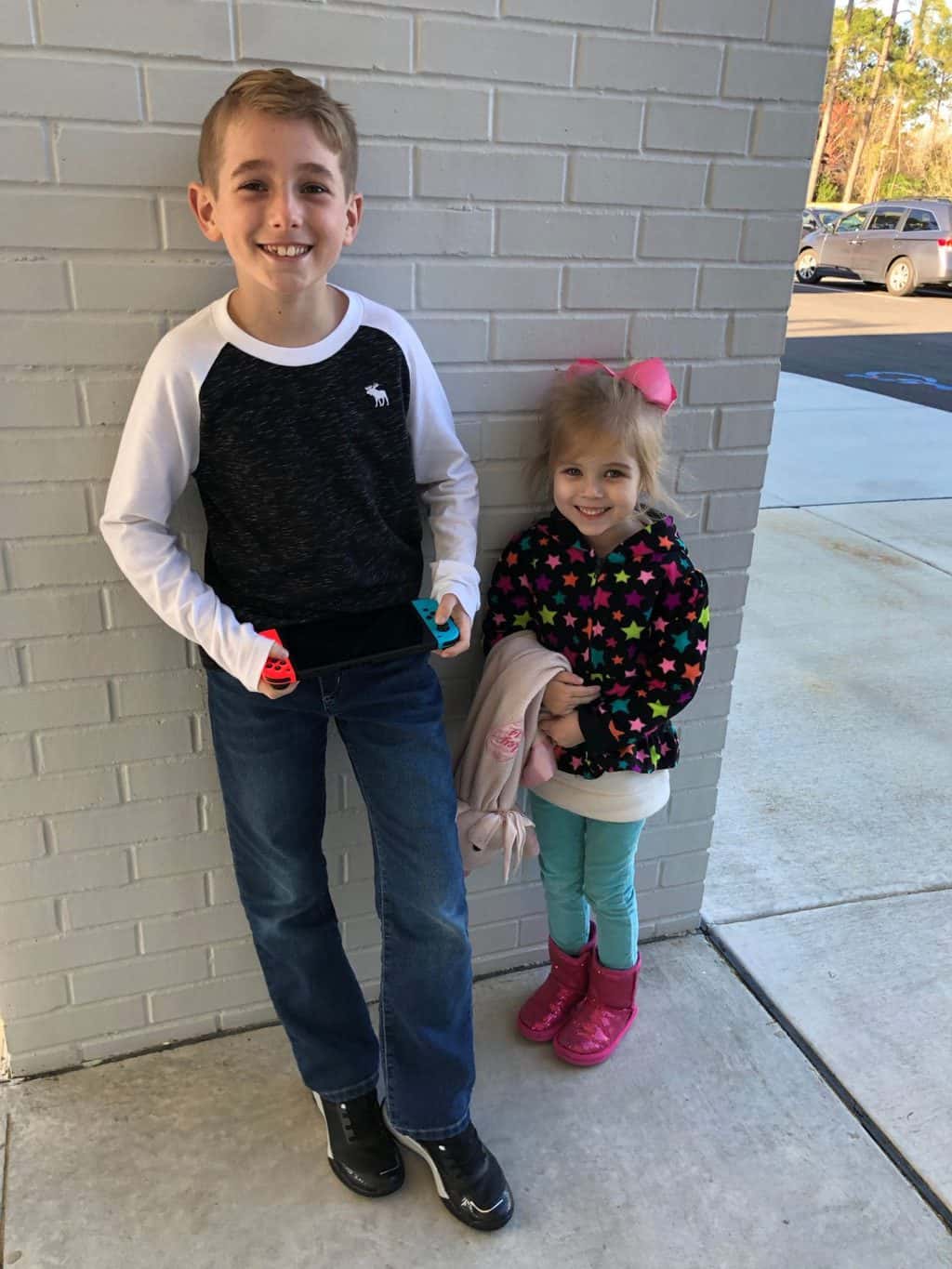 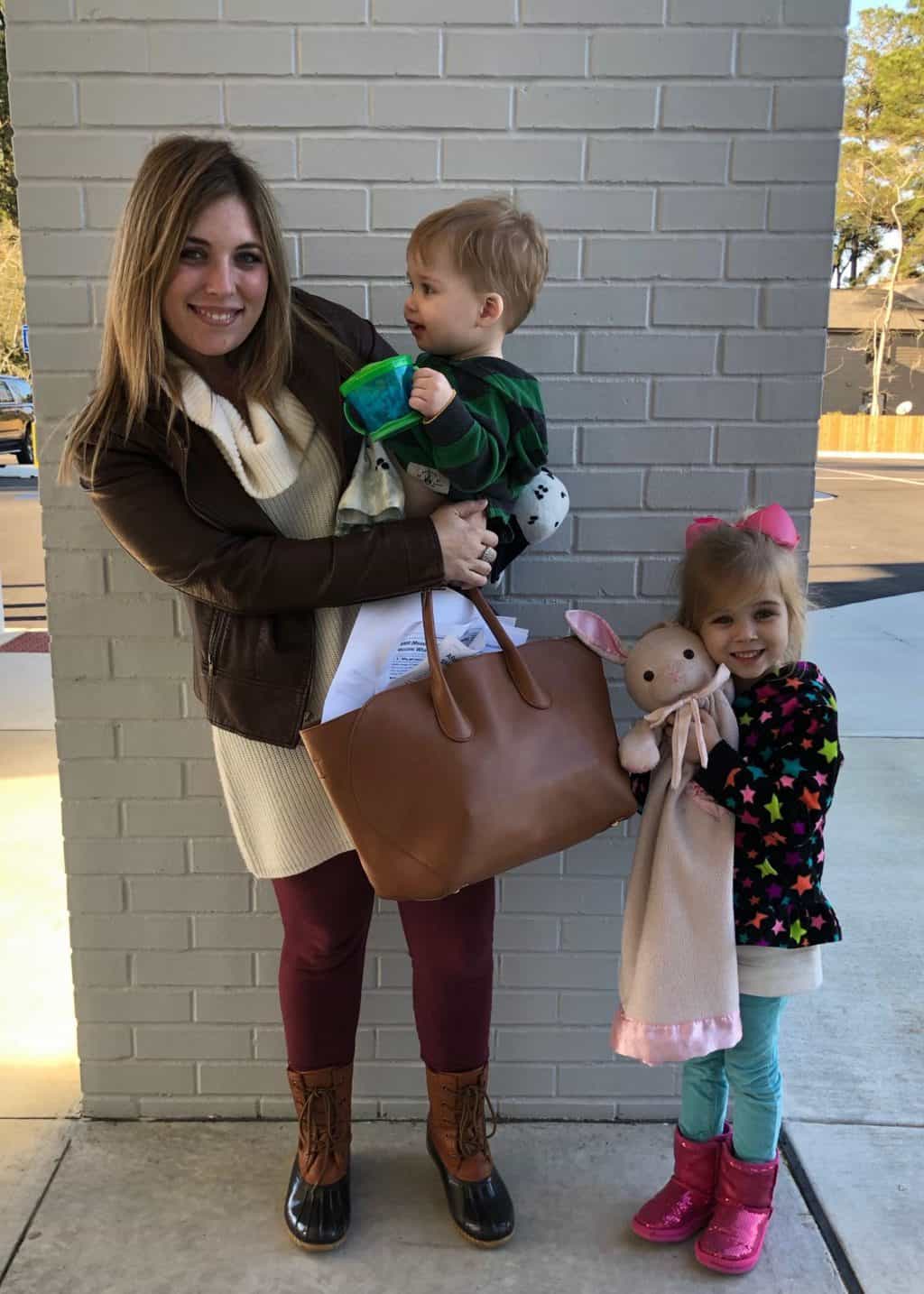 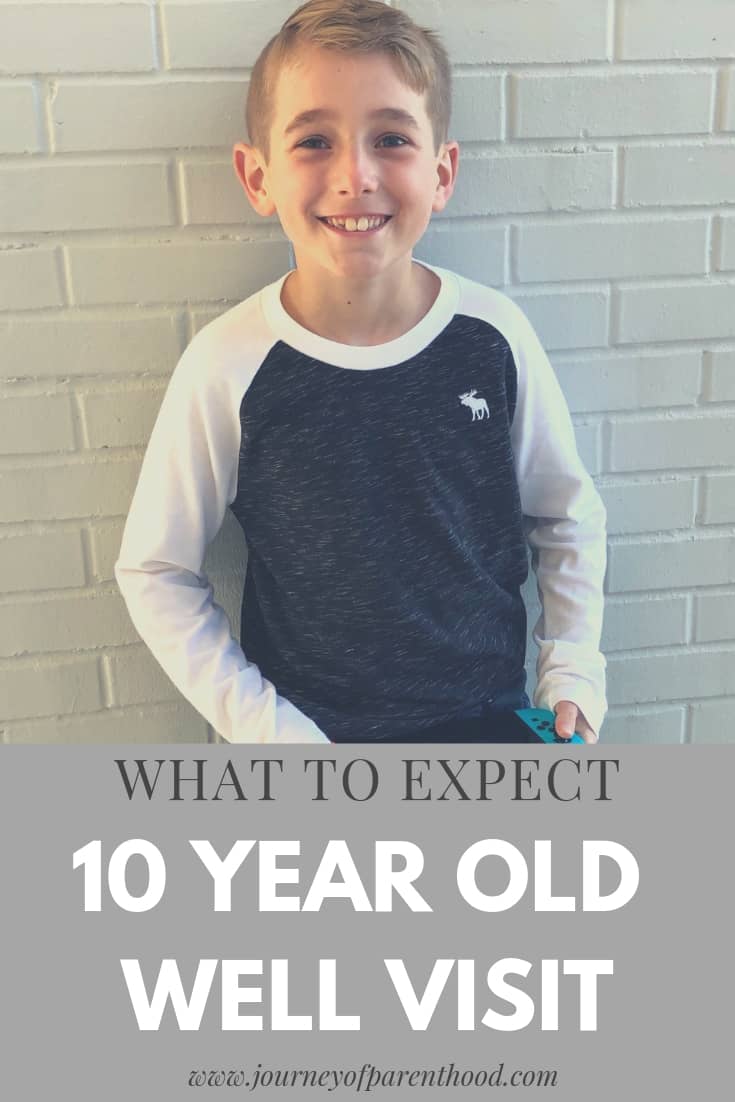 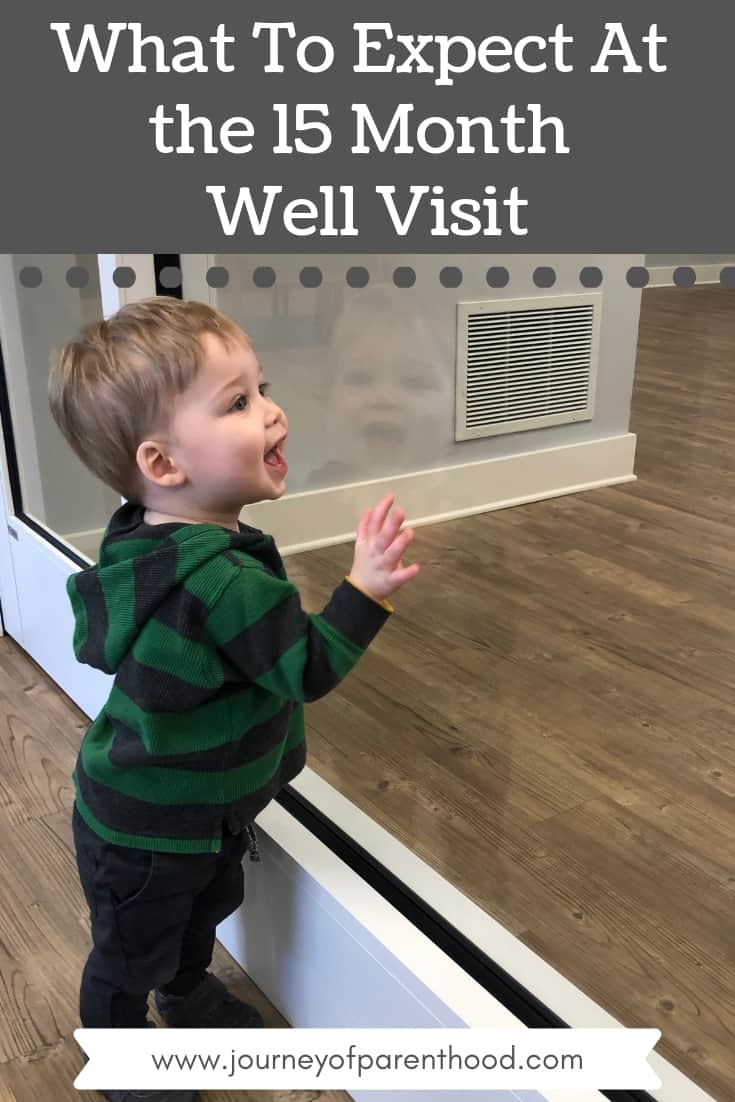