We had a combo visit for the kids (Kye’s 4 year old check-up and Britt’s 15 month check-up) on March 7th. It’s the last time we can do a combo check up for them so I took full advantage of it and we lucked out that it was actually pretty close to both of their proper ages. Kye turned four on March 4th and Britt turned 15 months on March 6th!

Both kids were going to be having shots so Zach came along with us for the appointment and I’m seriously SO glad he did. I have NO CLUE how mamas manage with multiple babies at the dr solo!!! We did the divide and conquer method, I stuck with Kye and let Zach deal with Britt. I like having the easier kid 😉

It’s CRAZY that both of our kids are old enough to do the STANDING scale!!! Guess it’s time to get knocked up again 🙂 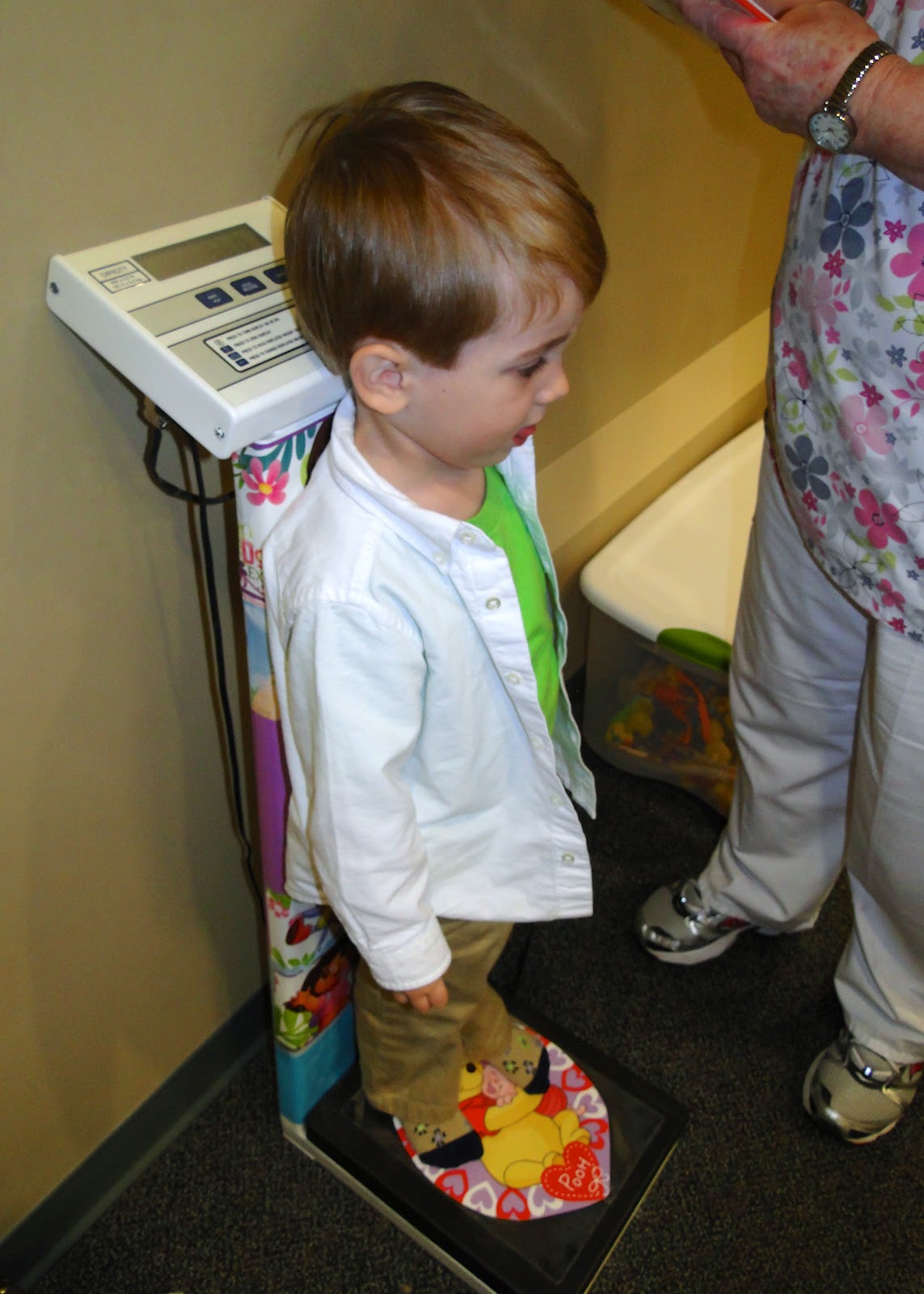 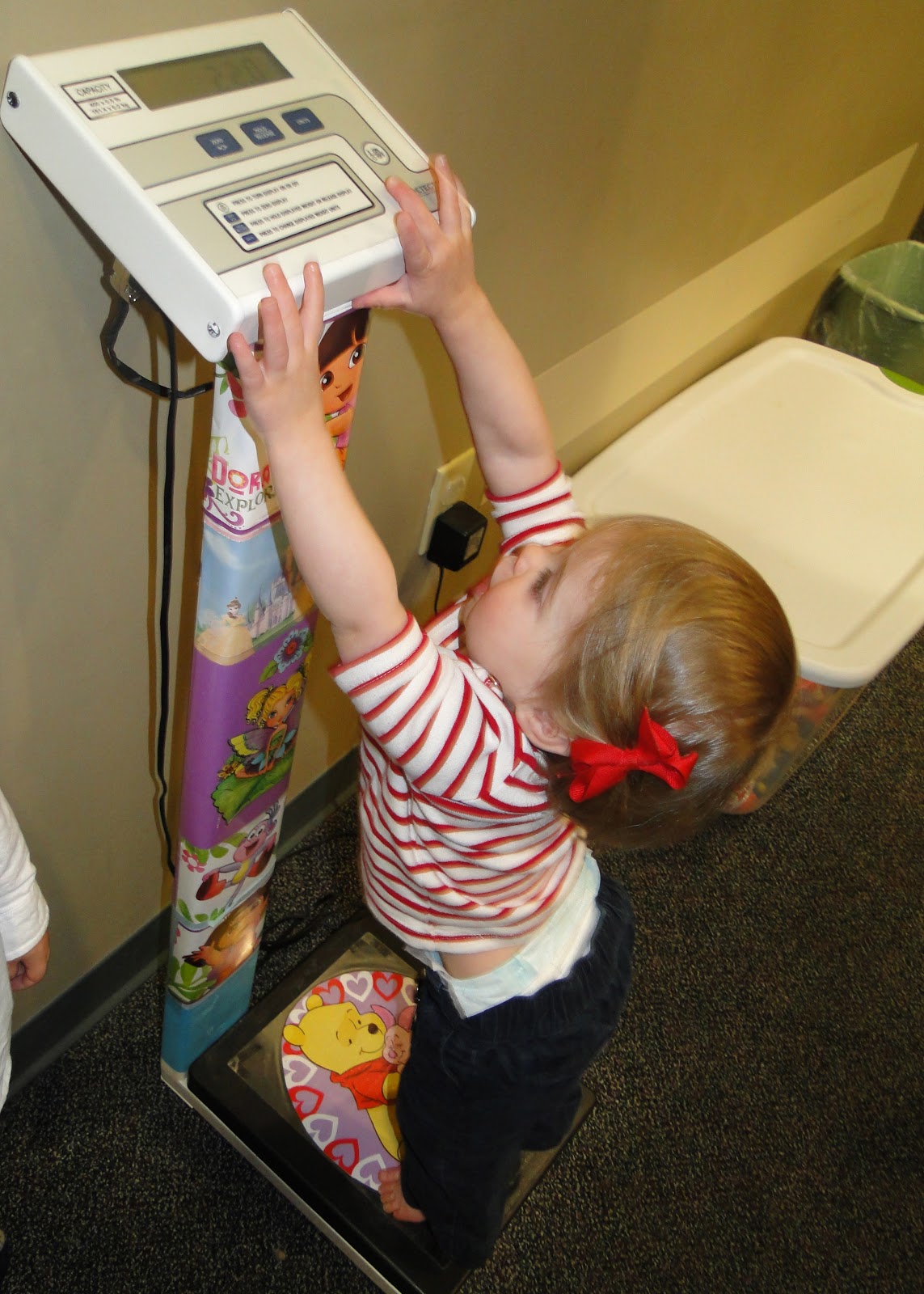 We had a LONG wait and I felt bad b/c Zach had to get to work. Britt had to miss a lot of her morning nap to be at the appointment and she was WILD. Our kids get so funny and silly when they are sleepy. She kept us laughing while we waited! 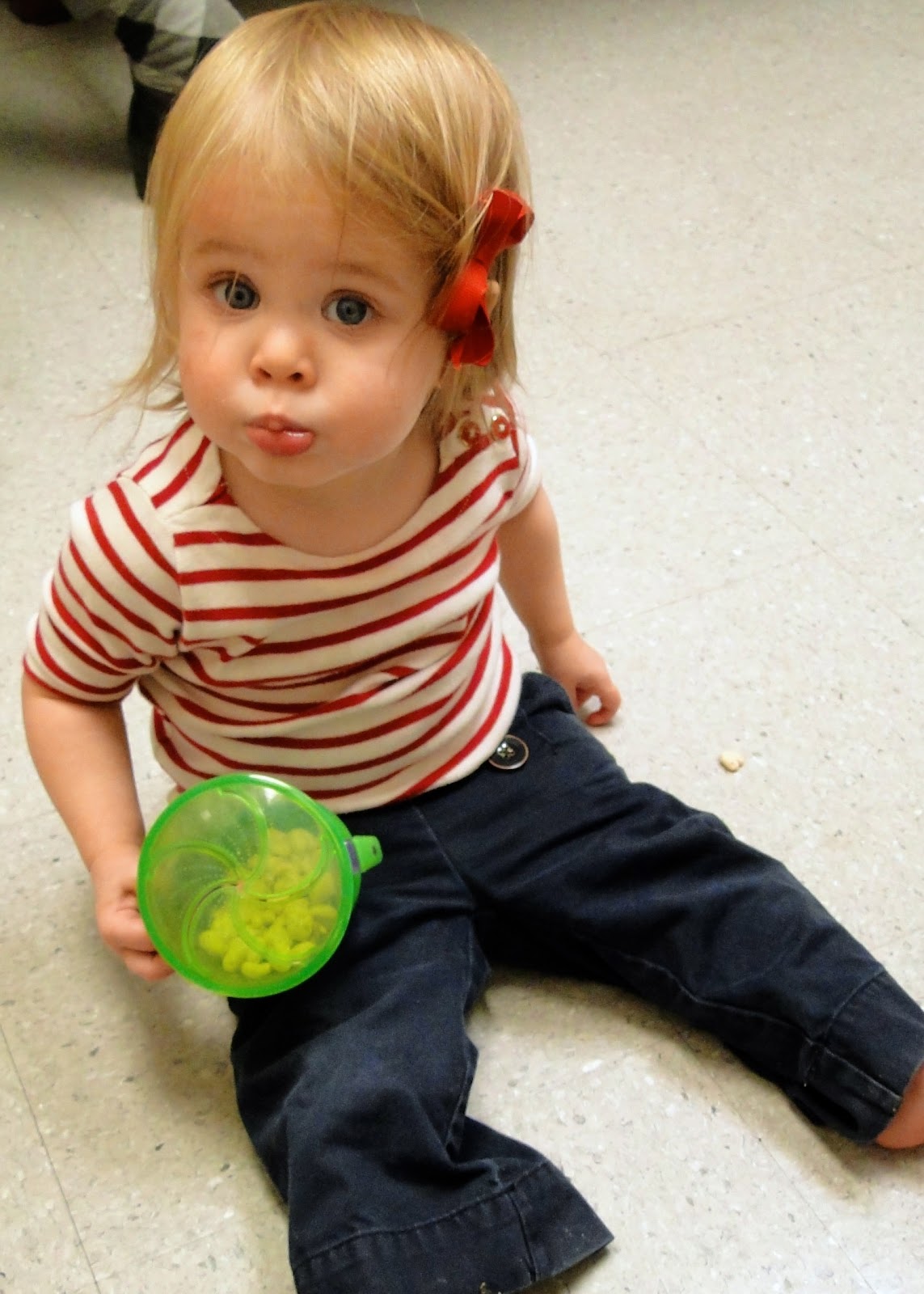 She found a fun “game” where she would drop her snacks on the floor then bend down to pick them up…lovely. 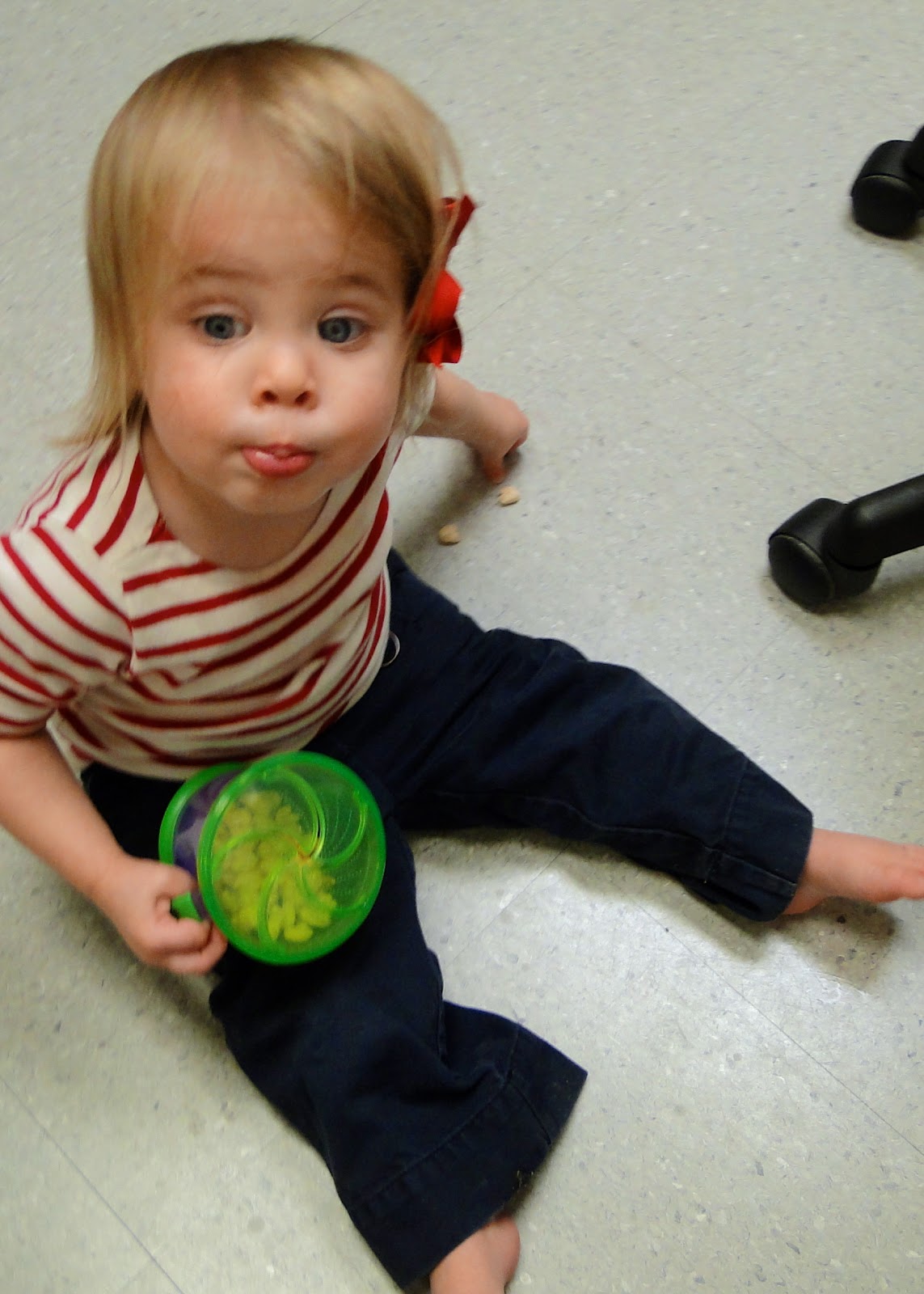 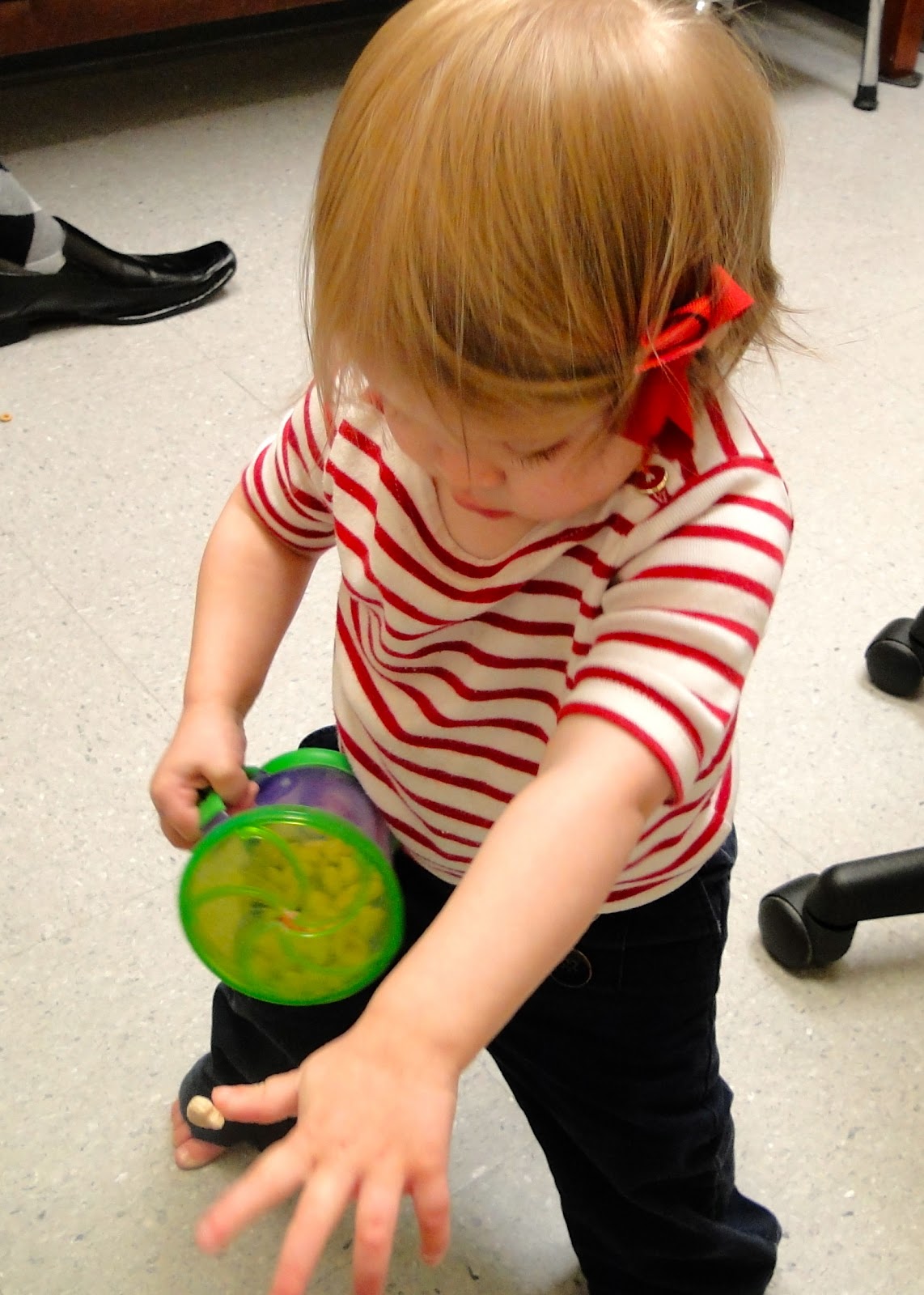 Kelly is who we saw this time. I LOVE her. Seriously. I know I’ve said it before but I ADORE every single person who works at Dr Griner’s office. I know people complain about the wait times, but to me it’s totally worth it. They ROCK and I will NEVER take my kids somewhere else!!!

It was a bit difficult to chat with the craziness of Britt but we did our best! We handled Kye first since he was the better behaved one. She looked him over everywhere and said he looks great. She checked his privates post surgery and said all of that looked good too. Britt wasn’t quite as easy during her turn b/c she was WILD. And she did NOT want Kelly looking in her mouth but we got it done 😉

Here’s some of the stuff we discussed: 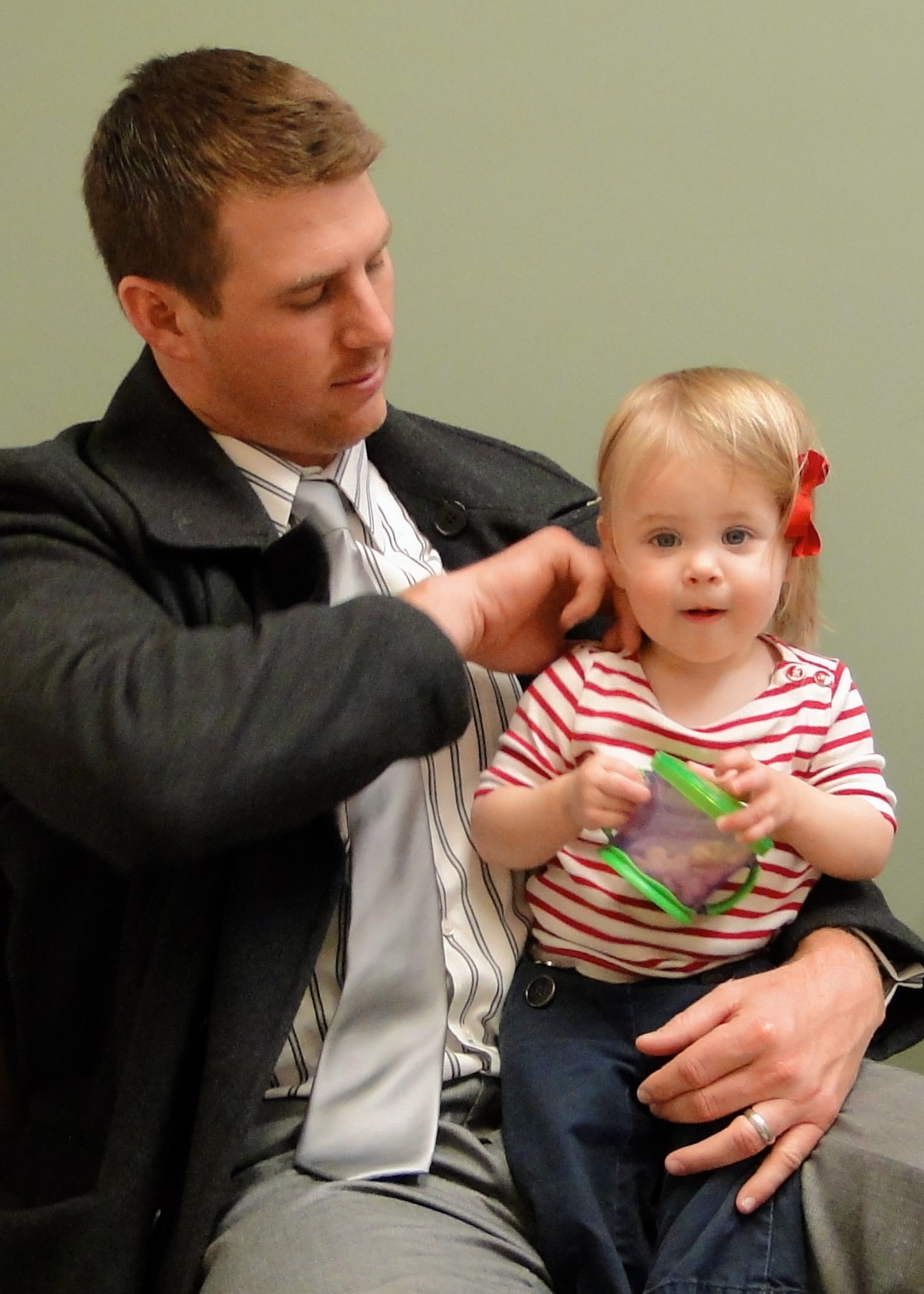 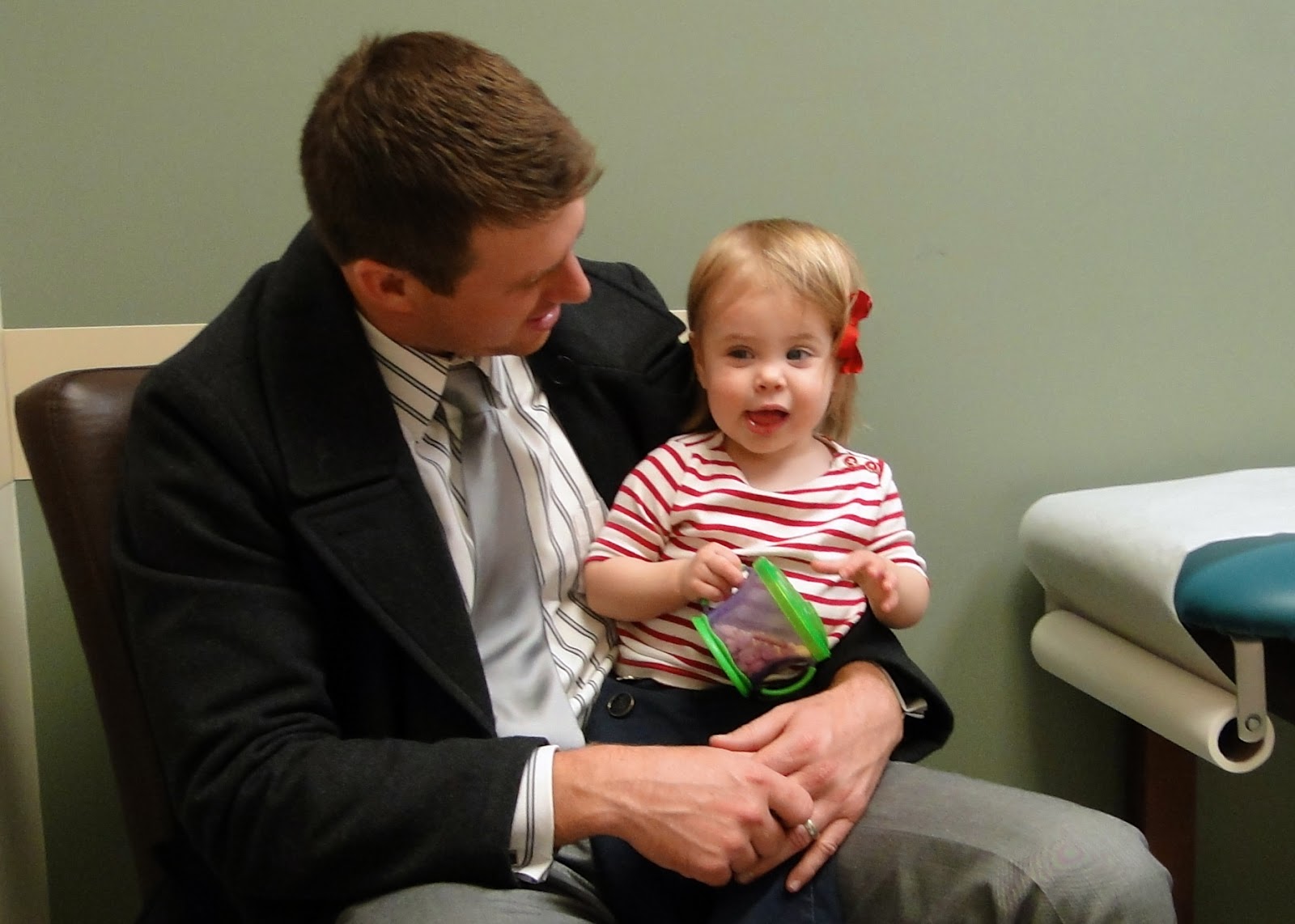 Getting ready to be TOUGH for the shots! 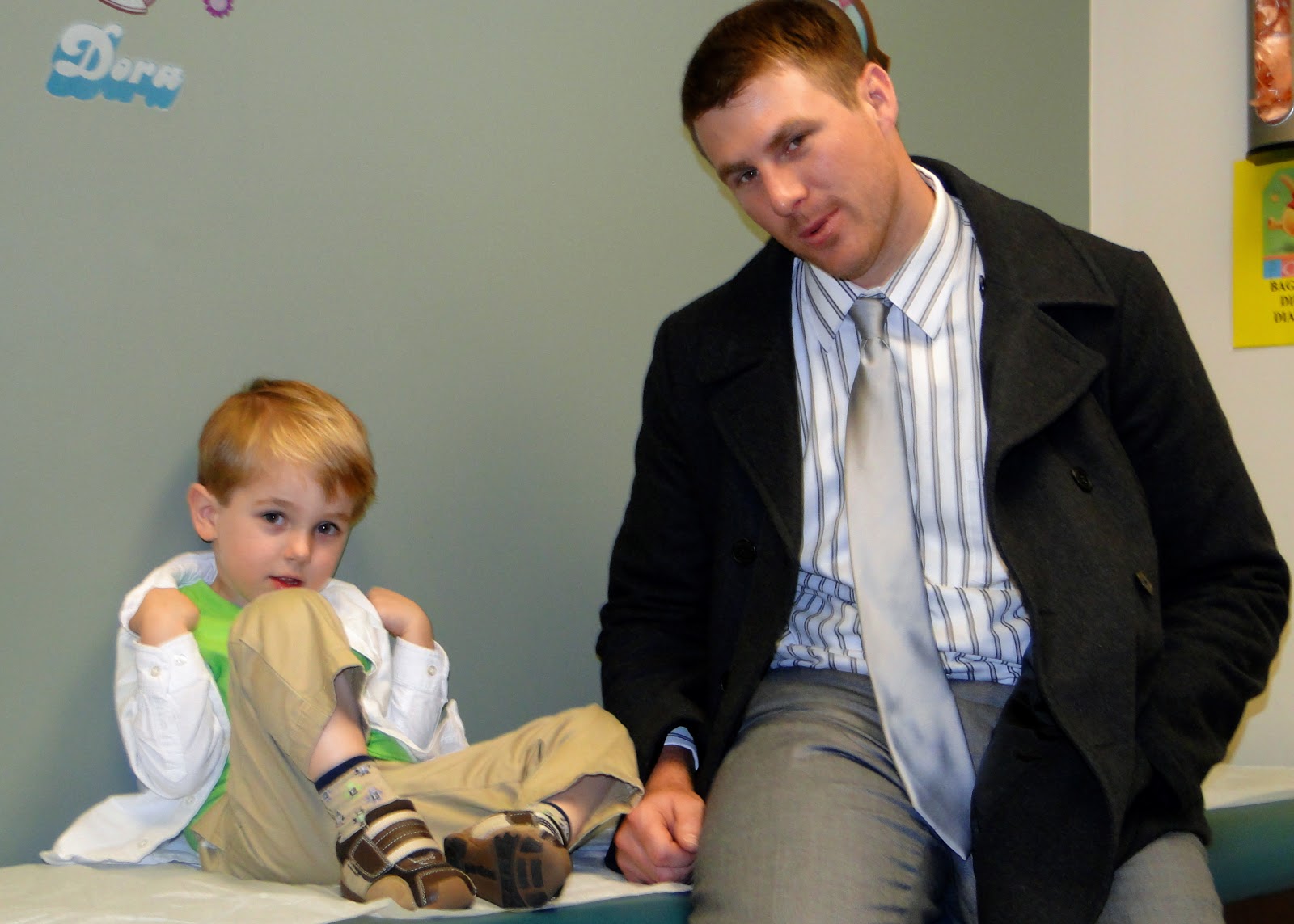 I have heard BAD things about the four year old check-up and that it’s super rough with the shots for the kids. Kye always continues to impress me. Child didn’t even shed a single tear for his finger prick or the diphtheria, tetanus, pertussis, polio or MMRV (measles, mumps, rubella and varicella) shots! Britt on the other hand…I was embarrassed and I was out in the waiting area. It was no joke haha her loud screams could be heard ALL over the office and probably down the street. She had the HIB and MMR (measles, mumps and rubella) shots. She continued to cry and cry after as well and finally Kye gave her a little toy from the treasure chest and she stopped 😉

It’s so interesting how different it is with baby #2. Because seriously I was ZERO percent concerned about her getting the MMR shot. I mean everyone has come out and said that MMR does NOT cause Autism but I still remembering being so worried about it with Kye. Maybe it’s because Britt is a girl and girls are less likely to get Autism that I didn’t have a single concern? Or maybe it’s because she’s the 2nd child and I totally forgot that the MMR was at the 15 month appointment…haha

You can go back and see Kye’s 3 year appointment HERE as well as Kye’s 15 month appointment HERE to compare with Britt’s 🙂 We don’t go back until summer time for Britt’s 18 month and Kye is good until next year! I’m SO thankful to have such healthy babies who are so well behaved (at least prior to shots haha!).

We had forgotten to measure Kye at his birthday so we did that when we got home in our door frame. It’s so neat to see how much he’s grown every year! I need to go back and measure off his 1 year old height since we didn’t live in our house yet 🙂 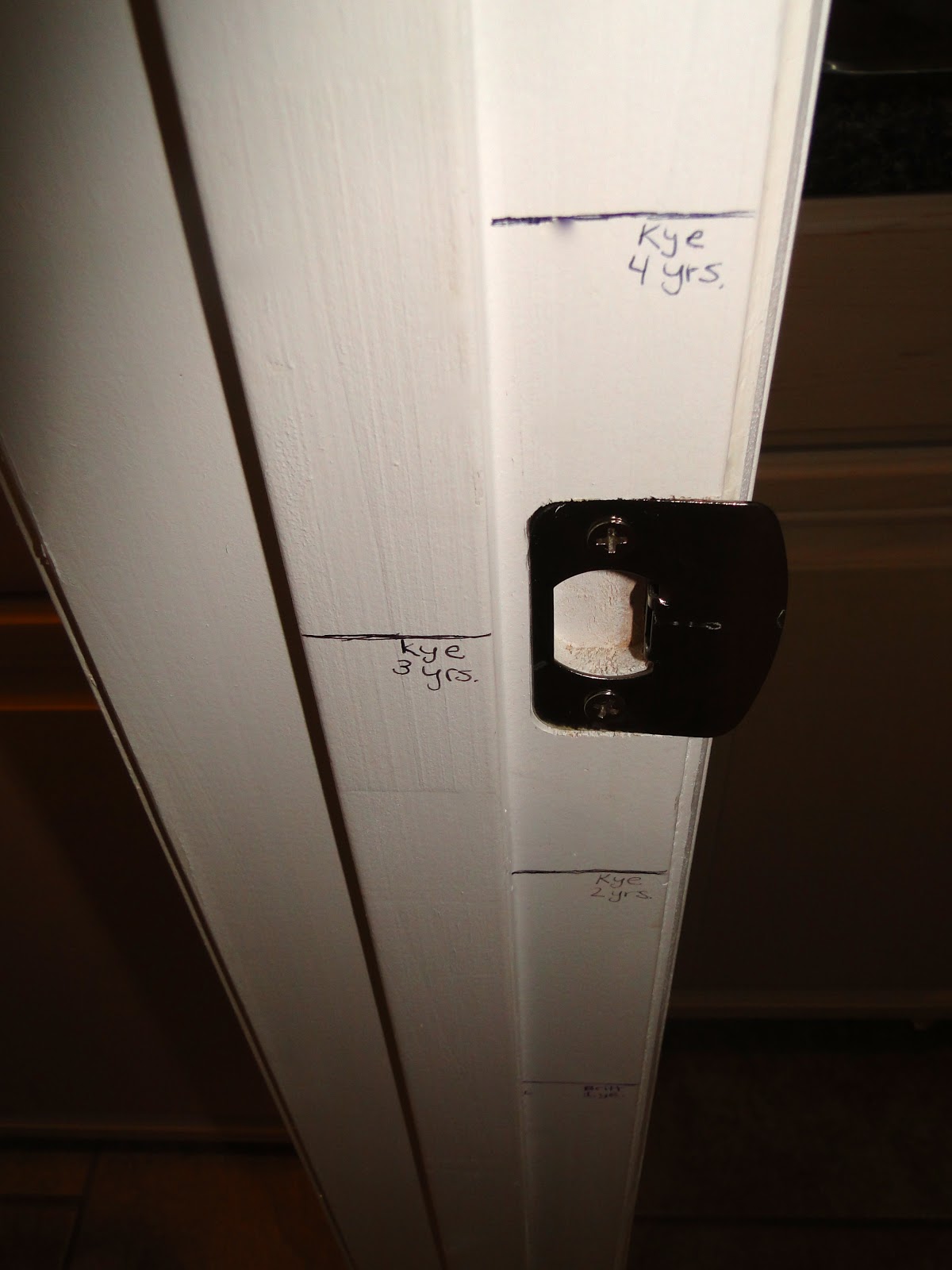