Tess had her 15 month well visit in mid-Nov (12th). Zach was out of town so…that meant Mommy shot duty AGAIN. Her next appointment is her 18 month well visit which is the same appointment as Britt’s 4 year well visit. We did a combo appointment for that same visit for Kye and Britt when Kye was 4 and it was insane and it’s when we learned about Kye’s growth delay stuff. Plus 4 year shots are a beast and 18 month ones aren’t too great either. I already hardcore marked it super important on the calendar so Zach will be there! I cannot handle it solo!

Tess shocked me while in the waiting room for this visit. Life has changed now that she’s mobile! Tess has always been more shy around strangers and typically wants to stay close to me but girl was walking all over the place and even going up to people! It was funny bc she was the only child I had with me so other parents assumed I was a first timer 😉 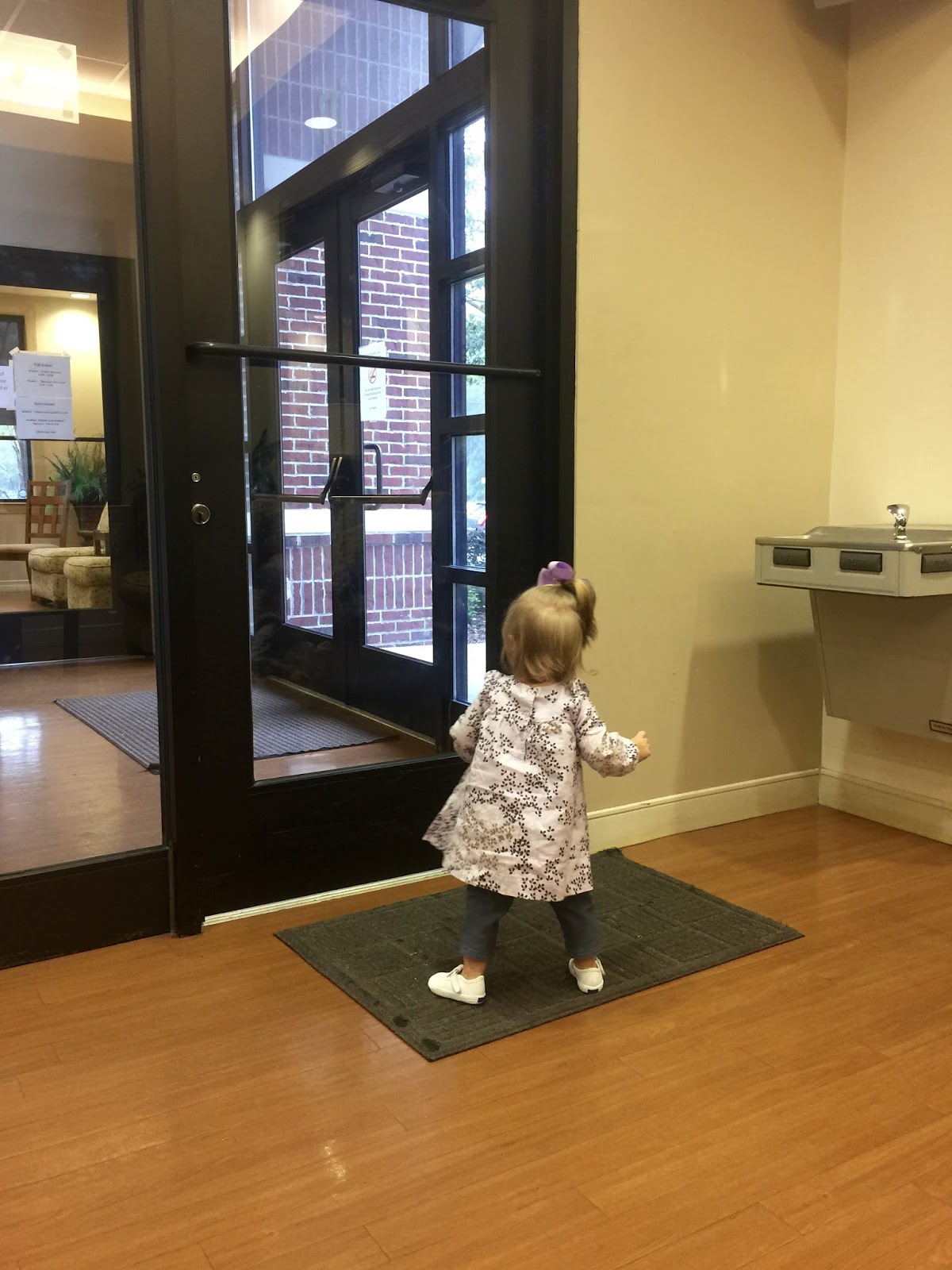 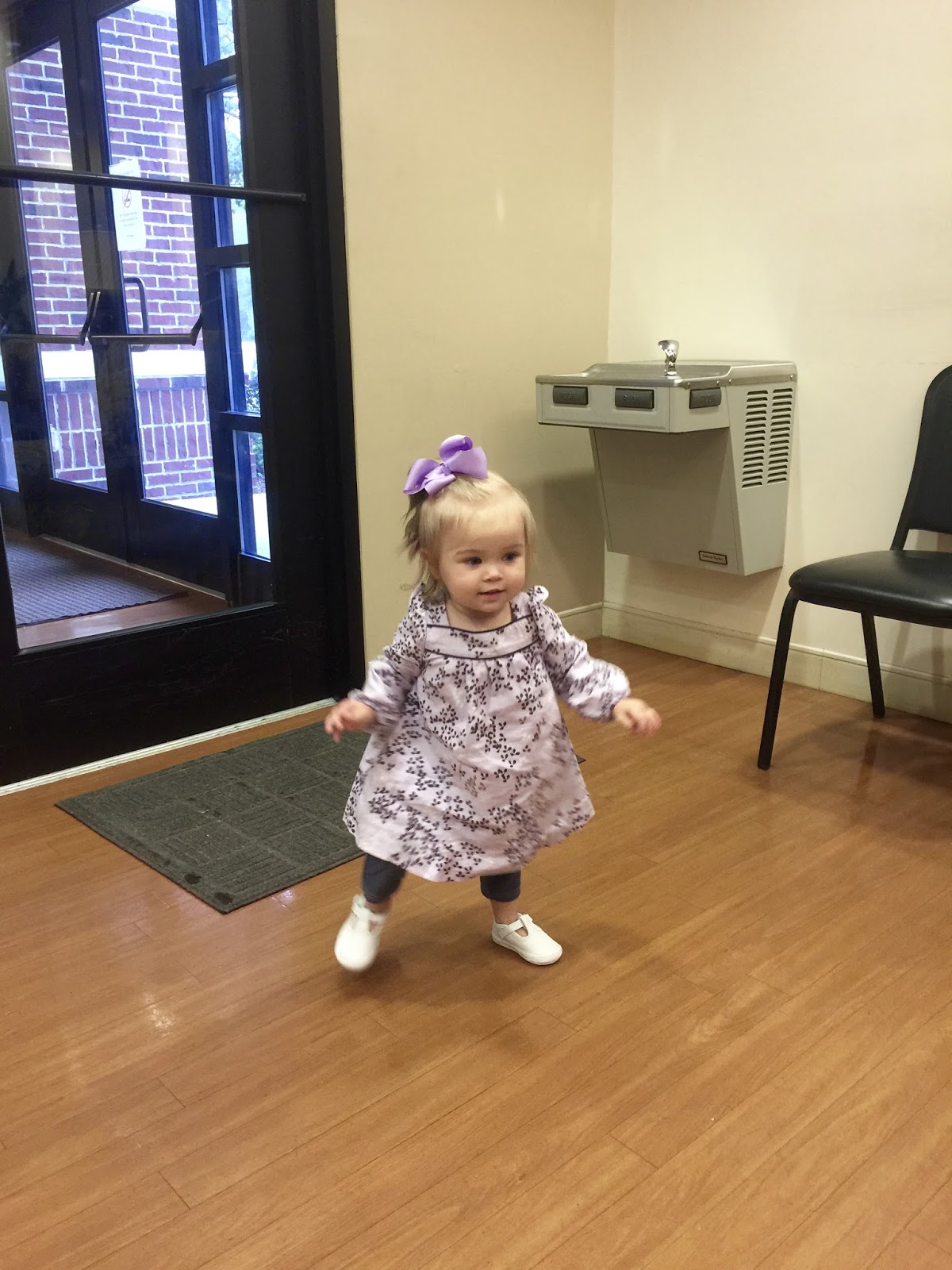 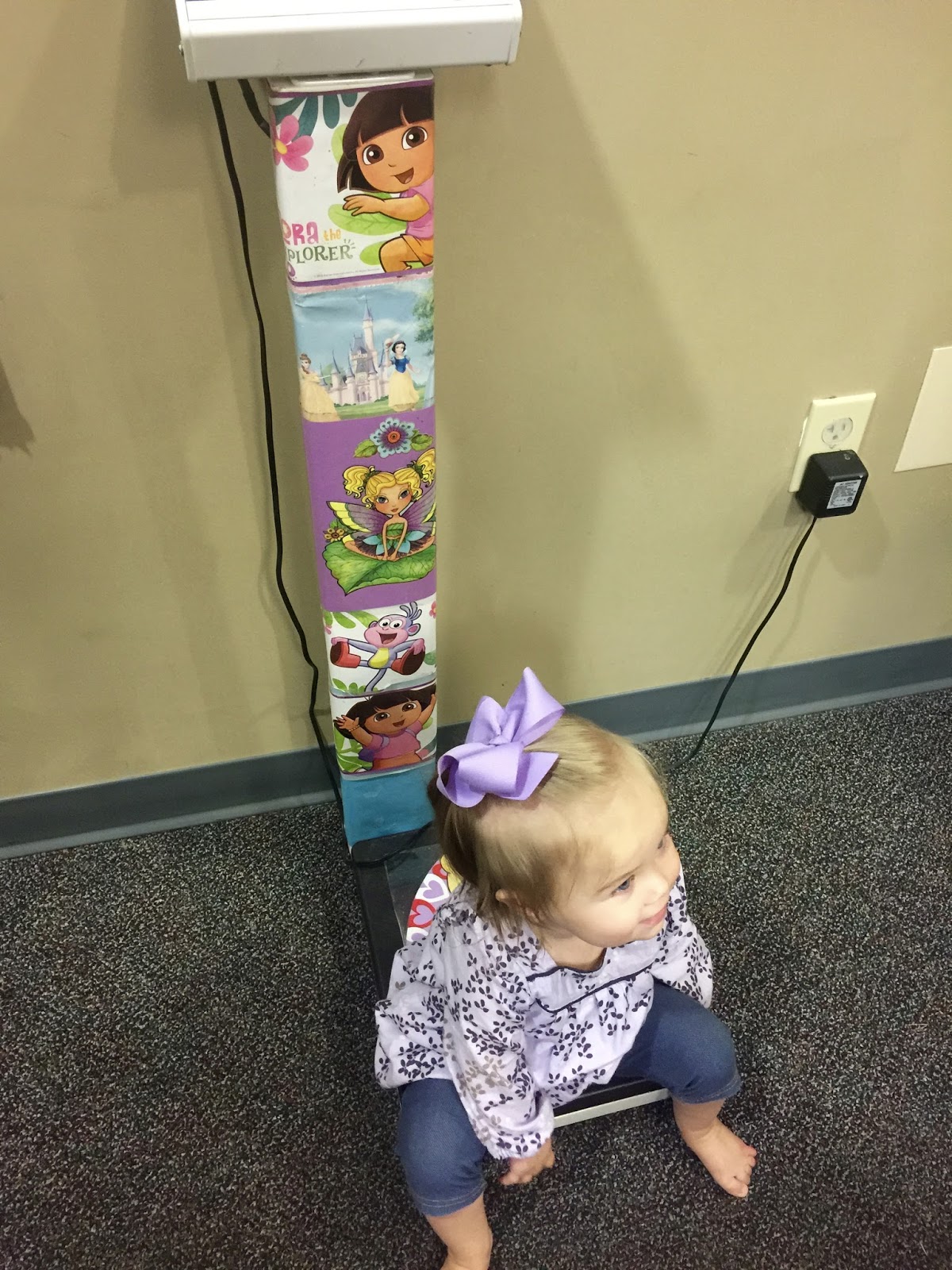 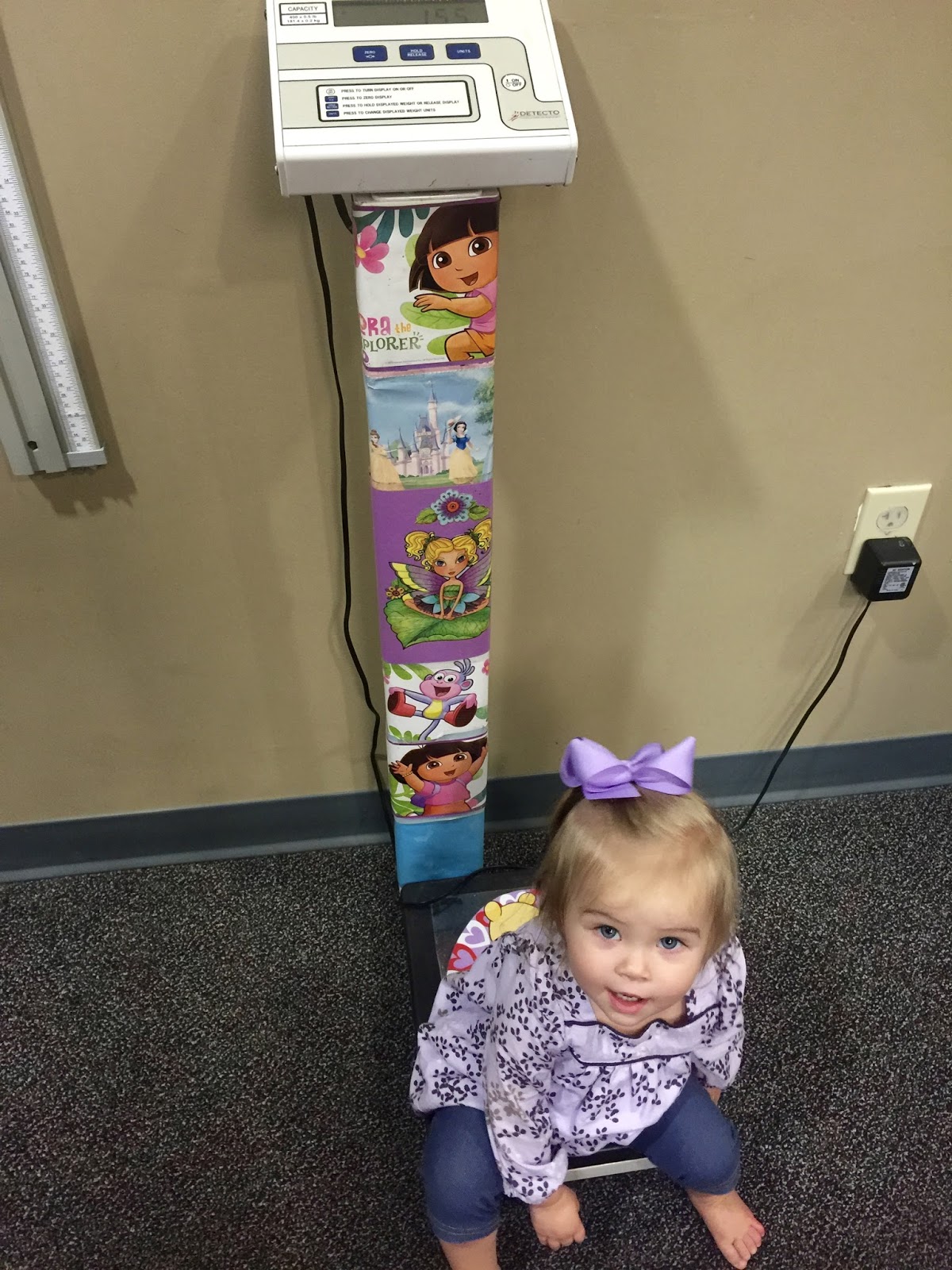 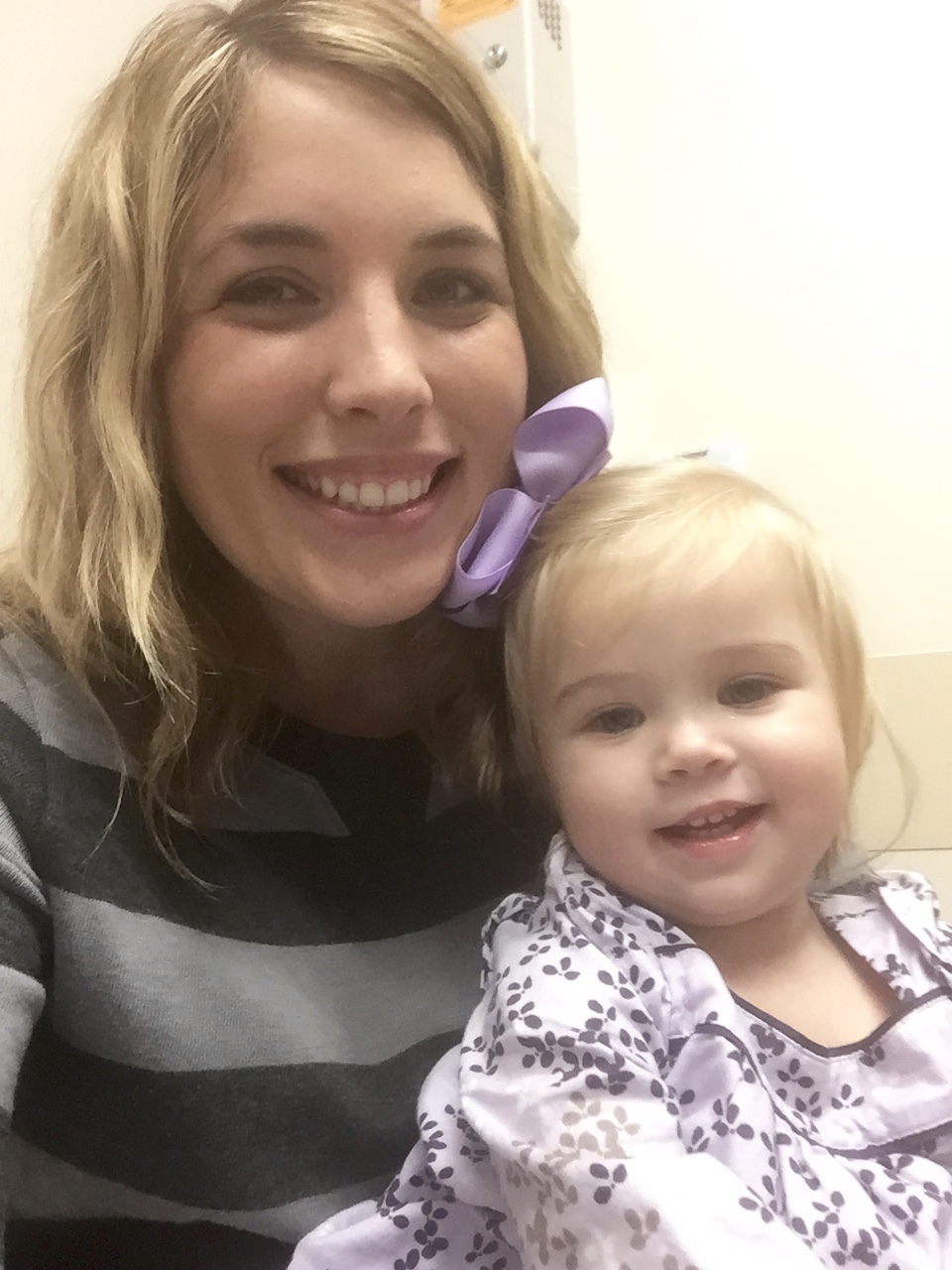 This is how we feel about Mommy having shot duty! 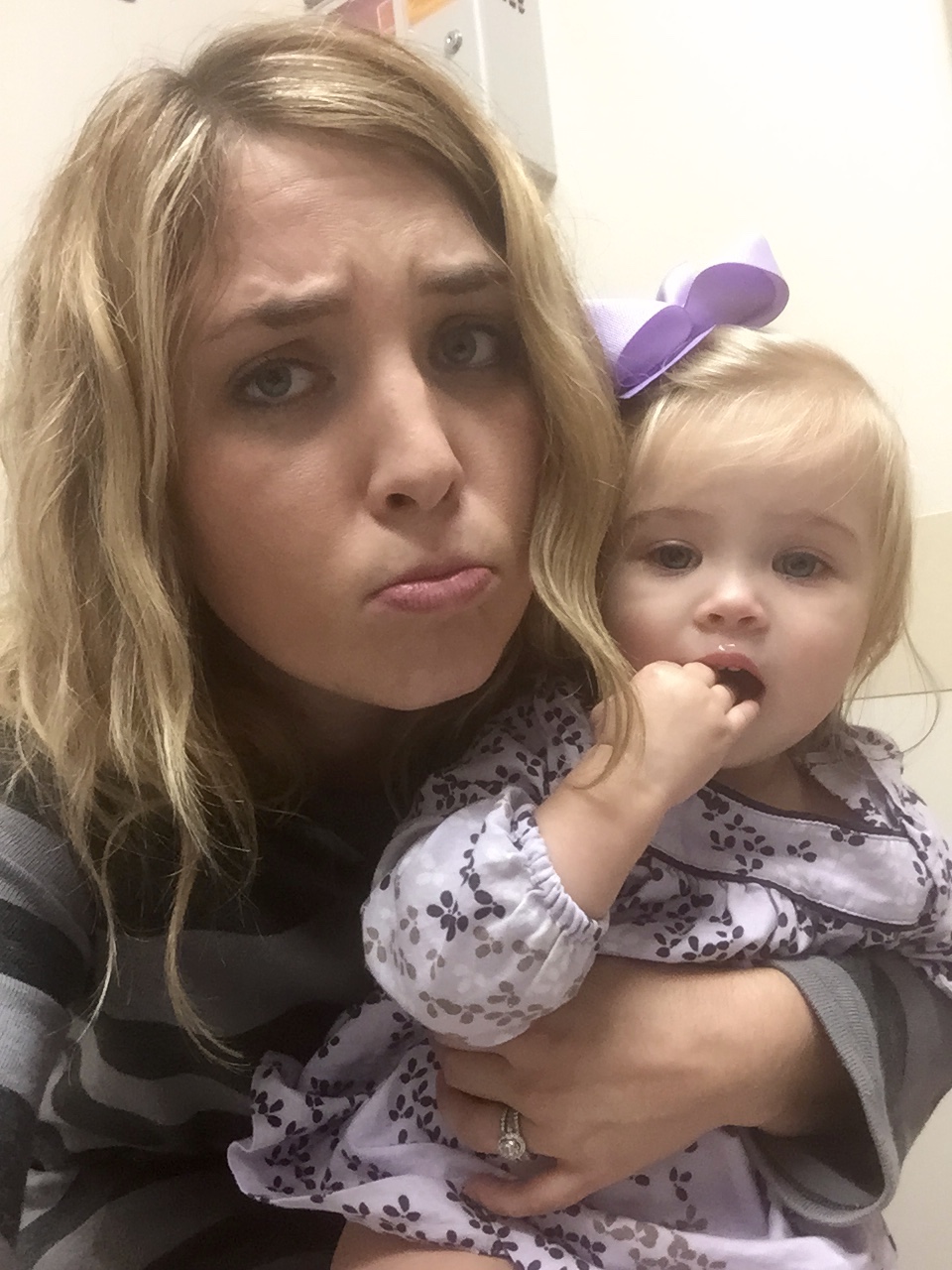 The appointment went well! Tess was into EVERYTHING which made it difficult to talk to the PA while trying to watch her too. Again, I need help 😉 Here are some things we discussed in-between trying to contain my child:

A big portion of our talk was actually about Britt. She has started to go tee tee ALL the time and it’s annoying to both her and to us. Kelly said that it’s common for young girls not to wipe as well as they should. Some advice she offered was to:

I have had lots of female issues since I was a young girl and remember growing up sleeping without panties on either (and I still have to be careful to wear 100% cotton underwear) so I guess Britt just inherited my issues and it’s something we’ve adjusted to. We’ve used all the advice and it’s really helped her to go less often!

Tess is both our shortest baby and our lightest (yet with a slightly larger head than Britt)! I knew that already though based on how long she takes to grow out of each size of clothes 😉 She’s been on the smaller side with her weight for awhile now so the dr isn’t concerned about it and neither am I. She’s a healthy little girl!

The shots were WAY better this time around. They didn’t have to draw blood which really made a difference! It was quick and Tess did awesome! She cried a good bit but got over it quickly 🙂 Whew, I was thankful! 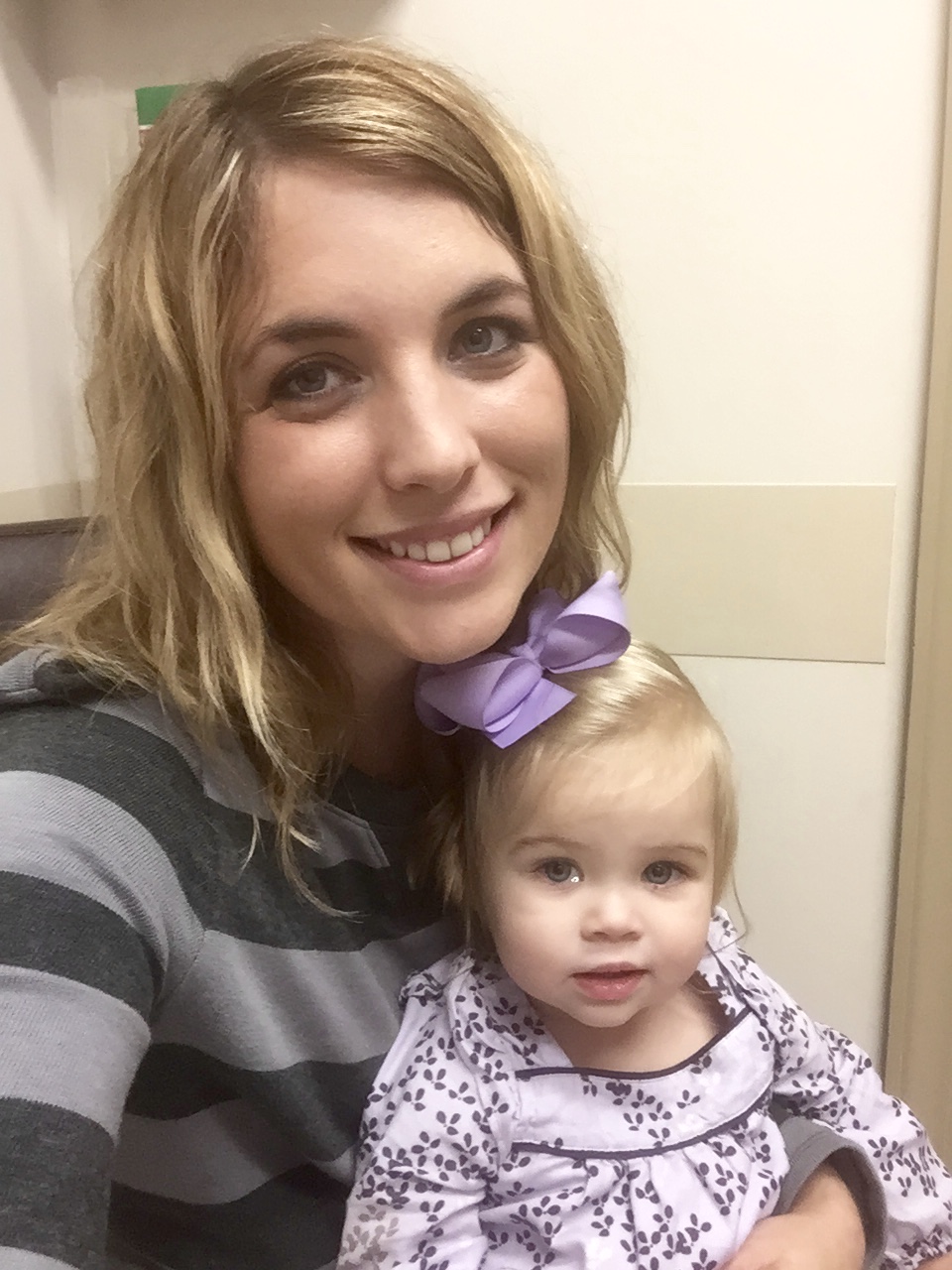 I know the next visit will be CRAZY and I am nervous about it. I feel like Tess is fine but I am worried about Britt’s weight. She’s SO THIN and I’m nervous that they are going to have concerns about it. I do think she’s okay as far as any growth delay concerns but of course since that’s when that journey began with Kye I’m still a little nervous to see what is said about it for Britt. I’m thankful it’s not until Feb so I have time to pray about it! I’m so thankful for our healthy children and for another great visit for Tess! Big girl, growing up!