It feels like the last week or so has been overwhelmingly busy for me. Between going to Jacksonville, our episode at Walmart, and working our butts off to complete the whole “to do before baby is born” list I am WORN out.

Yesterday was the final day of crazy getting things done. I ran a few errands, met Ashley for lunch, came back home got the dogs, took them to the vet, then went back home, packed the hospital bag (well huge suitcase..I hate hospitals so I want to have as much of MY stuff as I can), then went back to town to meet Katie and Ashley for pedicures. It was a lot for me. I guess being this pregnant can make you get worn out pretty quickly!

I don’t think it helped that I met Ash for lunch a little before noon and our pedicures were at 6:30! I didn’t eat between and by the time I got to the pedicure appointment I felt a migraine coming on, was so tired, and STARVING.

We went to Nails By Chris next to Publix and it was awesome! They were all so sweet and treated us like royalty! They even gave us sweet tea (which I downed, hoping to ease the migraine) 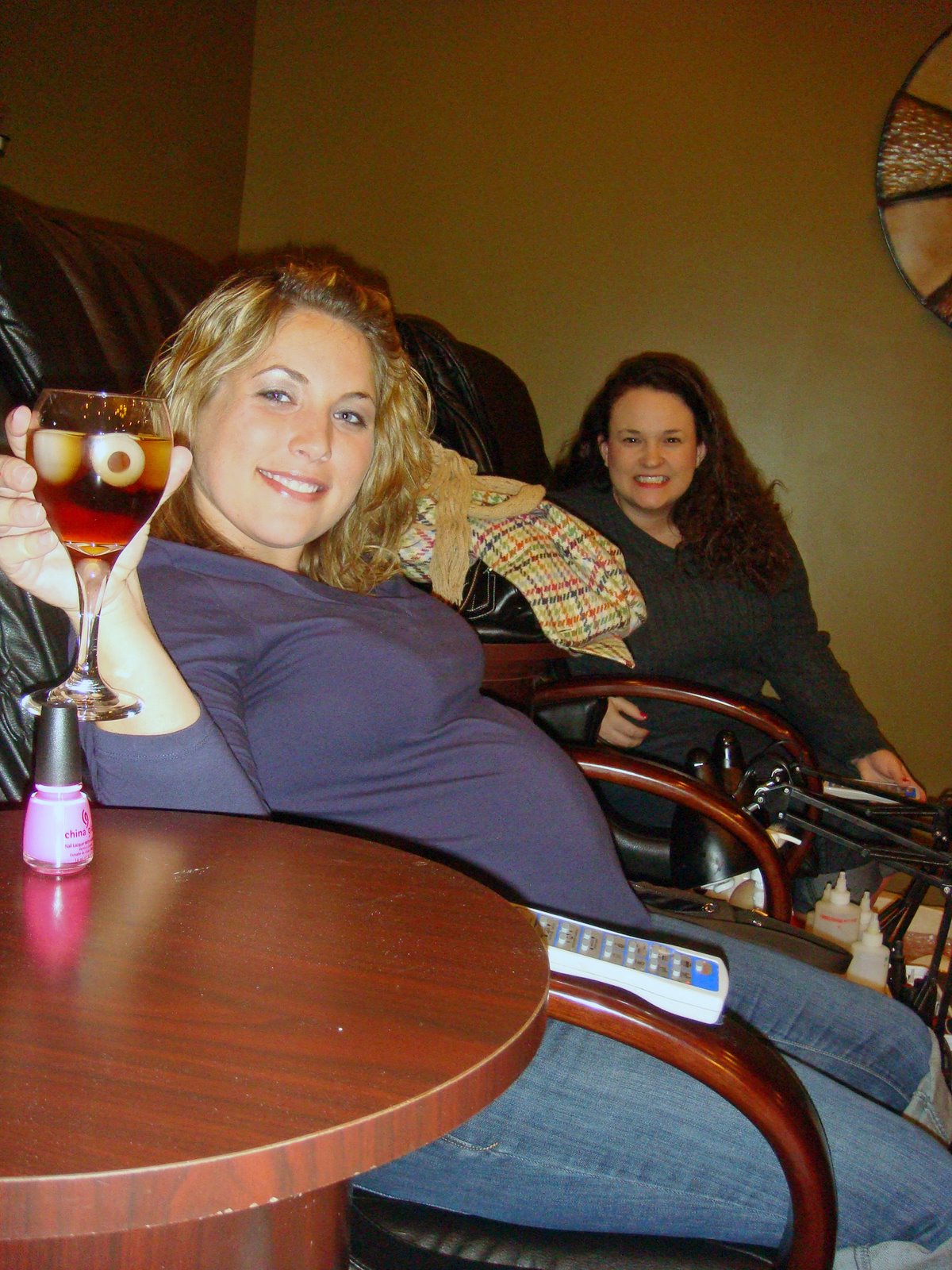 I told them that I want to have my baby and to “help” me out anyway they could! The girl went to town on my pressure points in my feet and calves. If it works at all I told them I’d call them haha. We still have another visit to use before the end of March so hopefully it’ll be to pamper ourselves AFTER the baby arrives but if not we’ll go again and try those pressure points! They may have given an awesome pedi…but not so great at photography… 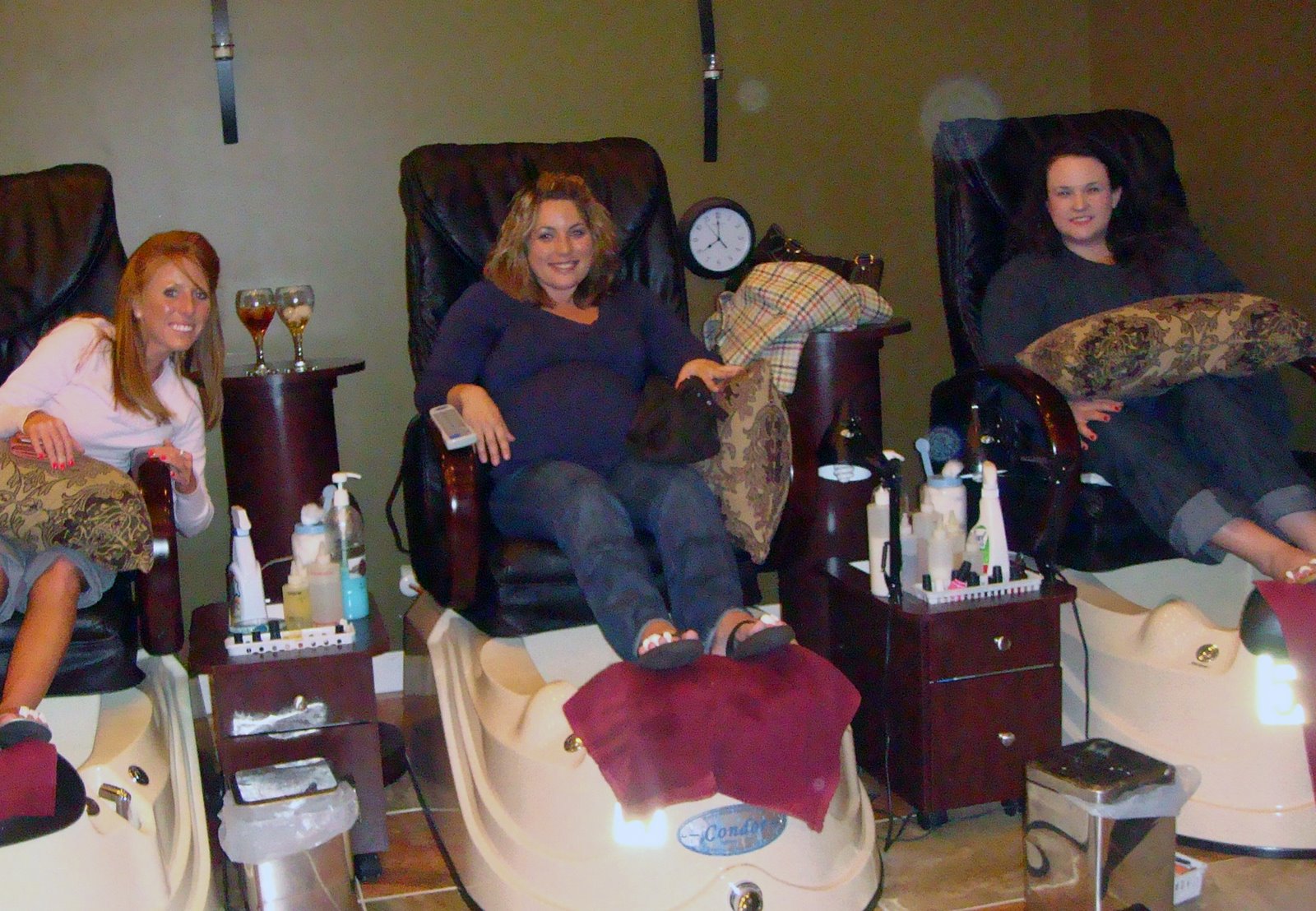 After we got done I met Zach at Red Lobster to use our gift card on a date! It was 8 pm and I had gone 8 hours without eating. By this point my migraine was unmanageable and so was my hunger. I ate 4 cheese biscuits before they even took our order haha. It was SO good though! The crab was the BEST it’s ever been and having some food in me helped me relax a little and enjoy a nice night with my husband, one we are hoping will be the last for awhile! 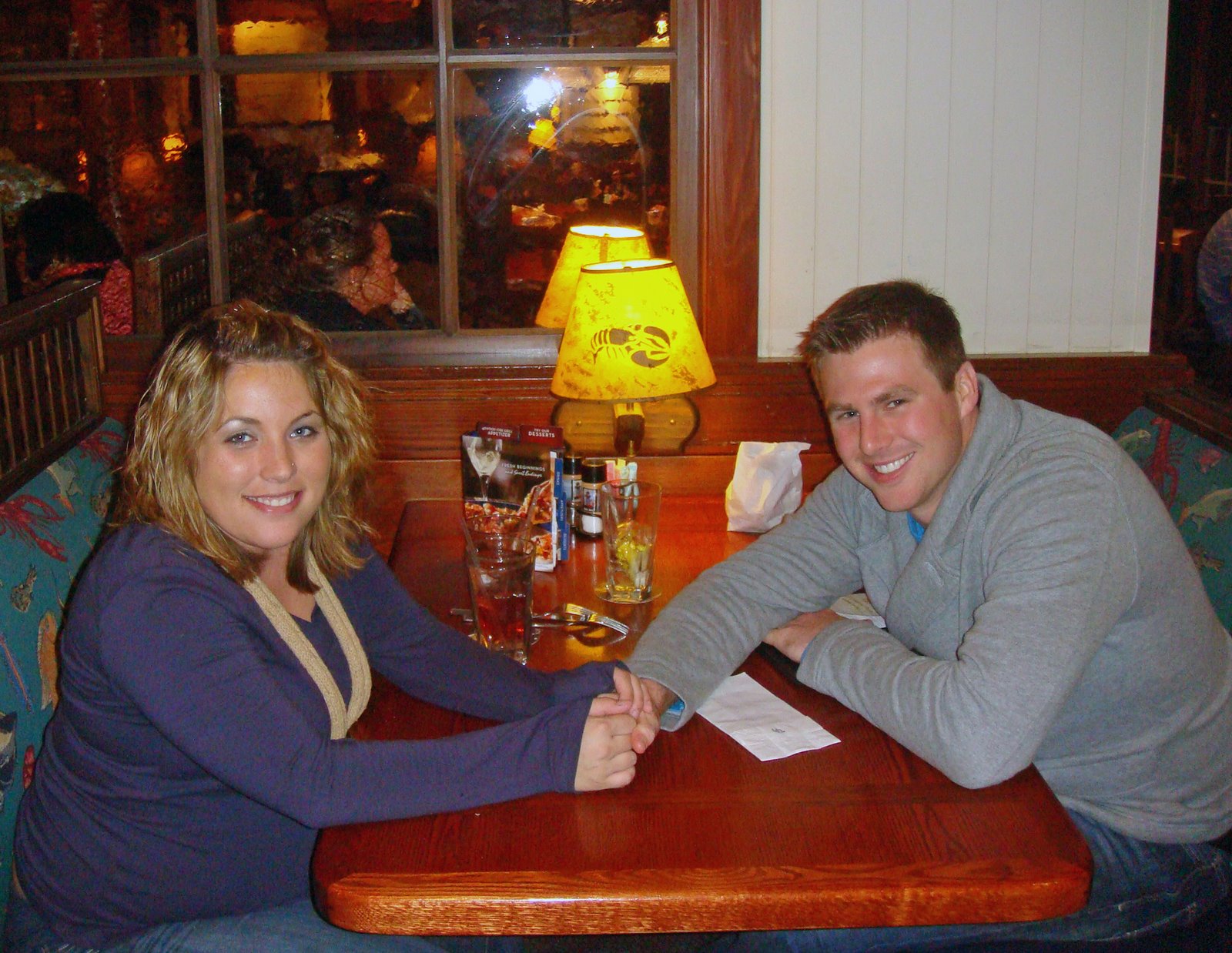 We didn’t get home until after 9:30. I had a couple other things to finish up with and then we decided we’d do a few more little tricks to see if Clover wants to make an appearance. I took 2 primrose oil caplets and we printed out this acupressure thing Rachael used to go into labor. We went to the bed and did all the points and I tried my best to relax through my migraine (seriously the worst one I’ve had in a LONG time). Afterward we planned to “be intimate” as “they” say the same thing that makes the baby also helps the baby come out!

Zach was in the bathroom shaving and I was getting back in the bed when I looked down and saw Sadie. I tried not to panic but told Zach he’d better come and look at her. Her face was SO puffy. It scared me to death! Here it is after 11 and my poor husband, who never gets any from his super pregnant wife, is pumped for some intimate time and then I have to be on the phone with the emergency vet clinic because Sadie!

She had a bordatella shot while we were at the vet as well as a rabies one and they had a hard time getting them into her because she is older and her skin is so flappy so I figured it was some kind of reaction to the shots. The e.r. vet said to give her children’s benedryl (thank the LORD we had some left from back when Levi was a puppy and ate a bunch of chicken bones and had bloody stools…oh the joys!) every 8 hours but to keep an eye on her in case she stopped breathing! How am I supposed to be intimate with my husband while watching my dog to make sure she doesn’t drop dead???

I googled a bunch of stuff and of course dogs do die from these types of reactions. I love my vet but I took this picture just in case she did die and I needed to use it as leverage with them since I wasn’t made aware of any side effects. It makes me cringe to see her this way!!! 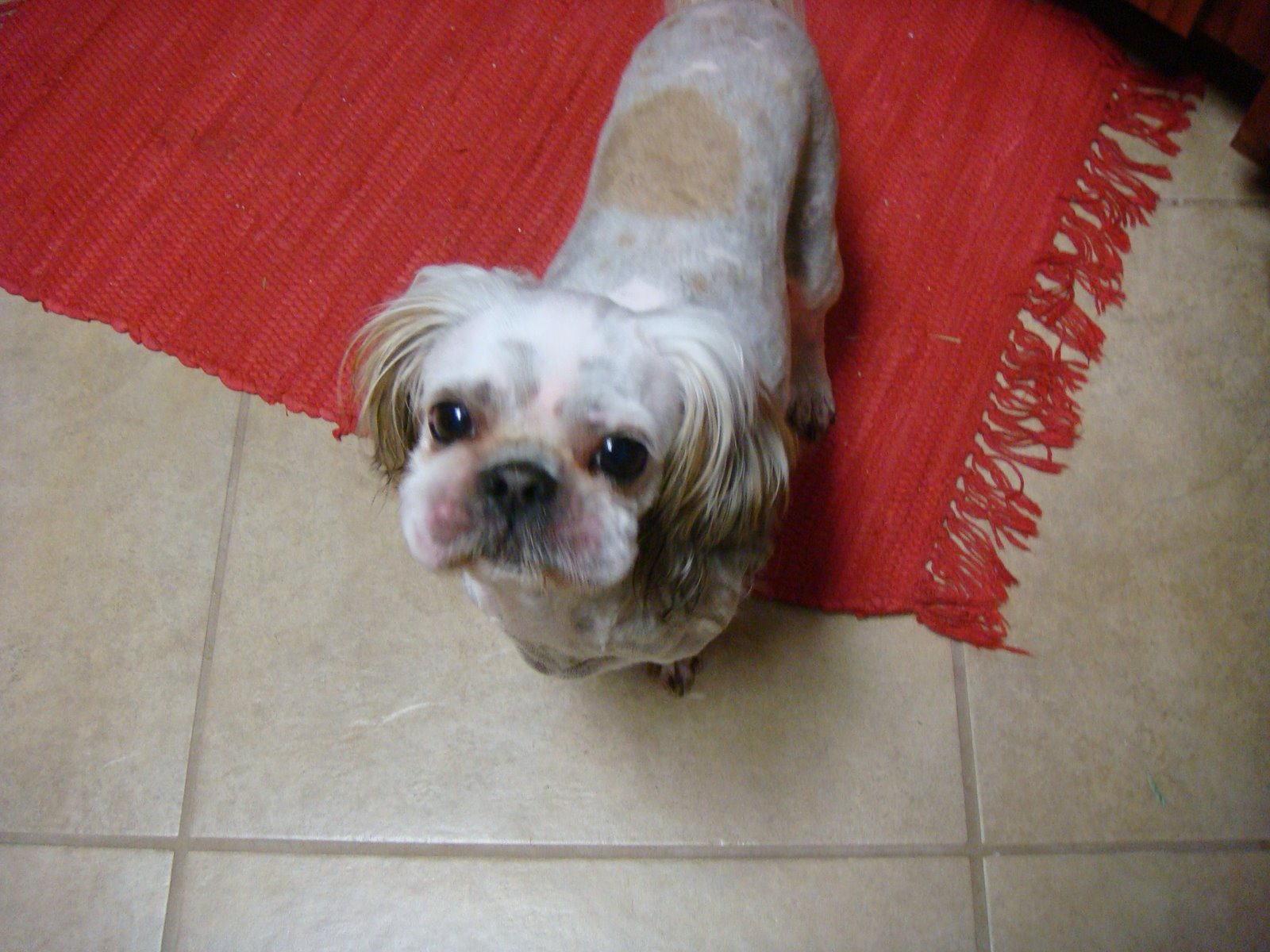 To recap: I am hugely, grossly pregnant, with a migraine, and a sick dog. But I really wanted to be with Zach and to see if it would help speed things along so I got into the bed and cuddled up next to him. Well the room was dark and he didn’t see me and went to pull up the covers and BAM. Elbowed me RIGHT in the nose. Reallll great for the headache! At the time it was a frustrating situation but is it not HILARIOUS??? What a great night for us huh??? haha

Obviously the deed didn’t get done! But don’t we get credit for giving it so many tries? And at least I did have the pedicure, primrose oil, and acupressure! We plan to try try again until something works! The acupressure said that most people do go into labor but it’s within 48 hours so we’ll see. I’m not getting myself excited or freaking out or anything..I’m just sooooo ready for it to be over with!

I was planning to walk a lot today but it’s not happening. Headache is still here (KILLER) but thankfully Sadie is fully recovered so I’m spending my day on the couch resting and watching tv. And if still no baby tomorrow? I’m laying out! It’s supposed to be pretty again!

As far as symptoms go I had to up it to a full on pad rather than a panty liner as it’s too much to contain! I have had some more intense contracting but nothing worth even writing about. And I feel like my legs and all are really sore. I think it’s from just doing too much and I hope some rest will help me feel more like myself! Tomorrow morning we go back to the dr. so I’m crossing my fingers that things have progressed some! 🙂