Dealing with a Tongue Tied Infant

When Brittlynn was born we started off with a wonderful nursing relationship!

She nursed for over 40 minutes in the delivery room alone!

Over the next few days, we got into a rhythm where she nursed about every 2-3 hours (starting from the beginning of one feeding to the beginning of the next) and would take an hour or more to nurse each time. Um, that’s a long time to nurse.

All of my friends (and all of you!) were well aware how important it was to me to establish a good breastfeeding situation from the start since I encountered so many bumps along my nursing journey with Kye (I still exclusively breastfed for 10 months – it was just a beast for the first several until we got everything going smoothly!).

When I posted Brittlynn’s birth pictures I got a message from my sweet friend, Kelly, and she told me she thought Brittlynn might be tongue-tied.

I’m very thankful to her for pointing that out…honestly, I wouldn’t have ever noticed it if she hadn’t told me!!!!

Being tongue-tied (technical name is Ankyloglossia) means that the membrane connecting the underside of the tongue to the floor of the mouth is unusually short and thick.

It’s that little thing that looks like it connects your tongue to your lower mouth…you can see how short and thick hers is here:

Once Kelly told me, I looked into it and read that it can cause issues with nursing because the baby is having to work extra hard to get any milk since they can’t push their tongue out far enough.

It can be fixed by a simple procedure where they cut the membrane so the tongue can move better.

I asked about it to every baby nurse, her pediatrician when he came to see us, and the lactation consultant.

They all said since she was doing fine nursing that it was fine and not to worry about it.

The day we left the hospital I asked her discharge nurse and she finally looked at the child for me!

She said she was but that her tongue could reach her gum line and her lips (barely her lips) so it wasn’t severe and since we had a good nursing relationship going, not to worry about it.

Once we got home I realized that spending over an HOUR per feeding just wasn’t feasible.

Not that I would ever stop nursing because of the time she took to nurse, but I would like it to take less time especially since Kye needed my attention too.

I had also learned being can cause speech issues down the road, who wants that? 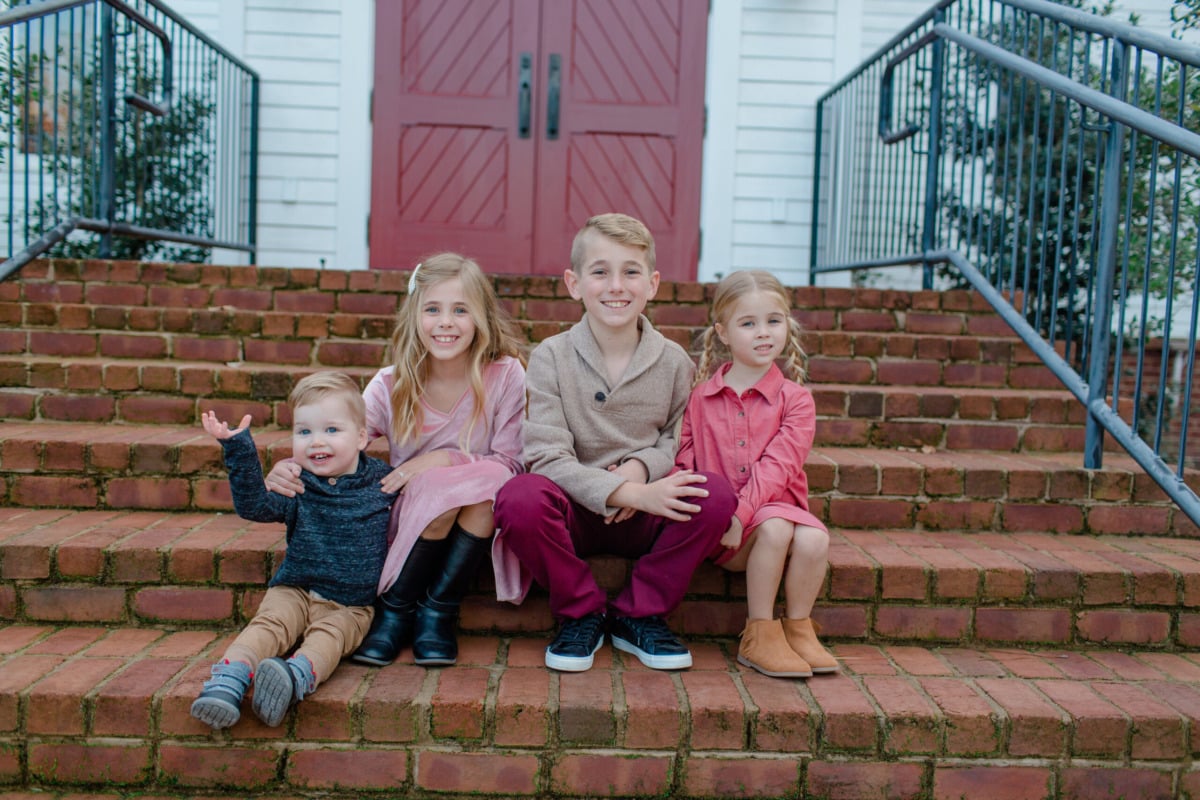 Want to Connect with a Busy Mama Like You?

When we took Brittlynn to her hospital visit I asked about it and the nurse said that I’d have to call her pediatrician to get a recommendation from him in order for the procedure to take place.

She said I’d probably have a hard time getting them to do it since she was thriving and doing so well!

The more I thought about it, the more I wanted it cut.

It’s my child, I should be allowed to have it happen if I think it’s what is best for her.

Sure, they can do the procedure at any age…but why wait to see if she will have speech issues because of it???

Why not go ahead and do it when she’s young, when she won’t remember and when it might help her to nurse faster and more efficiently????

I called Dr. Griner’s office and told them my daughter was tongue tied and I wanted to see about getting it fixed.

They told me to come in sooner than her scheduled two week well visit (so it’s why we went when she was only 8 days old!).

They said we could discuss it then, and assuming she was healthy enough, they could count it as the well visit too.

I was all prepared to defend my case to Dr. Griner, but I should have had more faith in him than that.

When Mom and I took Britt to the it was the first thing on my agenda to discuss and, without even having to go into an explanation, Dr. Griner said he’d refer me to where we needed to go!!!

I was hoping they could just do it there, but we’d actually have to see an ear nose and throat specialist about it.

I was SO happy that it was so quick and easy to decide what to do and was eager for her appointment on Dec 23rd.

Exactly one year after Zach had his back surgery we were dealing with another kind of surgery!

That morning we went up to the ENT dr (the same one that saw me about my sense of smell, or lack of it.).

We were the first people there and the girl who checked us in said that she had her tongue clipped as an adult and that it was very painful so she thought it was great that we were going ahead and doing it while she was so young.

I think God used that girl to make me feel better about our decision 🙂 It worked!

When the dr came in he said “let me look at her.”

She was crying and he glanced at her mouth then grabbed some scissor looking things!!!

I grabbed Kye and raced out of the room…I did not want either of us to witness that junk!

Poor Zach was stuck dealing with it, glad I’m not a man in times like those 😉

waiting for the procedure

Zach said he just kinda cut/sliced her little area under her tongue and that it was over mega fast.

Kye and I could hear her screaming.

We tried to give her the paci and she didn’t even want it.

They had told us that the pain was minimal (I LOVE how people tell you that things don’t hurt a baby…how in the world do they know!?!?) and that she’d be able to nurse right after with no issues.

When we got home she was still very, very fussy and seemed to be in pain to us.

She nursed a little faster but needed a lot of love and affection that day.

Zach actually held her for one of her naps because she was hurting 🙁 Poor thing!!!

I felt somewhat guilty but then, at the same time, Kye had to go through circumcision and there’s no way what she went through was more painful than that!!!

Even on that first day, it looked so much better.

I could see that she could stick her tongue out further and I had zero regrets about having it done.

It’s been about three weeks since she had it done and I can’t really say that it made a HUGE difference.

Plus, I KNOW that when nursing issues come up that it’s not because of her tongue ya know?

It’s nice to have that off the list of reasons something could be wrong.

I also know that we won’t have to worry about having it done later in life or have to deal with any other issues it could have caused.

It turns out that a TON of the Parker family has been tongue-tied!!! I guess it’s a genetic thing maybe???