Brittlynn was born on Tuesday, we left the hospital on Thursday and we had to go back to the hospital for her two day (since leaving the hospital) check up on Saturday. They said we could bring her by anytime from 2-4. Easier said than done when your toddler naps from 1-3:30! Zach and I discussed it, and it’s something we’re going to have to remind each other of over and over again. Now that we have a baby, Kye’s schedule comes second to her schedule. The first year of a baby’s life scheduling is VITAL. Since Kye is older, he is more flexible. We decided to leave based on what was best for Brittlynn so right when she got done nursing we left. Luckily Kye was semi-awake anyway so it worked out perfectly.

It was our first time taking Brittlynn out and we had both kids with us. It went pretty smoothly! Luckily, she likes the car (at least so far) and slept the entire way. We didn’t make Kye sit in silence and we all sang Christmas songs on the way there. He was nervous that we were going back to the hospital to leave Brittlynn there (makes sense seeing as that’s where she came from when we got her). I had to reassure him that they were just going to check her then we’d bring her home. 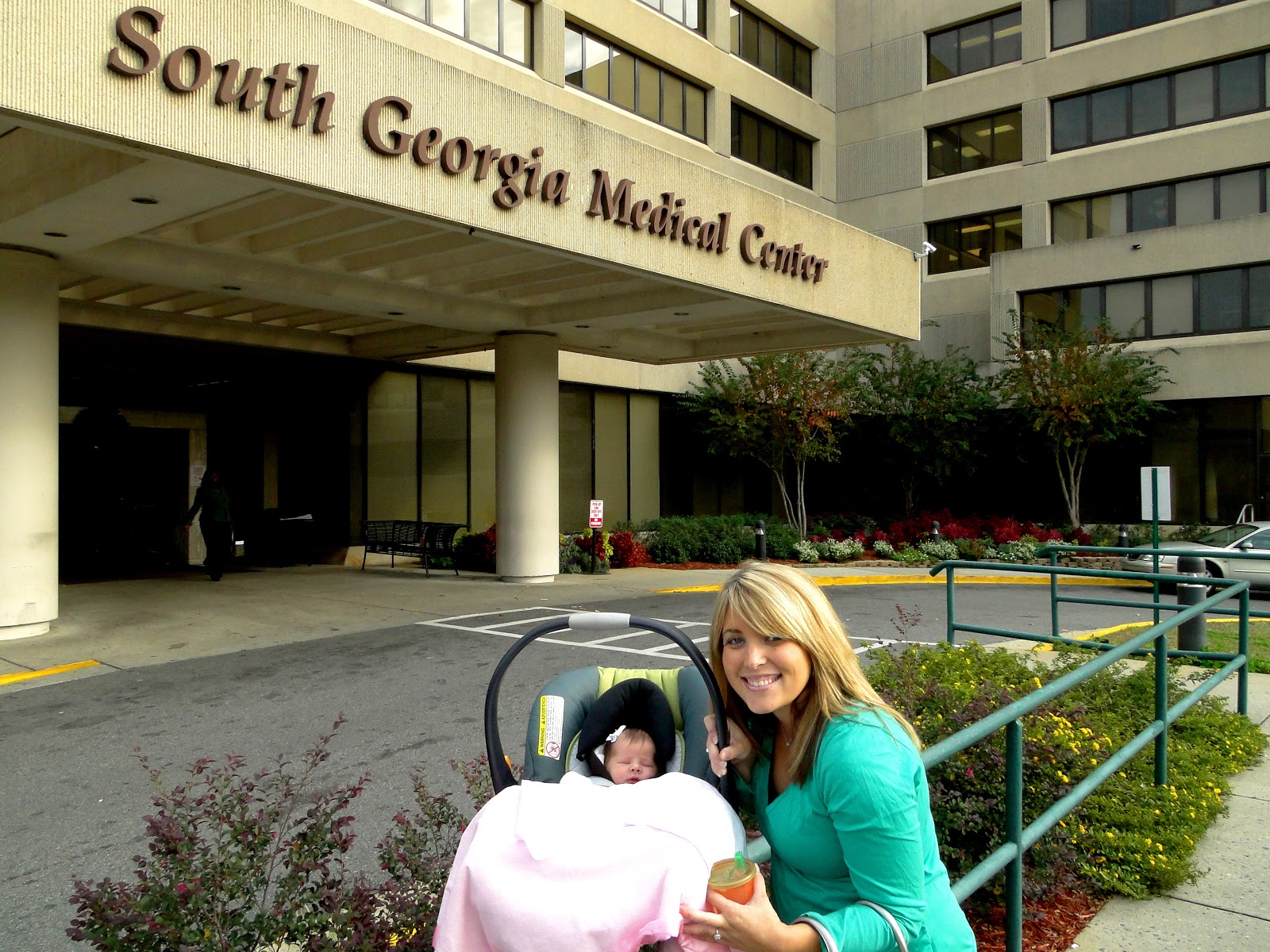 When we got there we had to ring the nurses station and Elizabeth came out and greeted us!!! It worked out perfectly because I had a thank you card and massage gift certificate for her. 🙂 We visited for awhile, and I REALLY like her. Not just as a nurse but as a legit person too. She said it was so neat to see Kye since she was there when he was born and hasn’t seen him since. She said for us to come up and see her so I may do that! Maybe I can take Britt to get weighed or something as an excuse…and I’ll look for her when Crissy has Olive 😉

We got Brittlynn all dressed up cute…for no reason at all! She was covered with her blanket the whole time then when it was time for them to check her she had to be naked. Poor Zach handled all the undressing and re-dressing and the kid was not happy about it. The whole appointment was so casual. I don’t remember it being that way with Kye at all (you can read about his visit here). I had zero questions and she really didn’t ask me many either.

She asked how breastfeeding was going and I told her it was taking a long time each feeding but that it was going well and she asked for the diaper count. Literally Brittlynn was peeing and pooping at least once per feeding. I think at that point it’s considered good if the baby has like 3 poop diapers a day…she was having 8 or more!!! The nurse said we didn’t have to keep track anymore which was good 😉 She also said Brittlynn didn’t have any signs of jaundice and had beautiful coloring.

Then it was time to weigh her! At birth she weighed 7lb 13 oz. When we left the hospital she had dropped down to 7lb 6oz, which is very normal (it was actually Kye’s birth weight!). Only two days later she had gained 5 oz and was weighing 7lb 11oz!!!! The nurse couldn’t believe it…she said that it’s rare to see that, especially for a breastfed baby. Made me feel SO proud and the nurse was mega impressed. She said she’d be letting the lactation lady know how awesome we were doing. I don’t typically brag about stuff but I was hardcore PUMPED about her weight gain! I put that junk on facebook and texted all our family members about it. I was nursing practically around the clock and to see it pay off so quickly was exciting. I knew we had a good thing going and a healthy baby. It’s a HUGE blessing and something to be proud of for sure! 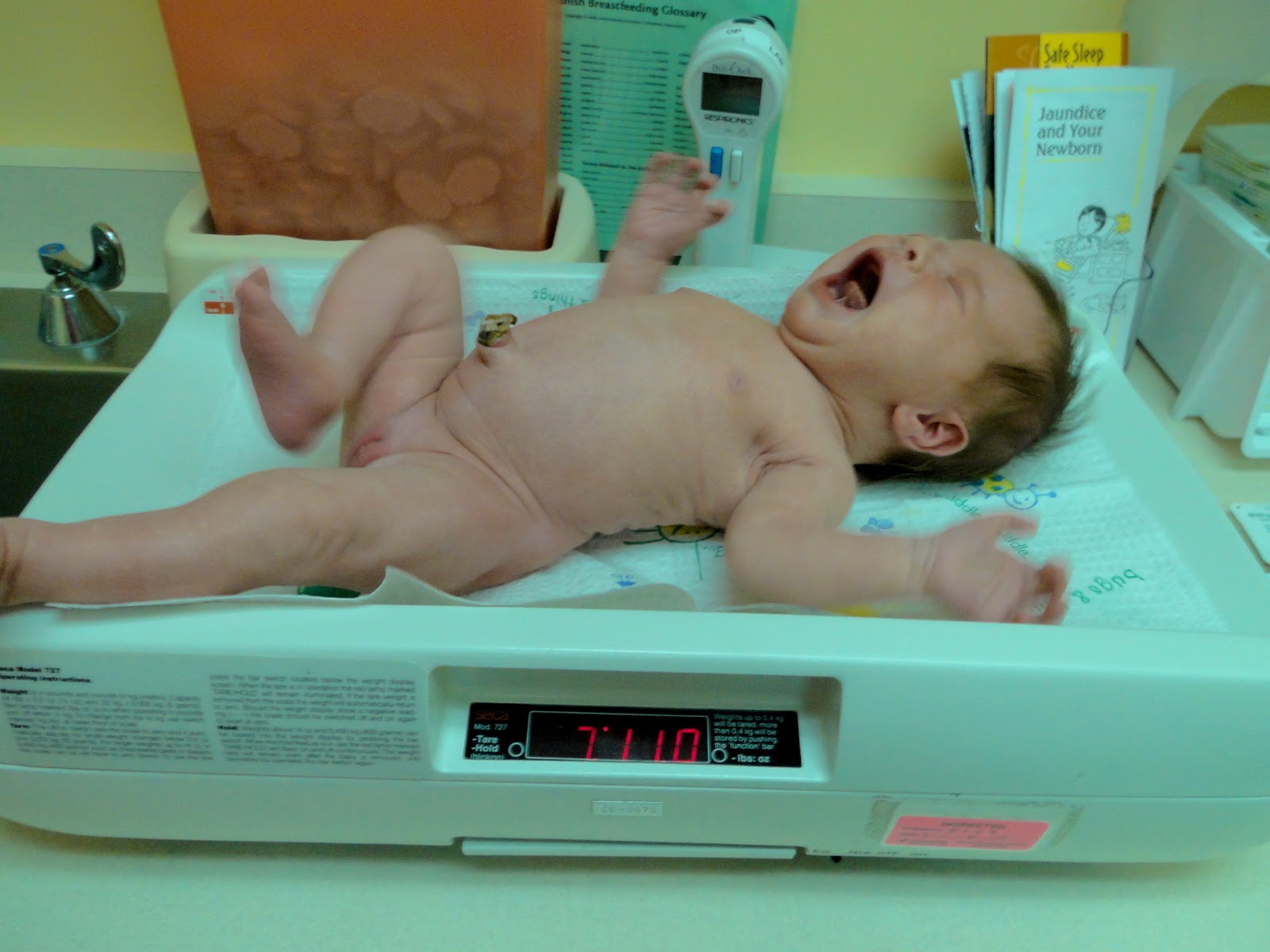 While we were dealing with Brittlynn, Kye was socializing with the people in the hallway outside the room.  Some nurses caught his attention and he was in Heaven entertaining them while he waited. When we were done, they let us know that they enjoyed it too…such a ladies man.

The whole “appointment” lasted no longer than 15 min or so and it was wonderful to walk in there feeling so confident and prepared. It’s AWESOME having a second baby because Zach and I both know what’s going on and aren’t running around like clueless crazy people.

On our way into the hospital we actually were waiting for an elevator with another new parent. This young guy was carrying in a HUGE car seat (one of the kinds that Kye now sits in) and had a brand new baby boy. He was cute and so excited but also so, so clueless. He looked at our car seat and said “I don’t think mine does that.” I felt so bad for him. Part of me wanted to tell him to go run to Walmart and buy a different car seat. Those poor new parents would have to lug their baby in that car seat to the car then somehow get the thing in! Thankful we don’t have that problem for sure! 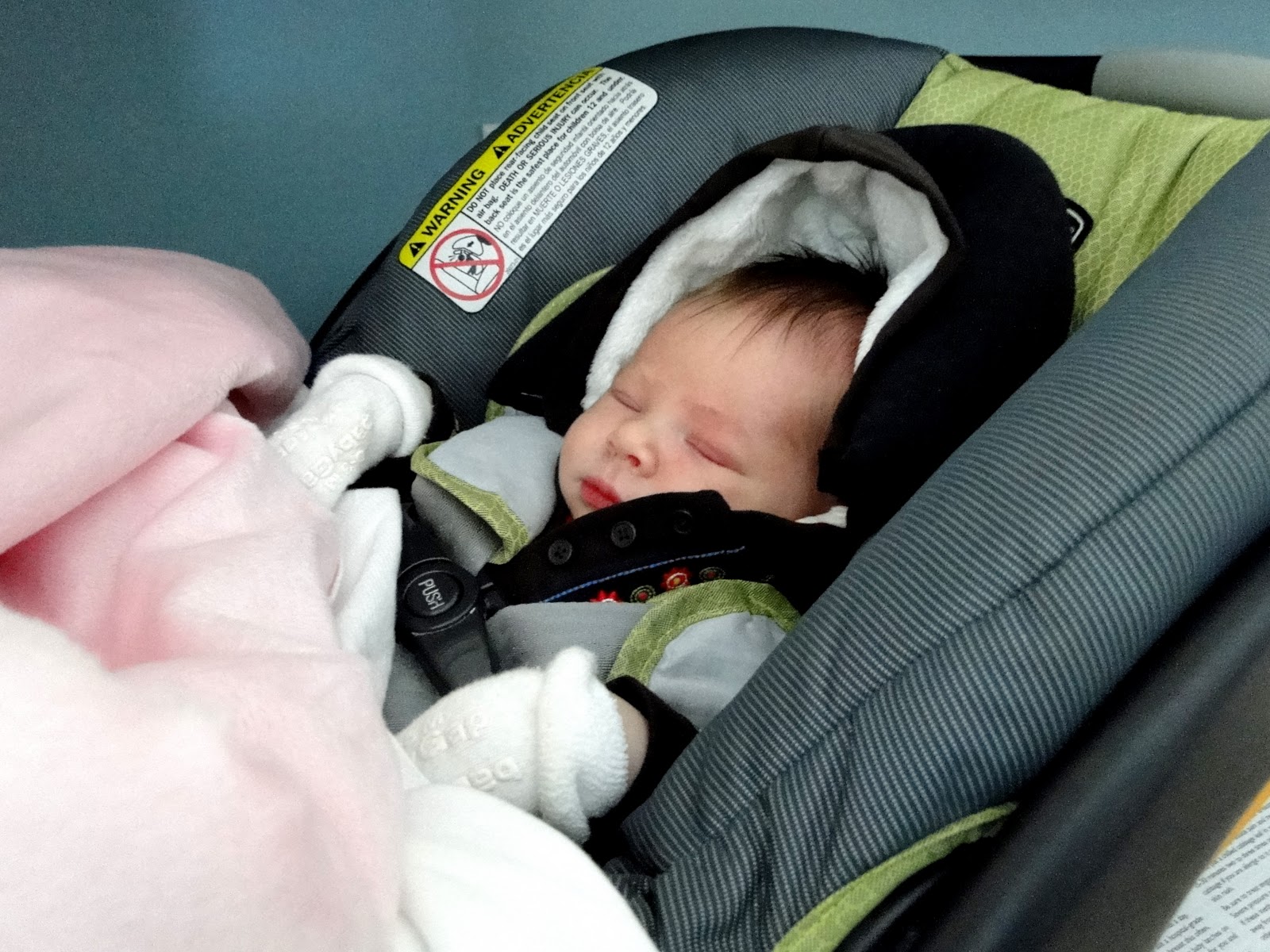 The hospital visit couldn’t have gone any more perfectly. I’m SO proud of my sweet girl and how awesome Zach and I are doing so far as her parents 🙂