Spear turned 14 months old on February 1st! I took several cute pictures of him this month for a collaboration I did with See Kai Run (which have a line at Target now!) and loved the shots I got of him so thought I’d use them this month for his pics 🙂 I’m using What to Expect the Toddler Years for this post: 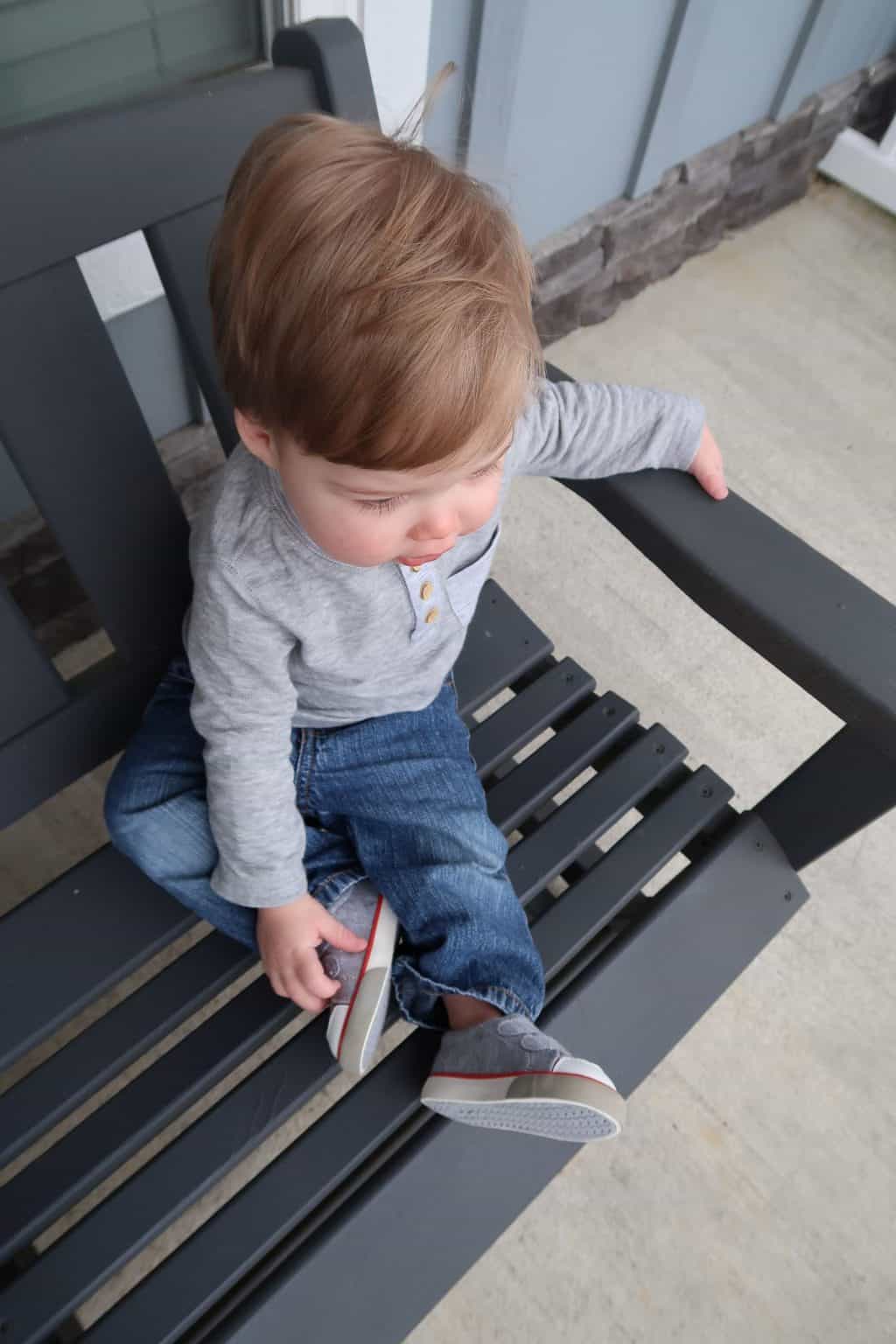 At 14 months Spear is doing almost everything a toddler his age should be doing including:

He is not yet using “mama” or “dada” intentionally. He is starting to say things with more intention so I believe it’s coming soon and am not overly concerned about it but the book does advise to speak with your doctor if your child isn’t saying mama/dada intentionally by 13.5 months old. 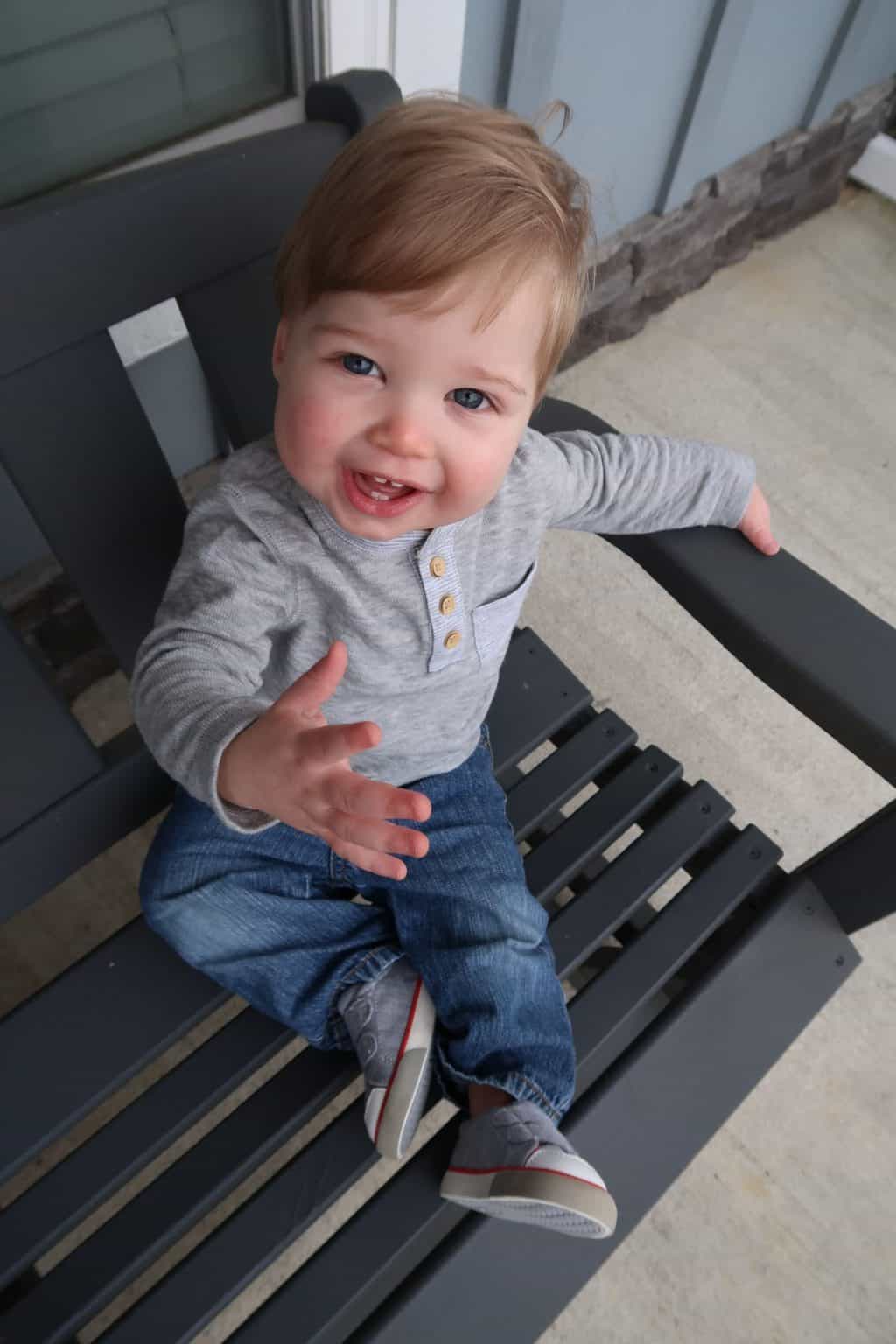 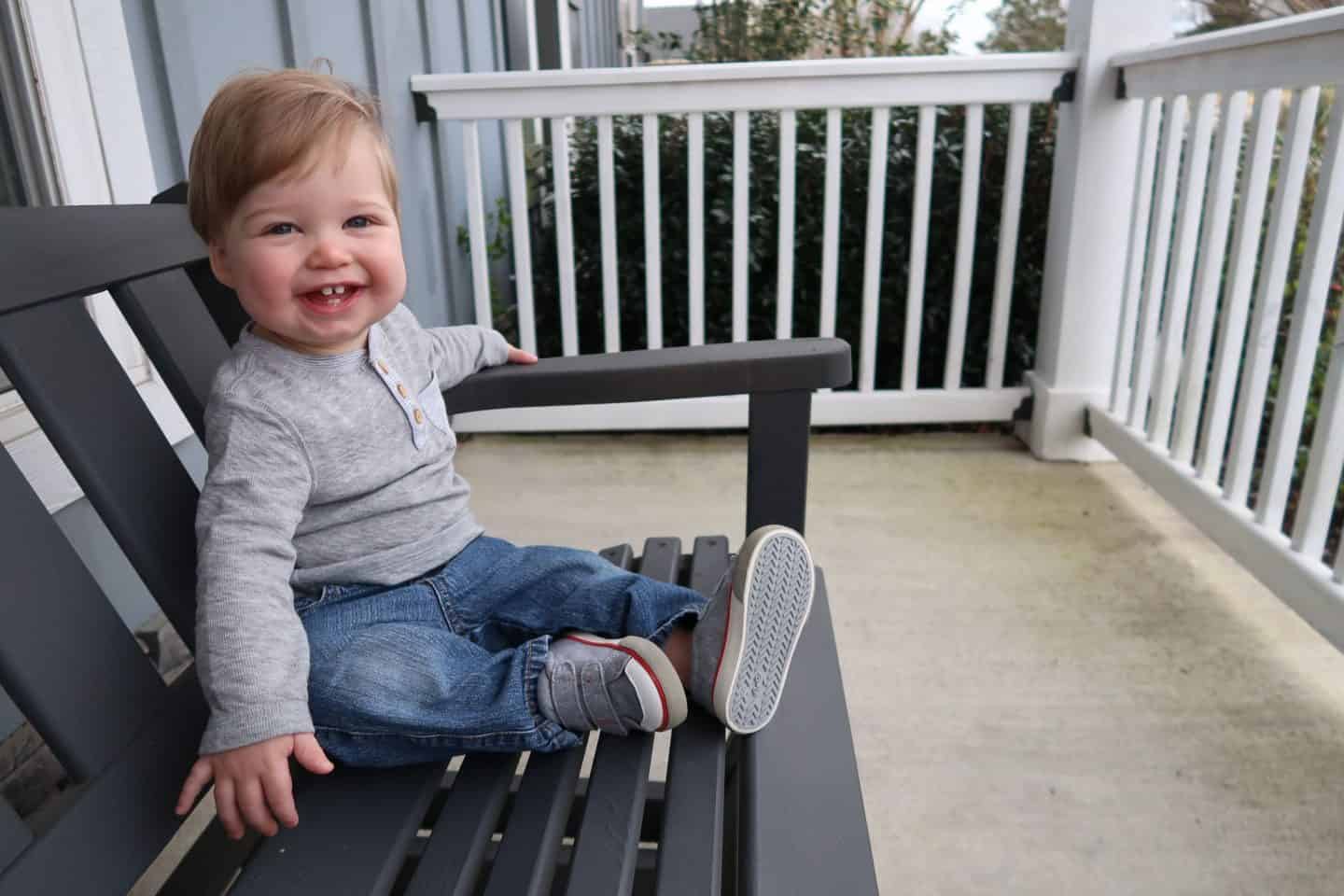 Spear is doing one of the things that a toddler his age will probably be able to do and that is: bend over and pick up an object.

Spear is not yet walking and isn’t yet “walking well” either. Again, I’m not overly concerned. I do think he’s my latest walker (I know Kye and Britt walked at 13 months but I can’t remember about Tess!) but he will get there! He’s been sick and I know that can slow things down a bit. 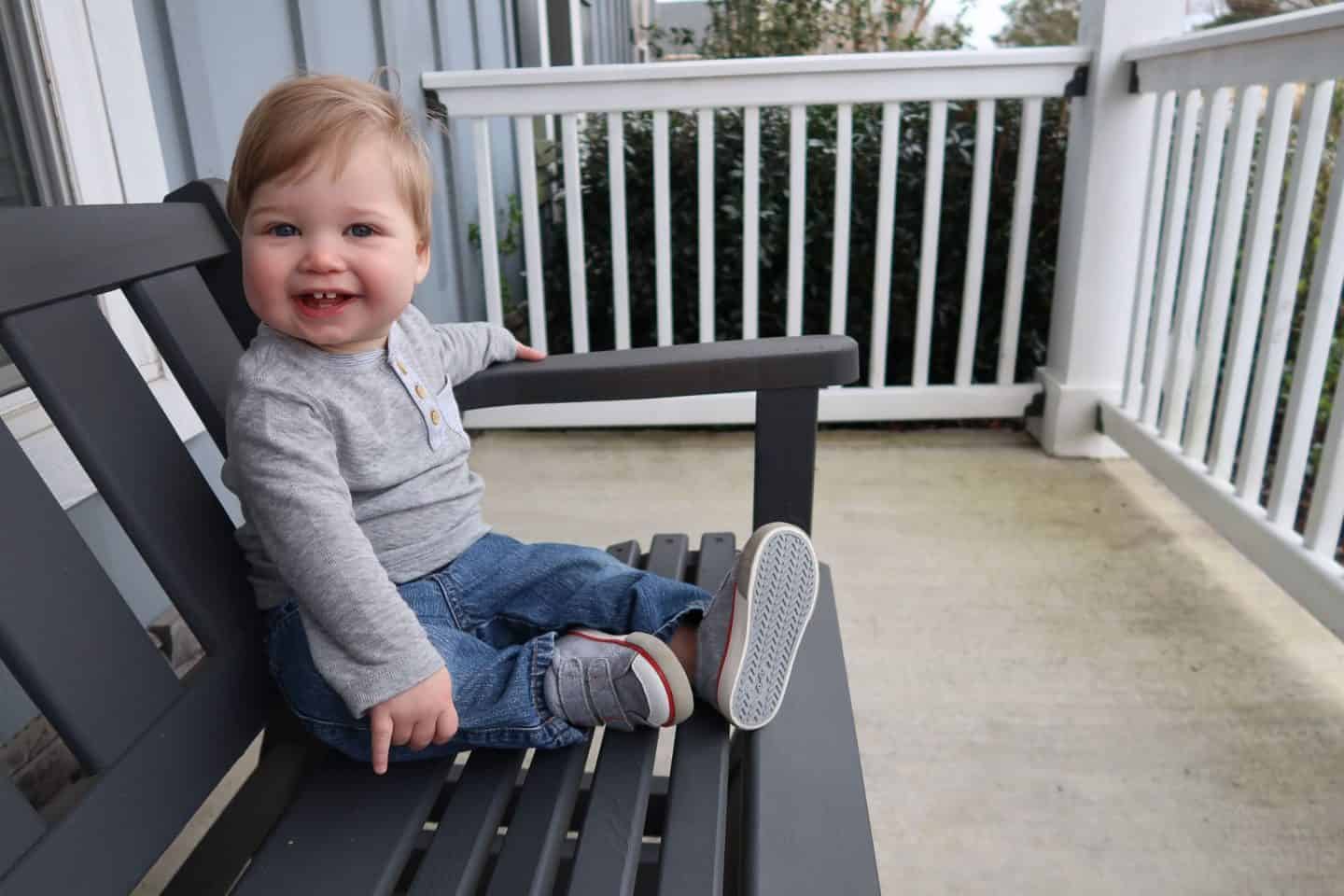 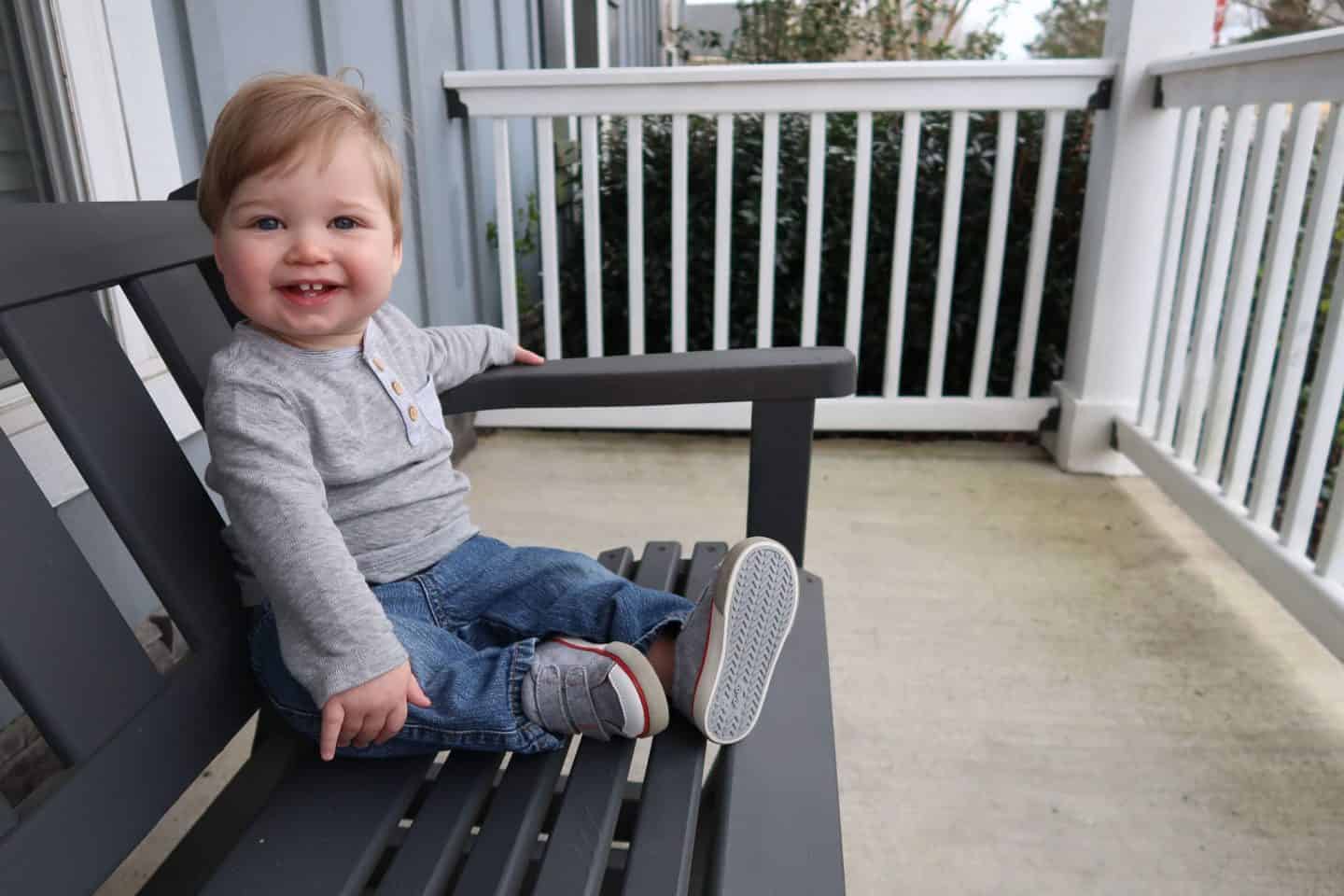 At 14 months Spear is also doing one thing he may possibly be able to do and that is use an object in imitation (brushing that hair!). 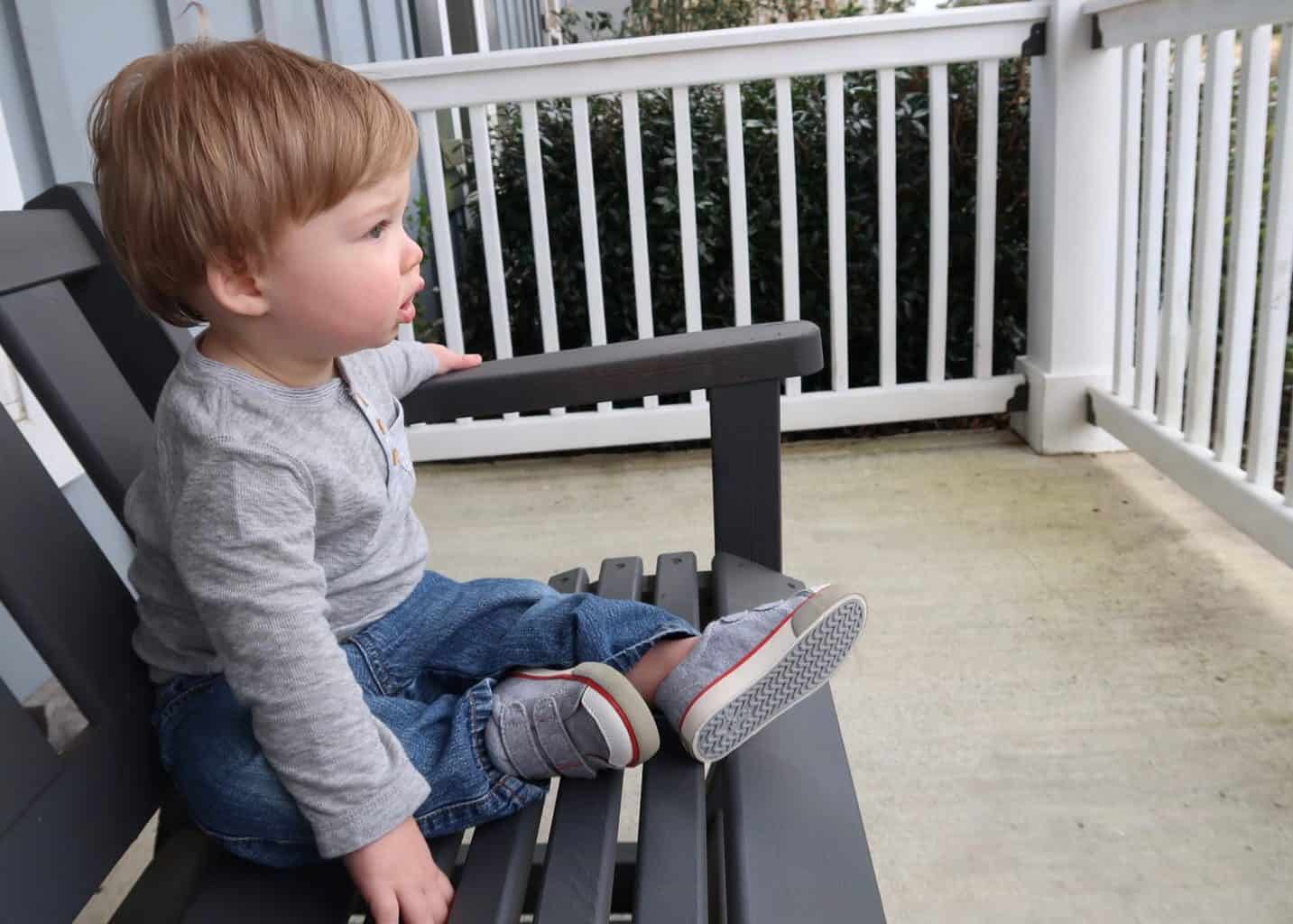 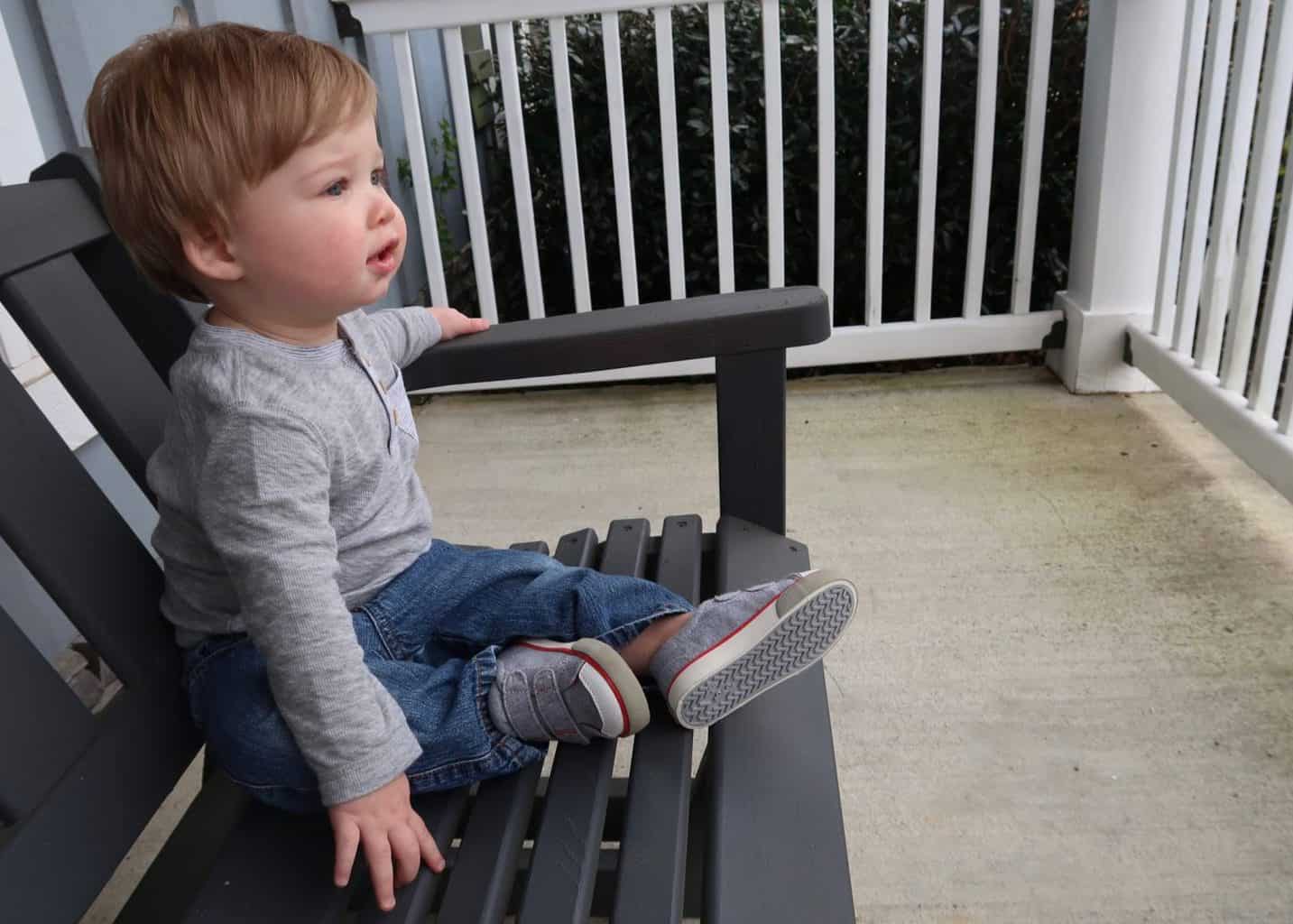 He is not yet doing any of the things a child his age may even be able to do including: 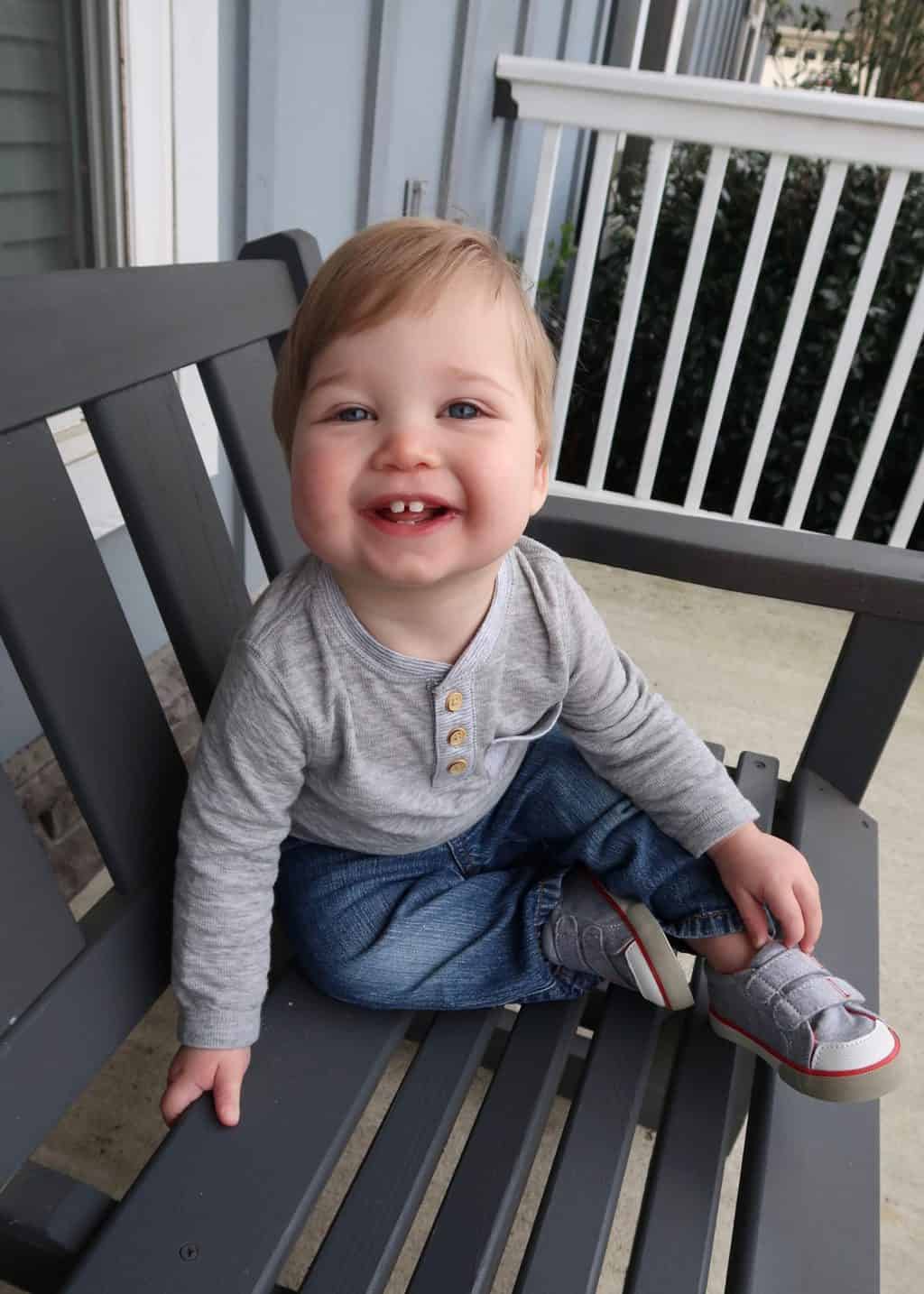 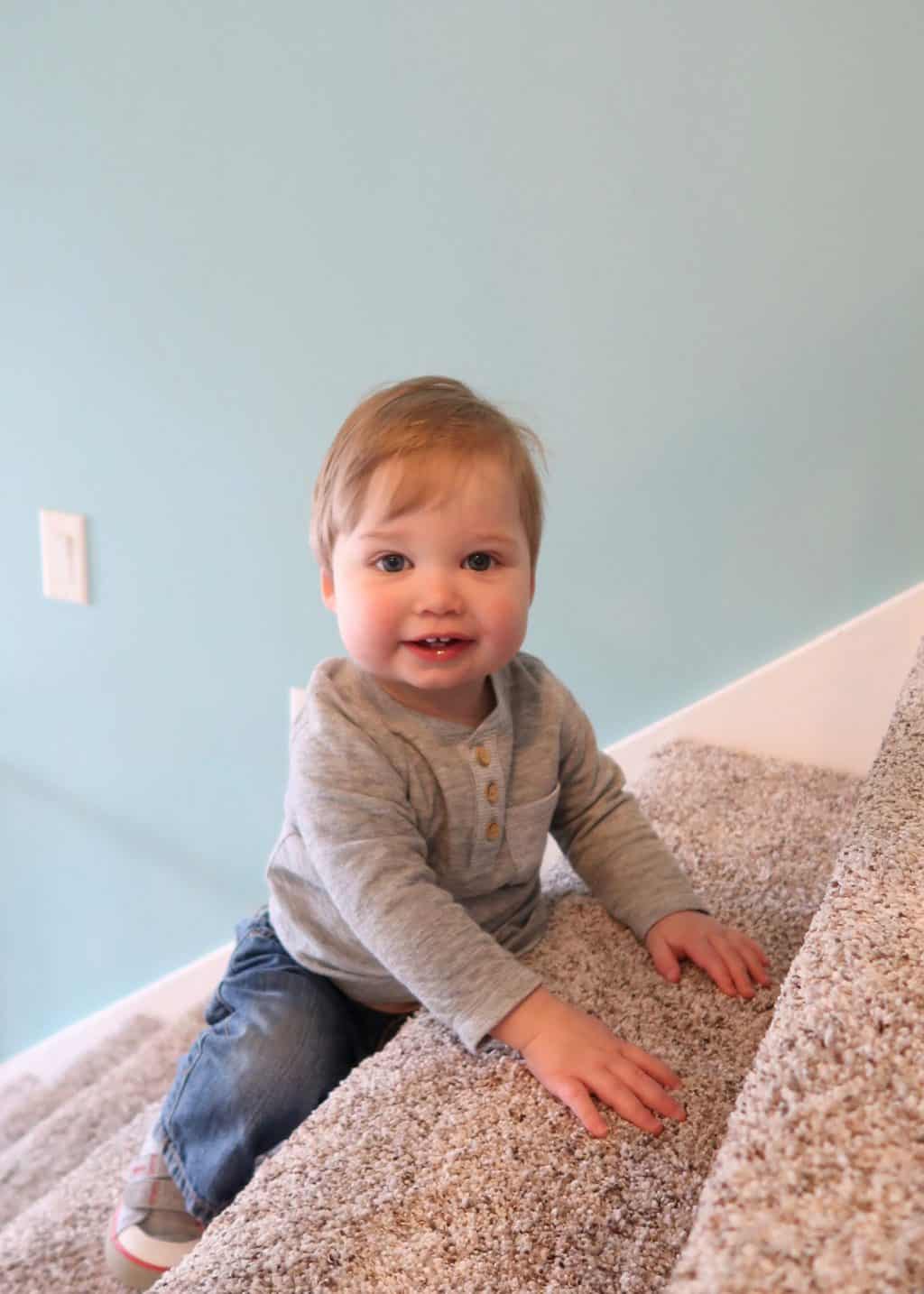 I pulled out Kye’s old toy cars this month. I reorganized the playroom and rearranged the toys we have downstairs. For two kids in a row we’ve had girls so all the easy access toys downstairs have been more “girly” (like My Little Ponies) and I wanted to make the toys more boyish that are easy access. Spear LOVES playing with the cars! I love these pics of him! 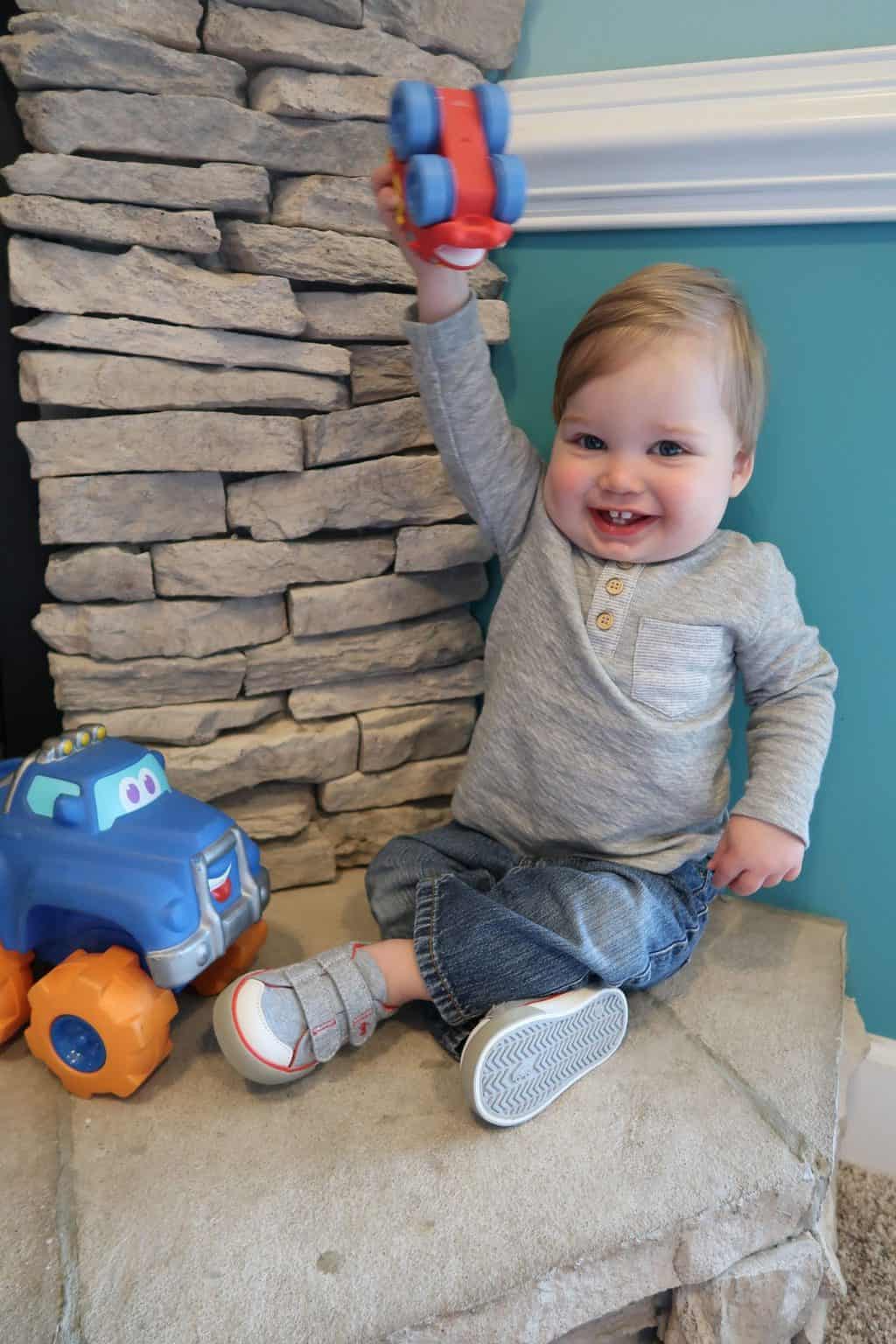 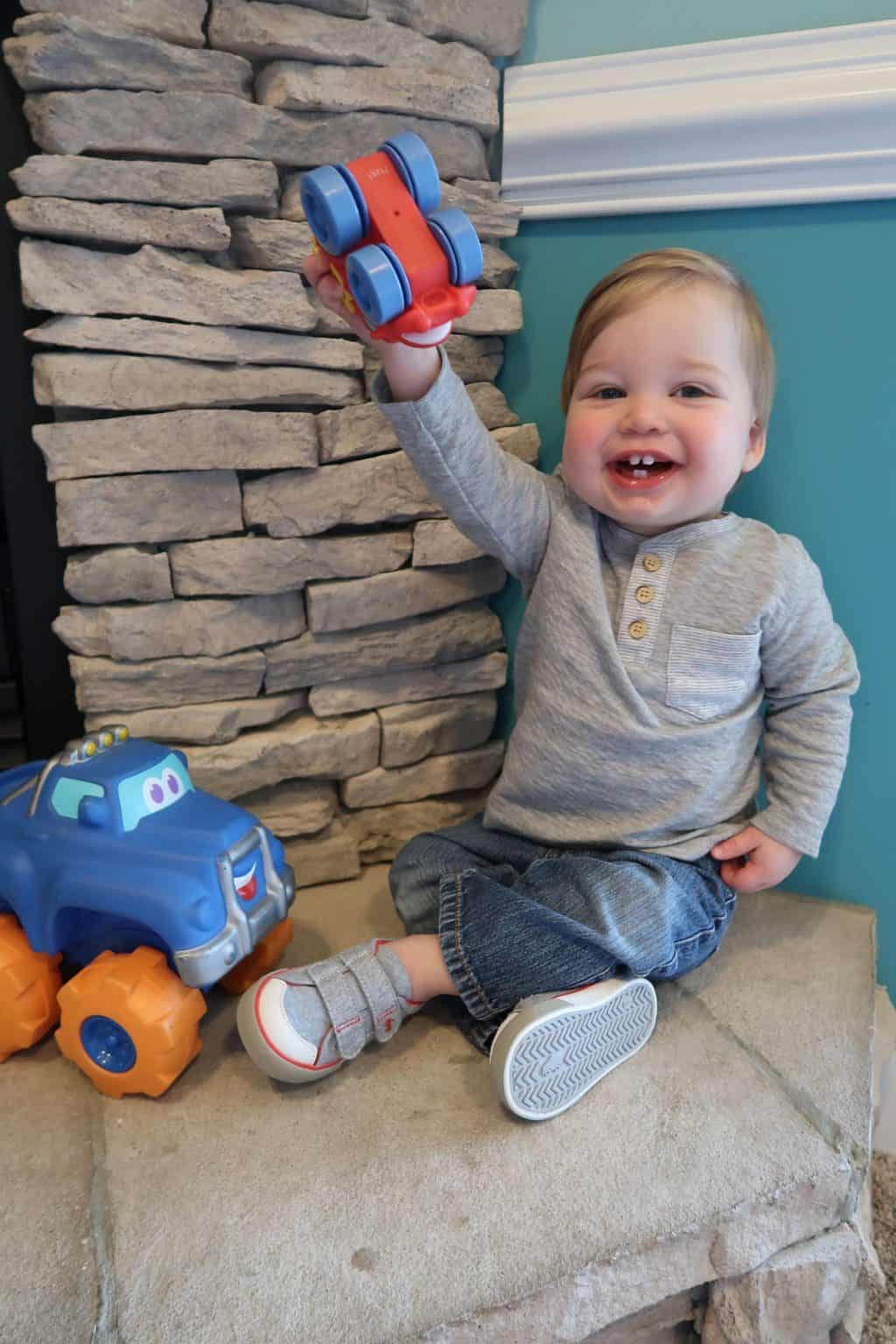 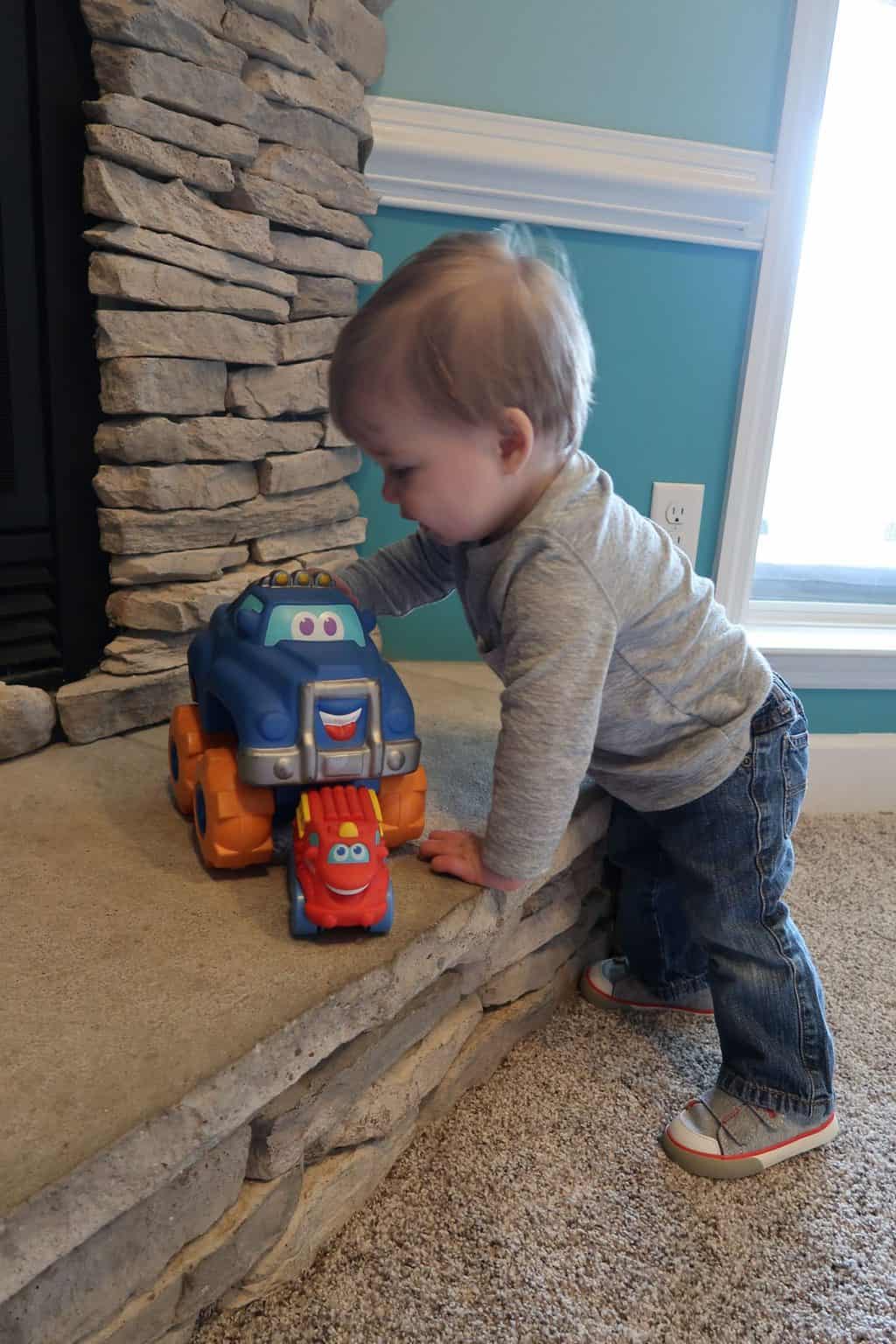 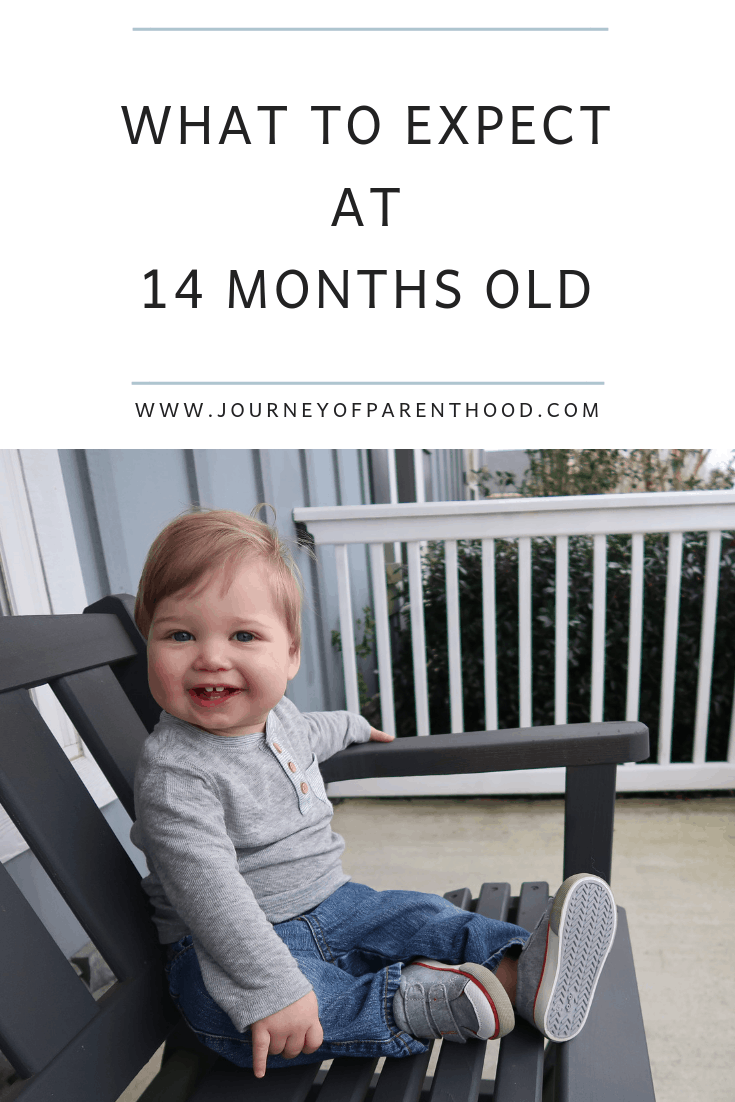