Yesterday I totally had a case of the pre-baby blues…if there is such a thing. I just felt so discouraged and frustrated and upset with the world! I have NOTHING to do to occupy my time and ended up crying feeling so lonely and isolated. I guess this is normal? 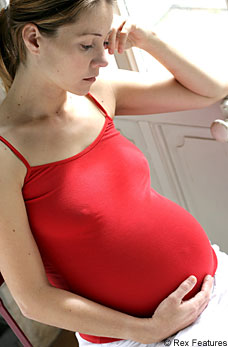 I ended up having a good solid cry and after venting to Zach and Mom (through email) I did feel a little better. I laid out for about 2 hours and re-read one of my favorite middle school “chapter” books (The Face On The Milk Carton) which put me in a better place! Plus it was SO nice out…warm but just windy enough to not be hot…so that helped. Ashley and I also talked for a long time and she made me feel better too. I may have felt lonely but I’m really not alone!

I decided to quit thinking about being pregnant. I thought I’d just pretend like I’m “normal” Emily and that it would help me feel better…b/c after nine months of being the “pregnant girl” I’m soooo ready to be EMILY again! I tried not to think about the baby or about going into labor.

Zach, Katie and I went and saw Valkyrie at the dollar theater (pretty good for a Tom Cruise movie) and it did remind me that I’m pregnant…I could hardly sit still I was SO uncomfortable! Afterwards Zach, the dogs, and I (and Spencer our outside cat came with us too so cute!) walked the neighborhood for about 40 min. Then I took 4 primrose oils and we did acupressure. This time I FINALLY started feeling something! My stomach is MUCH tighter now from the belly button up which is good and the pressure points made me contract and I contracted almost the whole time while walking. All good things so it was hard not to get my hopes up some.

Went to bed and actually woke up multiple times in the night with intense lower back pains and cramping feelings…so I felt happy and kept sleeping. Got up at 3:50 and decided to try…castor oil! I know it’s super controversial and I did a TON of research on it! I decided to take it then b/c I had an empty stomach and because I’d be able to sleep until it kicked in! 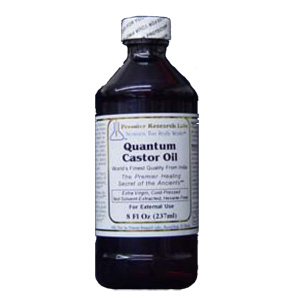 I decided to just take 1 Tbl instead of two and mixed it with some Dr. Pepper (because I hate Dr. Pepper and I heard you will HATE whatever you drink it with). Um, you can’t mix that crap! It’s straight OIL and it coated the TBL thing, the glass, and the spoon I used to mix the drink. It stayed separated from the drink the whole time too so I basically drank straight Dr. Pepper then straight oil. Sick. I decided after one glass to do another TBL and after that glass I figured I’d probably had around the one TBL I originally planned on. I drank a glass and another half glass of water (as I heard castor oil will dehydrate you…that’s the only dangerous thing about it) and went to bed.

Sure enough 3 hours later almost on the dot (7:30 am) I woke up with bubbles in my tummy. I had some hardcore diarrhea but nothing I couldn’t handle. I was able to go back to sleep and got up for good at 9:30 with some more of it. Then had it two more times. I have to admit I was a little “sore” so I soaked in a warm bath for about an hour to recover but I didn’t feel really sick or anything! And since then? Nothing. I sat on my “birthing ball” (actually just an exercise ball, they are the same thing) and rocked back and forth for 2 hours. I felt some contractions that were more “real” as they hurt the lower back and through the stomach but nothing constant.

Online it says it can take the castor oil 24 hours to work so I still have until 4:30 this morning but I don’t think anything else is going to happen. We still got ready and went to the Student Center Retreat and I feel 100% fine. So Clover will FOR SURE be a March baby! It’s funny because poor Zach has been wrong with his guesses on this pregnancy! He thought we were having twins (thank the Lord he was wrong there) and he has guessed since forever that I’d go into labor on the 28th…again wrong! He also is 60% sure it’s a boy so he’ll probably be wrong about that too haha.

Now that I’ve officially tried it all I know the only things to guarantee some contractions are walking and nipple stimulation. The rest is a toss up. I’d say walking is my favorite, acupressure second, birthing ball third. So I’ll stick with these and keep taking the primrose oil. You can do castor oil again after a 24 hour period of not taking it…but I don’t know if I will or not! Maybe if I get desperate….