Today I have officially been pregnant for 38 weeks! I know I shouldn’t be complaining about still being pregnant as most first timers go late so I’ll try to keep this as positive as possible!

I basically feel like I spend all my time thinking of things I could be doing to speed up the labor process!

Yesterday I laid out for a couple hours (which was great…I got some good color going now!) then did nipple stimulation on myself (while watching “The Girl’s Next Door” which I found kinda funny seeing as I bet some guys would think I was doing something else haha). The stimulation did work as I felt a lot of contracting, but it stopped when I stopped. After church Zach and I (with the dogs) walked around the neighborhood for around 40 min. It really made me feel winded and I also felt a lot of contracting.

We did more acupressure and I took 2 more primrose oil things. I went to sleep early thinking that everything was headed in the right direction! However, I woke up many times to go to the bathroom and felt FINE. No contractions. Blah!

This morning I got ready and met Mrs. Charlotte at the mall for some more walking. I really should have had her video tape me. First of all I walk sooo funny. Secondly I walk sooo slow. And thirdly…I, EMILY, went WALKING, around the mall! That in itself is hilarious. But duh, I still did my hair, makeup, and wore a matching outfit. But still the fact that I did any kind of exercise in public is a pretty big deal. I must be desperate! We did run into this nice lady who went on and on about how beautiful I looked so that made me feel okay about it! We walked for about an hour, pretty high intensity as Zach got his ADHD from his Mama so that lady can move it! I did feel contracting during the walking which was good! 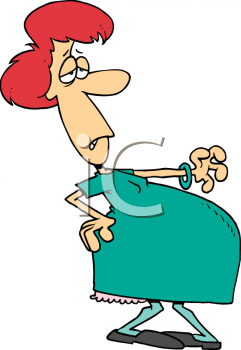 It was nearly impossible for me to move afterward! I ran a couple errands and was walking seriously slower than a turtle. I felt embarrassed but oh well. Came home and got a bad migraine so instead of laying out I just watched tv and napped.

Ate dinner but wasn’t super hungry. About 30 min after eating I got the chills, tightening in my upper stomach, and the urge to vomit. I NEVER throw up. EVER. I seriously have probably puked 10 times since I can remember being alive. I ran to the bathroom and nothing came up, so I made myself burp a lot (this is what I do when I really want to puke…it helps). I was pretty worried so I called Mom and she googled some stuff for me.

It varied from having to puke to having to poop. I gave up trying to throw up and focuses on the burping. She said it sounded like indigestion (which I’ve never had) but found a couple sites that said indigestion and nausea are signs that labor will occur within 48 hours. I will comment on this in a moment!

I finally started to feel better and we decided to skip walking and acupressure tonight (after 3 nights in a row of the acupressure I’m VERY tender on those points so a break will be nice for my body) but I’m upping the amount of primrose oil to 4 capsules as that’s what it says online (once you are 38 weeks you can up the amount). I still have a headache but am about to go to bed and hope it knocks it out.

Now to comment about the internet. It’s SO annoying!!! So so so annoying! Everything you look up says a million different things. Some people say caster oil is awesome, others say it’s awful. Some say if you’re 90% effaced you’ll go into labor within days, some say weeks. Almost EVERYTHING you ask the answer will be “it could be a sign of labor or it could not be. You could have the baby in 24 hours or it could be several weeks.”

The good news is that I’m due in a couple weeks so since everything pretty much says “a couple weeks” and not a MONTH at least I know I probably won’t go past my due date haha. Like I said I’m trying to stay positive! Off to bed but wanted to update…I appreciate everyone keeping me in their thoughts! I had some people text to check up on me and it was so nice! I PROMISE once labor FINALLY occurs I WILL post or at least update facebook to let everyone know what’s up 🙂 Keep those positive thoughts headed my way!!!