The great thing about building a home in the same neighborhood we were living in is that Kye got to be part of the entire process. I was hopeful that all the time he spent at the “new house” would help him transition into making it his home. I’ll always think of the back left corner of the porch as “Kye’s spot” as every day he’d go take his little snack, water, and a toy over to that spot then just sit and watch the workers while I talked to whoever I needed to meet with that day. 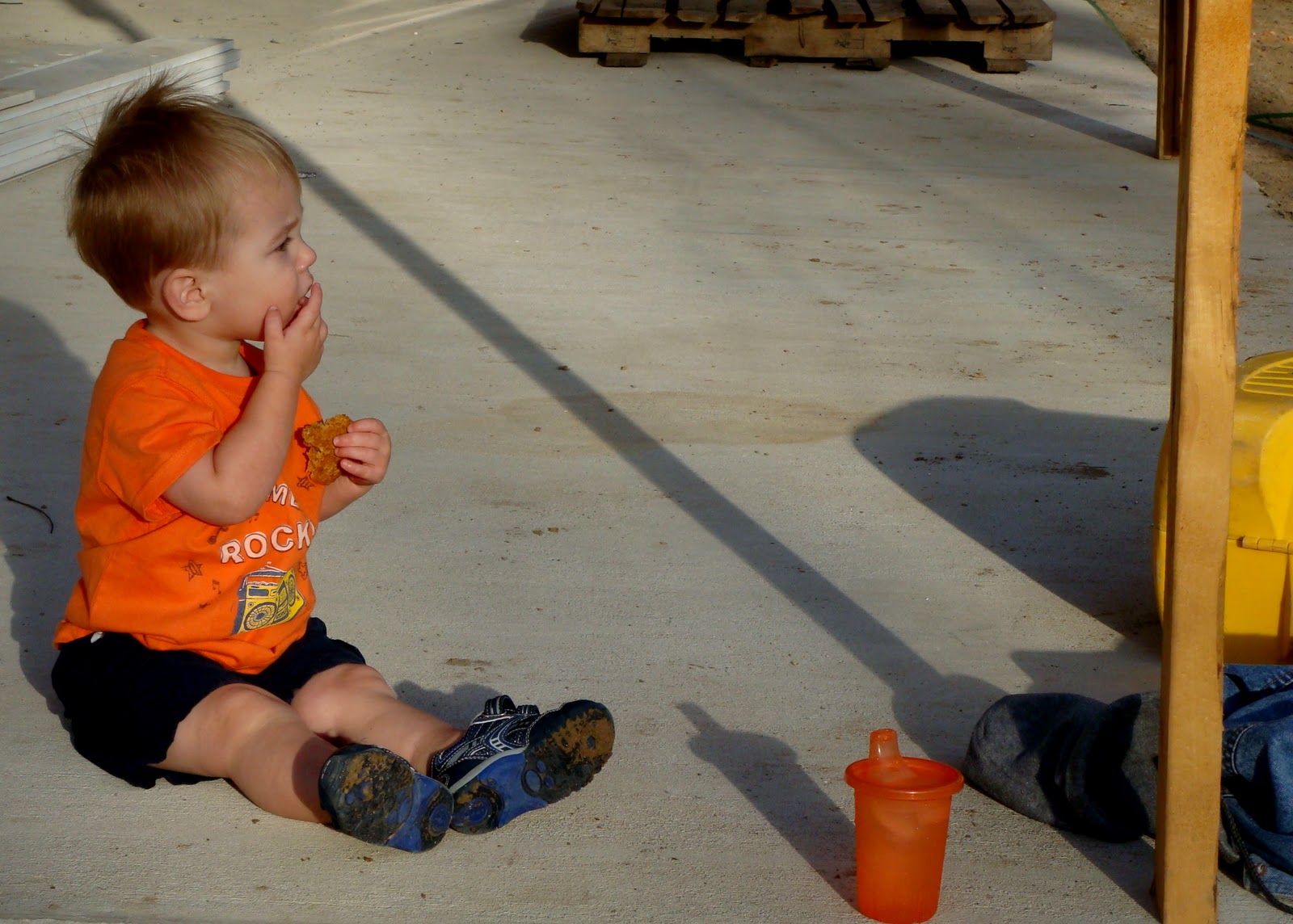 what’s so funny to me with these two pictures is that they were taken only a week apart – South Ga weather! 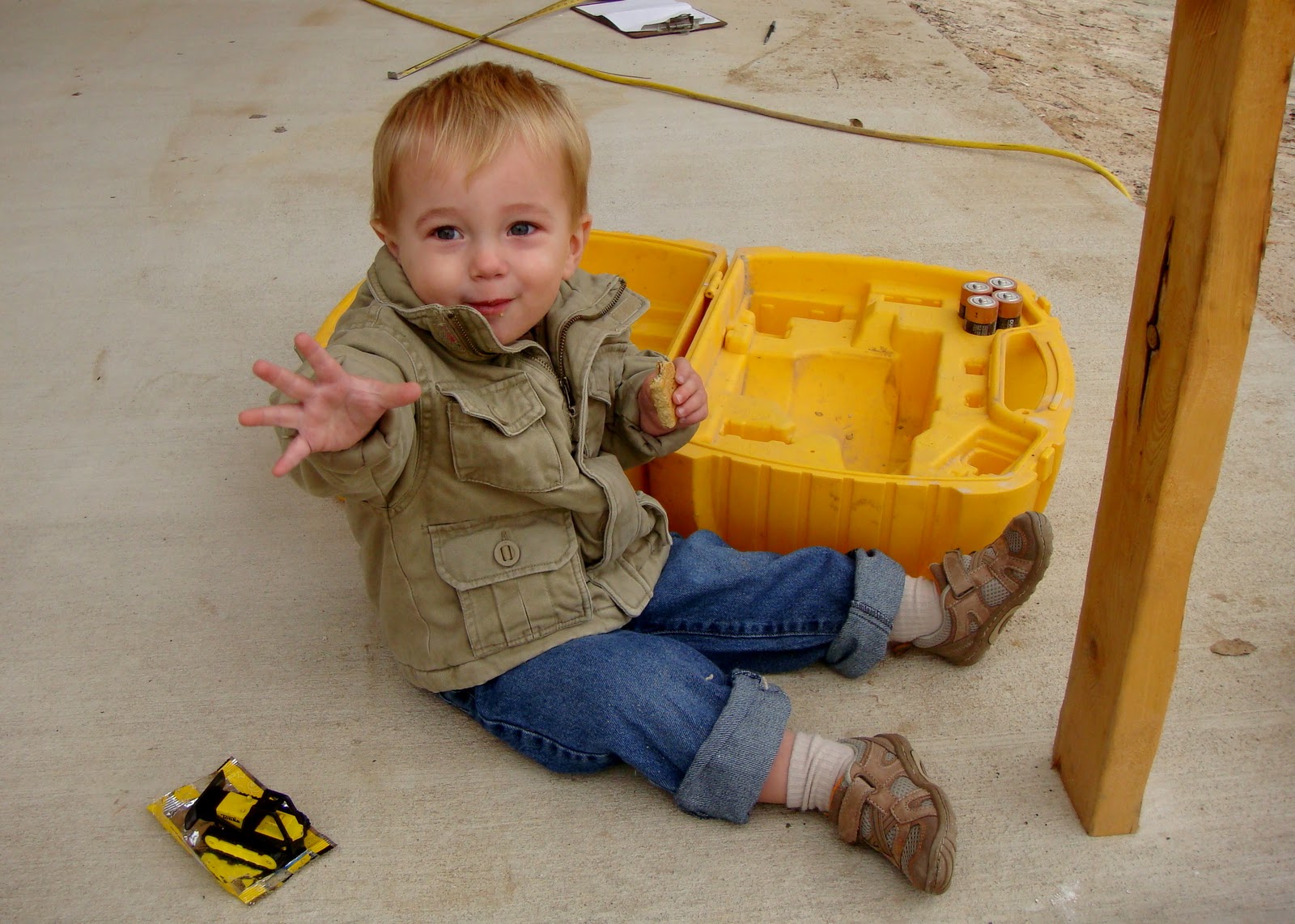 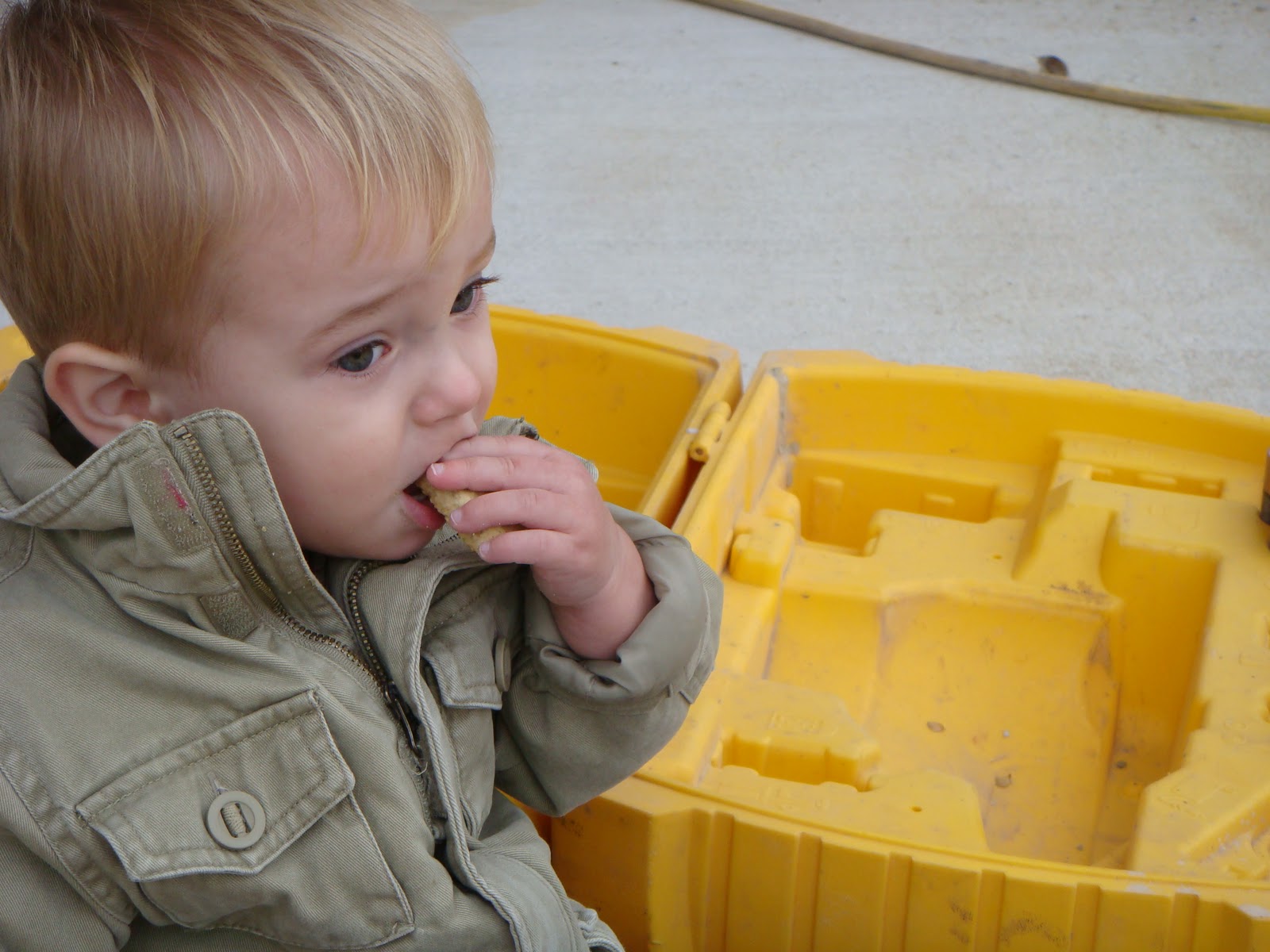 As the house got closer and closer to becoming a home I was able to let Kye do more exploring. Most of my meetings started to take place inside and it allowed Kye to have some fun 🙂 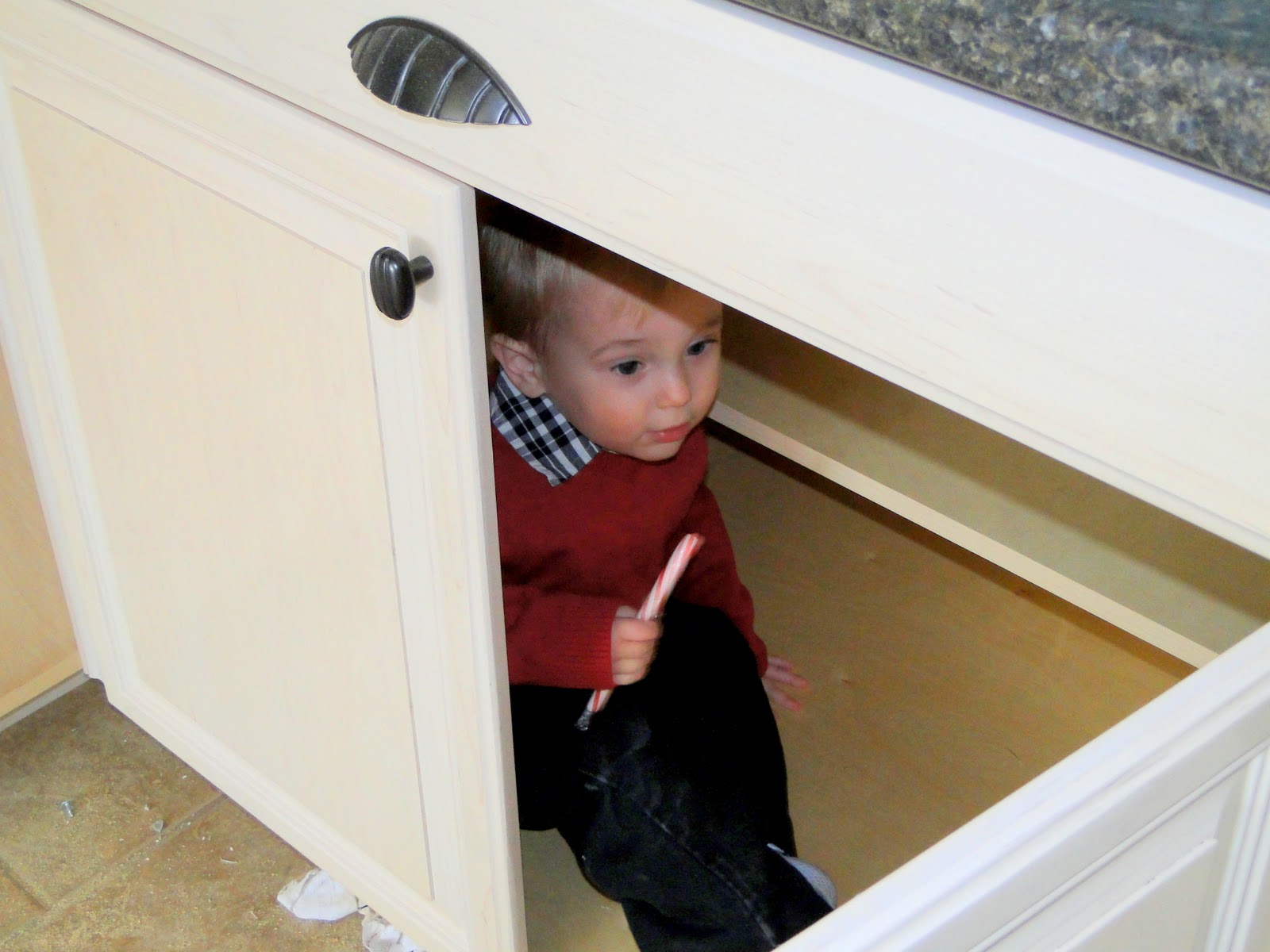 enjoying the view from his playroom 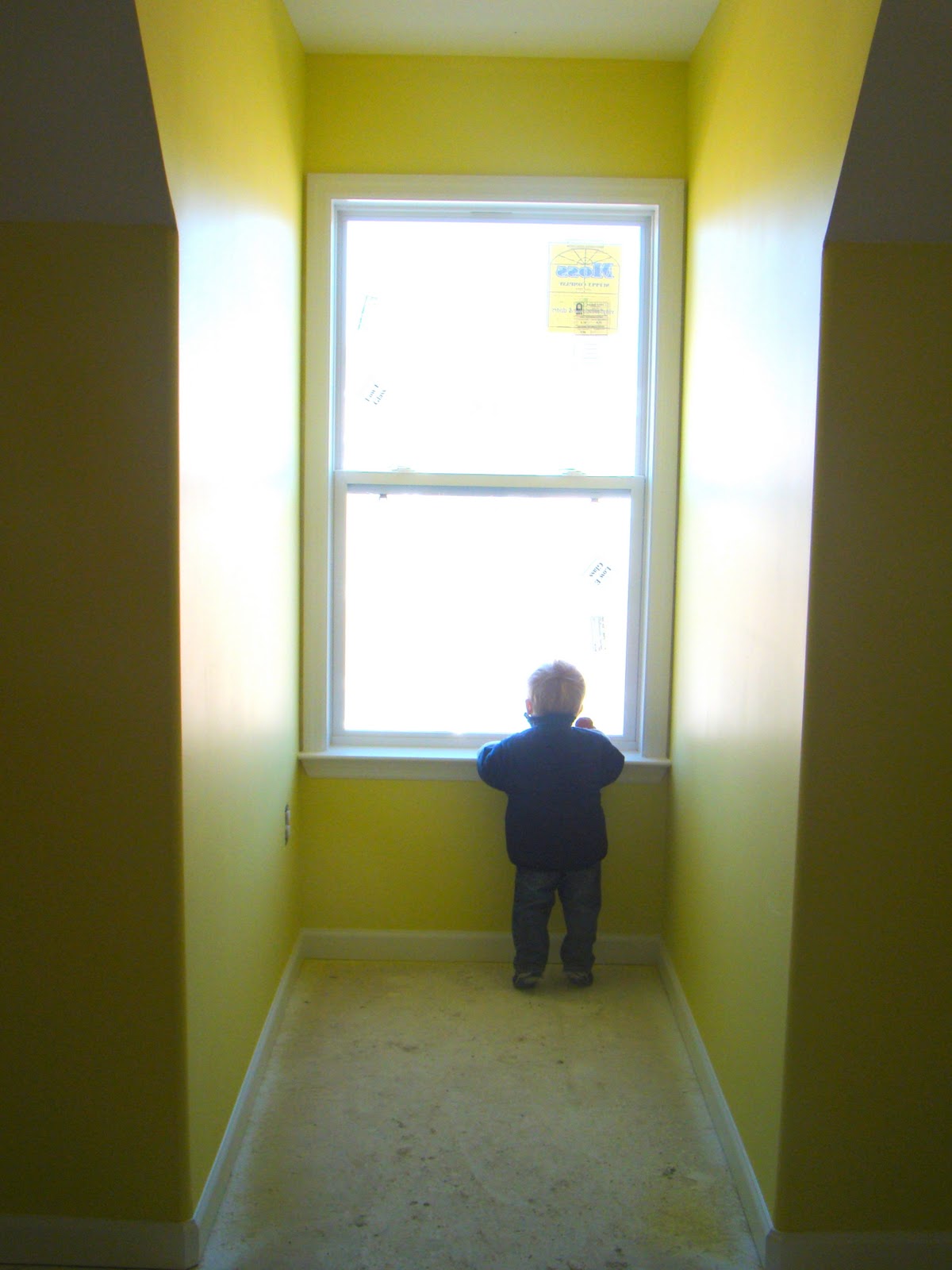 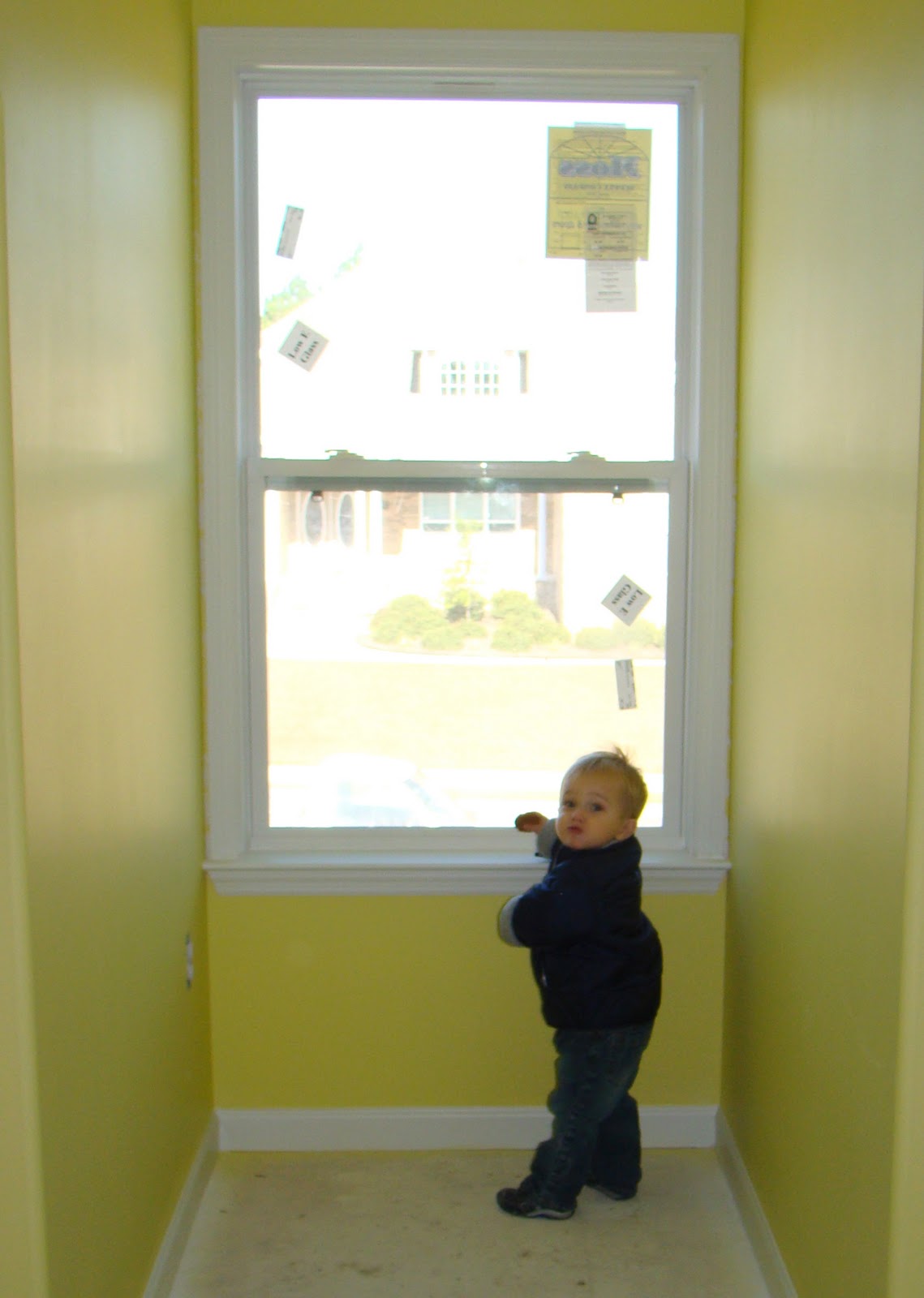 Moving in was a tougher adjustment for him than I thought it would be. We had him stay with my mom for a couple days when we moved in and got his room all set up then brought him over before his bedtime. We let him play and explore then go to bed for the night in his new room. He did fine during night sleep but it did affect his naps. For the first couple of weeks he’d wake up at 2:00 SCREAMING his head off!!! It scared me and made me worried but I researched it on the babywise blog and come to find out several moms experienced the same thing with toddlers this age going through a major life change (many of them had new siblings but a move is just as traumatic). I just waited it out and he eventually got passed it.

For awhile after moving in he’d also ask to go “home” and we’d have to explain to him that this is our home now. I think it was also tough being in the same neighborhood because we’d drive the same way we used to but pull into a different driveway. Several times he’d cry and cry in the driveway and beg for “home home.” It was really sad and made me thankful that we have the dogs. We’d keep telling him that the doggies needed him at the new house and it seemed to help a lot!

My two major fears with the new house were the pool and the stairs. Kye has done wonderful with both! We have a baby gate at the bottom of the stairs so he can’t go up without us with him and he’ll crawl up them and come back down backwards every time. He goes very slowly (if anything too slowly) and is cautious about it. With the pool he’s also been great. We have chimes on the doors so we’d hear if he ever opened them but we also leave all exterior doors dead-bolted at all times. When we are in the backyard we taught Kye boundaries. He cannot go down the first step to the pool or walk on the cool decking around the pool without holding our hands. We’ve been blessed with a very obedient child and he’s done wonderfully with the rules we’ve set in place (a few spankings also helped!). I’d still never leave him unattended in the backyard, but I’m much less fearful about the pool than I was before moving in. (PS: Kelly ~ The pool is in our backyard but since our house is a corner lot our backyard backs up to that houses side yard!) 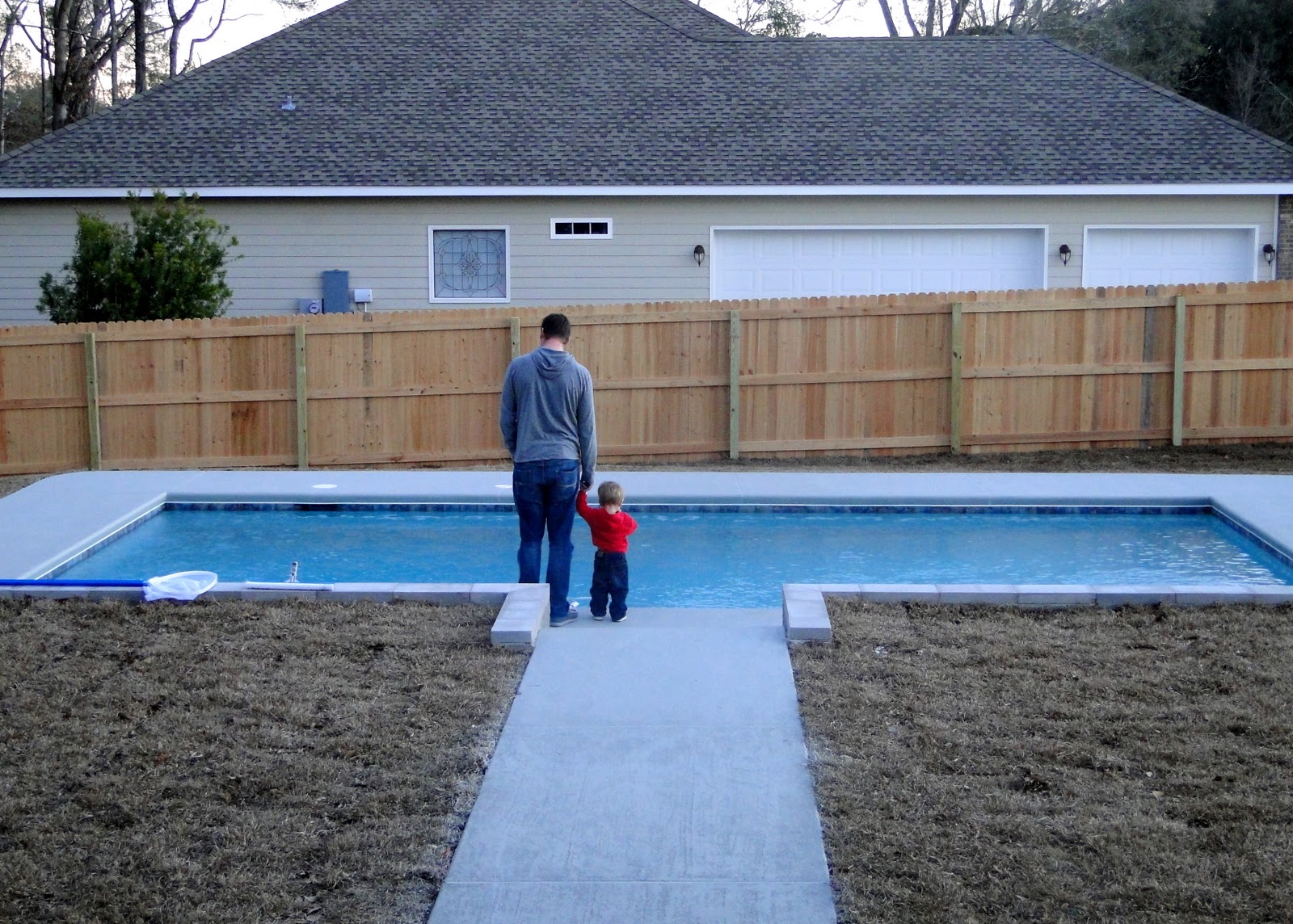 Since we haven’t actually closed on the house yet (I know! It’s been over a month now since we’ve moved in…but the workers simply will not get it all finished and we refused to close until it’s DONE!), workers have been in and out of here quite frequently. While it annoys me to death, Kye LOVES it. He is probably part of the reason the work doesn’t get finished ~ he follows them around non-stop watching every move they make. He’s now a Mr. Fix-It around here, which is adorable! 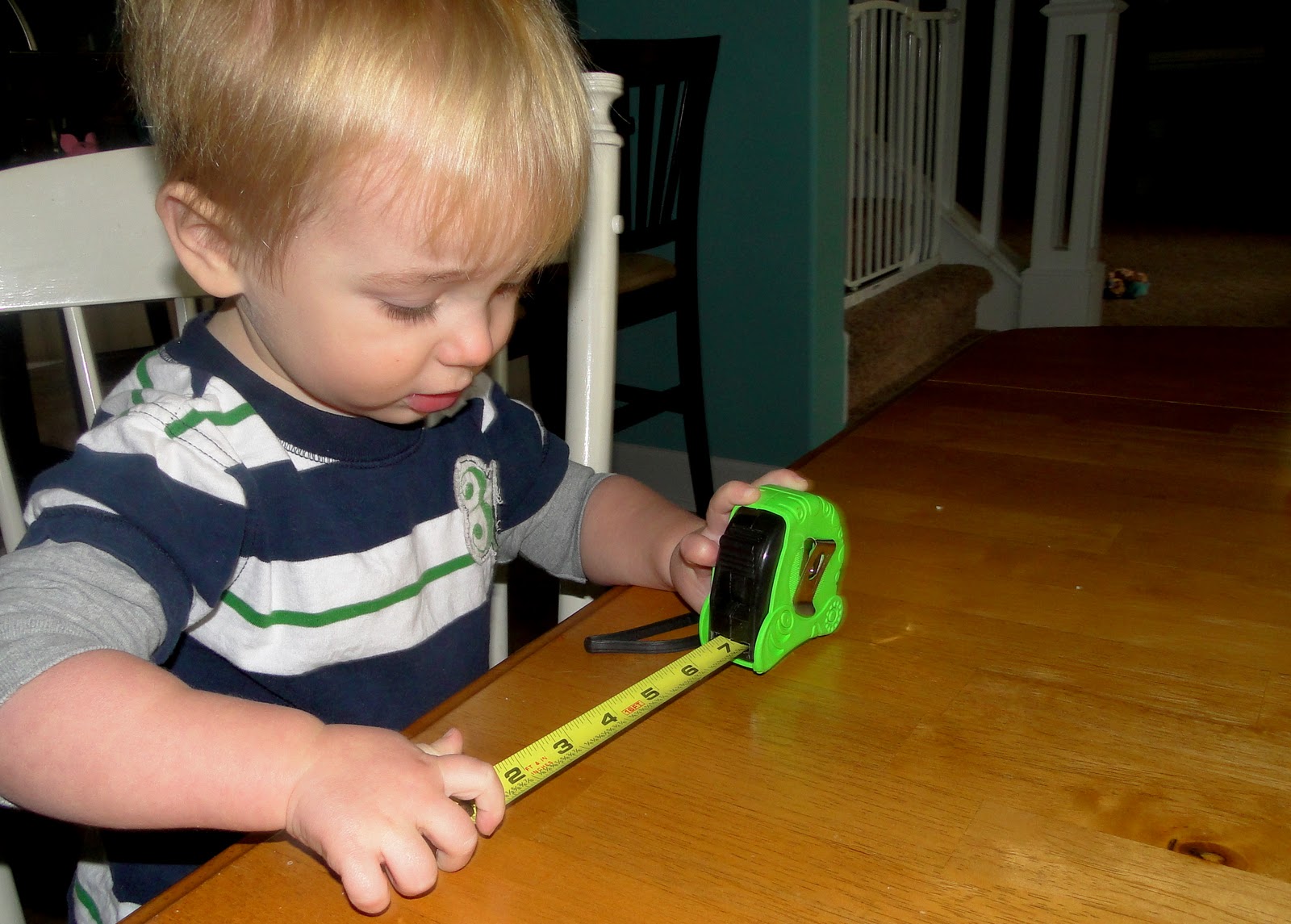 sweeping the doors is important, right? 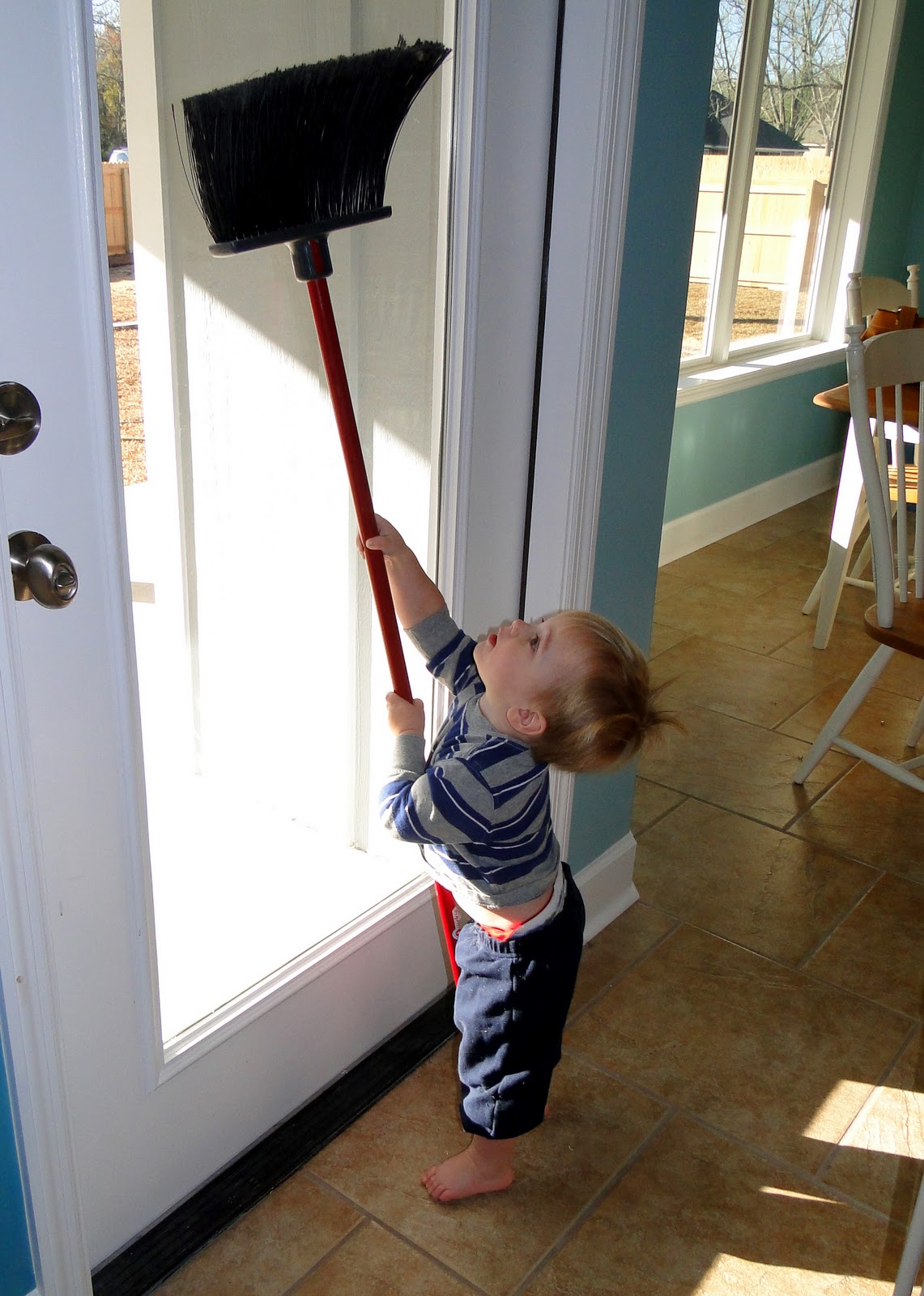 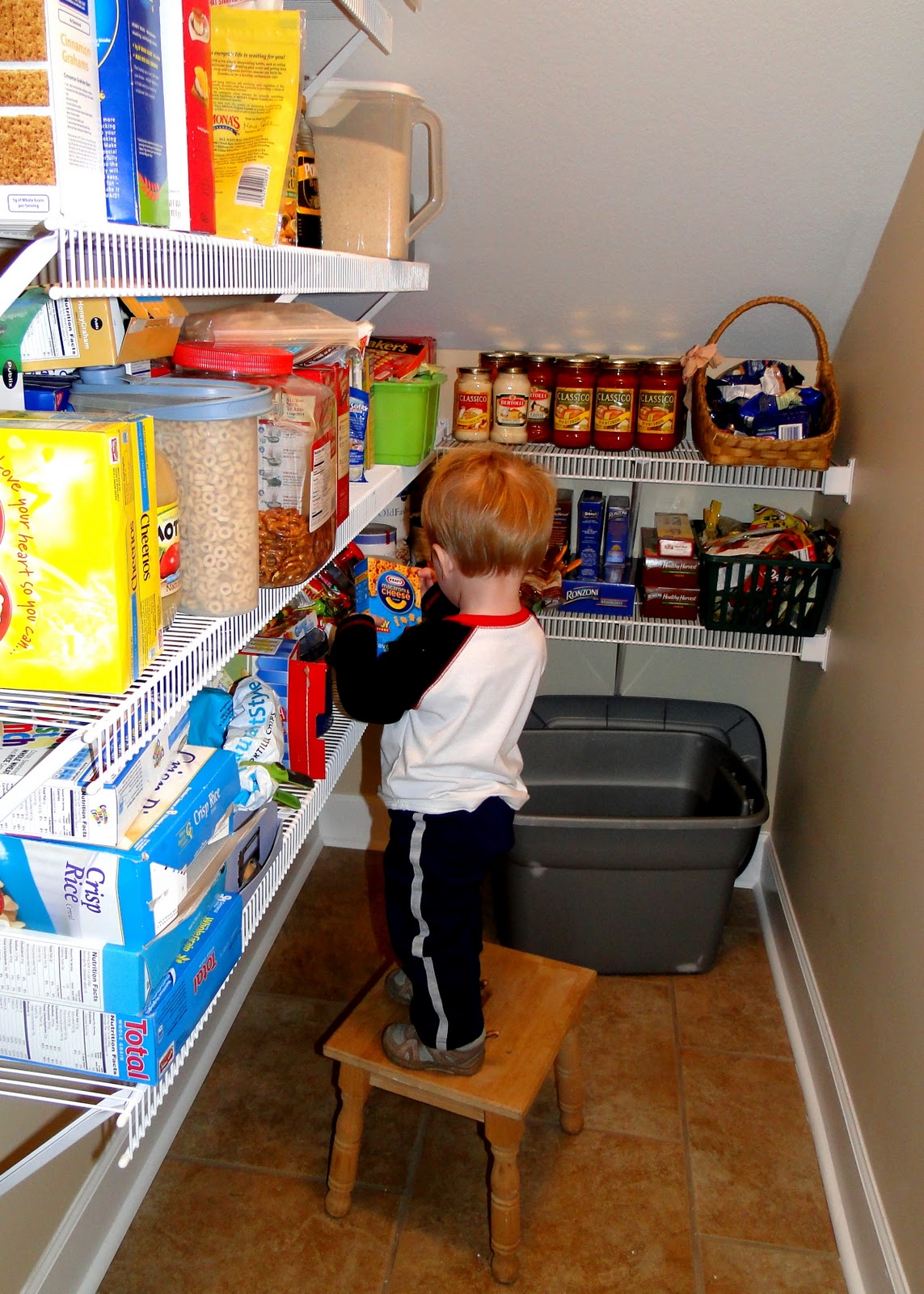 helping Mommy get ALL the carpet fibers up 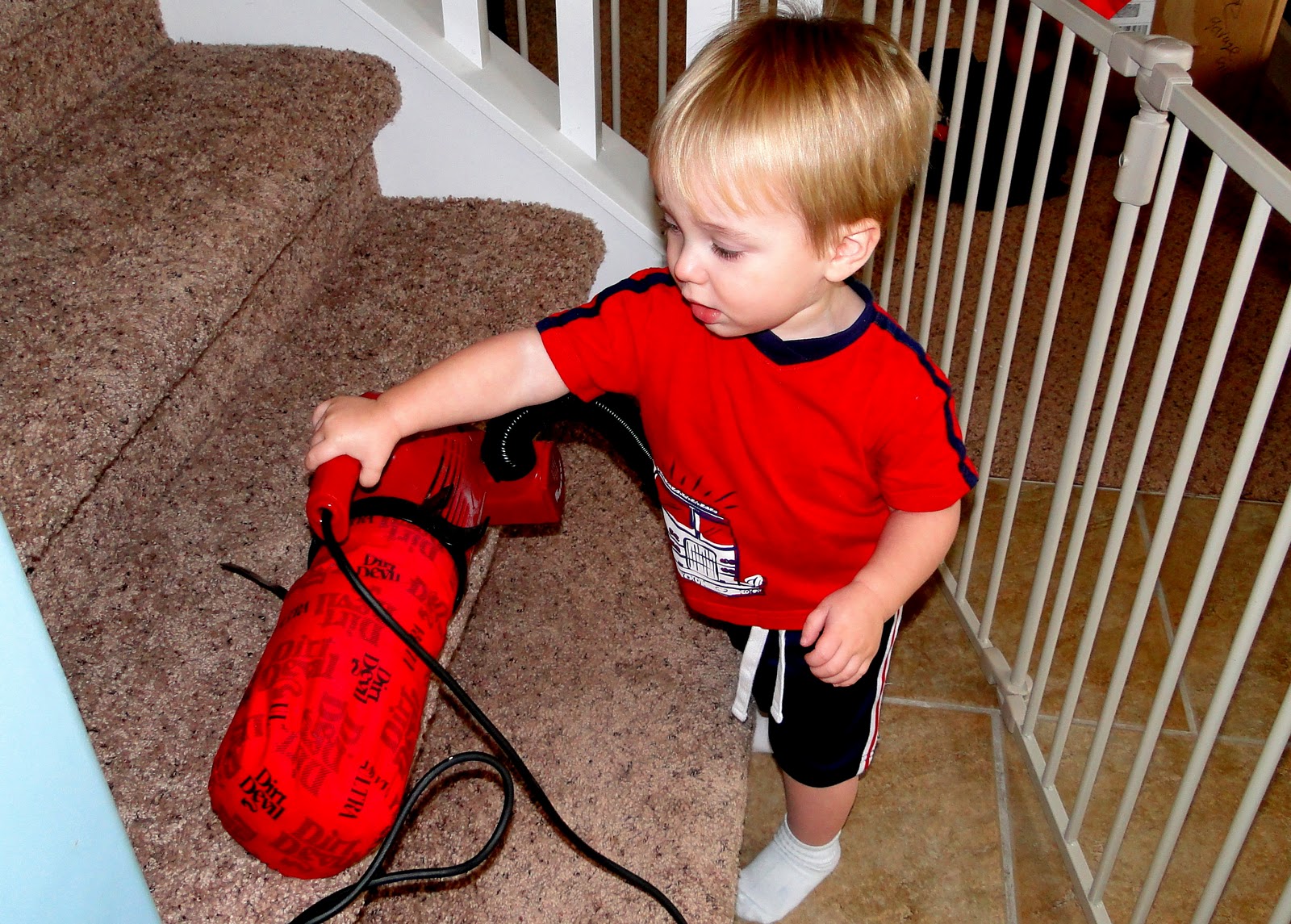 “painting” is his favorite thing to do 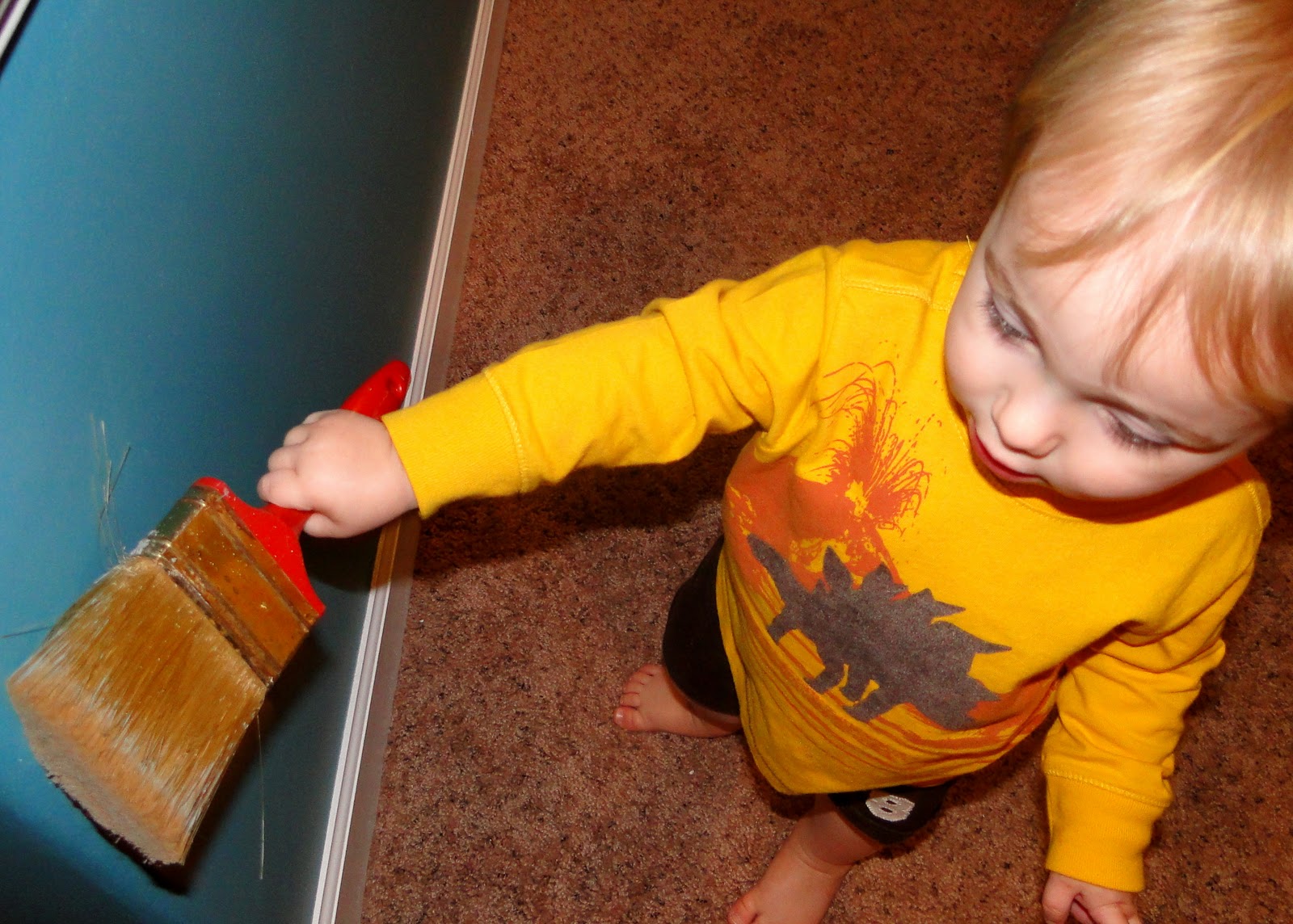 Crazy Boy Kye followed us to the new house too!!! 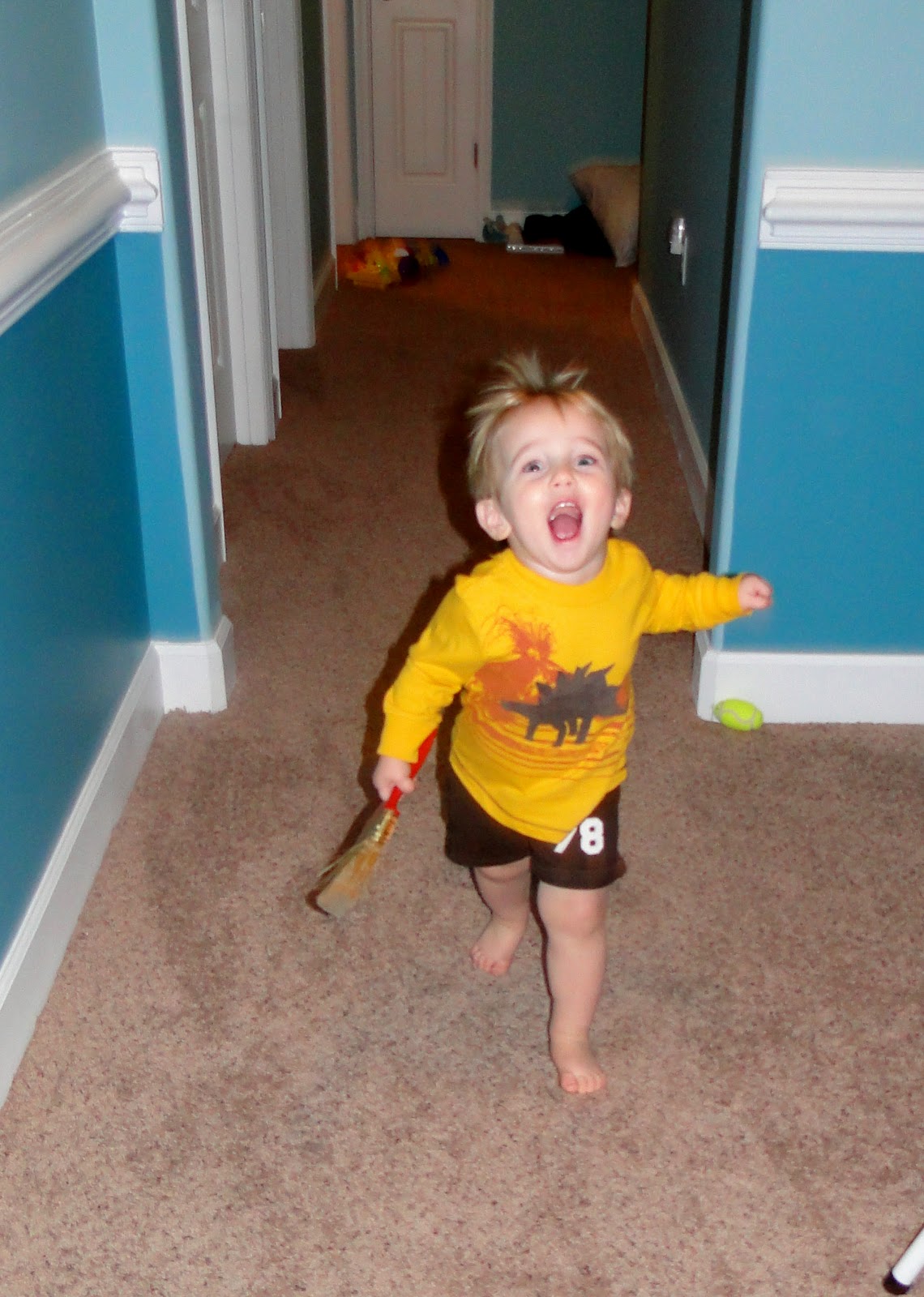 While the new house still doesn’t fully feel like home, it’s on the verge! We’re almost unpacked and semi-decorated. Once we get closed we’ll call it ours 😉