As I mentioned in an earlier post, it’s been a looong time since I’ve seen my dad. I was so happy that he wanted to come visit me and meet his first grandson!

Monday morning I rested as much as I could and Mrs. Charlotte came over to help Zach and I get the house cleaned up. We’ve done a good job keeping it clean even with a new baby to care for but I wanted it SUPER clean since Dad hasn’t seen our house and I’m proud of the homemaker I am! 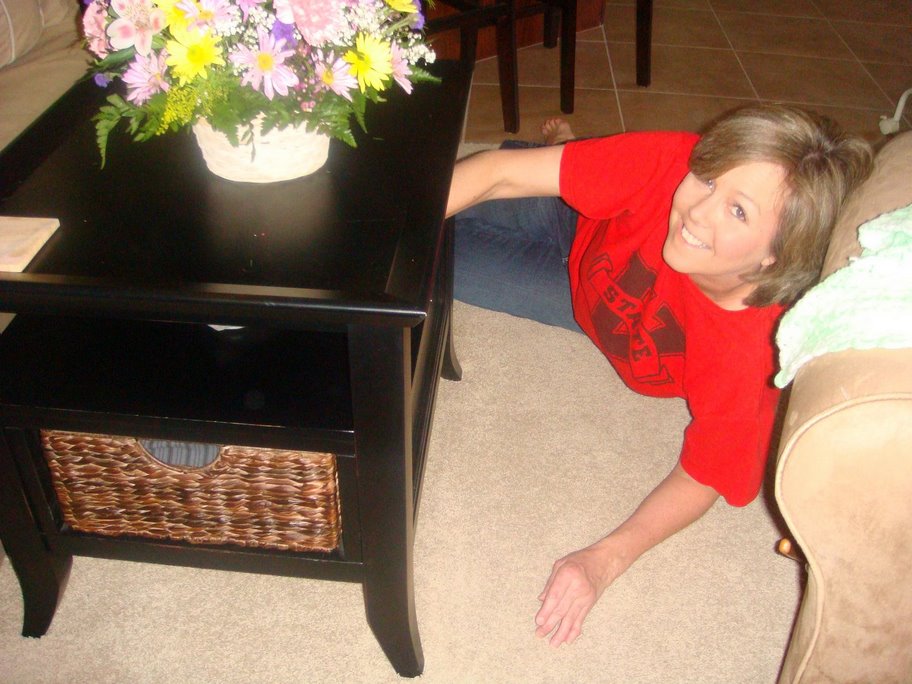 Timing went perfectly, Charlotte had just finished the last second touches on the house and I had just gotten done getting ready when Dad arrived! When I opened the door he greeted me with a HUGE blue “polar” bear for Kye! Such an appropriate gift from Dad! 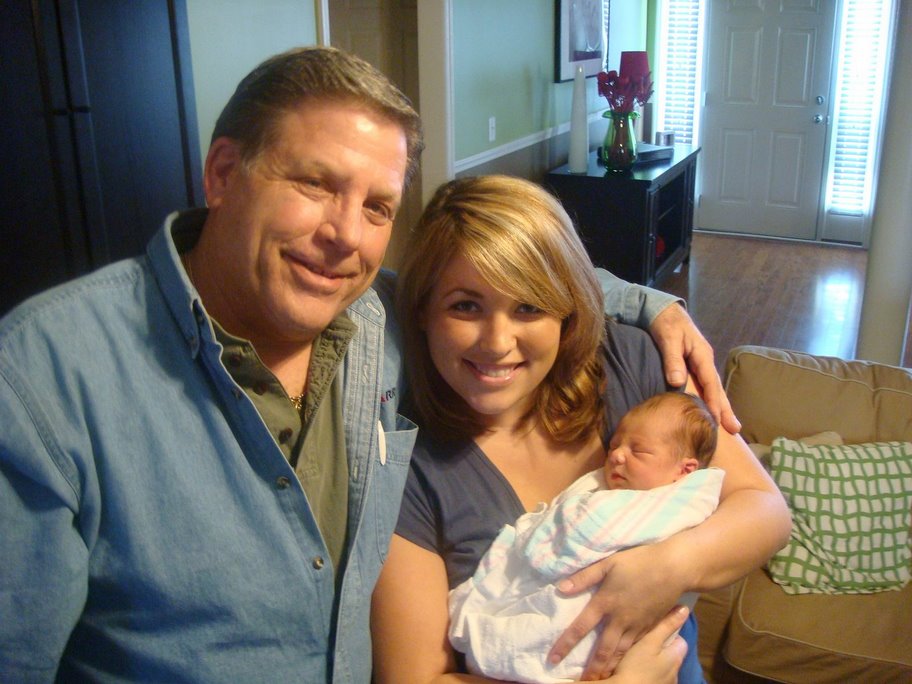 We had a really nice day together. Zach went to work for a couple hours and I laid down for a nap so Dad got some alone time with Kye. We spent a good bit of time looking through some old pictures I found at his house which was fun! Even if you’ve seen a picture a million times it’s still neat to look back and “remember when.” 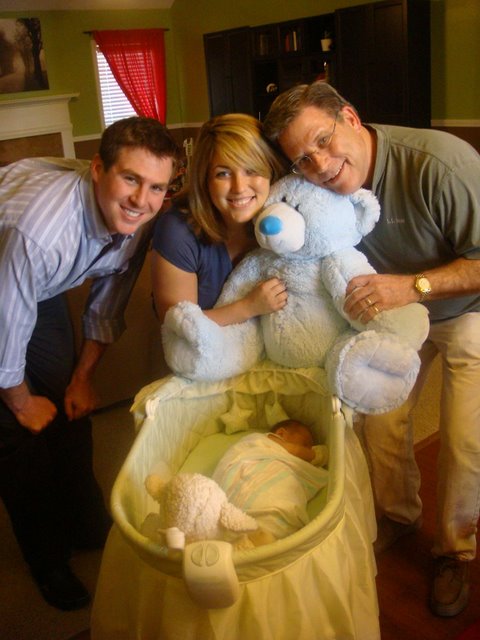 By this point Zach and I had a pretty good system so we didn’t even have to wake Dad up to have him help us through the night! He did get up a couple times but I don’t think we woke him! Pretty good for having a less-than-week-old-baby!

On Tuesday I changed my first diaper! Yup, for almost an entire week my husband did 90% of the diaper changing (with Mom probably doing the other 10? I don’t even know as I seriously didn’t pay attention to any of it!). I’m pretty lucky huh? So Dad and I decided we could handle it and went in the nursery to take care of duty. While changing him Dad snapped a few pictures to remember the event and all of the sudden Kye peed! He sprayed that junk all the way to his open bedroom door and Dad got lucky he didn’t get hit!

We cleaned up that mess then while I was wiping him down he farted and BOOM squirted poop! Thankfully I had a quick response time and caught that junk in a diaper or it would have been worse than the Levi-chocolate-poop to clean up!!! 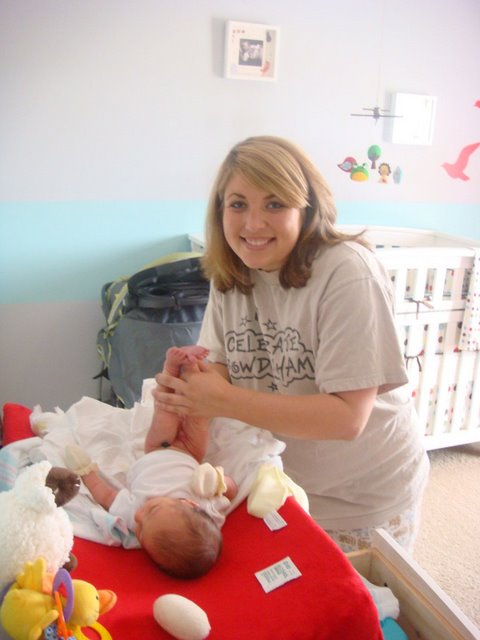 Kye also had his first “tummy time.” We used the mat Mom got us and put it in front of the window! He LOVED it. I was snapping pictures when all of the sudden he rolled over!!! I swear it was a fluke, as it hasn’t happened again, but he really did roll over! Pretty awesome for a 6 day old baby (he’s sooo “gifted” haha I HATE when people say that stuff!) 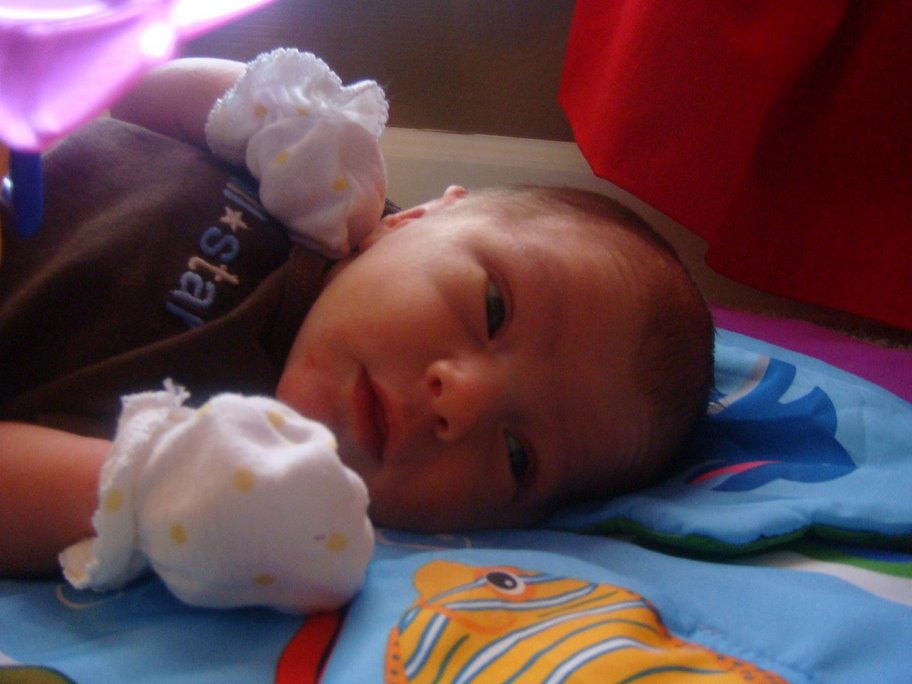 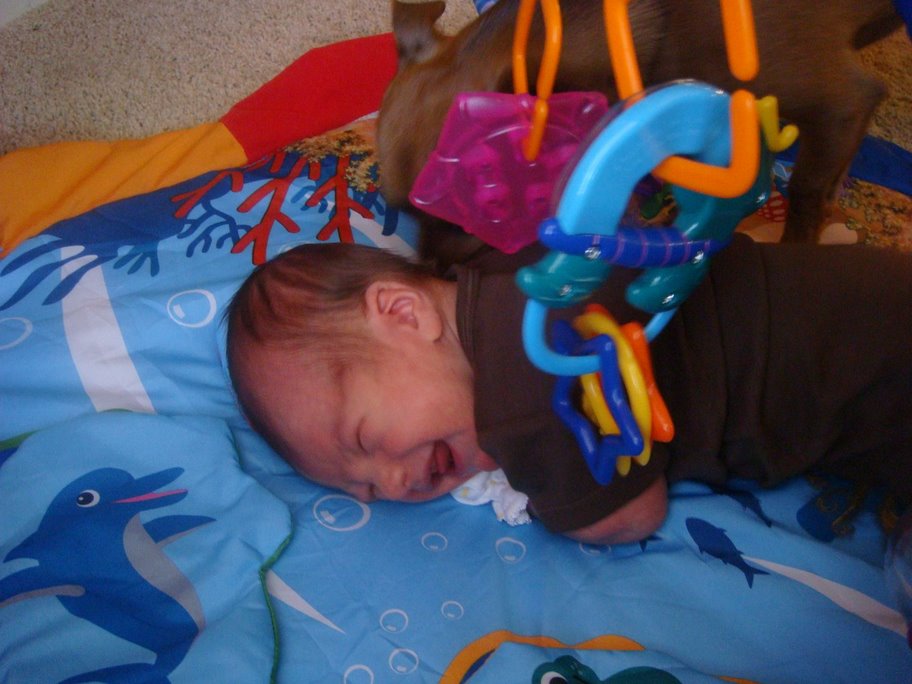 Once Zach got home from working he let Dad and I get some alone time together! We went and ate at Burger King because 1) it’s Dad’s FAVORITE restaurant and 2) it’s like 5 minutes away just in case Kye needed me. It felt so good to get out of the house and we didn’t even talk about the baby! I was embarrassed of my looks and feel the need to tell people that I just had a baby. Not because I want to “show off” but because I look pregnant still! Yuck! 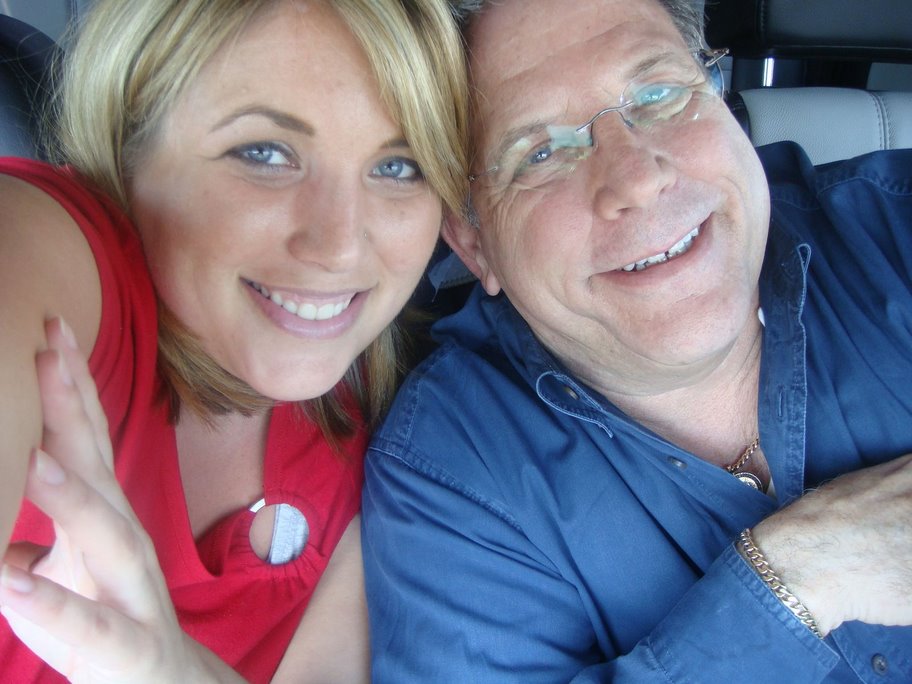 Dad left soon after we got back. It was a super short trip but so so great. It meant the WORLD to me that he made the trek from Omaha originally but up from Melbourne that day to meet my baby and to spend time with me. Zach told him that we totally plan to visit him wherever he ends up living this summer! I hope it’s Maine but if not we’ll go wherever to get some more quality Dad time!!! 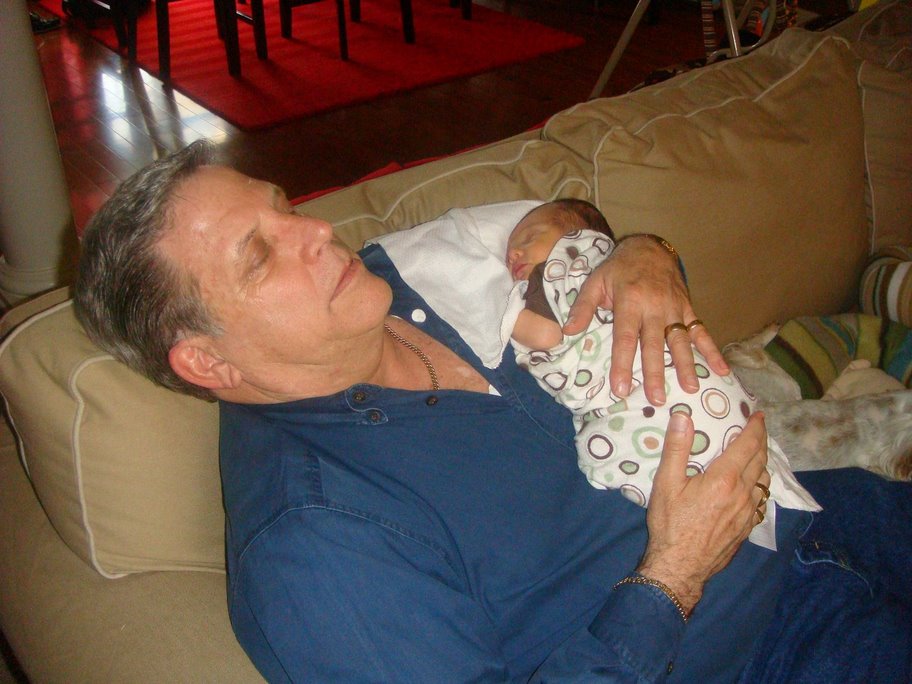