Our days surrounding Christmas are INSANE!!! It’s go go go. Mom arrived the afternoon of the 23rd then that evening we went to the BIG Parker dinner where ALL the cousins, and aunts, and uncles gather up…even distant ones. It was a little too loud for Kye so I didn’t actually get to see many people and since it started at 7 we left pretty quickly as Kye needed to be in bed on time!

The morning of the 24th we rushed to get out the door as soon as Kye was done eating. We headed over to Mrs. Charlotte’s and woke up all Zach’s cousins (they camped out the night before on Big Daddy’s property) to play the annual Parker Football Game. It was FREEZING but I was a good wife and watched the whole thing (and took pictures, and video taped, and kept the time…). Of course Zach’s team won! 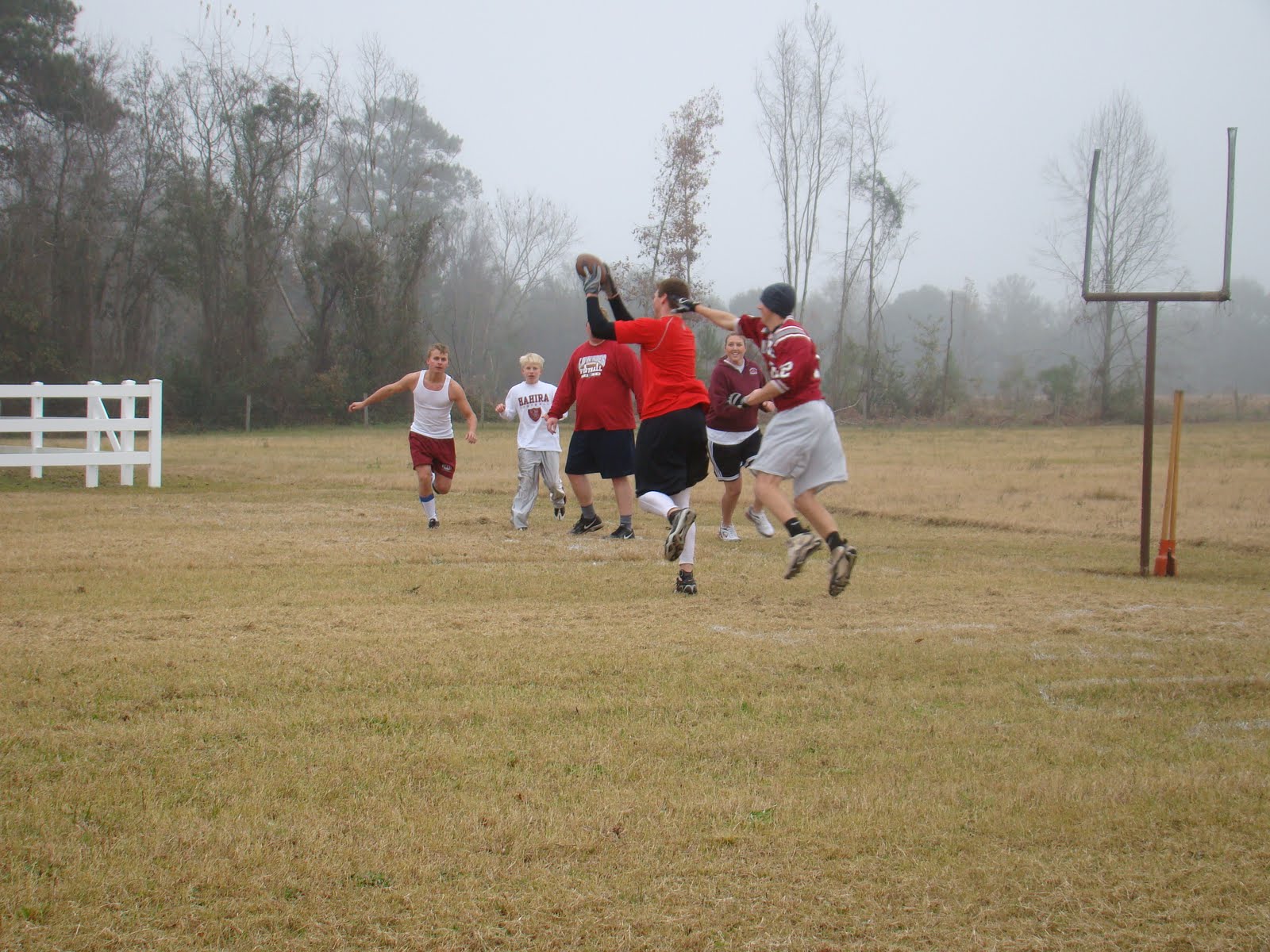 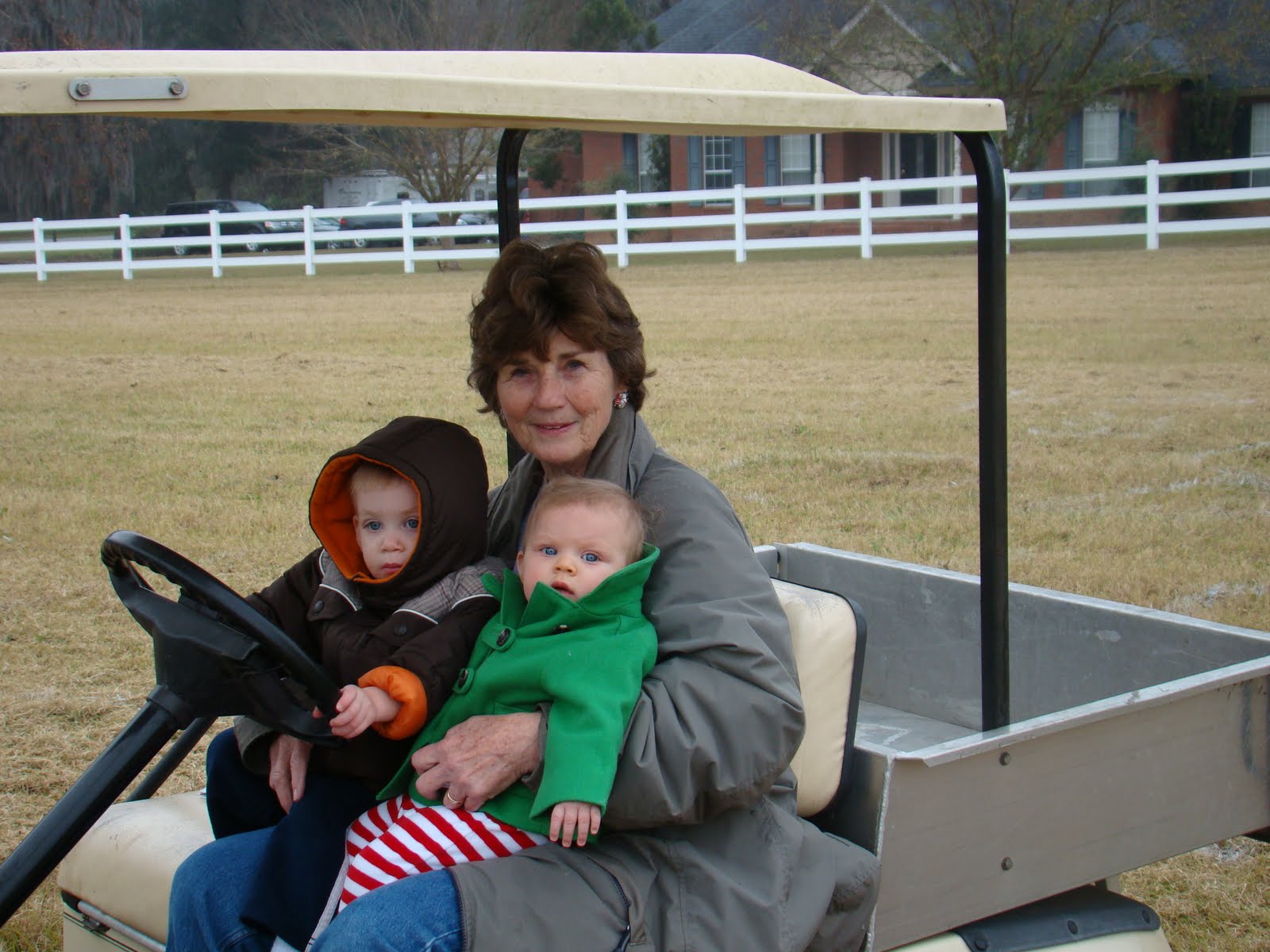 After the football game we headed inside to enjoy the day together as a family. Zach’s tradition growing up was that ALL the grandchildren spent the night (with their parents of course) at Little Mama and Big Daddy’s house on the 24th and did Christmas all together on the 25th. Well now that Colt, Payton, and Kye are in the picture we split up and now we all stay at Mrs. Charlotte’s house on the 24th! I know it’s kinda strange but I’ve totally accepted it and know that I won’t have Christmas eve at my OWN house until Kye has babies. So this year we all spent the day with Mrs. Charlotte and it was a lot of fun!

While Courtney’s kids slept we got to enjoy Kye! 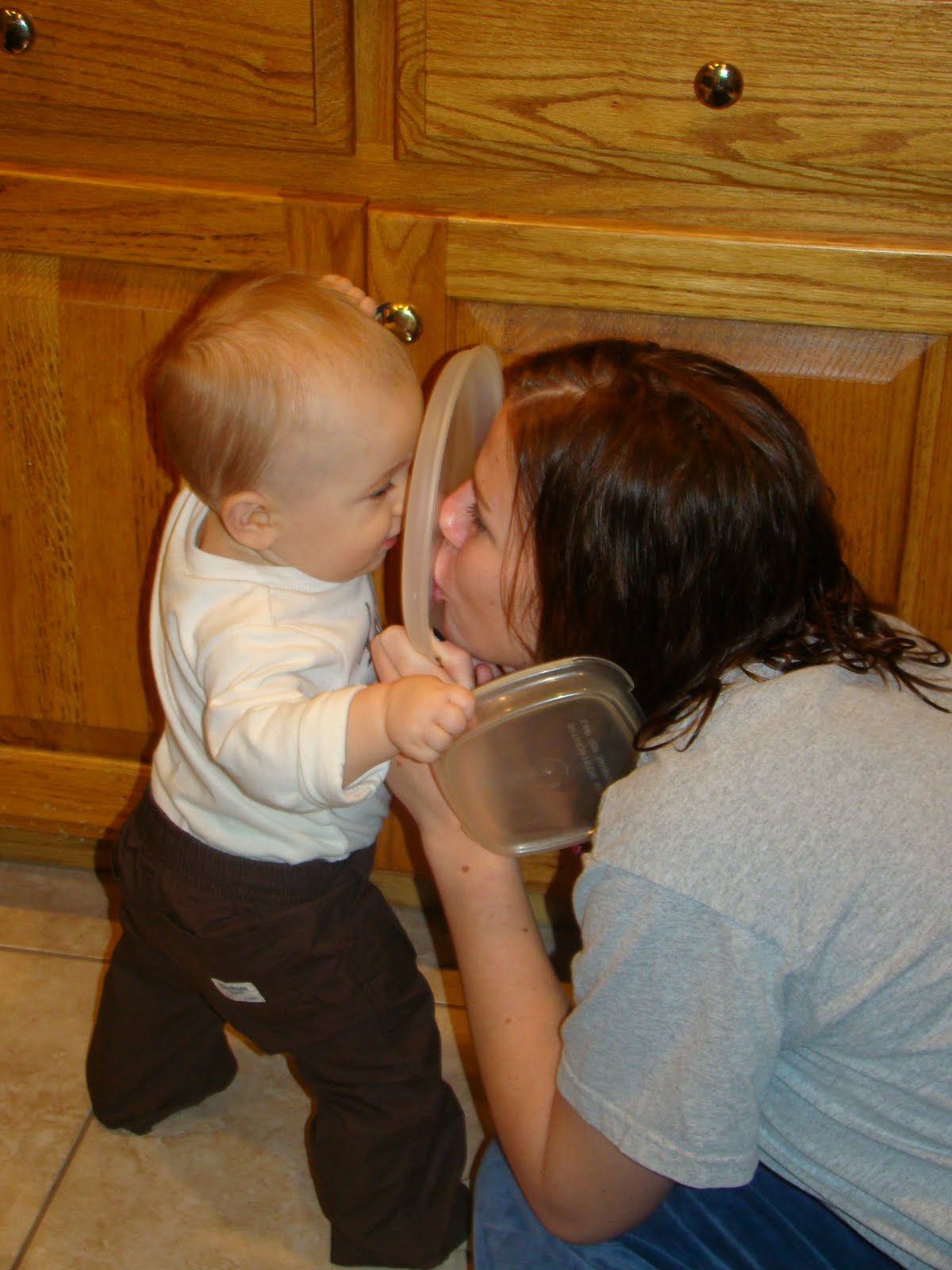 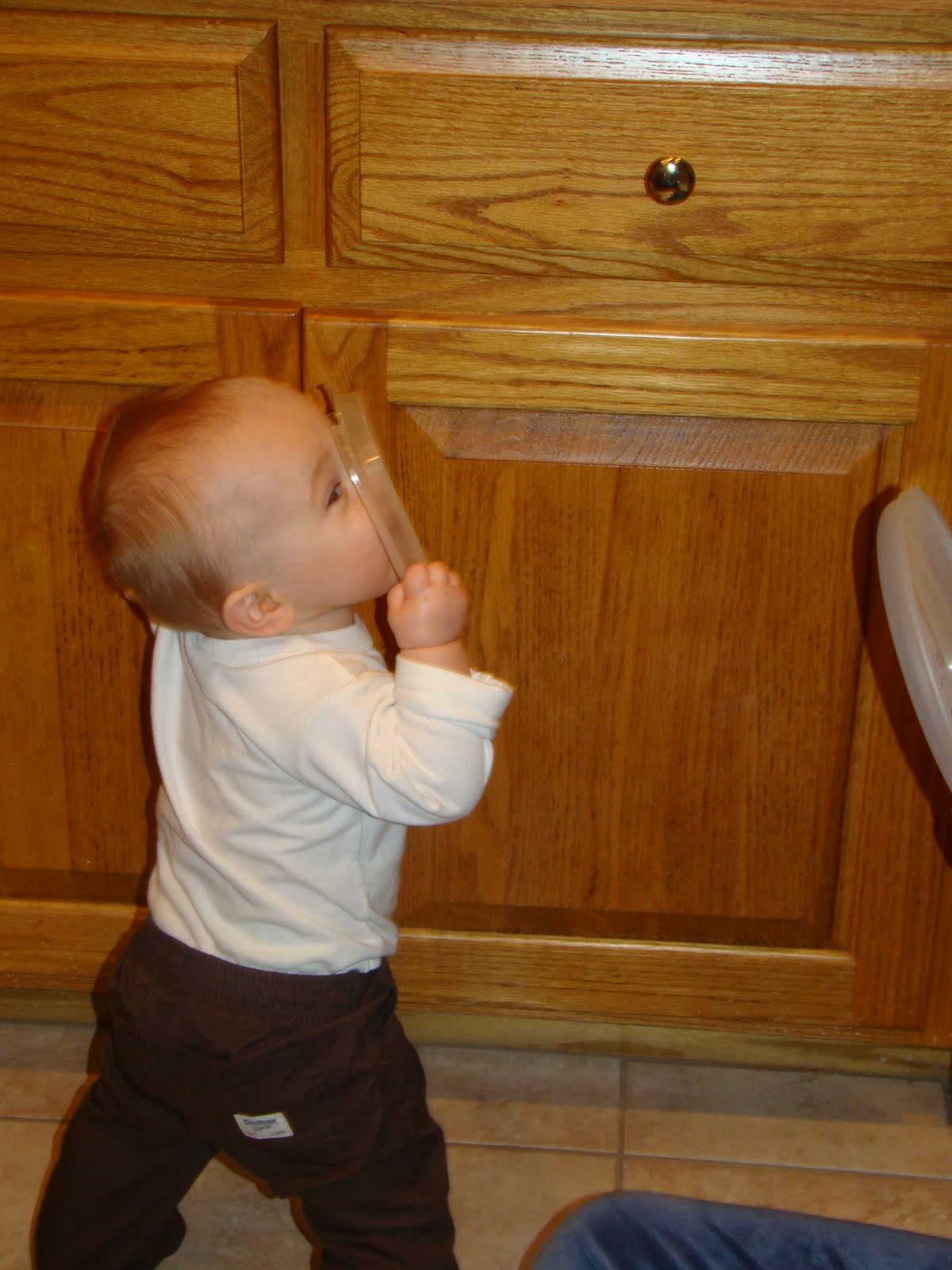 After Kye went down for his afternoon nap it was Gingerbread House time! The competition was pretty intense. We each had our own house and had to stay in the dining room then the parents were the judges of the finished products. Zach told me I should add water to my frosting to make it thinner…of course I listened to him and I ended up with a melty, gooey, MESS. It was impossible to work with! 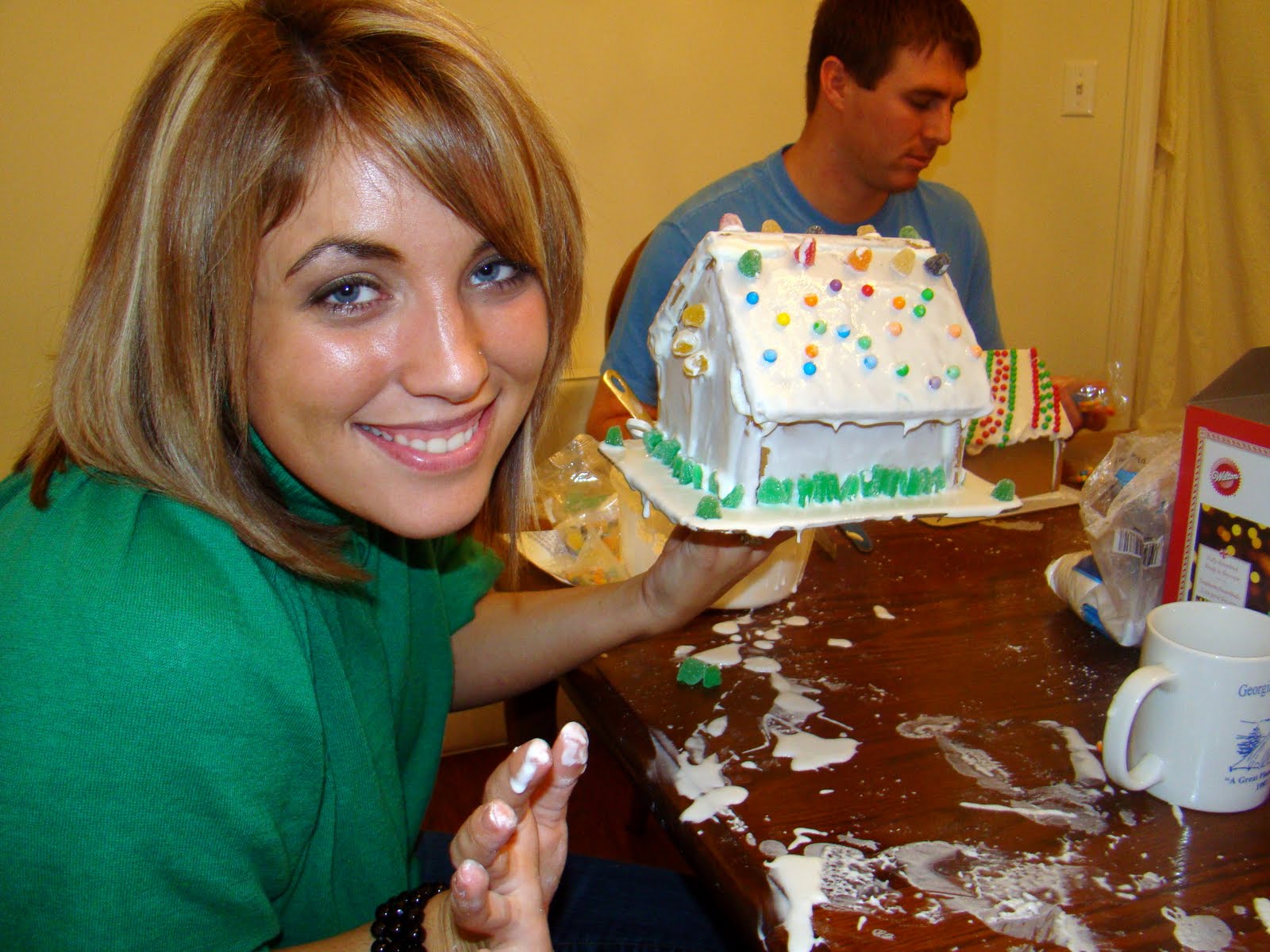 Brad was hilarious…when he got there the first thing he said was “mmm candy, can I eat it?” 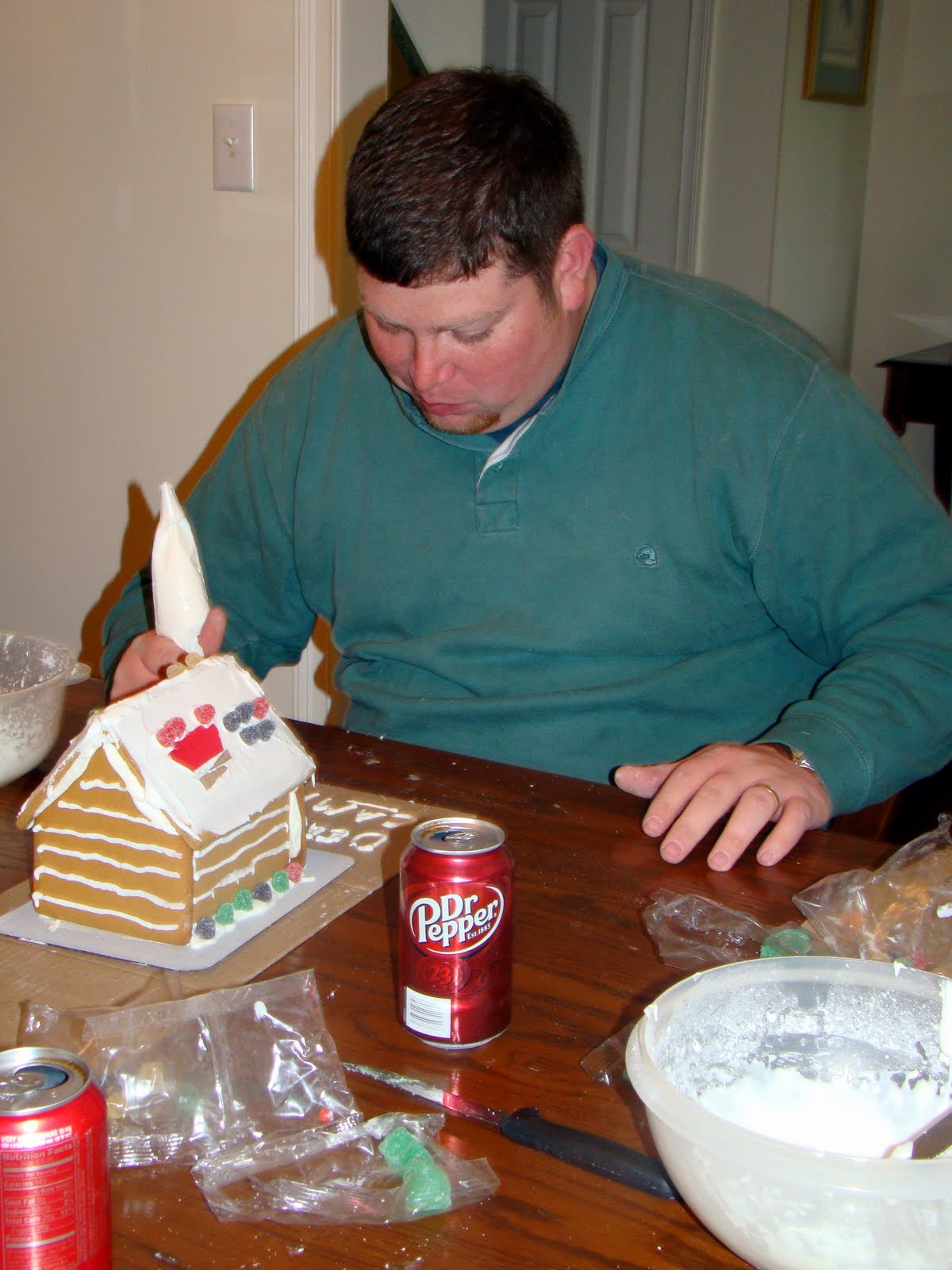 NOTHING would stick to mine and all the icing was just oozing off onto the table and floor. I finally gave up trying and just went with it. I decided it was a Love Shack and that the lovers made it so hot that the snow all melted!!! 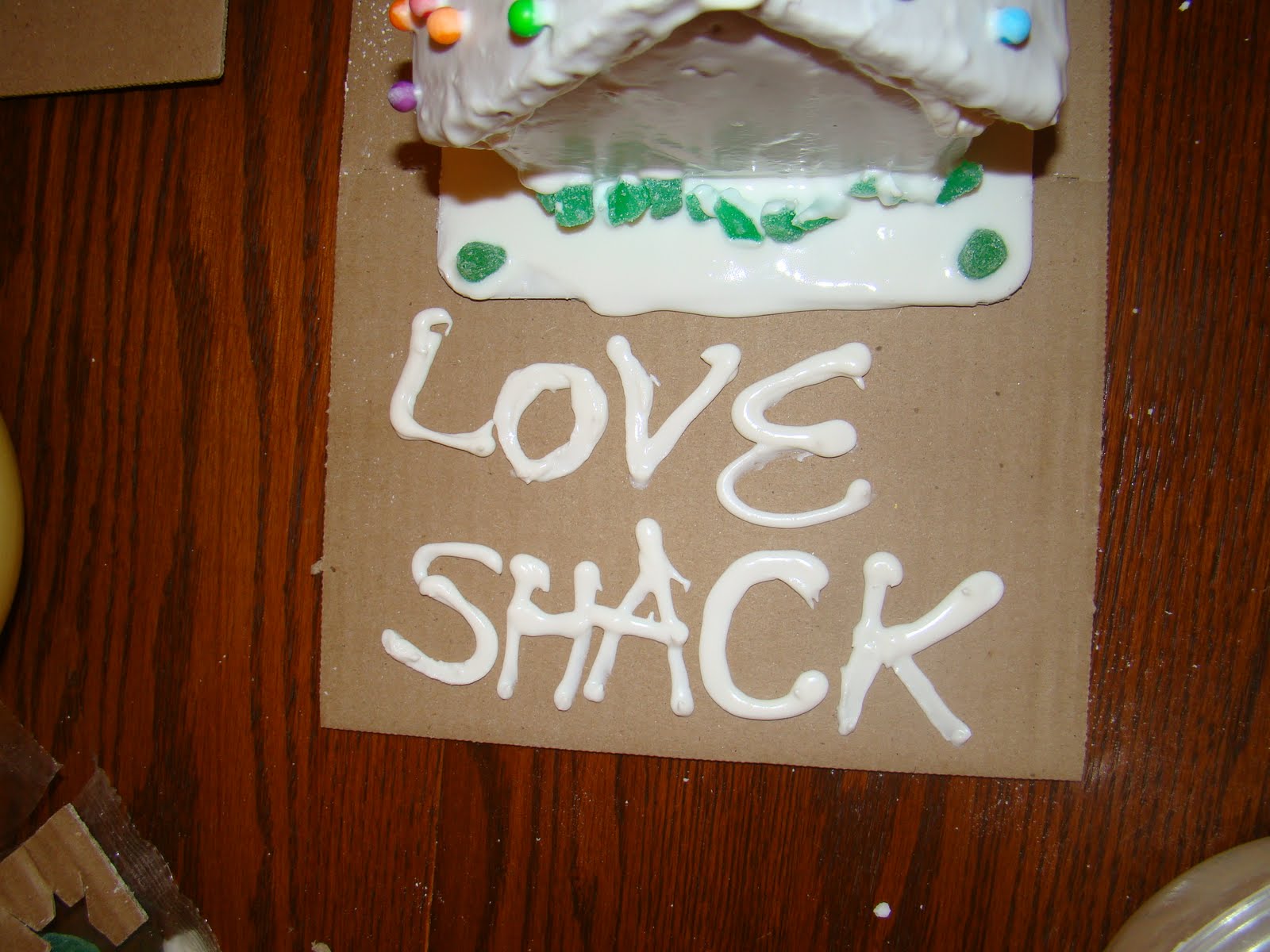 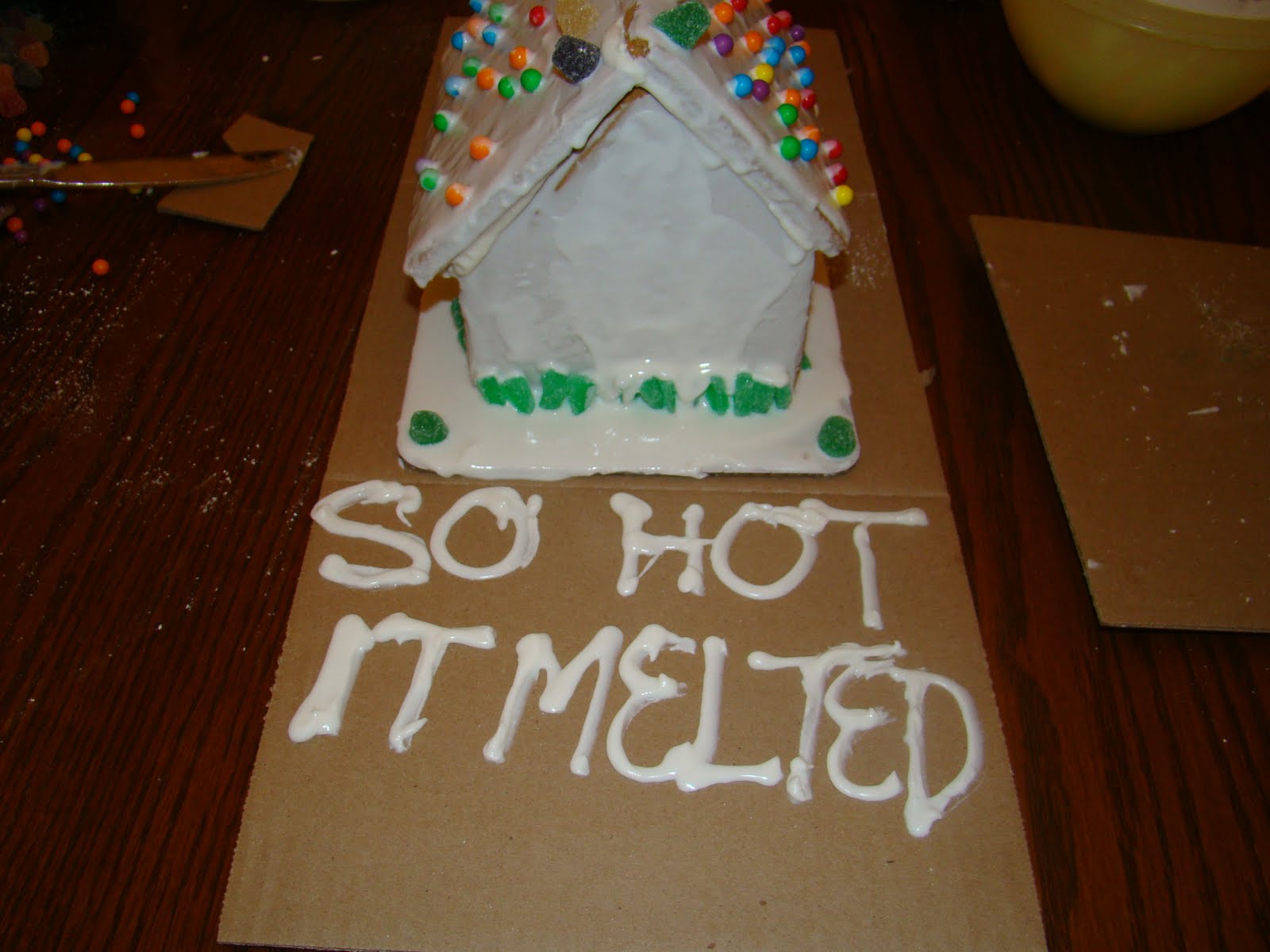 After we all finished (Zach worked for almost 2 HOURS on his…next year we’re setting a time limit for sure!) the judges came in. We assigned each house a letter so they wouldn’t know whose was whose. 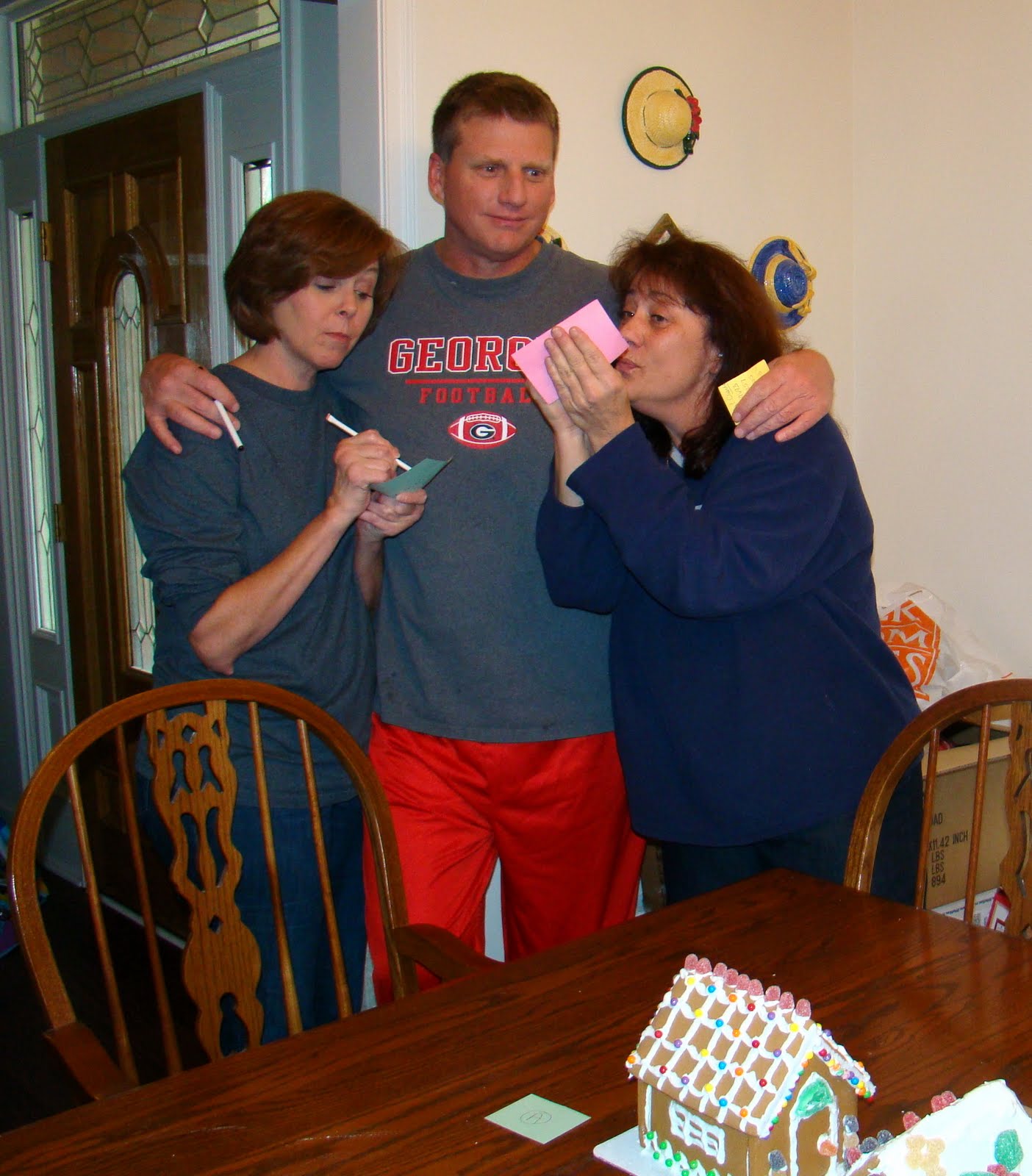 Brad and I tied for 5th and 4th places (we said it was rigged that the blood relatives got top 3 haha), Casey got 3rd, Courtney got 2nd (which wasn’t fair b/c she totally copied the design on the box) and OF COURSE Zach won. Gah so annoying!!! 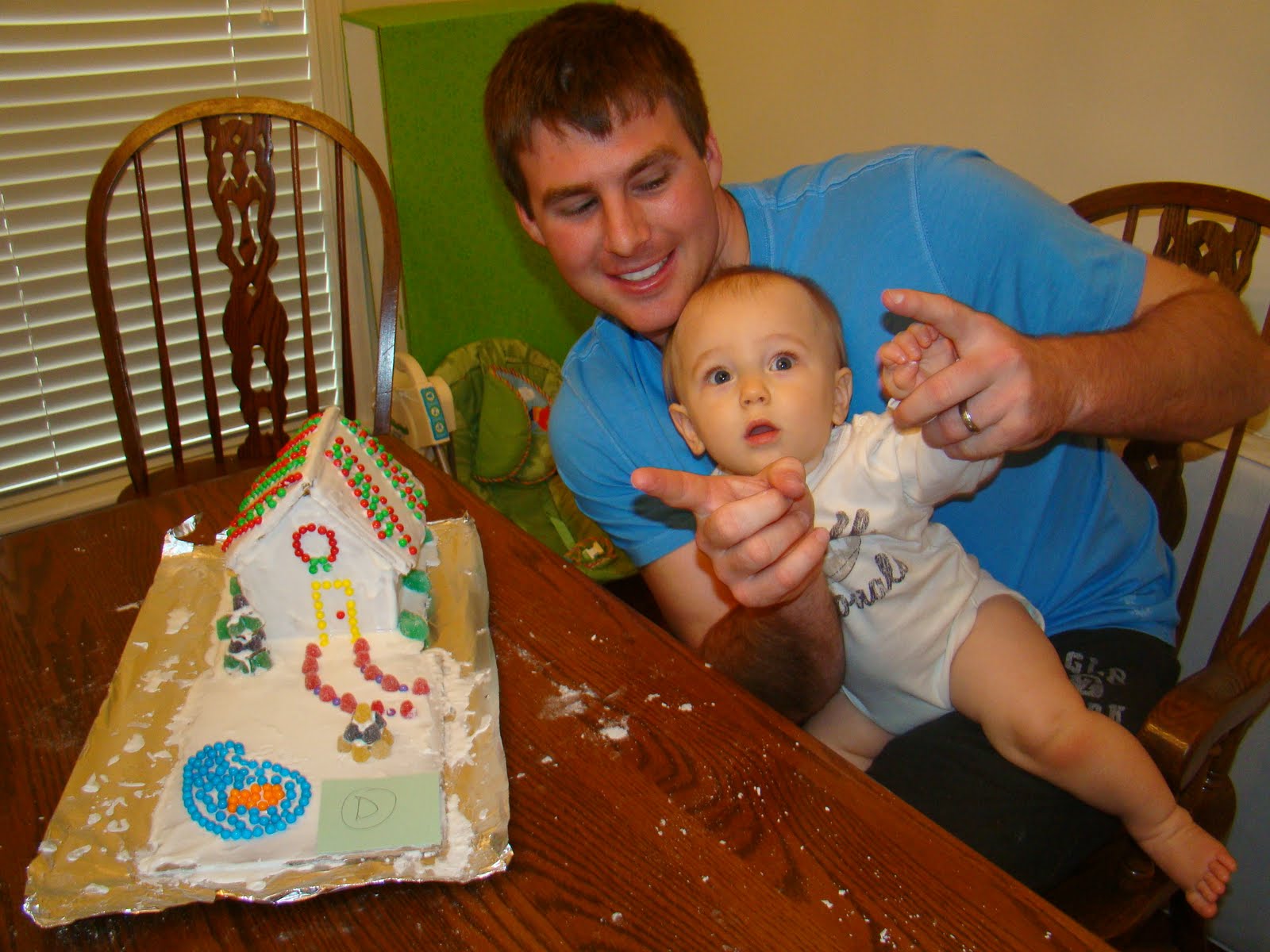 Zach, Mom, Kye and I went home for a couple hours to let the dogs out to play and so I could go ahead and cook everything for our big Christmas supper the next night. We rushed back over to Mrs. Charlotte’s so Kye could eat and go to bed. Everyone else was at Little Mama and Big Daddy’s for a big Christmas Eve Dinner but we just couldn’t make it. We try to do it all but sometimes it’s not possible! It was a nice moment just Zach, Mom, Kye and I though when we put Kye to sleep. We wanted to tell him The Night Before Christmas Story but none of us knew the whole thing so we ended up each saying a line and making up our own Christmas poem. It was pretty cute.

I am the type of person that was 100% done shopping at the beginning of December and done wrapping it all by the 16th…well the Parkers do things a little differently. Mrs. Charlotte was still calling me on the 23rd asking for gift ideas and they were still wrapping the night of the 24th! We all drank hot chocolate, put together big items and wrapped presents until about 11:00ish when we finally went to bed! It was a long, but fun day! 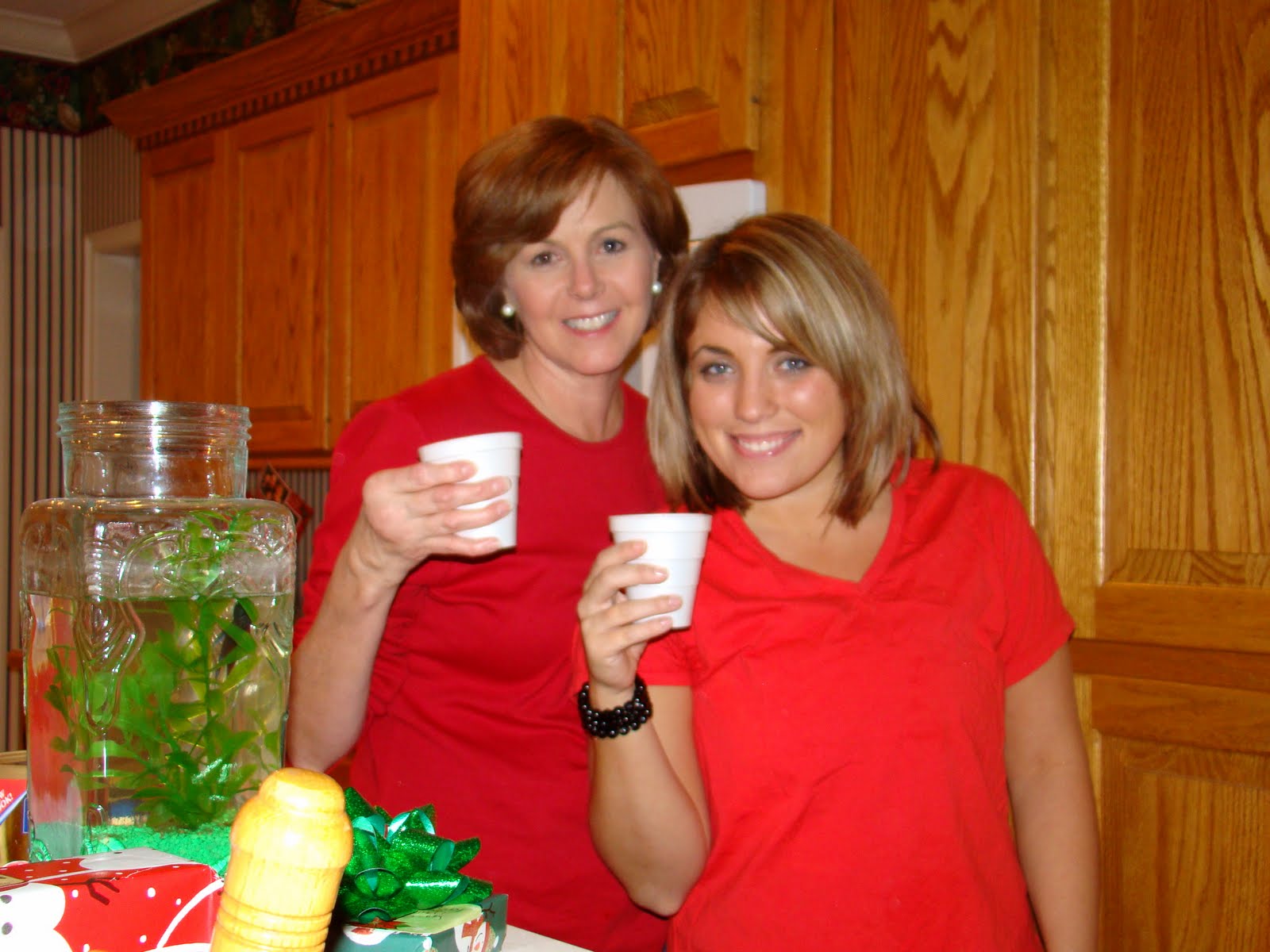 Thankfully Santa’s elves put together all Santa’s gifts because this car from G-Mama and Big Papa for Kye was a pain!! 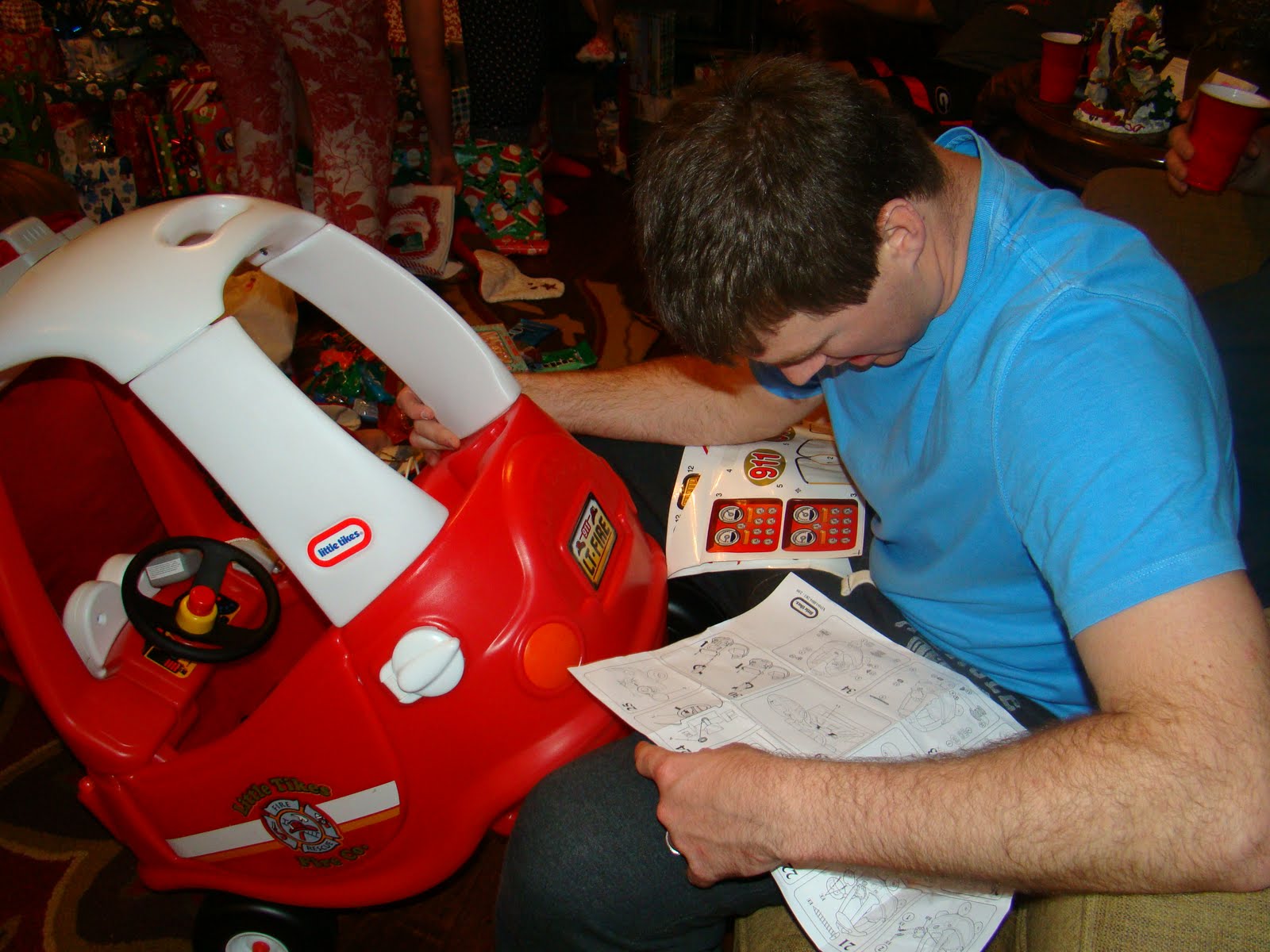 all ready for Christmas morning! 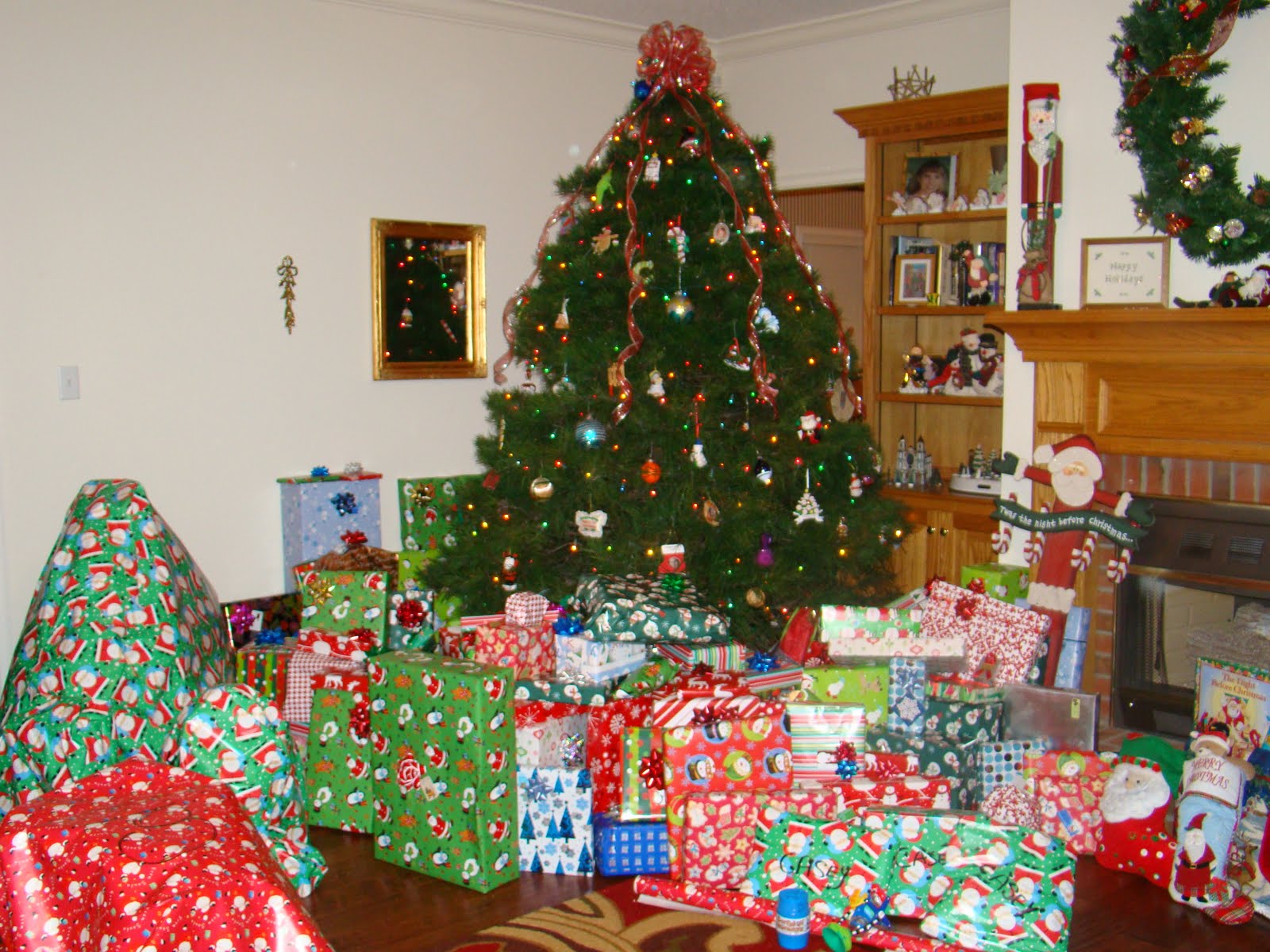