So I confess. Zach and I broke my #1 MAJOR Disney World Rule.

We planned a random trip to Disney in May. We’d had a really, really tough couple of months. You know the run down by now: Kye’s growth delay scare, my foot surgery, car repairs, potty training Britt, etc etc. Really, all of that stuff was tough on Kye. He had to get poked and prodded for the dr appts, he is old enough to understand that I was in pain and is old enough to miss me during my recovery from surgery, and he had to deal with Britt getting pretty much ALL the attention during the potty training days. He really, really deserved a special time devoted just to HIM!

Zach has been slowly becoming more and more of a “Disney person.” When we first met he was pretty much anti-Disney. Then he was okay going every couple years before we had kids. Then once we had them he was all about waiting until they were like six to go for the first time. Then he agreed to take them every couple years. Then every year. And now people? My husband agrees that we may go more than once a year depending on the year and what trips we have planned and finances and such. Um. This is MAJOR! One day maybe we will be season ticket holders…I’m not holding my breath though 😉

Anyways. We’d had that rough time and we had already talked about going for a “bonus” Disney trip sometime this year and decided to go early in May since it was a pretty low crowd level time! It was right at a month after my surgery and only like a week or so after we got the news from Kye’s growth delay appointment. Very good timing!

We decided to just go down for two nights and have one day at the park. We also decided to not tell Kye. He really did deserve an awesome day and we wanted to make it extra special by making it a surprise! Everyone was in on it and we even arranged to have Britt go to Mrs. Charlotte’s, had our car loaded and packed, the dogs at the kennel, etc so when he woke up from his afternoon nap we could surprise him with the news then literally hop in the car to go down there!

Zach and I were SO PUMPED. We talked and talked about the surprise. We were so excited to see his face when we told him! We were both ITCHING to wake him up from his nap! When we debated about how to do the surprise we ended up deciding to give him a goody bag of little Disney related prizes leading up to the big announcement 🙂 I hunted for other creative ways to tell him but since he can’t read yet our options were pretty limited!

I am always shopping for the kids for holiday presents. I pretty much have a good stock of gifts going for them year round. We do not give our kids random things through out the year. Instead if I see a good deal on something I know they’d like then I buy it and pack it away to give on the next holiday. I did buy a new shirt for him to wear at the park but I always like to do that anyway 🙂 I loaded the bag down with the goodies (Toy Story Flip Flops, Lightning McQueen shirt, Mickey Mouse Cup, his Disney pin lanyard and his ticket to get into the park!) and we woke him up from his nap and surprised him with it. 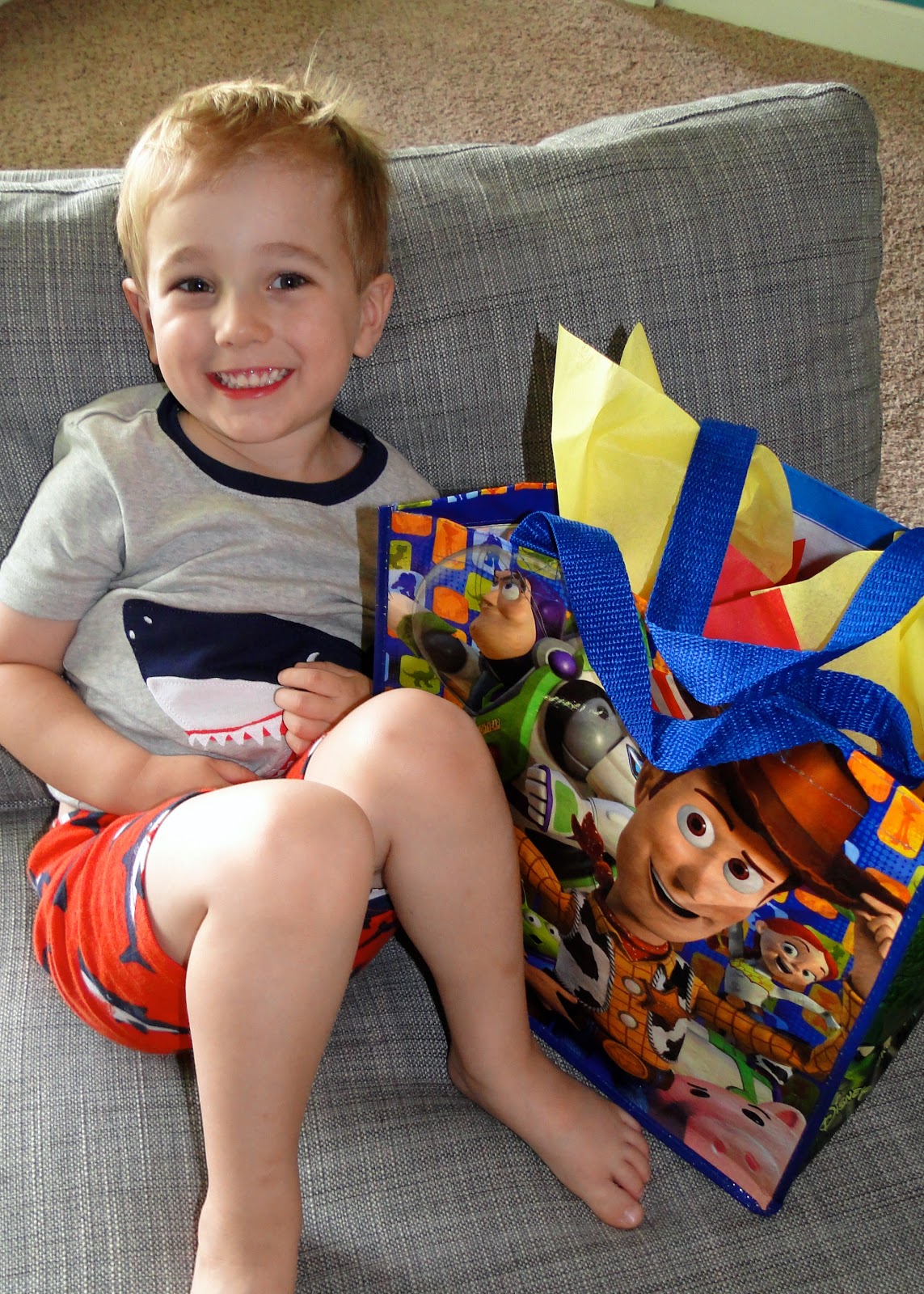 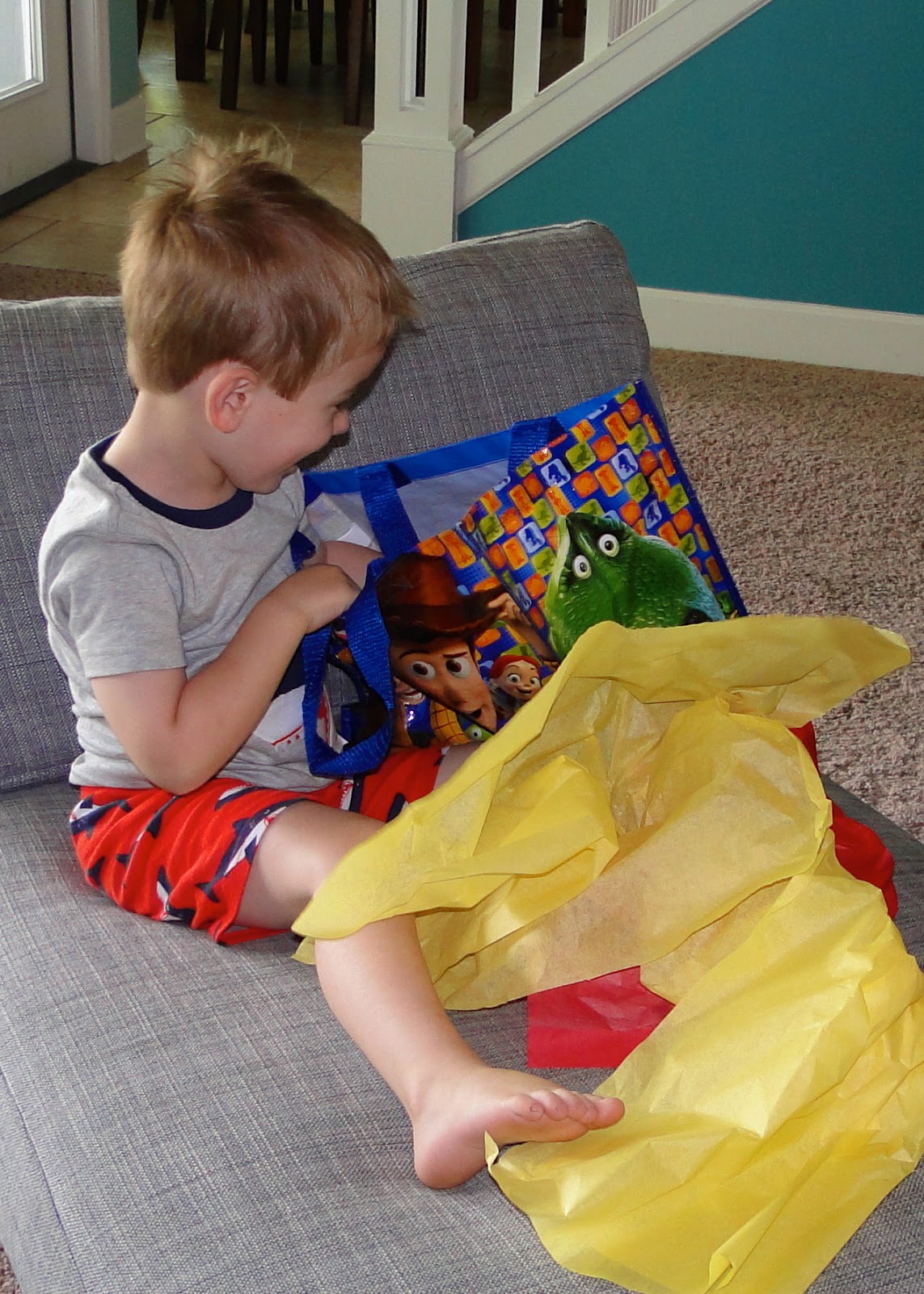 Hindsight being 20/20 we failed in two major areas of this surprise. One: like I said our kids NEVER get random presents. So hello…he was CRUNK about the gifts. He was SO pumped for the gifts that it over shadowed the REAL surprise. Two: We gave it to him RIGHT after his nap. He isn’t a morning/post nap person. He takes a little bit to fully wake up so he wasn’t really fully awake yet when we surprised him! 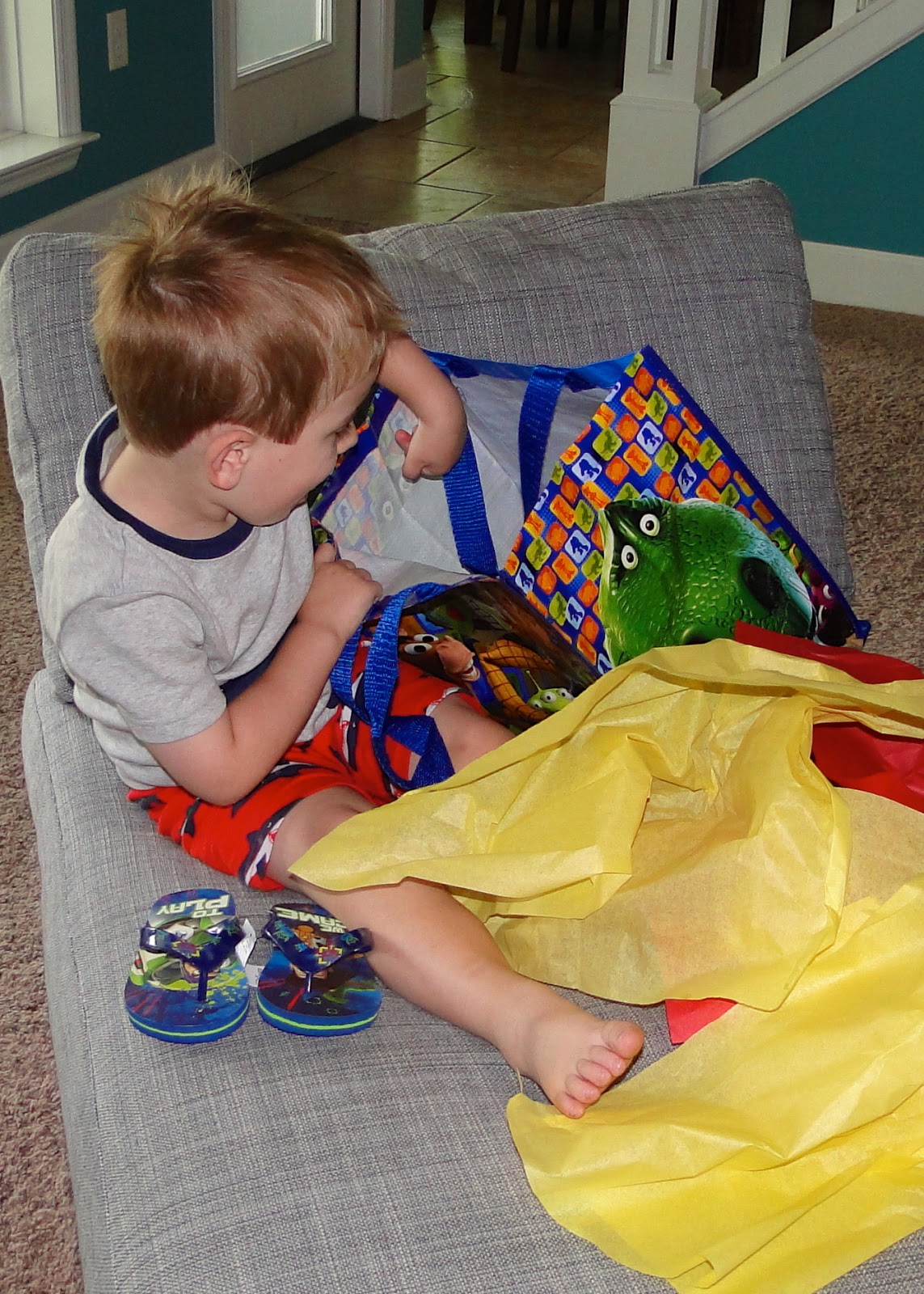 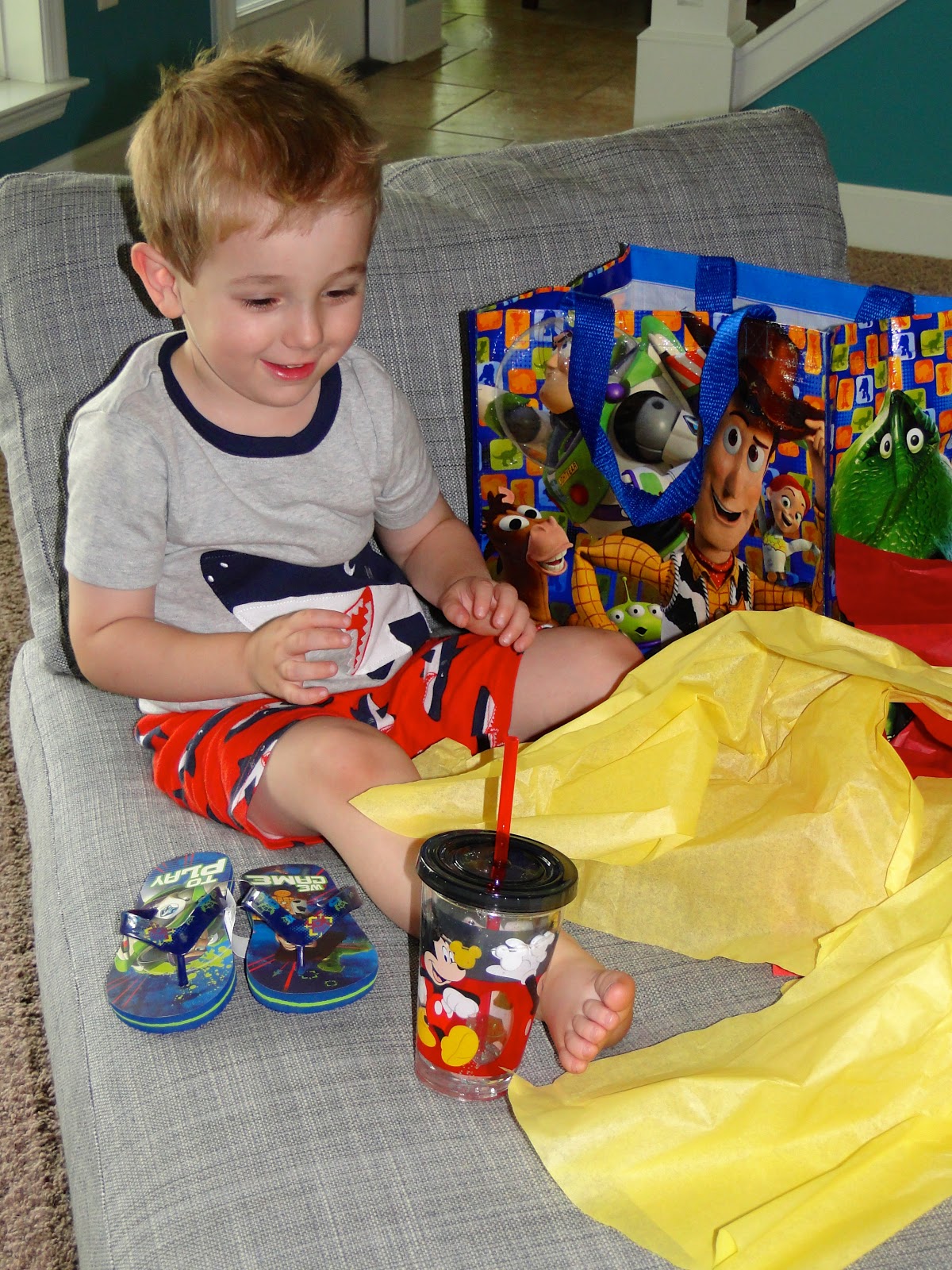 Once he got all the surprises out of the bag I kept trying to prompt him to say we could take them to Disney World and he just wouldn’t say it. We talk about Disney literally DAILY. And leading up to that day we especially talked about it ALL.THE.TIME. Zach especially as he was ITCHING for the big reveal! I finally ended up telling him we were going and he WAS happy. But he wasn’t over-the-moon thrilled like we had expected. Heck, the kid had LEGIT TEARS just that week prior when I burned some new Disney themed songs onto a cd for the car…I thought we’d have a great reaction from him when he found out we were going to the park!

But. We were wrong. He was happy. Don’t get me wrong. But he just didn’t have some huge, awesome note-worthy reaction. Zach and I were BUMMED. And I totally regret feeling that way but we had all these expectations that weren’t fair to have on the situation. What’s my #1 Disney Rule? HAVE REALISTIC EXPECTATIONS. We didn’t. We had these big grand plans of Kye freaking out and jumping up and down with joy and so when he didn’t do what we expected him to do we were disappointed. And that’s not fair to anyone to feel that way!

It was a VERY good lesson for us for sure. I’m not saying we won’t ever surprise our kids again with a Disney trip. But I know we won’t have SO MUCH anticipation about it. Kye WAS very, very surprised. He just didn’t show it in the way we had expected him to. On the drive down he actually got more and more excited about it and was talking a mile a minute (which is EXACTLY what I do when I’m pumped about stuff. I talk and talk and talk and say it all so fast that no one can even tell what I’m saying haha!). Once we got there and were getting things ready it hit him more and more and he was THRILLED to be going! It just took some time to really sink in and feel real to him! I also think he is like me and is a PLANNER and that having a plan and having the anticipation for something is a big part of the fun! 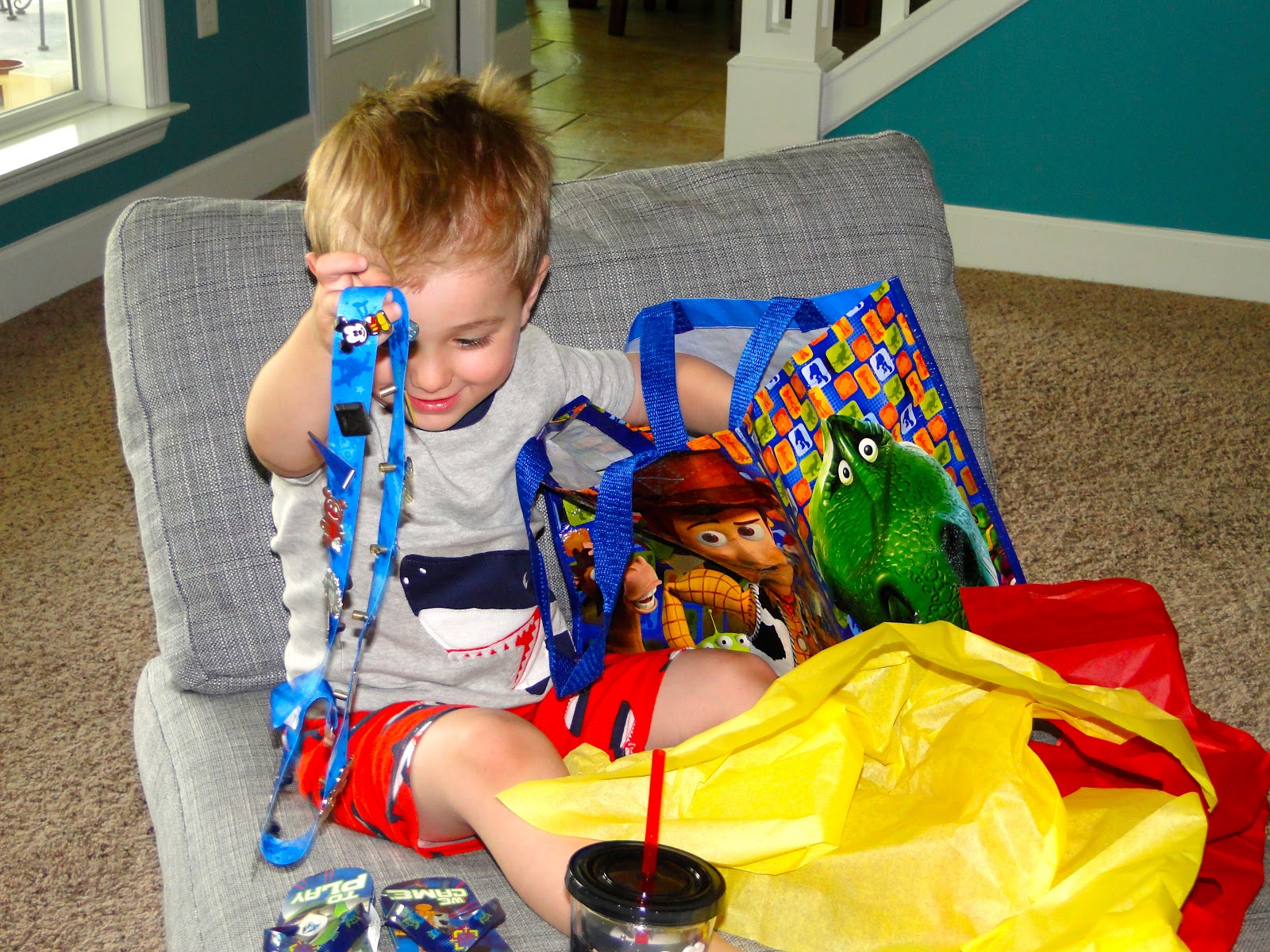 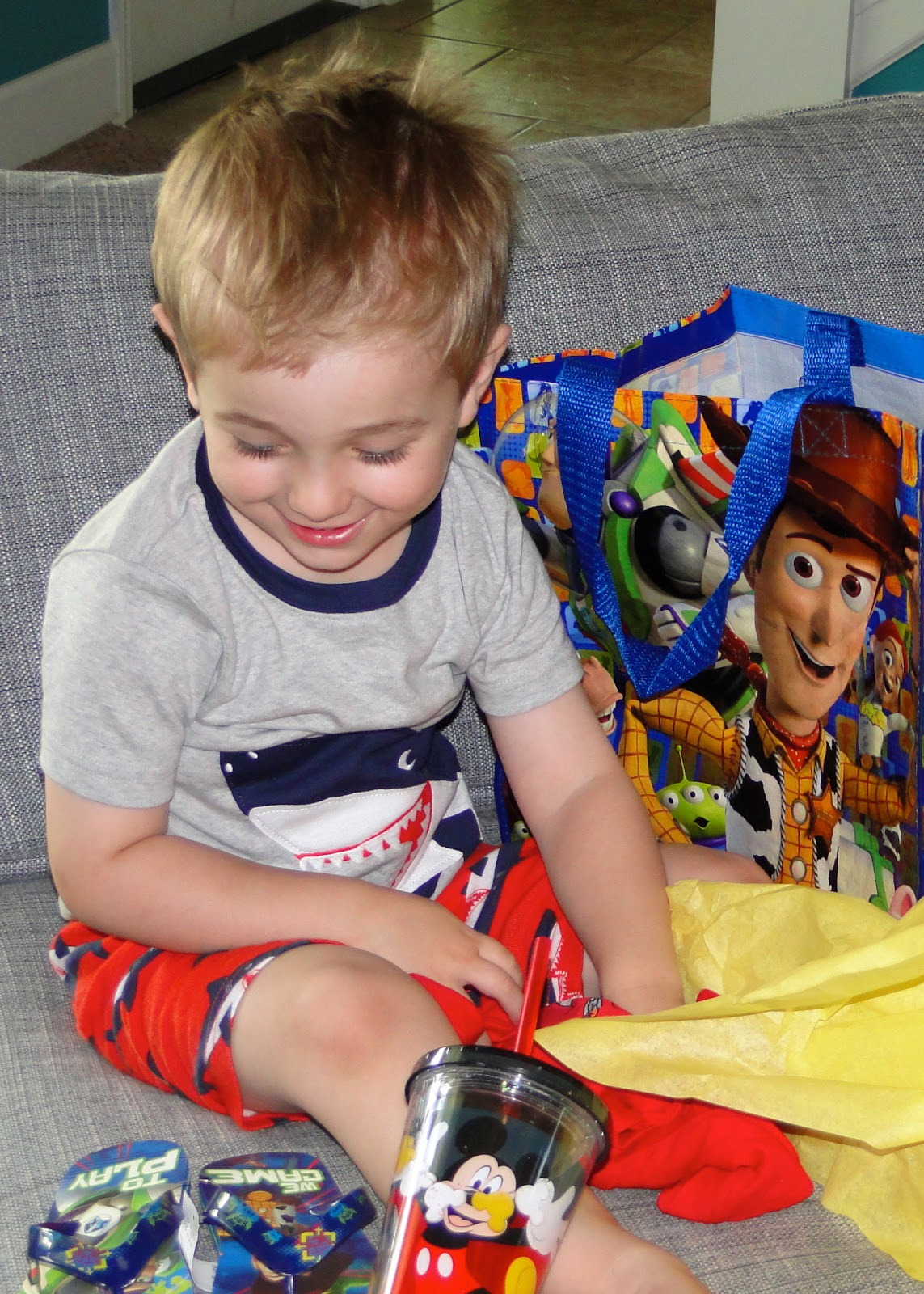 Zach video taped the whole surprise so we could have it and I just re-watched it when uploading it to You Tube and honestly, we SO shouldn’t have been as disappointed by his reaction as we were! You can see his little face totally light up when he realizes we are going! It’s a lot less anti-climatic than I remember it being…which again only proves my point that we HAVE to be mindful about our expectations!  You can see the video HERE! 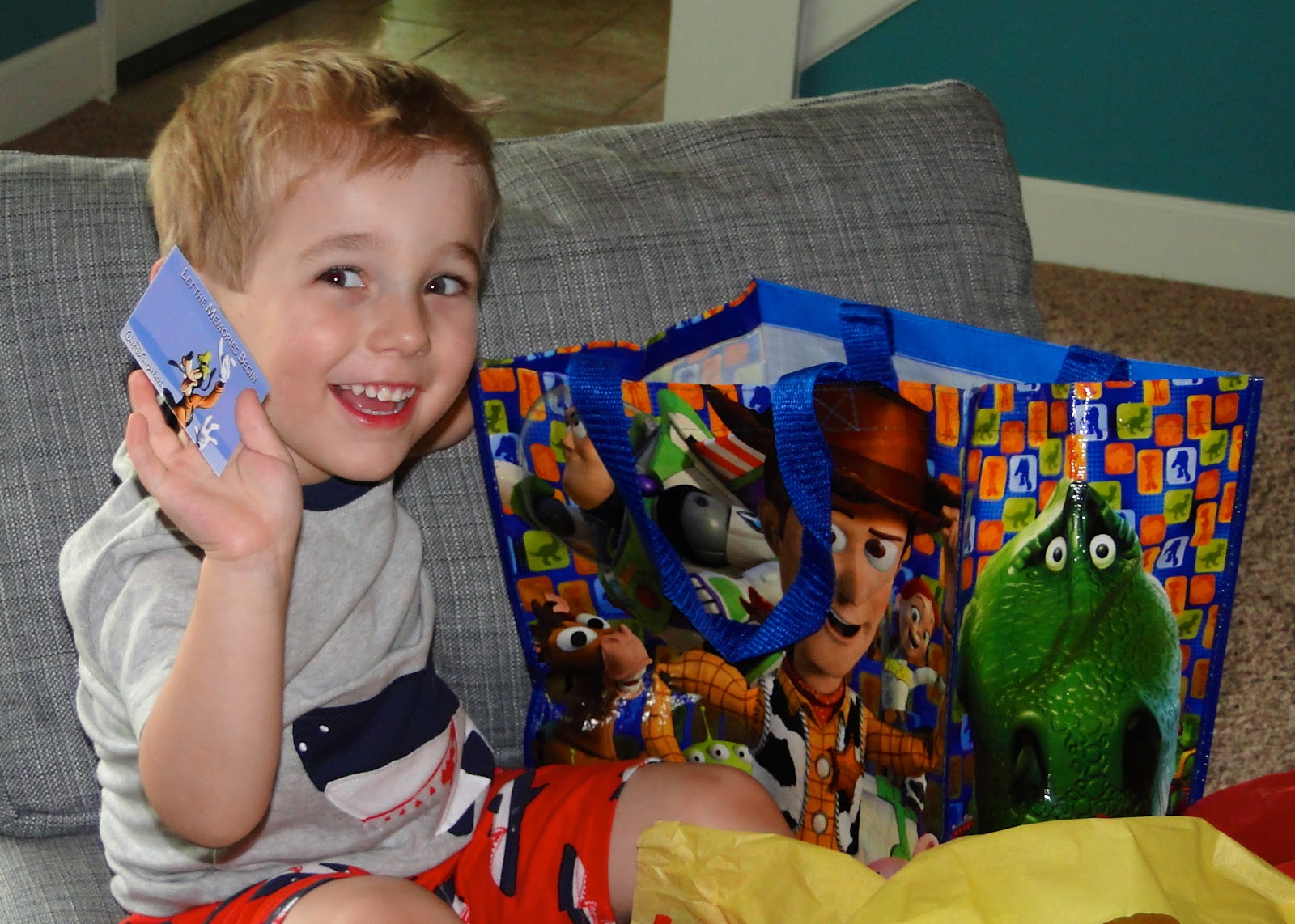 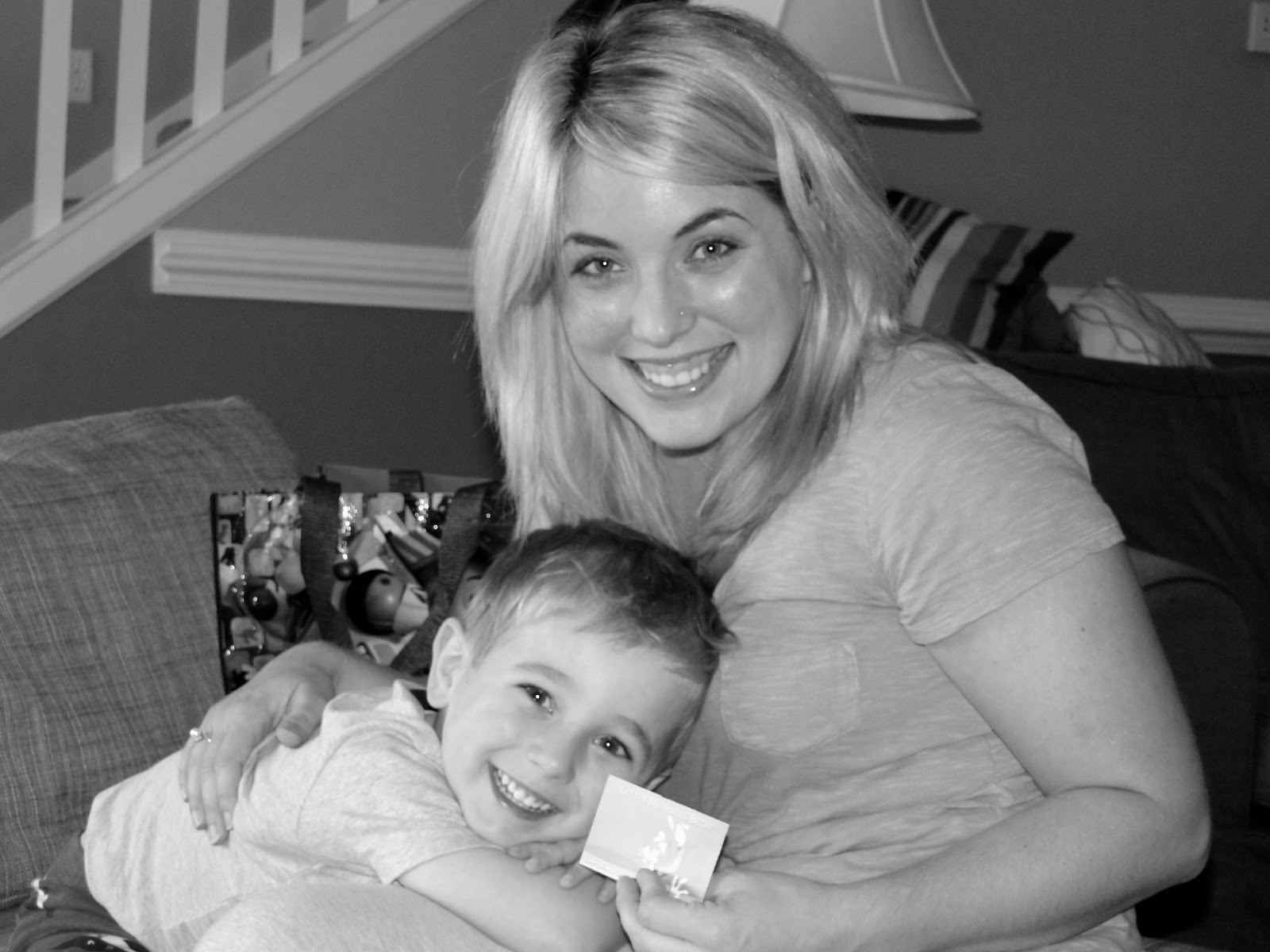 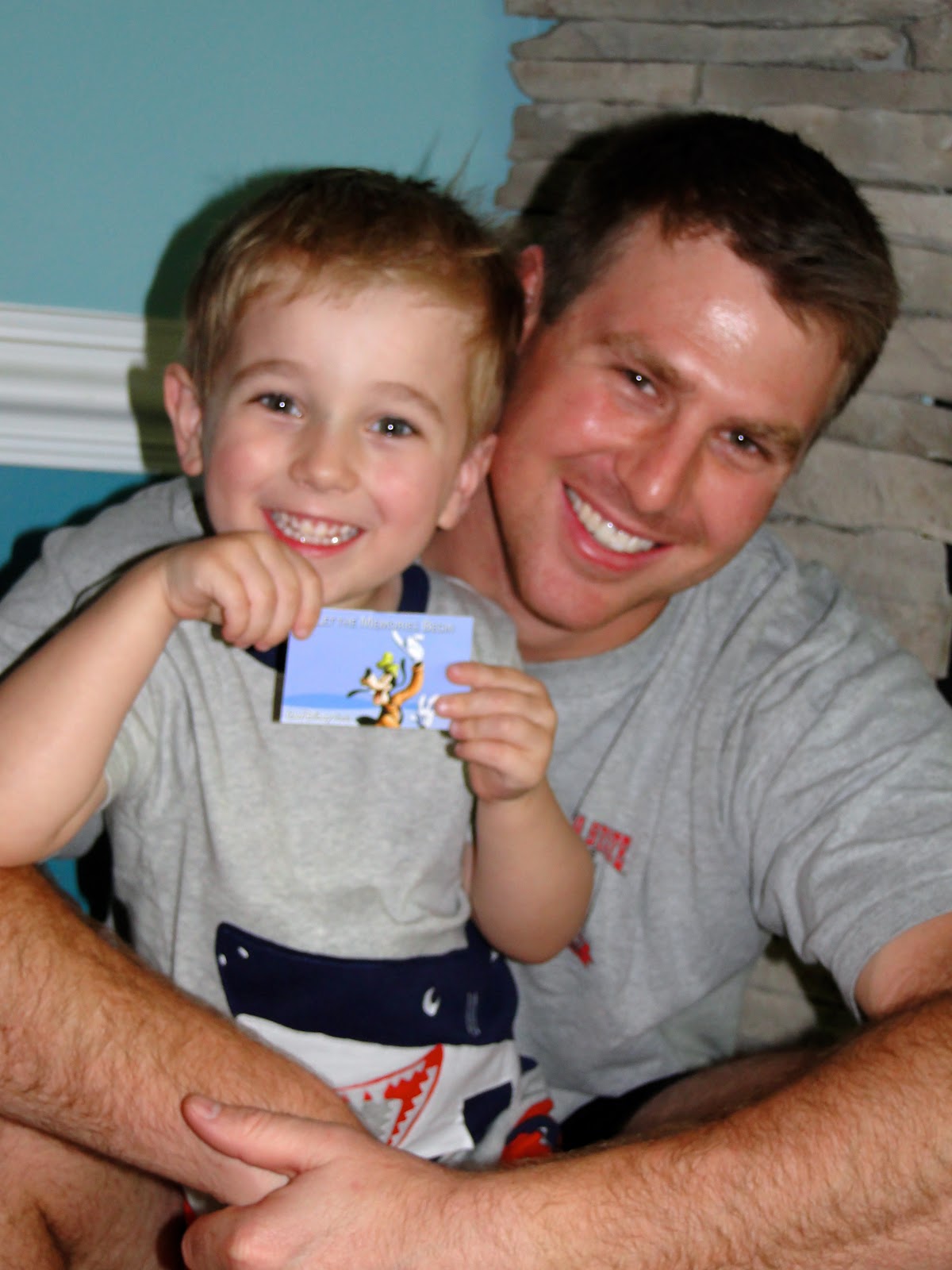