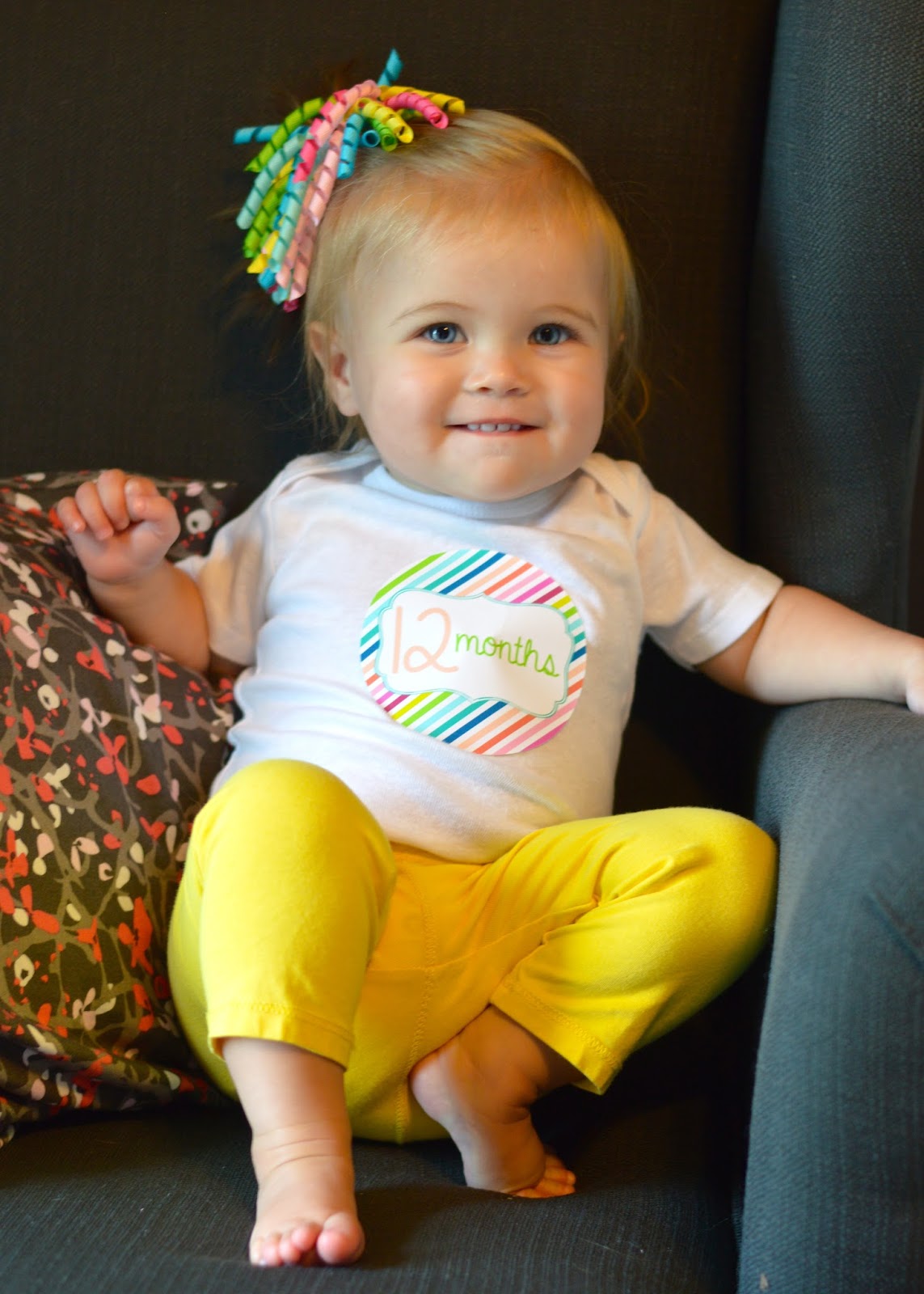 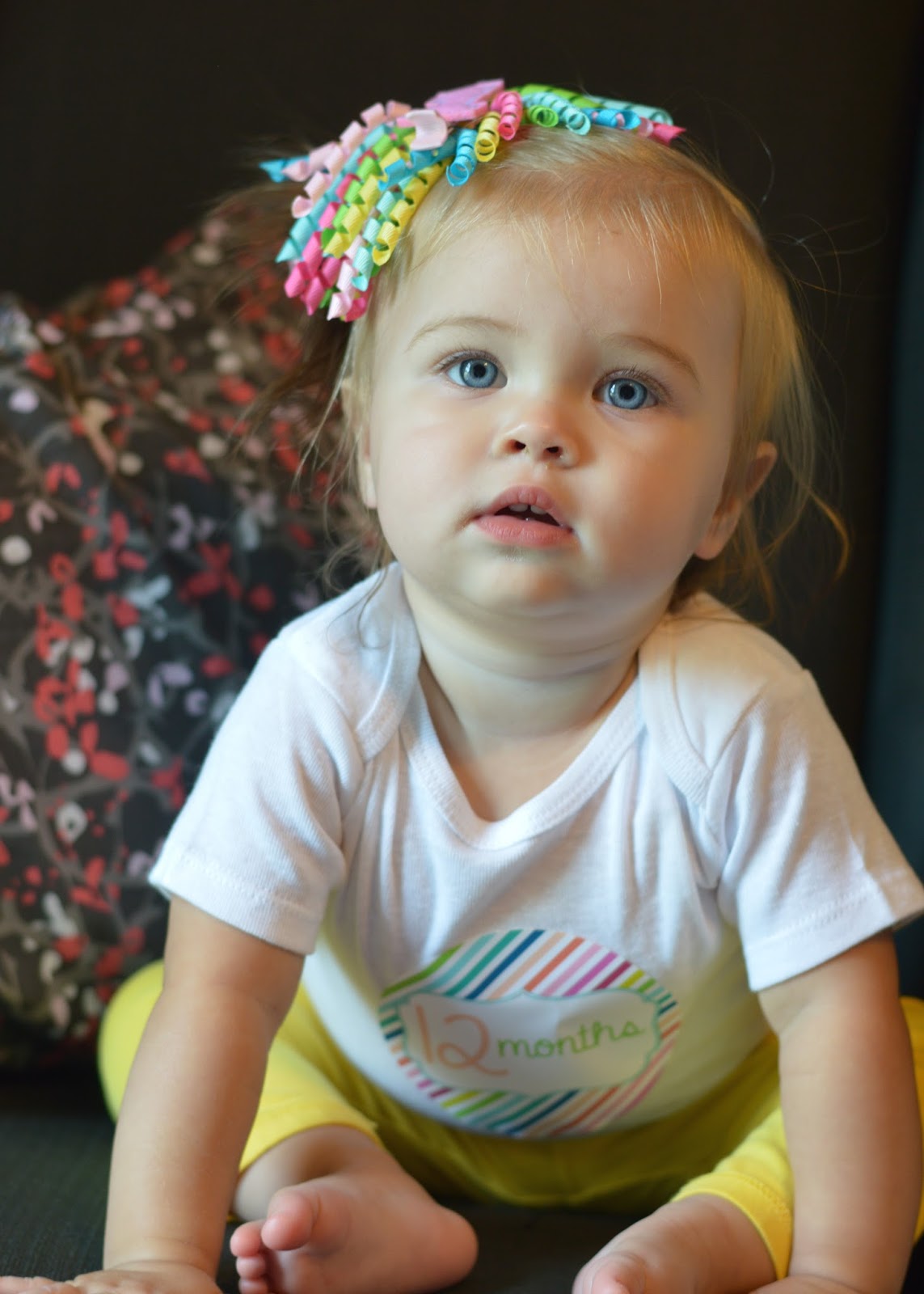 At 12 months old Tess can do everything a baby her age should be able to do including:

She can also do everything a baby her age will probably be able to do including: 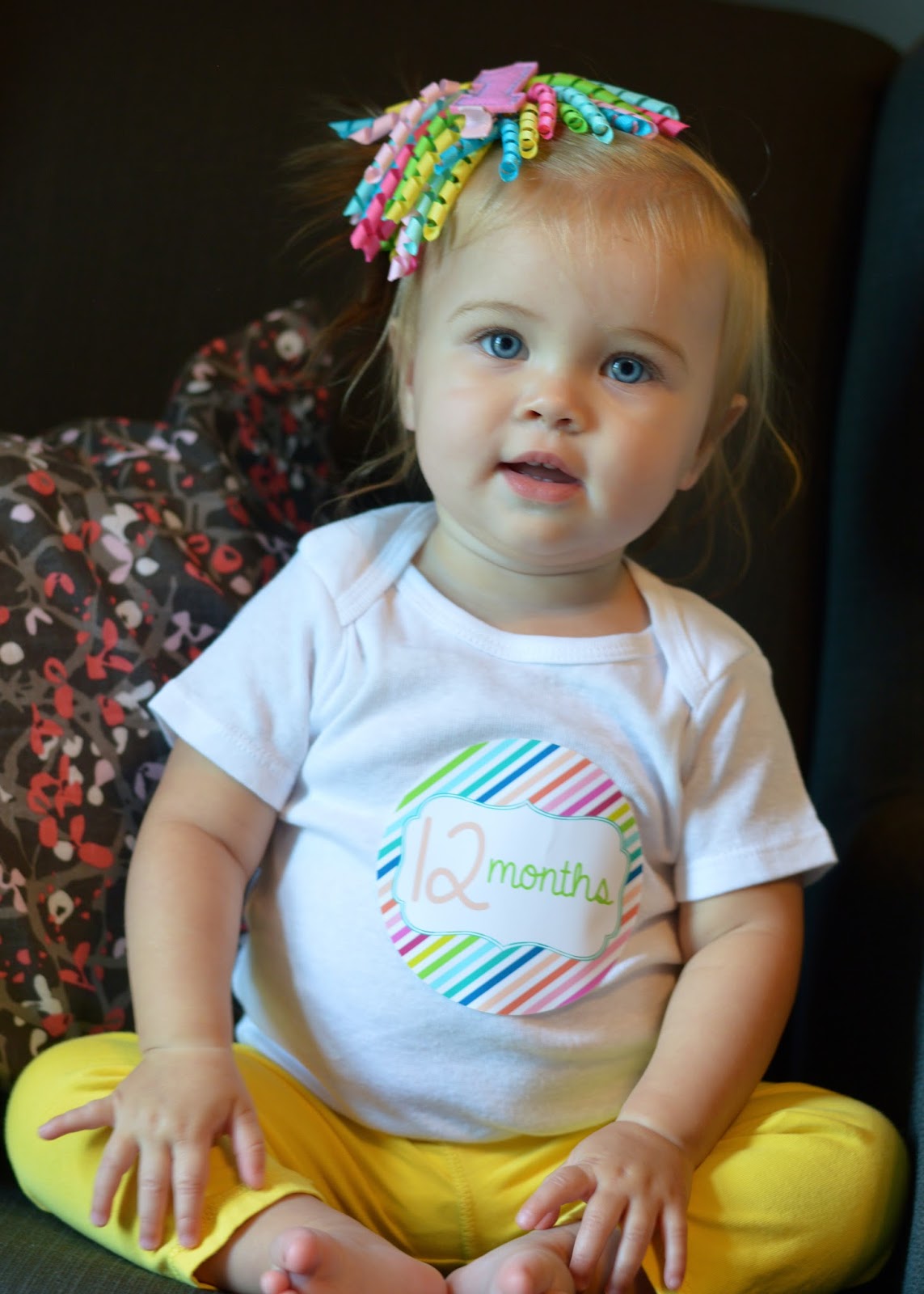 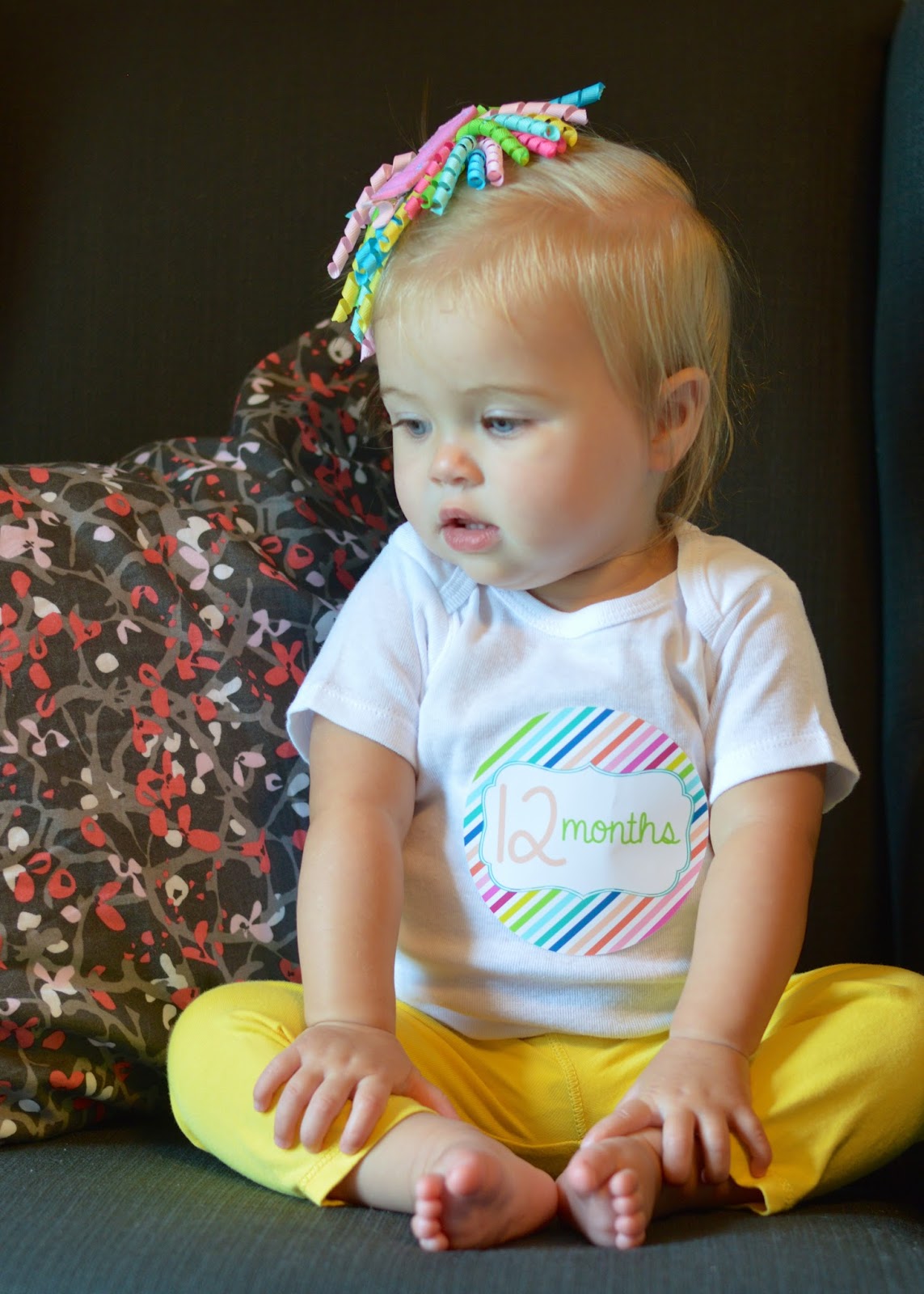 Tess can do a couple of the things a baby her age may possibly be able to do including: 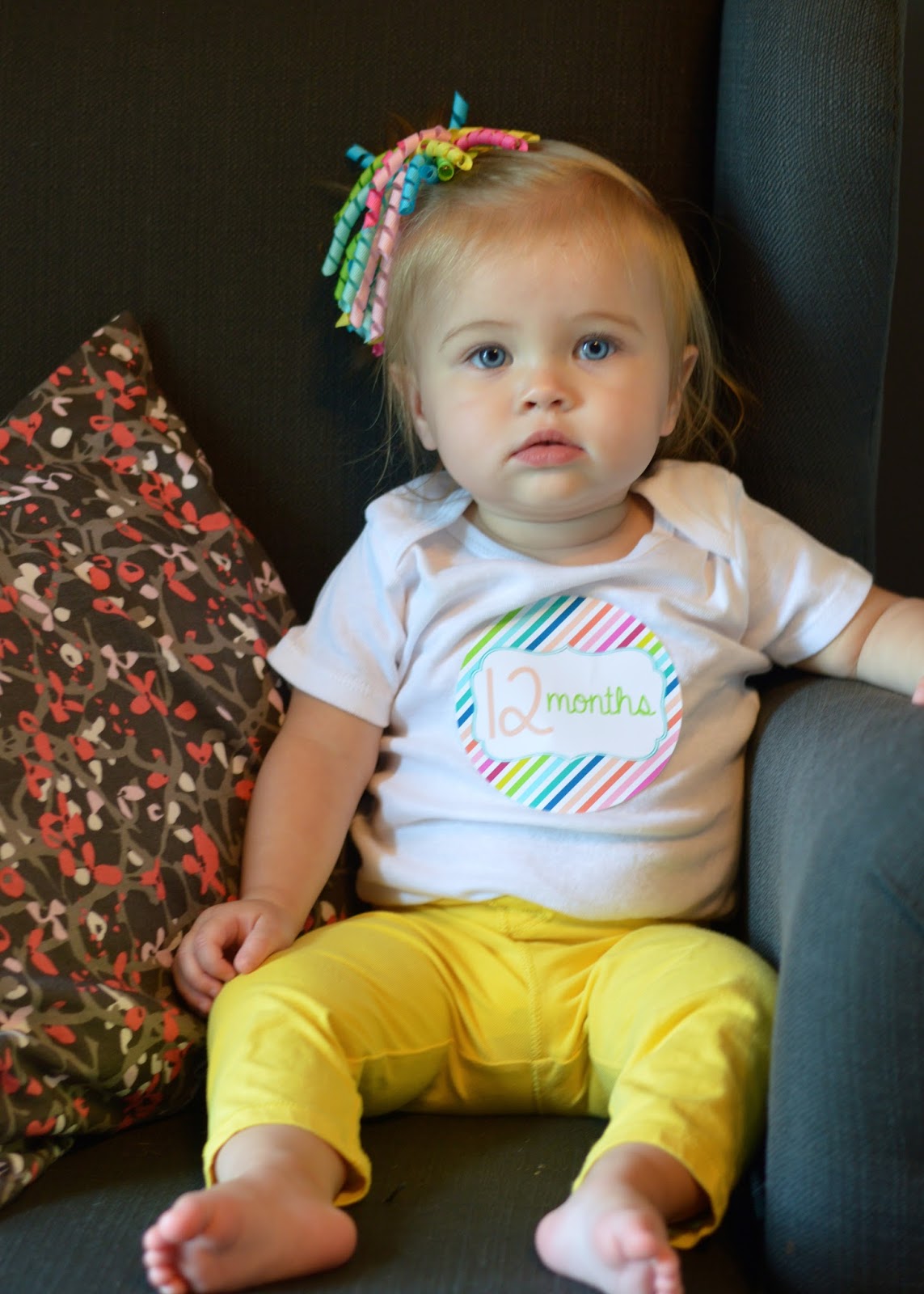 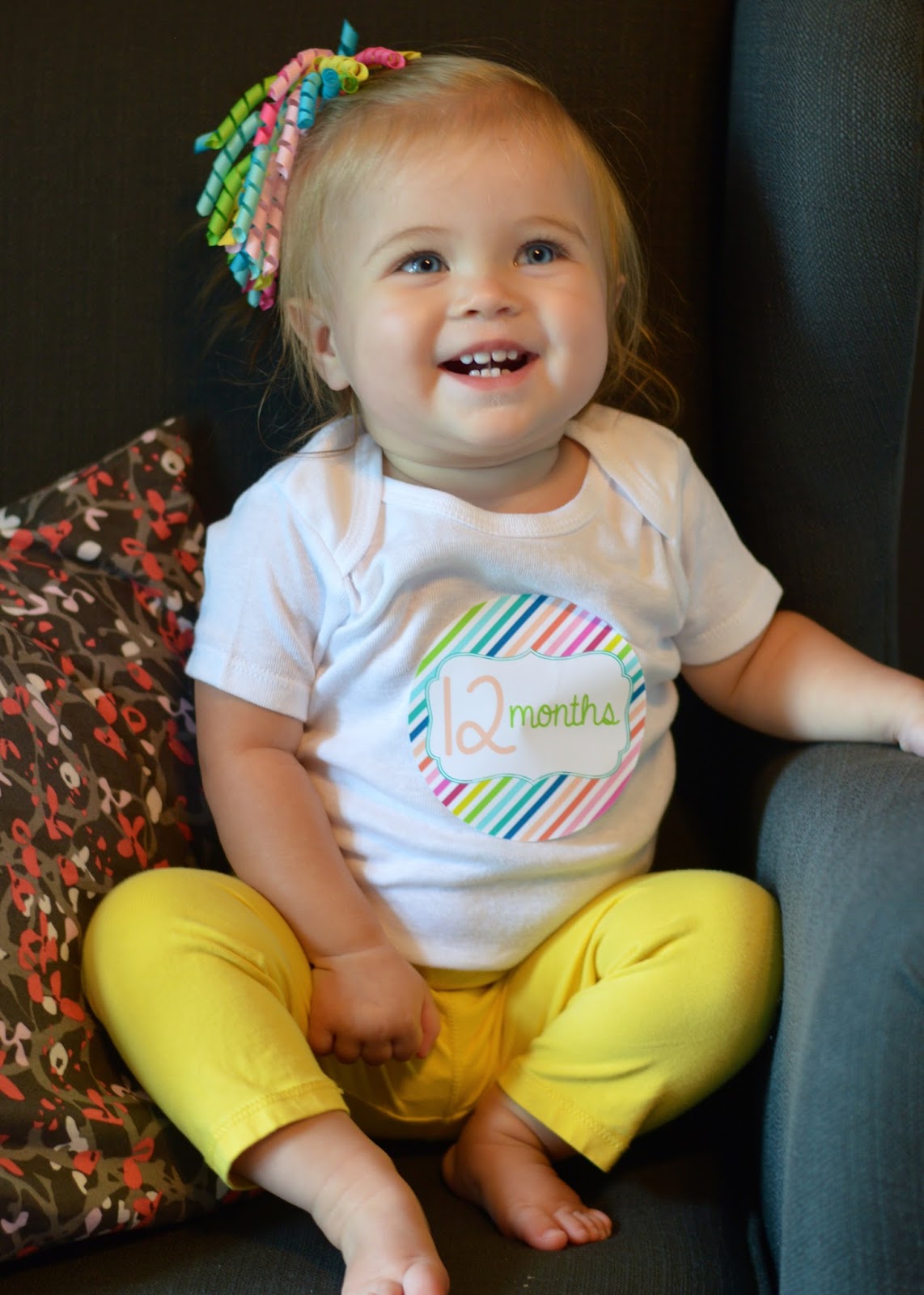 Tess can do one that a baby her age may even be able to do and that is that she can respond to a one-stop command without gestures such as “give that to me” without a hand out. (Most children will not reach this stage until after their first birthday, many not until after 16 months)

She cannot, however, do the other thing from the may even be able to do category and that is say three or more words other than “mama” or “dada” (a good half of babies won’t read this stage until 13 months and may not until 16 months) 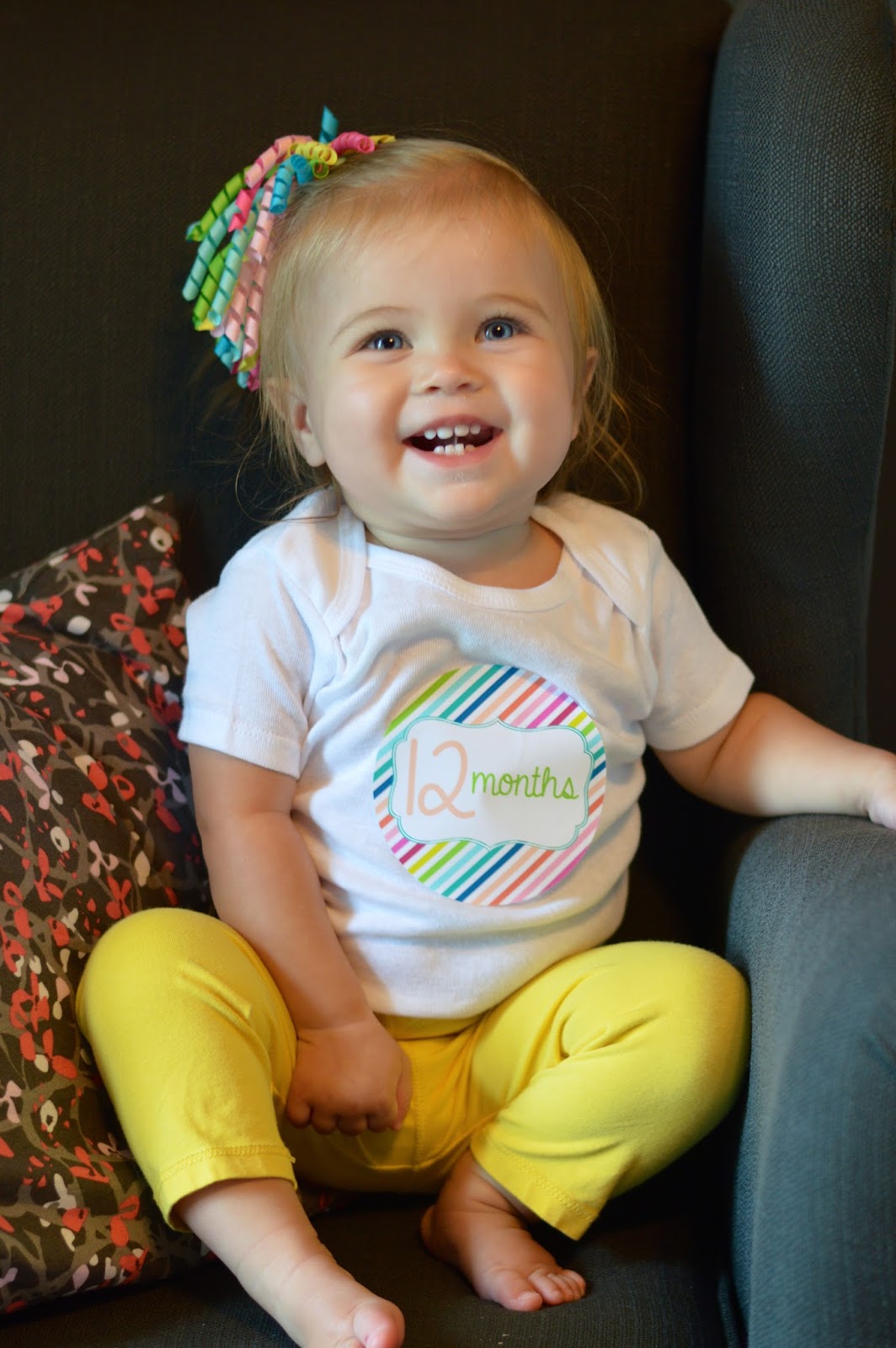 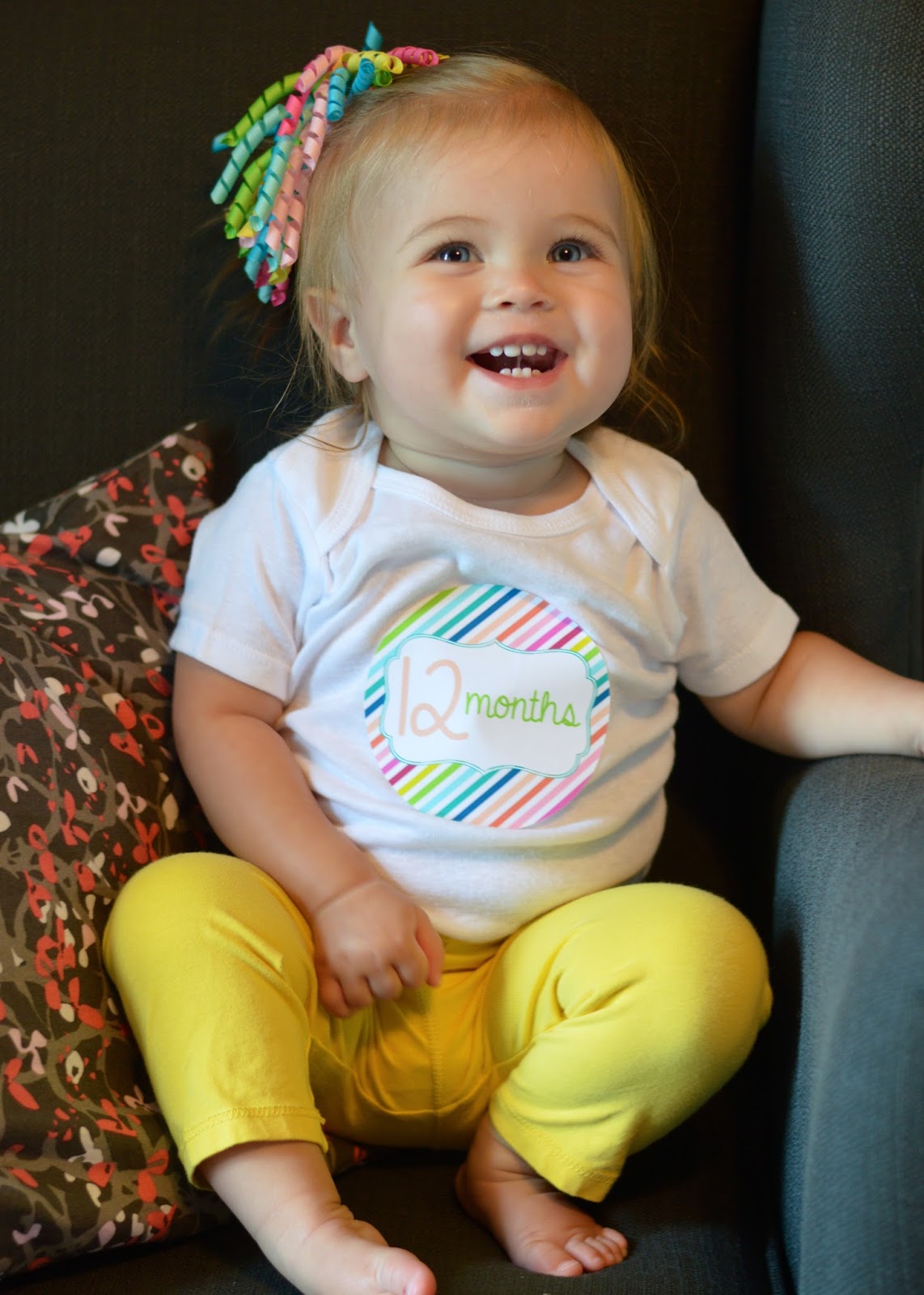 I like reading over this list and seeing that it’s SO normal to not hit a lot of the milestones yet! While I don’t overly worry about Tess, it’s still reassuring to know that there is nothing to worry about when it comes to her slower pace in some areas 🙂 She’s perfect, duh 😉 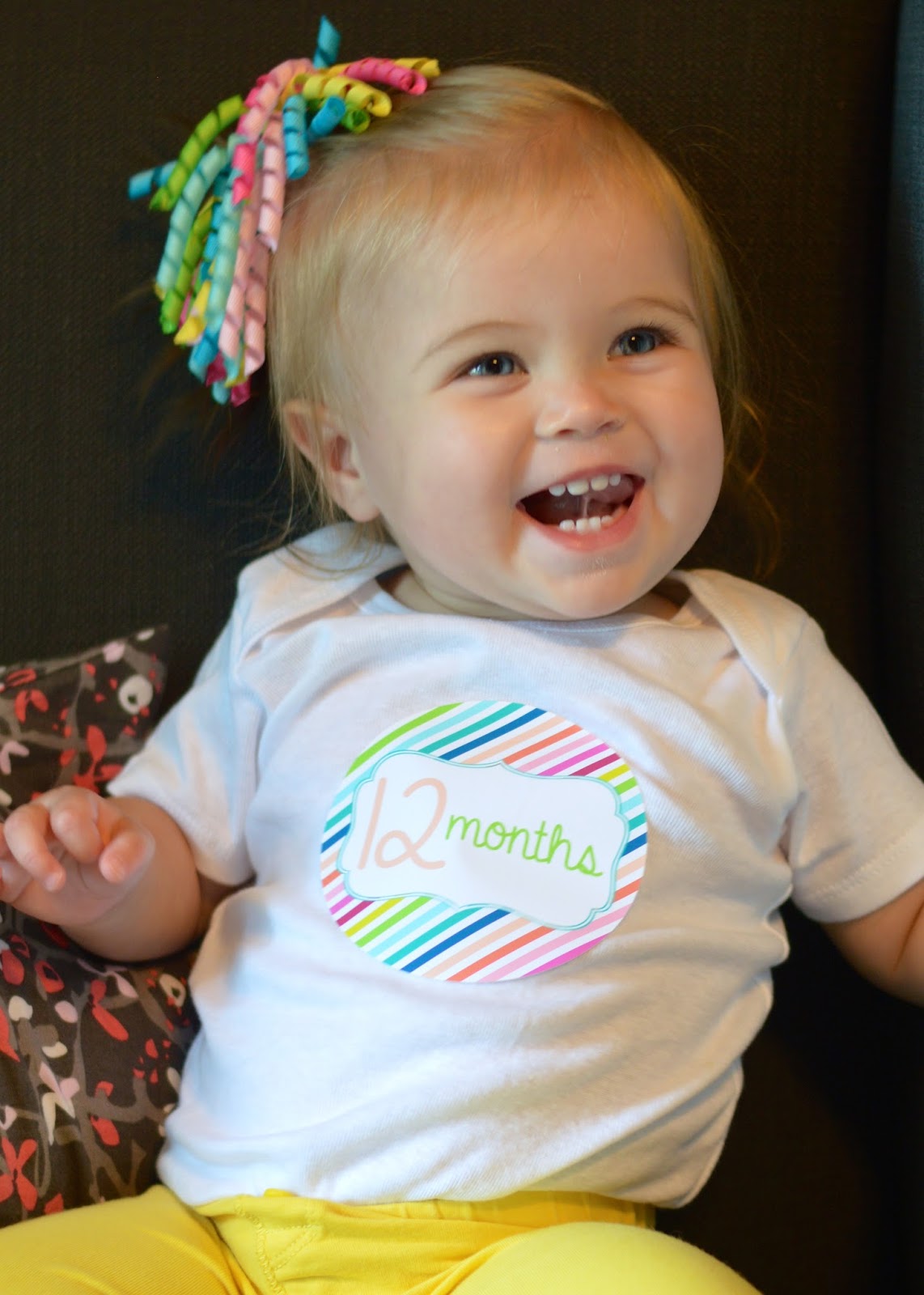 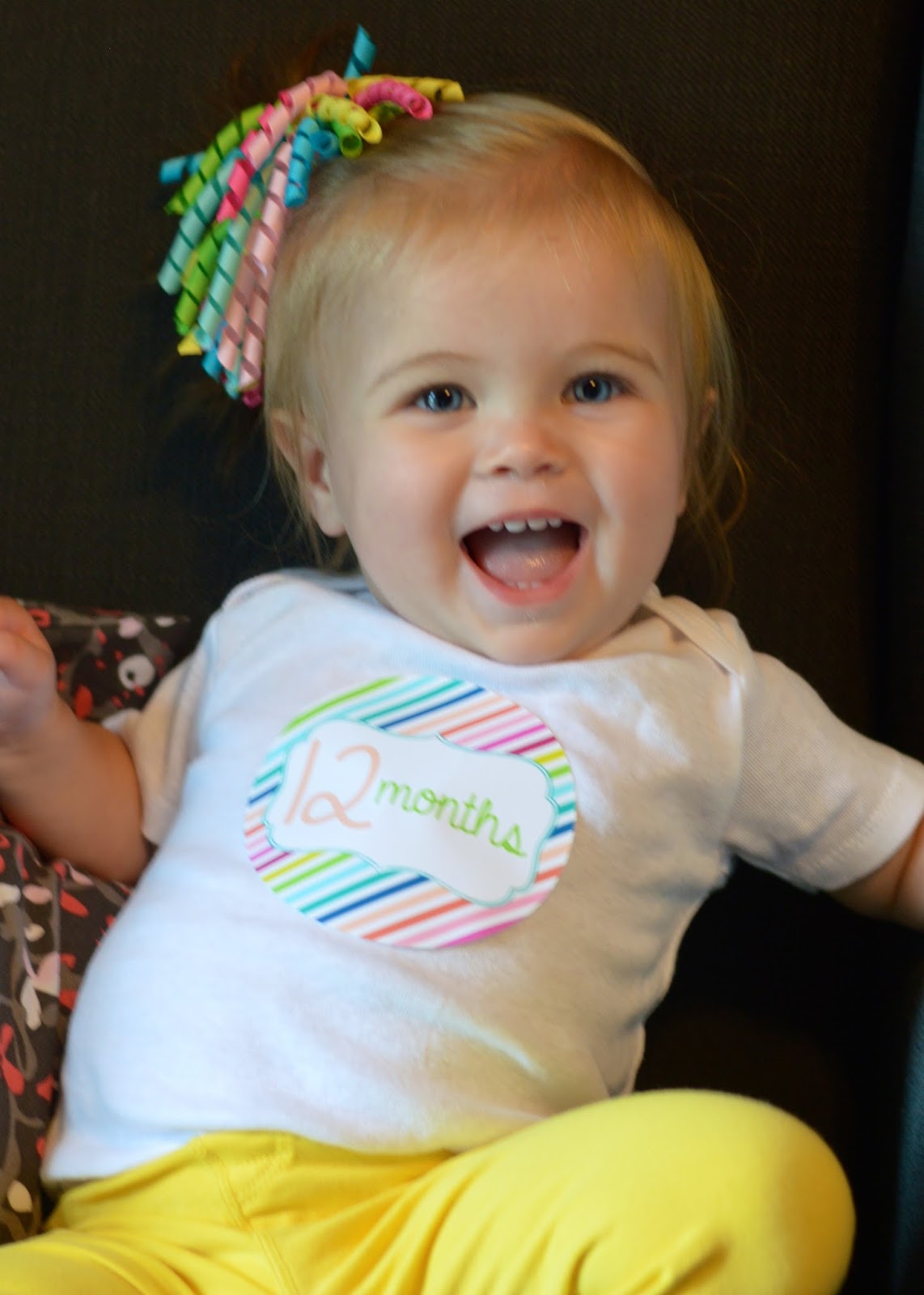 You can compare to Britt’s 12 month post here and Kye’s here! 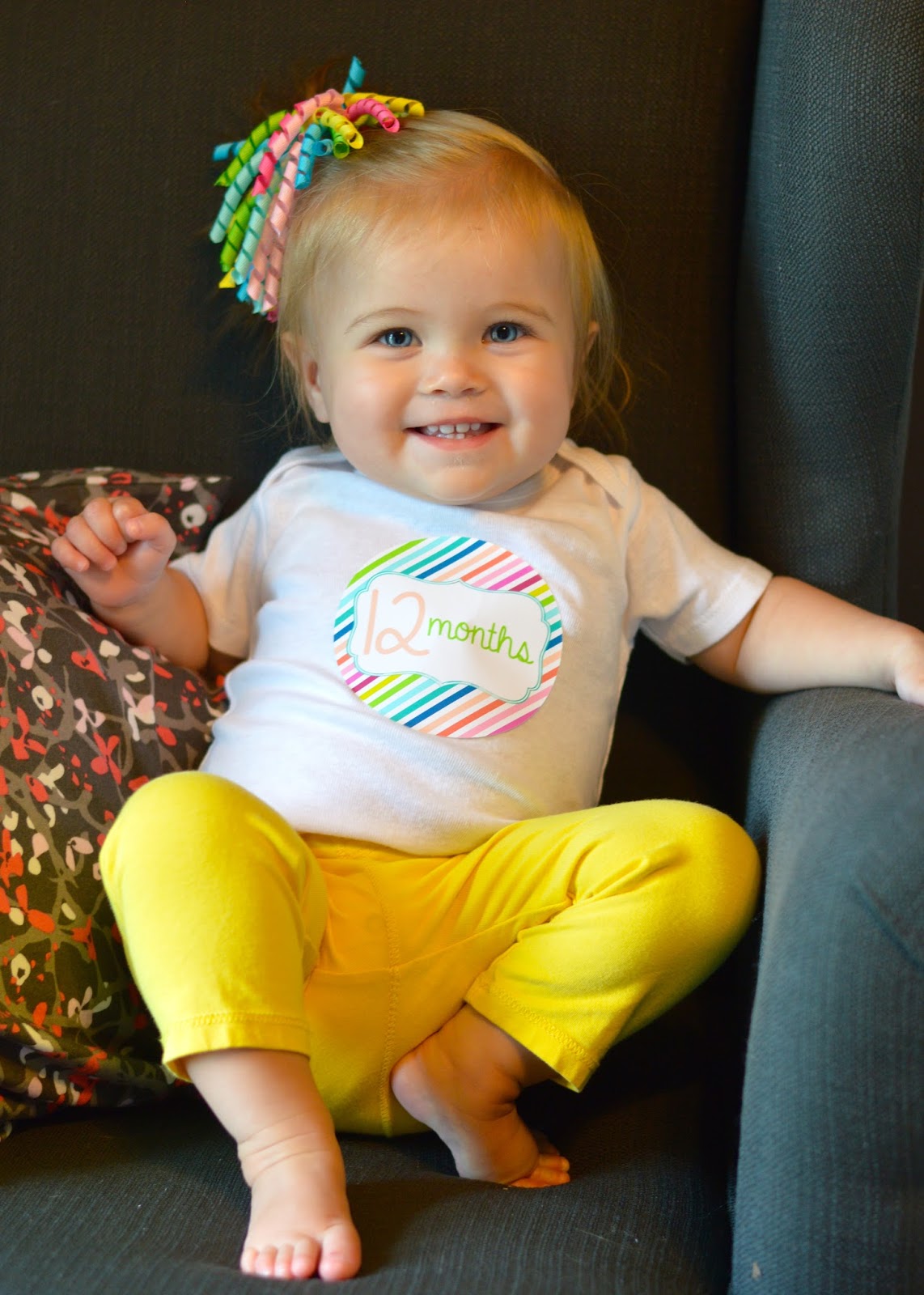 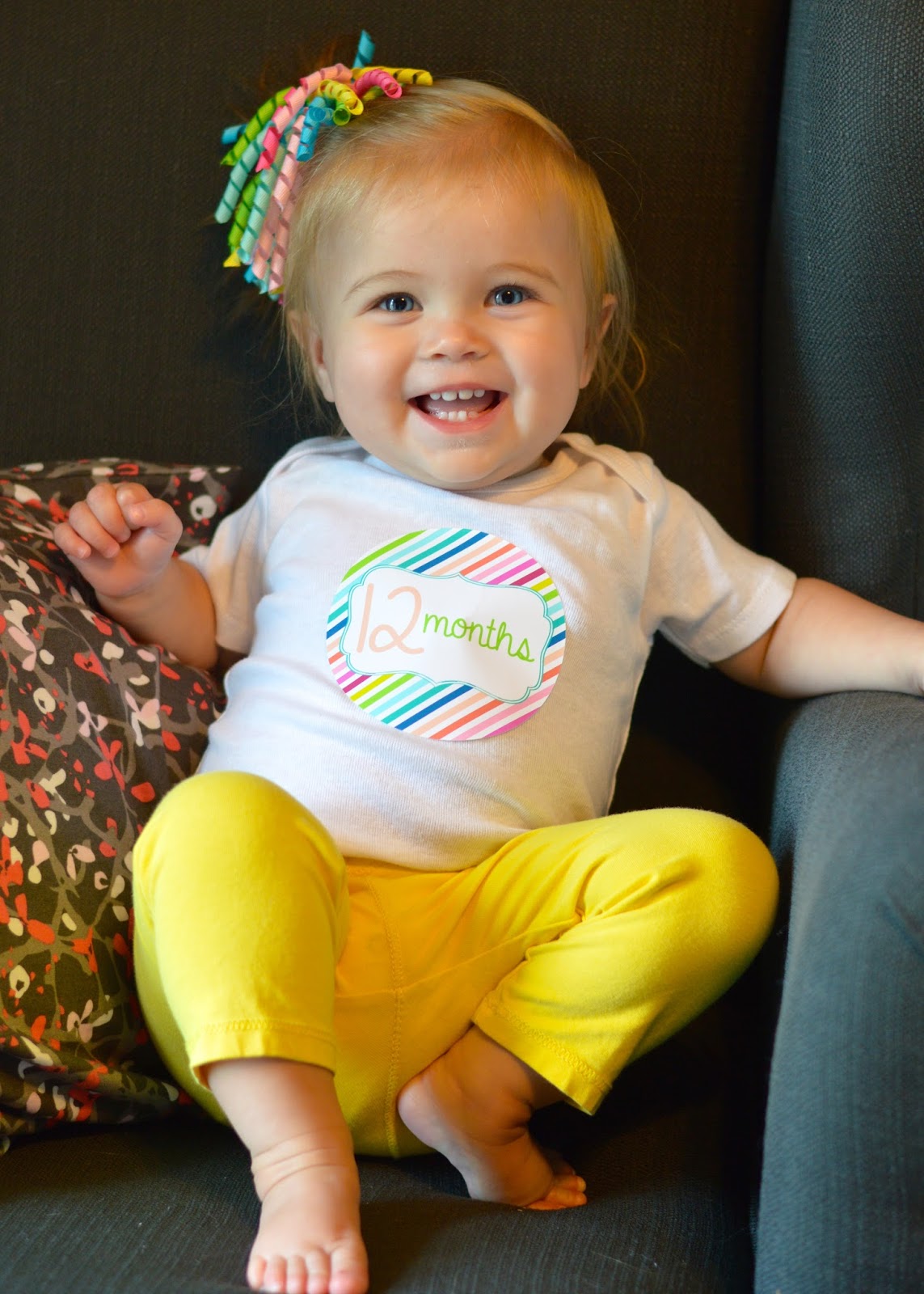 A comparison of all her monthly pics! 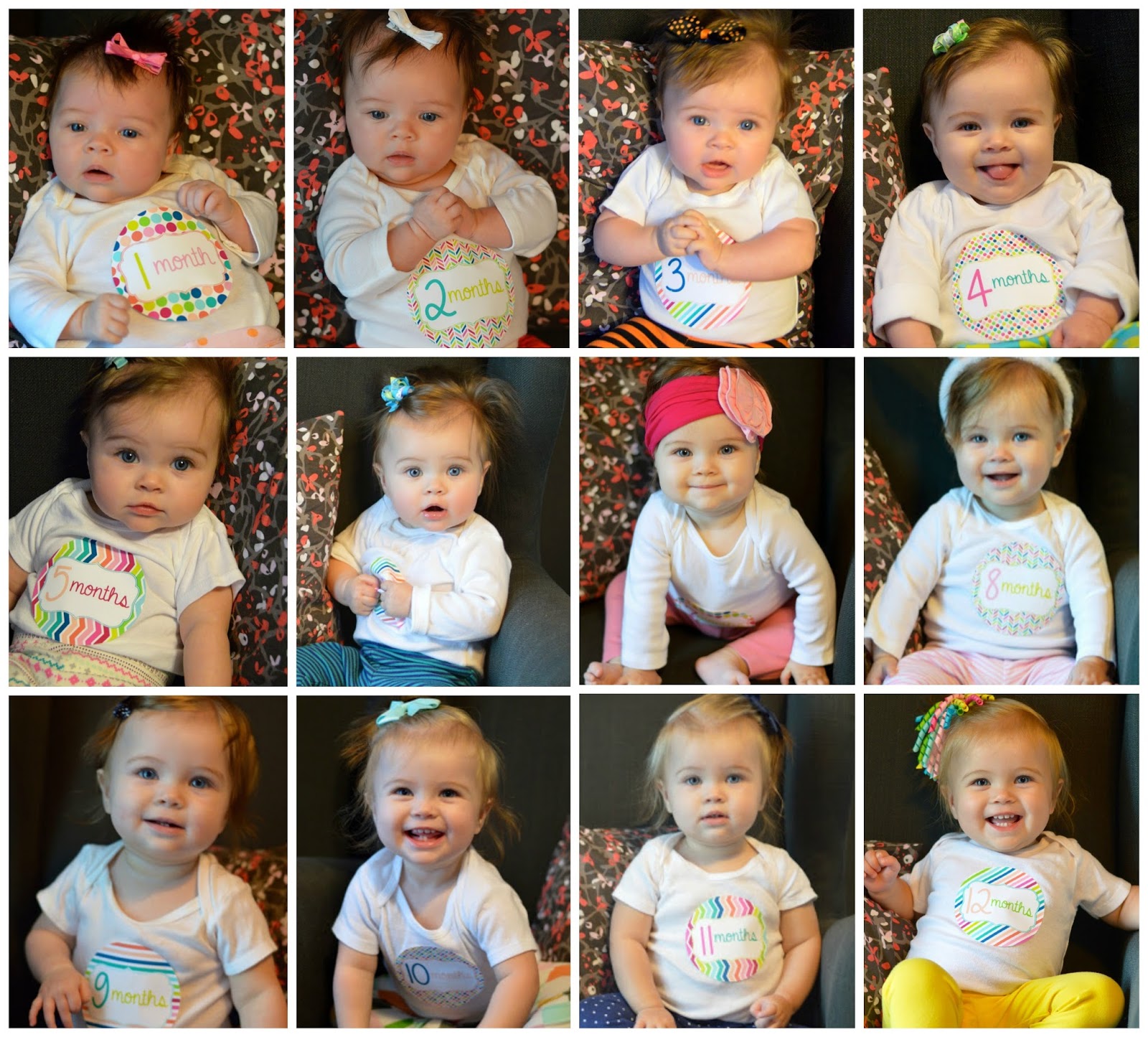