When I was pregnant I asked people for advice all the time and the one piece of advice that always pops back in my mind actually came from Rachael. It’s not really about parenting but it was something that spoke to my true self! She told me to make sure if I liked an outfit to get a TON of pictures of my kid wearing it because they grow out of them so fast. I seriously think about that every time I buy Kye a mega cute outfit and I take a mental note to make sure to get pictures of him wearing it, These pictures are of such an outfit (these pants are SOOOO cute to me!) and they were taken on a Sunday so I feel like they kinda fit in with this post! 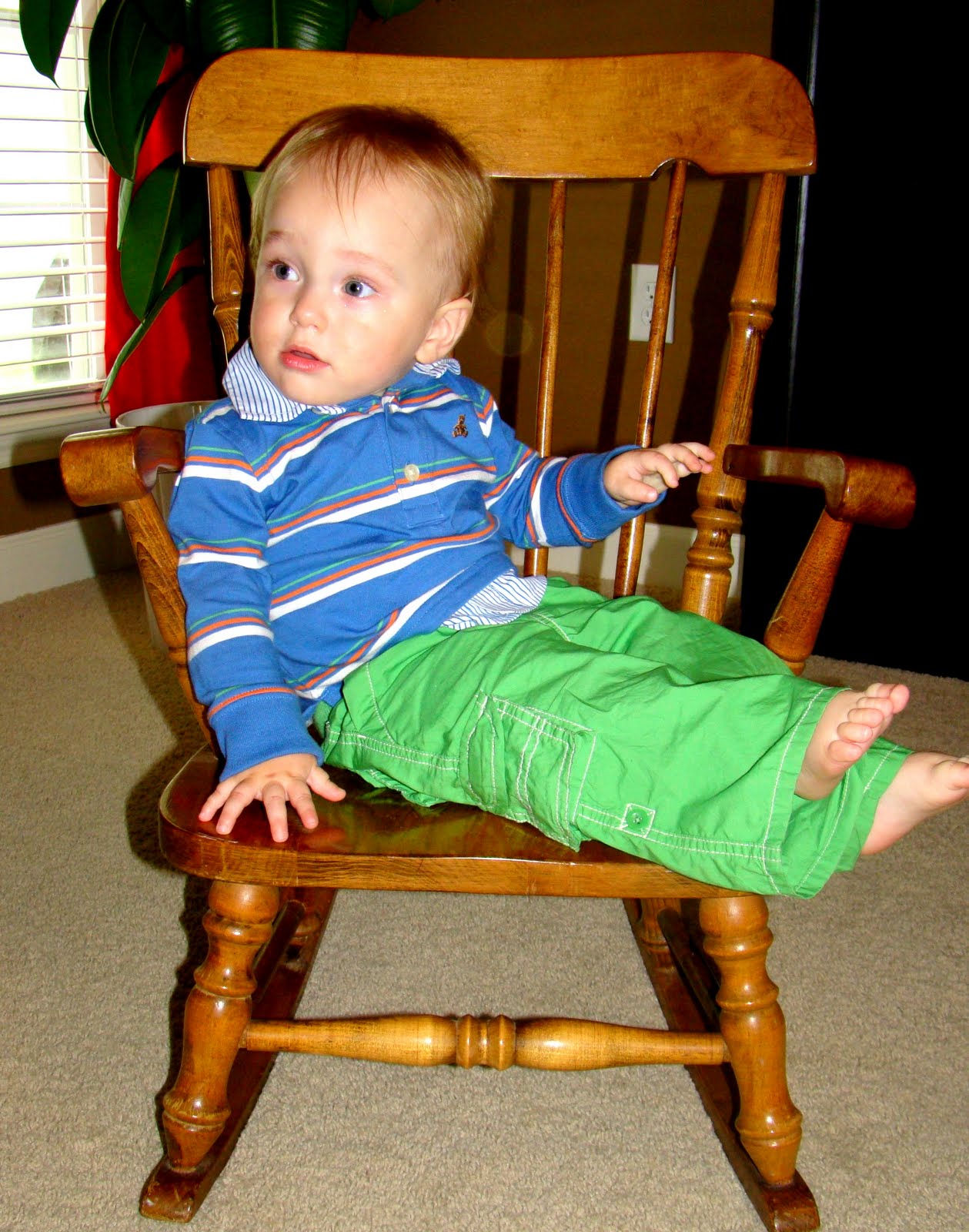 wanting Froggie to sit in his chair too 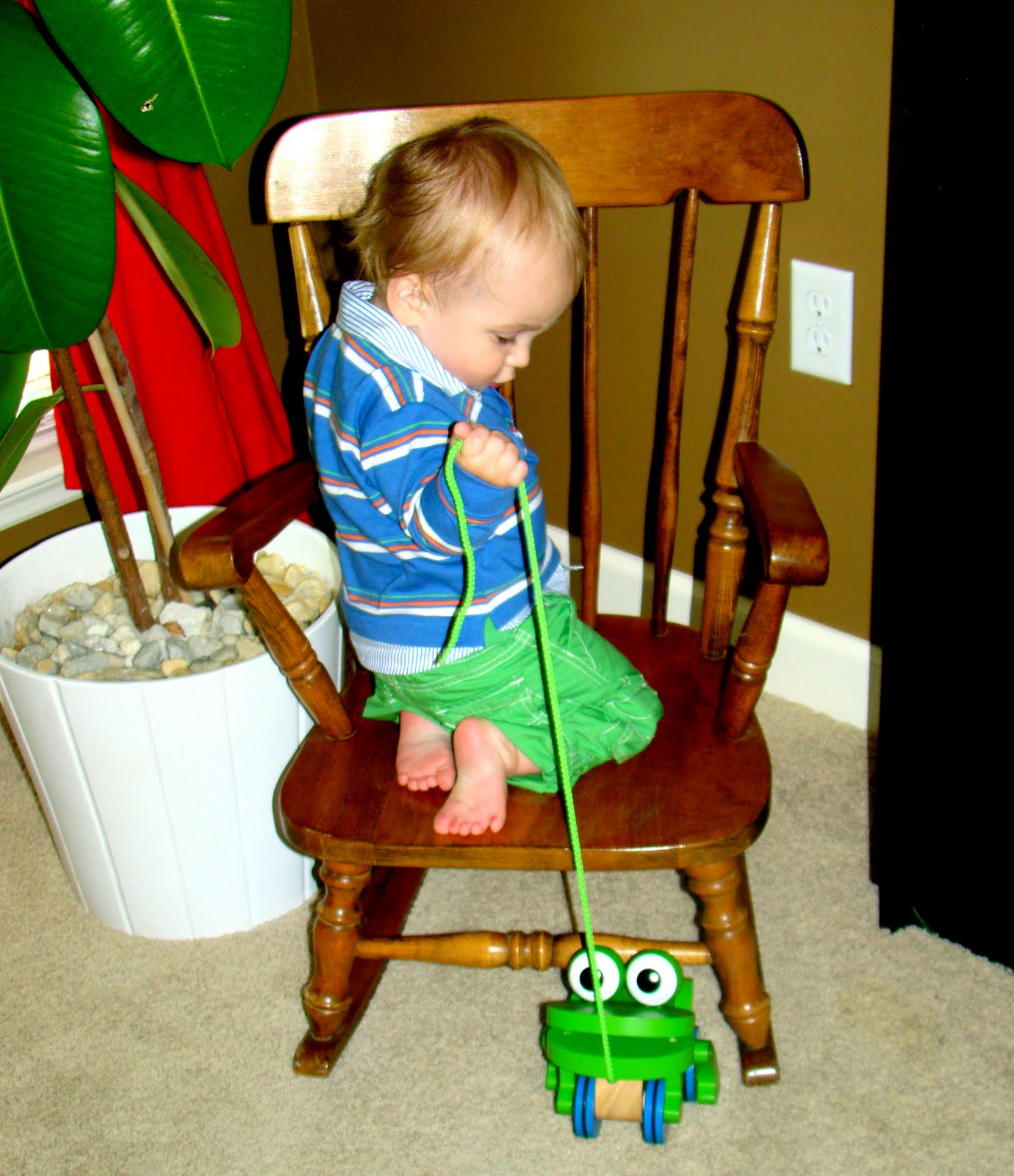 I don’t like blogging about an issue until I have a solution. I am a beginning-middle-and end type of writer and it’s hard for me to have a conclusion when there isn’t one! However, I have realized that our Sunday routine will take a long time to perfect so why not go ahead and share? I know other moms have talked to me about how we manage Sundays and maybe some of this will be helpful! 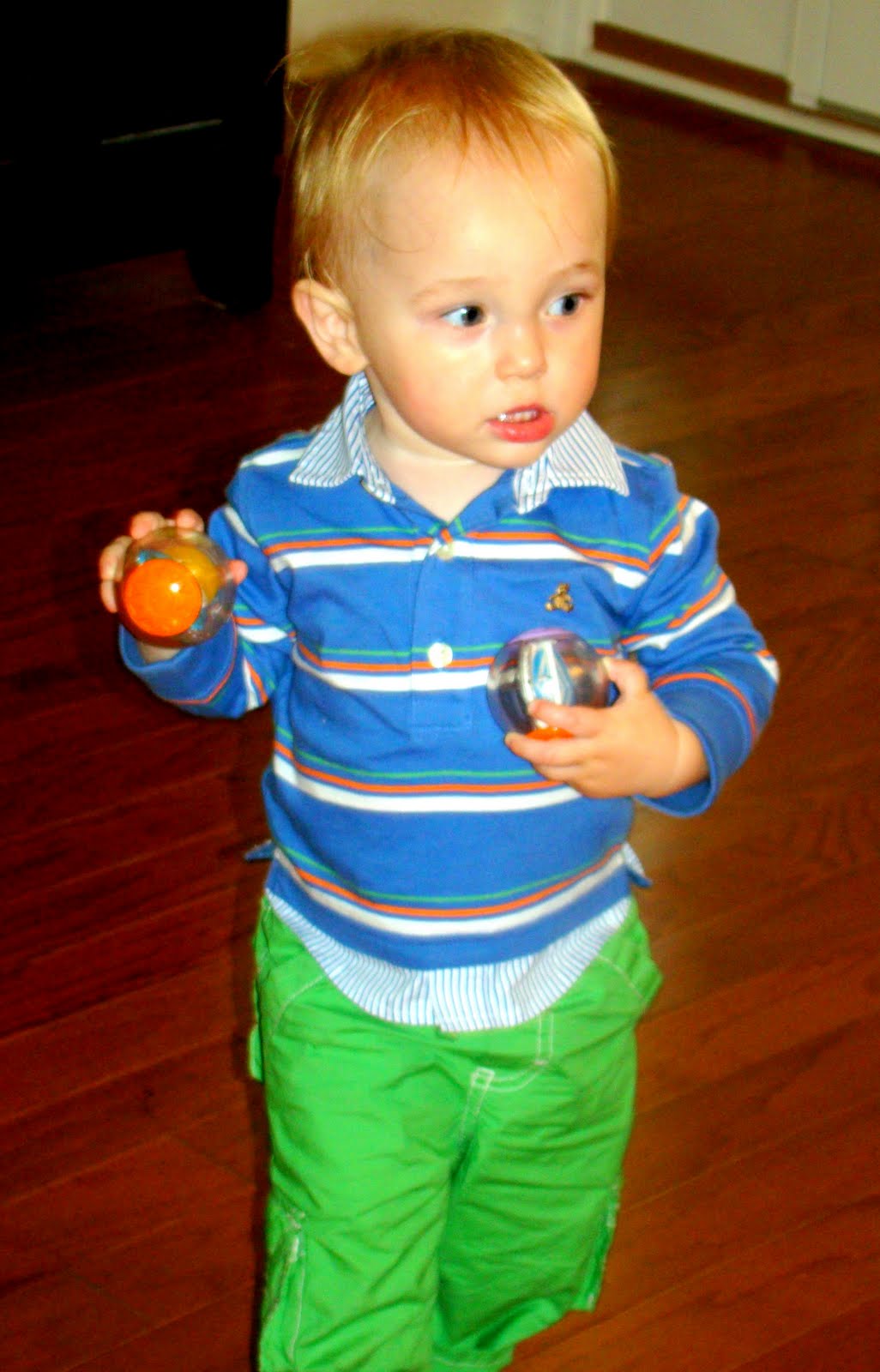 One of my few regrets in parenting (other than that danggg paci…grrr…) is that we put Kye’s schedule before God for a long time. Babywise

does NOT say to revolve your life around your child’s schedule (the series actually encourages church-going and prayer). The babywise blog lady has 3 kids and goes to the type of church that lasts like 5 hours or something but she doesn’t miss and she’s way more hardcore Babywise than I’ll ever be! As a new parent though it was so so hard to make my baby skip a nap or go to bed late. I felt guilt over it. 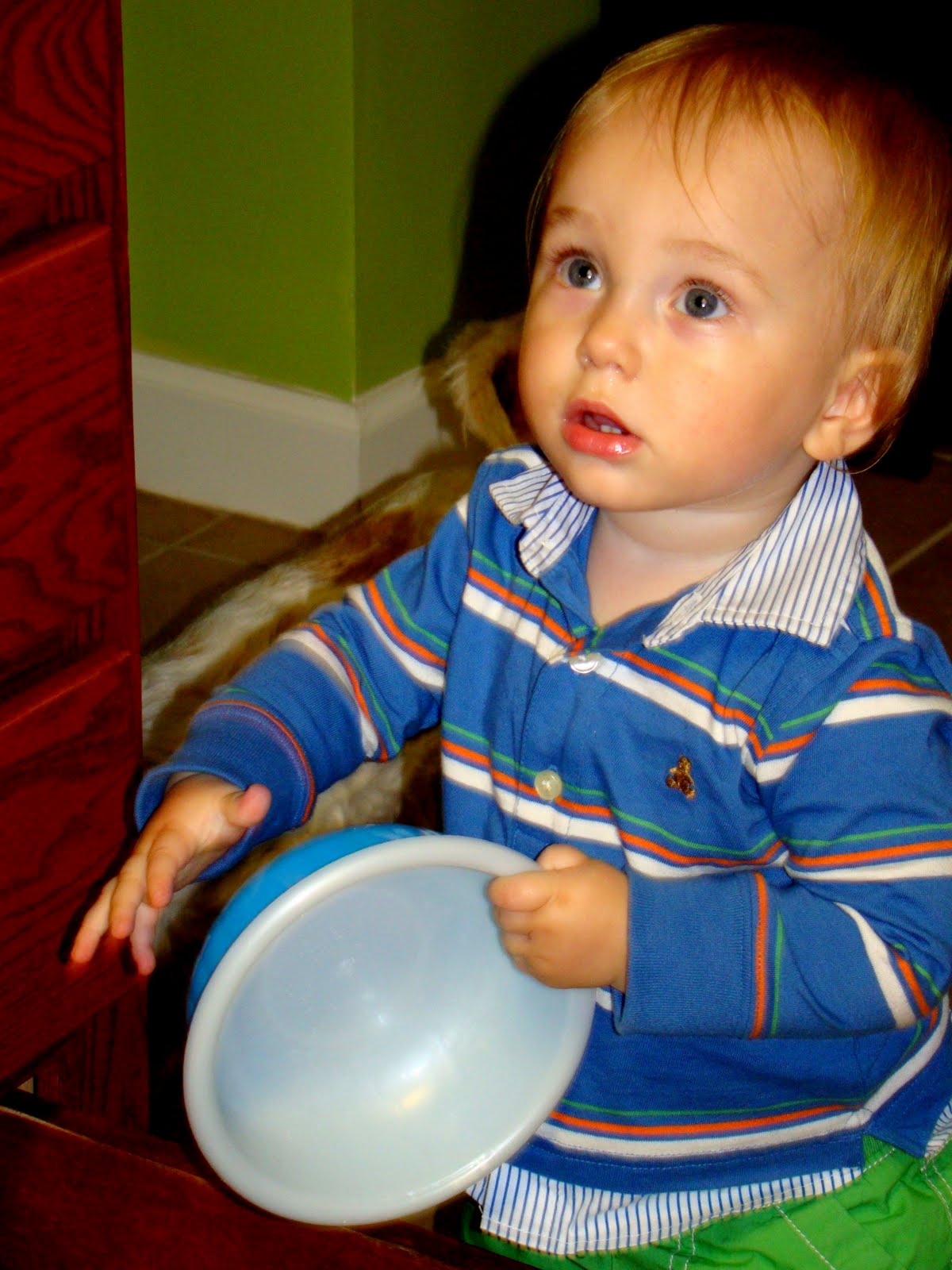 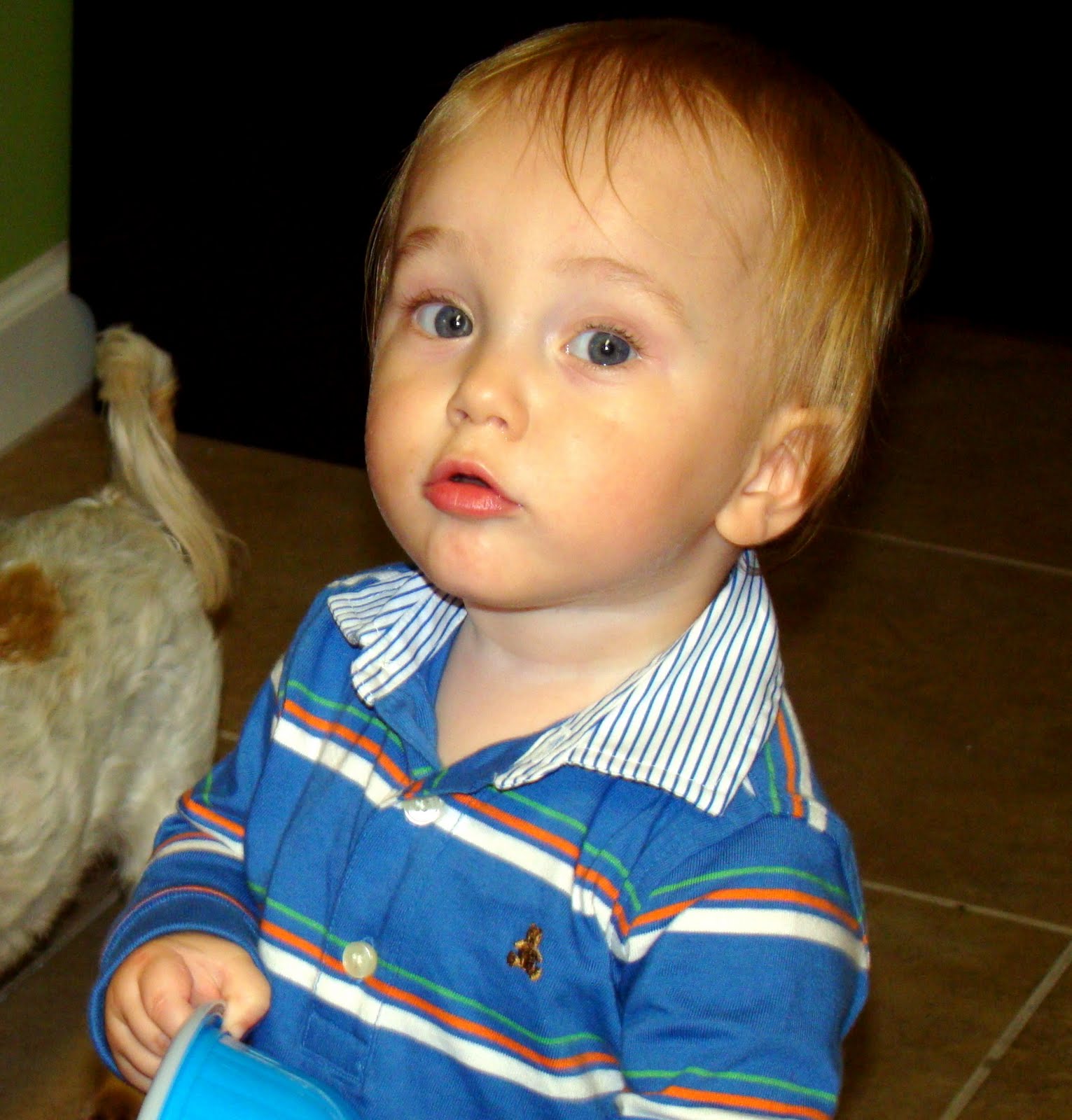 We did really well with getting back in the routine of going to Sunday morning church services pretty quickly after Kye was born. I think he was around 2 weeks old when we first started going? Of course back then I remember having him nap in his car seat and giving him a bottle of breast milk for his feeding then rushing home to pump. We struggled though with going to Bible Study on Sunday mornings, Sunday night church, and Wednesday night Bible Study. It’s just tough as class starts at 9:30 Sunday mornings with church at 10:30 and Kye’s morning nap has always been during that time. Then Sunday night church starts at 6 which is right when Kye is supposed to eat and we don’t get home until after 7. Wednesday night was the last thing we were able to start doing as it doesn’t even start until 7 and we don’t get home until around 8:30! 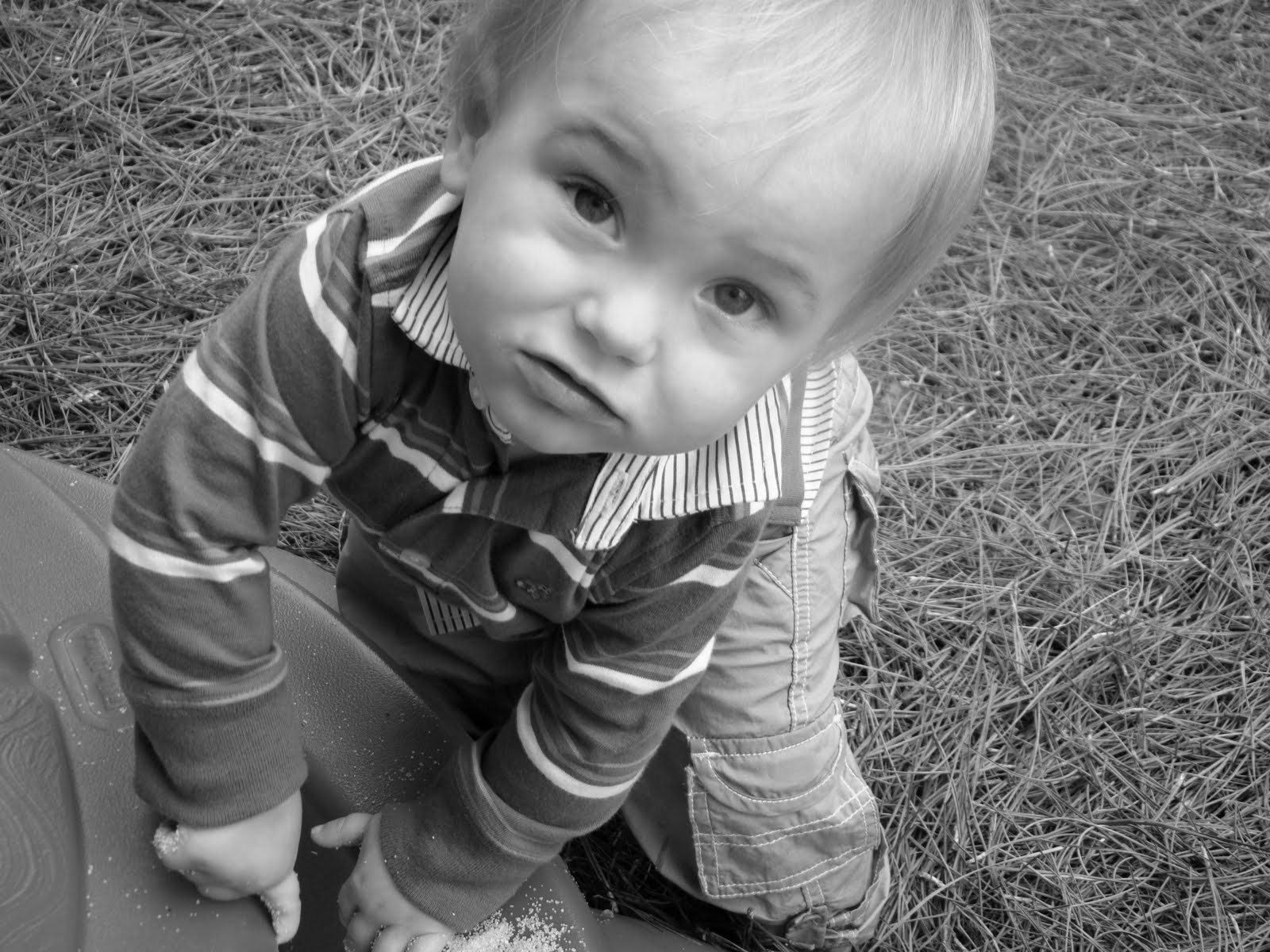 We do a lotta church so that’s a lot of confusion for the kid’s schedule…you can see how we rationalized ourselves into thinking we couldn’t handle it. I regret it though as GOD comes first and by serving Him then I know that everything with the schedule and all would still work out somehow. Kye will survive it!

our family after church

(yes we do sometimes like to coordinate our outfits on purpose…and Zach is the one that really initiates it!) 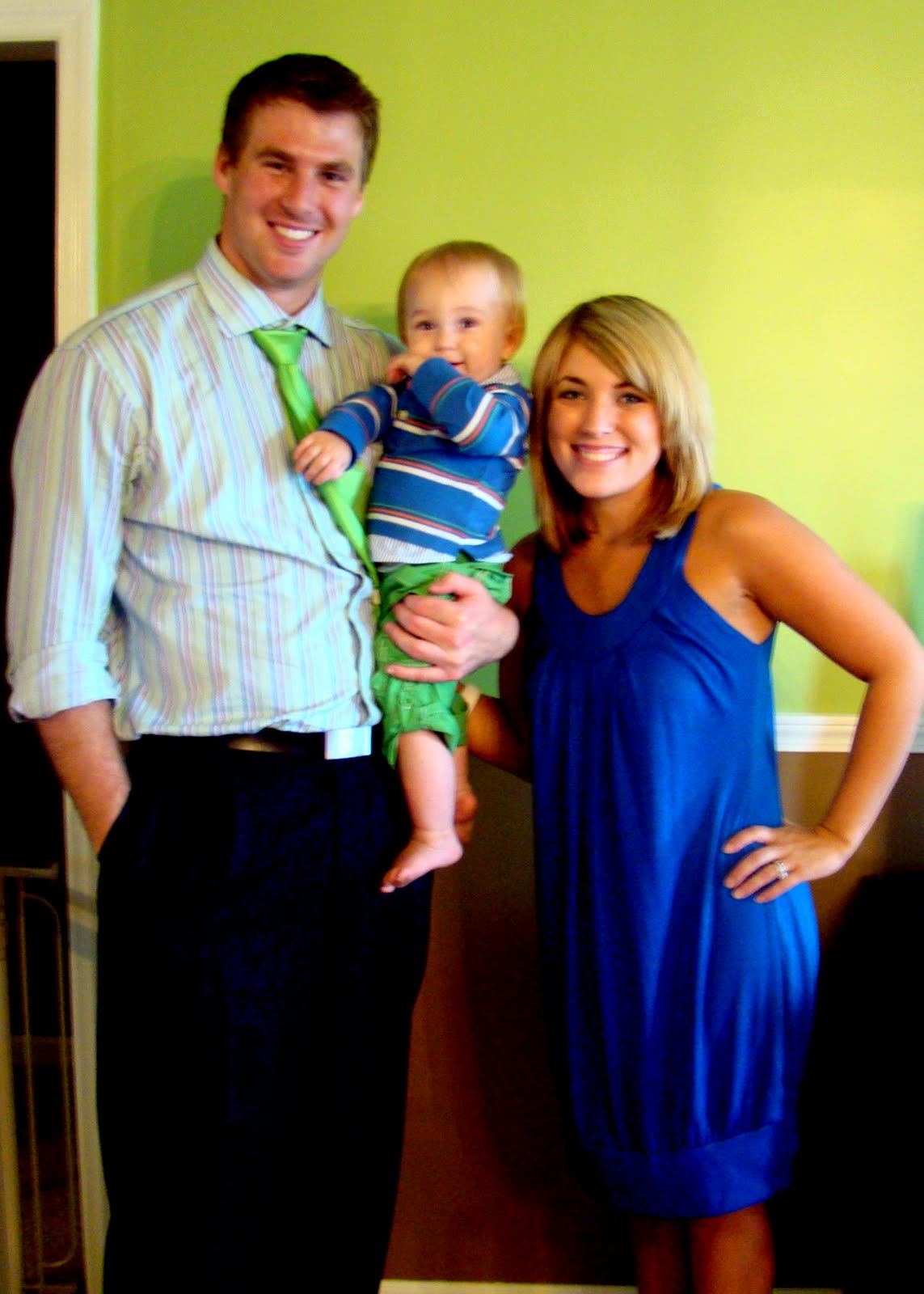 The day came when Zach and I realized we needed to get back on track with our church life as it’s so important to us. We had a big talk about it and decided that we would handle Wednesday nights by skipping Kye’s bath that night and getting him ready for bed after class then letting him fall asleep in the car on the way home. We decided that it would be the only night of the week that he would skip his bath and the only night of the week that he’d go to bed later than his bedtime. We knew that meant being more hardcore about getting home on time from visiting with friends and family but God comes first and Kye’s schedule comes second 🙂 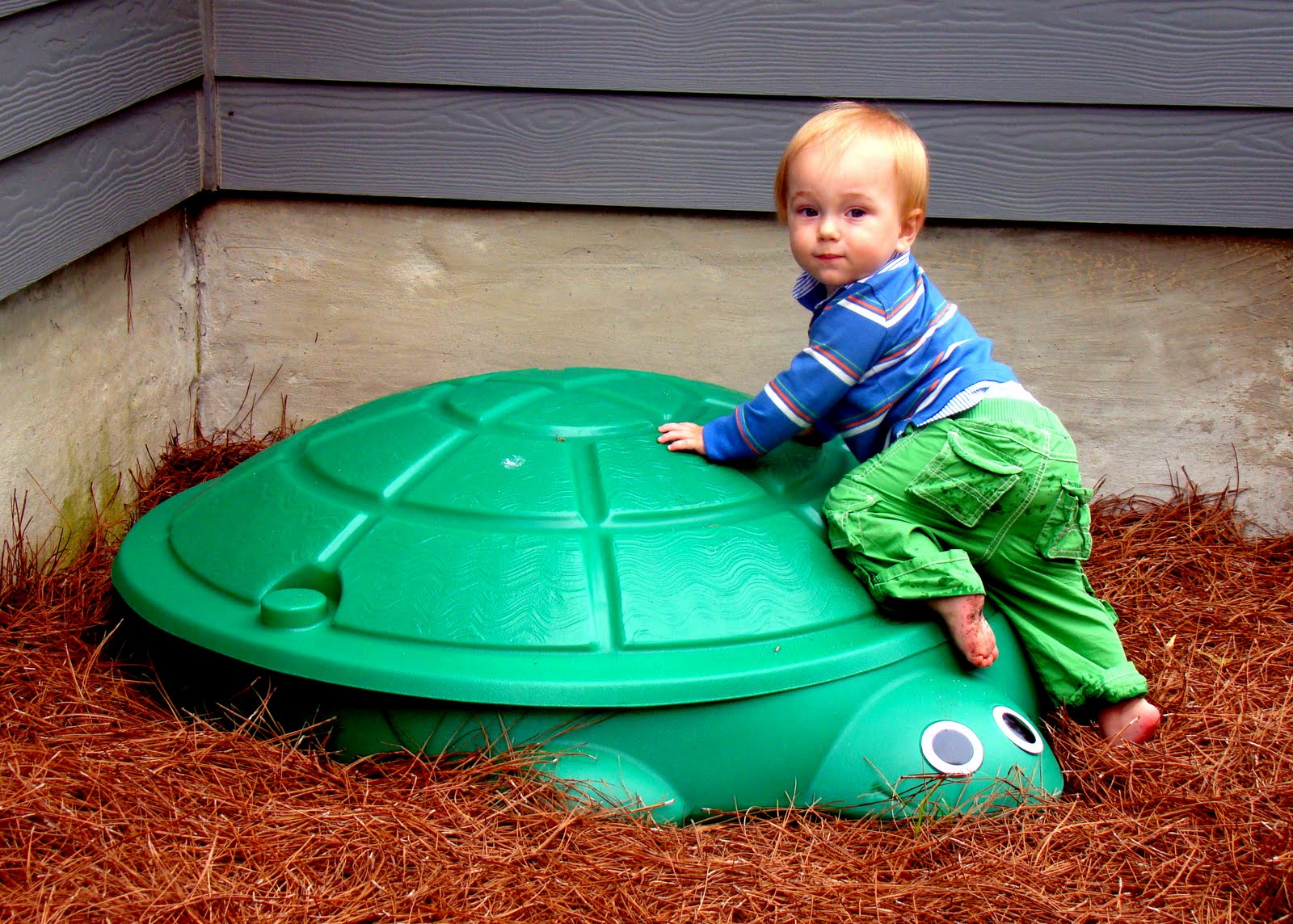 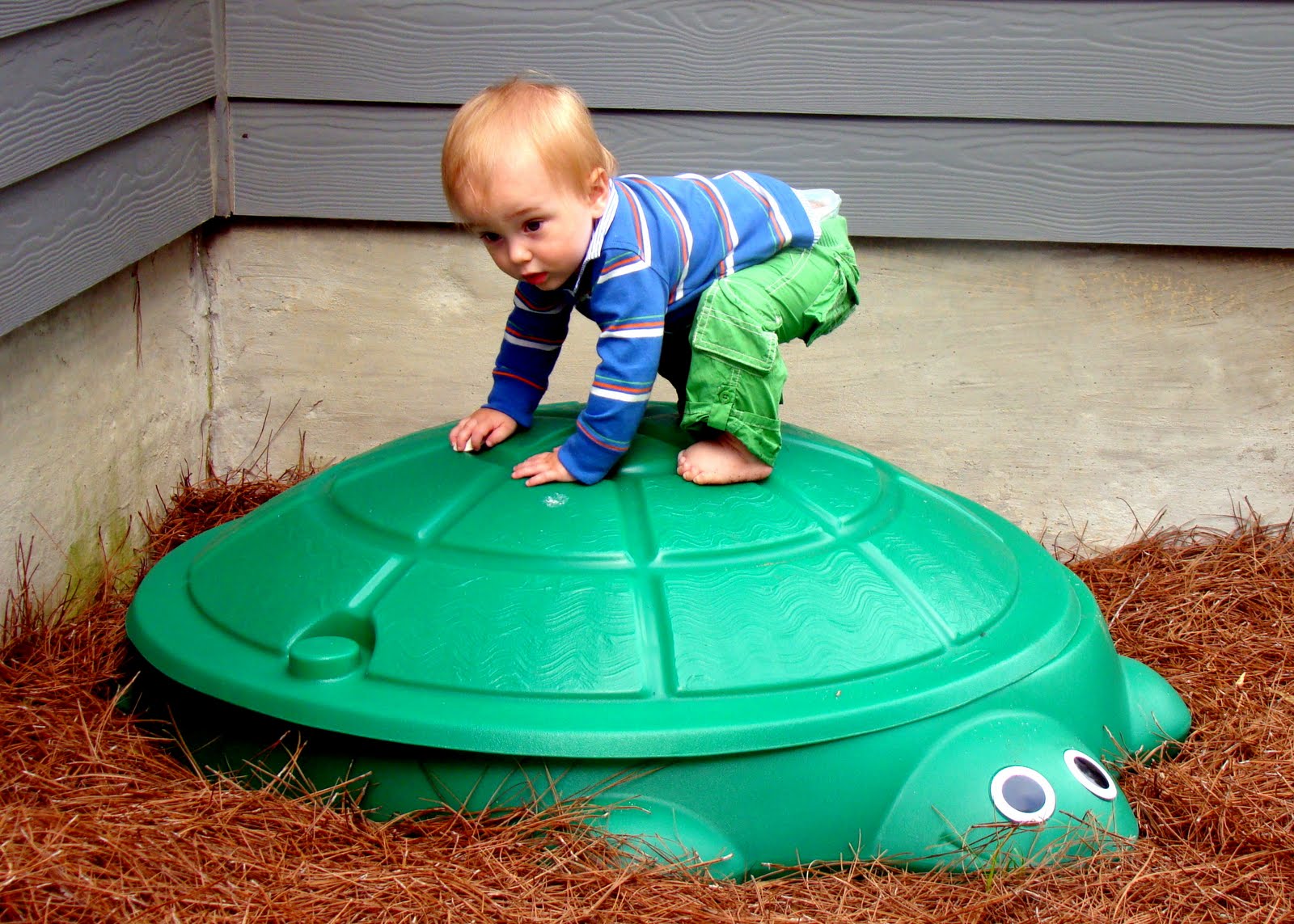 Here is how we handle Sundays as they really are the toughest day of the week. We get up the same time (7:15) and we used to put him down mega early for his nap (like at 8:15) then get him up at 9:10, get him dressed and head to class. Recently we decided to have him skip the morning nap (as now he doesn’t go down until 9:40 so putting him down at 8:15 is kinda impossible!) and just have him be sleepy through church. He goes to a Bible Class with kids his age and we are so blessed that he has awesome teachers who do so great with him! He enjoys it and it’s critical to build this foundation for him and for him to grow up with friends from church. 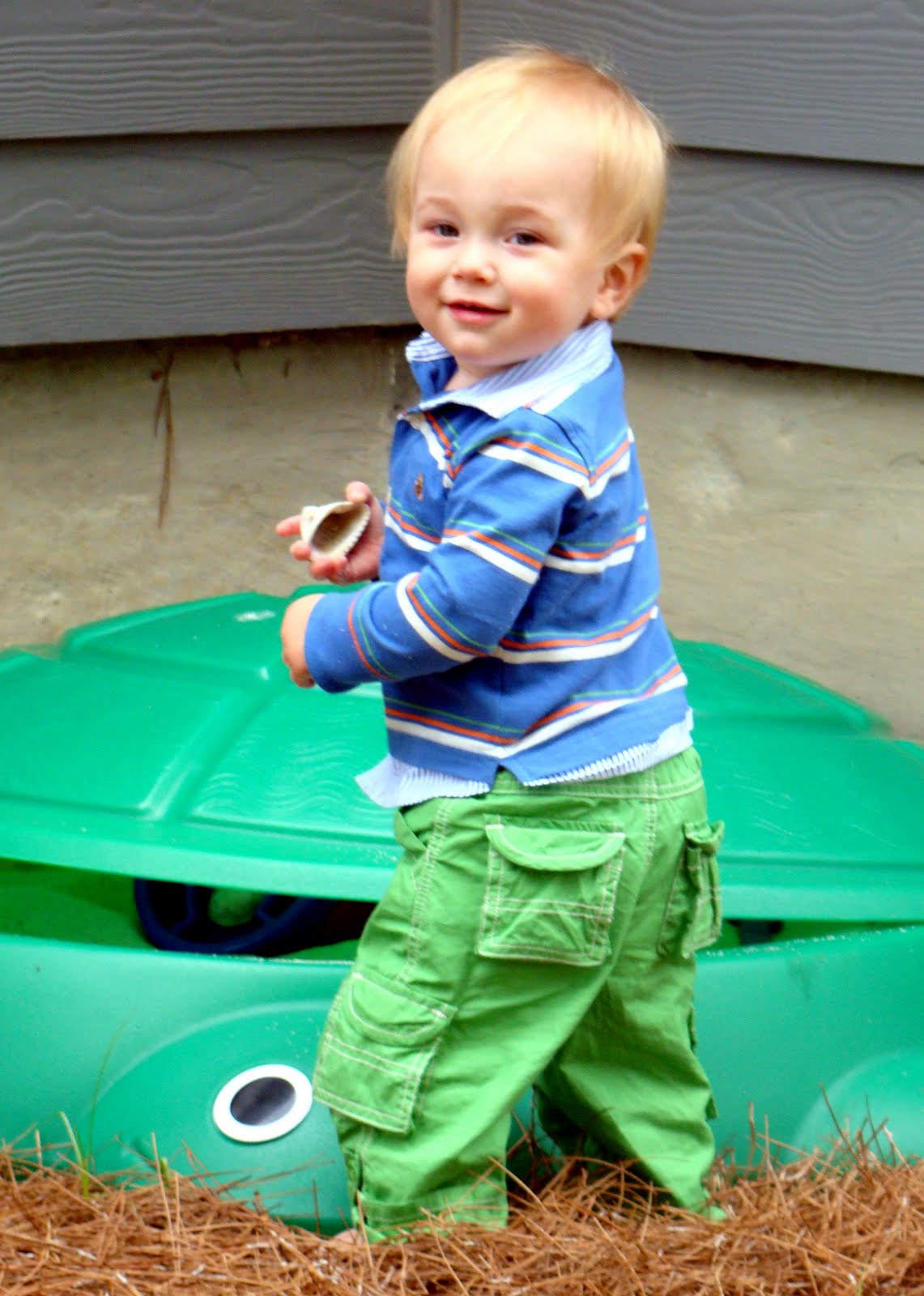 Church starts at 10:30 which is usually still his nap time so he’s typically pretty hyper (as my child gets hyper when tired…I think it’s a boy thing). We do NOT do a paci during church services and we also don’t put him in a nursery. We feel it’s very important for him to learn how to behave during worship and want him to be part of the worship with us (and so often nursery is just playing with toys and moms having a social hour instead of participating in the services ya know?). He eats at 11:00 and I pack him his milk sippy and easy church lunch type foods. When he was on baby food it was sooo annoying as Zach would have to take him out and feed him in a high chair and he’d miss the lesson! Yuck! Now we feed him finger type lunch foods and he eats in the pew with us. Zach has to take him out quite often. Not really for misbehaving but more because he either tries to run or is just being loud (he’s had to be taken out for being vocal since the beginning!). Zach will take him out (it’s easier for Daddy to do it because he sits on the end of the pew and doesn’t wear heals), wait for him to calm down, then bring him back in. 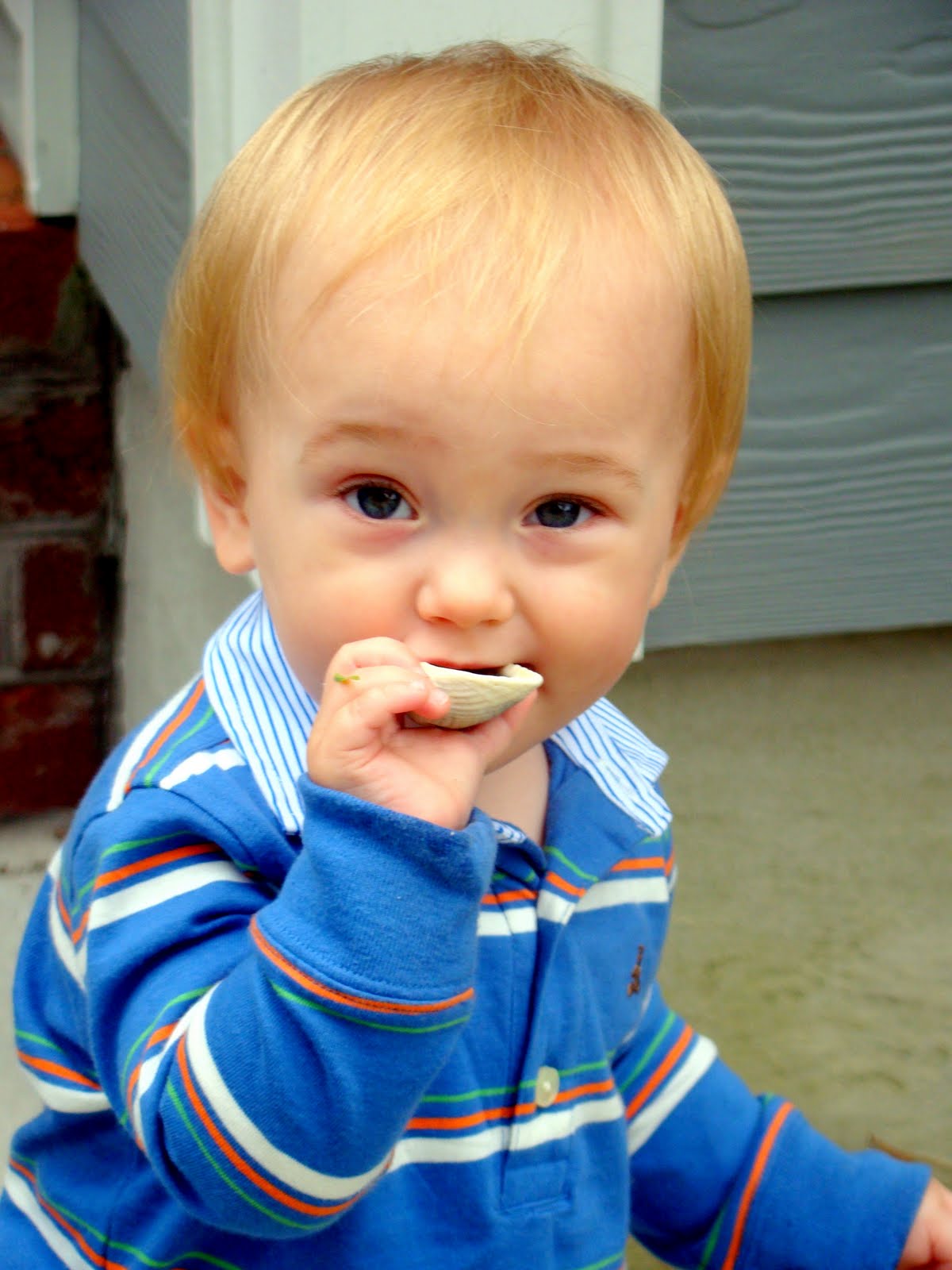 We get home around noon and still don’t put him down for his nap until at least 12:45 but he typically takes a longer afternoon nap because he’s just sooo tired. Then we leave again at 5:30 to go back for night church and we pack easy finger type foods for dinner for him. We often have to leave right at the end of services and not stay for the closing prayer because it’s important to get him in his bath and in bed on time since Wednesdays are so late. He behaves very well for Sunday night services because he’s being fed the entire time. 🙂 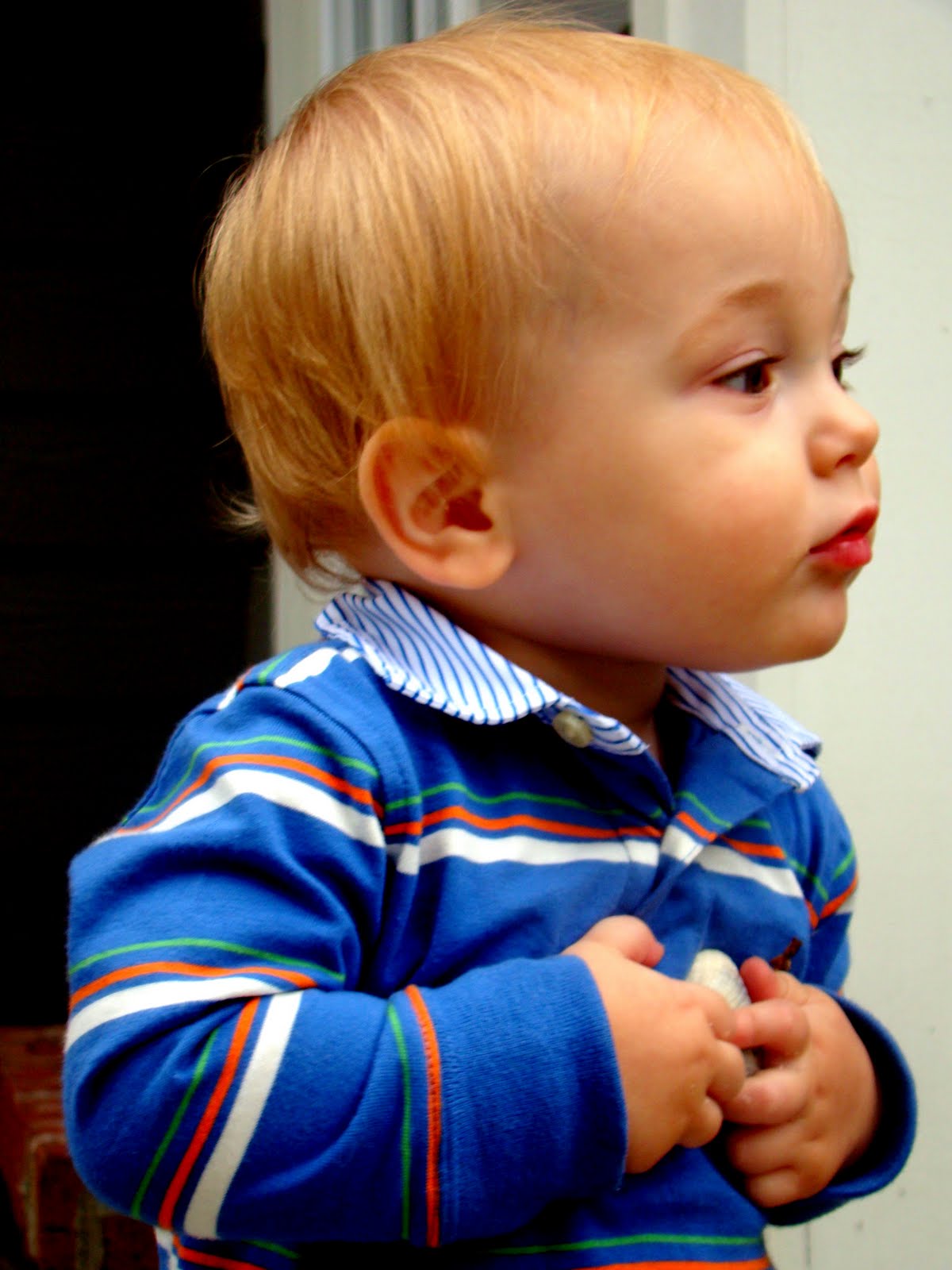 Wednesdays typically go how I mentioned earlier. We eat at home at 6:00 and head up to church by 6:40. We do give his teachers his paci in case he needs it as it’s difficult keeping him up and happy so late after he’s supposed to be in bed for the night. With it being summer he does not fall asleep in the car anymore (too bright outside) but we still put him in his pjs and let him have his monkey and paci on the way home. He doesn’t actually get to bed until 8:30-8:45 and often Thursdays will be a little rough because he didn’t get enough sleep the night before. Typically he’ll catch back up by sleeping late for his afternoon nap though 🙂 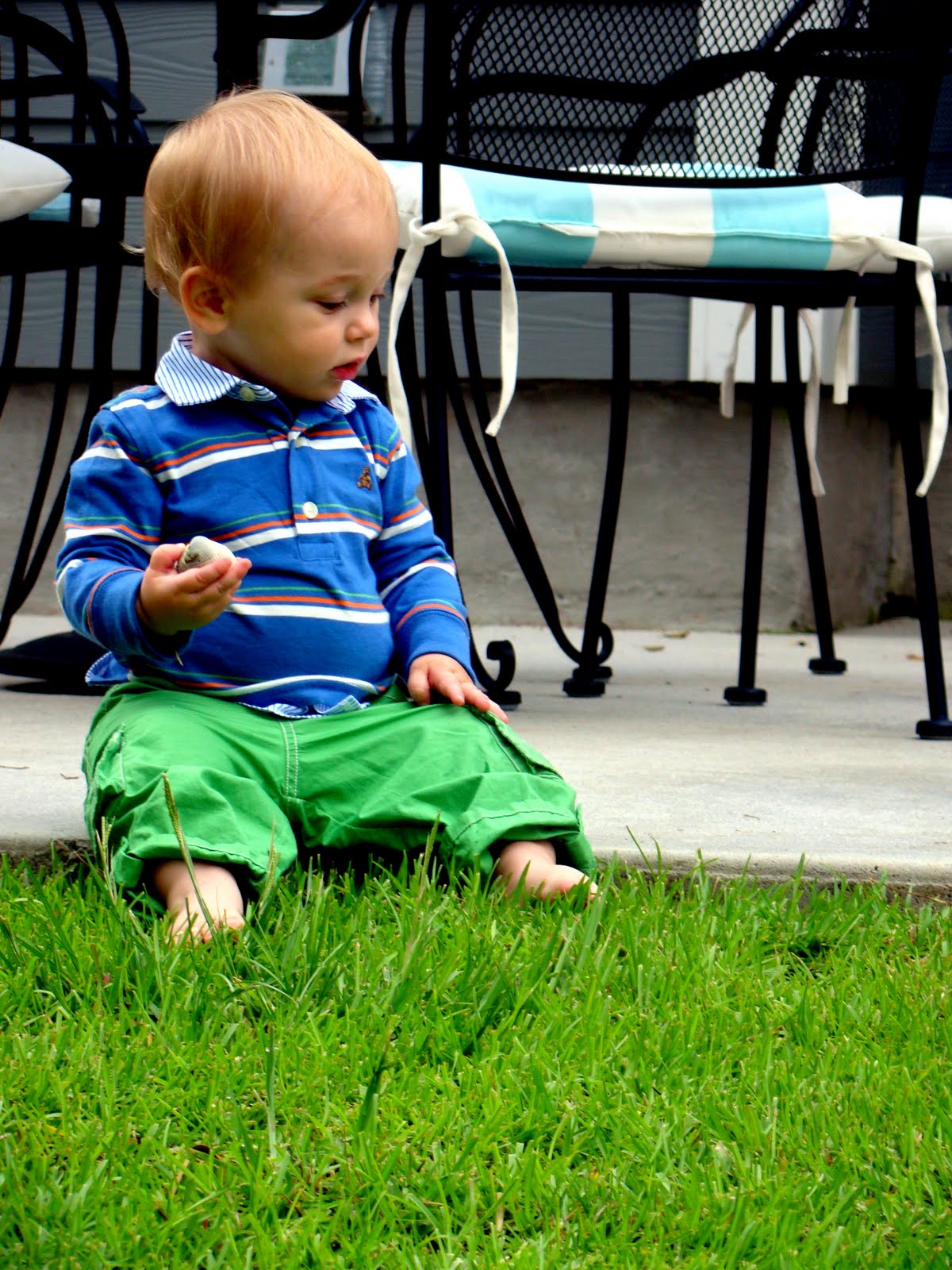 I’m also learning what toys are good to bring to church to keep Kye busy. Now that he enjoys scribbling we bought a clipboard and drawing paper and pack some crayons. We also bought a mini magnadoodle

, books, soft photo album filled with pictures of all our family, and a toddler Bible. All of these things are quiet and tend to help distract him some. Of course lots of food and snacks help too! Any other suggestions for church toys??? 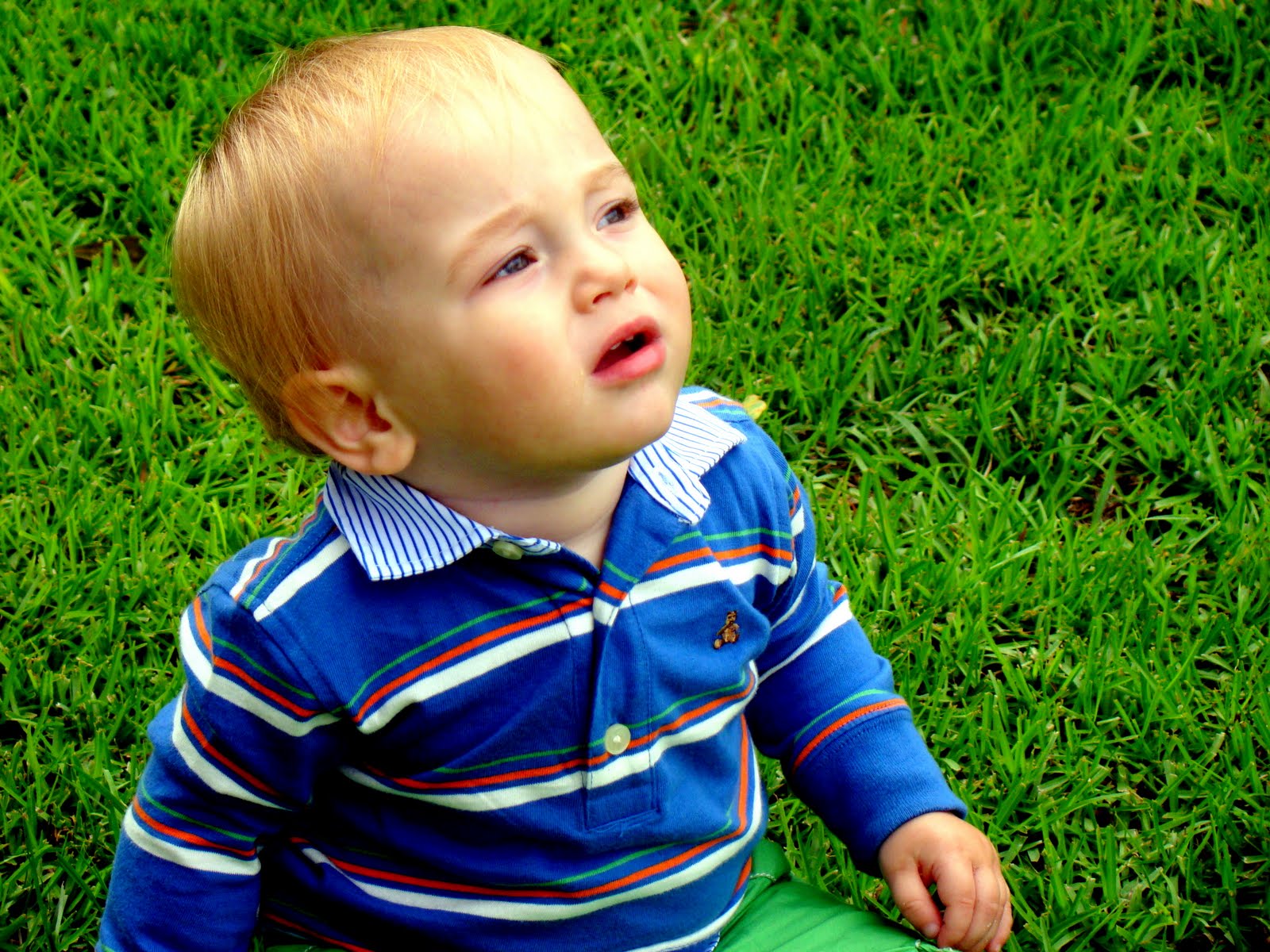 While I am VERY proud of how well Zach and I have done with Kye’s schedule and sticking to it I am disappointed that we weren’t able to be as strict about going to services as we needed to be. It’s our responsibility to make sure Kye gets to Heaven someday and I want to raise him to be a strong spiritual leader for his family. Plus we need to be serving the Lord and to be built up by our church family too!!! While I wish we would have been more hardcore about it sooner, I’m proud of us for doing it now and I know that we will do better with this when baby #2 comes along someday. Plus when we have another child Kye will be very involved in his classes and such and we will want to make sure he’s able to still be as active. So really we won’t have a choice…baby #2’s schedule will start revolving around church from the BEGINNING 🙂 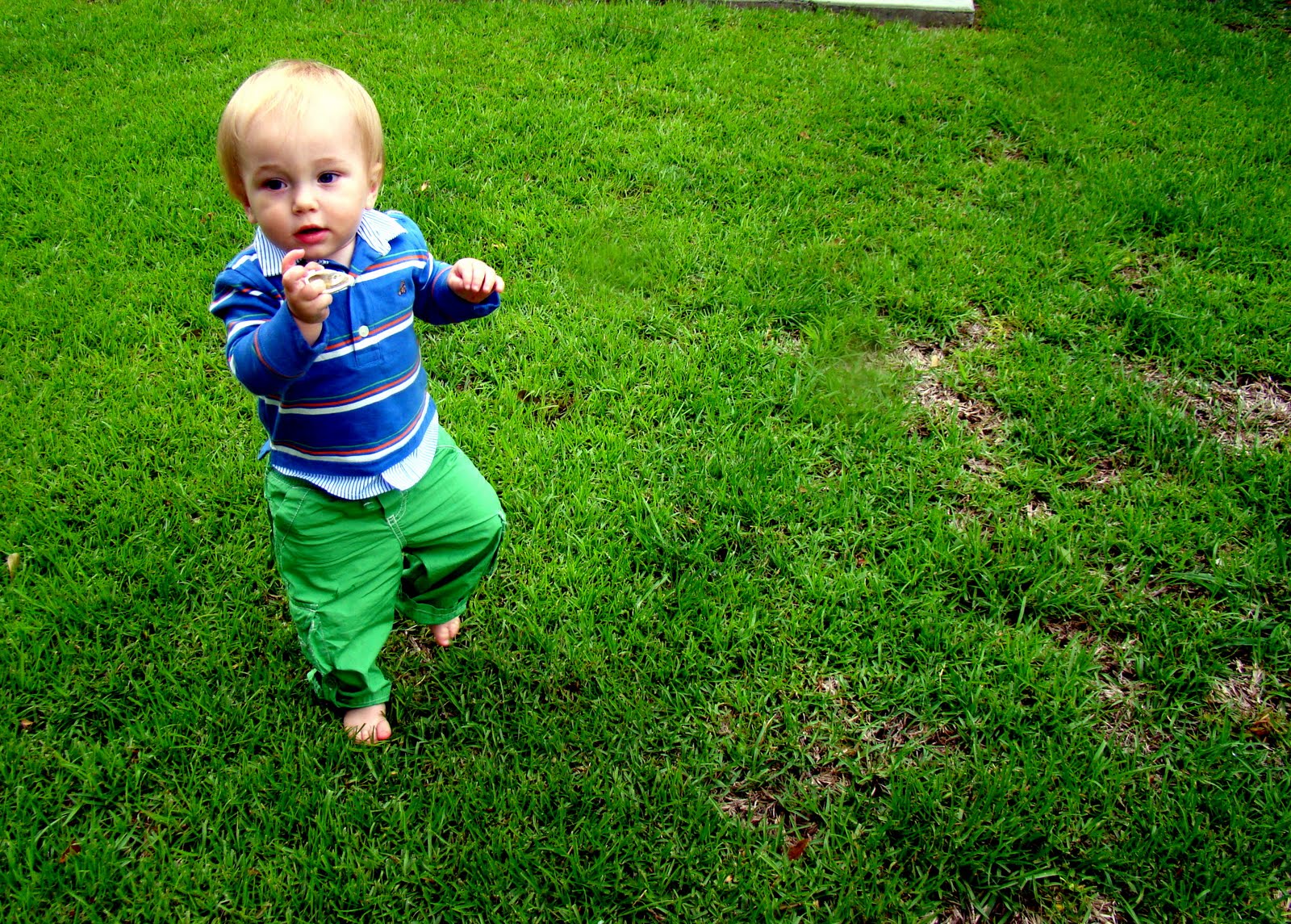