Thursday I was getting out of the shower (and applying my strict regimine of vitamin E oil, Palmer’s lotion, and Cocoa Butter) when Brandon and his girl friend Chrissy arrived! I rushed as fast as I could to go visit with them so I just threw on my t-shirt without a bra.

While sitting on the couch I noticed a wet spot on my shirt and thought it could have been from the dog so I asked Chrissy to smell it. She said it smelled like nothing so I figured it was water and ignored it. 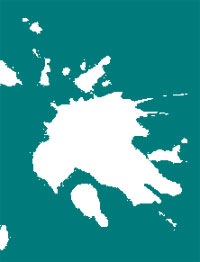 Friday night I was using Mom’s computer and took my bra off because it gets uncomfortable after sitting for a long time. I went along checking e-mails then looked down and noticed another wet spot on my shirt.

Then it hit me.

I am totally LEAKING!!! So gross! I tried squeezing some out but nothing happened, so I guess it’s just random leakage. And it’s only, so far, out of the right and not the left.

Mom gave me some cotton swab things to put in my bra and I wore that all day Saturday. Not the most comfortable thing in the world for sure!

On Sunday while outlet shopping we went into a maternity store and I got fitted again for a bra. My original size…34C is loooong looong gone. My latest bra was a 36D. She measured me at a 38DD and said that I needed to go ahead and buy a 38E (the largest size they sell in the store!!!). Can you believe that??? Crazy!

I went ahead and bought one nursing bra and two sleep nursing bras. She said that she recommends just buying some panty liners and cutting them then sticking them inside the bra rather than buying expensive nursing bra pads.

I really can’t believe that my milk is already coming in! It’s a blessing though because at least I know I’ll be able to breastfeed the baby (even if it is only out of the right breast for now).