Kye had his 8 year well check up on March 28th!

It fell on a Tuesday which meant Tess had to tag along because she doesn’t go to school on Tuesdays. I also had a couple of concerns about Britt so I wanted to bring her along too. I found out that if you have a dr note for a school absence that it’s completely excused. His appointment was at a tricky time of day (10!) so it was silly to take him to school only to turn around and come back and check him out and by the time we got out of there (after noon!) it would have been silly to take him back and check him in. So we skipped 😉 I have fond memories as a kid on “skip days” and it was a fun day with my crew!

We had a LONG wait but they broke it up and did pieces of the appointment as areas became available. I know locals complain about the waits at our office but y’all it’s worth it! The whole staff is phenomenal! 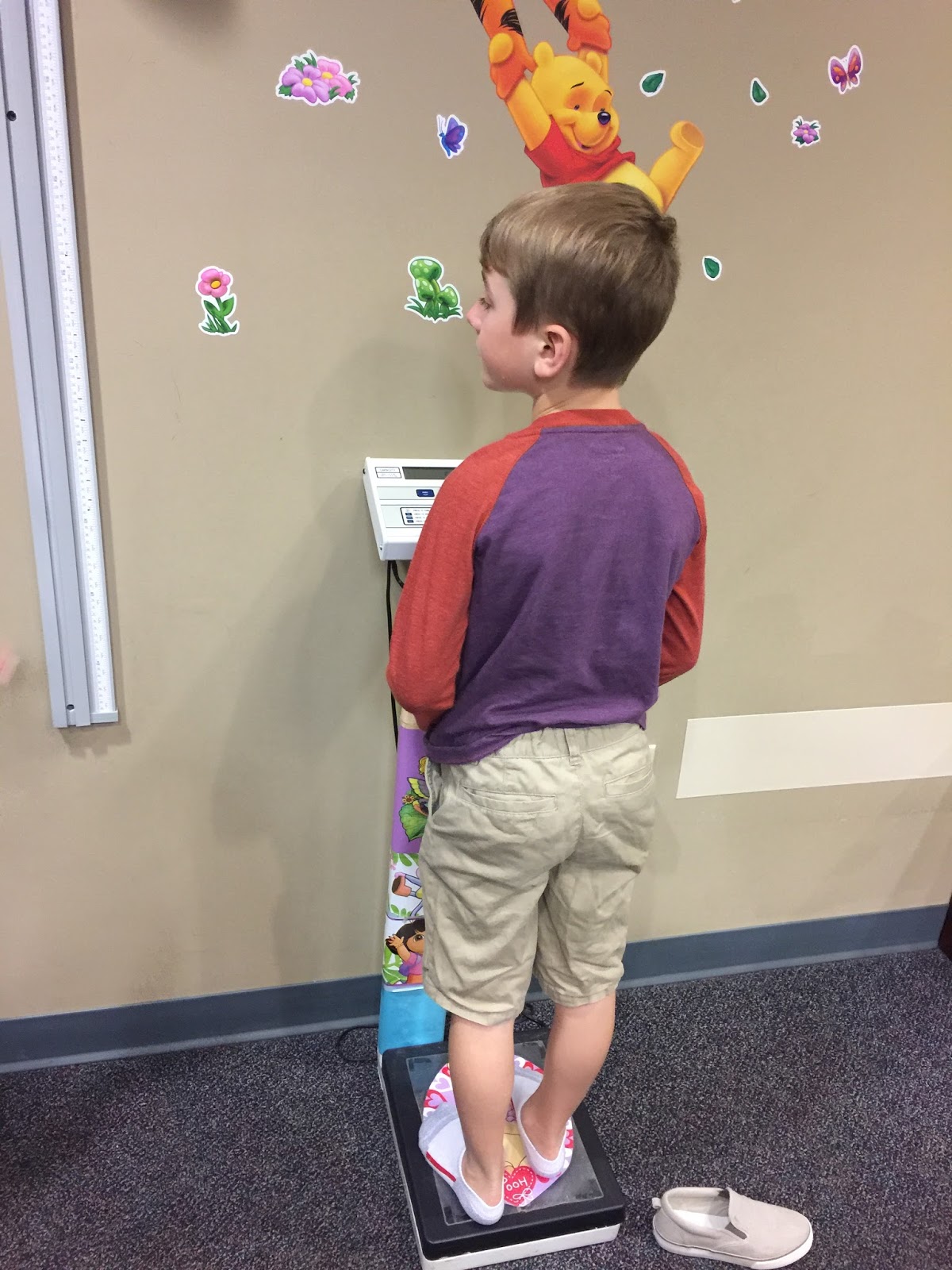 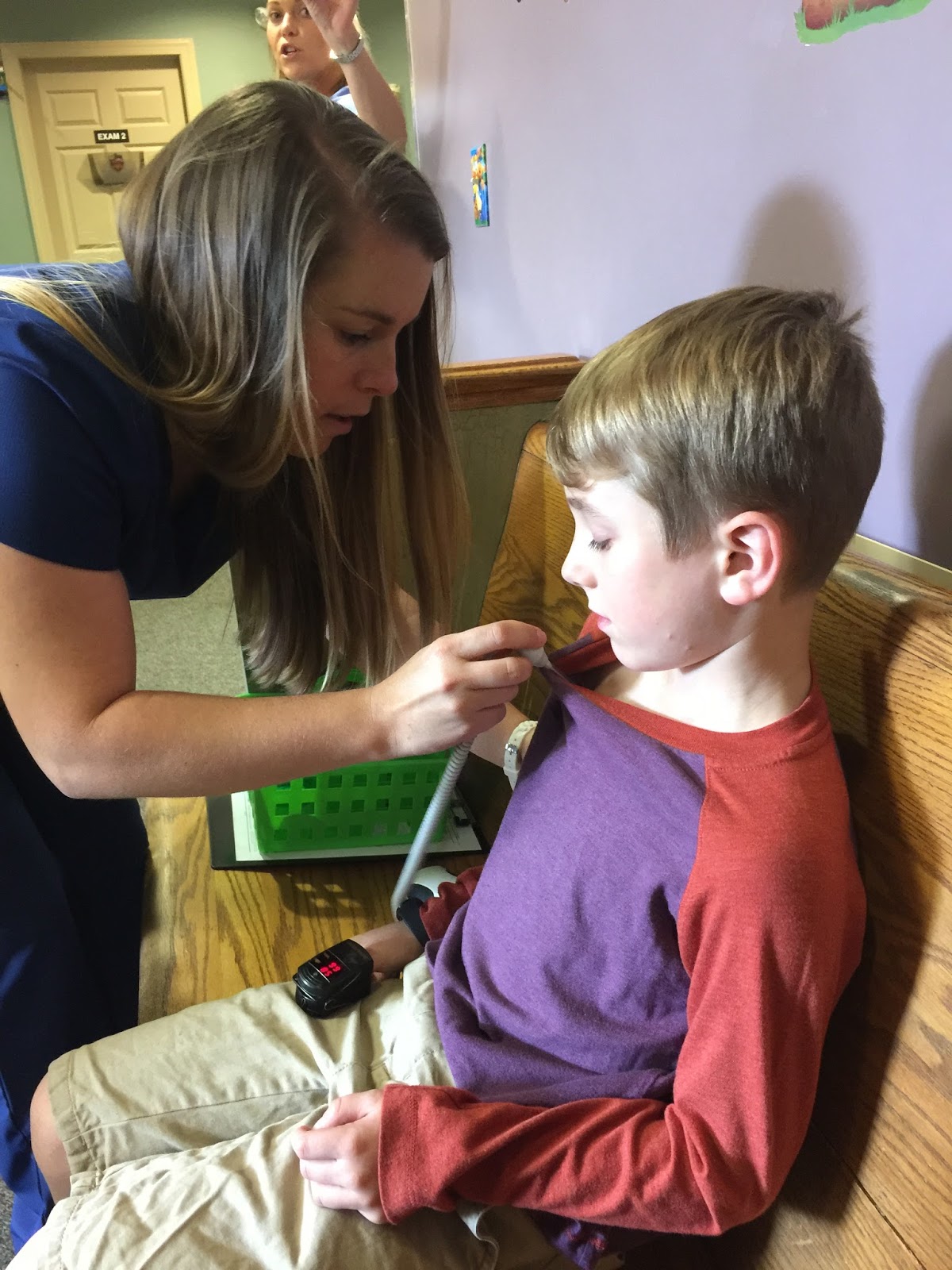 He had both a hearing and vision test 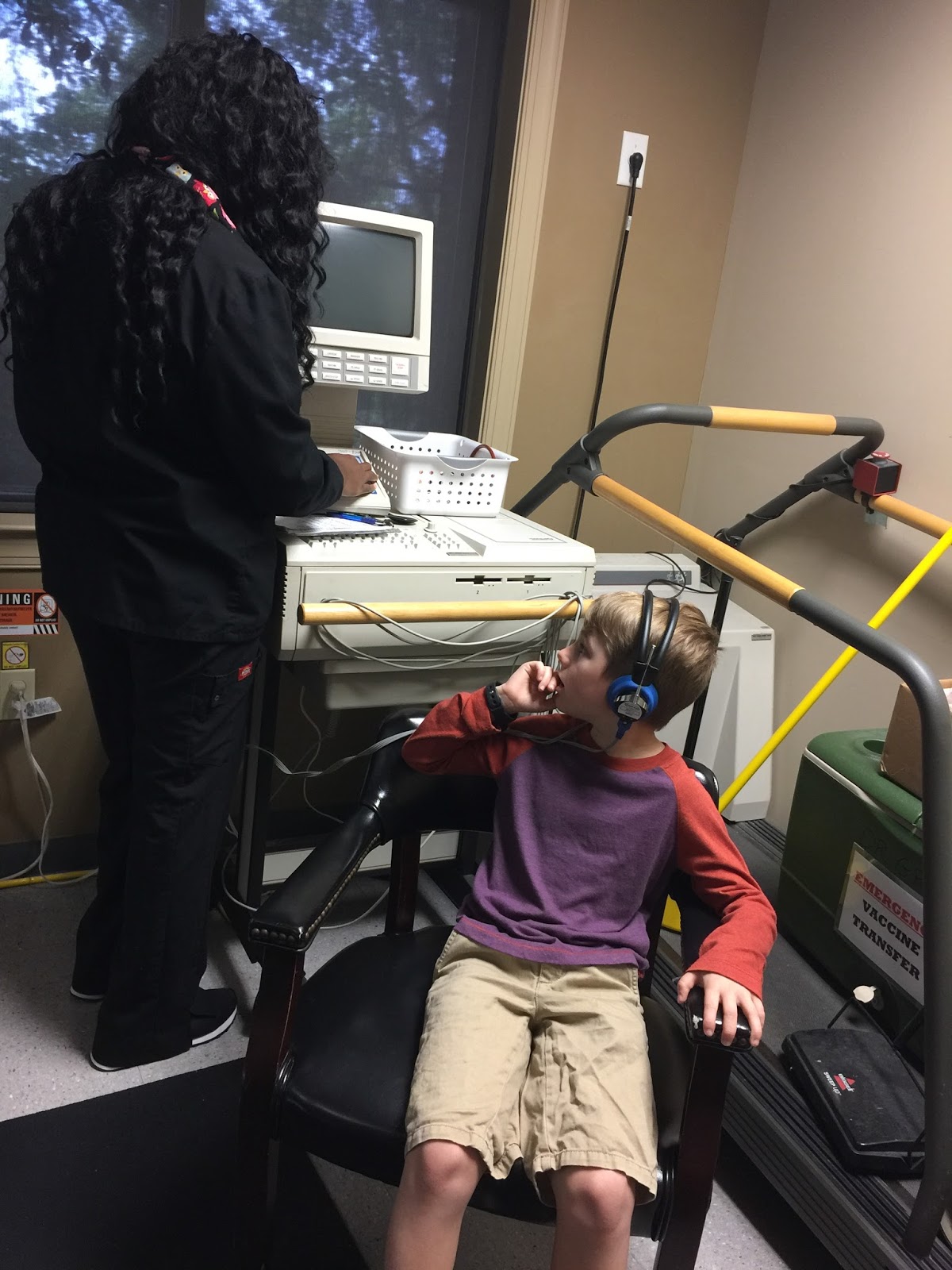 We made good use of the waiting room ha! Kye read through an entire handout about Heaven. Tess looked through animal magazines and all three kids took turns drawing on the back of a form. 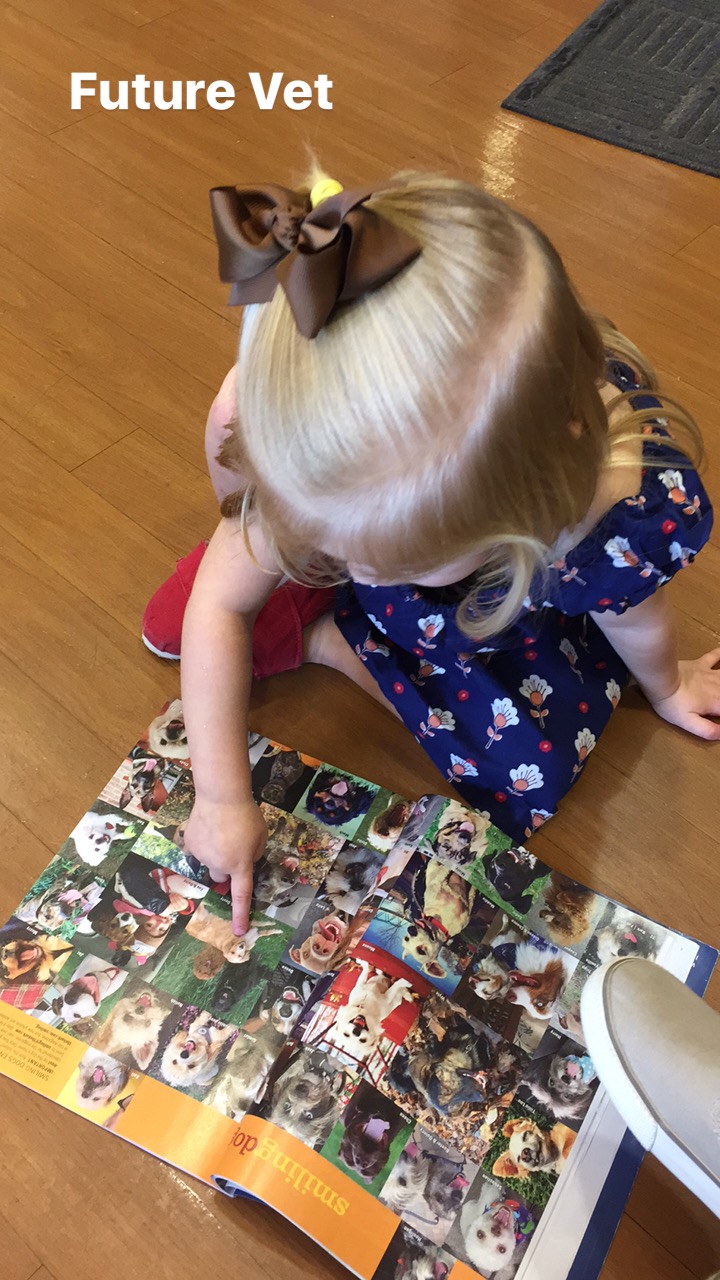 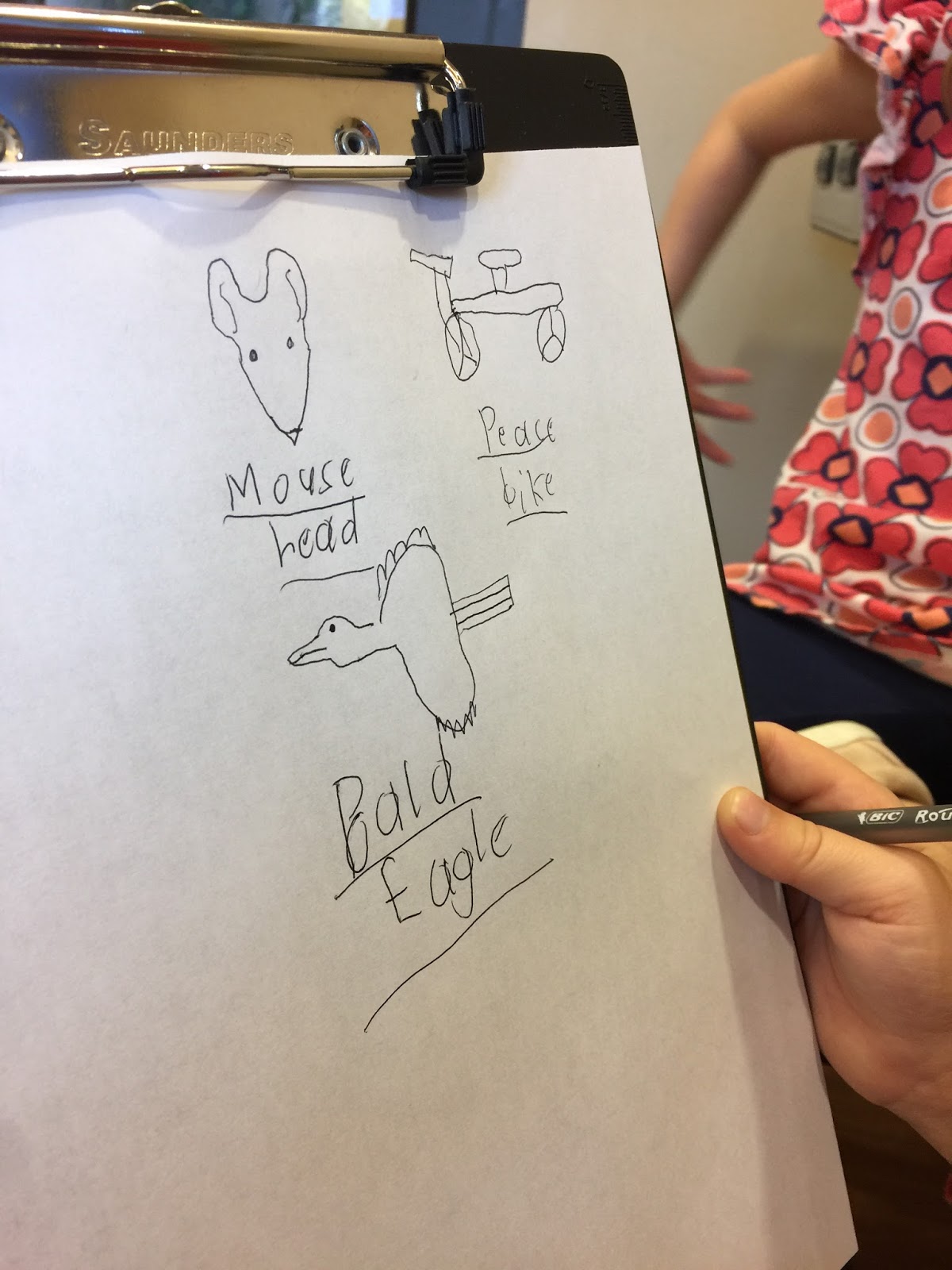 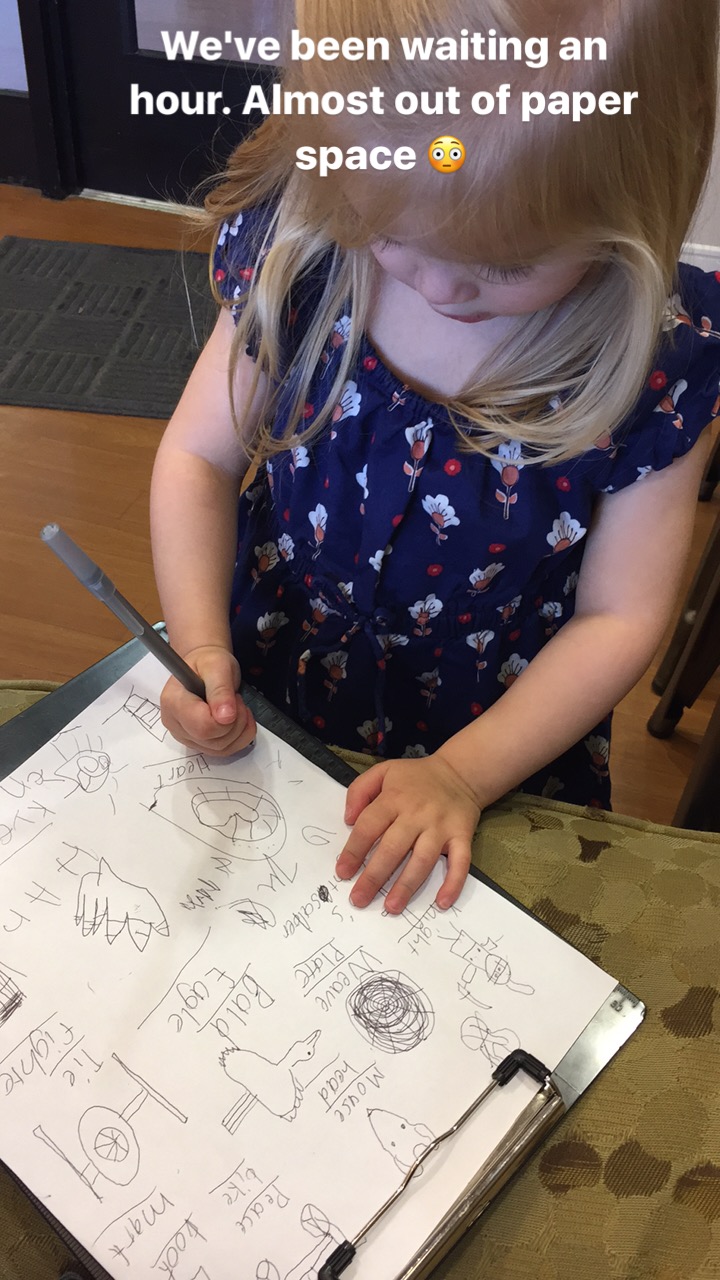 I always LOVE to see that 2 inches of growth a year. And even more so to see extra 😉 I did the height predictor for fun and it says he’ll be 5’11” at age 18.

Kye has mentioned feeling sweaty some at school so I wasn’t sure if we should start with deodorant. She said it’s not a must-do and that at this age his sweat probably isn’t the same as like teenager sweat. But that if we do want to that’s fine (we use an all natural deodorant which she agreed would be best).

My only real concern with Kye was with his Molluscum. Last summer we got a spot removed on the top of Kye’s head that they biopsied and it came back as Molluscum. Our dermatologist said it would eventually go away on it’s own and not to worry about it. Well. It’s slowly spread. He has a spot on his arm, two on his back, and three on his face. We also noticed a spot of it on Britt’s face which concerned me even more (no I’m not sexist but I mean a girl’s face????). I wanted to ask about it and our pediatrician recommended ZymaDerm. Y’all this stuff is like a miracle in a BOTTLE. We used it casually and within a couple days one of Kye’s spots on his face was GONE. Britt’s was GONE and all the others on Kye are reacting to it and slowly healing. If you are battling Molluscum then this is the stuff to try for SURE!!! She said it would take around 6 months probably to completely heal them. 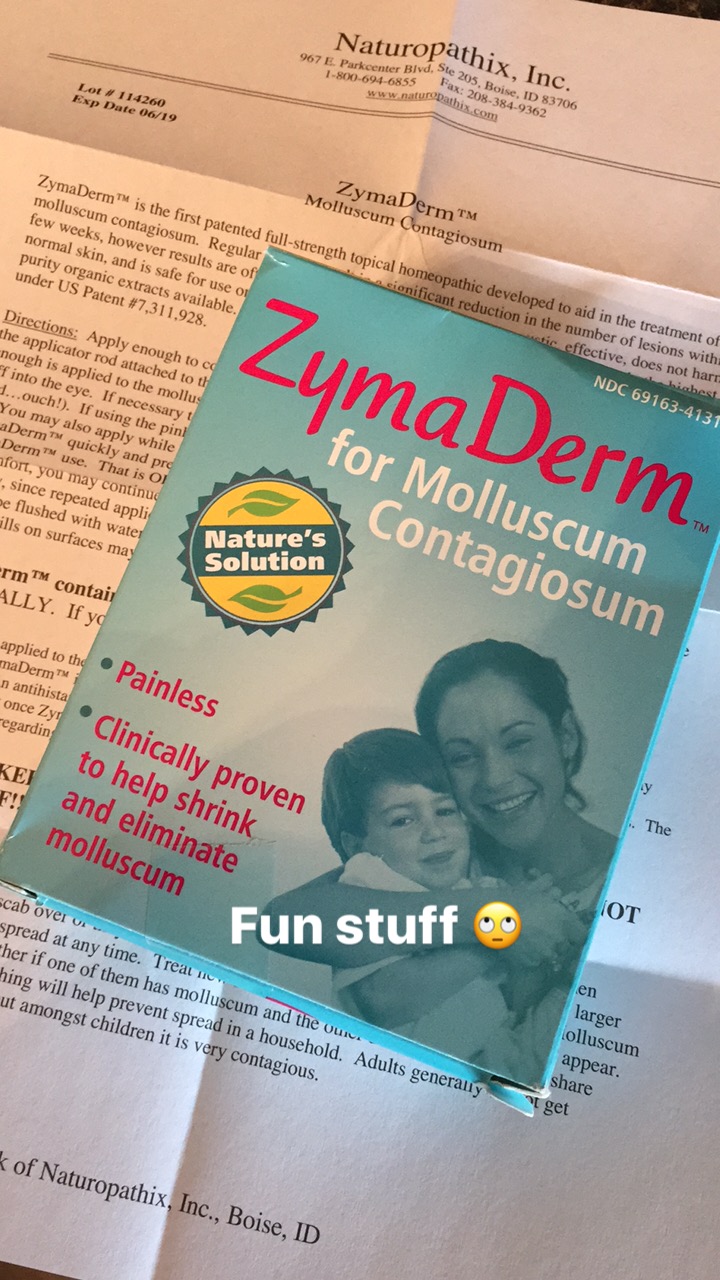 Kye checked out great! I did ask a couple of questions regarding the girls:

I asked about Tess’s cheeks and how they get red and she said Aquaphor is the way to go for that!

I also asked about Britt’s tongue. She has been having her mouth hang open a good bit lately and her tongue kinda hangs too. I wasn’t sure if maybe they had over-clipped her tongue when she was an infant or if she had tongue thrust or something going on. She checked her out and said she looks great and that she doesn’t see any cause for any concerns. For now we’re going to keep gently reminding to close her mouth and plan to ask the dentist in June!

I was really proud of ALL of the kids! Being there that long as the dr is no joke 🙂 But well worth it to hear how healthy our big boy is and they enjoyed ALL of the prizes they got spoiled with as well! 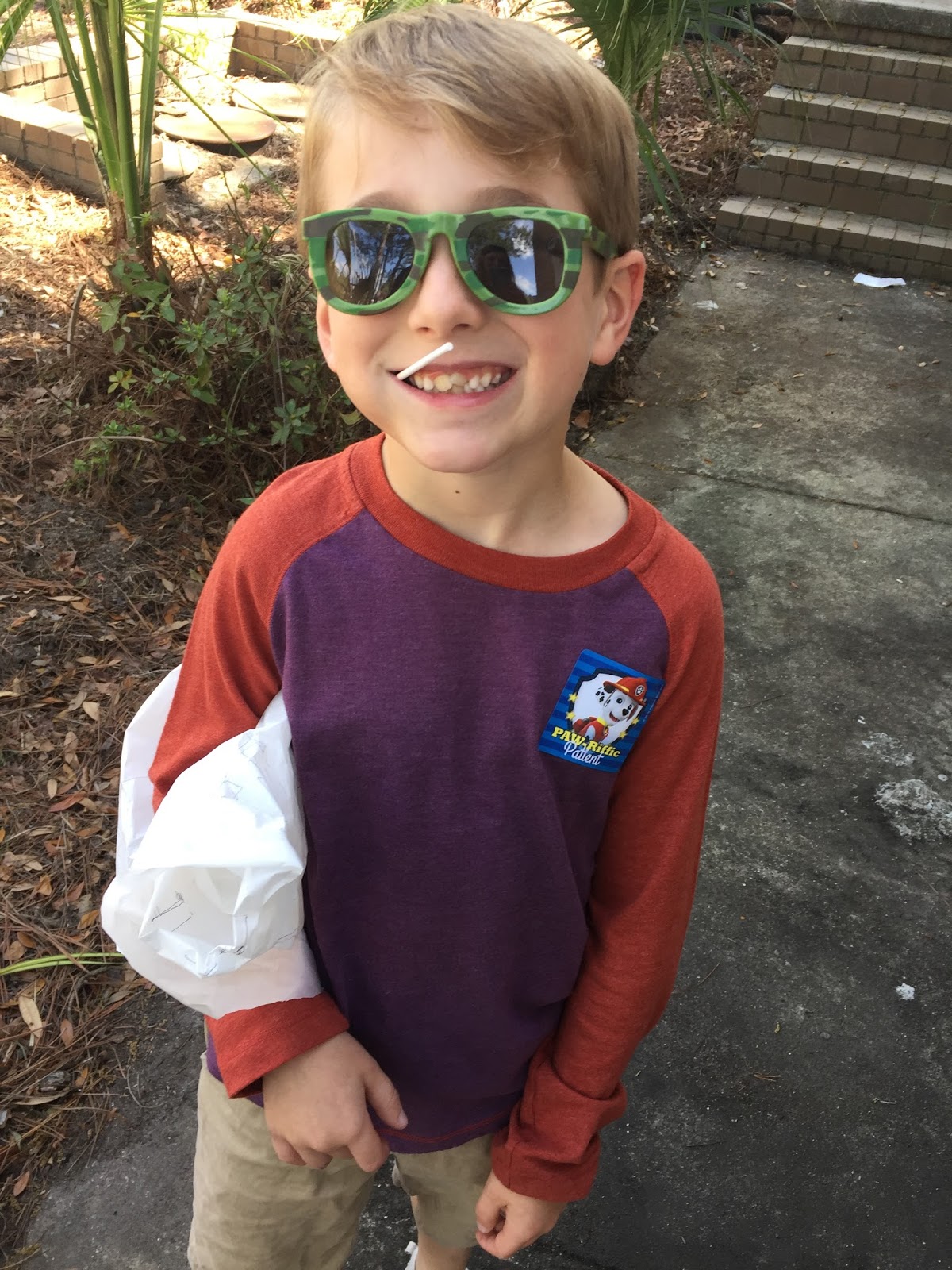 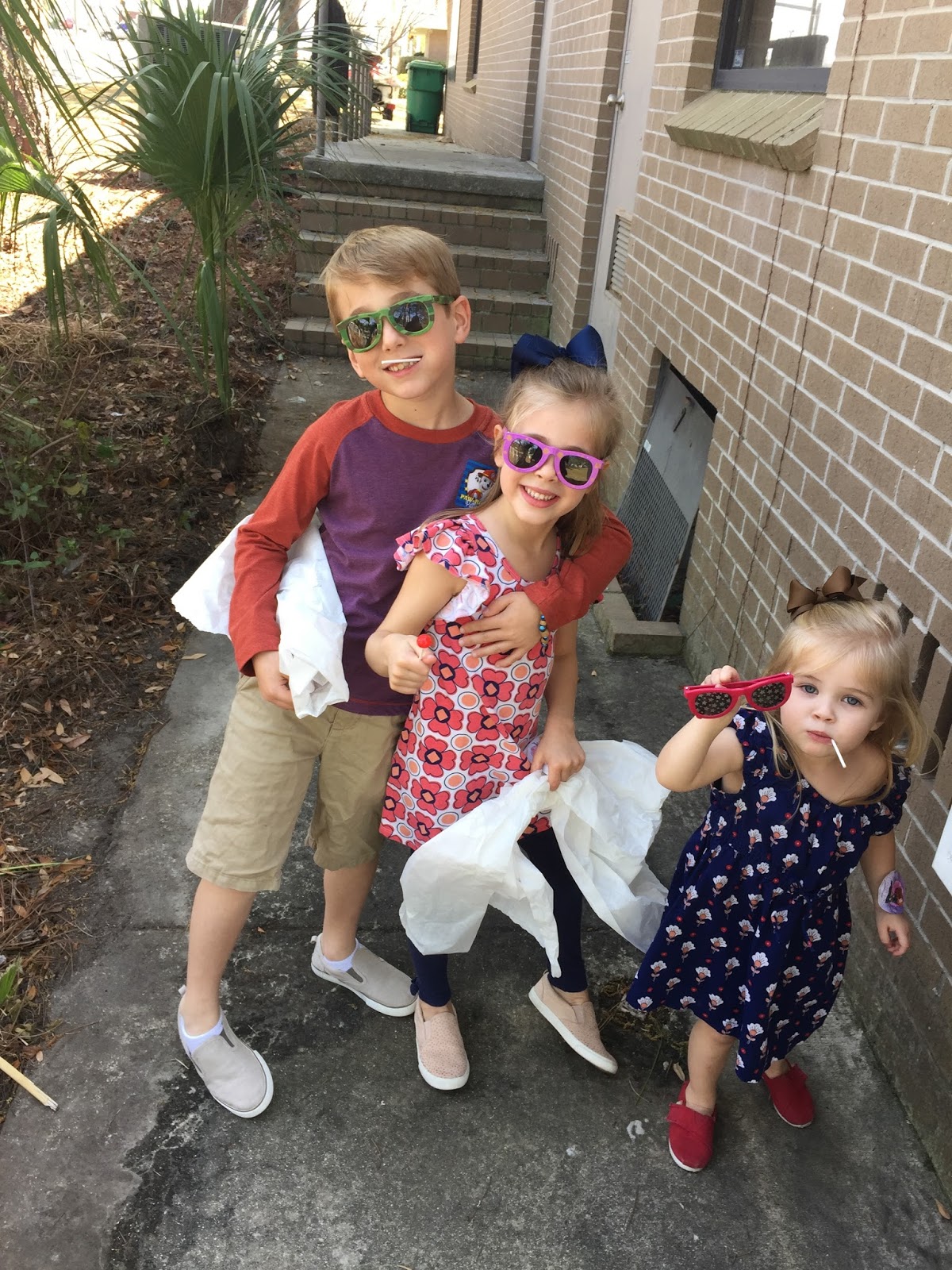