Zach and I both agree that it’s so dumb that they have me come in every two weeks now! We wait forever then get in the room, hear the heartbeat, and Stacey asks if we have any questions (I always do and she said I’m the only one who writes them down…how else do people remember?) then we leave. Today, however, I’m so glad we had the appointment!!!

During the class last night I thought up several questions to ask Stacey and the great thing about her is that she is so upfront and honest! I love that!

Some things we discussed: 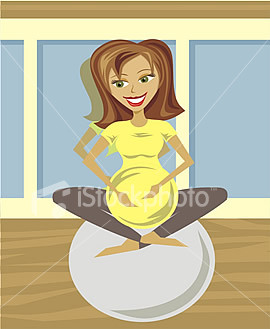 I’m off-track as far as my appointments go so I’m actually going again next week to have our last ultrasound! I’ll be 32 weeks next Thur and we have an appointment that morning! The size of the baby could give us a good idea on timing for this big event!

Oh and by the way…back at our 18 week ultrasound the ultrasound lady said “he” multiple times and this was after she saw the sex (but we didn’t) so Zach changed his percentages from thinking it was 50/50 chance of a boy or a girl to 60/40 boy…well this morning Stacey walked in and said “SHE” a couple times then said “oh I don’t know the sex I don’t know why I’m saying she” to cover herself! And keep in mind she has a SON so usually she says “he.” This makes me even more sure in my feeling that it’s a girl…but Zach hasn’t changed his percentages! haha!