Babywise II says that once your baby is 6 months old they can go down to two naps a day instead of three. The first nap you drop is the one in the evening. Kye goes to sleep at 9 (up at 11), 1 (up at 3) and 5 (up at 7 to bed at 8) for naps. The 5:00 one is annoying because it limits what we can do at night so we were pretty pumped about dropping it!

All throughout his 7th month (he was 6 months old) he just still seemed to need it. His naps were kinda more random though and sometimes he’d sleep for only 30 min at the 5:00 one and sometimes he’d sleep the full 2 hours and needed to be woken up. It wasn’t reliable and that made it even more annoying. It also made his other naps different too and I got to the point that I was over it! 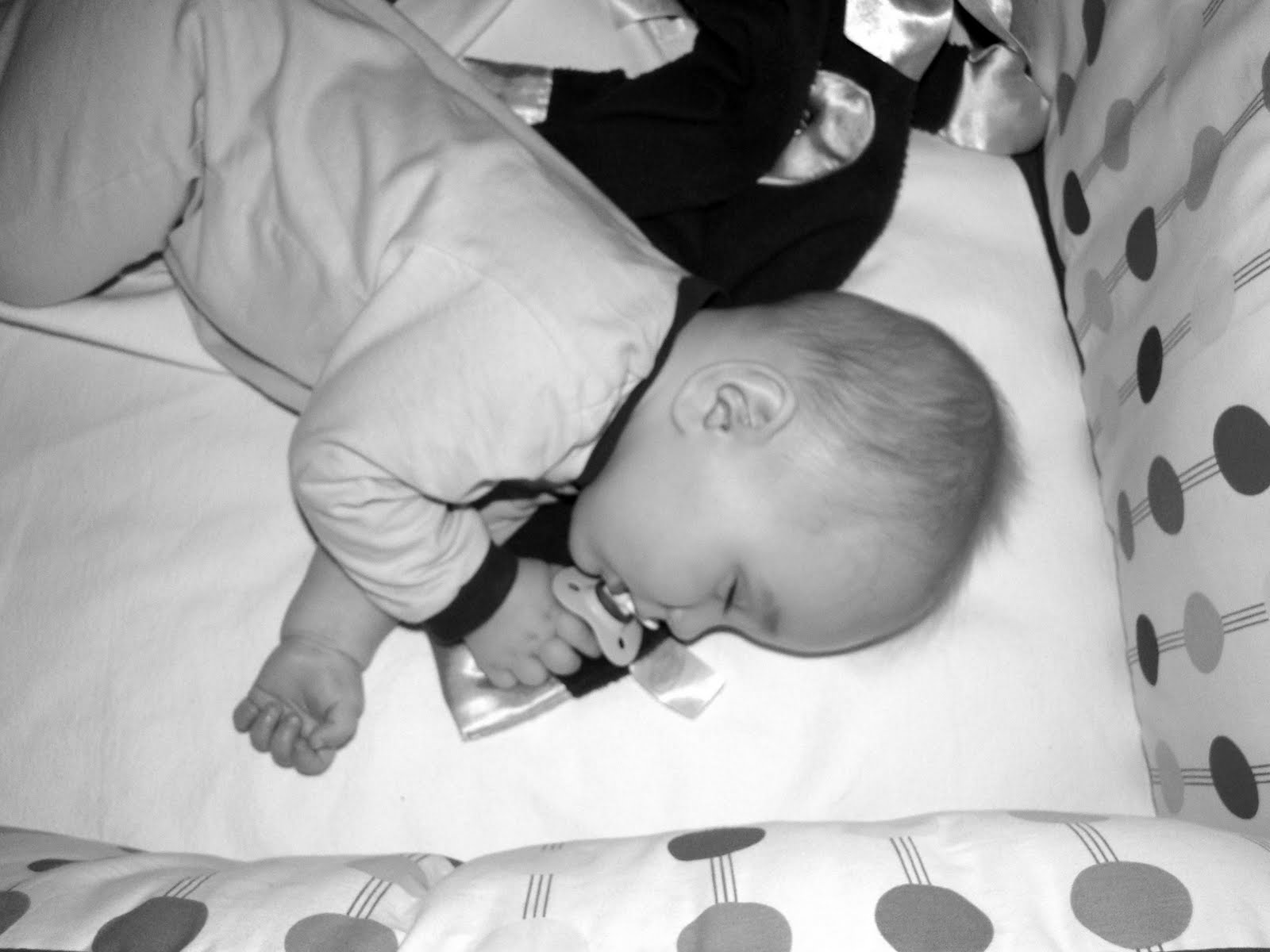 The Babywise Blog I follow talks about dropping naps and says that when other naps are affected it may be time to drop the nap. She has a baby right now a little younger than Kye and her baby sometimes takes the third nap and sometimes skips it depending on what they are doing. Well we don’t go out a whole heck of a lot and I feel like the more things are consistent for him the better. I didn’t want to have him skip it only when we were out and about because if he was used to having it everyday I felt like he’d be more fussy, especially for night church on Sundays and Wednesdays!

The Saturday before we left for NYC Zach and I decided it was time. The Babywise Blog says you can ween a baby from the nap or just drop it all together. We opted to just drop it. We stayed really busy that day and took him out with us to dinner at Red Lobster (all you can eat shrimp baby!) which kept him busy and he did very well. That was almost three weeks ago and he is STILL struggling with this nap being gone. I feel bad for the poor kid and am kinda tempted to start it up again but I hate moving backwards with stuff! We’ve come this far why not just keep on going???

I say he’s struggling but by that I just mean he’s tired. He gets a little fussy around 5ish when he used to go down and as long as we keep him busy he does fine. With him being so much more mobile it wears him out as well and he’s super tired at bedtime. We’ve had to move it up from 8:00 to 7:30 and that seems to be helping. Honestly, I think I should start nursing him around 6:30 and try to have him down around 7:15 but that’s just tough to do! 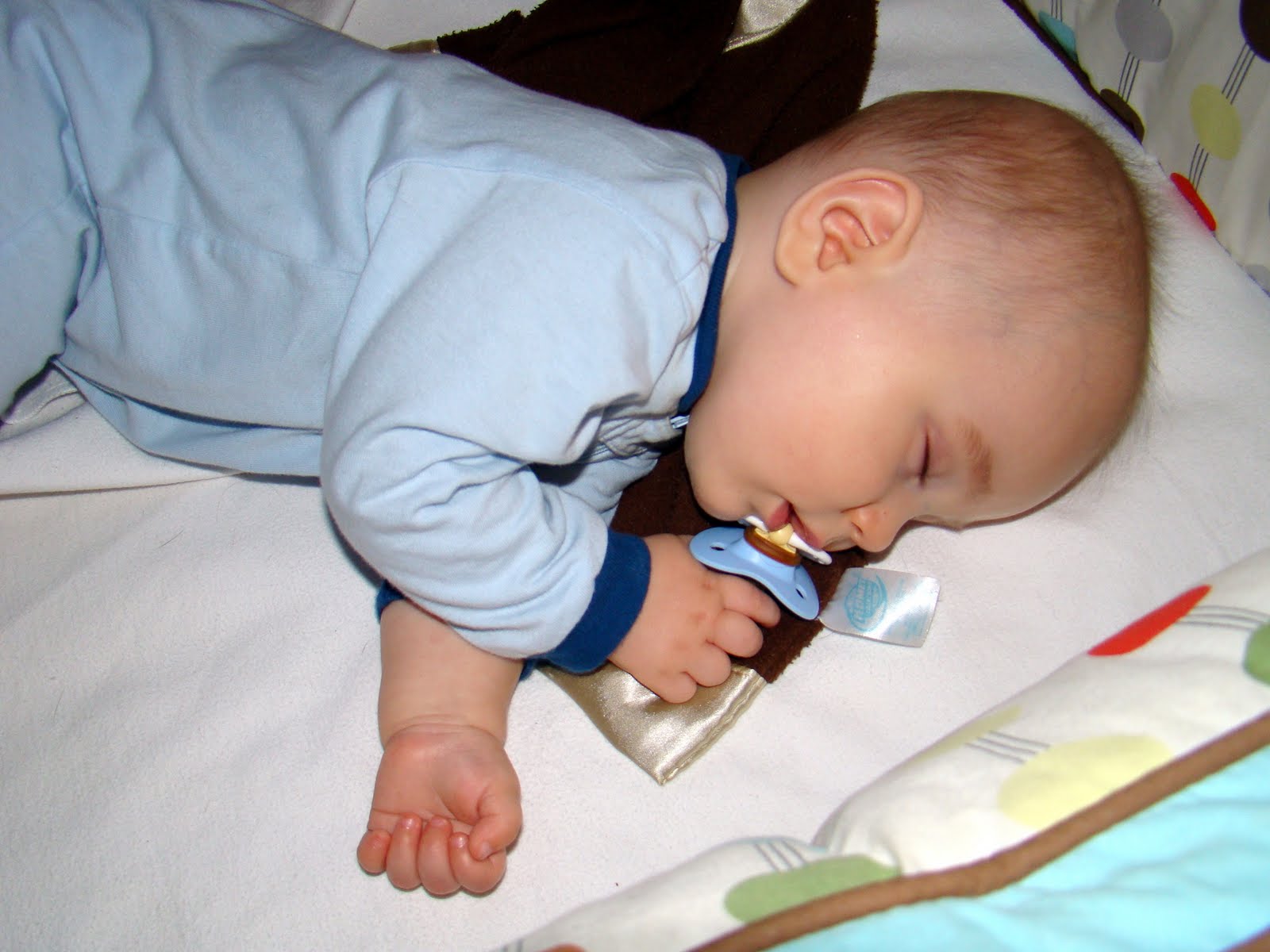 Since the 5:00 nap is now gone I have started to let him sleep longer for his 1:00 nap if he wants. Instead of waking him up exactly at 3:00 I’ll let him sleep until he wakes up. Sometimes it’s 2:30, sometimes it’s 3:30. I figure if he’s hungry he’ll wake up and I just feed him then. He’s never slept longer than 3:40 but I feel like allowing him more sleep during this nap helps him make it without that third one.

What? I vary from the schedule? Omg! Babywise is a strict schedule but it gets less and less strict as the baby becomes older. With feeding times it talks about by the time he’s 1 that he’ll eat when we eat. Eventually that 1:00 nap will be his only nap of the day and then of course we’ll want him to sleep as long as he can! His schedule hasn’t changed one bit, it’s just more flexible and that’s one of the wonderful things about my little baby growing up 🙂