Zach and I had such a fun time last night (or should I say tonight?). We stayed up until 12:30 making up floorplans on this website he found for our next home! It was sooo much fun and while we obviously aren’t moving for at least a couple of years, it’s good to have in mind what we want since it’ll be our first time building.

While in the process of all the fun I felt something different. I felt more pressure in my lower abdomin and it made me a little concerned that maybe the baby has moved somehow?

When we finally went to bed I slept AWESOME. However, I woke up about 30 minutes ago (around 5:30 so yeah…4 hours of sleep) and can’t go back to sleep. Things just feel different… 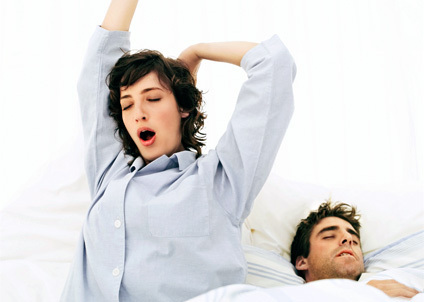 Some “symptoms” I’m having:

I gave up going back to sleep. I was too worried! I have yet to worry this whole pregnancy and now I find myself laying in bed scared because I feel BETTER than usual! I know that seems stupid but thoughts going through my head include: “is the baby breach?” “if so, will it stay that way?” “will I have to have a c-section?” “has the baby dropped?” “if so does that mean I’m going to deliver too soon?”

Finally I booted up the computer and did some research. I feel better after doing this, although I won’t truly feel okay until my ultrasound on Thursday.

I found lots of stuff on the baby dropping and most sites said it happens soon before delivery. They said I’d feel less pregnant which I guess is kind of how I’m feeling. It said other people may notice a different look to my stomach or that I may even notice (I checked in the bathroom, doesn’t look different to me). Also it mentioned feeling like I can breathe easier…I’ve never had a hard time breathing before! It also said to do some finger test where if I can put 4 fingers flat under my chest then it means the baby has dropped. And yeah, I can do that…but who knows if I could have done it before?

Looking into the breach info most things I found said that if the baby is breach this early on that it doesn’t mean anything. The baby will turn again, most likely (I PRAY), before delivery. The baby isn’t fully decided on any position until like the 37th week.

The thing I found that makes me think maybe this is the baby dropping is a site that said a lot of first time moms may have the baby drop around 33 weeks. While I’m only 31 weeks right now, I’ve felt most of my pregnancy that I’m actually 2 weeks further along (whenever I read “what’s going on with your pregnancy this week” I always read the week I’m on as well as the one for 2 weeks ahead and usually I have those symptoms). So maybe I am 33 weeks and maybe the baby has dropped? I’m still thinking that if I am 33 weeks I’ll still deliver around my due date since most first time babies are late! (I’m still rooting on March 10th here!)

I’m hoping to pay close attention to Clover’s movement today (of course I’m freaking out here and I’m pretty sure my child is fast asleep) to have a better idea of what’s going on. Typically I feel a lot of kicking/pushing up near my ribs so if that is lower I think I’ll feel pretty sure the dropping is the case. If it’s so low that something has to be upside down then I’ll worry about breach. But no matter how much I worry I won’t know anything until Thursday so maybe I’ll get lucky and fall asleep on the couch for a couple hours before I have to get ready for church!