We decided to just drive down for the day of graduation. It was rough timing with Zach’s back pain but well worth it to be there for such a special time! 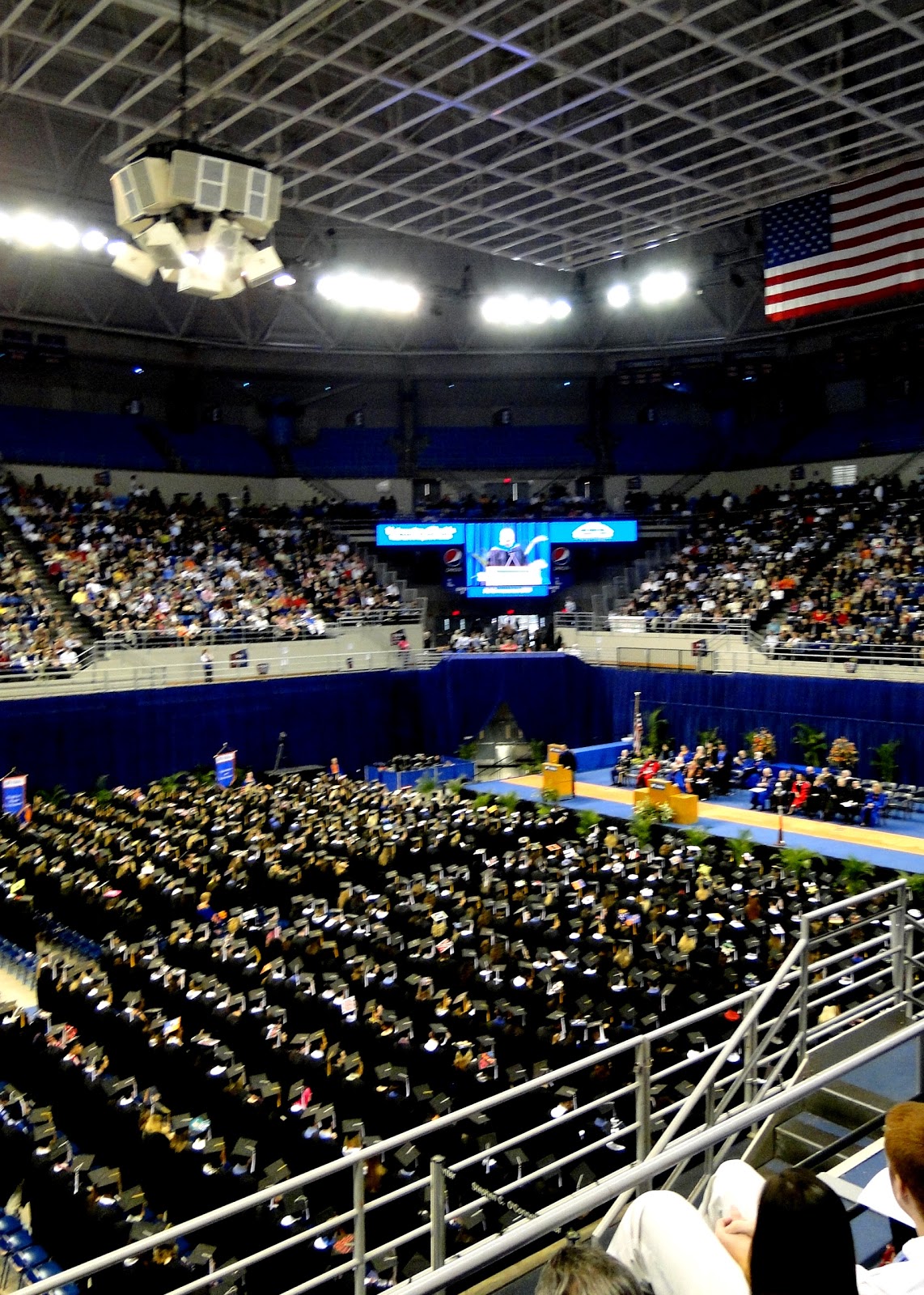 Kye did AWESOME. We had a looooong wait but he didn’t fuss or create a scene. At some point Zach’s pain was too intense so he took Kye out to use the potty and play some which was a nice break for them both. 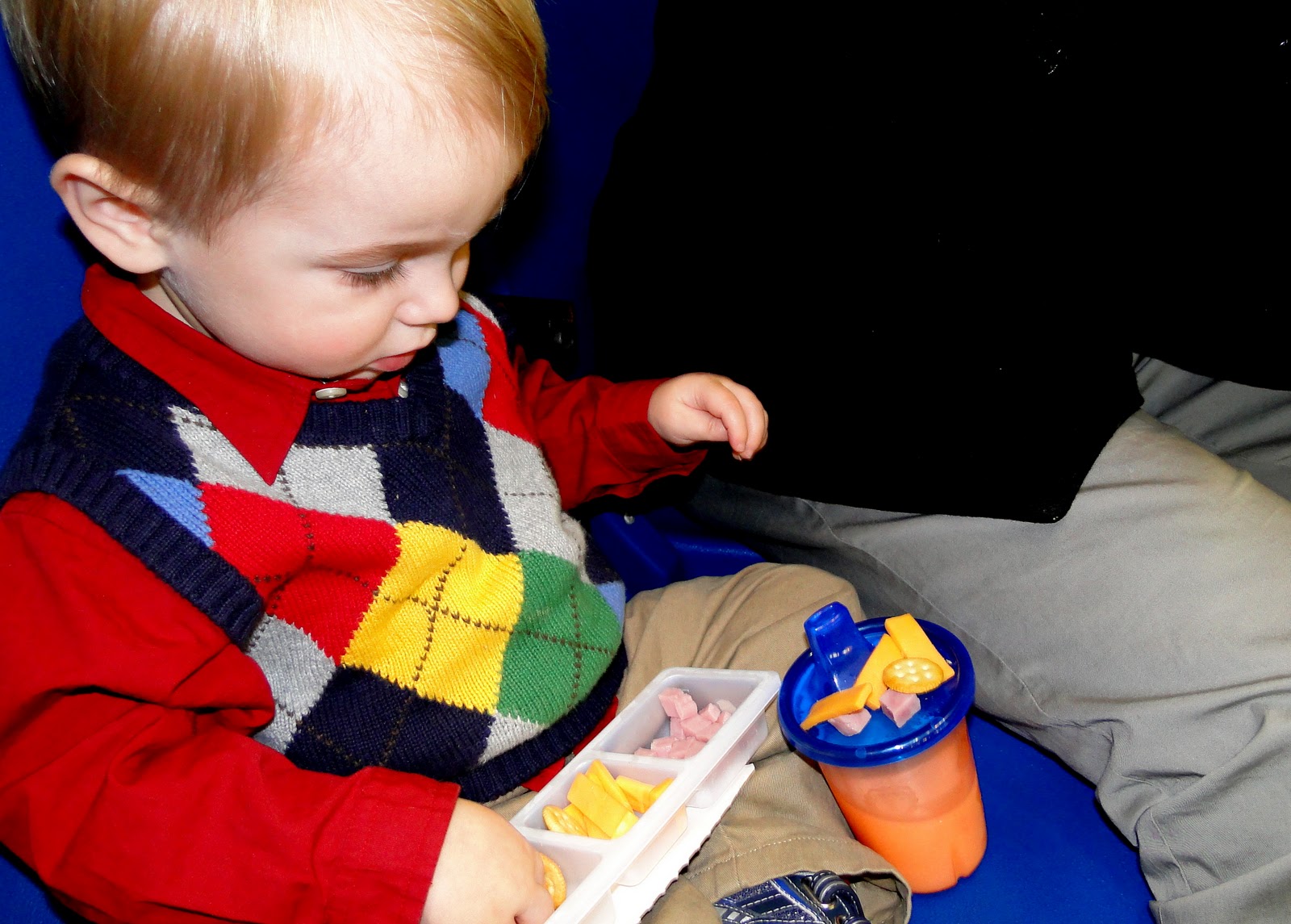 Before the graduates came out they showed parts of the crowd on the big screen and we all got on it! They zoomed in on Kye so Zach and I made him do the Seminole Chop 😉 Also while we were waiting I had my very first Stella & Dot siting! A lady behind us had the Green Garden Party Earrings on (which I totally want). I think Mom pointed them out to me and of course I had to talk to the lady…turns out she owns a boutique and sells the jewelry at her store. Cool huh? 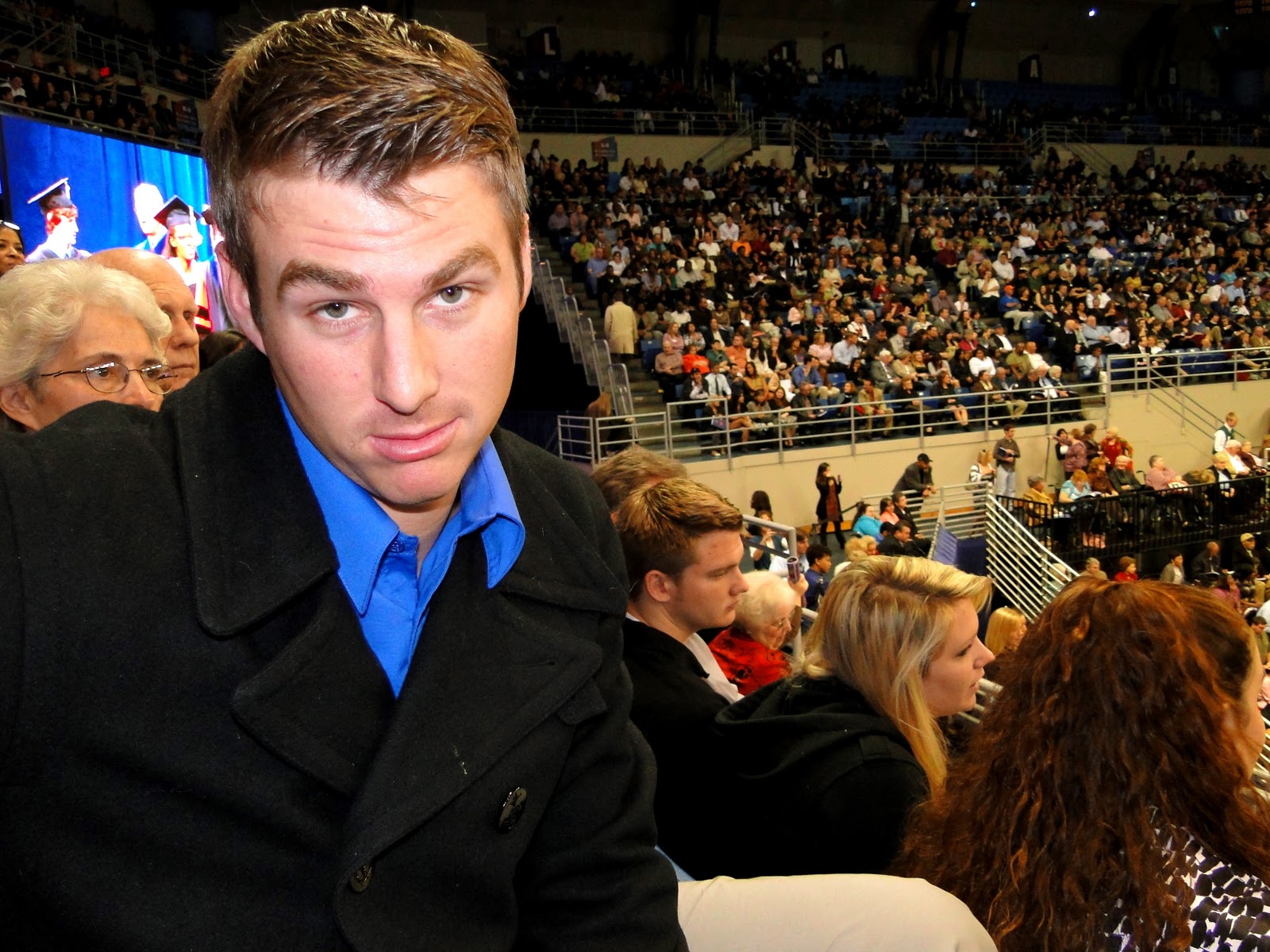 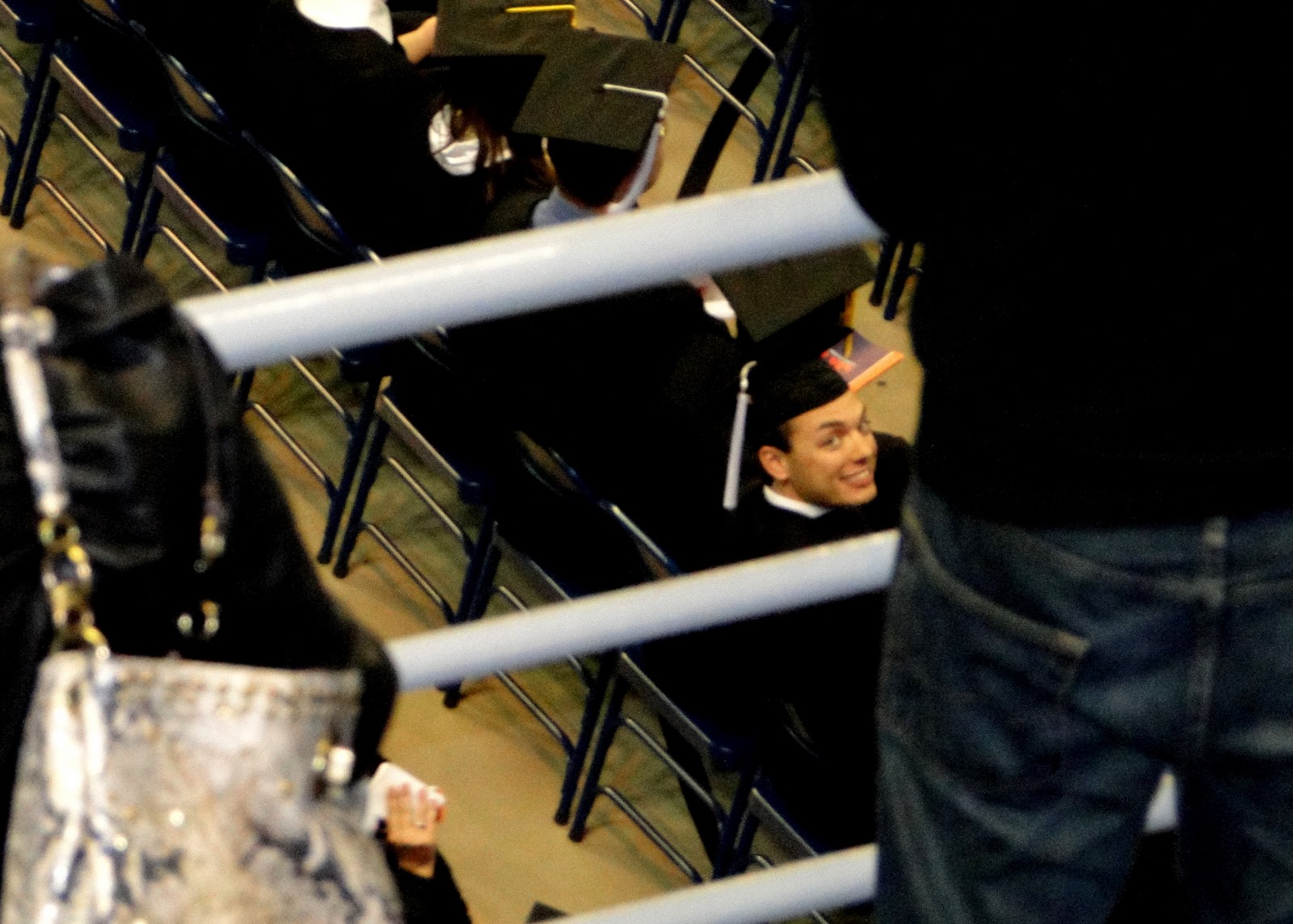 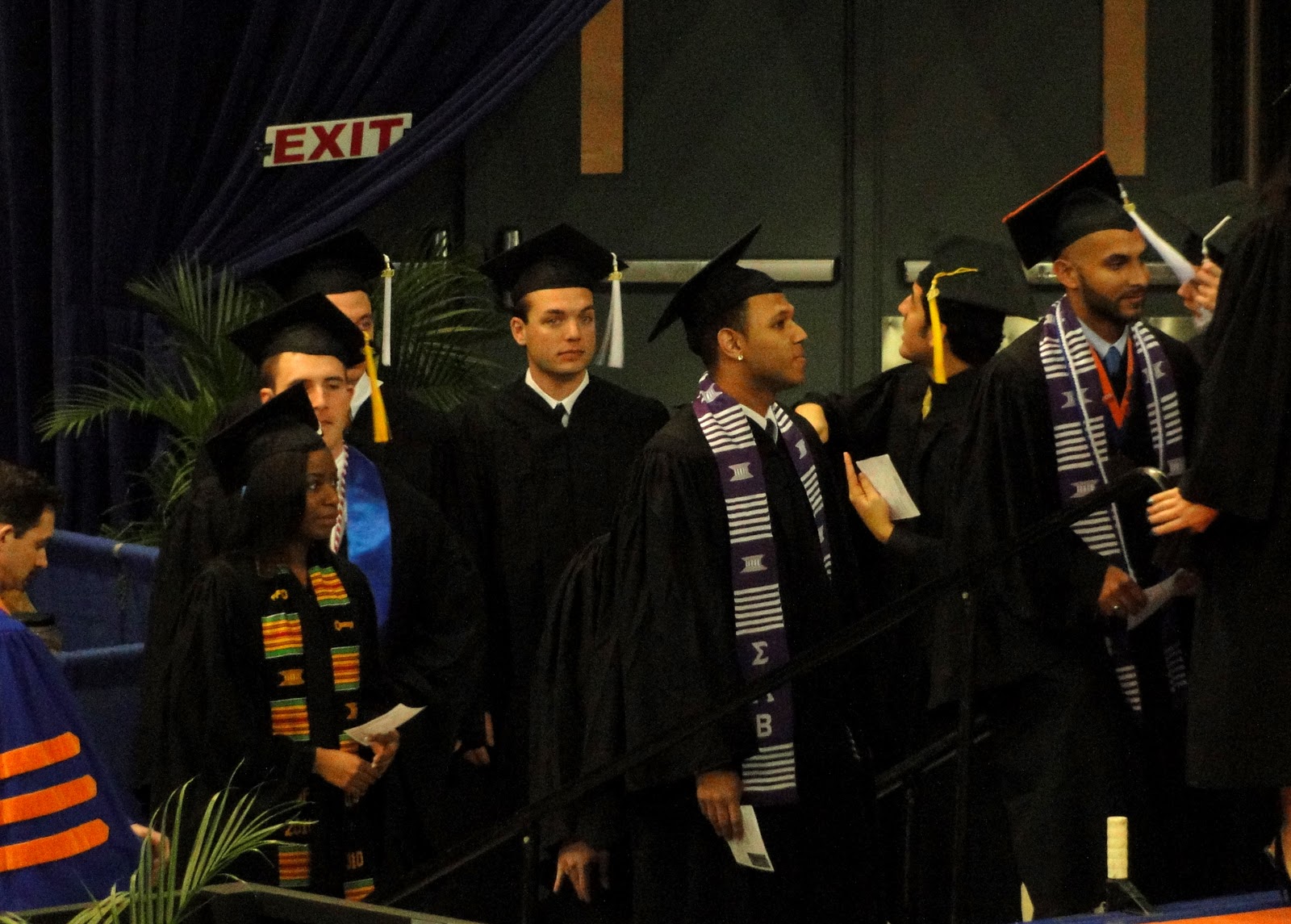 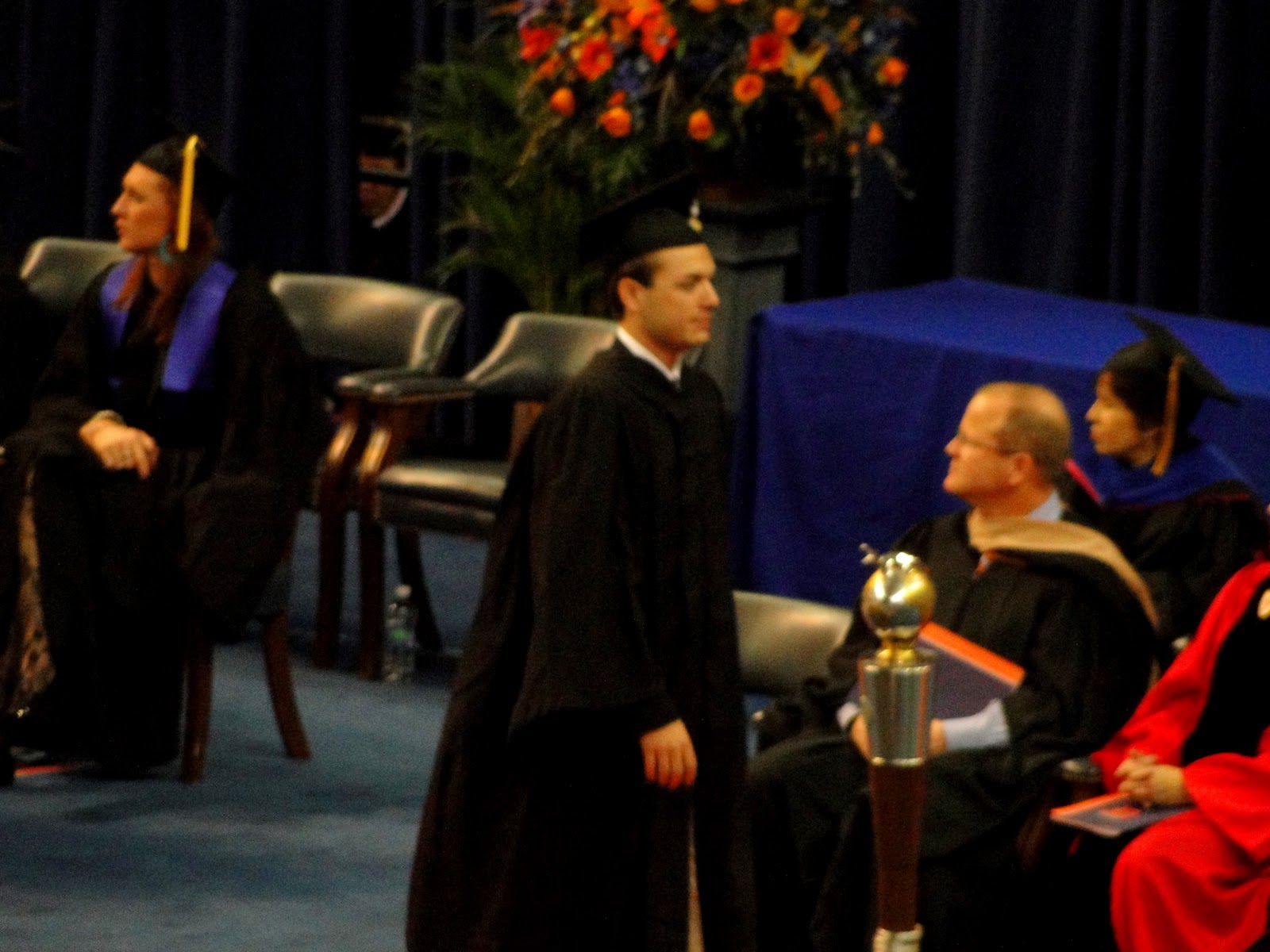 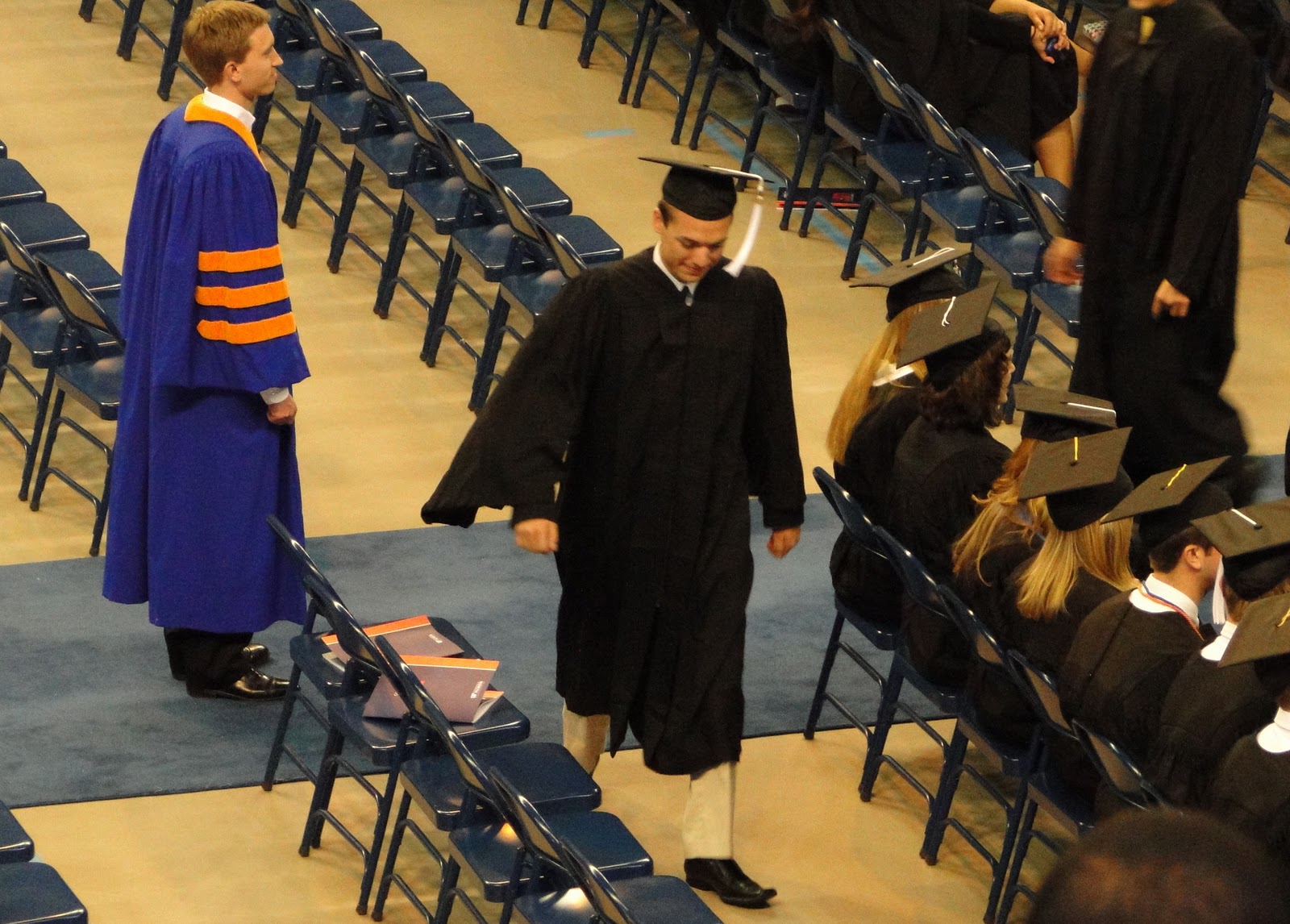 Afterwards you know how stuff like this goes…it’s a ZOO and impossible to find each other! Once we did we had a pretty good background for some photos 🙂 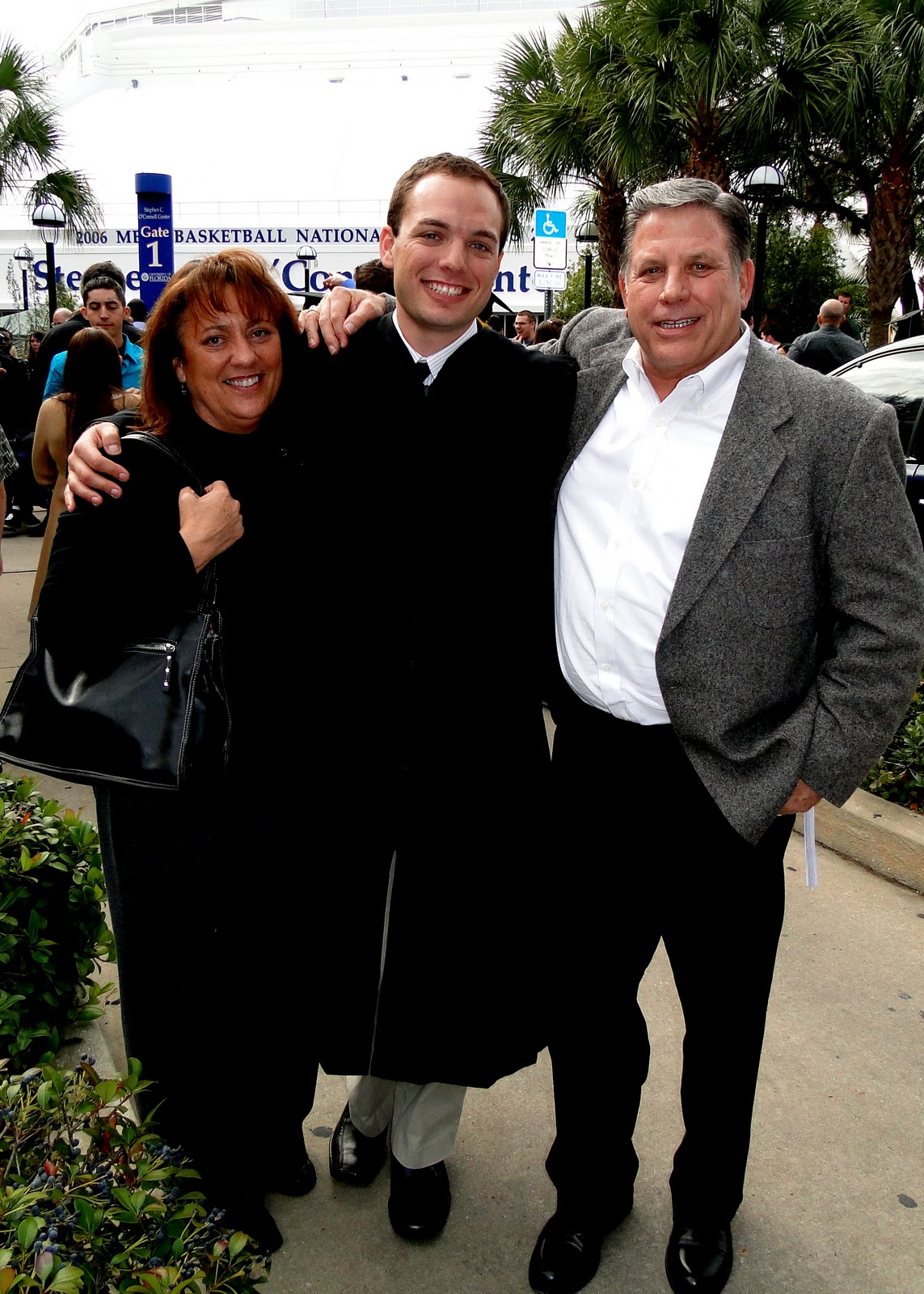 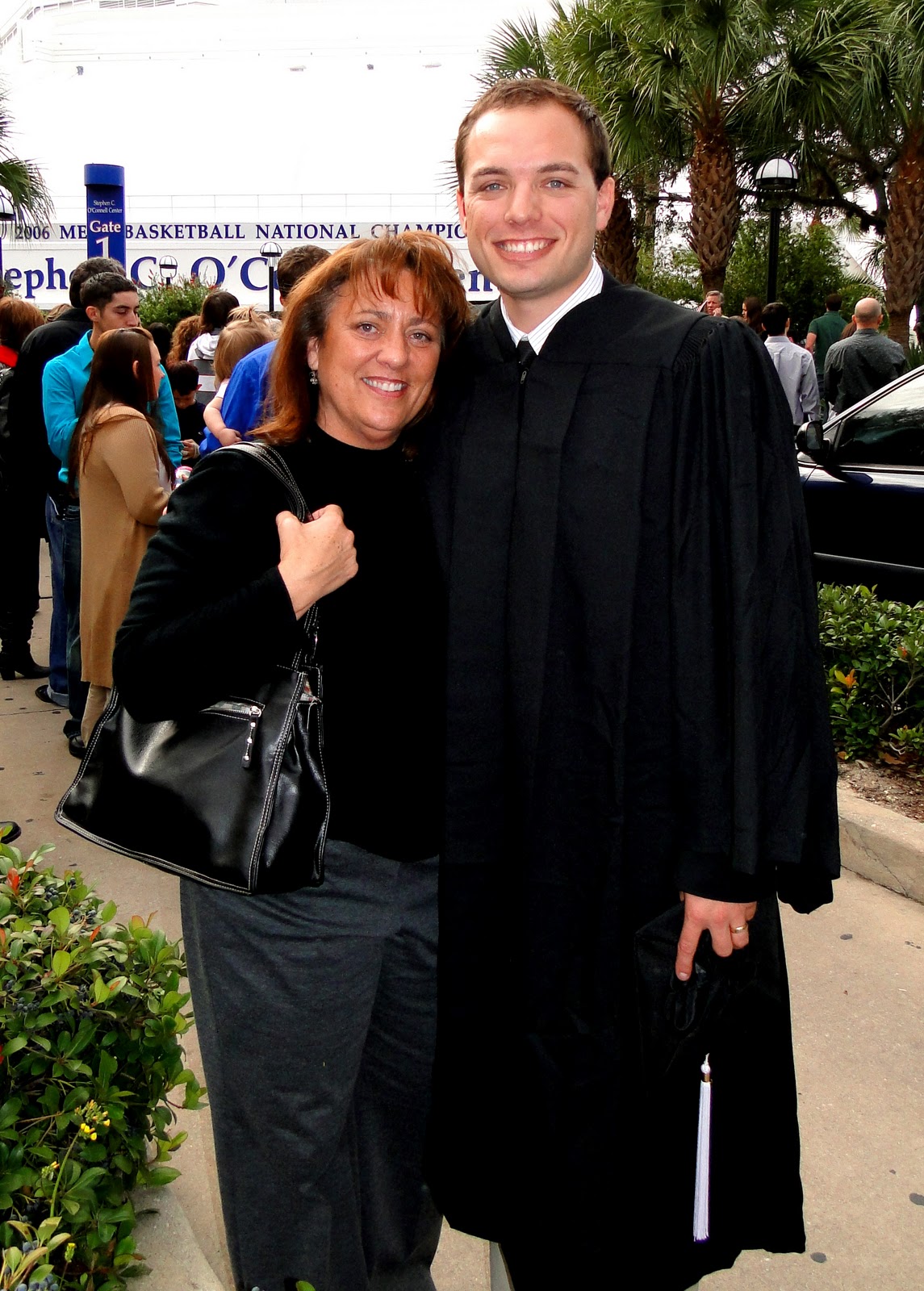 can you tell they are father and son? 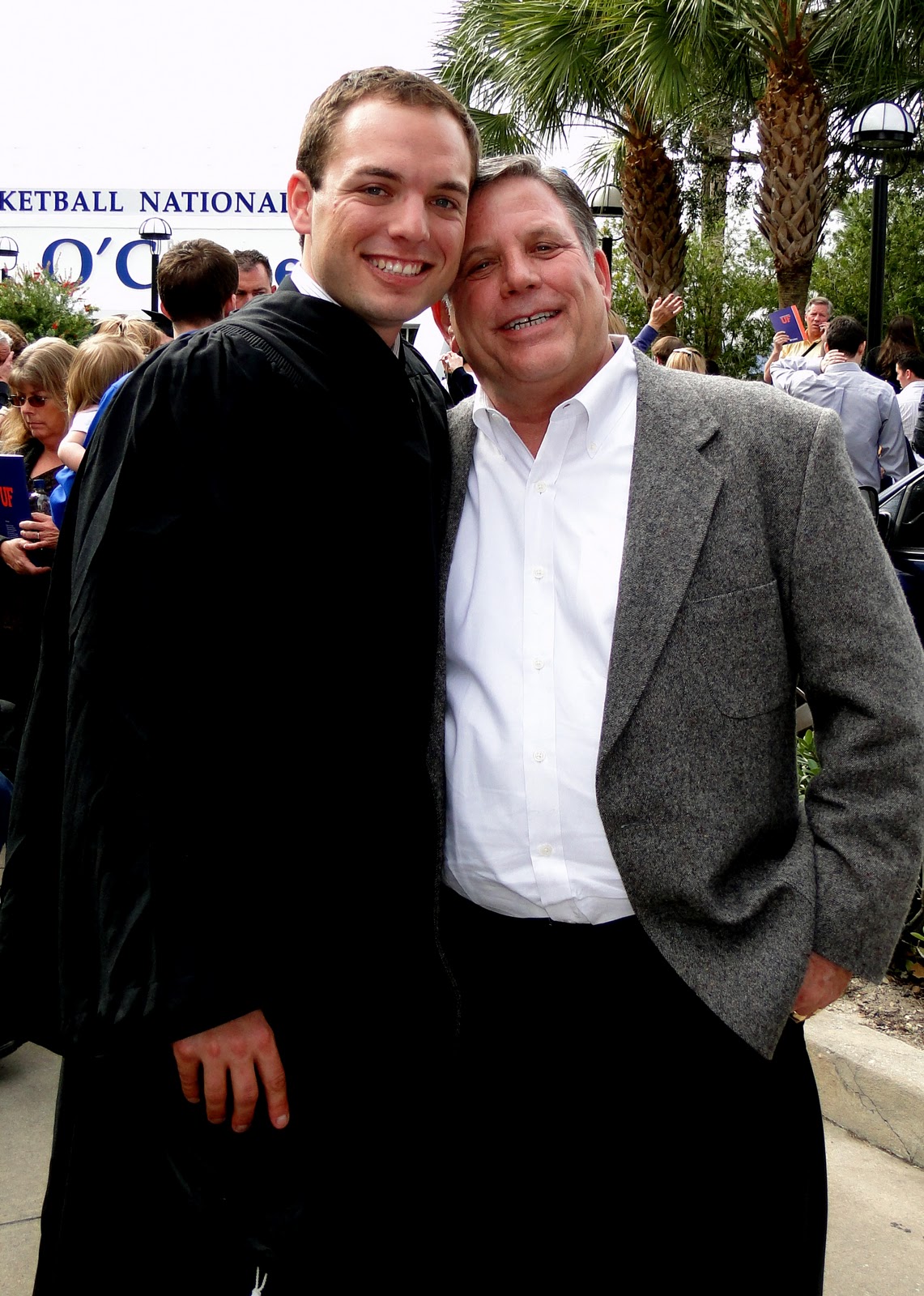 Dad said “Emily put your hand on your hip” 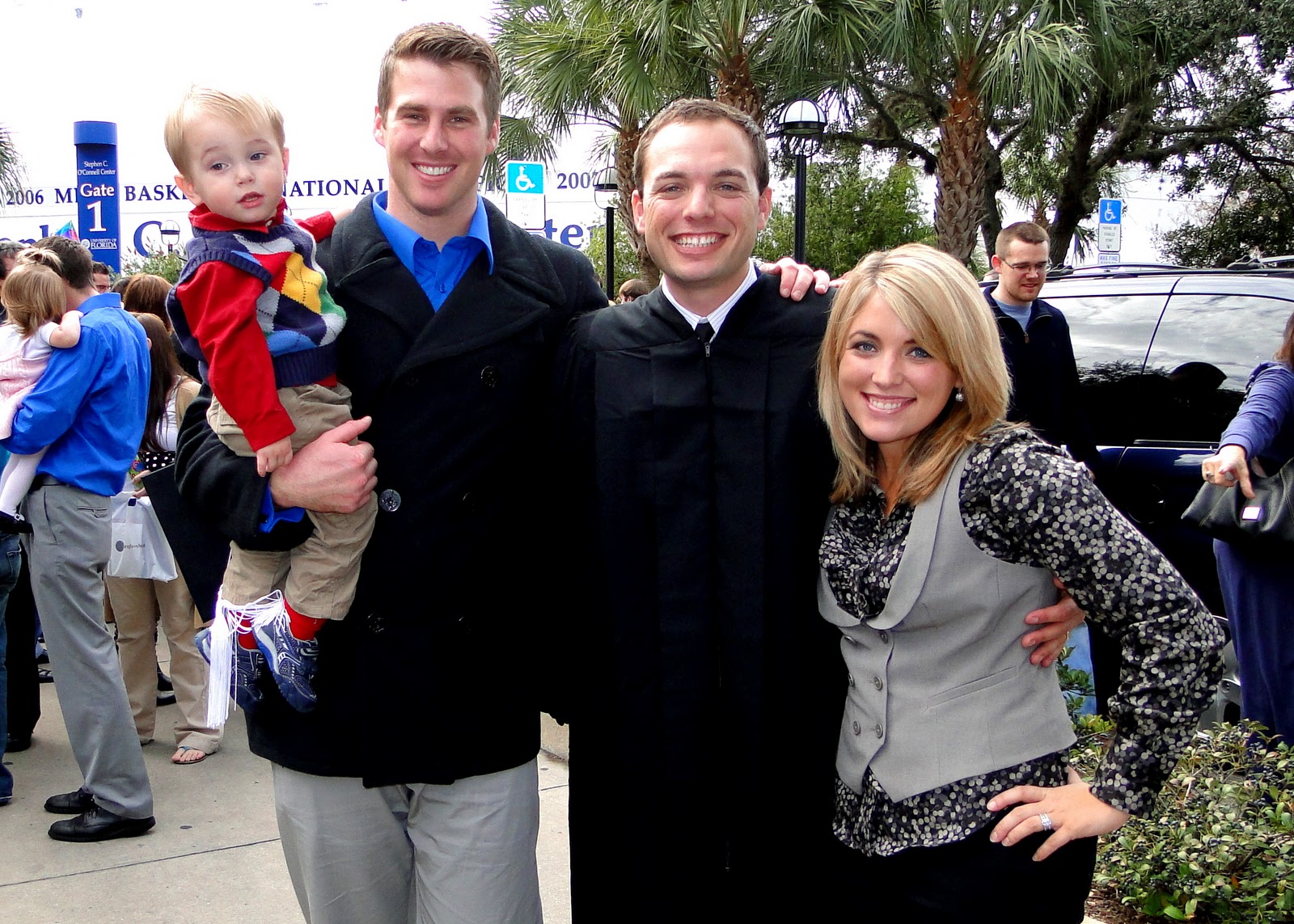 so proud of my little brother 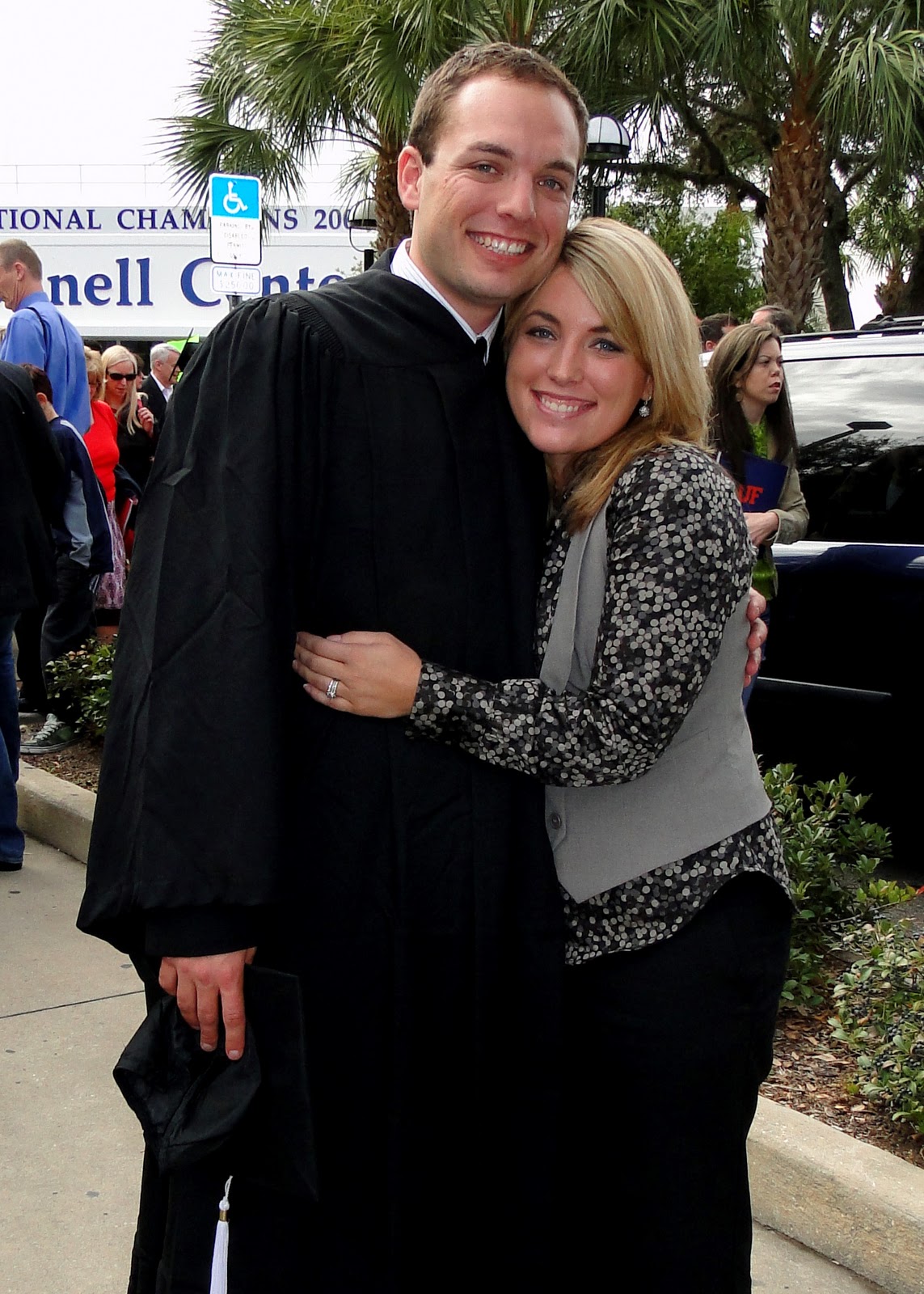 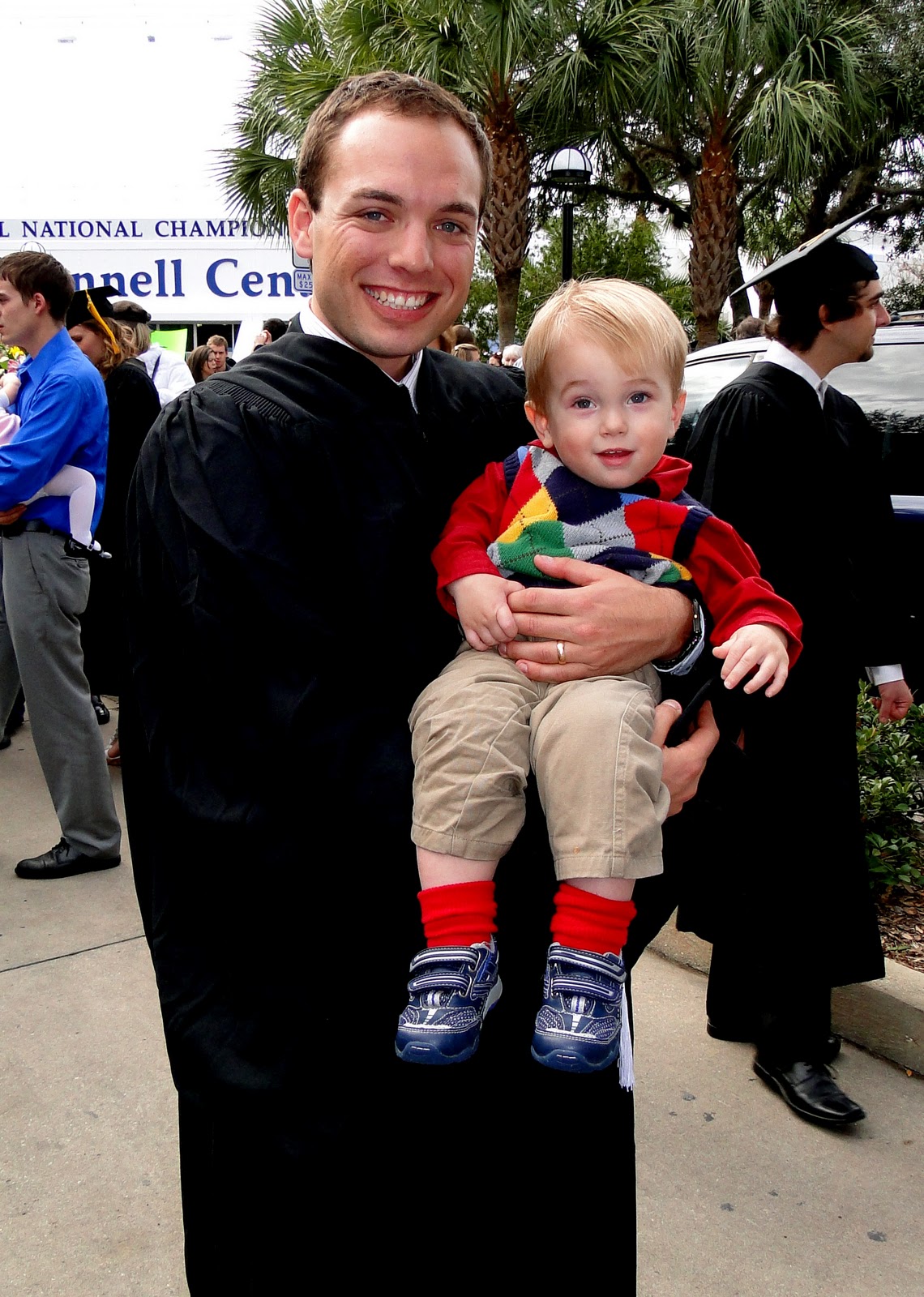 B isn’t just a graduate, he’s also a Mason! 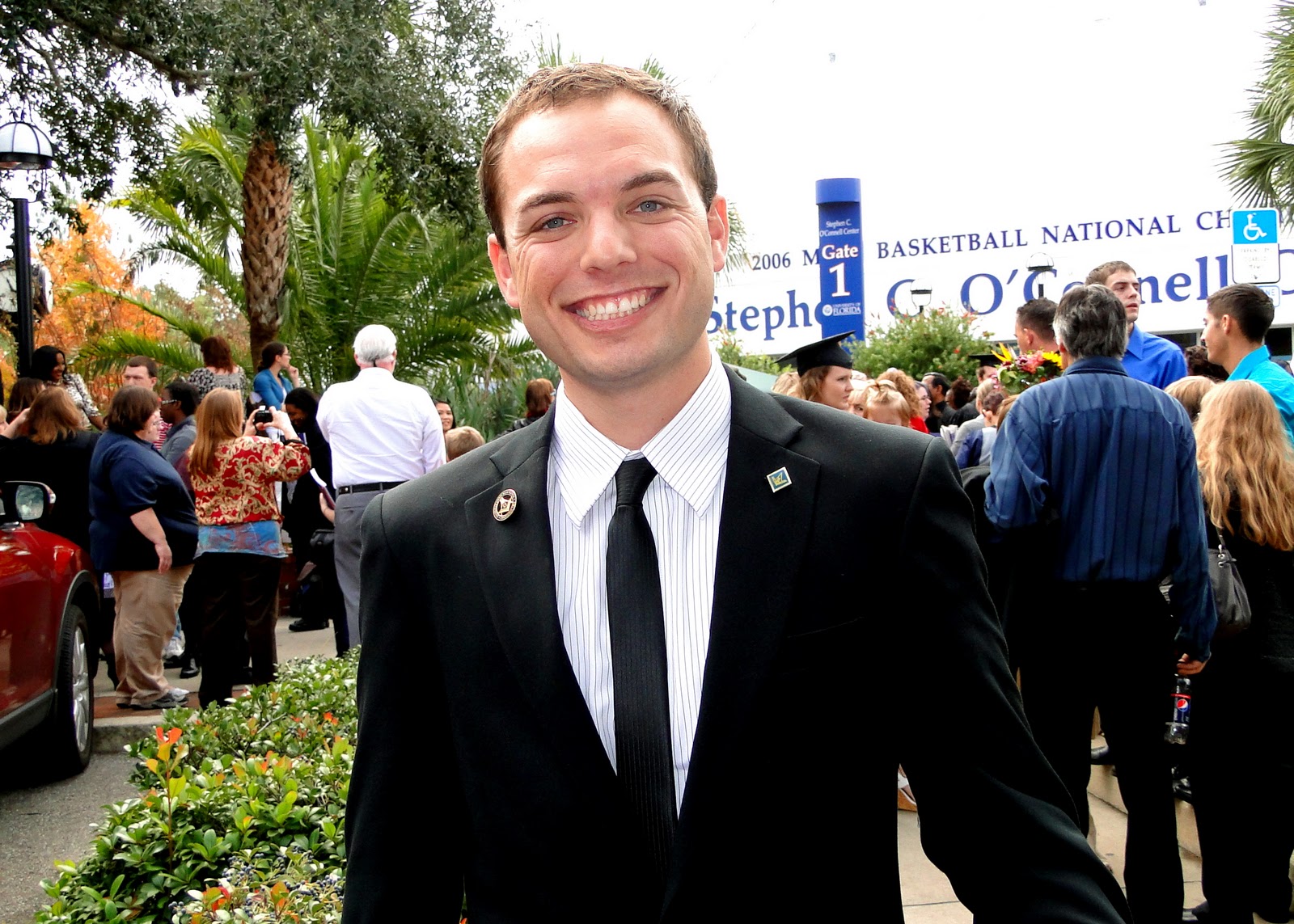 Once the picture taking was done we headed over to B and C’s apartment to celebrate. They were SO thoughtful to allow time for Kye’s nap. While he slept we snacked, talked, and opened presents. I know most of ya’ll prob think our gift is lame (as B probably did too!) but I thought about it and I could give him $50 as a graduation gift or we could spend that $50 on something that will help him have waaaaaaay more than $50 in the future! Teach a man to fish right??? So we ordered him the Dave Ramsey Graduate Gift Pack. I’m hopeful that I can get better about doing things the “Ramsey Way” and that this set will benefit B’s (and C’s) futures. 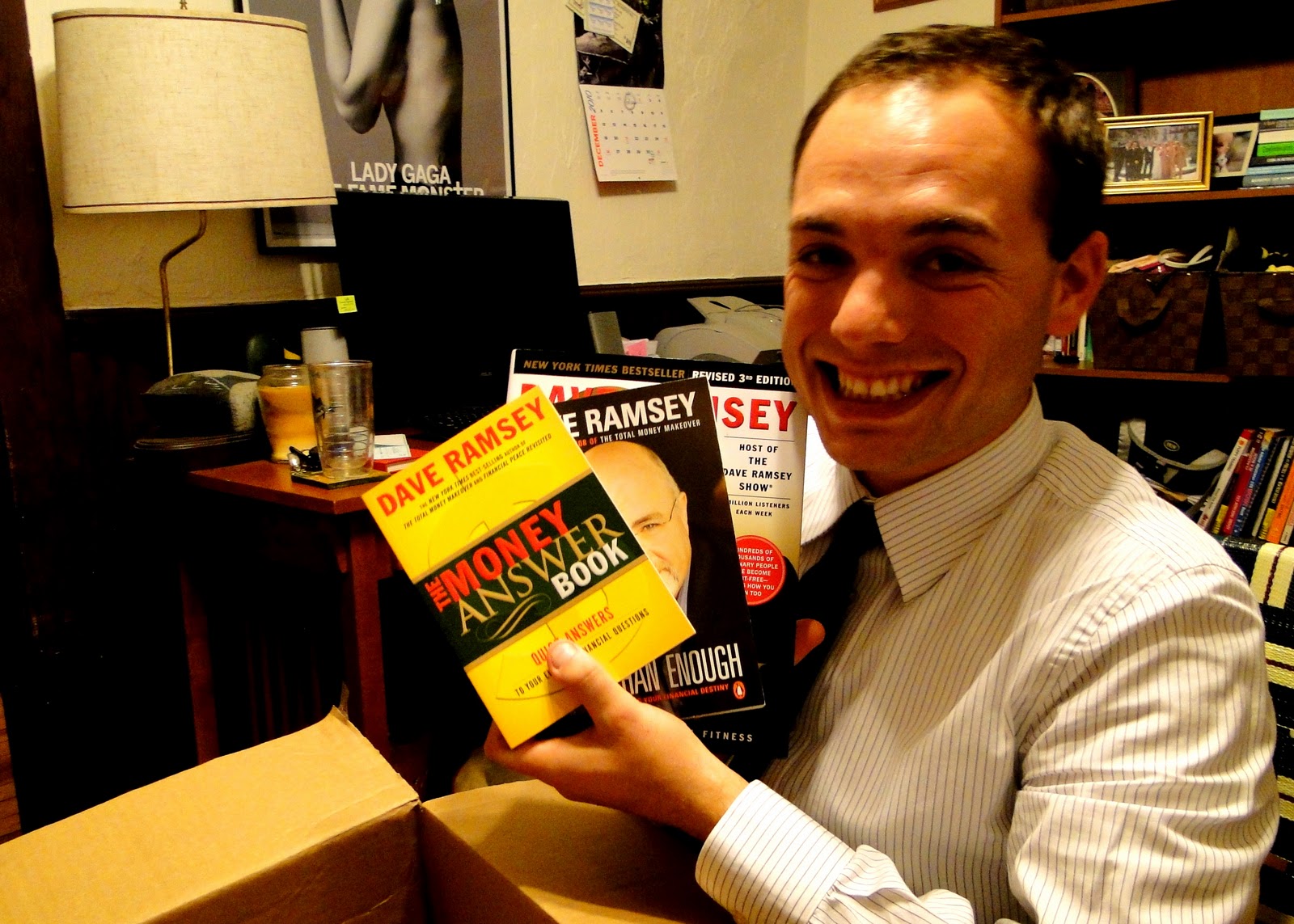 B and C recently welcomed a new member to their family! They adopted a sweet puppy from a shelter named Apollo. They are working hard to train him to be a well behaved dog which I admire (I tried with Levi…worked okay I guess….but they are using a MUCH better trainer than Pet Smart). He was soo good the whole time! 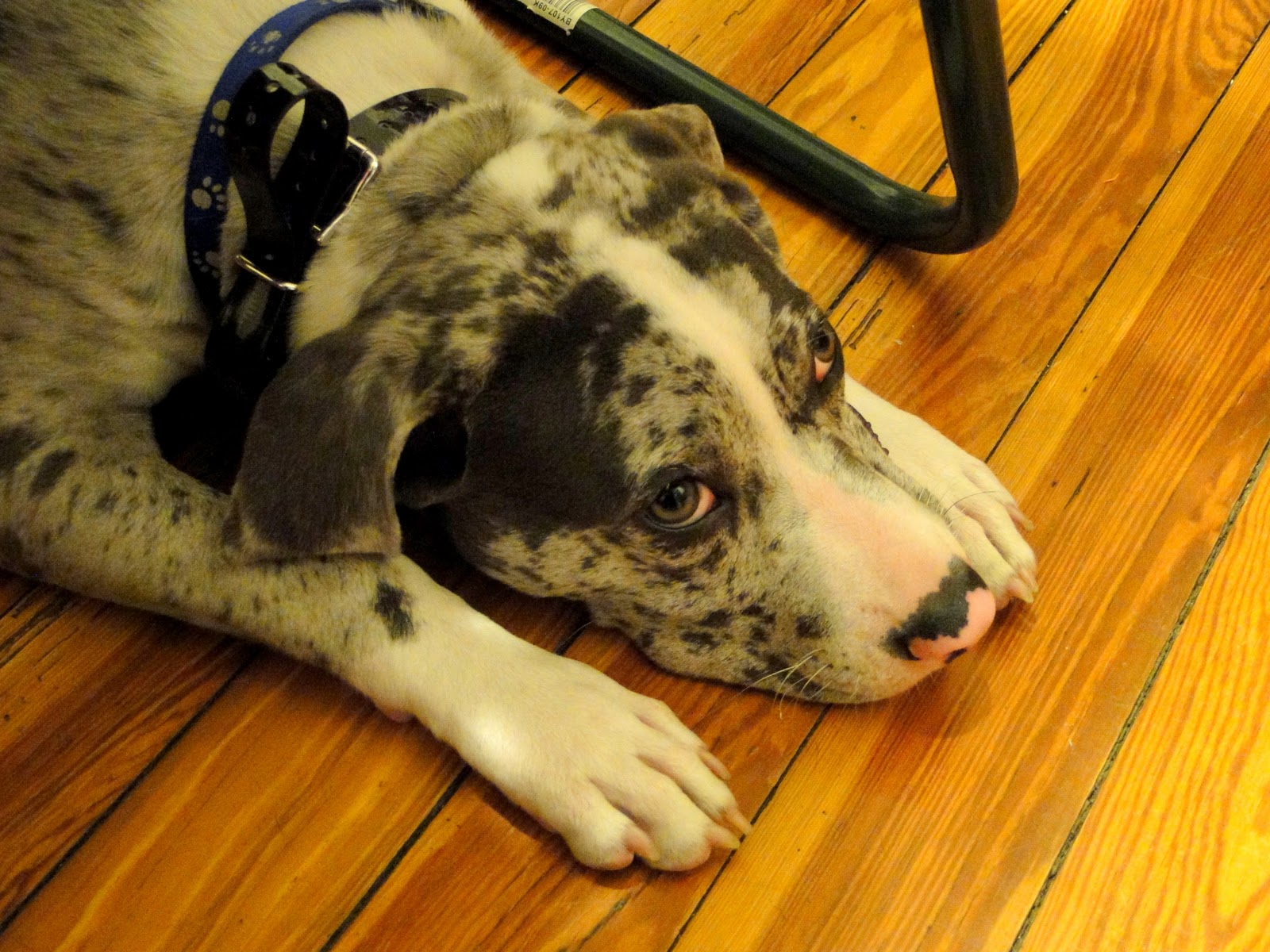 Once Kye woke up he spent his whole afternoon playing with Apollo and cracking up! 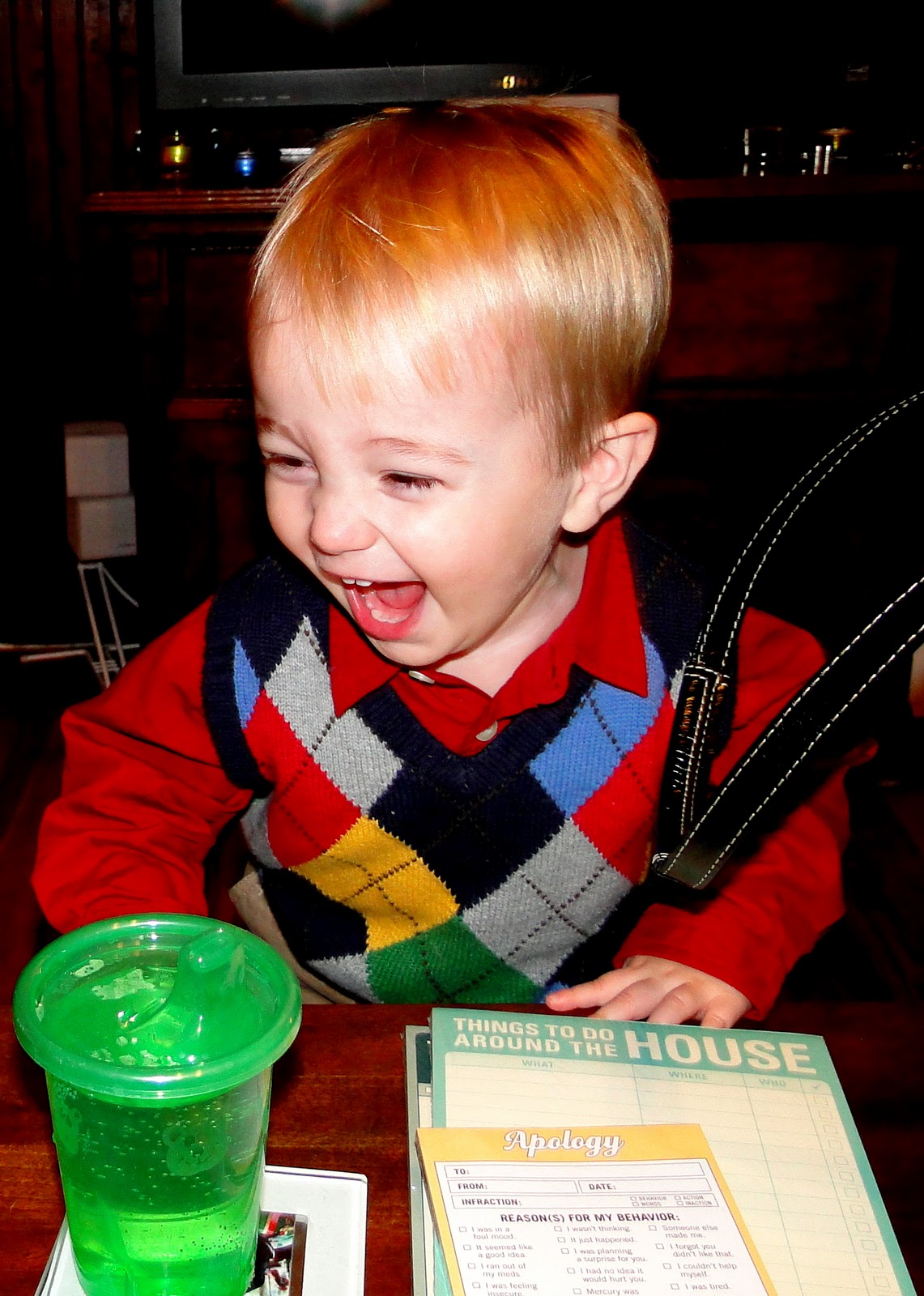 We ended up going to a restaurant down the street to eat lunch/dinner and most of us ordered breakfast food! It was an organic, home grown type place which was neat but the food tasted so much different than what we’re used to! Dad and I grubbed out on our peanut butter chocolate french toast! (btw my Silver Soiree Earrings help dress up my outfit for the event) 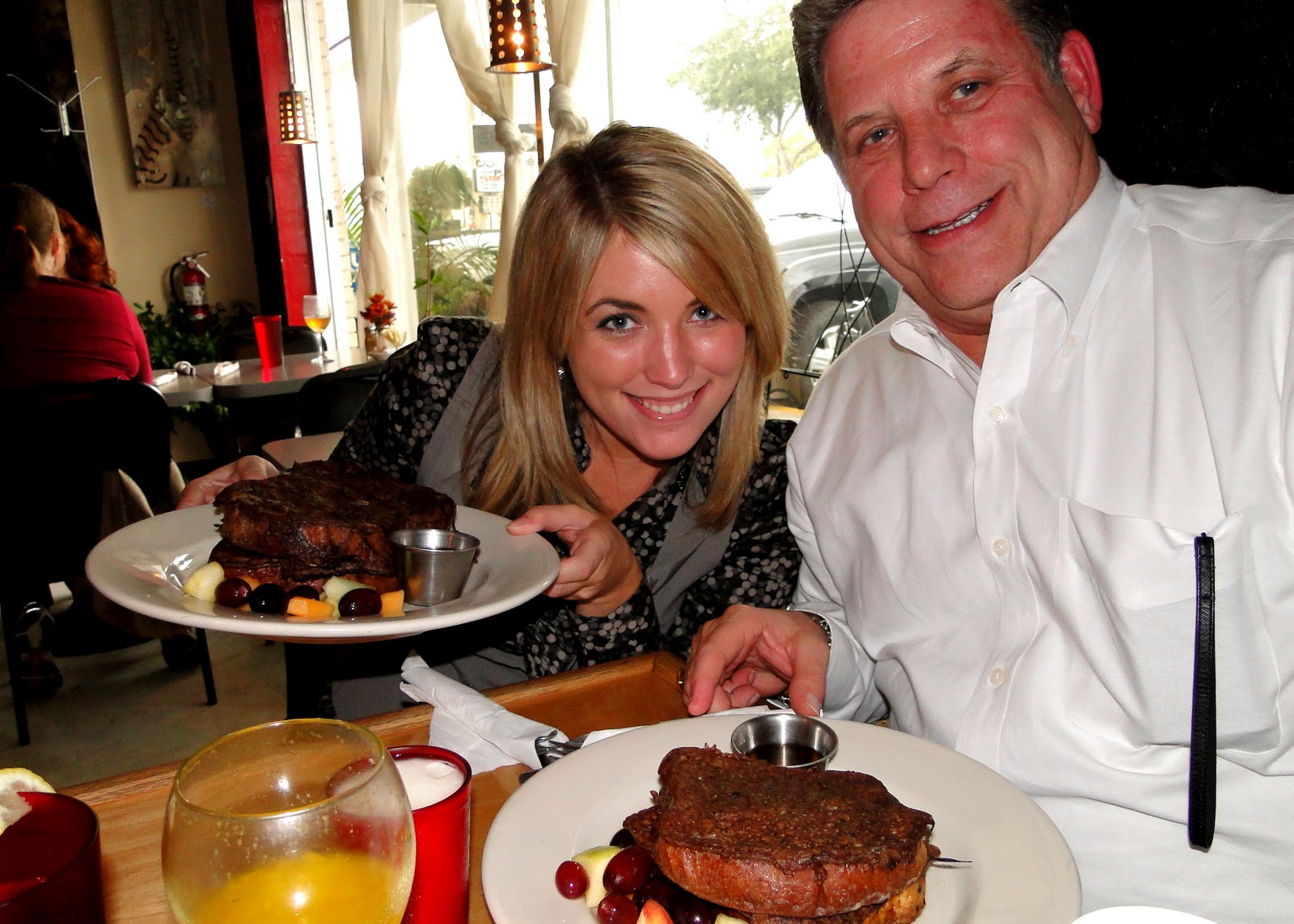 It was WONDERFUL to get to spend time with Dad, Audrey, B and C. I see Zach’s family ALL the time and don’t seem to get to see mine nearly often enough so I always cherish the times we get to have together!

We’re done with graduations for awhile…Casey graduates in May then we don’t go through the rounds again until Brandon finishes grad school! Have I mentioned I’m proud of him?