While I’m on my Babywise II kick I thought I’d talk some more about the book and things I learned from it! Besides the re-parenting idea I also LOVE the idea of independent playtime. I actually had read about it on the Babywise Blog I follow but I liked reading it from the actual book too. 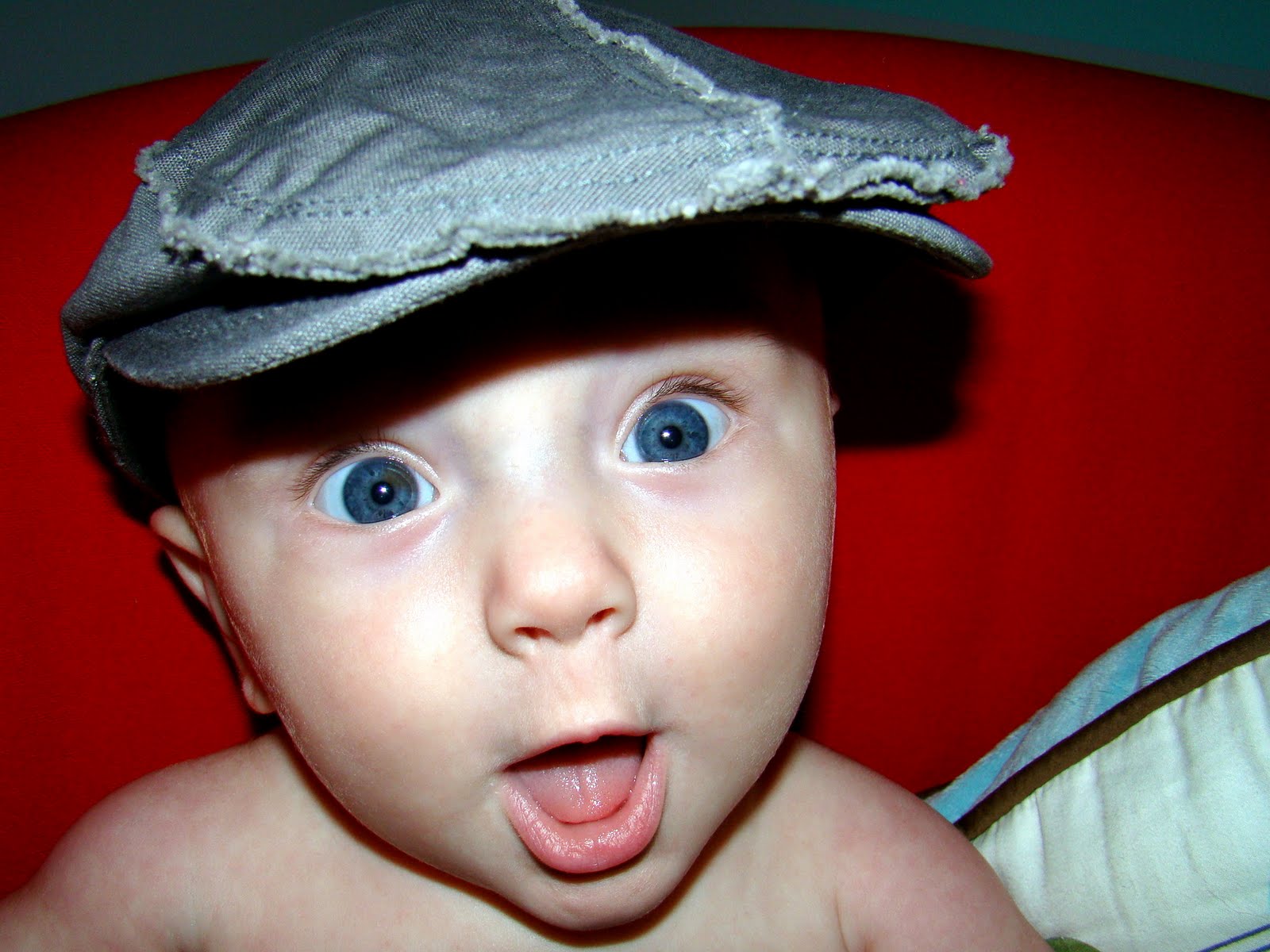 Babywise II talks about the use of a playpen (I call it a pack and play) for independent playtime. They say the pack and play has three benefits:

1. It provides a safe environment.
2. It doubles as a portable bed.
3. It offers a structured learning center.

#1 and #2 are pretty obvious, but #3 was something new to me. I, like most new moms, thought that every moment Kye is awake should be spent with me cuddling, playing, reading, singing, and doing other things together. I never thought that he might need time to himself! 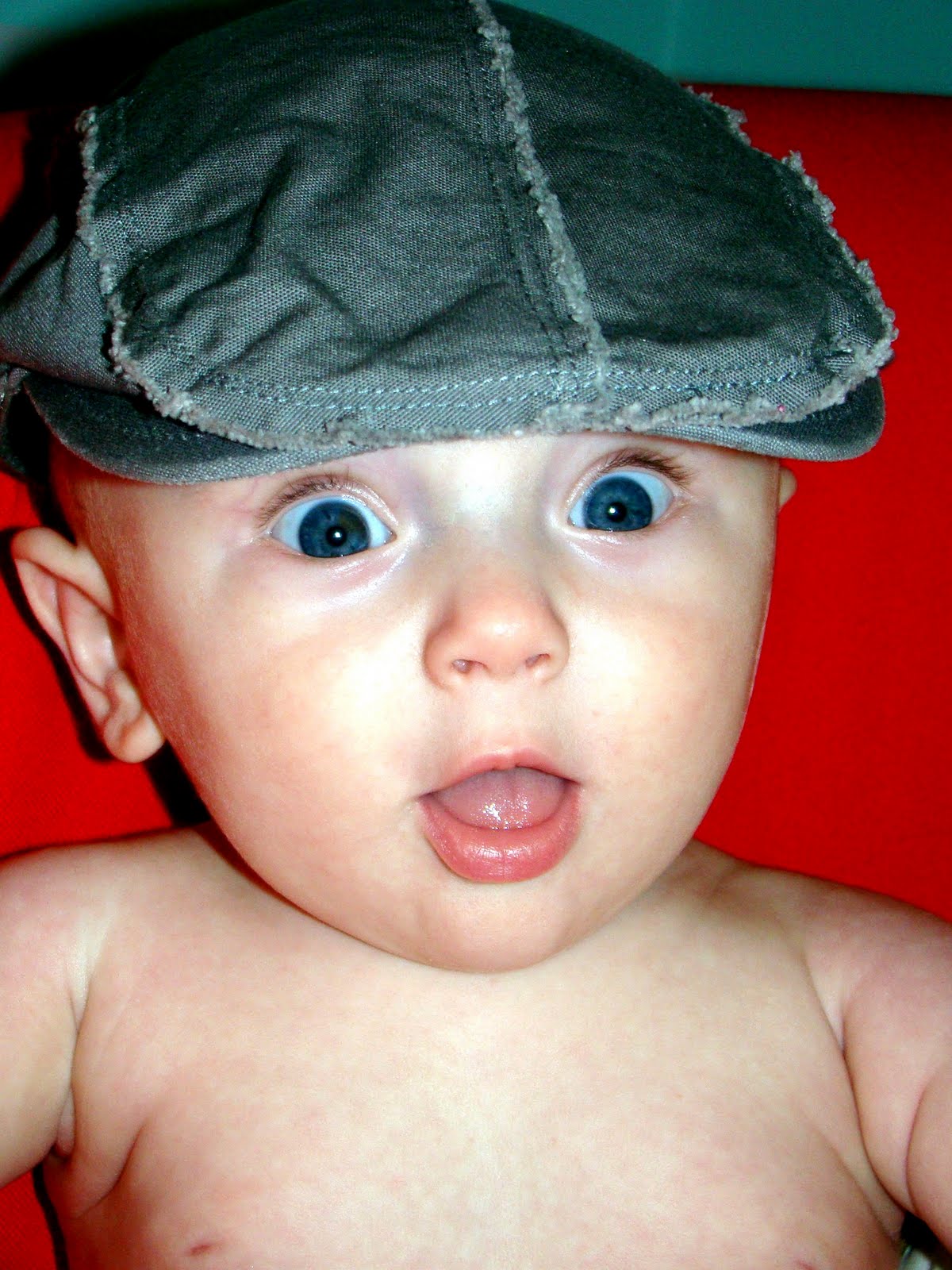 Some of the ways that the book discusses that the pack and play helps a baby develop include: 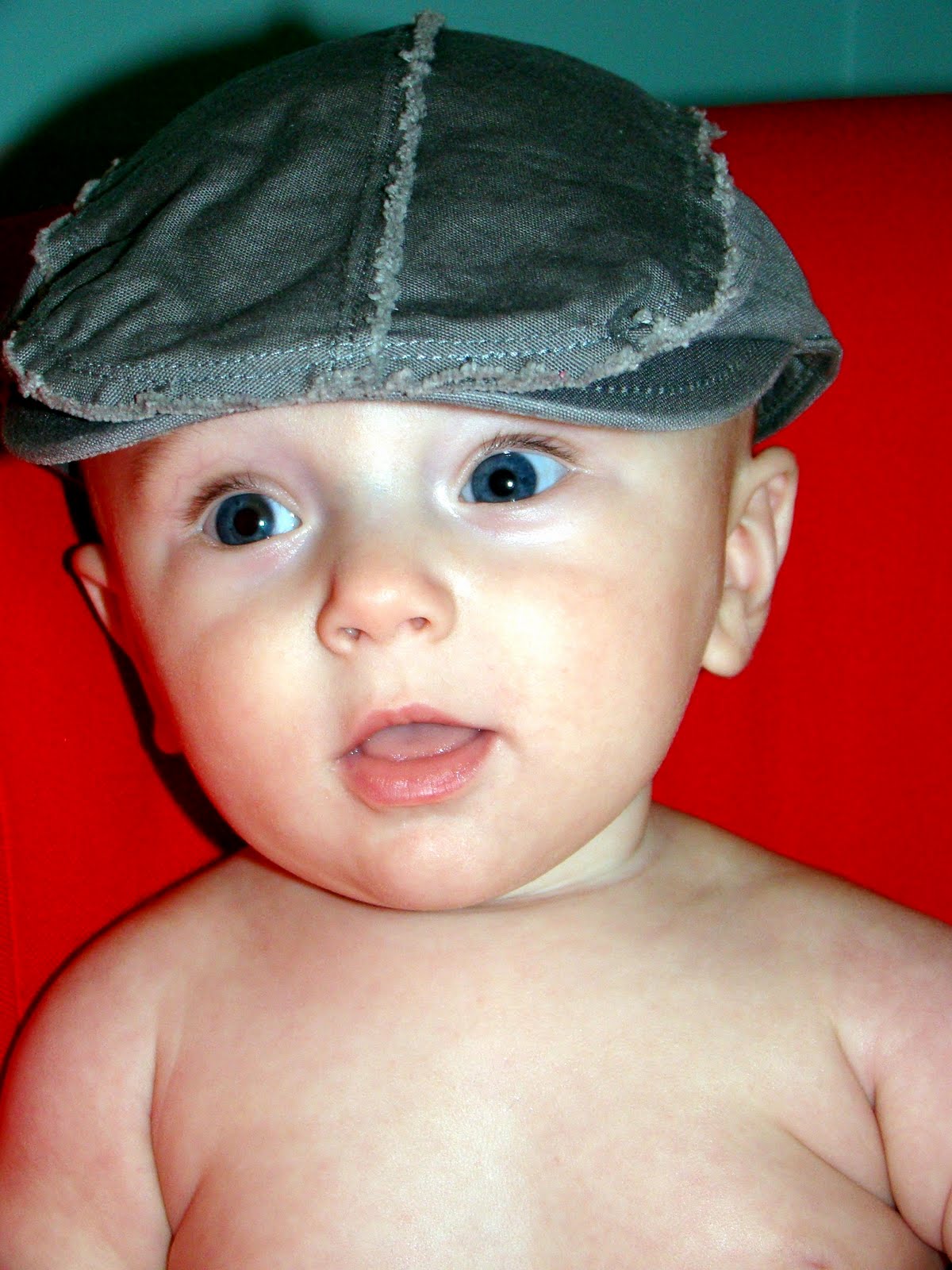 The book says to schedule independent playtime at the same time everyday and to do it soon after the baby eats so that way they will enjoy it the most (and not be fussy b/c they are needing a nap). It says to select age-appropriate toys and to put them in a basket at one side of the pack and play so the baby can play with them and you can put them back in the basket for clean up time. The most important thing to remember with independent playtime? It’s independent meaning the baby by themselves and try to make it so they can’t even see you! 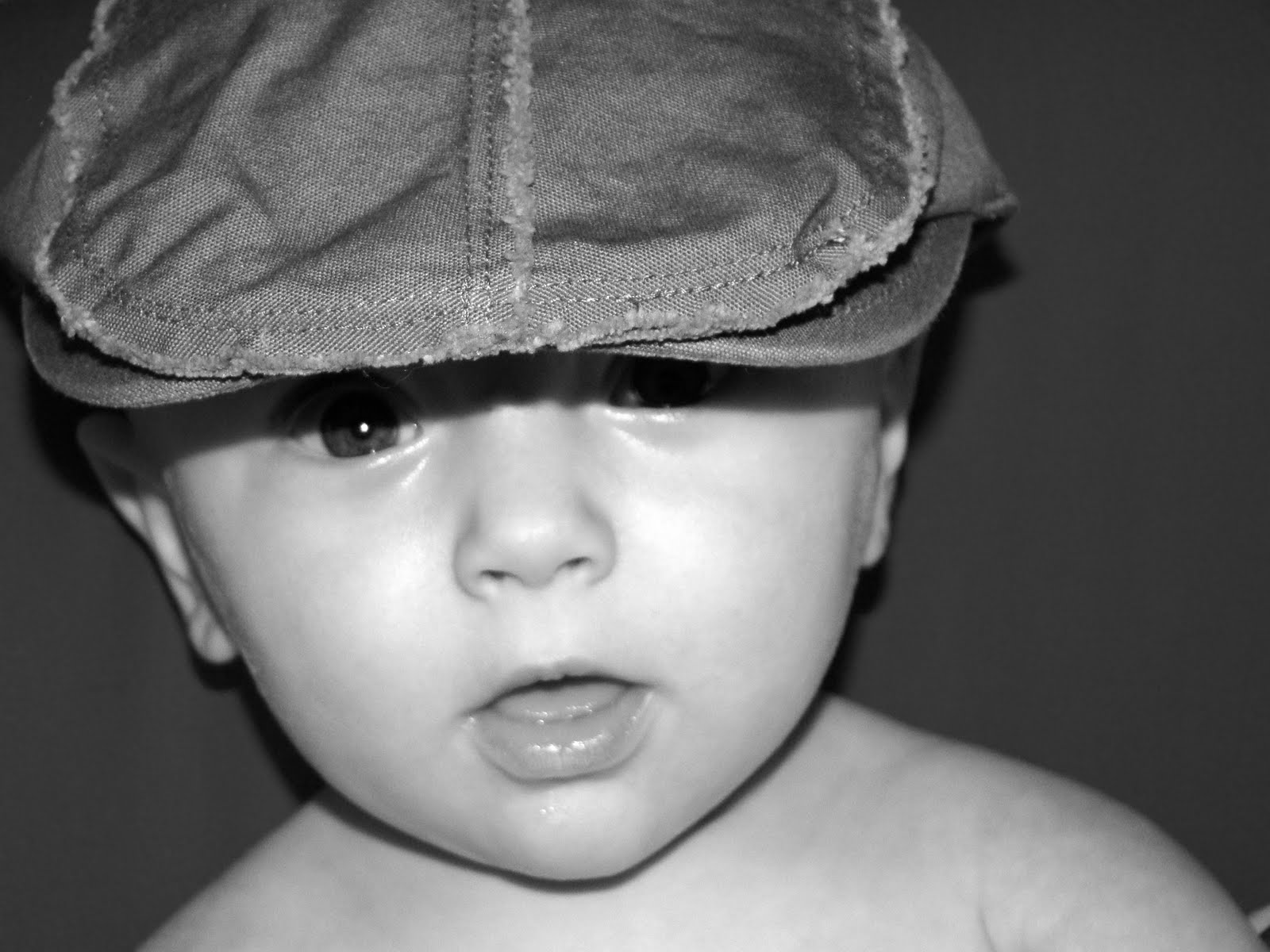 I was a little nervous to start independent play. As I mentioned in another post I read this book when he was 4 months old but I didn’t start independent playtime until he was a little over 5 months old and there are still days when we doesn’t get any of it in. The book says that for the first few months he should be in there 10-20 min twice a day. Once he’s a solid sitter then he should be in there 15-30 min twice a day. Once crawling it should be 30-45 min once a day. Between 15 and 20 months old he should be up to 1 whole HOUR either in the pack and play or in his room!!! An hour! That will be some extra Mommy time for sure 🙂 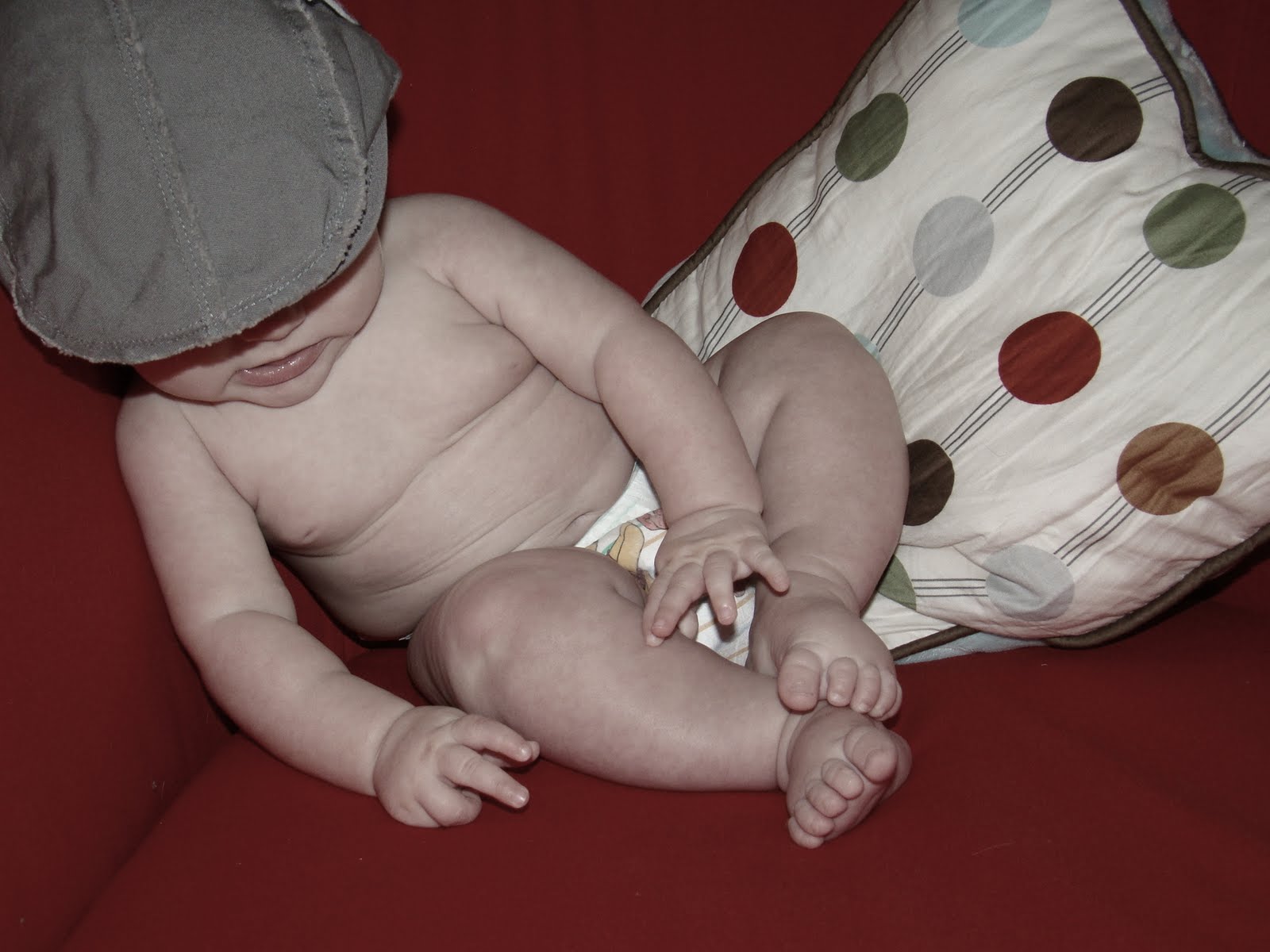 When we started with independent playtime it went very slowly. He’d only last like 3 min then he’d cry. To me, it’s supposed to be a fun thing and if he’s crying then I end it. Slowly it’s gotten longer and longer and now he is precious during it! He laughs and rolls and rolls and plays and talks and just has a great time. He’s lasting now 15 min easily and often even longer!

Something I’ve started reading about through the Babywise Blog is “blanket time.” It’s just like time in the pack and play but on a blanket instead. I plan to start doing that next week as I think it’ll be VERY beneficial! There are times I want to be able to put Kye down to play but don’t have the pack and play with me so having a blanket would be easier and it’d be great to be able to trust him to actually STAY on the blanket!!! I know when I go get my haircut I’m always wondering what I’ll do with Kye and I end up holding him the whole time so being able to put down a blanket and trust him to stay on it would be so awesome!!! I think that will be a little tougher to get him to understand and obey but why not start it now while he’s not crawling yet ya know? 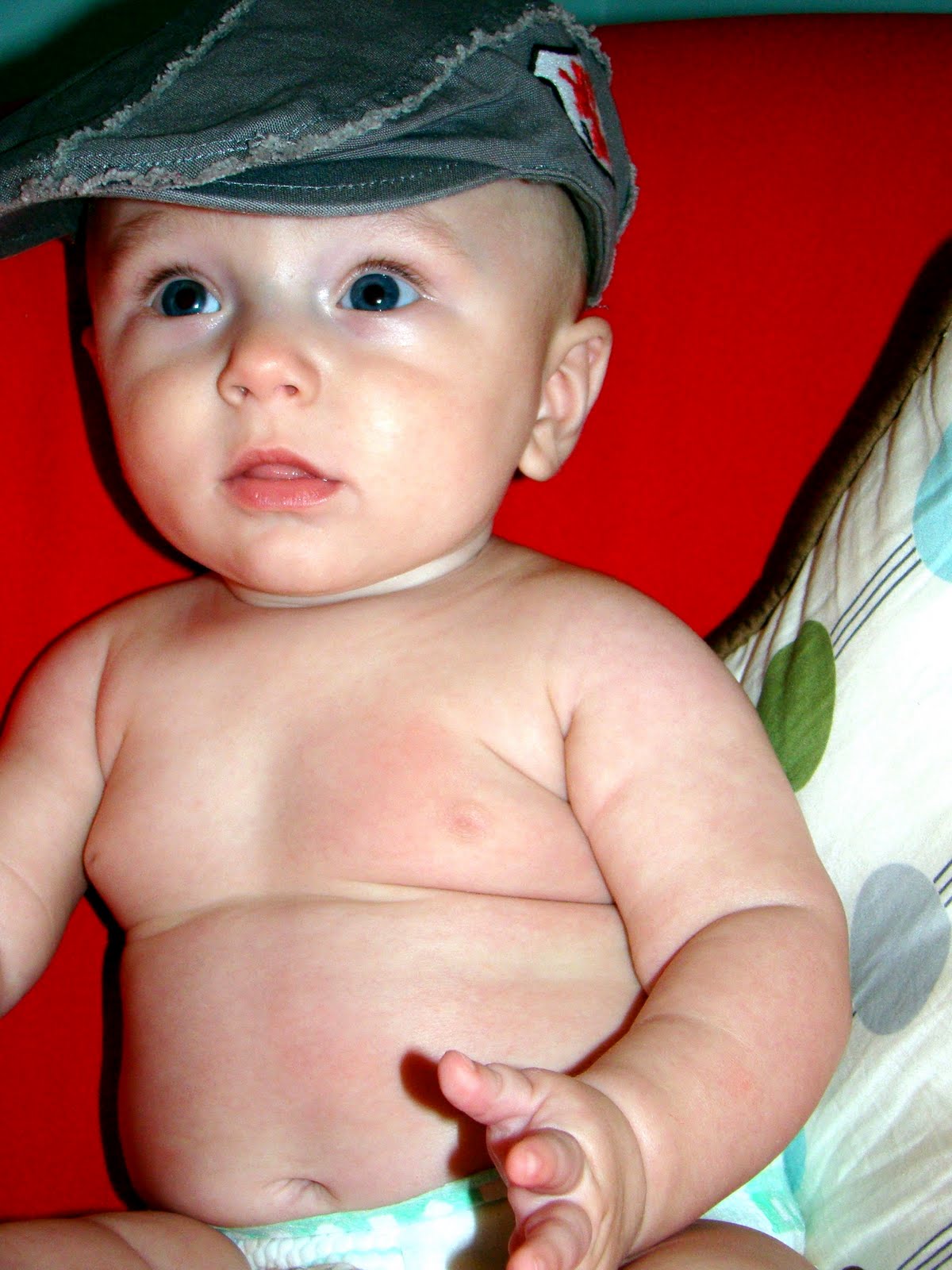 Along with independent playtime being introduced, I’ve also had to get more on the ball with the Your Baby Can Read series. Since we started him early on it (at 3 months old) so I haven’t been making it a major priority in his day. I decided he needs to be watching the first video once a day and once he drops his evening nap (around 6 months old) then we’ll incorporate watching it a second time. He LOVES the video and we’ve met people who have done the series and have seen great results so I feel like it something worth pursing.

With all the changes that have taken place at the 5 months old age marker it’s been a little tricky to re-adjust his schedule. We had to make time for eating solids, make time twice a day for independent playtime, re-figure when we’d go on walks, and get more strict about Your Baby Can Read. 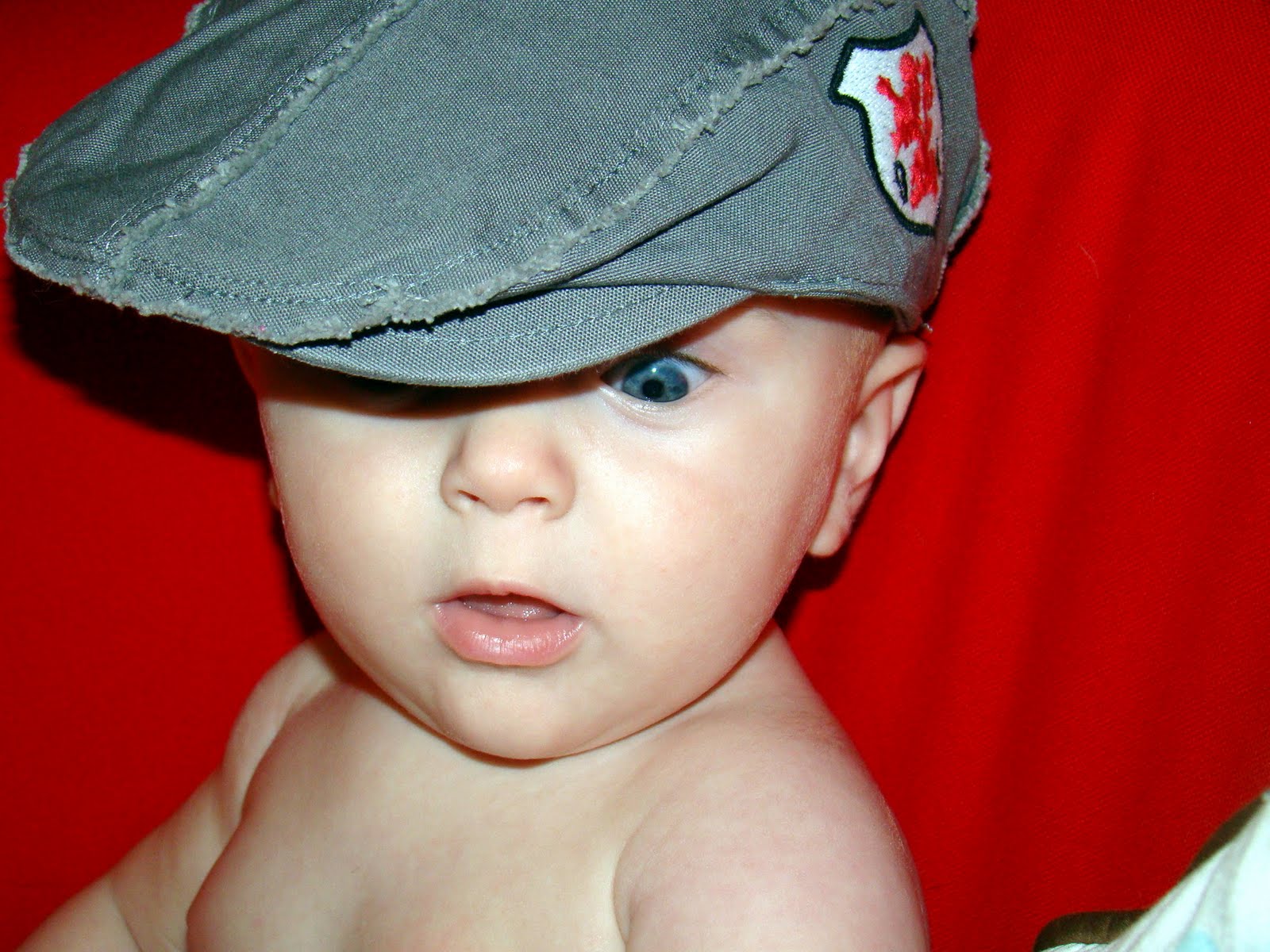 I’ve worked hard this month on getting a more solid schedule so Kye will know what to expect at each time in the day. Here is what his schedule looks like now:

12:15ish: eat lunch with Mommy and Daddy (meaning he sits with us while we eat, he doesn’t eat) 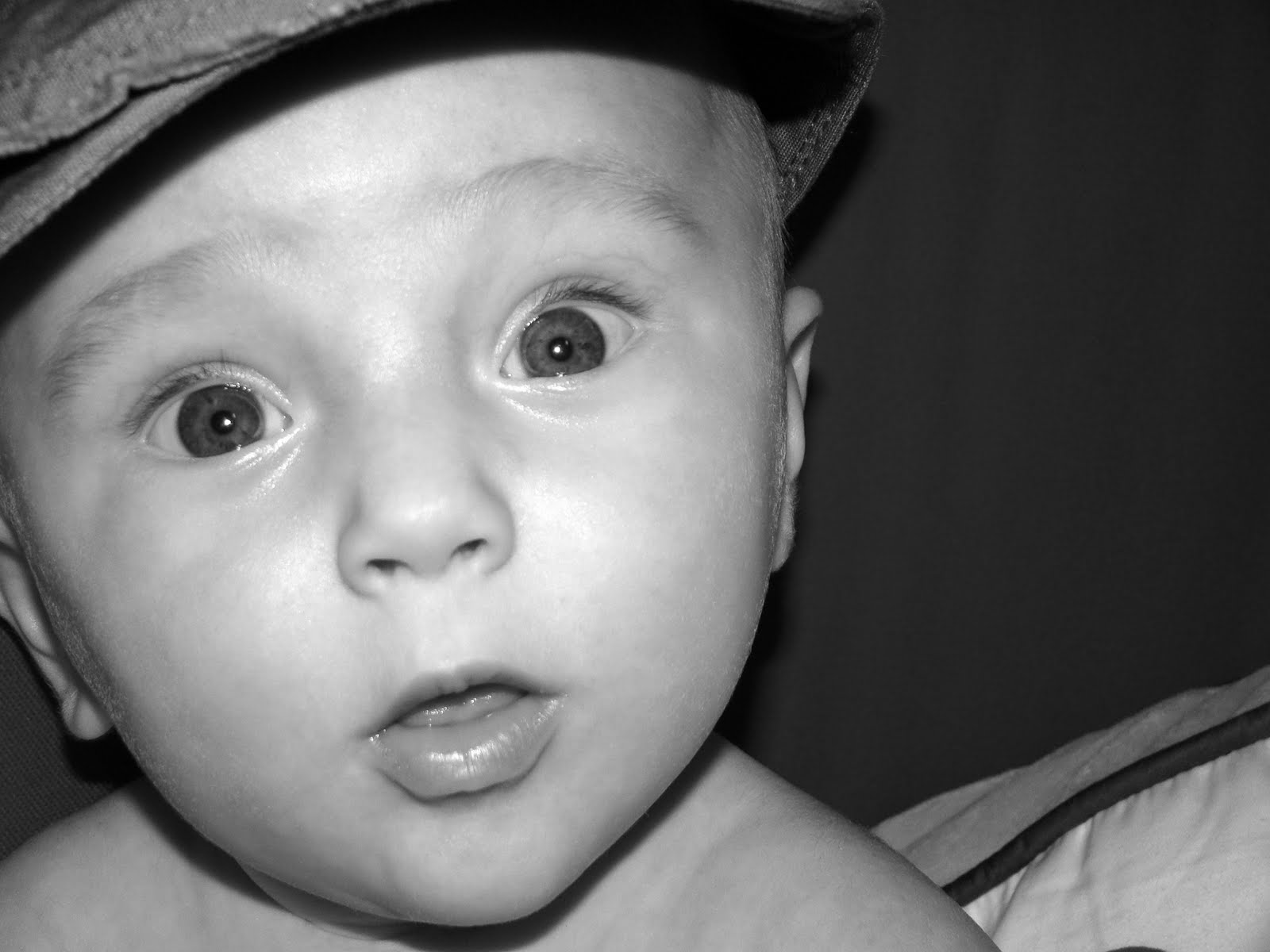 I’ve started doing “settle down time” which I think is important. I made it up myself but if it’s close to his nap time and we’ve been hyper then it’s harder for him to fall asleep so I’ve started to have that little window of time be a time that we relax together. We may read a story, sit and watch the dogs play (his favorite activity), or just cuddle. But it helps him transition to nap time.

I’ve also become religious about my morning walks. We go EVERY morning! I’m so proud of myself for that! It may not be some awesome work out but it’s 20-30 min (sometimes more) of me getting off my butt and doing something so it’s better than nothing 🙂 It earns me one “activity point” a day extra with Weight Watchers (so I can eat one more point which helps!) and it’s so good for Kye. I like that he gets to go outside and get some extra Vitamin D 🙂 And I enjoy the time as well as it starts my day off on a good note. Now that he can swing I often go down to the playground and play with him a little while there before heading back home. It’s something I really enjoy doing and I especially like it when Zach gets up and joins us! It’s great together time and is something I hope I can continue to keep a priority in my day! 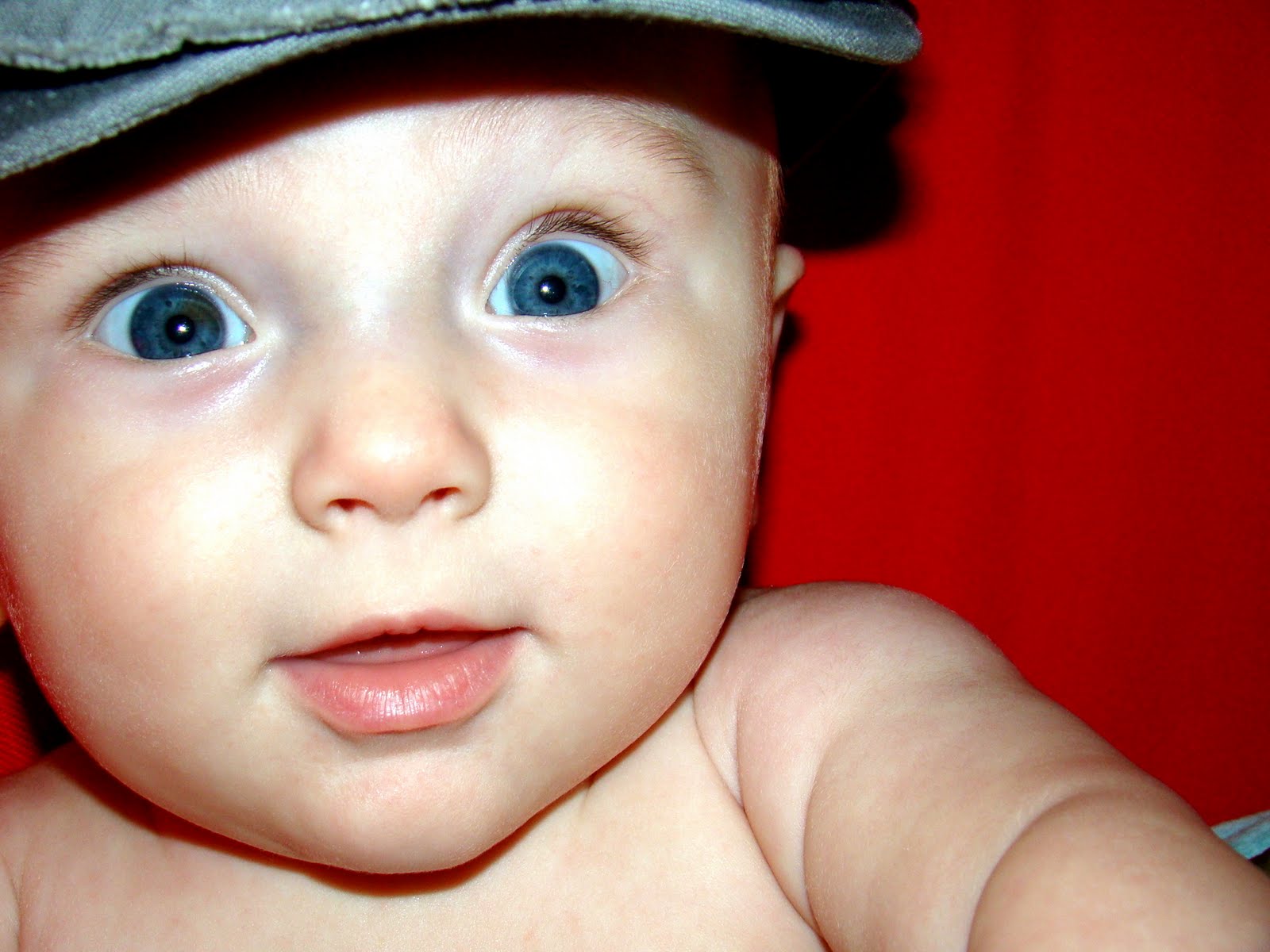 As he enters his 7th month more changes are coming our way! As he’s getting older he’s going to need his last nap (the 5:00 one) less and less so we’ll slowly be working on cutting that out of the day and it’ll be down to just a little catnap at some point. I’m excited about this as I think we’ll be able to do more instead of having to worry about Kye’s nap! It’ll be easier to go out to eat and I think more fun at the nights we’re home. Right now Zach will get home and Kye’s napping so he really only gets to see him from like 7:30 until bedtime!

Also once he gets that last nap down to a catnap I plan to incorporate the second viewing of Your Baby Can Read. I just don’t think he has enough awake time in the day right now to allow him to sit for 40 combined min a day in front of the tv! Ugh! I don’t mind the 20 min he’s doing it right now but 40 is just too much! However, once that nap is gone an extra 20 min for me to prepare dinner would be nice 🙂 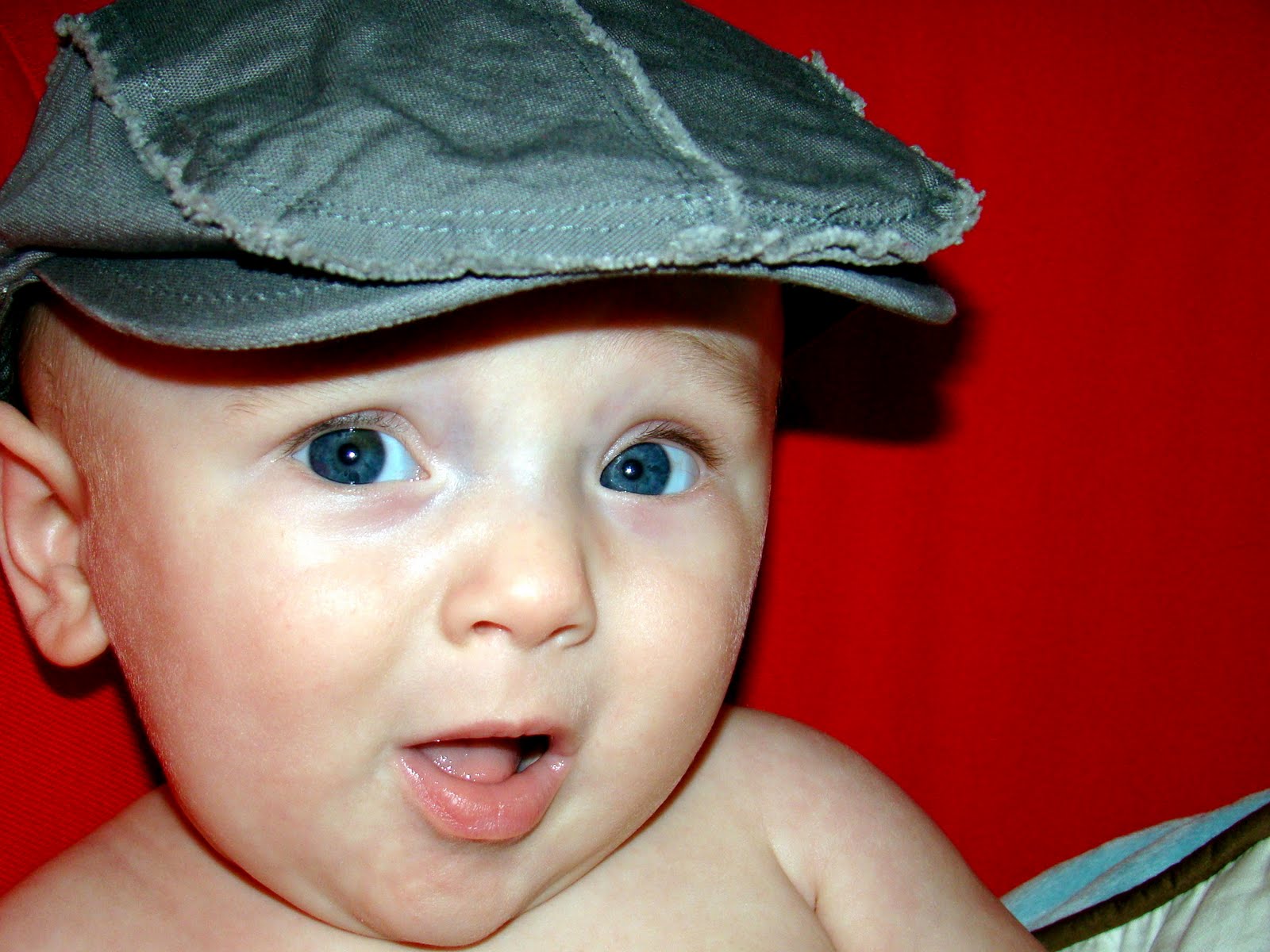 While it’s been a tricky month with lots of changes I think I’ve done a pretty good job of figuring out a schedule that works for our family. Most days goes just how the schedule is listed, but I’m not so hardcore that I revolve my life around it. Someone wants to get lunch? He misses that independent playtime and we bump Your Baby Can Read to the 3:00 awake time. No biggie! We have to be somewhere in the morning? We skip the walk and do what needs to be done. I feel like when we’re at home and it’s a “normal” day that part of my job (I’m an at home mom…it’s a JOB) is to provide this structure. But if our lives take us other places and we’re not at home then it’s okay if he doesn’t get the playtime or the movie or the walk. I AM hardcore on the naps and the eating times, the rest is all extra that I like to do but do not revolve my life around 🙂