Anyone who has read my blog even for a little while knows I don’t go for too long without posting. If there isn’t a new post from me (even if it is a couple months behind “real time”) then something must be going on! This break? It’s thanks to a hubby stuck in our bedroom for 10 days solid (which is also where I happen to blog) and a lack of internet availability (thanks Mediacom).

Rather than jumping back into my chronological order posts, I wanted to do a little update on these past 10 days or so. You can get caught up on what’s been going on with Zach’s back in this post!

Basically I can sum life up around here in one picture: 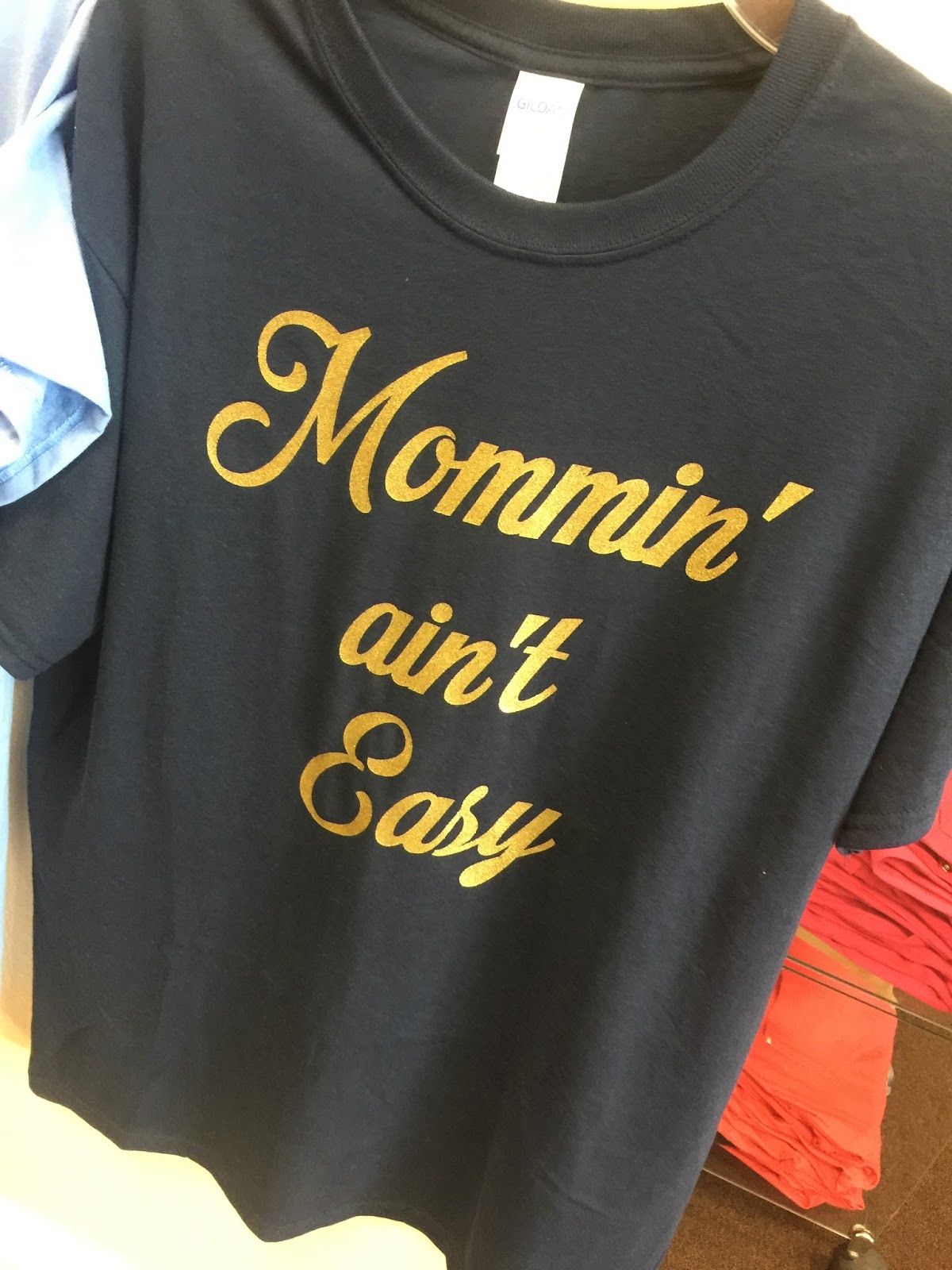 My feelings of guilt I mentioned in that post about Zach’s back didn’t fade, they only got worse. And it seemed like Zach being out of commission made SO many other things become unraveled. I think caring for three kids 100% solo, and keeping the house in order, and keeping care of a bed-bound husband was just a little bit overfilling for my plate! I mean Kye accidentally left the shower liner out of the shower and our bathroom was filled with water, Britt had diarrhea and missed the toilet then tried to clean it up on her own and got it all over our white shower curtain, and Tess jammed 3 corn kernels WAY up her nose. It’s been an adventure around here no doubt!

But I’ve just had to give myself some grace in all this craziness and realize that it’s a short period of time in the grand scheme of life. If the kids eat dinner 30 min late because we need to get out of the house and play at the playground, so be it. If they miss bath for a night (or two…or three) it’s ok. I’m not a believer in just “surviving the day” because I believe we should strive to do better than “just survive.” But some phases of life it’s all you can do is make it through.

I’ve thought so much about women who take care of their spouses for long term. Casey, Keeli and I got froyo recently and saw an older couple there together. The woman said that her husband can’t remember coming there but every time she brings him he always says how much he enjoys it. She fed the froyo to him and cleaned him up and helped support him as they walked out. As they left Casey held the door for them and told them to have a great night and the lady said “it’s already been a great night!” I admire that sweet woman even more now and know if I’m ever in that position I will need to be leaning on the Lord a whole lot because this experience taught me that being a nurse is not my calling. Whew. 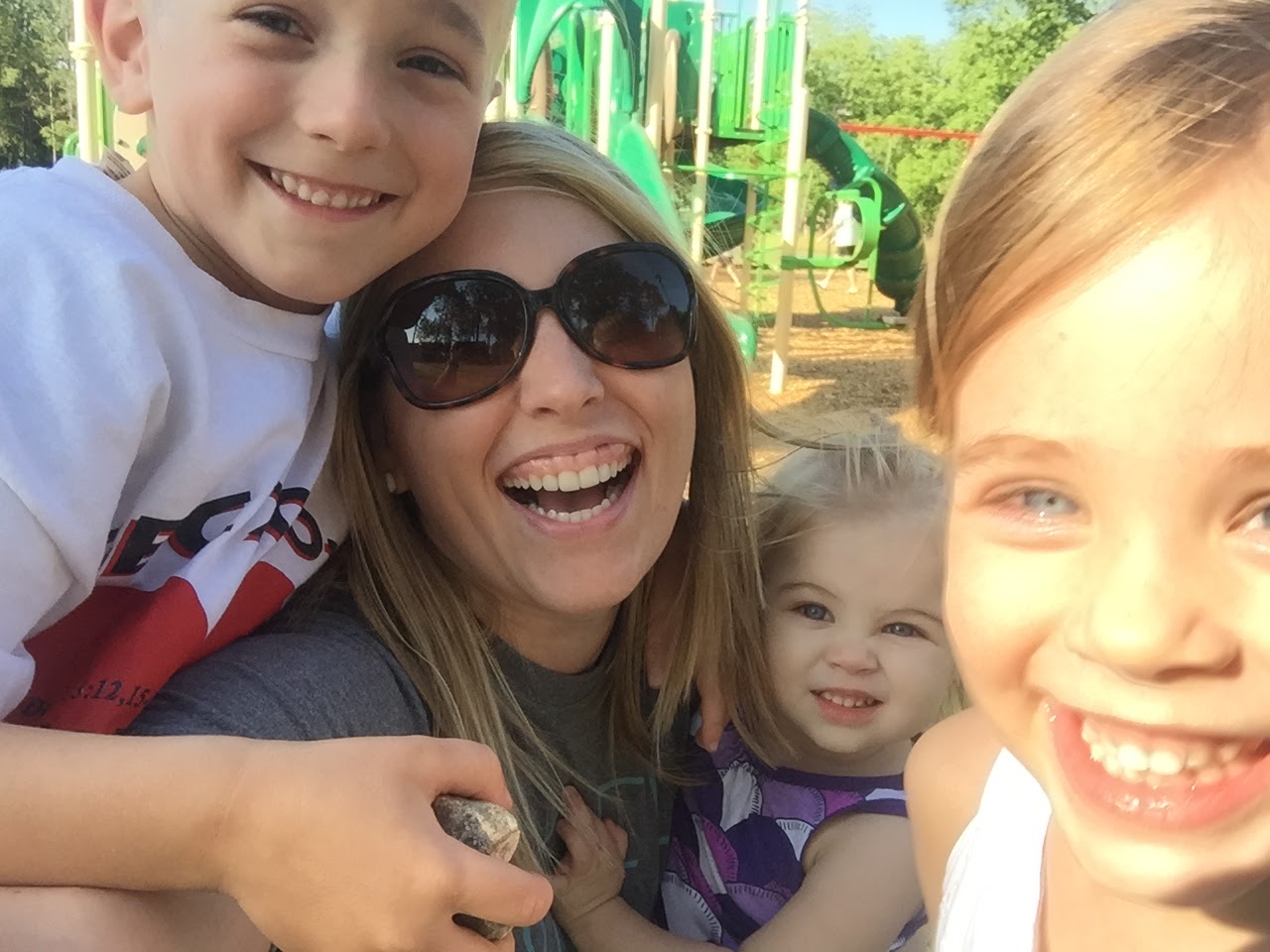 Zach ruptured his disc on Saturday April 30th. On Wednesday April 4th we went to the dr and got the news about needing surgery (post here).  Zach’s pain was bad but it got SO MUCH WORSE. On Friday (May 6th) we had his pre-op at the hospital. It was also free chicken salad day at Chicken Salad Chick so I dropped him off and ran up to get my freebie (and get Zach lunch too…I mean c’mon I’m not that heartless ha! But I do have my priorities in order right? Can’t pass up FREE) then came back for his visit. We were at the hospital FOREVER and sitting for that long just KILLED Zach’s back. His pain level went from a 12 on the pain scale to probably like a 15 after that. I think he can safely say he’s experienced pain worse than childbirth at this point. 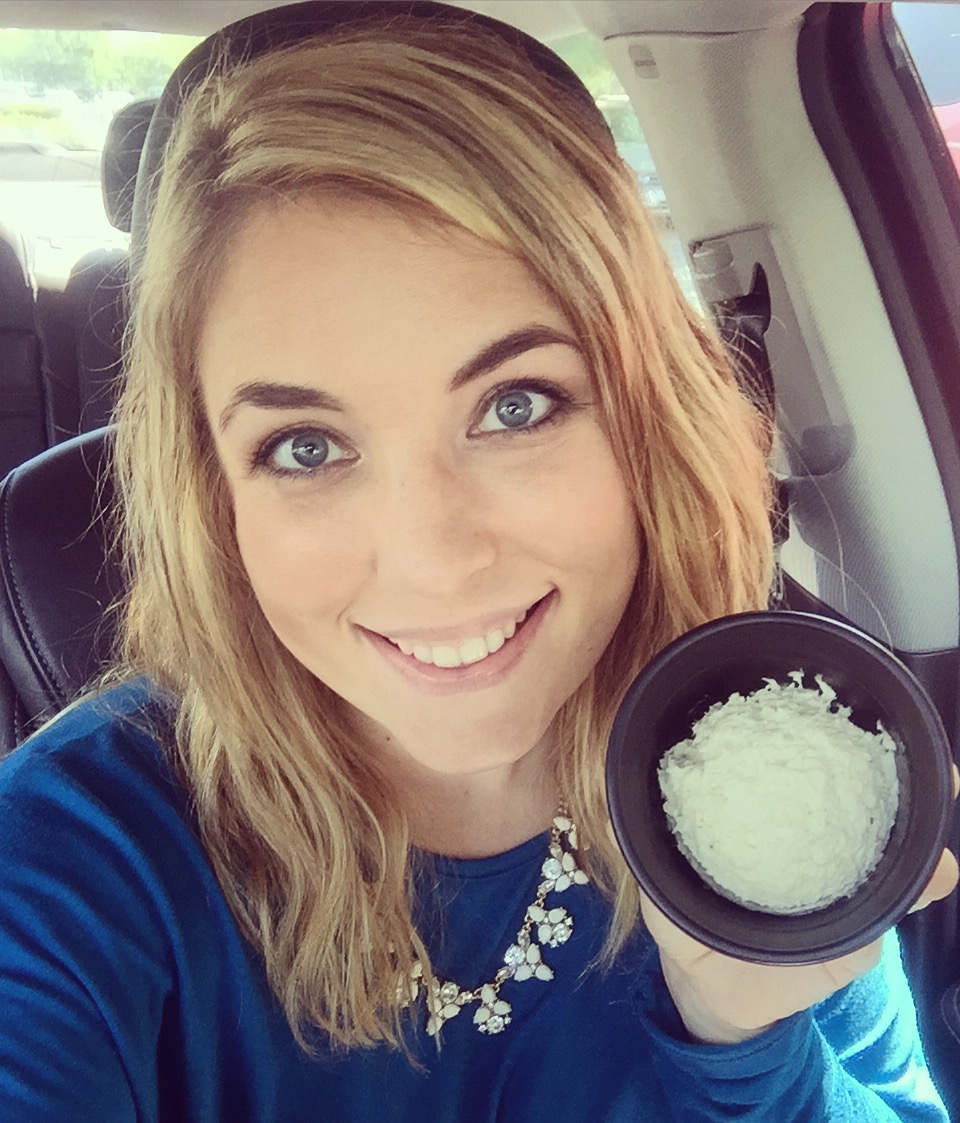 Prior to pre-op Zach was able to lay in the bed and get up and go to the living room etc. He couldn’t walk very well, and was in a LOT of pain, but it could be done. He was also on pain meds that helped manage the pain. Not perfectly, but decently. He could sleep somewhat and we had a good system down. After the pre-op he couldn’t leave the bedroom. It got progressively worse each day. We were super blessed that Little Mama had a wheelchair we could borrow because it was the only way he could get to the bathroom (and sometimes a gatorade bottle had to make do as it was too painful to even get out of bed). I’m thankful for the recliner we have next to our bed as he’d go there to eat but by the time surgery day came even sitting up at all was impossible. Y’all should have seen him trying to bathe. He was legit laying on the bathroom floor shaving.

It was literally SO hard to see and I don’t do well with stuff like that. I don’t like to see men in a weaker state. I remember Mr Rusty in the hospital and it KILLED me seeing him in that bed. Zach is SO STRONG and seeing him like that just crushed me. I held it together okay in front of him but I probably seemed like a butthole because I just avoided the situation as much as I could.

Aunt Karen sent him some steak after the kids and I ate at her house Saturday night 🙂 We had a good set up for him with his meds and a nice tub of his favorite junk food to keep him going! I slept upstairs (thankful we don’t have a 4th baby yet because that guest room came in HANDY) as he could no longer come close to sleeping through the night. The meds simply quit helping. The pain was beyond anything any meds could even come close to lessening. 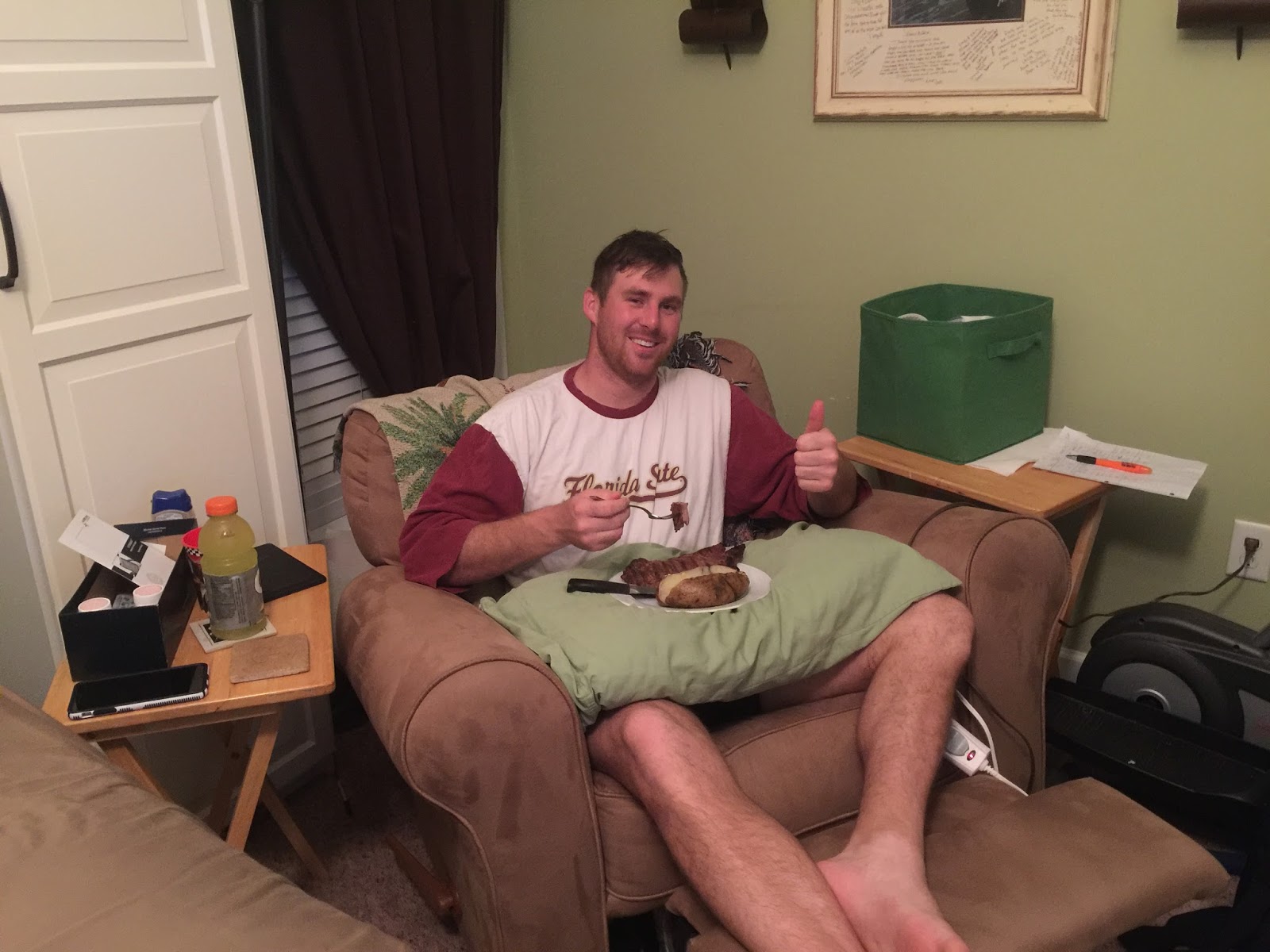 His surgery was yesterday morning. I knew seeing him in that gown and laying in the bed would be hard for me so I tried to wait until the last possible second to say bye to him before they wheeled him out but of course I kissed him bye and they didn’t freaking wheel him out right after so he saw me crying. Ugh. I hated that because I didn’t want him to be going into surgery worrying about me being upset! I’m thankful Mr Rusty happened to be there too as he held me for a minute so I could dry it up. If he hadn’t been there I probably would have just sat in that room balling!

The surgery was a couple hours long and his dr came in and spoke to us (Mrs Charlotte was there with me at that point) after he got finished. He said Zach had TWO pieces broken off of his disc and that it was much worse than his 2010 issues. He said they repaired it all and cleaned it all up and that he “should” (he literally knocked on wood when he said it) feel instant relief.

It was a long day of sitting and waiting at the hospital to be released. Zach was able to sleep some on and off and I just scrolled social media to pass the time. Zach said he instantly felt the pain relieved when he woke from surgery. PRAISE THE LORD. The only concern is that his left leg still doesn’t have strength back in it.

The way it works (from my best understanding anyway) is that the disc in his back ruptured and the pieces that were broken off were pressing on nerves that ran down his leg. During all of this his back hasn’t actually been hurting…the pain is in his leg. By the time surgery day came his pain was all the way into his toes and was just a constant hurting. We both think that the pre-op day was the day the second piece broke off. The dr said the MRI didn’t look as bad as it actually was. Zach and I think that the time caused it to get worse. VERY thankful that Zach trusted his gut and scheduled the surgery right away!

So now that the pieces of disc aren’t on the nerve, the nerves are still damaged. It “should” with time heal itself and he “should” get back the full strength in his leg and foot. We are praying about it and we are SO thankful that he’s no longer in pain, but it is discouraging to still have the lingering leg/foot issue. Zach had just been SO positive and hopeful for a FULL recovery immediately since that’s what he had in his 2010 experience.

It was SUPER strange to get out of the car and for Zach to WALK. He is still pretty crooked with it (that’s what severe pain will do to you…prior to being bedridden the dude had a funky walk going on…it’s like his hip was completely displaced) and he has to shuffle that left foot due to the nerve issues but he’s WALKING. And for that we are so thankful!

For now he has to still continue to rest and recover until the post-op visit next week. He also can’t lift anything heavier than a gallon of milk (aka CHILDREN) for 4 weeks. There is never a “good time” to have surgery but I’m thankful we didn’t have any major plans or any trips or anything going on for a bit! I will keep doing my mama thing and he will keep getting better and better and the kids will keep counting down the days until Daddy can wrestle with them again! I know it’s so frustrating for Zach to not be able to pitch in or to help with the kids just as it’s frustrating for me to have him here but unable to help. We need to keep praying for patience with each other through this experience for sure!

I’m interested to see what the dr says about long term care. Obviously nothing Zach did caused this back issue (we are SO bitter at the guy who hit him…) but we know that moving forward certain precautions will need to be taken to avoid further complications down the road. Strengthening his core will be really important and he bought a yoga dvd which should be pretty entertaining to watch 😉

Thank you ALL for keeping us in your prayers this past week or so. Life throws us curve balls but our faith in the Lord will get us through anything we face. Hopefully we’ve put our last back surgery behind us! I am thankful for the great results so far, for our family and friends who have supported us, and for my husband who I love more than life itself! 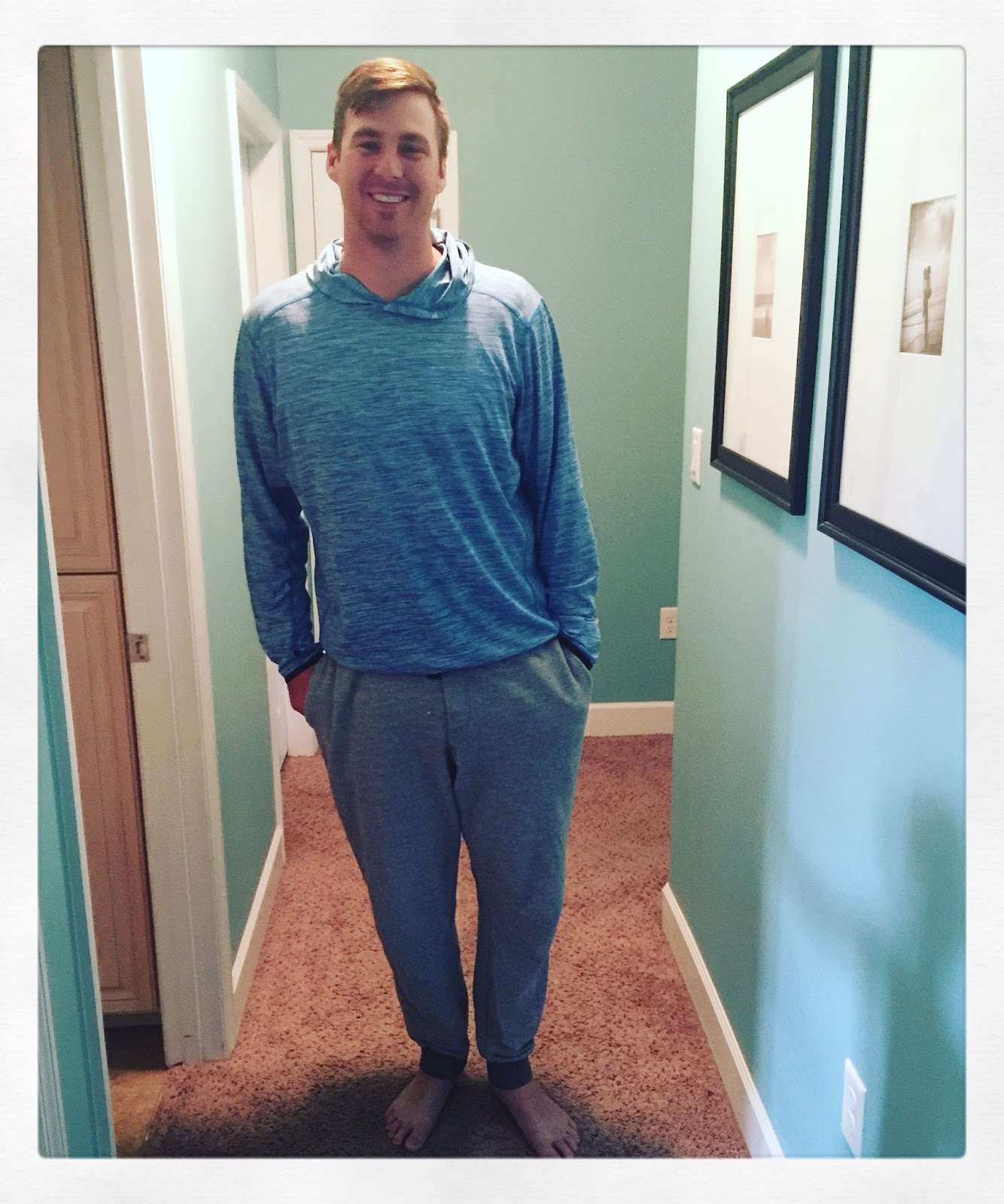