Yesterday at about 3:00 I got “the call.” Like my dad put it, Uncle Spear beat the disease before it beat him. He had ALS (you can read more about his situation here) and it feels like just yesterday he was diagnosed. It’s a horrible, horrible disease that took over his body much too quickly, in under a year. He made the choice to remove his feeding tube as he decided he wasn’t going to let the disease win. He was SUCH a strong man and in such good health and spirits that he lived for fifteen days without the feeding tube. Isn’t that amazing? I know that my dad is so thankful for that extra time they had together as I’m sure the rest of the family is as well.

It was precious to me to hear my dad talk about his time with Uncle Spear these last couple of weeks. During their last days together Uncle Spear could only move his eyes (and eventually not even that) and my dad would read to him. He said he would stop reading because he’d think Uncle Spear was sleeping but then he’d see his eyes flutter as if to tell him to keep going. I love that Dad read Watchers (by Dean Koontz…probably one of the best books EVER) to him as the main character is a dog who reminds all of us of Blade. Blade and Uncle Spear were inseparable. When Blade passed away a few years ago there was even an article in the local paper about him! He was a celebrity at Furman University and he was Uncle Spear’s best friend.

When Uncle Spear went home to Heaven Dad said that everyone was in the room with him. Dad was at his feet when his big brother left us and he said that it was very peaceful. Uncle Spear had actually been unconscious for a couple of days and the family feels that his spirit had left before his body was ready to go. Dad also said that after he passed a hawk was flying over his room. It was Uncle Spear’s favorite type of hawk! I think that God does little things like that for the family to bring peace and comfort don’t you? I know at Nana’s funeral beautiful butterflies were flying amongst all our family and it was such a nice thing to witness and brought a smile to everyone’s face.

Even though we have all had time to prepare for this, you’re never really ready for it to happen. For me personally, dealing with such a situation is easier this time than with Nana. When Nana passed I felt confused about where she was and I laid in bed so so afraid of death. Now (after reading that book I posted about here, called Heaven) I KNOW where Uncle Spear is. I KNOW what he is getting to experience and while I’m so sad for all of us who will miss him, I’m so grateful that I will get to see him again someday!

As I think about Uncle Spear and how much we will miss him, I’m so so thankful that we went to see him in December. I wish we could have gone to see him during these last few weeks but I’m so glad we saw him when we did. When I last talked with him I told him how much I love him and he told me the same and that he was proud of me. We left the situation thinking we may see each other at Brandon’s wedding so it wasn’t such a final goodbye and I like that. I like that it wasn’t an “I”ll never see him again” situation because I WILL see him again!

There will be a visitation tomorrow evening and then the funeral is going to be Monday. Zach and I had planned to go to Melbourne for Easter with Mom this year but we talked about it and really want to be with the family right now. I adore Uncle Spear and I know if we just went up for the funeral that we would regret it. I want to be there to honor him and to comfort my Dad and the rest of my family during this hard time. I am so thankful that I was there for the whole week when Nana passed and I want to do everything I can this time around as well. So we decided to put Easter on hold (Kye doesn’t have a clue anyway!) and we’re leaving for South Carolina in the morning. We booked a hotel, where Brandon and Chrissy are staying as well, for Sat and Sun nights and we’ll be returning after the funeral on Monday.

Pray for us as this is the longest car trip we’ve taken with Kye and it may be interesting! Thankfully we got a REALLY nice hotel room (we named our on price on Priceline which was so so so nerve-wracking/exciting) and we should be very comfortable there. It has a separate living area where we can stick Kye and an indoor pool for some entertainment during the downtime on Sunday!

Please continue to keep all of the Sedgley family in your prayers. Especially my Aunt Cheryl as I cannot imagine dealing with this awful disease and now being without her husband and best friend. Some people in the world are the type of people you never forget and Uncle Spear was such a person. He was the guy cracking the jokes and always being silly but also a man who loved the Lord, loved his family, and always did what was right. I hate that Kye will never know him as I hope he’s the type of man my son someday becomes.

I love you Uncle Spear and cannot wait to see you again in Heaven. In my mind you are there, wearing a yellow flannel shirt, with Blade by your side while you watch the birds together. 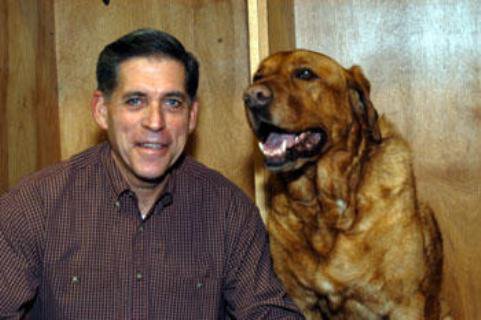