I read the Babywise Blog allll the time and I read all her little tips about the upcoming time change. I figured it wouldn’t be that big of a deal. We’d hold Kye off from eating the extra hour in the morning then he’d be right on schedule! Sunday we woke up at our normal 7 which was the new 6. Kye was wide awake and hungry, as always, so we all just took turns playing with him and let him keep the paci. I also stayed away from him the best I could so he wouldn’t want my milk! 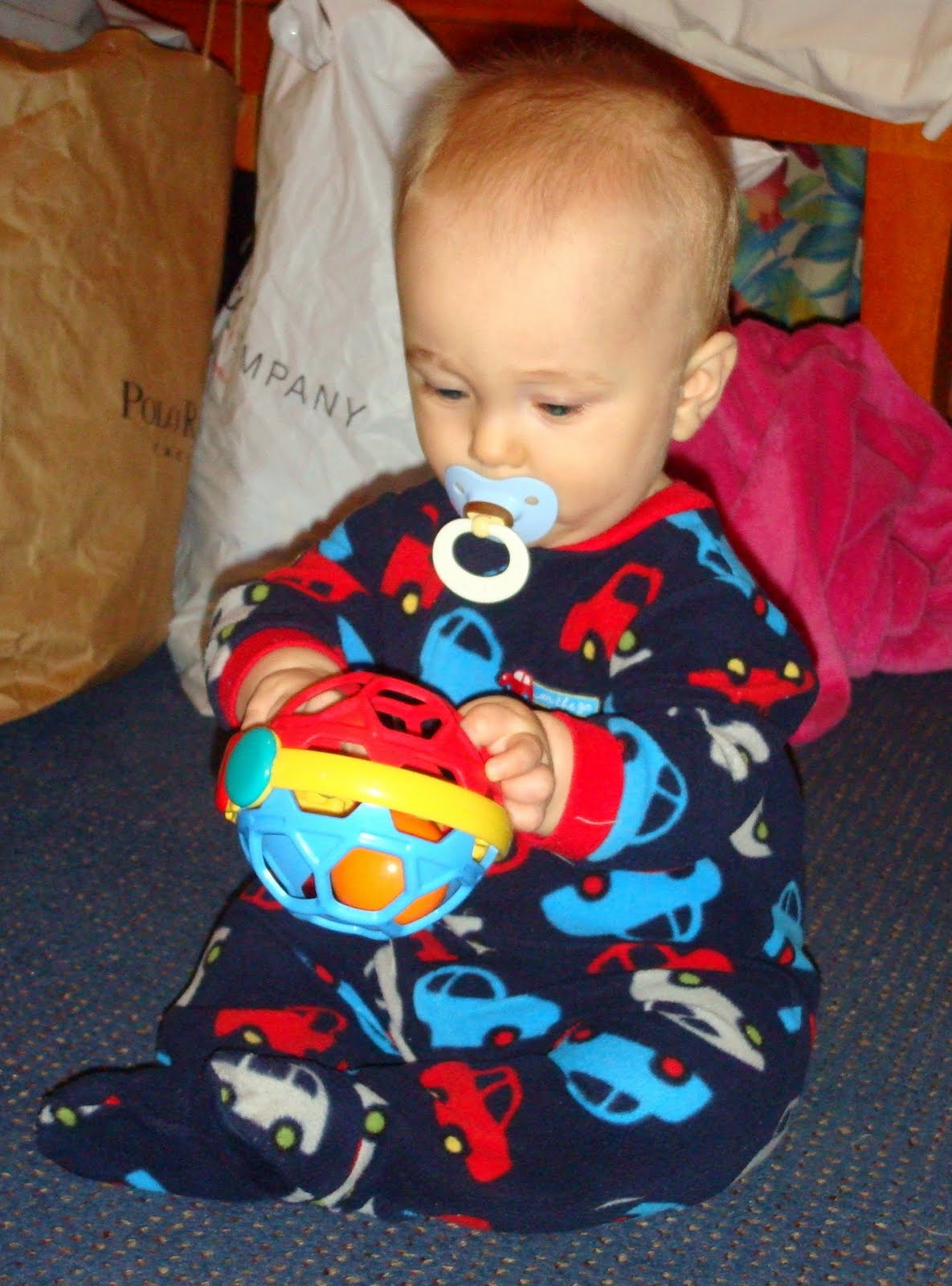 It seemed to work out fine. He played great and wasn’t fussy at all! I fed him and got ready and left him with Mom when we went to Disney. She was super excited to spend the day with him and I feel so so so bad b/c when we got back she filled me in and he was pretty fussy all day. I realized why…ummm the time change!!!

Just because he ate at the right times doesn’t mean that automatically he was adjusted. He was TIRED (he didn’t get the extra hour of sleep people get with the time change b/c he woke up the same time that he does every morning). His body was ready for a nap an hour earlier each nap time than he actually went down. His body was also hungry an hour before he actually ate. And he was READY to go to bed for the night an hour before he actually went to bed. I felt like an idiot for not realizing this but at the same time I felt a little annoyed (a first for me with Babywise!) because I wasn’t very well warned!

Sure the Babywise Blog Lady gave tips for adjusting the schedule but didn’t really emphasize what a big deal it was going to be and why. It took him 3 days (just as Babywise says it takes every change!) to adjust and yesterday he took a super long afternoon nap (3 hours!) and since then he seems good to go.

Did it suck? Heck yeah! But would I change it? Probably not. The Babywise Blog Lady moves her children slowly, like 15 min a day, until they get adjusted to the new time. I just can’t imagine doing that and how screwy it would make everything. I’ve never really eased Kye into changes, I just change and he adjusts. Even though I feel bad that it was a pretty tough day for Mom and even though I had a couple rough days afterward, he got it figured out and is now right back on track!

I love that he is soooo on his schedule and that even a change like that doesn’t stop him from staying on it! I’m glad I learned this lesson for next time although I know Spring Forward is much easier on the schedule because you wake him up an hour earlier which will be MUCH easier than trying to get him to sleep an hour later 🙂