Every day Facebook notifies me to check out “On This Day.” To take a look back at all the memories posted on Facebook on that exact day for every year that I’ve had an account. Usually it’s a quick minute of fun. Looking back at old photos. Embarrassing posts that were made back when Facebook was much, much different than it is now. Fun albums from when Katie and I would comment obsessively on everything with all of our inside jokes.

But sometimes I wish there was a way to pick and choose what memories Facebook has us see. Some flashbacks in time we really don’t want to relive or re-experience. At the same time, some moments in life are unavoidable to remember. Even if there isn’t one single post regarding that moment, any photo or memory from the time surrounding that moment will trigger those emotions and that memory.

Some moments in life are a clear marker of “before” and “after.” As a mom this is often to do with kids. My life is divided into time periods of “before marriage”, “before Kye”, “before Britt” and “Before Tess.” Sometimes big events happen that will forever create such a marker.

For our family such a moment happened a year ago.

When I think back to this time last year I see it in slow motion. I feel like everything moved so slowly. Like the days and moments crawled by. Every emotion felt deeper and lingered longer.

When Zach first called me that day saying I needed to call the eye doctor because he couldn’t see, I didn’t overly panic. I thought it was weird. I thought maybe he was overly tired or being dramatic about it. The eye dr saying he needed to go to the ER asap is what made me realize something was seriously wrong. My most vivid memory is the day after. Wondering around Hobby Lobby. I had to get costume supplies for a dress up day for Kye at school. I walked around for almost 2 hours talking to Zach. Going through details over and over again. Continuing to come up with reasons why it would all be okay, excuses for what must be the reason behind all the weird symptoms he was having. Surely it was just exhaustion. Stress. At worst maybe a vision issue?


When you get married you make vows. You promise to love each other. Stand by each other. Support each other. Through no matter what life throws at you. Every marriage will face hard times, trials. Moments that define you as a couple and can either make or break you.

We’ve experienced “tough stuff.” Hurt and pain. Disappointments. Heartbreak. But nothing rocks you to your core as a couple like a life long disease staring you in the face.

We’ve seen other couples go through unimaginable pain. The loss of a baby, a child, an adult son. We’ve seen couples hurting and grieving and battling. We’ve seen couples deal with unemployment, health concerns and marital disconnect. As an outsider watching these experiences it’s easy to see when couples come together stronger through their times of trial and when they deal with things separately, creating a divide between them.

Many couples don’t make it through such big life moments. They deal with the big moment in different ways. They become incompatible and a divide widens between them, making it super difficult to reunite and come back together.

It’s EASY on the outside to say “if/when we face a big life change, we will work through it together.” But really? It’s not a choice. When those times come, you deal and cope the best way that works for YOU. The way that gets you out of bed in the morning. The way that you need to survive each moment in that pain. You can’t decide how you need to cope. And neither can your spouse. Maybe you both handle it the same way, need the same things. And if so? Consider that a big blessing. Because more than likely you’ll need different things. Handle it in different ways.

We were like that. This life altering news affected us in very, very different ways. Zach immediately put on the positive face. I’m talking like before we’d even left the dr office he was FINE. Here he is this strong, young, healthy man being diagnosed with a potentially disabling life long disease and he took the news like he did when he found out FSU’s game against Miami was canceled due to the hurricane. Actually, he may have taken the football game news harder than the MS diagnosis.

He was quick to accept the news. Quick to say he knew he’d be fine. Quick to be so sure that he’d find a plan of action to live a normal life. Quick to have that faith and assurance that this wouldn’t define him.

While I admire that ability, it’s far far far from how I needed to cope. I needed to fall apart. I needed to work through all the worst case scenarios. I needed to think about life with him in a wheelchair. I needed to grieve for the life I’d always thought we would have in order to accept the life we might possibly have to live.

I felt selfish that I had to hurt the way I did. That I had to break down. That I was the “healthy” one yet I was the one who was taking it the hardest. That I couldn’t be stronger for him. That I knew seeing me afraid and scared and upset only made him upset. The only time he cried about the news was when he told me how much it hurt him seeing me hurt and feeling like it was his fault that I was hurting.

We were disconnected. I had to find support in friends during my darker moments because I couldn’t burden him with that pain. He needed to live life as normally as possible, put the big picture/long term concerns out of his mind. I needed to plan and plan and plan for the possible futures so I could accept them. I had to work through my own process in order to be able to give it all to God whereas Zach was able to give it over to the Lord right away. Our walks were different, and instead of walking towards each other we walked further apart.

I think the crucial thing in our different paths of coping was recognizing that they were different. That we didn’t have to deal with this life altering news in the same way in order to come together through it. We had to respect each other in what we needed, and allow for each of us to have those needs met.

Once the dust settled. Once the acceptance phase of the coping process came about. We were able to meet back. Our paths came together. And they came together stronger than they were before.

Actions speak so much louder than words. Standing there on our wedding day and promising forever…we thought we meant it then, but we know we meant it now. We promised “for sickness and in health.” And here we are still promising a no-matter-what-life-throws-at-us promise. There is such contentment that comes in facing a life changing moment and knowing that it didn’t break you. Yes we dealt with the news differently, but even in my weakest moments I never thought “Well that’s it! Time to trade Zach in for a healthier model!”

Our love is unconditional, unwavering. My concerns for our future were practical (Like hello if he’s in a wheelchair we will need in home care help b/c no way can I lift him!) and personal (Zach is such an alpha male, a wheelchair will kill his spirit) and selfish too (I love that Zach is an alpha male, how would our relationship change for roles to be more reversed? For me to have to care for him on many levels?). But they were never doubtful that we’d face whatever the future may bring together.

Here we are. One year later. I’m filled with so much emotion looking back on this past year. Even though we’re on an awesome game plan for treatment and feel super confident that our future won’t be including any disability (and especially no wheelchairs!), I can’t help but to flashback to those feelings and fears from a year ago.

So much can change in a moment, an instant, and so much can change in a year. We went from symptoms to diagnosis to already changing plans of treatment all within a very short span of time. I remember crying in the shower and just praying for time to pass quickly. I wanted to fast forward to a time where we’d be adjusted to a new normal. And here we are, only a year later, and we’re already at a point where MS isn’t in the forefront of our minds. It’s not something we ever dwell on or discuss. I don’t have nightmares about the future. I don’t cry in the shower. I don’t see Zach differently than Zach. He doesn’t have any limitations on himself and never would anyone think of him as “Zach with MS.” He’s still just Zach to all those who know him.

Even though it’s not something we dwell on or allow to define us, it’s still there. It always will be. A life long diagnosis is going to be a life long change. But some of those changes are blessings. I don’t see “Zach with MS” when I look at him, but I do see the man who I love unconditionally. The man who I know loves me the same way. I see our blessings all around us and don’t take any of them for granted. I see a future that is filled with love and joy and appreciation for each other. I see a bond that can’t be broken and have an unwavering confidence that no matter what other challenges lie ahead that we will get through them. Even if we have to cope differently for a time, we will always come back to each other and each struggle will give us greater strength.

Something I always think of during tough times is that God is Good. He’s always good. His goodness is everywhere, all the time, in every single trial we may face. It’s there. He’s there. I’ve seen Him more in my life over the past year or so than I ever have before. I’m so thankful for His unwavering love and His constant goodness. I’m thankful that He takes care of us. I’m thankful He has wisdom beyond what we can understand and I love the opportunity to see His plan unfold in our lives. 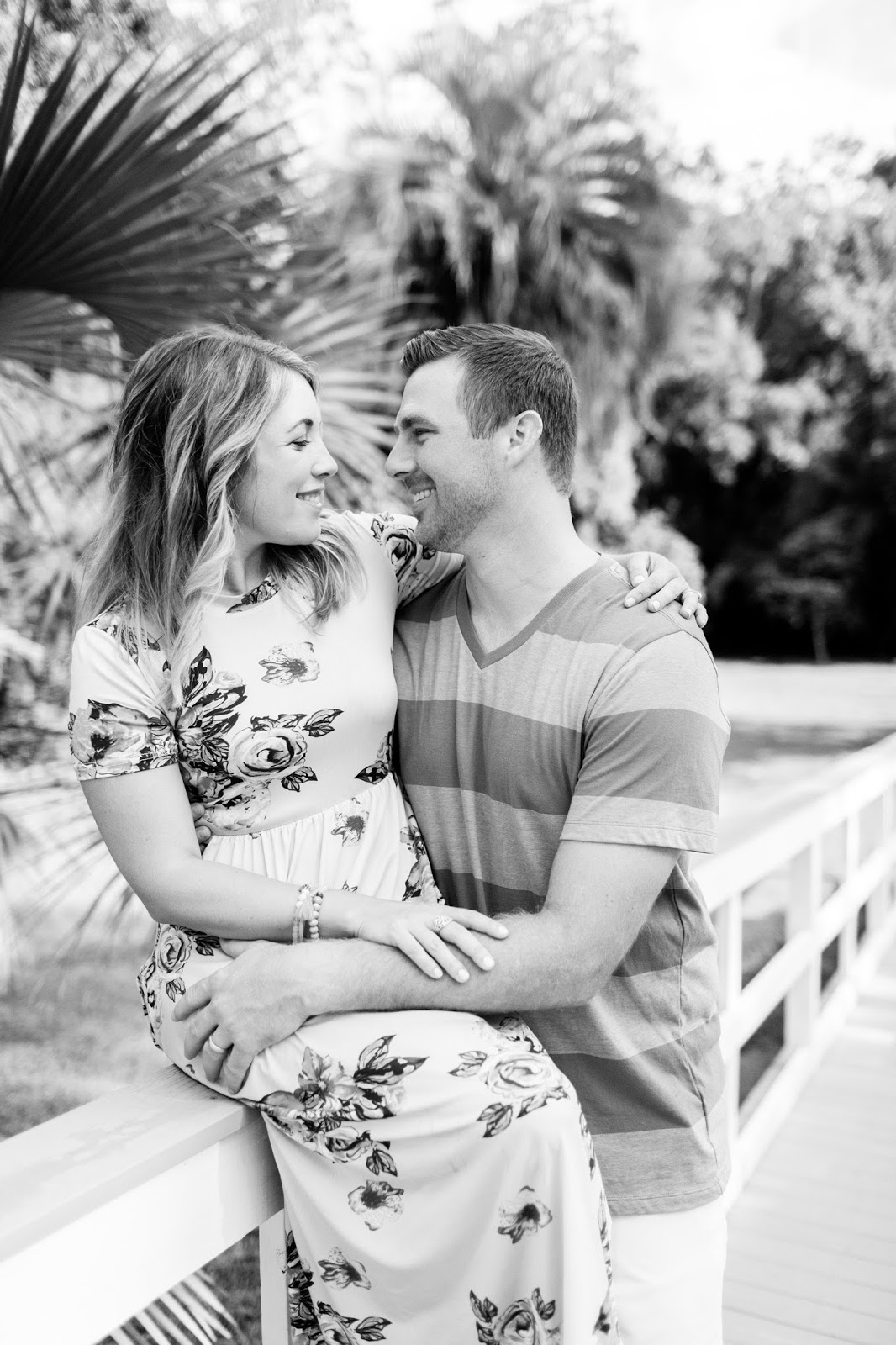 image by Captured by Colson