Now that Kye is in kindergarten, he looks more forward to breaks from school! This year he and Britt had off the entire week of Thanksgiving. I LOVED having them home and it worked out great as we started several of our Christmas traditions early (post to come) and also it gave me more time to focus on Britt’s upcoming birthday party (post to come too!).

Zach worked most of the week but the kids and I had a good time at the house together. We also went out to eat as a family of 5 for the first time! We let Tess have her cat nap in the car seat and went to eat at Pizza Hut. Kye has the Book-It program at school and earned a free pizza by reading at home each day. I remember Book-It from when I was a kid! Love that he gets rewarded for reading, especially since it’s something we always do anyway 😉

Kye was very proud to be buying his own pizza 😉 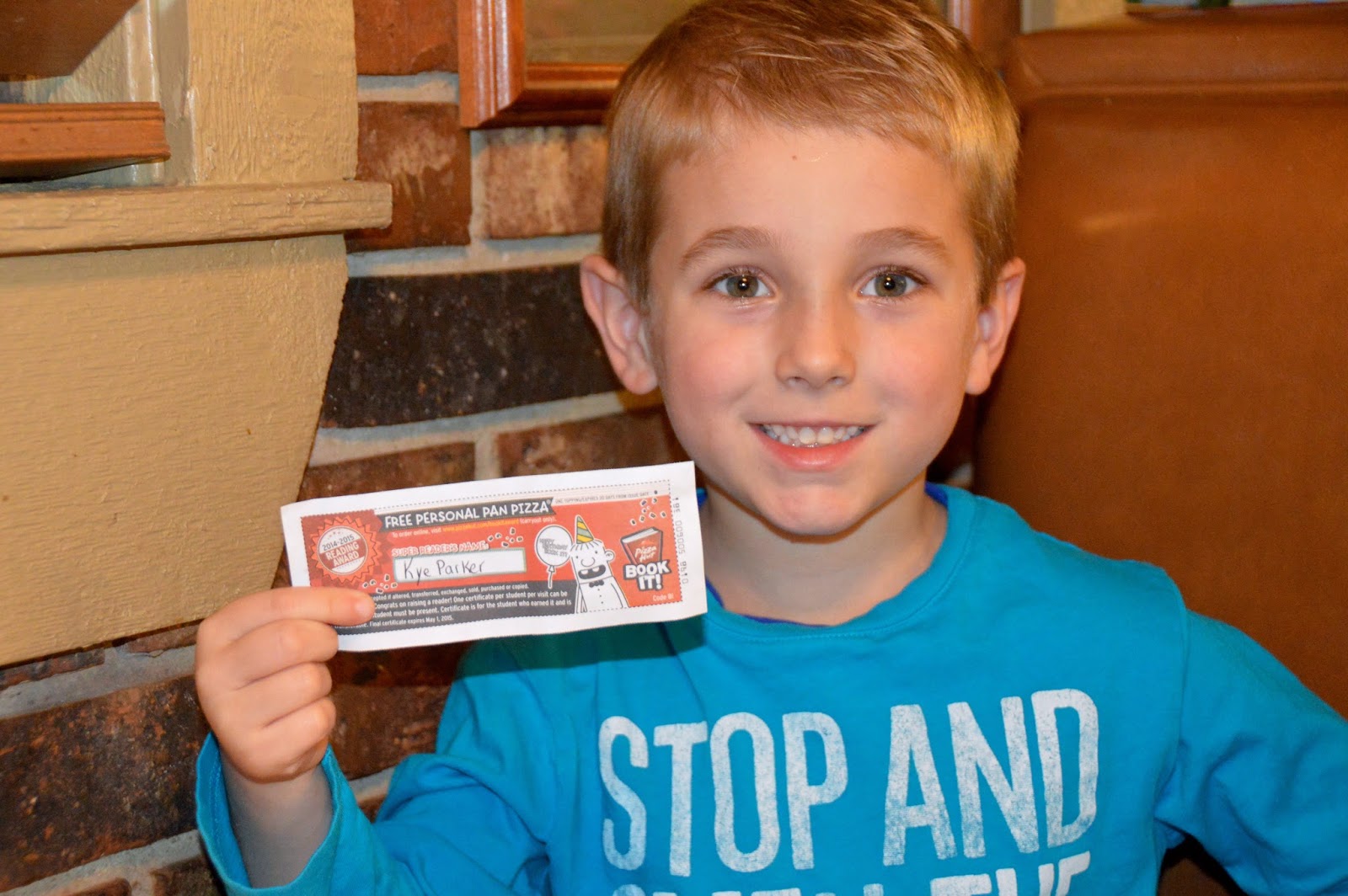 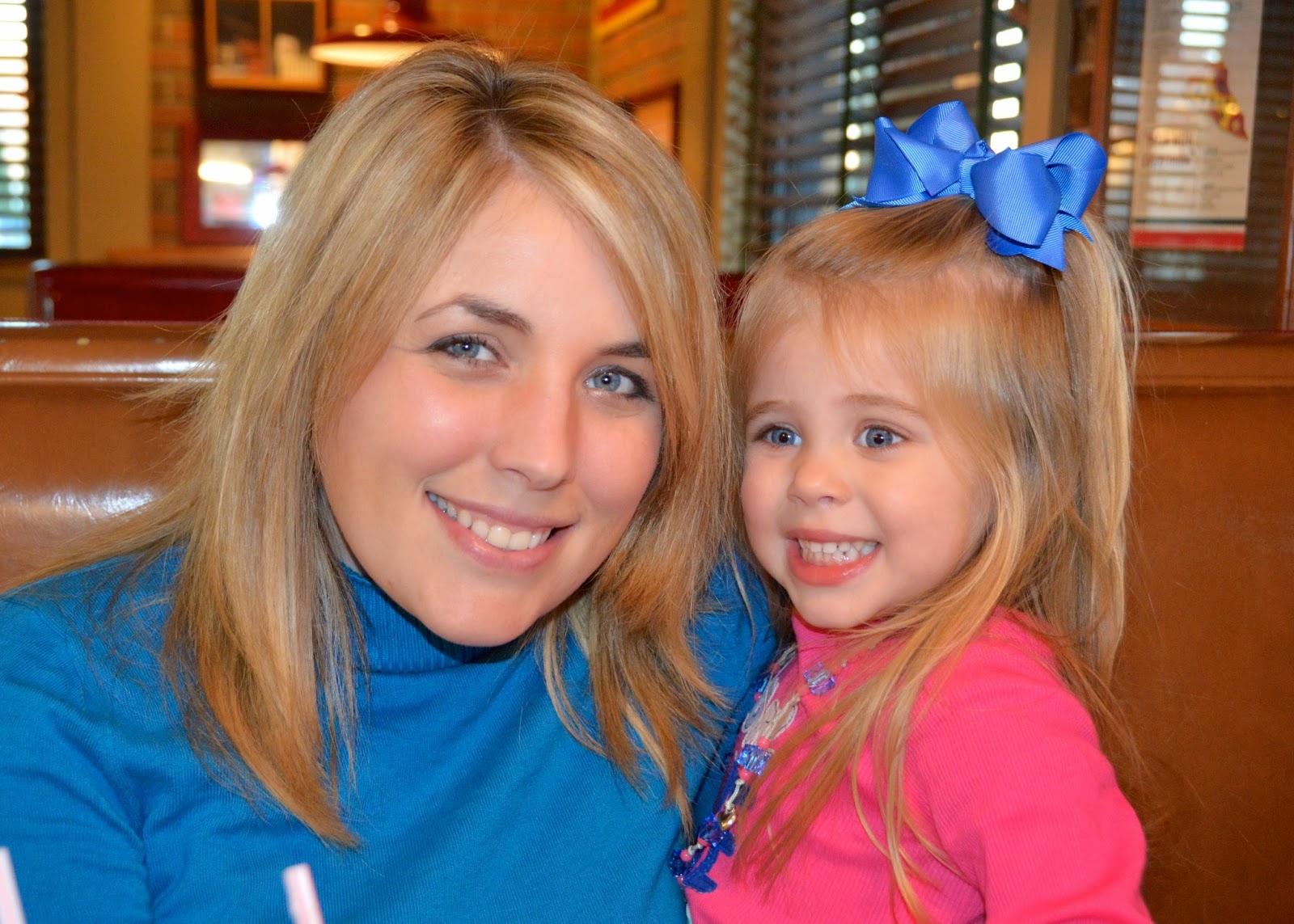 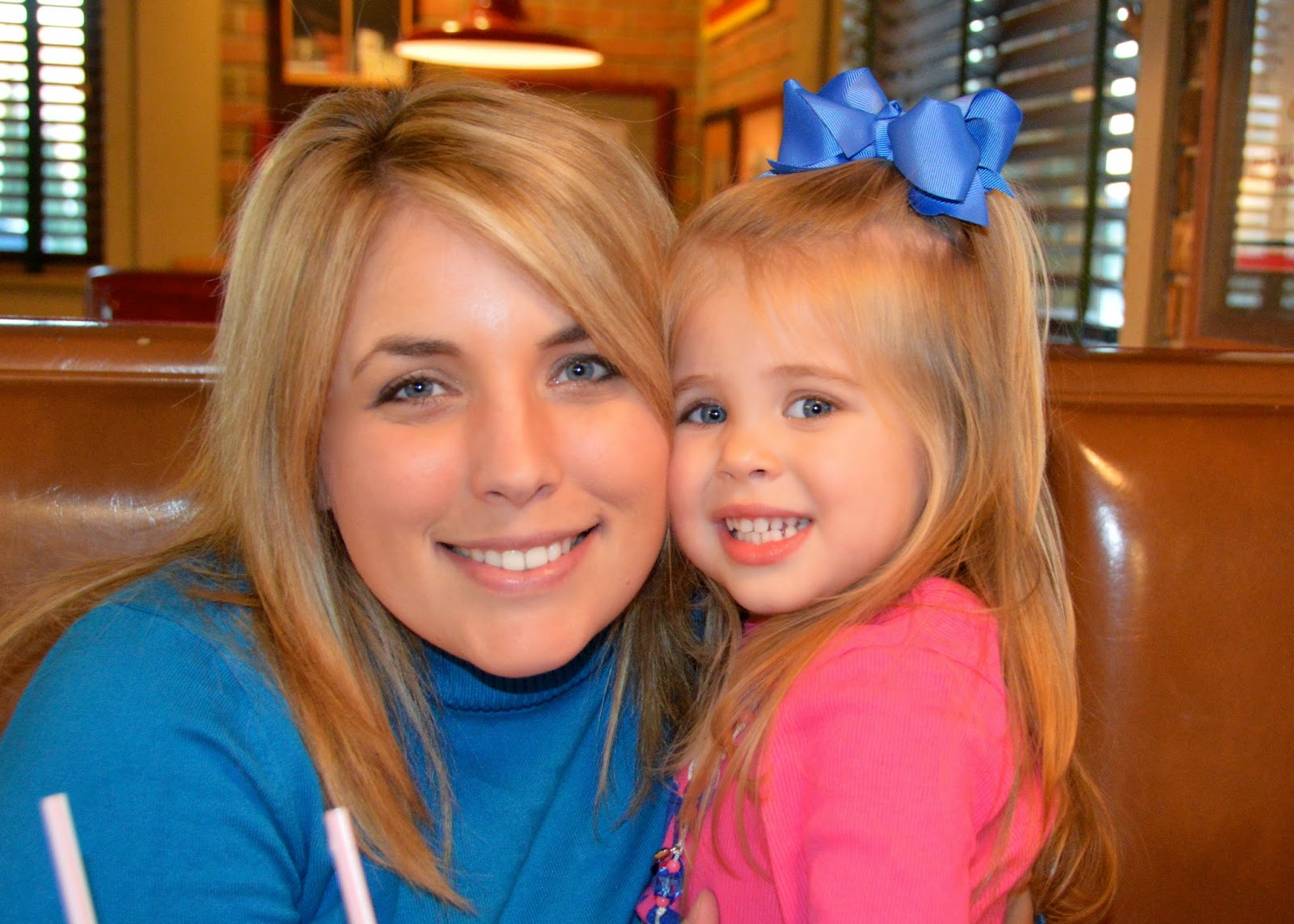 I was all excited about the girls’ matching outfits but Tess was not in the mood for a picture haha! 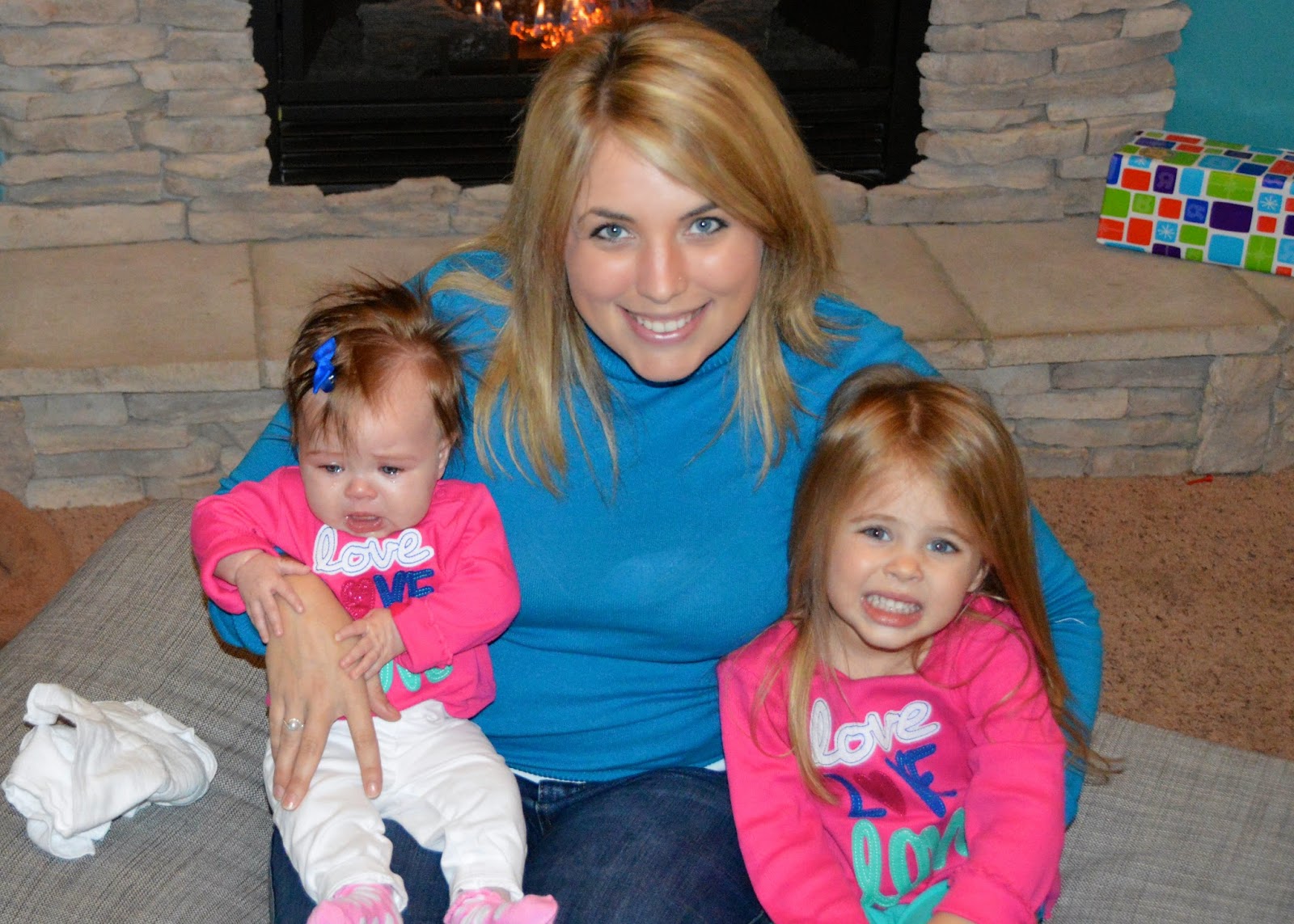 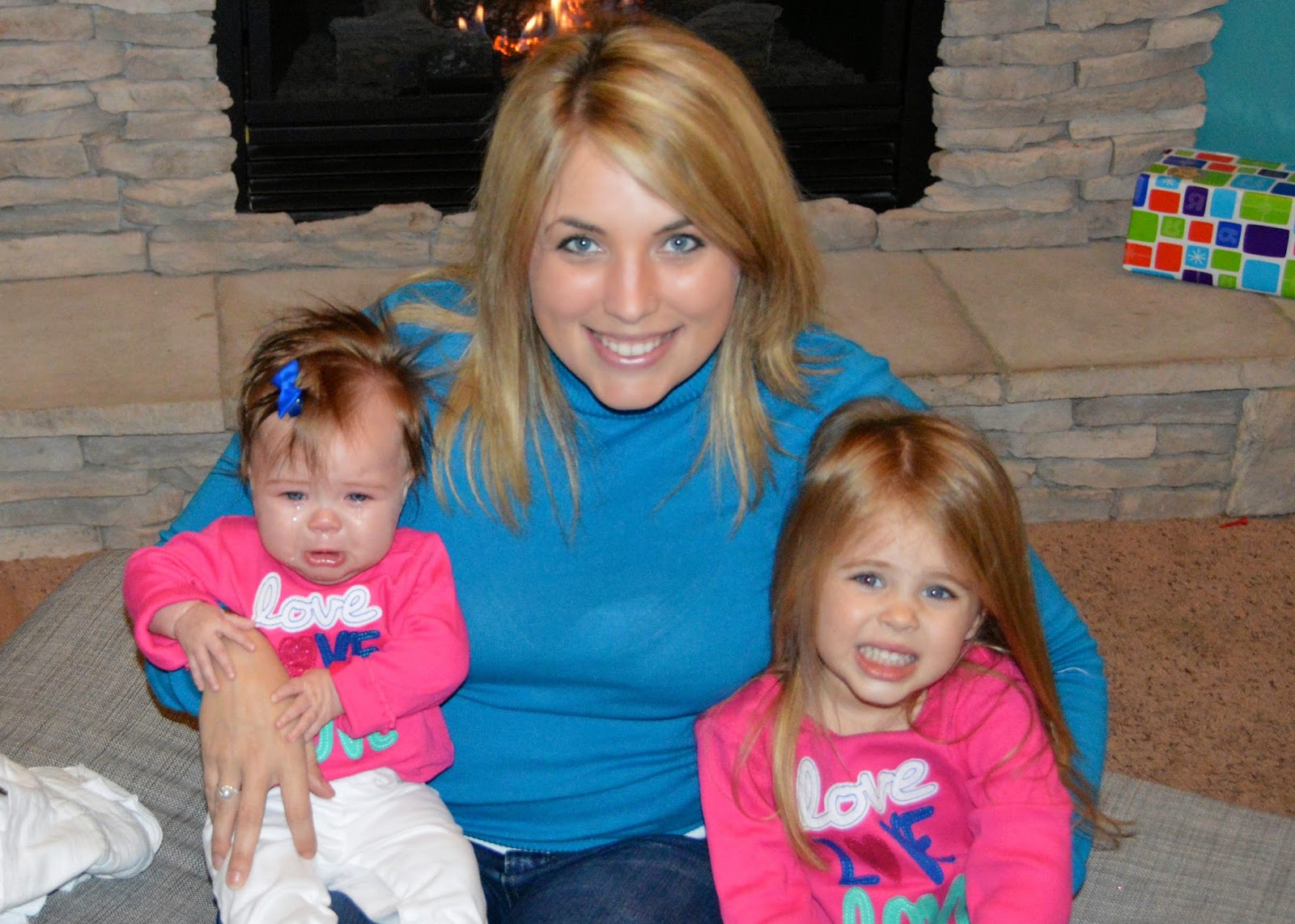 Every year the kids and I make Turkey Cookies! This was the first year Britt truly was a helper with us 🙂 Tess just got in the pic to take some credit 😉 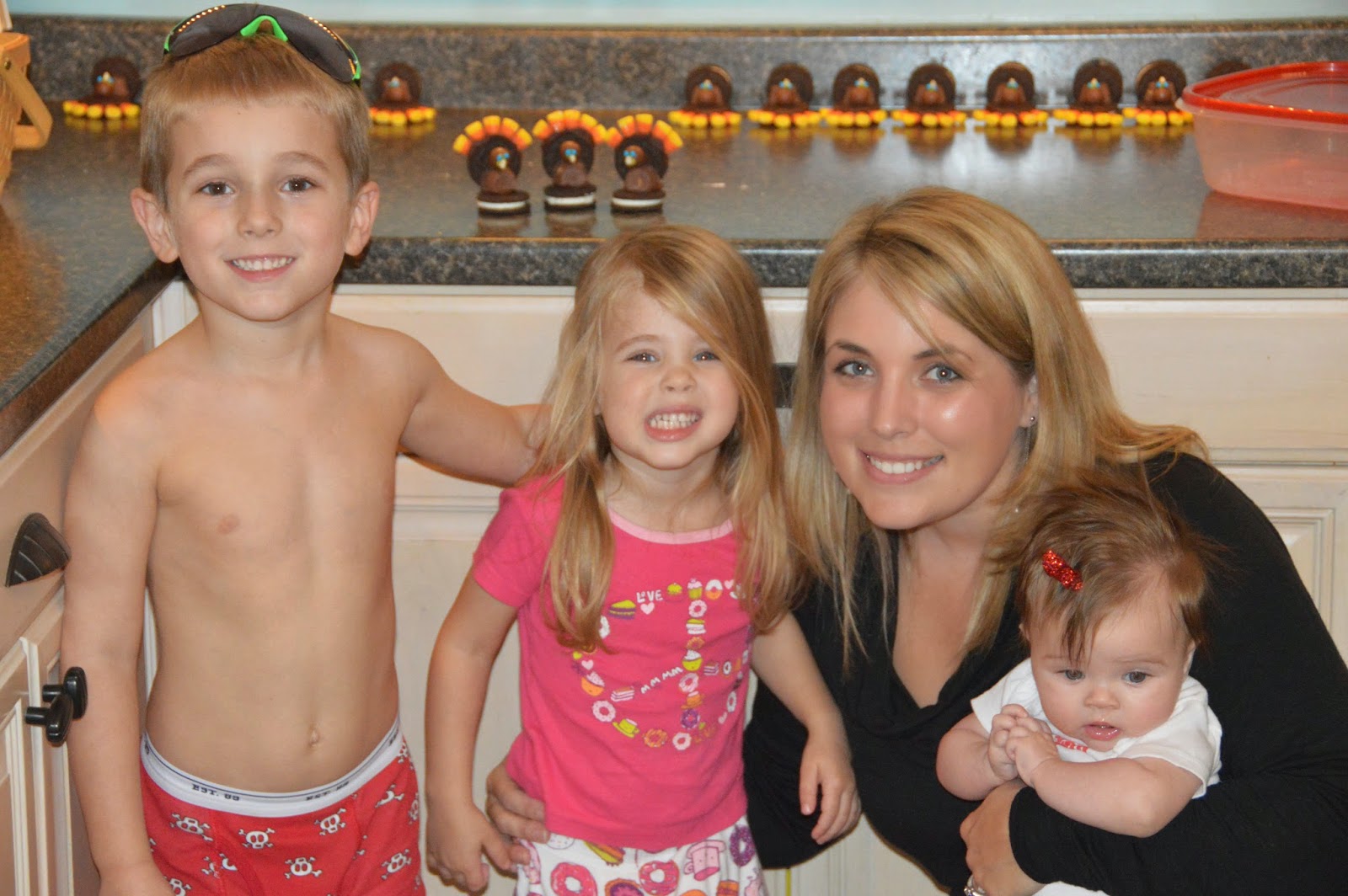 On Thanksgiving morning Hermey, our Elf on the Shelf, was back! Last year he brought us special muffins and he did the same thing this year after hearing how much the kids enjoyed that 😉 It was pretty funny to see social media change so drastically in one year about the Elf on the Shelf. Last year it was bombarded with pics of elves doing all sorts of fun things…and this year? I saw WAY more complaints about the elf and several blog posts circulating putting down the tradition. Our elf did return this year and we truly enjoy him! We especially enjoy seeing the kids each morning as they find him doing something new. Kye legit CRIED on Christmas Day because it meant Hermey would be gone until next year. He even sleeps with a picture of Hermey by his bed and looks at it every night with a little flashlight! A post will be up soon with all the fun things Hermey did this year 🙂 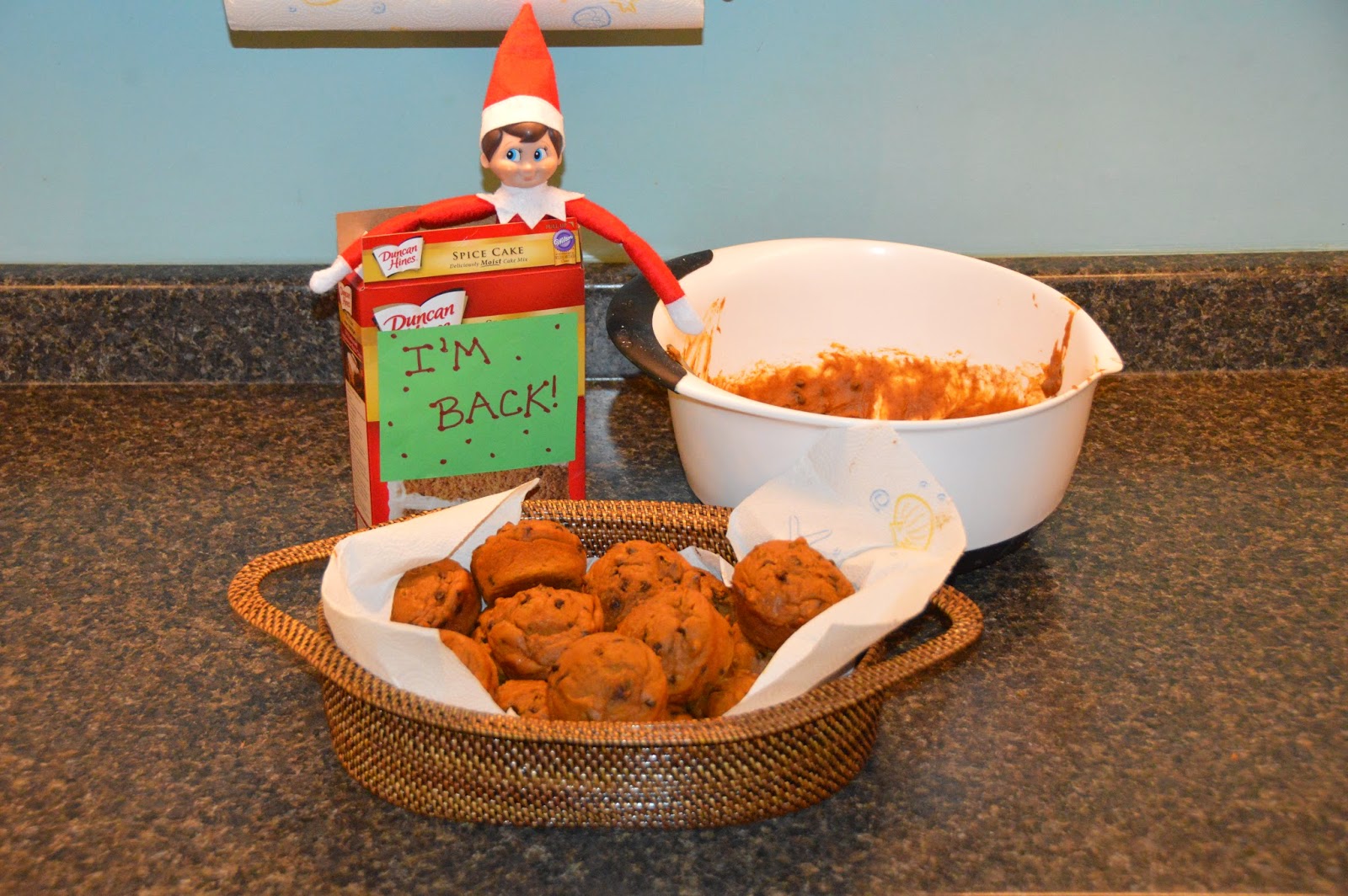 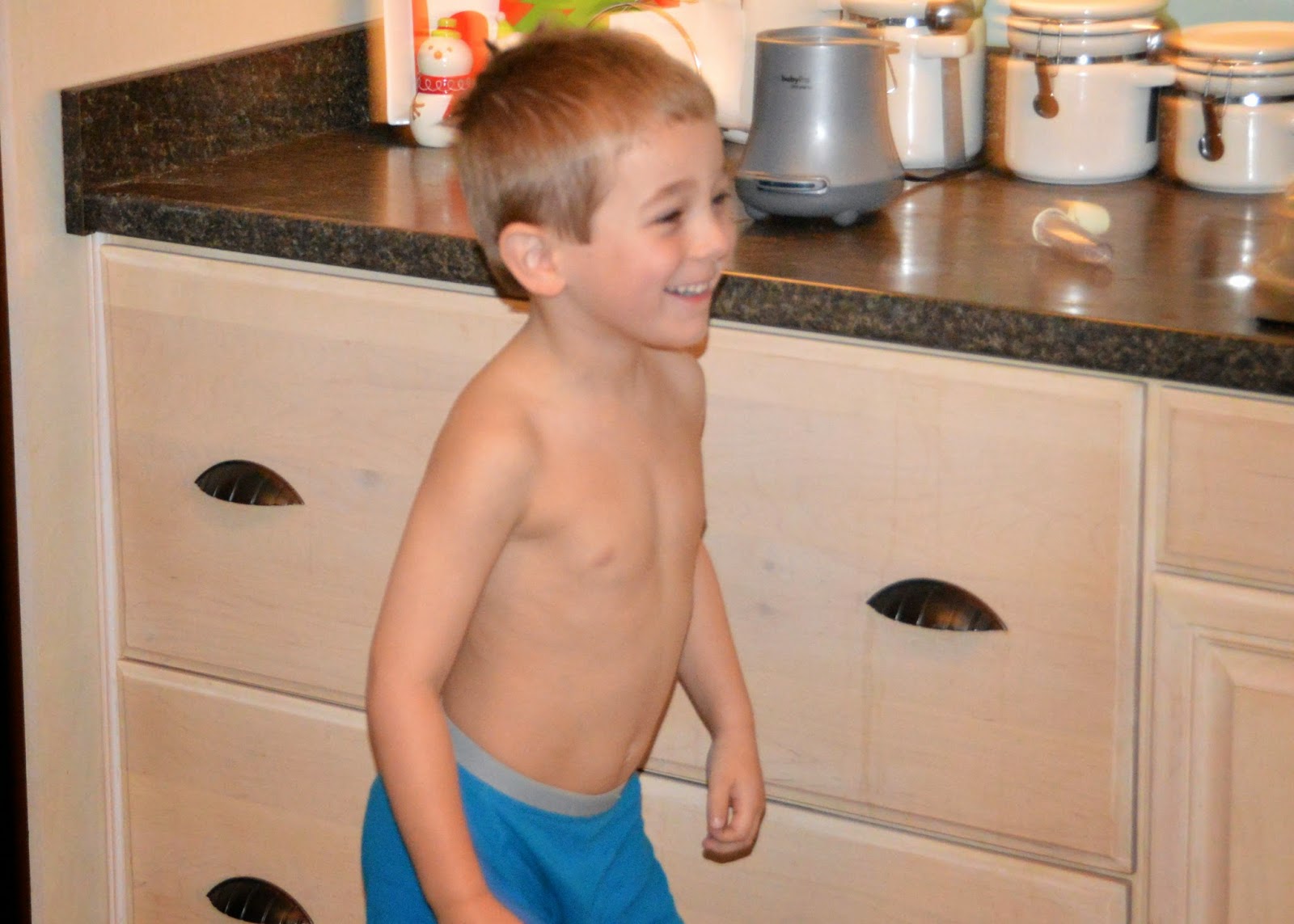 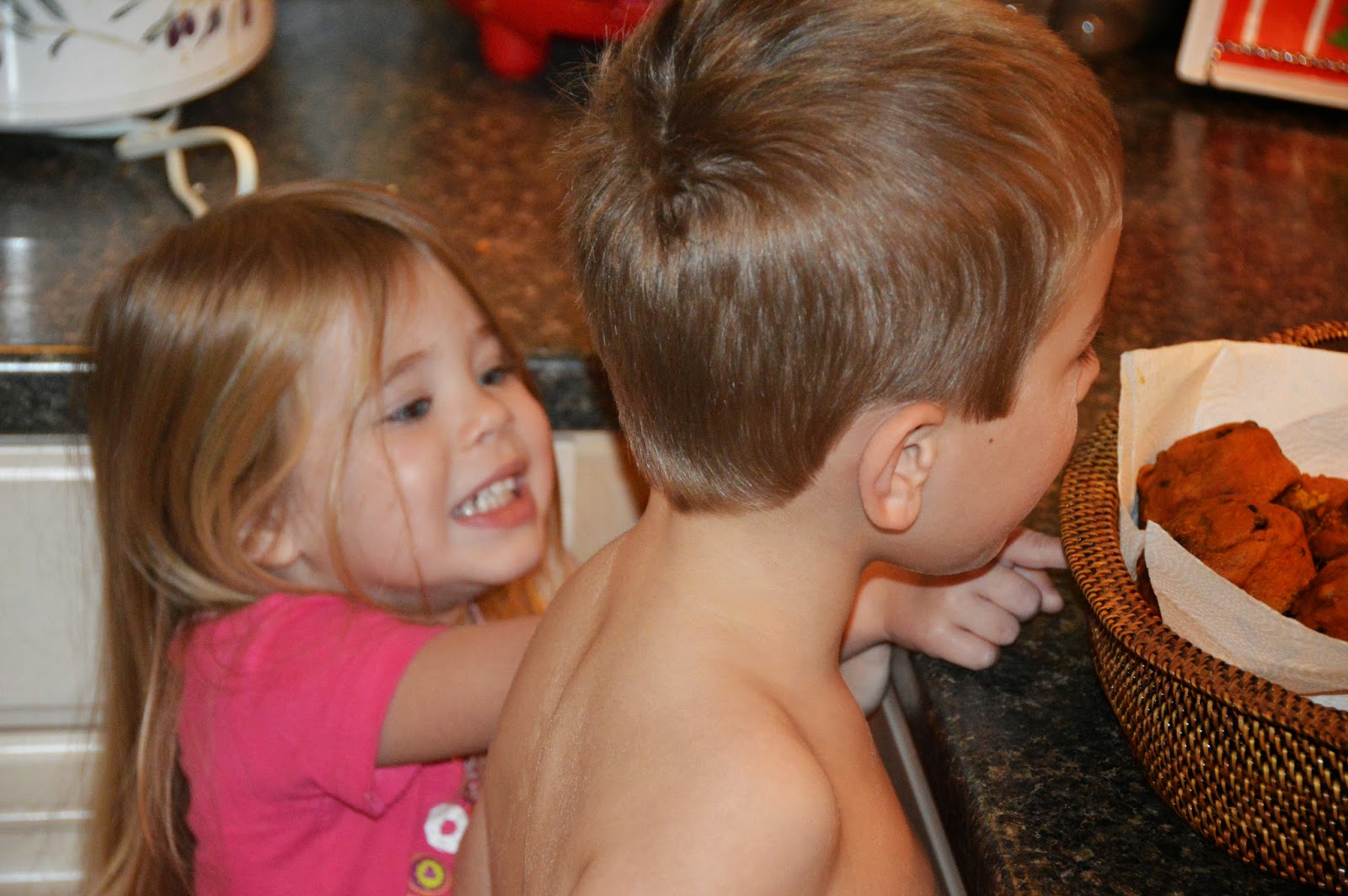 Our Thanksgiving traditions are pretty chill. We head over to Mema’s (Zach’s grandmothers…Mrs. Charlotte’s mom) for lunch and naps then go by Big Daddy and Little Mama’s (Zach’s other grandparents…Mr. Rusty’s parents) to visit for a bit and then come home to eat ice cream for dinner! I love the ice cream for dinner tradition! I mean we are STUFFED from all the Thanksgiving food, so why not, right? Live it up!

I know one of my biggest blessings of the year was this sweet girl entering our family! 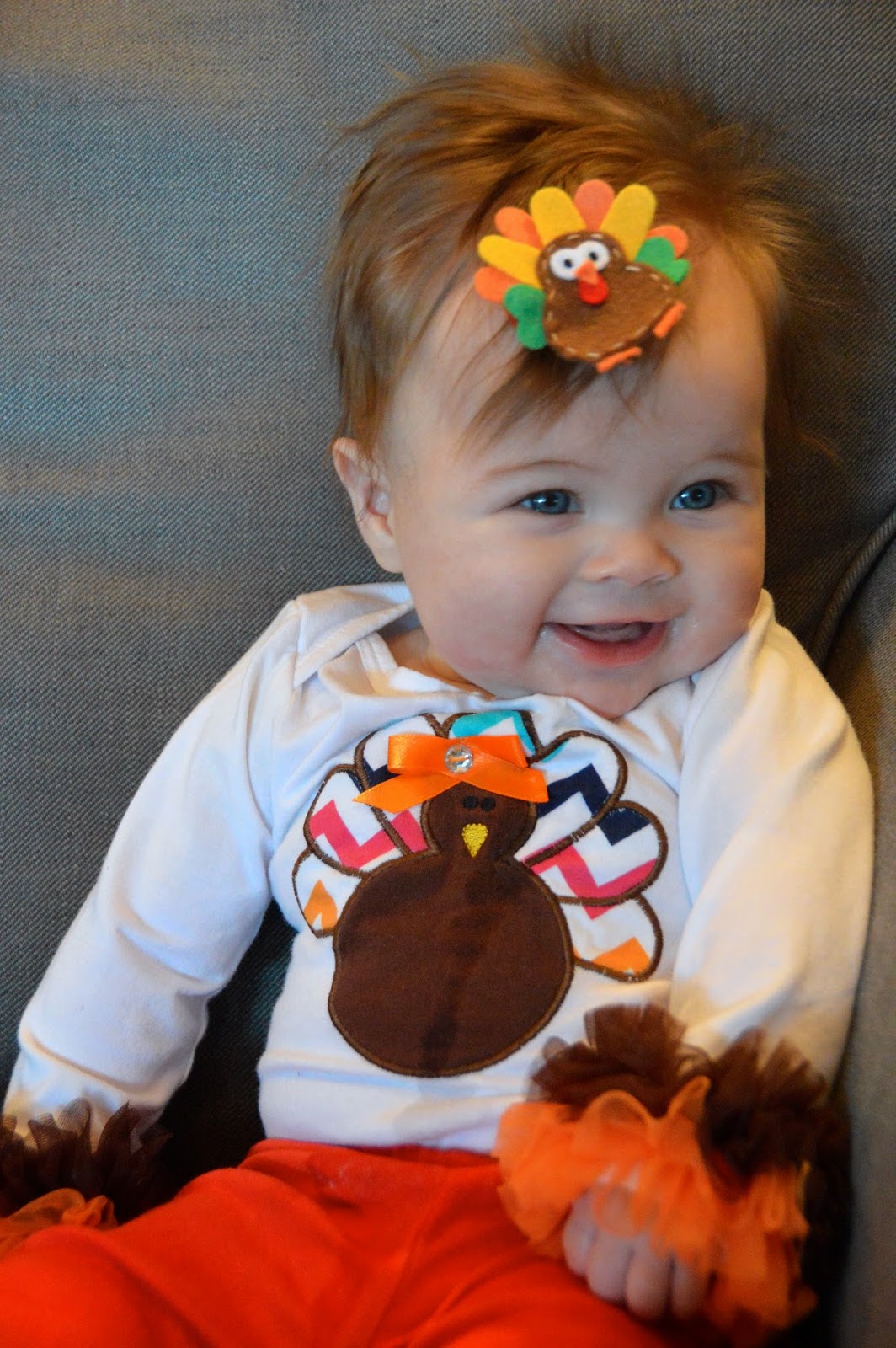 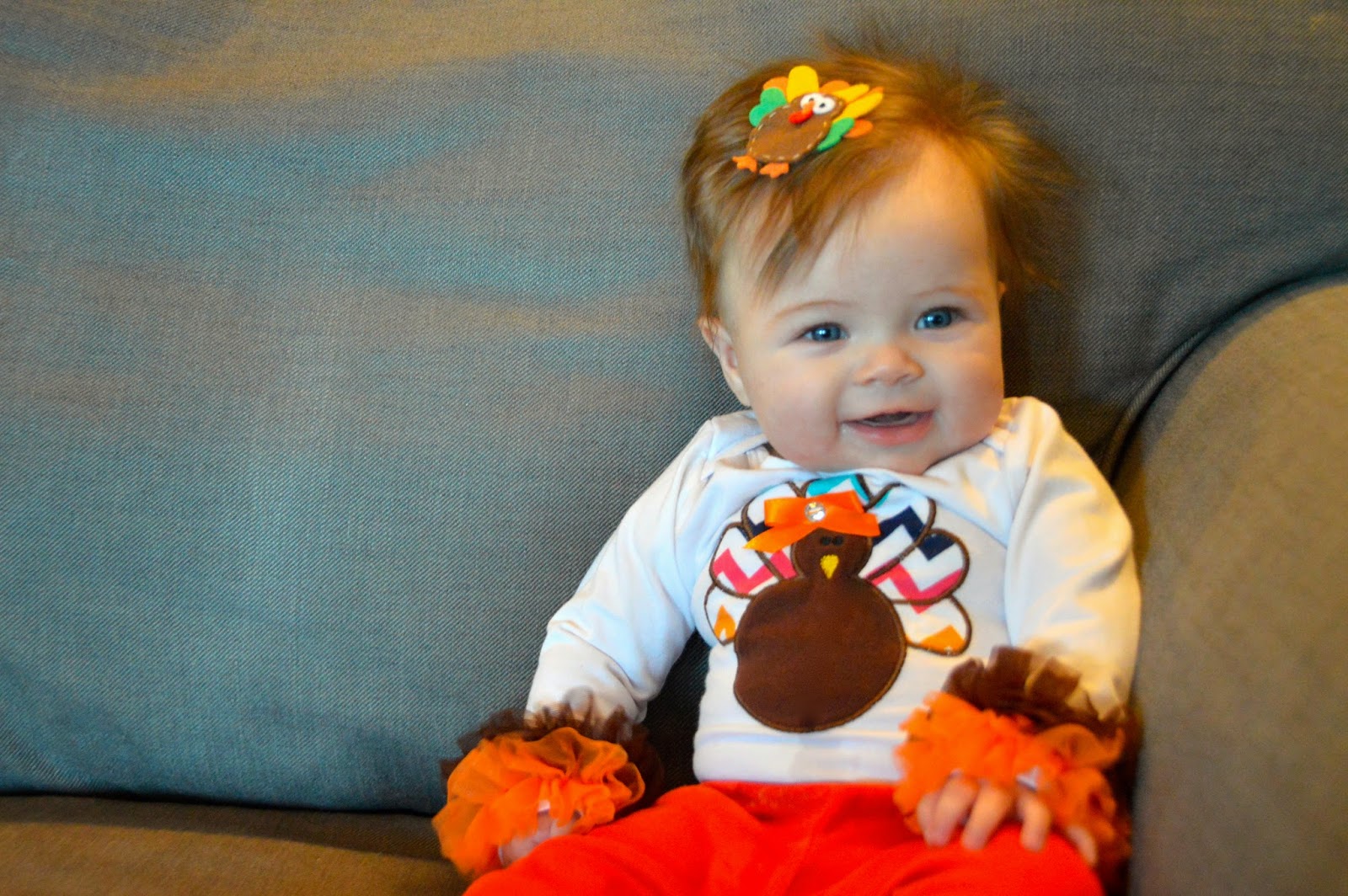 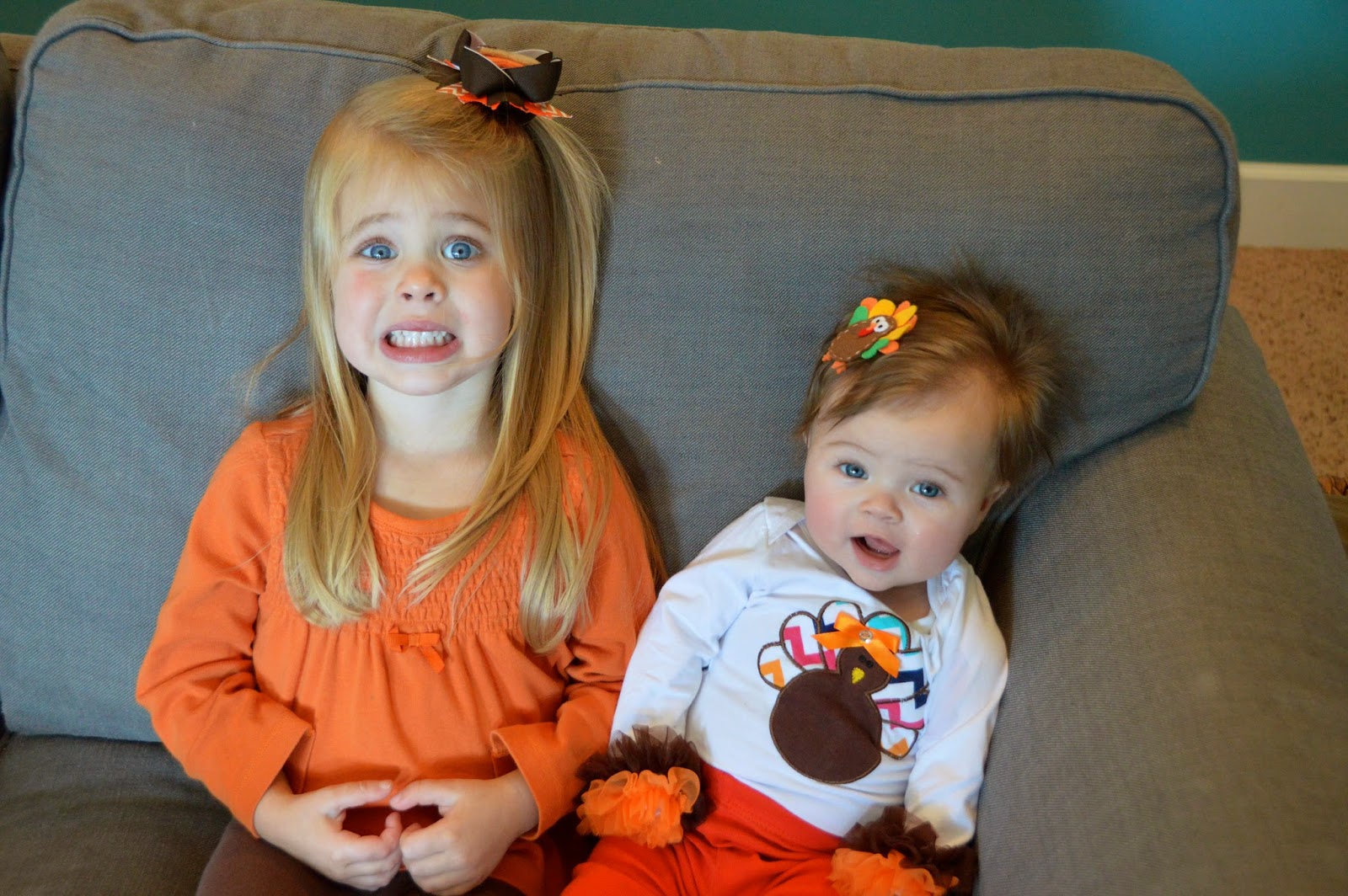 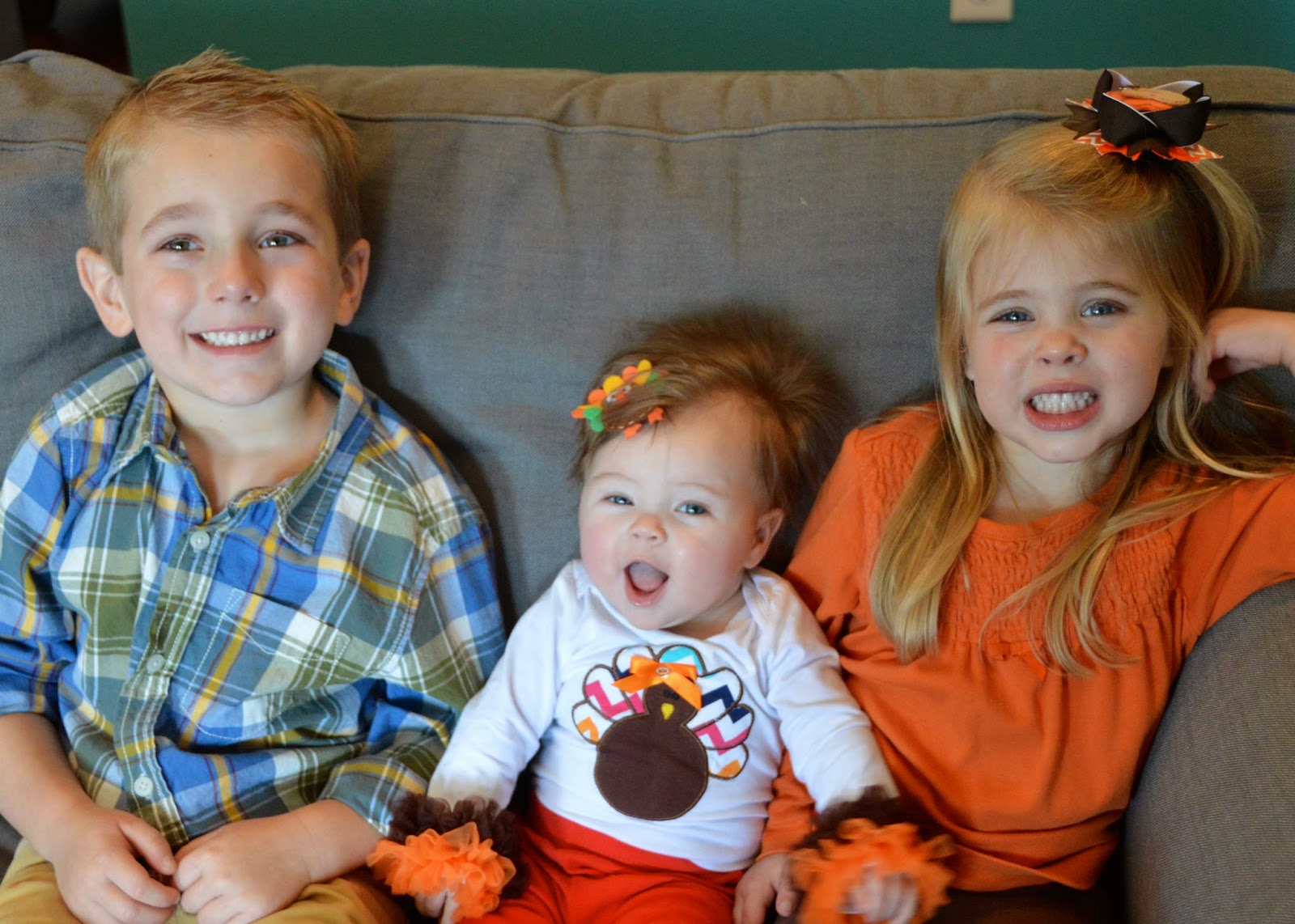 We even managed to get a family picture! 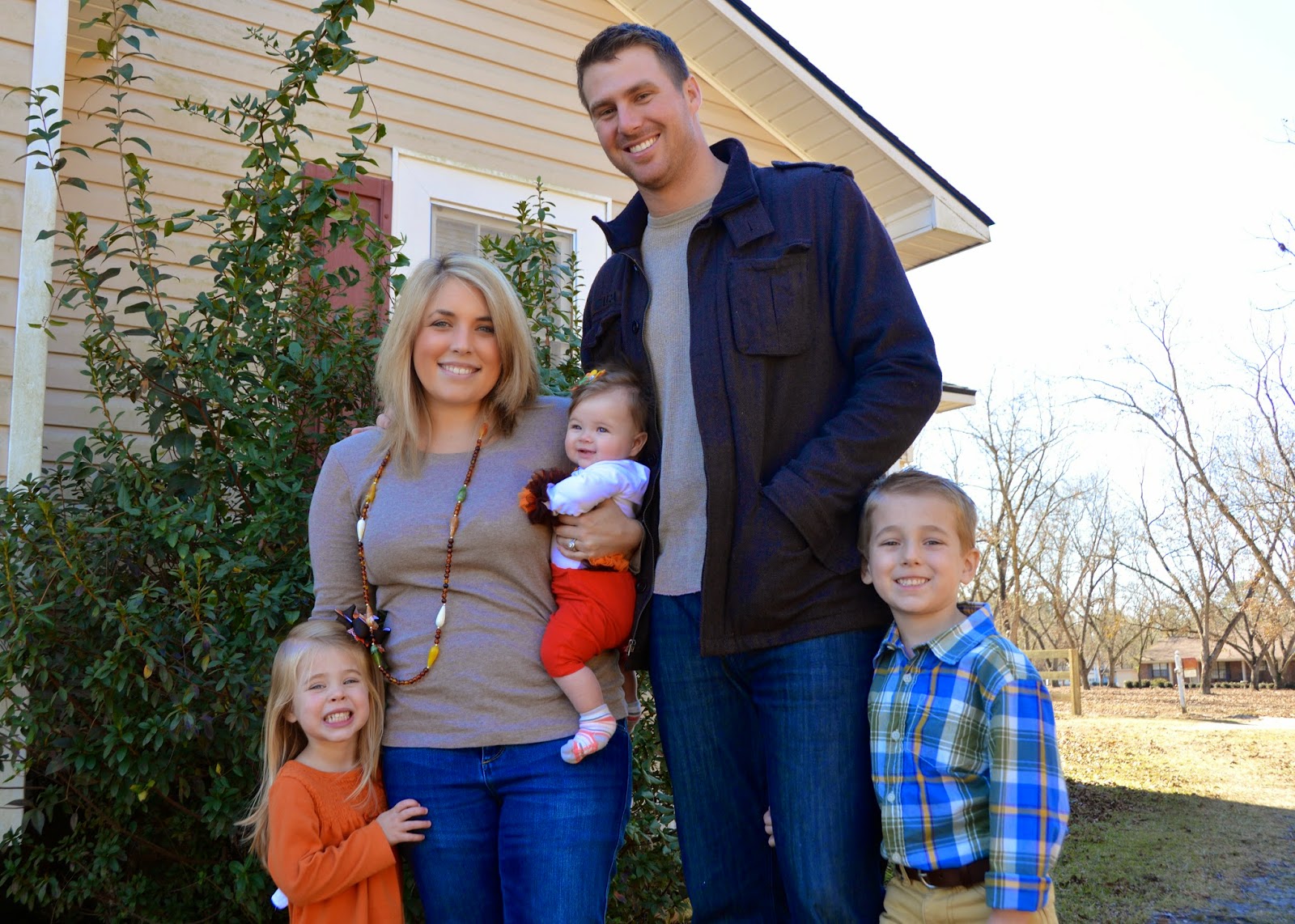 I was a little embarrassed at Mema’s as Tess just wasn’t her normal, sweet, smiley self (more on that soon!). She was pretty fussy most of the time. I remember Britt crying a LOT over there too for Thanksgiving as a baby. Maybe my girls just don’t like Thanksgiving…it’s my personal least favorite holiday actually so they get it honest 😉 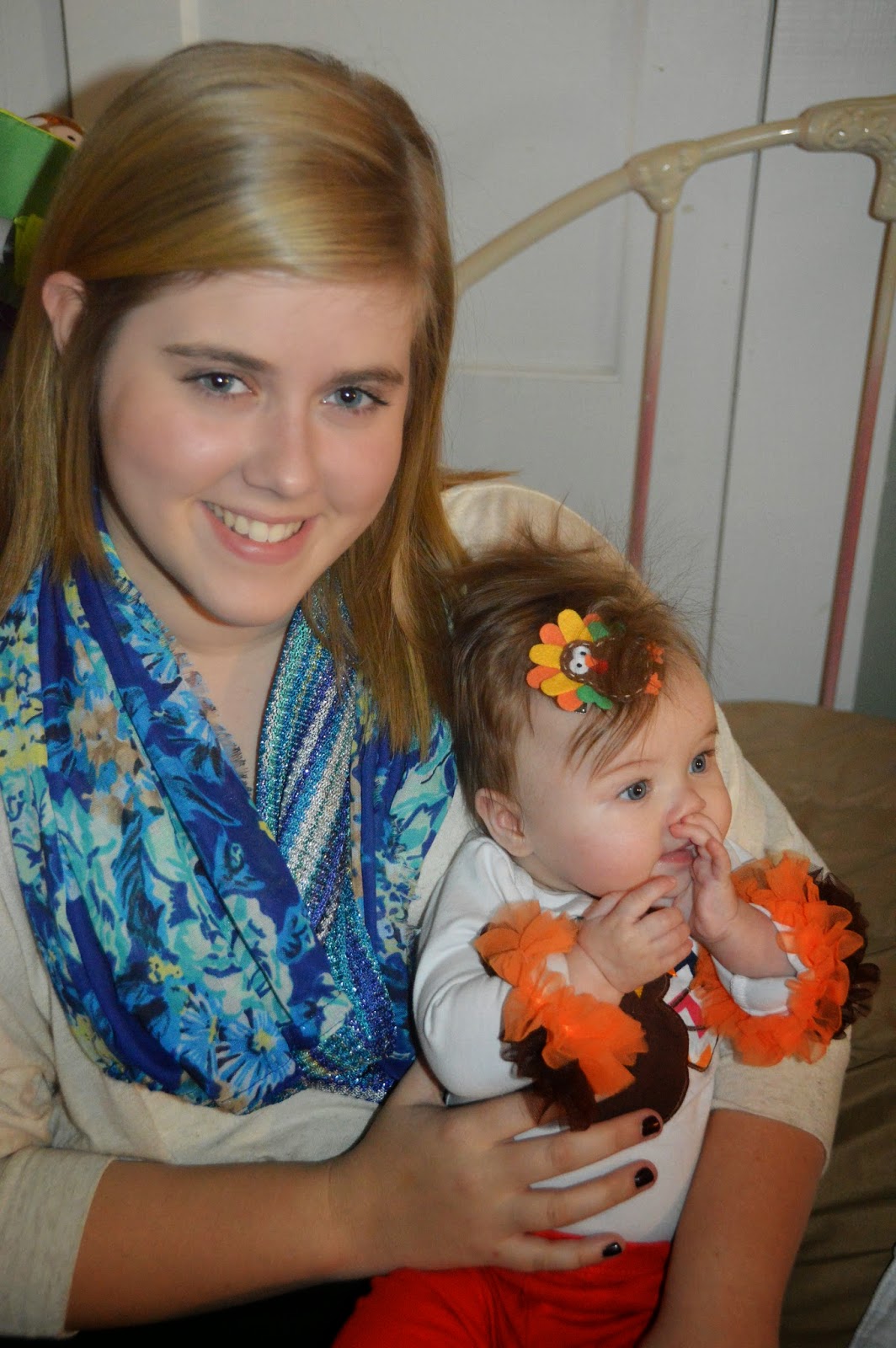 I have similar pics of Kye on his first Easter at Mema’s in this same bed! 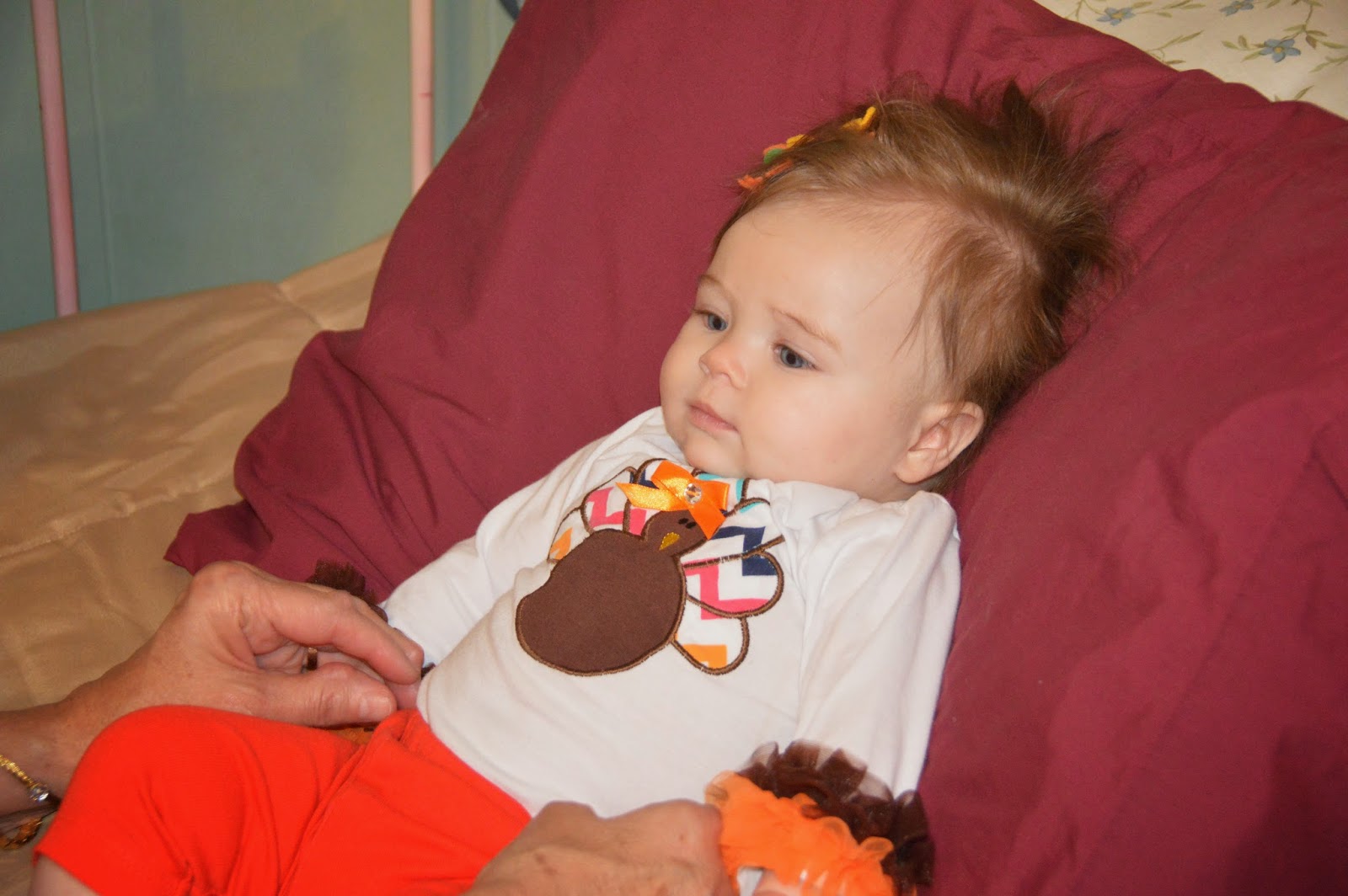 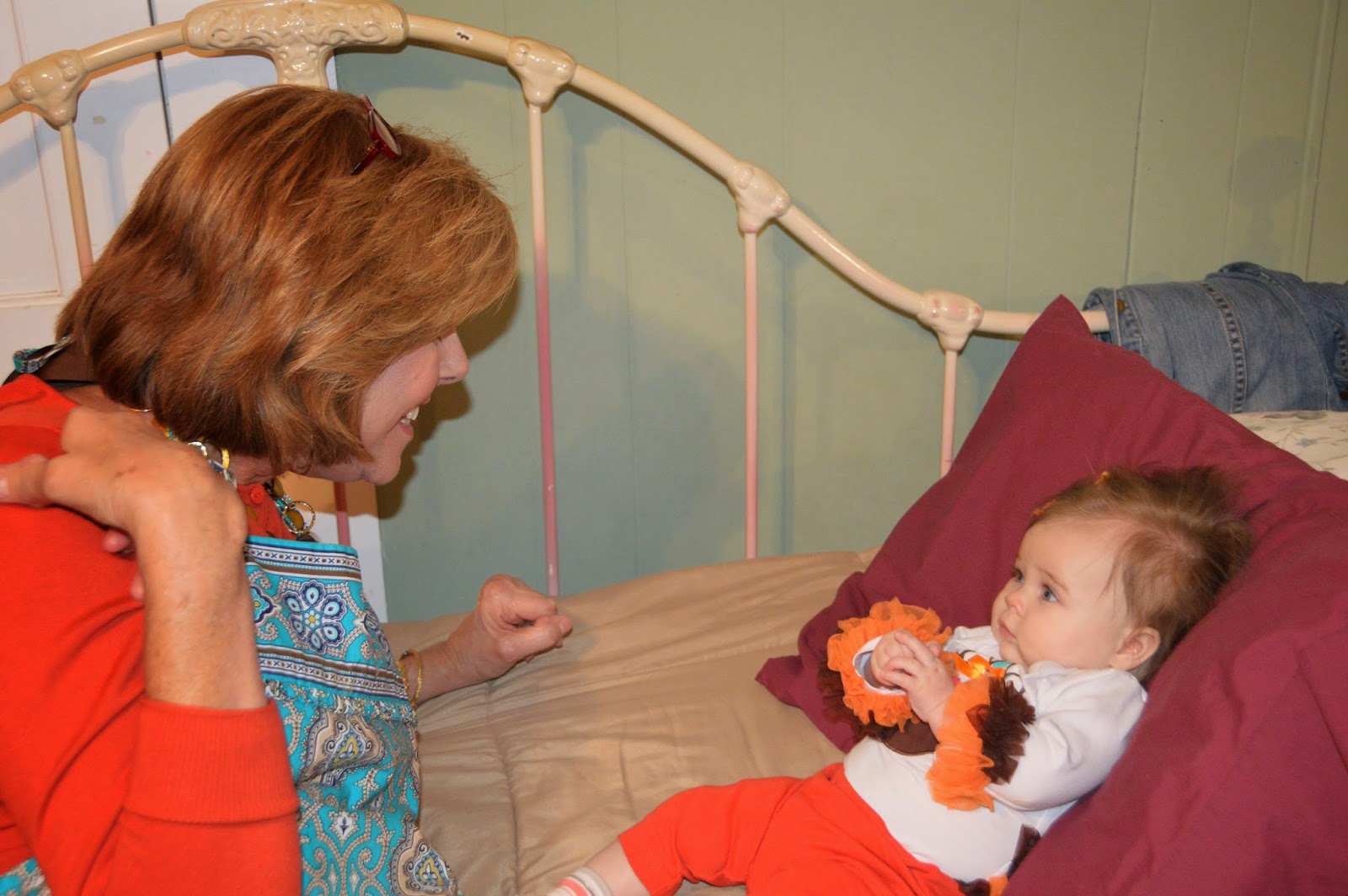 The kids enjoyed the food! 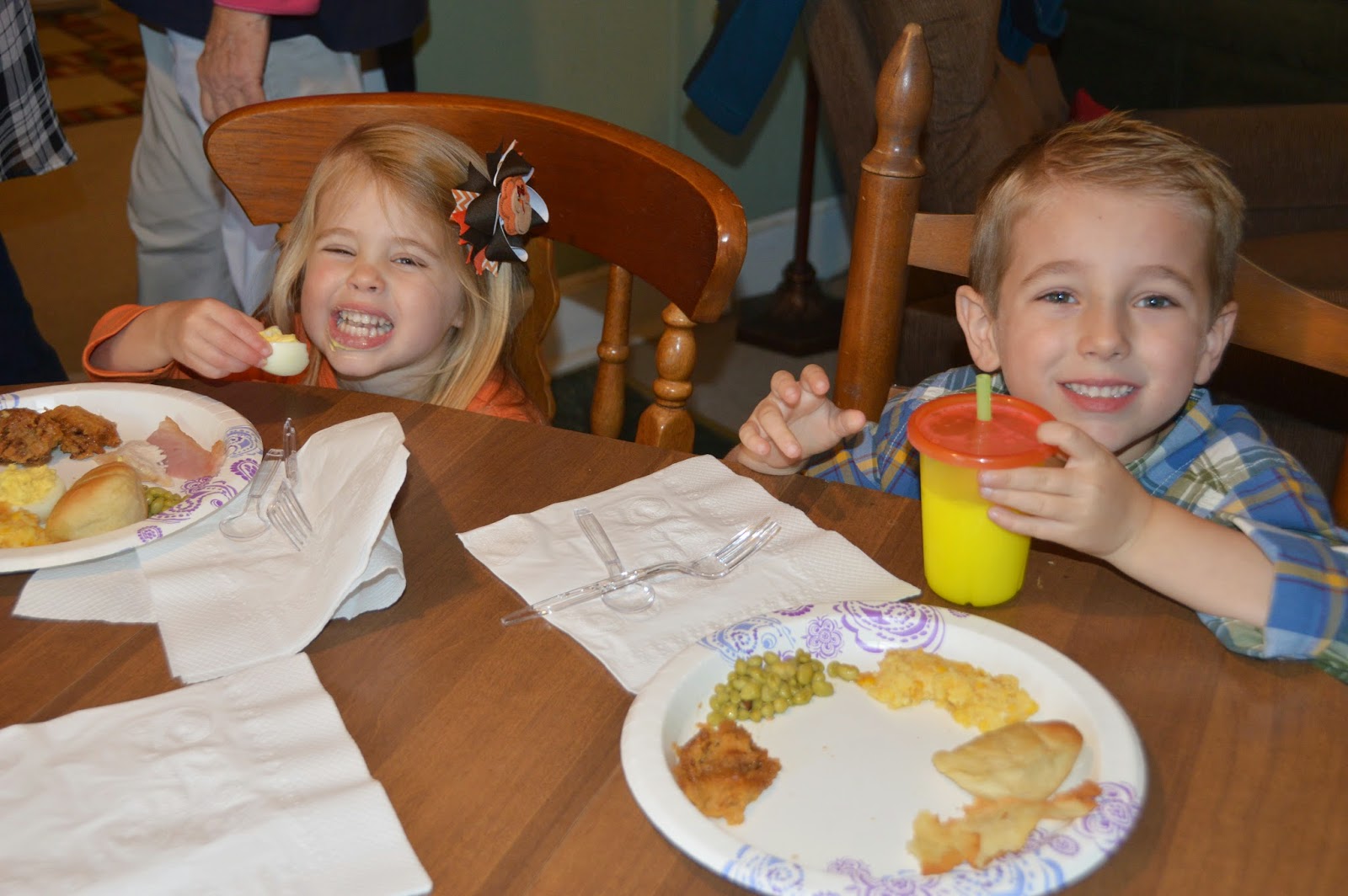 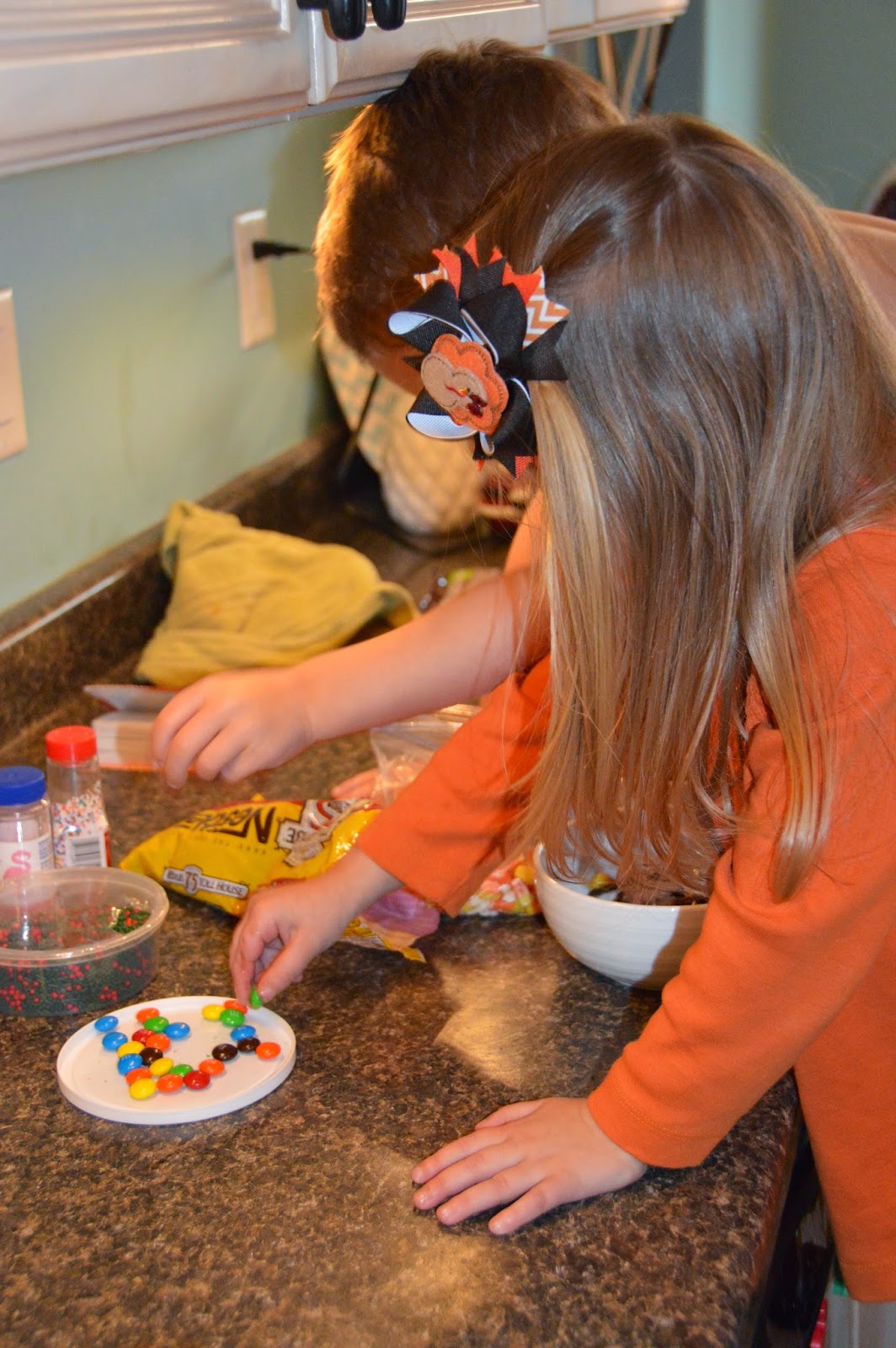 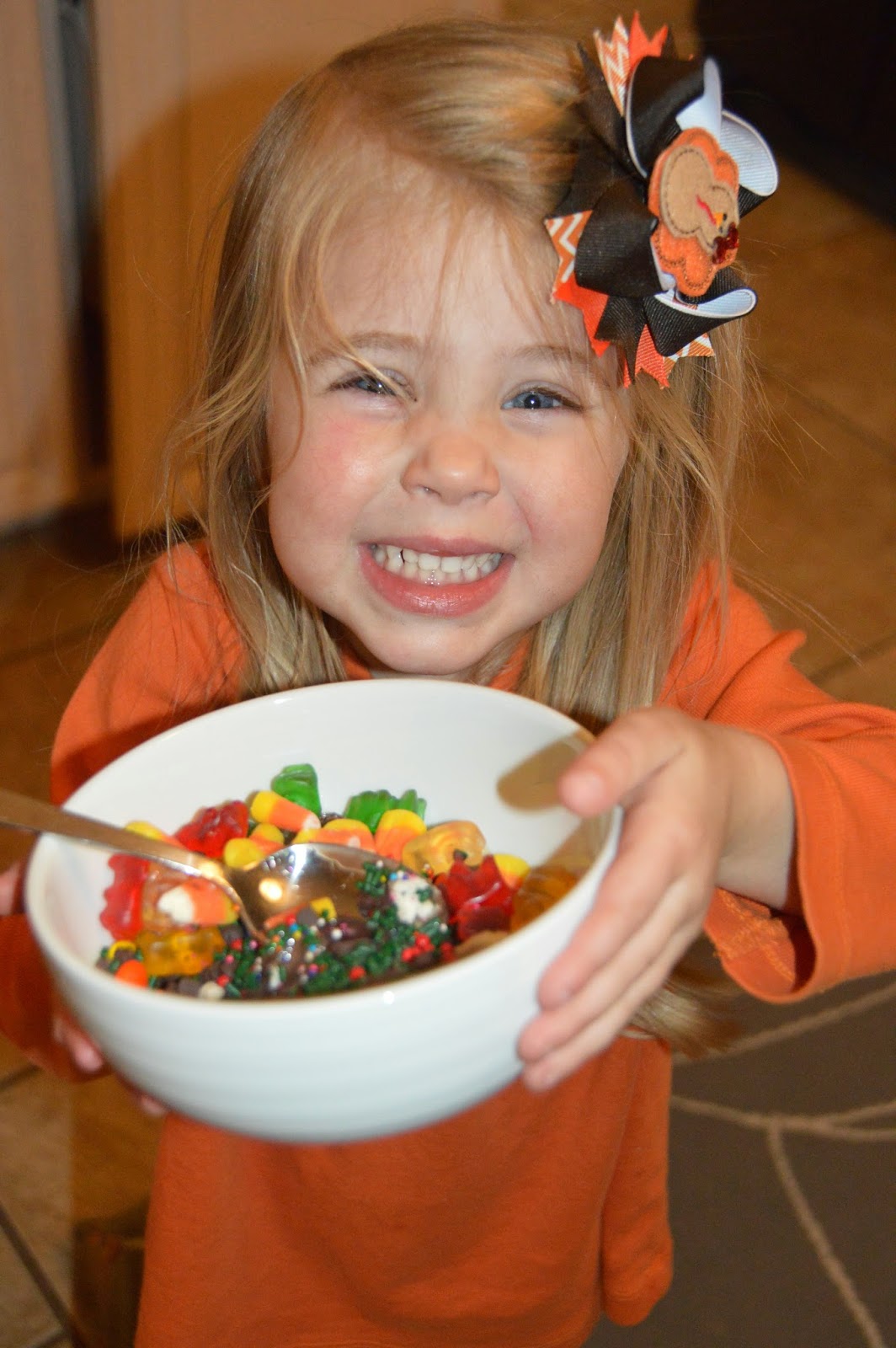 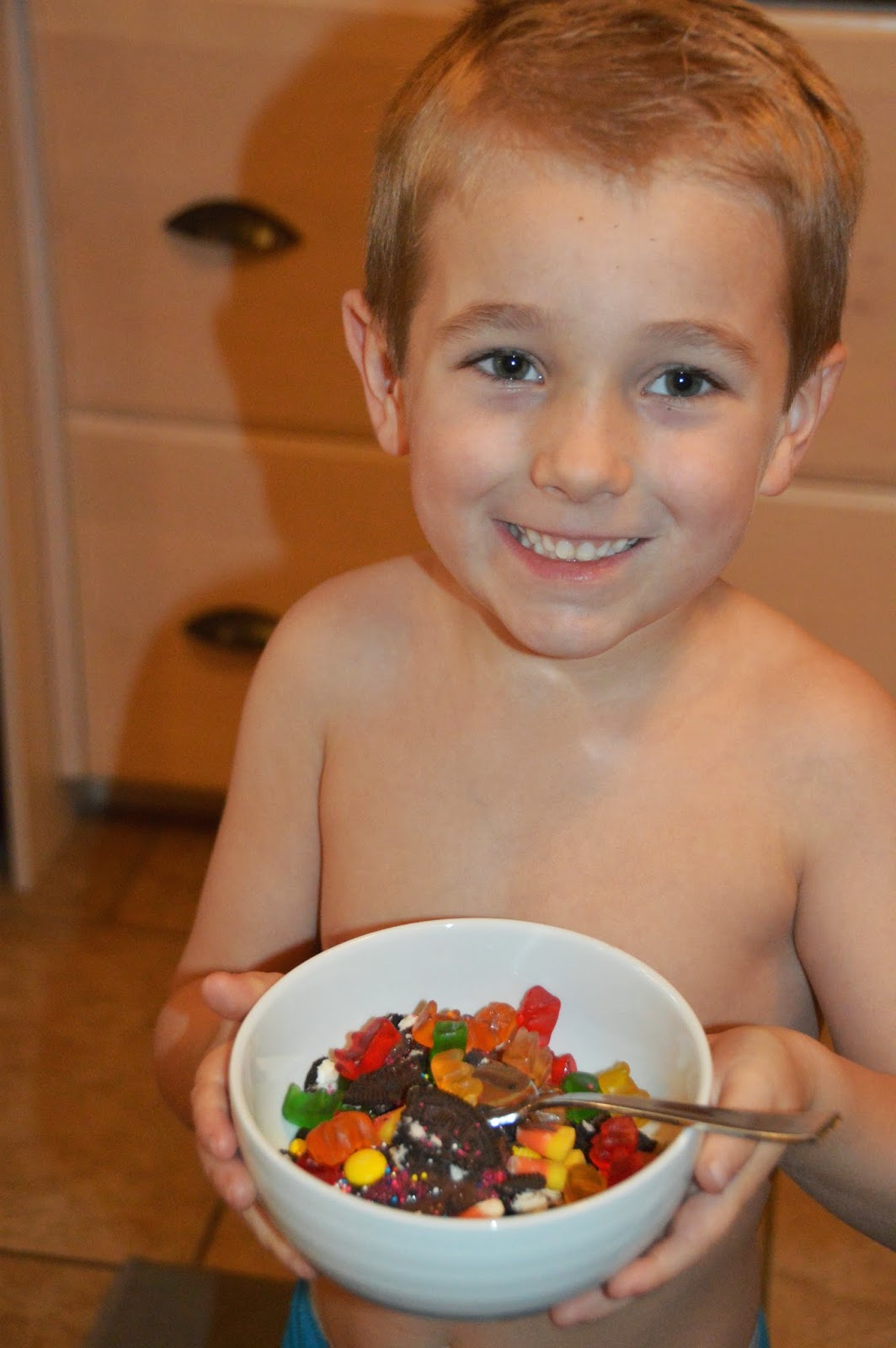 I talked about going Black Friday shopping with Mrs. Charlotte but this was the year that Courtney and Casey were with their inlaws in Atlanta and Mrs. Charlotte wanted to wait until Friday morning to go rather than go out Thursday night. I decided to skip out on it and instead I finished alllll of my Christmas shopping on Black Friday at home on the computer 🙂

Zach, Mr. Rusty and Kye still did their traditional day-after-Thanksgiving golf outing but didn’t take any pictures. This year I wanted to go to something solo with the big kids. The Mix (our local, awesome, froyo place) was having an event so we headed there for a little while to check it out! They had a bounce house, free lunch, and even Elsa and Ana! 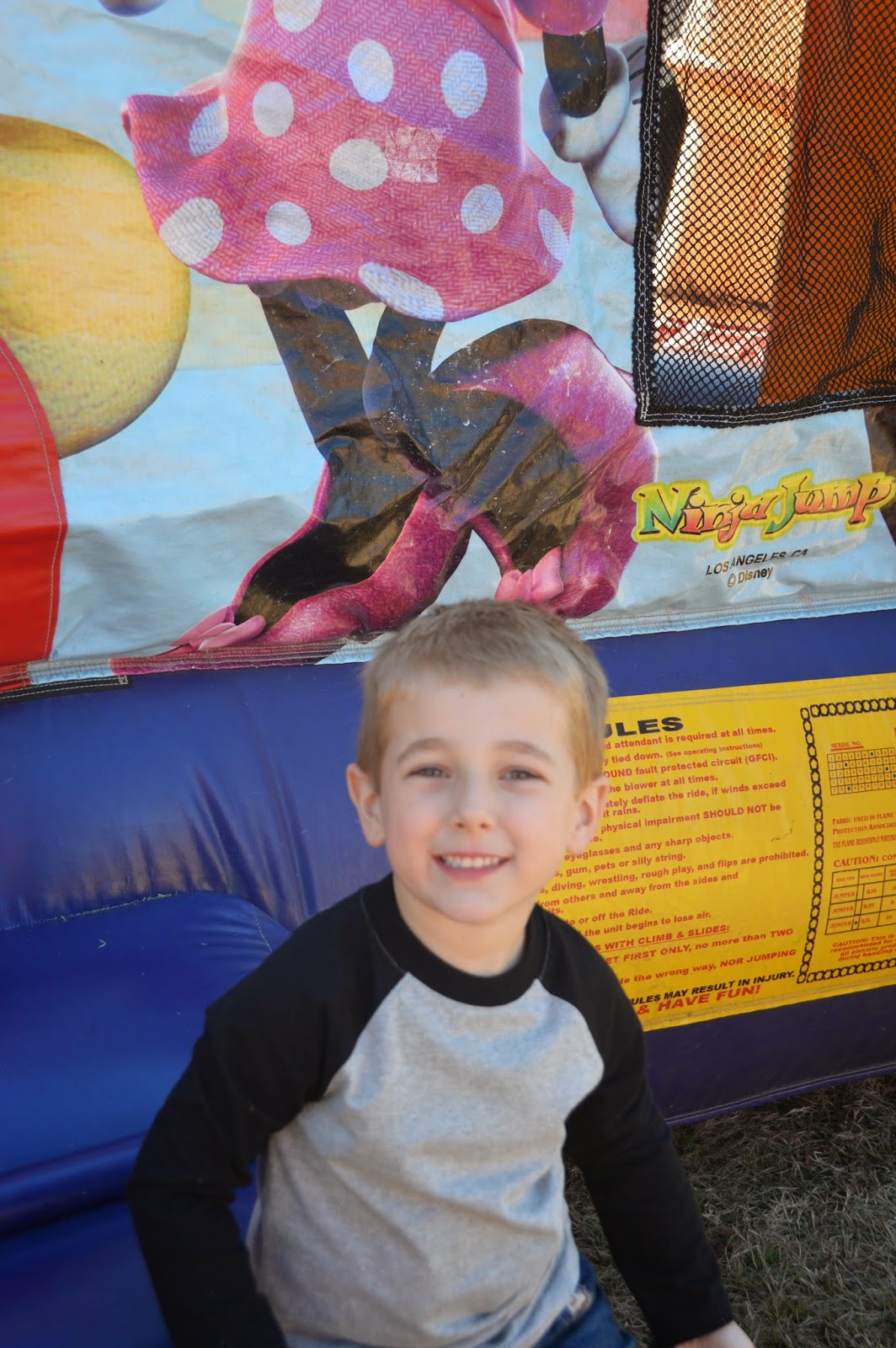 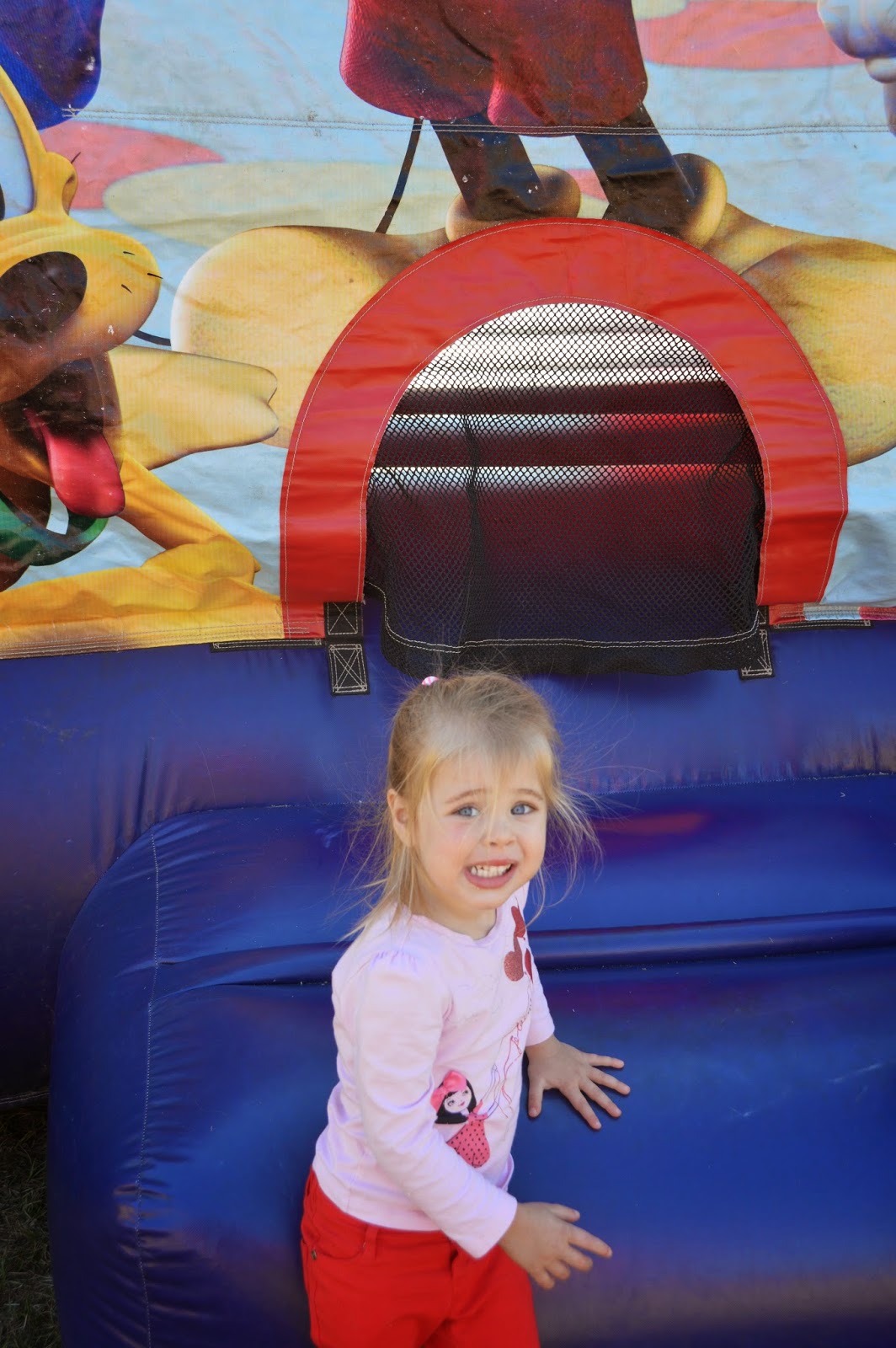 Crazy story time. So as soon as we got there the kids were excited for the bounce house. What’s the deal with bounce houses? Anyways they are bouncing and loving it and all of the sudden the thing collapses. Like the air just suddenly went out of the roof of it somehow? I have no idea but it just completely fell in on top of the kids. I could see Britt as it happened. She was scared but was standing there just fine. The whole center went down but the sides were still high enough to where she wasn’t even hit by it. But Kye was in the dead center of that junk and the collapse was right over him. I couldn’t see him at all. At first I was calm. I mean it’s a bounce house. He’s fine. But then I couldn’t see him and he wasn’t answering me. I kept saying his name and he wasn’t responding. I know the first move would be jump in the bounce house and get him but I wanted to SEE him first to know where to even begin looking. I got kinda caught up in the calling of his name and was starting to freak out when someone else who was there went in through the door and started getting the kids out. Luckily Kye was fine but it was a scary moment!!! I asked him why he wasn’t answering me and he said he was too busy trying to figure out how to get out from under the roof and how to get to the door to get out. As soon as they got it back up and running he was ready to get in again! Britt was actually more nervous about it than he was haha! I was def just ready to call it quits and go meet some princesses and get some froyo 😉 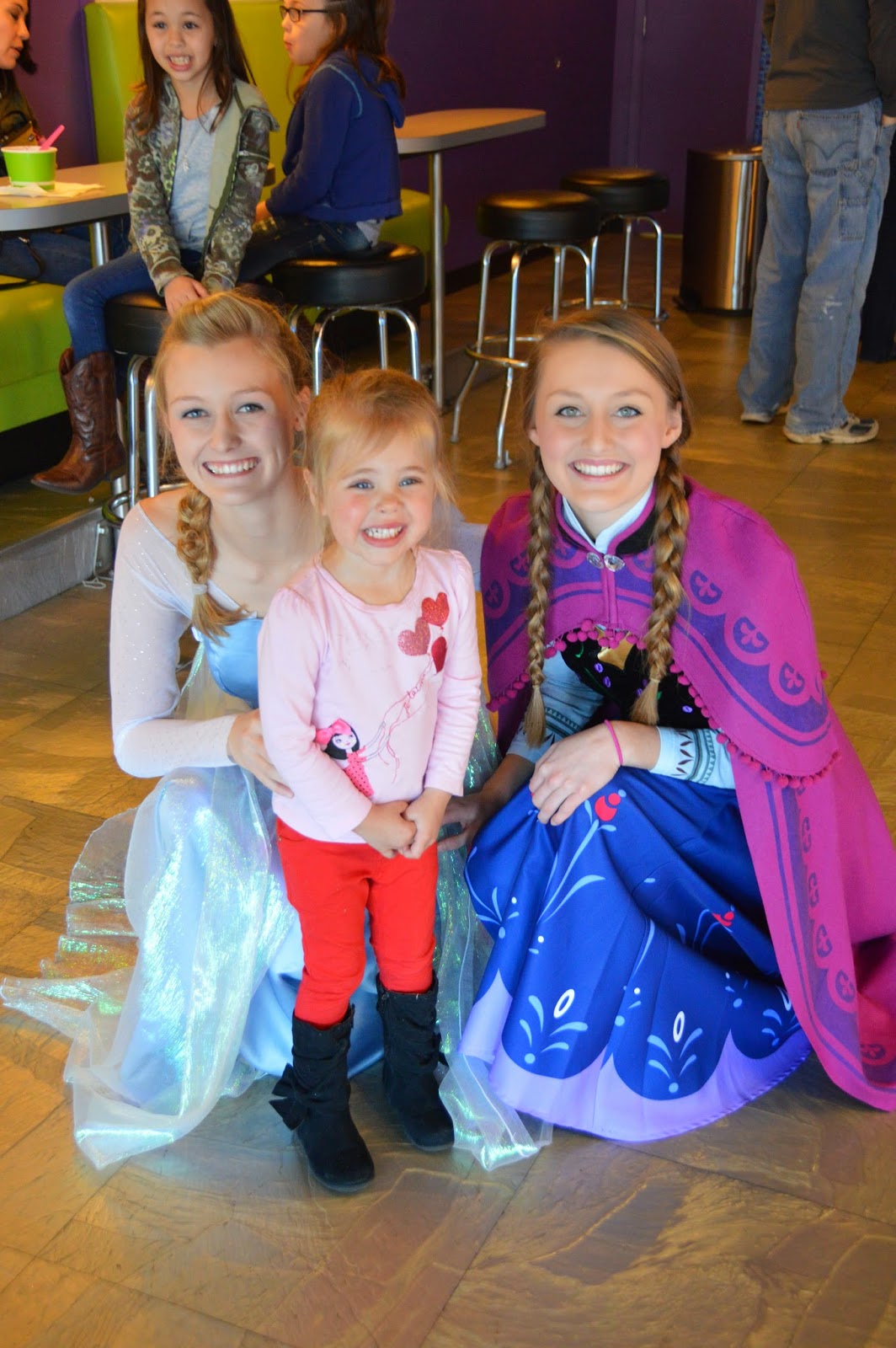 Britt was THRILLED to see Elsa and Ana (and I was thrilled to avoid 2 hours in line at Disney haha!). She kept telling Ana that she wants to have a dress like hers. It was super cute. And it wasn’t crowded so we spent a LOT of time with them. Like they came over and talked to us while were were eating our froyo and everything. Britt was SO smiley the whole time! 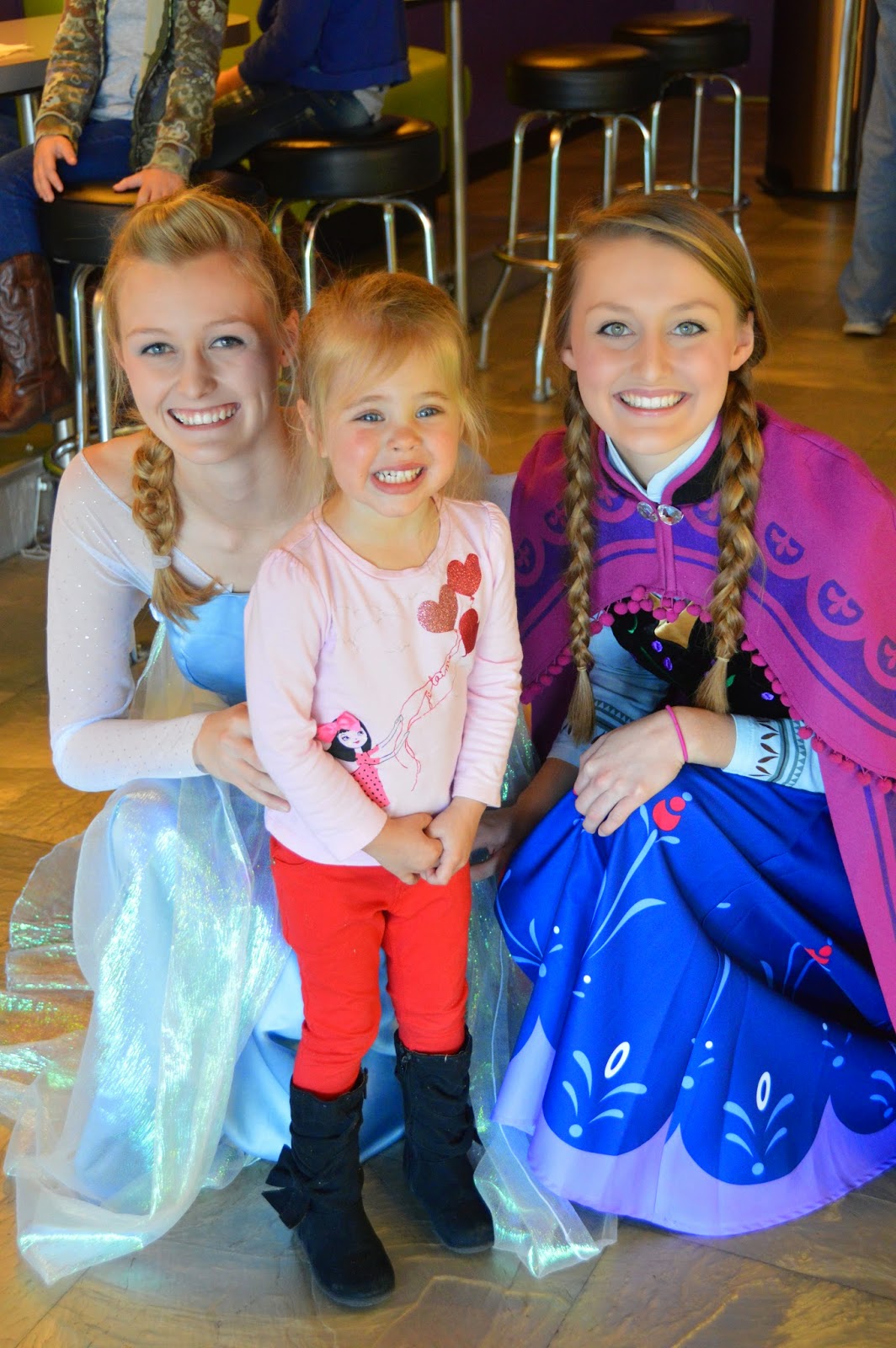 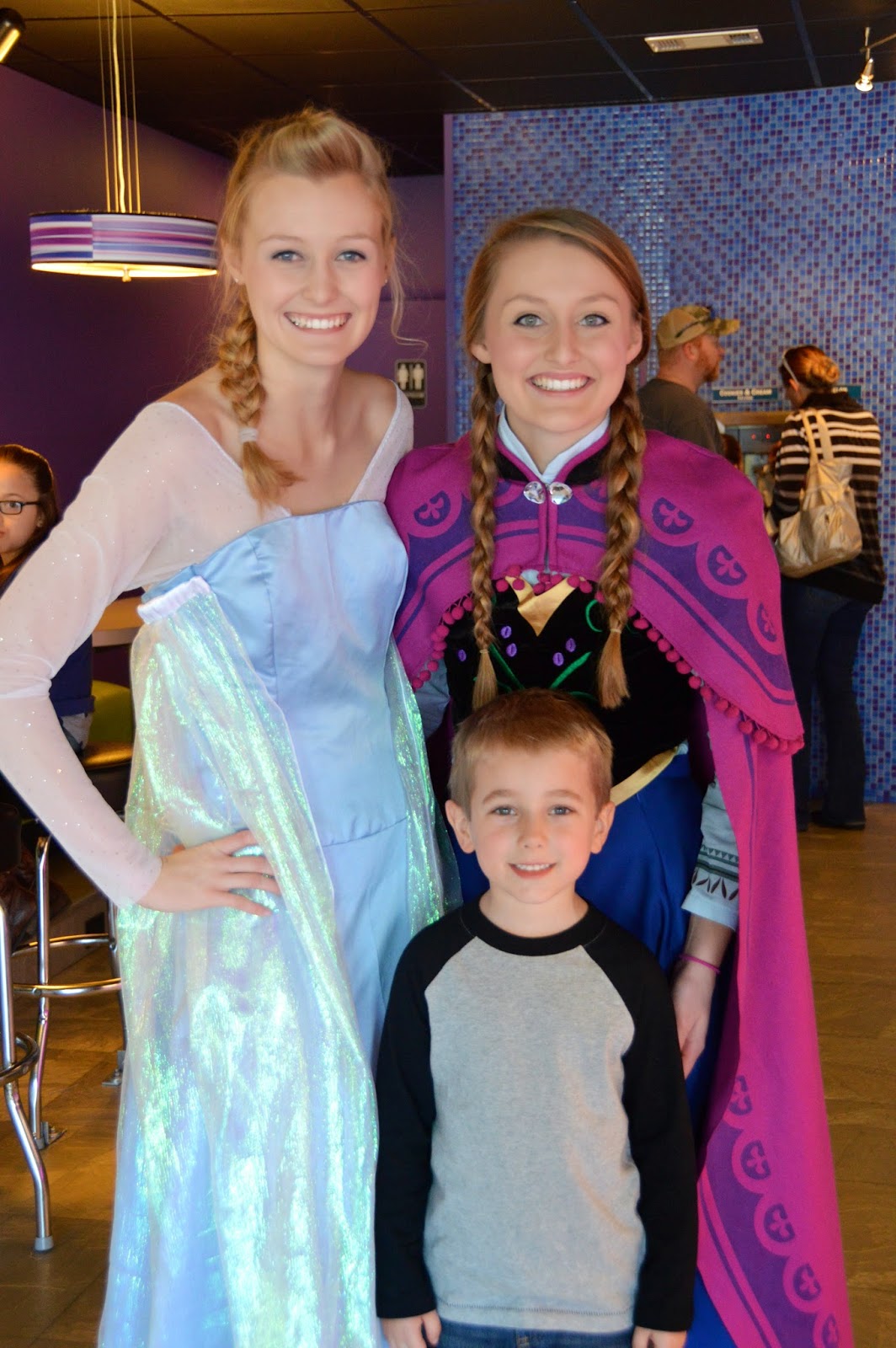 We had a wonderful, simple Thanksgiving holiday! As always I’m just SO thankful that the Lord has blessed me with my amazing husband and three children. I’m honored to be their mother!