Back in the day I started Kye on rice cereal and didn’t have the most amazing experience with it. I think the whole issue was really a teething problem, but once we went to the walk-in clinic and they dr. told me he typically recommends babies to wait until at least 5 months old before doing solids, I decided to chill out for awhile.

I started thinking to myself and the pressure I felt to start Kye on solids so soon. Why did I think he needed solids when he really didn’t at all? I think a lot of it had to do with so many people asking if he was eating solids yet, so many people giving their babies rice cereal in bottles at young ages, but mostly I think it was brainwashing by the baby food companies. As soon as Kye turned four months old I got overhwelmed with mail from baby food companies (Gerber mostly) with tons of coupons and little booklets all about introducing solids. As yes, by their standards Kye showed all the “signs” of being ready. But did he actually NEED them yet? No! 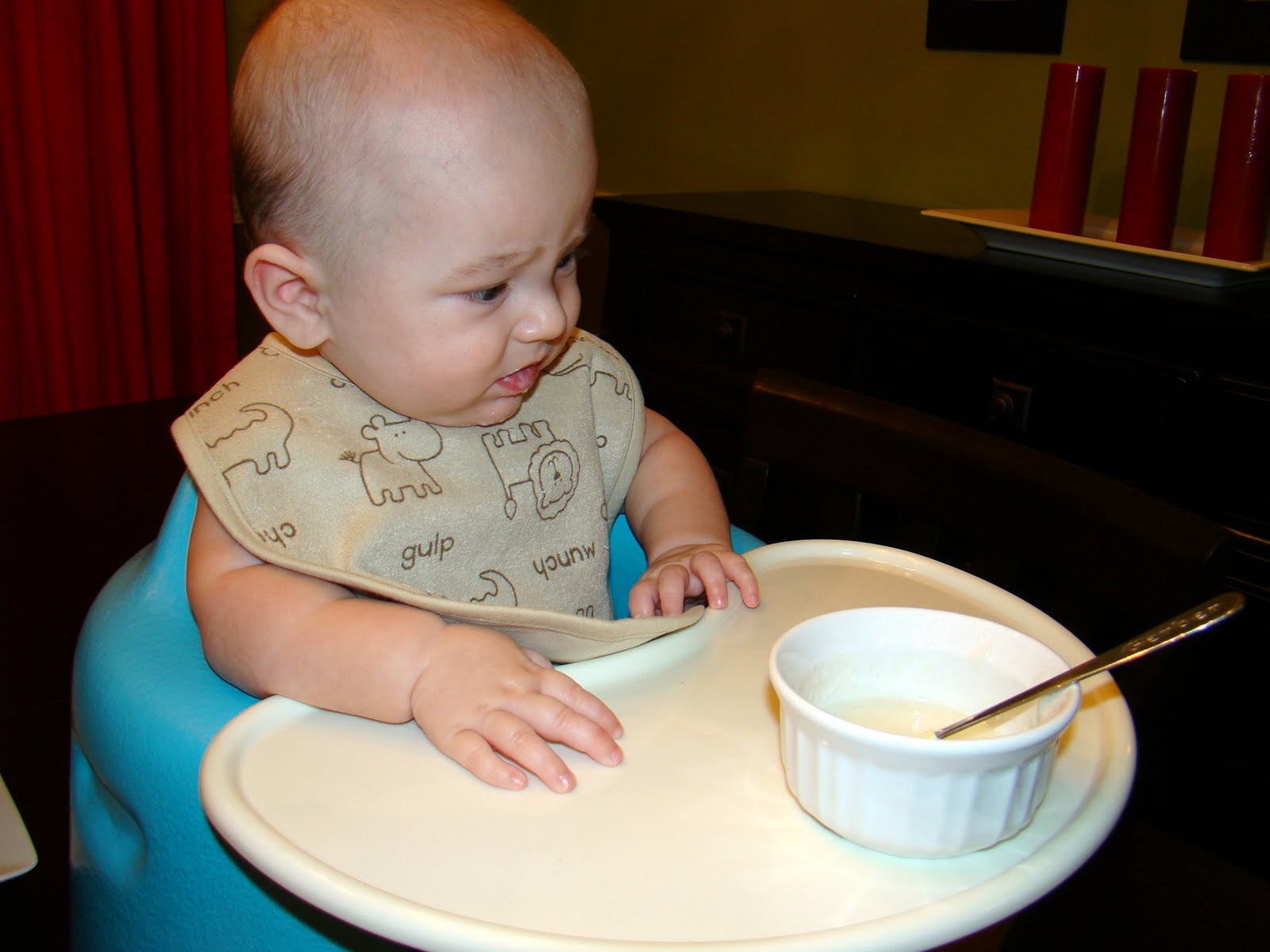 Even once babies start eating solids milk should still be their primary source of calories. As I became more aware about the food brainwashing I read an article on childhood obesisty and how it’s really dominating our country. They are finding that children are starting to eat solids at too young of ages and that leads to obesisty in their futures. That makes so much sense to me because we are FORCING this food down our children’s throats when they don’t even need it! We are cramming them full of calories that they can’t even burn off!

Obviously, I decided to hold off on feeding him cereal again for a little while. He turned five months old on August 4th but I decided to wait until the 10th to start up again. We were done traveling for several weeks (or so we thought b/c then Nana passed away and we were in Melbourne) so I thought it’d be the perfect time. 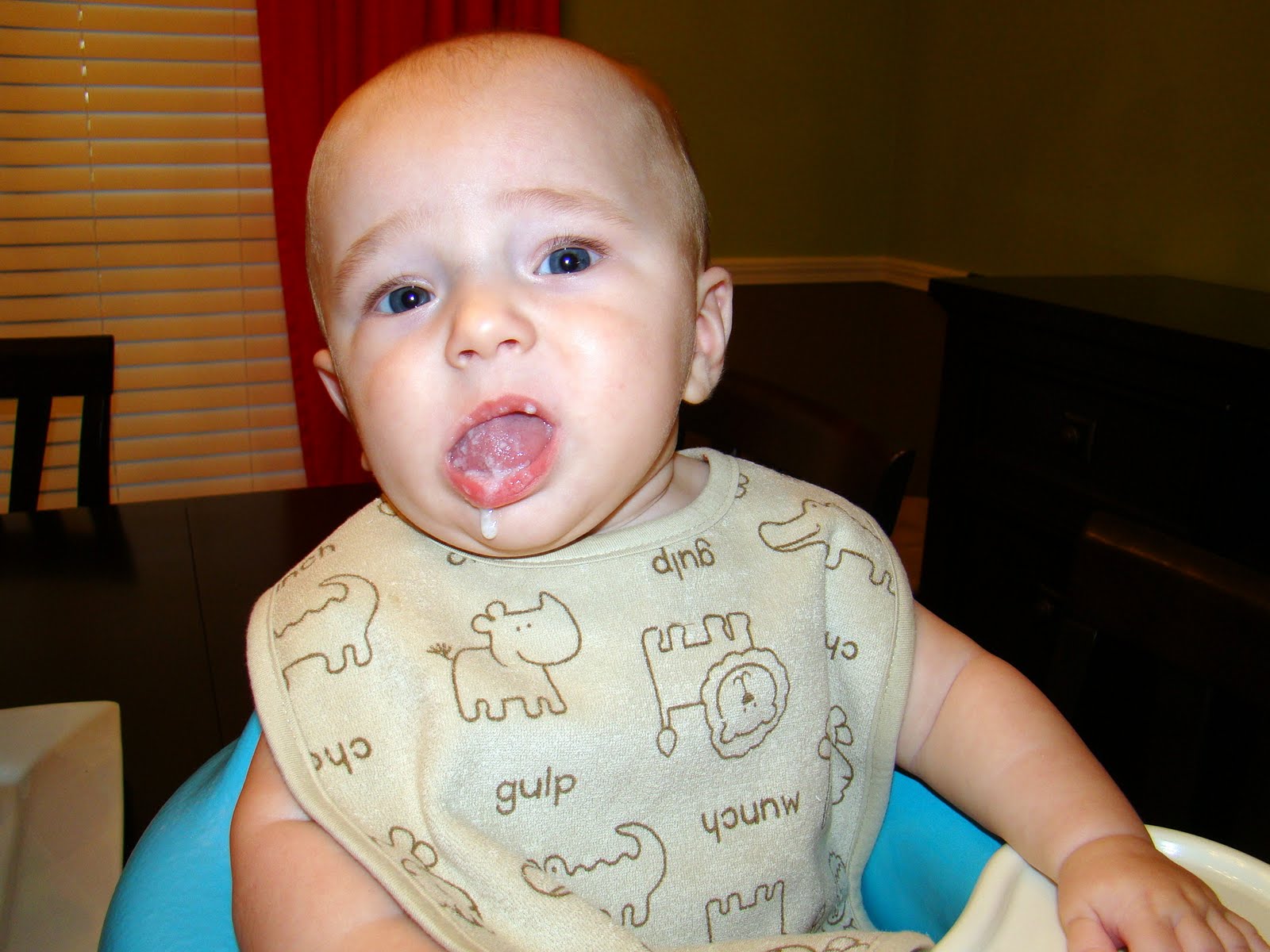 This time starting the cereal has been SO much better. I mix it with Pure Water at room temperature. I know some things say to mix it with breastmilk or formula but he gets the nutrition he needs from my milk when he eats so he doesn’t “need” it with the solids. I also know some people warm the food before feeding it to them…but honestly these babies don’t have preferences yet people! I think it’s hilarious when I hear people say, “my baby hated baby food” or “he/she only likes the cereal warm.” Well if it’s ALL they know then they can’t hate it can they? They don’t know any different! We are on the go all the time and travel so much that having to worry about mixing the cereal with milk or heating it up everytime would be a huge pain so I opted to do it the easiest way I could 🙂 Also it worries me to heat it up because I’m so scared that it’ll be too hot for him! 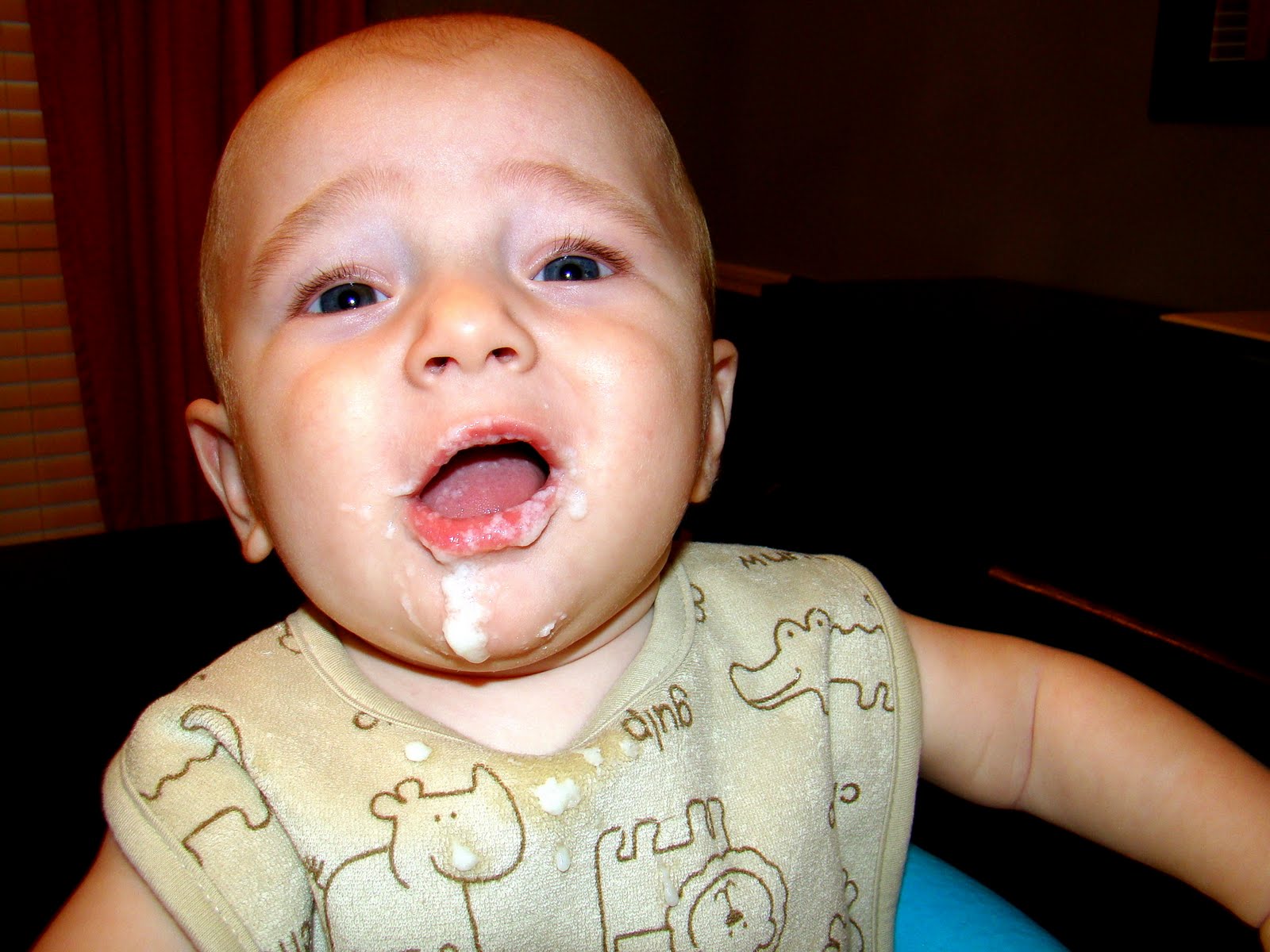 Babywise II says to give him three servings of rice cereal a day. This worried me a little bit because I heard it can make them constipated so while he was JUST eating the cereal I’d only give it to him at two feedings (the 7 am and the 11am). Now that he’s also eating green beans and peas I give him vege and cereal at 7 am, vege and cereal at 11, and just cereal at 7. Once he has had fruits it’ll change again and eventually he will just be getting cereal twice a day.

Many books also say to nurse him on one side, then do the solids, then nurse the other side. Um…what a pain! I nurse completely from both sides before offering any solids. Milk is his main source of nutrition and I’d rather him “fill up” on that than on the calories from the solids. He did great the first week of rice only and I planned on giving him solids (green beans) the second week but since Nana passed away I had to wait another week.

Babywise II actually suggests giving him cereal for three weeks on its own before introducing beges so he got 2 solid weeks of it which is pretty close! He has become quite the little eater and is now up to almost 4 tbl per feeding…sometimes more! He isn’t a big fan of the rice cereal and he makes some pretty grossed-out faces while eating it. I think once he gets fruit to mix in with it that he’ll enjoy it more but until then he’ll live with it! haha 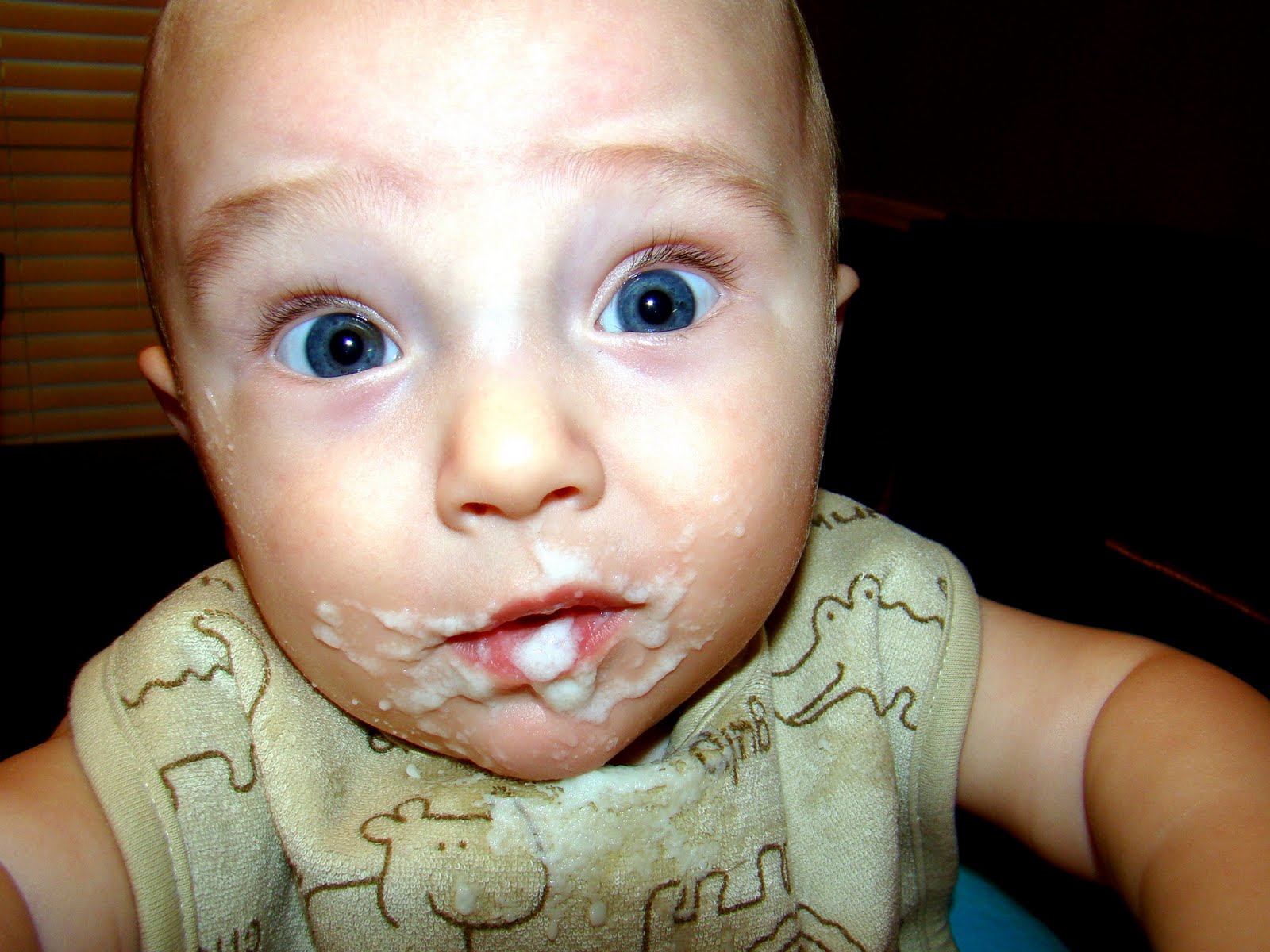 As I mentioned I’ve now got him eating green beans and peas (carrots are coming up next week) but I plan to do one long post about all the veges together…I knwo the suspence is killing you!