Something I wish I’d done all along was to track Kye’s nap issues. His biggest issue throughout his whole life has been napping. He’s always been an awesome eater, awesome popper, awesome healthy baby, and an awesome night sleeper. Throughout his life thus far, however, we’ve dealt with some not-so-great nap times. 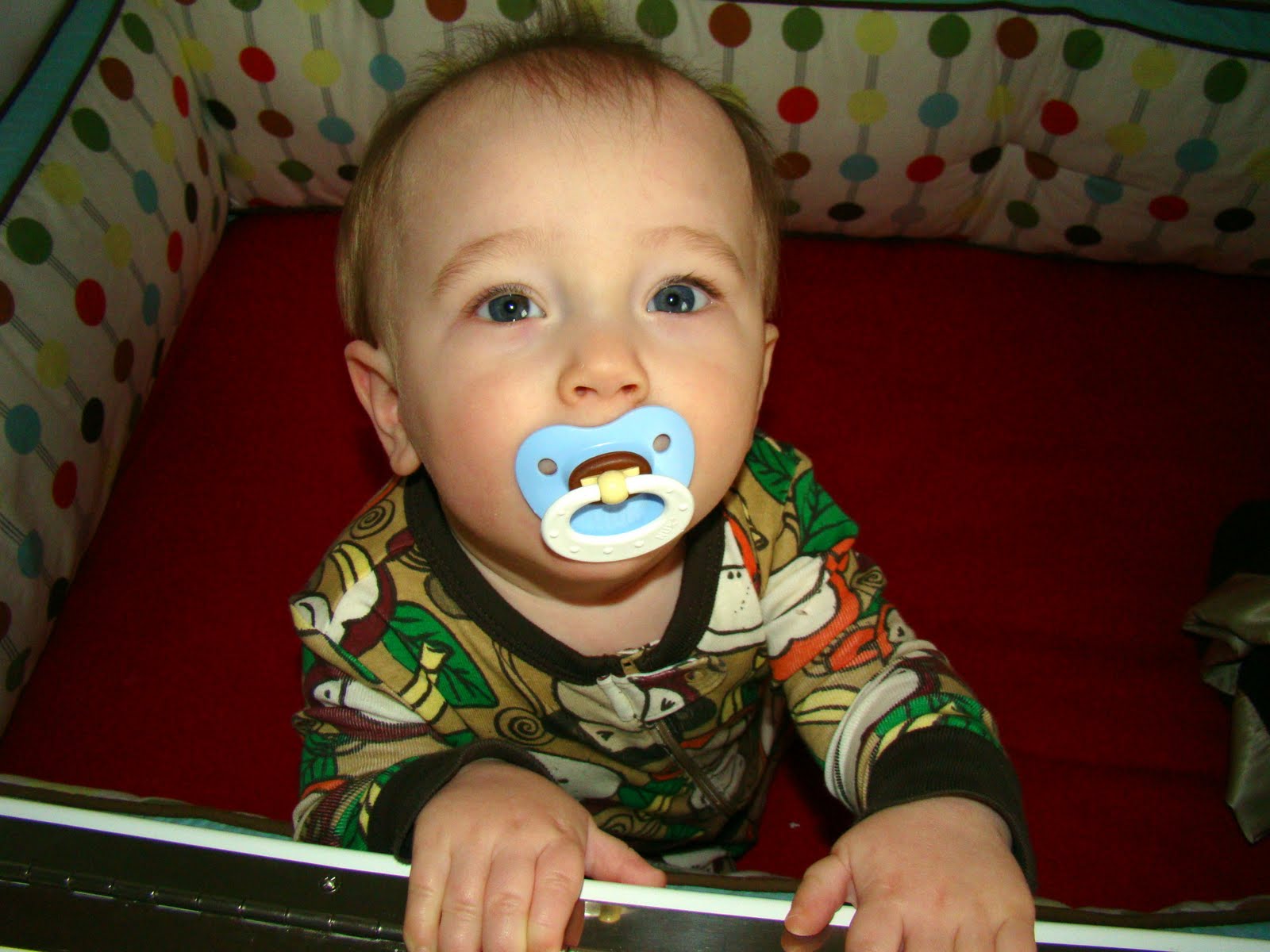 At around 9 1/2 months old Kye started having issues with waking up around 45 min into his nap. I thought we were past this??? He’d wake up and sob. I’d go into his room to do our normal routine. If he wakes up we lay him back down, put the paci in , and hand him mr. monkey then we leave. He puts himself to sleep! Well, not this time. He has started having little temper tantrums. He’d scream, jerk his whole body around, even bang his head on the crib over and over. 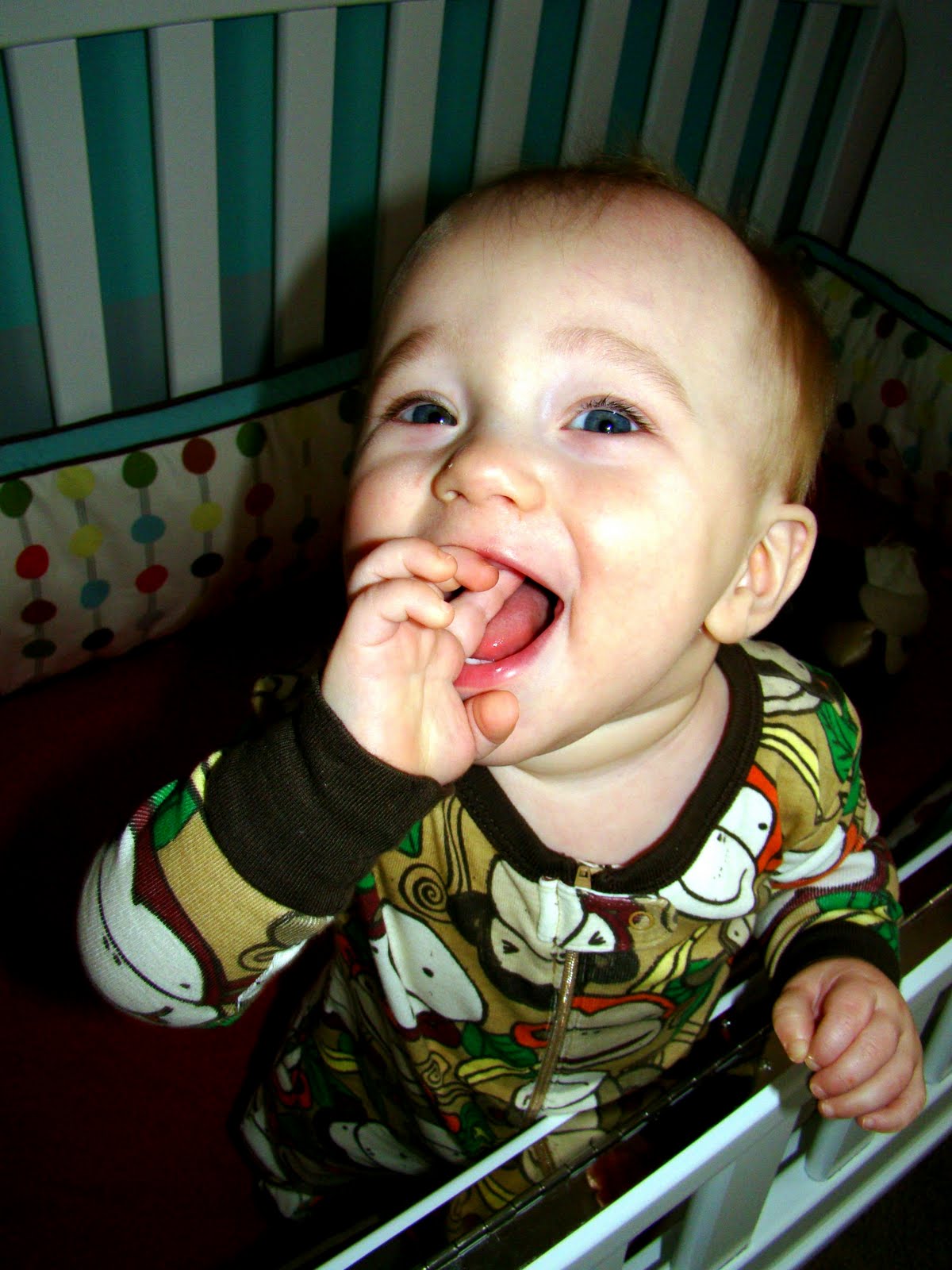 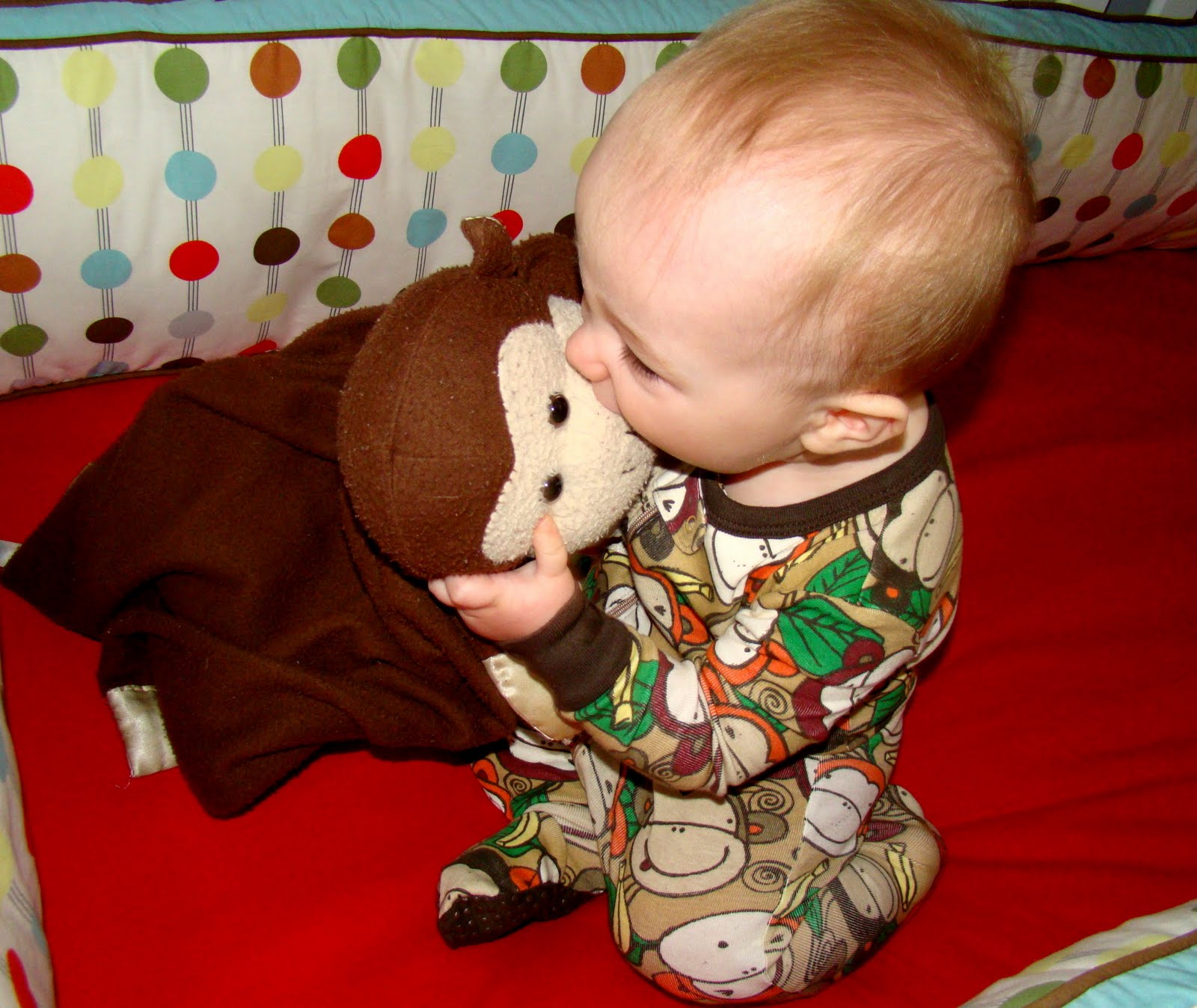 This even started happening at night! He’d wake up and do this for an hour easily. SO frustrating. Zach and I were at a loss. He was sick when it first started so we DID pick him up and comfort him but once he got over the cold we realized he was trying to manipulate us (ok, babies don’t actually know how to manipulate!). He’d figured out that he if cried hard enough and put on a good show that we’d eventually pick him up. So that ended. 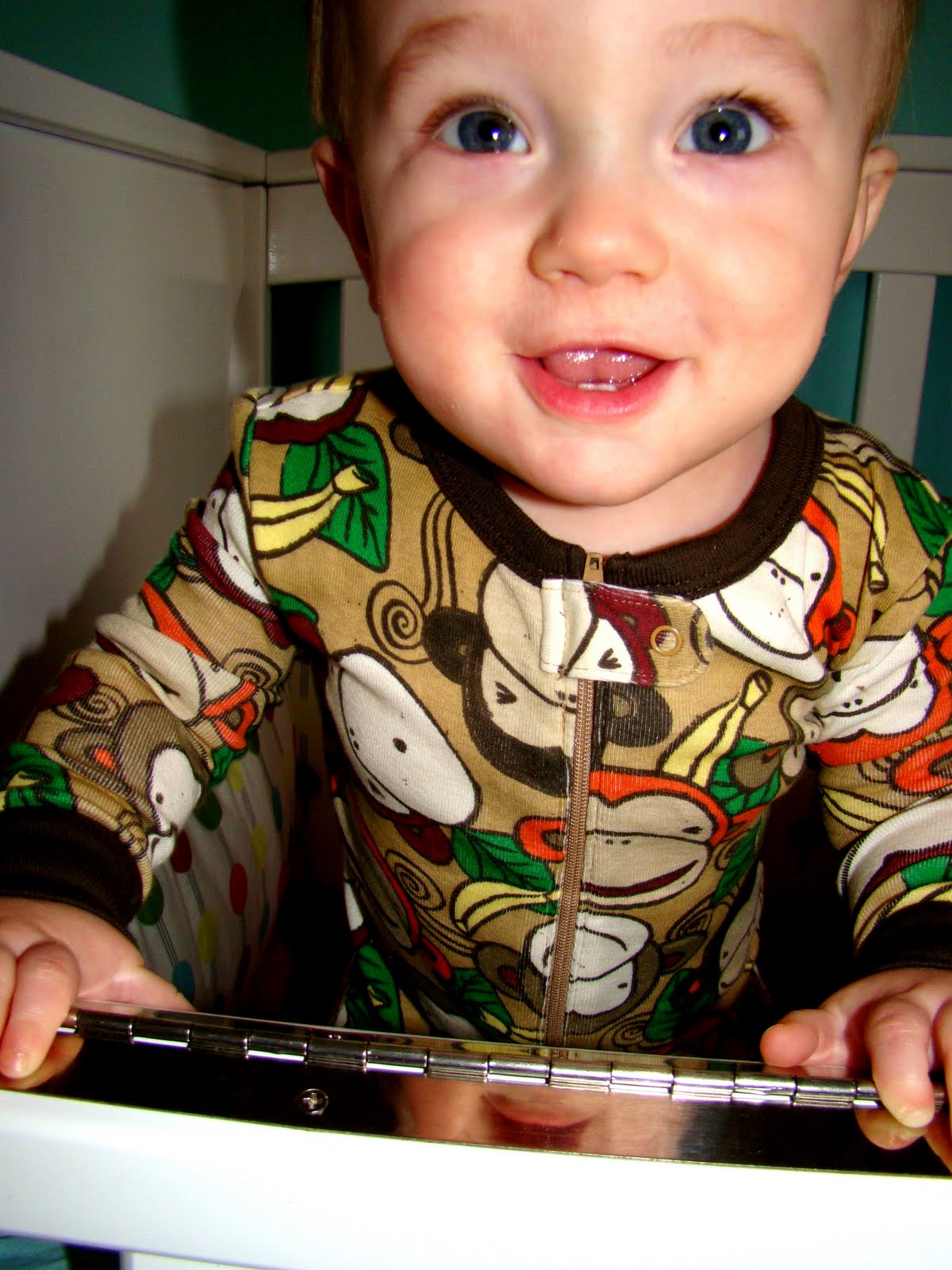 Instead of picking him up Zach and I simply stay in the room and watch him. We let him throw his fit. We don’t talk to him much, don’t touch him much, and basically just stand over his crib so he can see us and know that we are there. We’d continue to offer him his paci (just simply hold it in our hand and have our hand out stretched to him) and eventually he’d take it, put it in his mouth, and go back to sleep! SO strange. 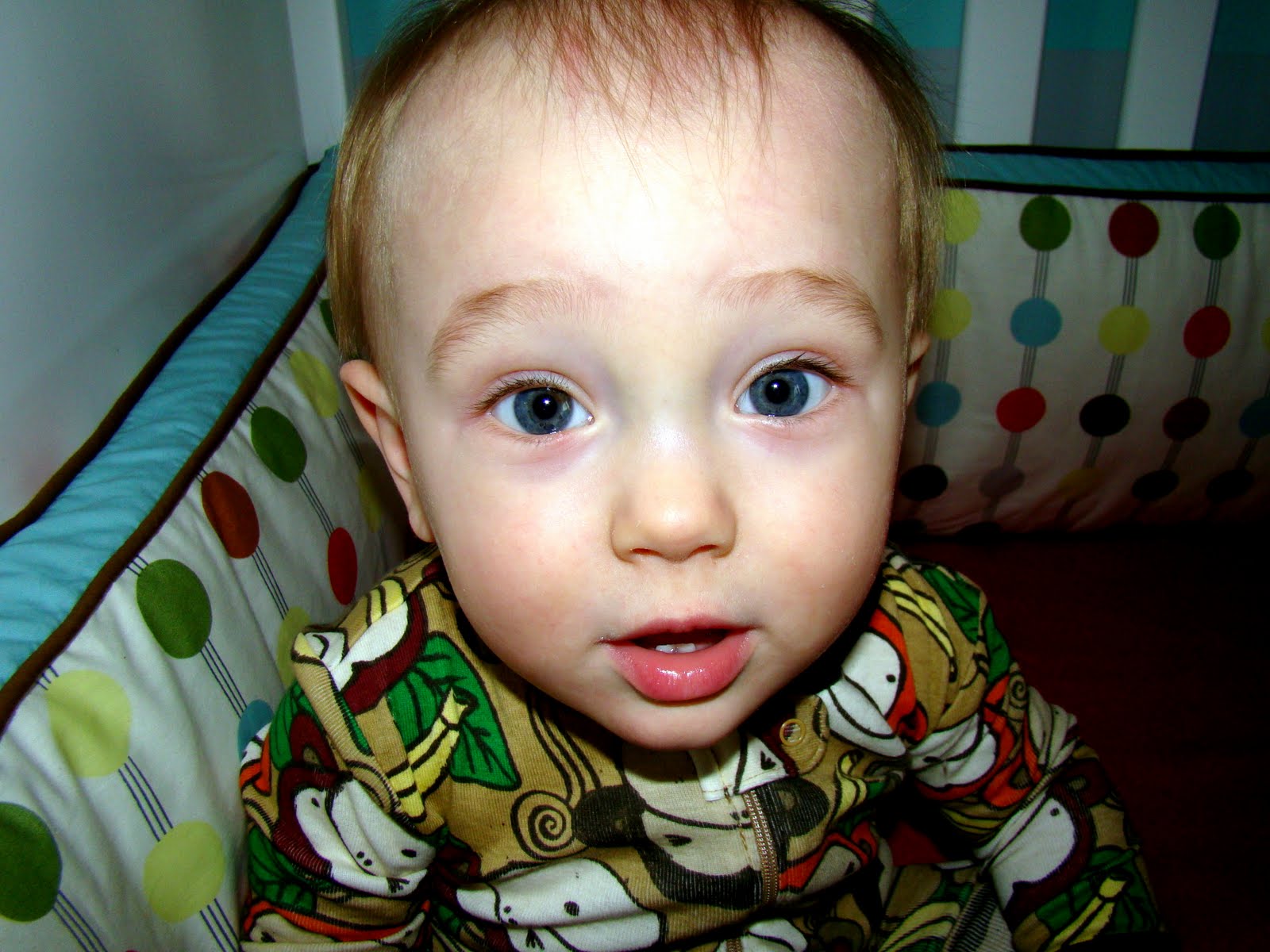 It bothered me not knowing why this was happening. For his afternoon nap he was going down at 12:40 and waking up at 1:30 to often not go back to sleep at all! I’d be spending an hour and a half standing in his room. The only thing I could figure is that he was dealing with some separation anxiety issues. 9 months old is a common age for this to happen and maybe that’s what was going on? I knew he wanted me IN the room with him as when we would try to sneak out he’d realize it and continue to throw a fit. And one day when Mrs. Charlotte watched him he wouldn’t sleep for her AT ALL and just cried and cried. 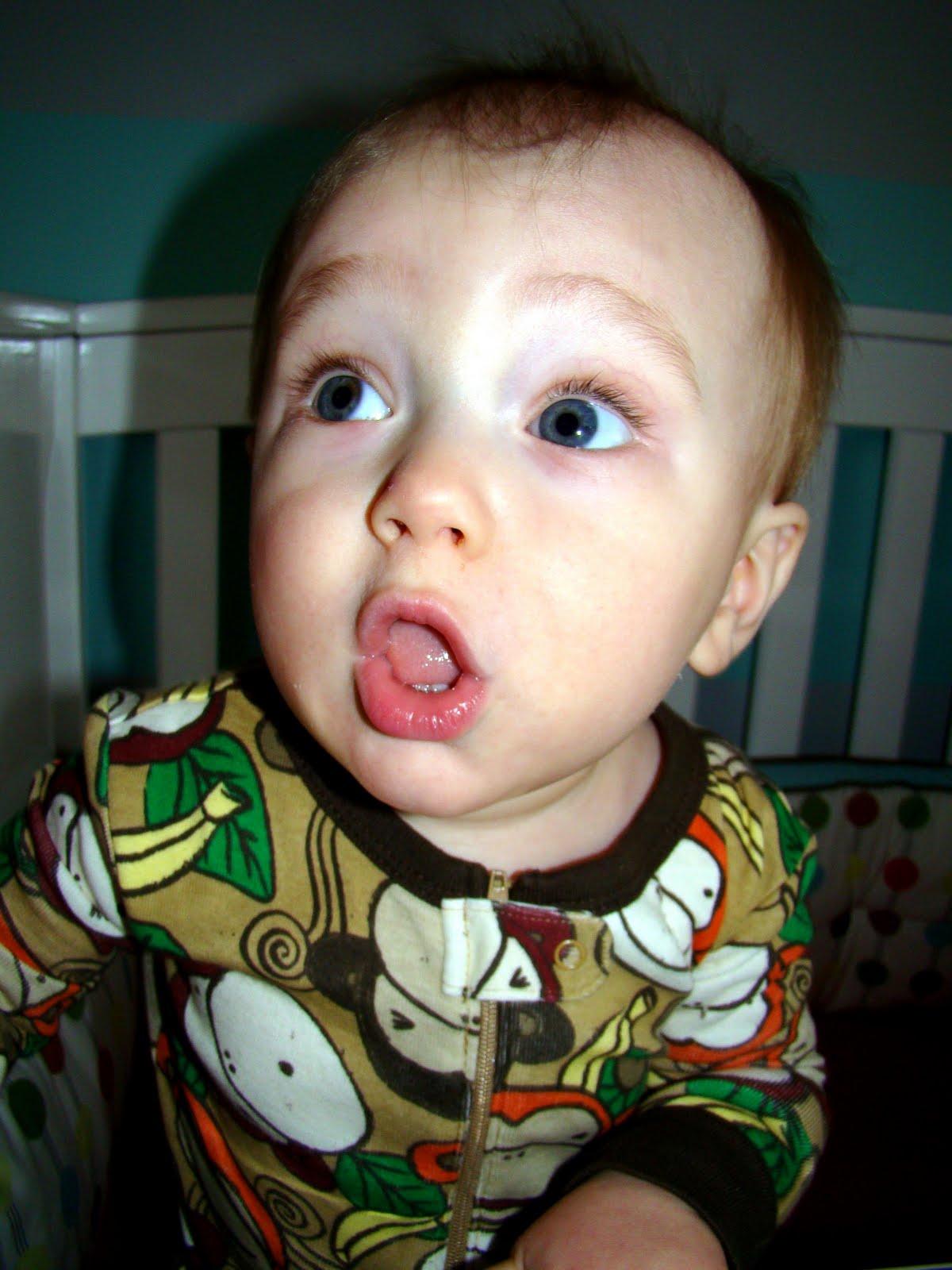 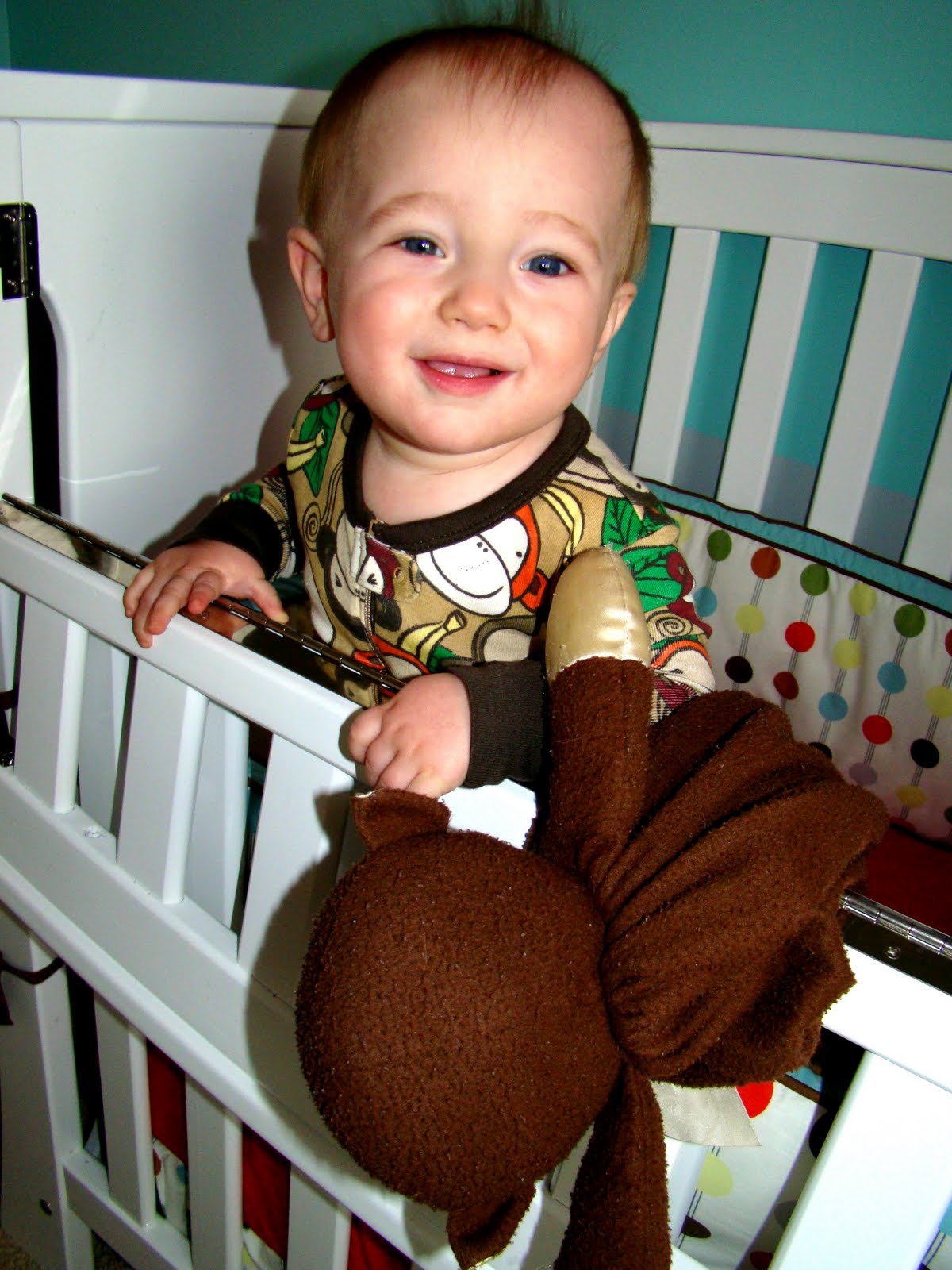 I didn’t know what else to do. We just kept with our plan of allowing him to work it out on his own but being there for him through it and slowly it got better. The night waking stopped and the nap time issues became less often. While he chillded out a bit on the temper, he started a new nap issue. PACI THROWING. Gah I can’t STAND it. He will wake up and toss the paci out of the crib then cry and cry and cry until I go in there. I hand it back to him and he throws it out again. As soon as he throws it he starts to cry. 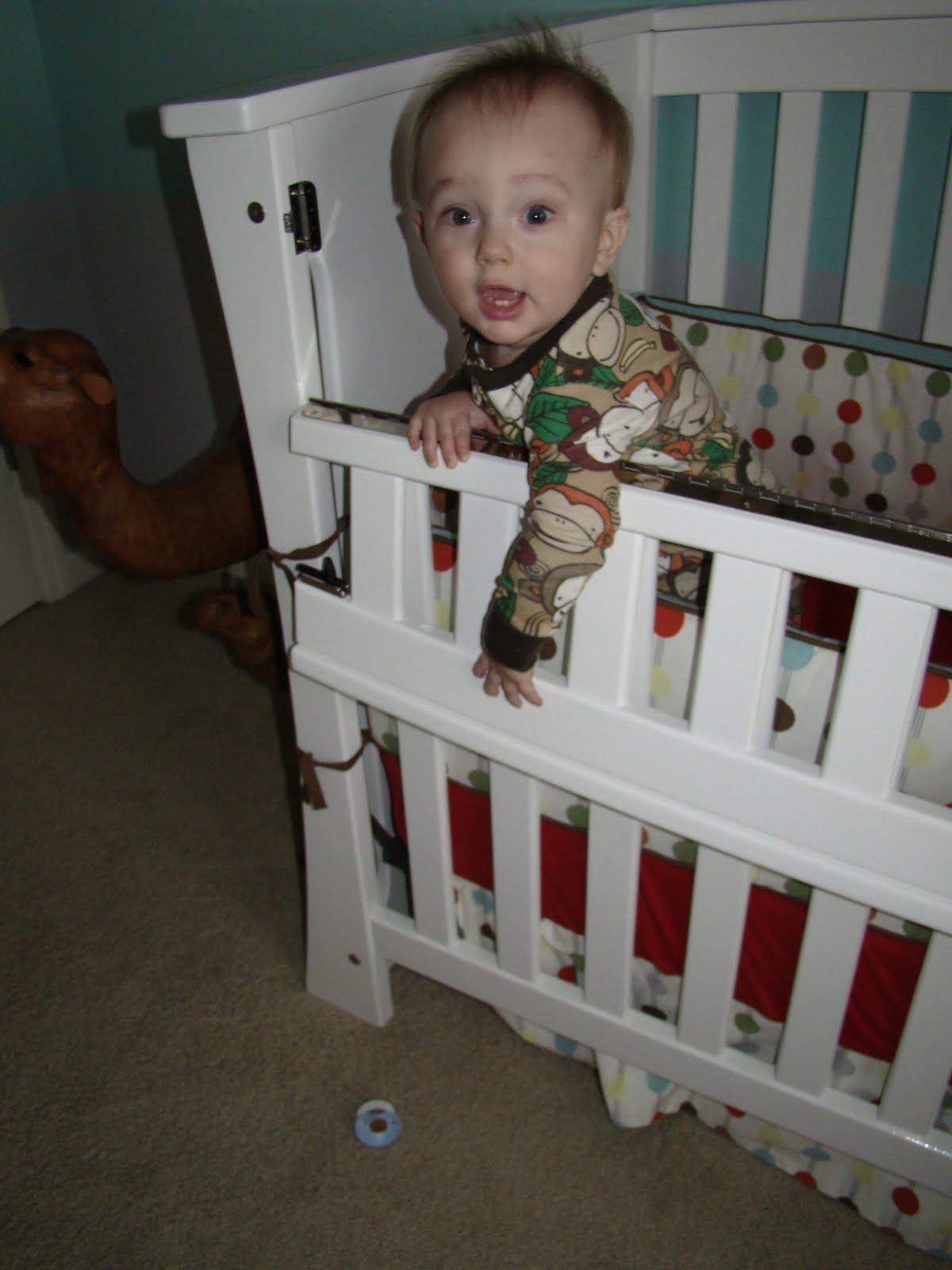 I honestly believe that he is using the paci as a tool to STAY awake. He knows that when he gets the paci he goes to sleep and he doesn’t want to sleep so he throws it. He also knows that throwing the paci makes me come in the room and so he does it to get me in there then he will bawl if I try to leave. I actually got to the point with it where I wanted to say GOODBYE to paci (that’s not the first time I’ve wanted to do it!). I looked up online ways to wean him off of it and tried to punch a hole in the thing…it didn’t work so I punched a bunch of ’em in it with a thumb tack and nope, didn’t work either. When WILL we be paci free?!? 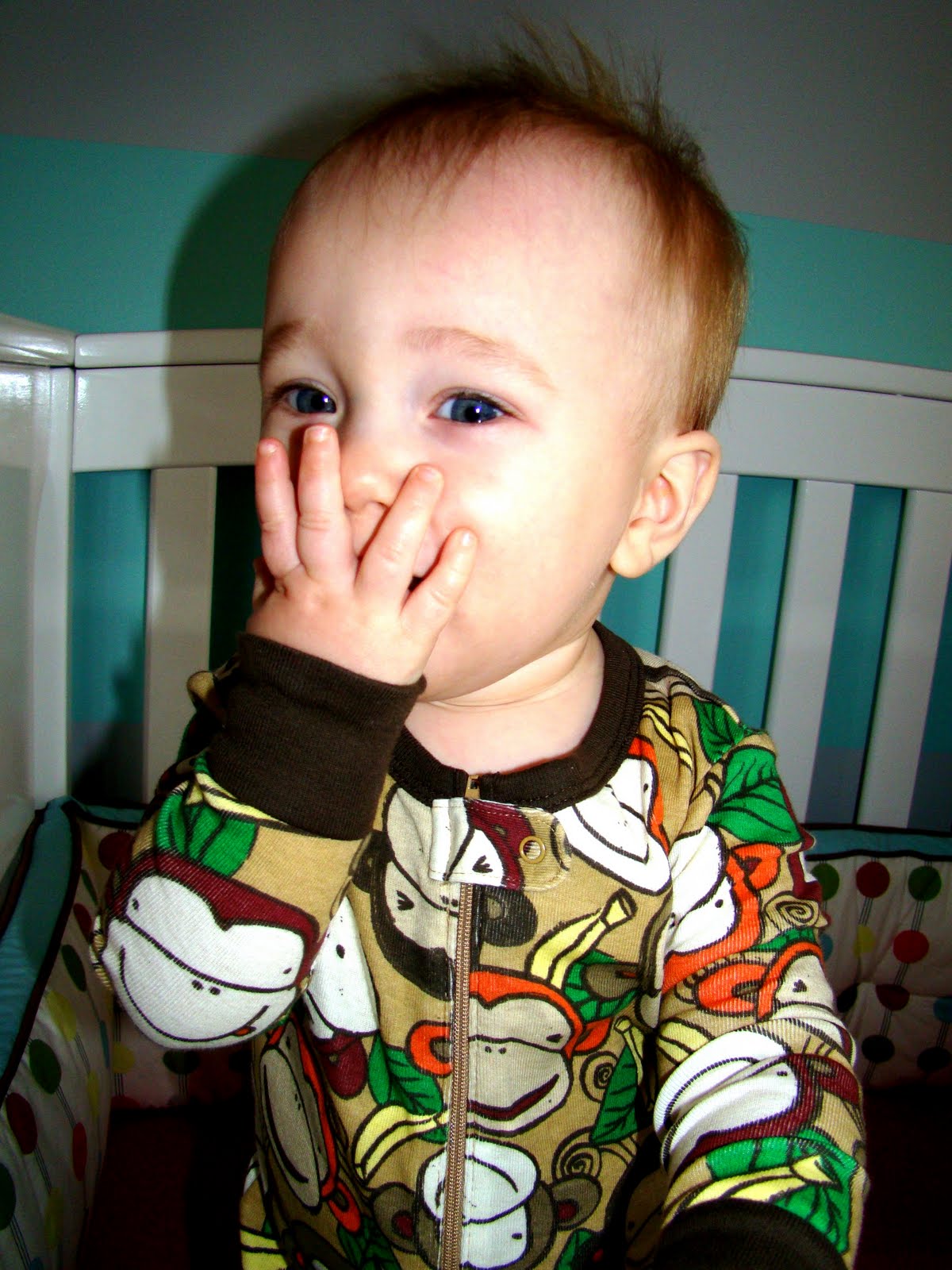 I’d say this nap issue lasted until he was 10 1/2 months old. He will still occasionally wake up from his nap and throw the paci. The other day I decided it will NOT be happening anymore. Kye has really come to understand “no sir” and will not break rules even when we aren’t watching! When he woke up crying and throwing the paci I stayed in the room but instead of trying to get him to settle back into sleep I used his nap as a learning time. When he went to throw the paci I sternly said “NO SIR.” Which of course resulted in him bawling. But he learned. That nap I probably said “no sir” 100 times or more as he’d KEEP trying it and then he’d KEEP crying every time I got onto him. But as he was about to toss it he’d look at me with that look that let me know he KNEW what he was about to do was something he wasn’t supposed to! From now on when he throws it out I will still go in the room and give it back but I will use the time I’m in there to continue to teach him NOT to throw it out. 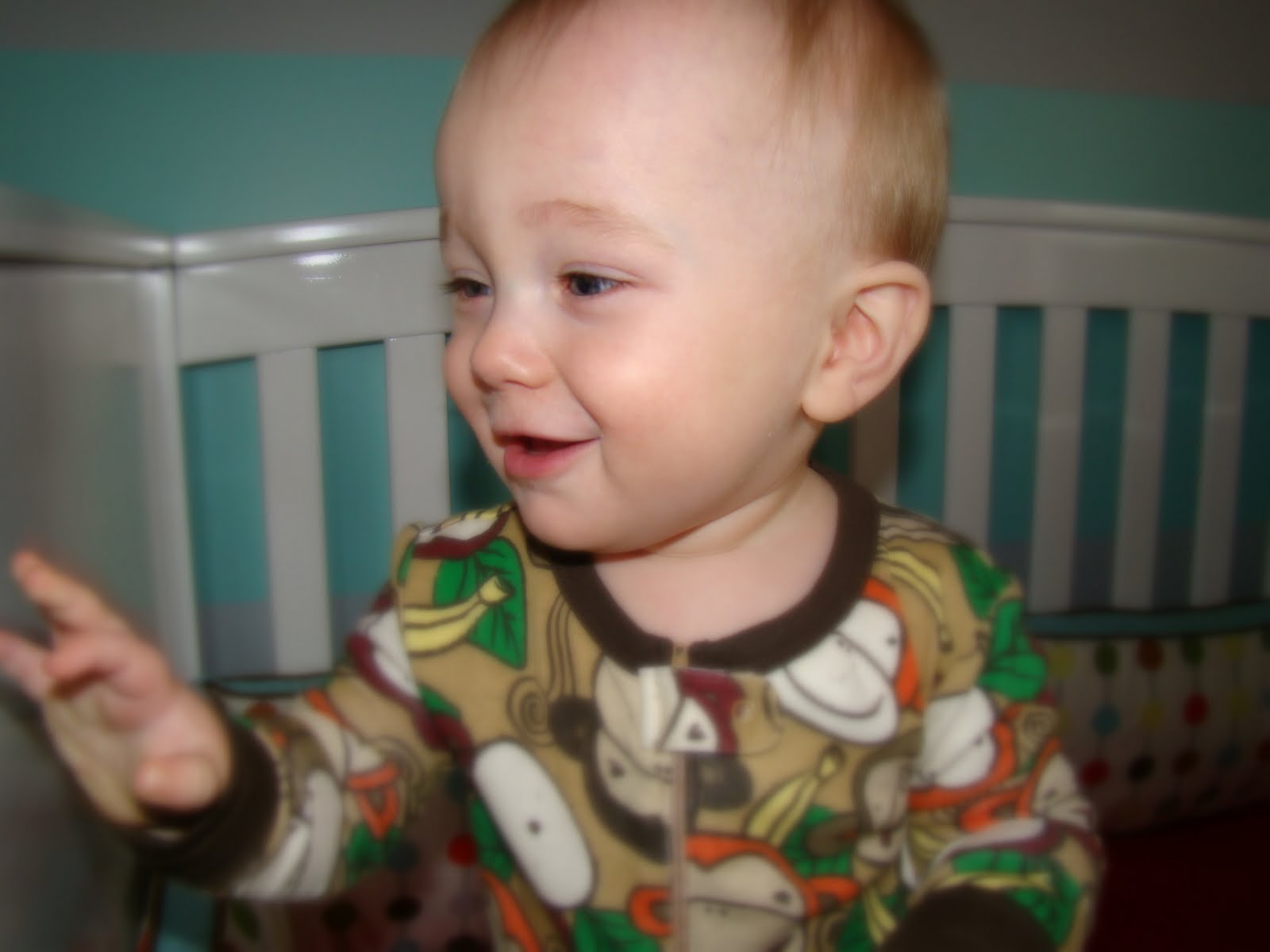 Through this almost-year of nap issues I have learned not to stress over them. Each one is just a phase. Sometimes there is no reason for them and sometimes you just can’t fix it. I try to keep my cool and remain consistent until the phase passes.  I’m proud of myself that no matter HOW bad it’s gotten we’ve NEVER rocked him to sleep or put him in our bed!!! 🙂  I feel like a BIG help to this phase was moving his nap up a little. Instead of 8:40 and 12:40 he now goes down at 8:55 and 12:55. I know it’s only 10 min but it makes a HUGE difference and he’s sleeping SO much better now 🙂 (at least for now!) 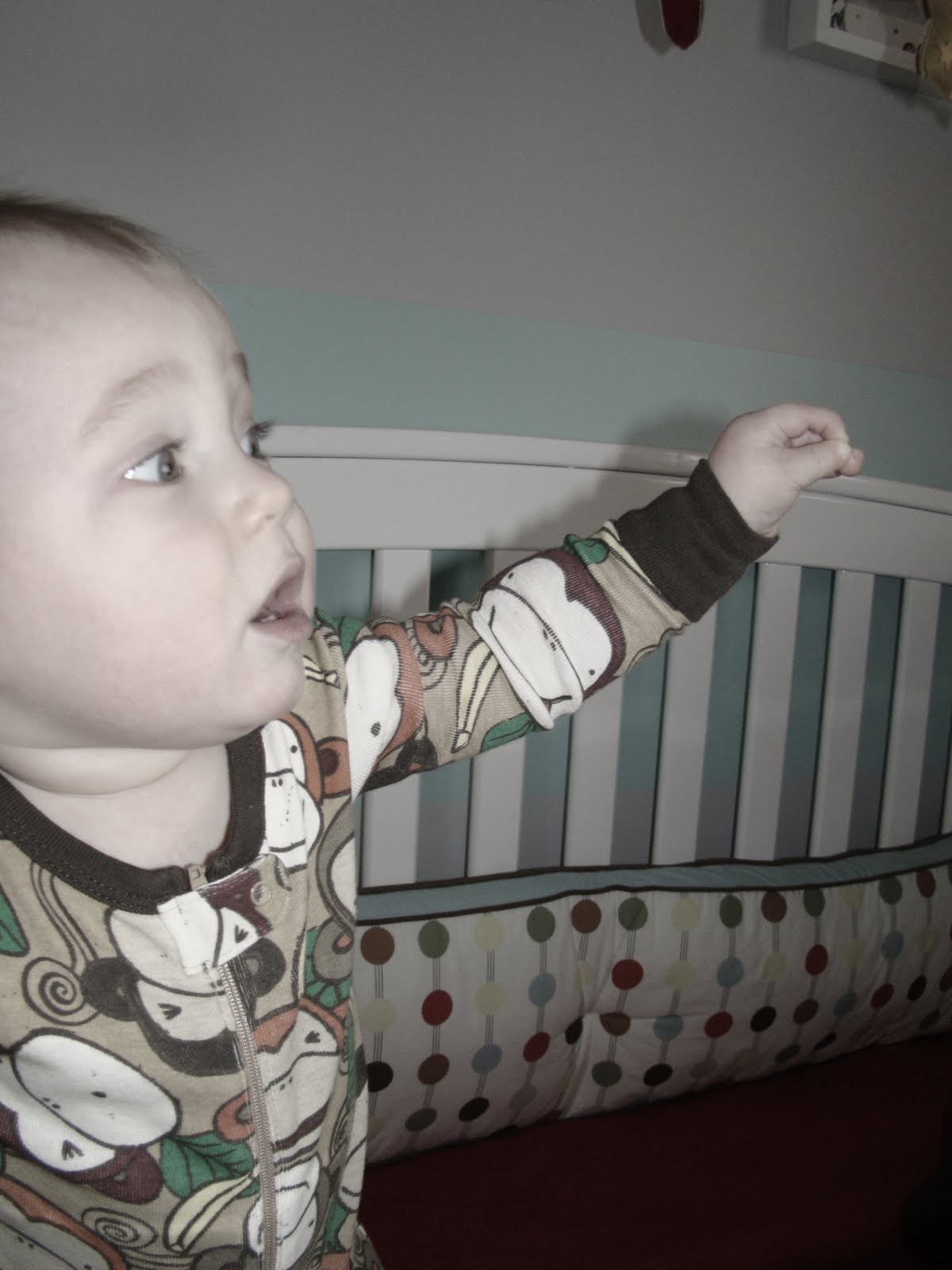 I love how the first child teaches us so much! Even when things annoy the crap out of me I always learn 🙂 Have I ever said that the next kid I’m NOT DOING THE PACI??? And I’m also seriously getting a video monitor and doing cry it out? Oh it’s happening!!!! 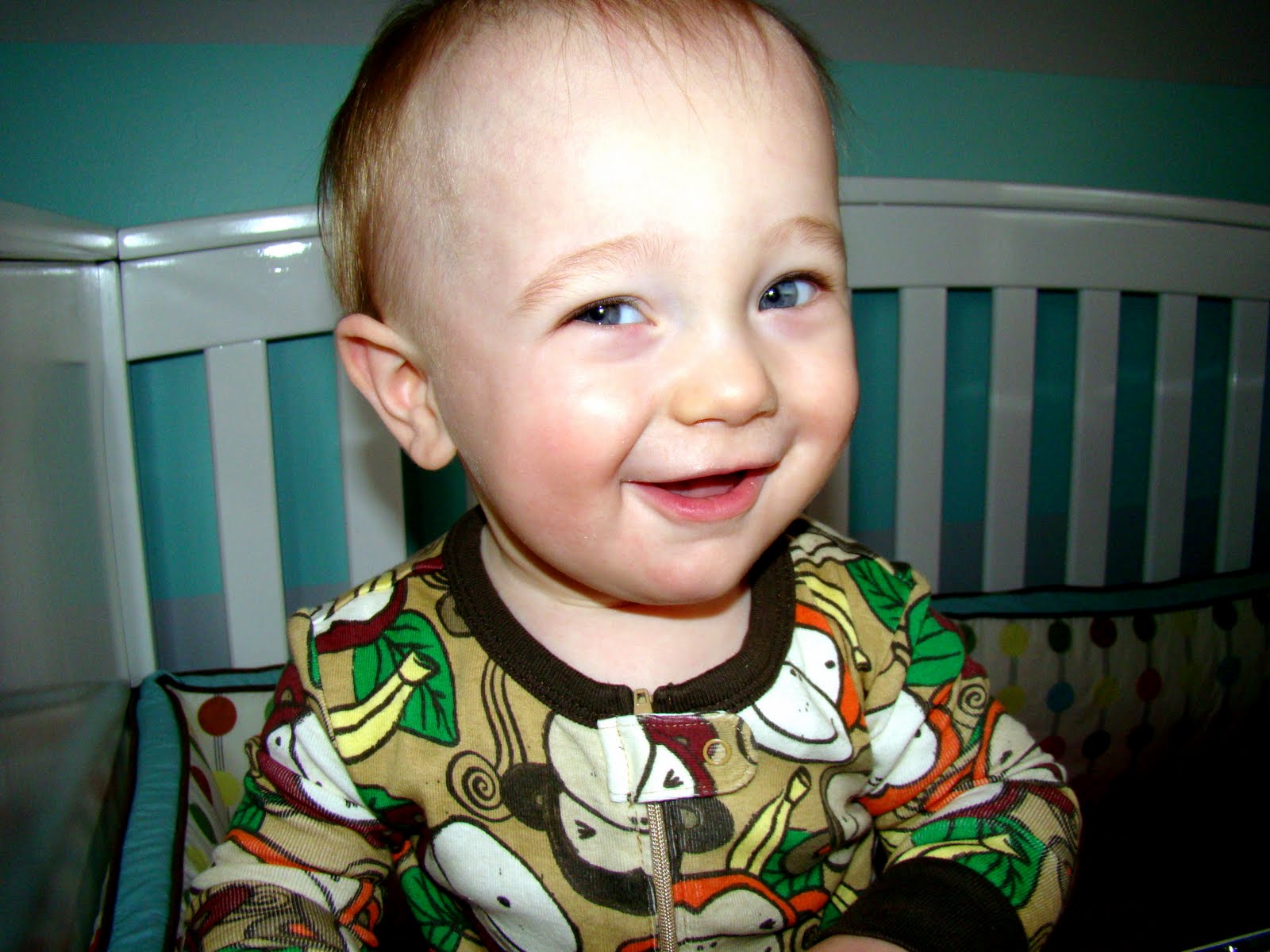