Every year at the kid’s preschool they have a BIG Thanksgiving Feast. The school doesn’t go big on Christmas or any other holiday, but Thanksgiving is the one they go all out on. I know that’s different from most of y’alls schools. I saw a TON of kids doing little Christmas plays and such! Not gonna lie…I don’t mind that I didn’t have to make some type of Christmas costume haha!

The only issue with Thanksgiving being the “it” holiday for their school is that it’s also the busiest time of the year for Zach with work. I don’t think he’s yet to be able to come to one of the Thanksgiving events. Maybe by the time Tess is in preschool his work load will slow down some 😉

By this point I was feeling MUCH better emotionally and felt that the PPD cloud had been lifted. I wanted to go to this event. And I wanted to manage it solo. I wanted to be able to see BOTH of my kids and spend that quality time with them! Mrs. Charlotte offered to keep Tess. Of course the event fell during her feeding time. I made a bottle and told Mrs. Charlotte and Cheryl (Mrs. Charlotte’s sister who offered to help too) just to do their best with Tess drinking the bottle and to NOT keep me posted. I know that sounds crazy. How could I not want updates on my baby? But I didn’t. I needed to just be focused on Kye and Britt and couldn’t spend the whole time obsessing over if Tess ate or not. I knew if she had one bad feeding it’d be okay. I could nurse her earlier if I needed to for the next feeding.

It ended up all going really well! Tess did awesome for Mrs. Charlotte and Cheryl and I had a blast with the kids! I was worried about how I would get to visit each kid at their class. The school planned for this issue by having the times to visit the classes staggered. I went to Kye’s class first and had about 30 minutes with him before needing to go to Britt’s class.

So sweet on the door of his classroom! 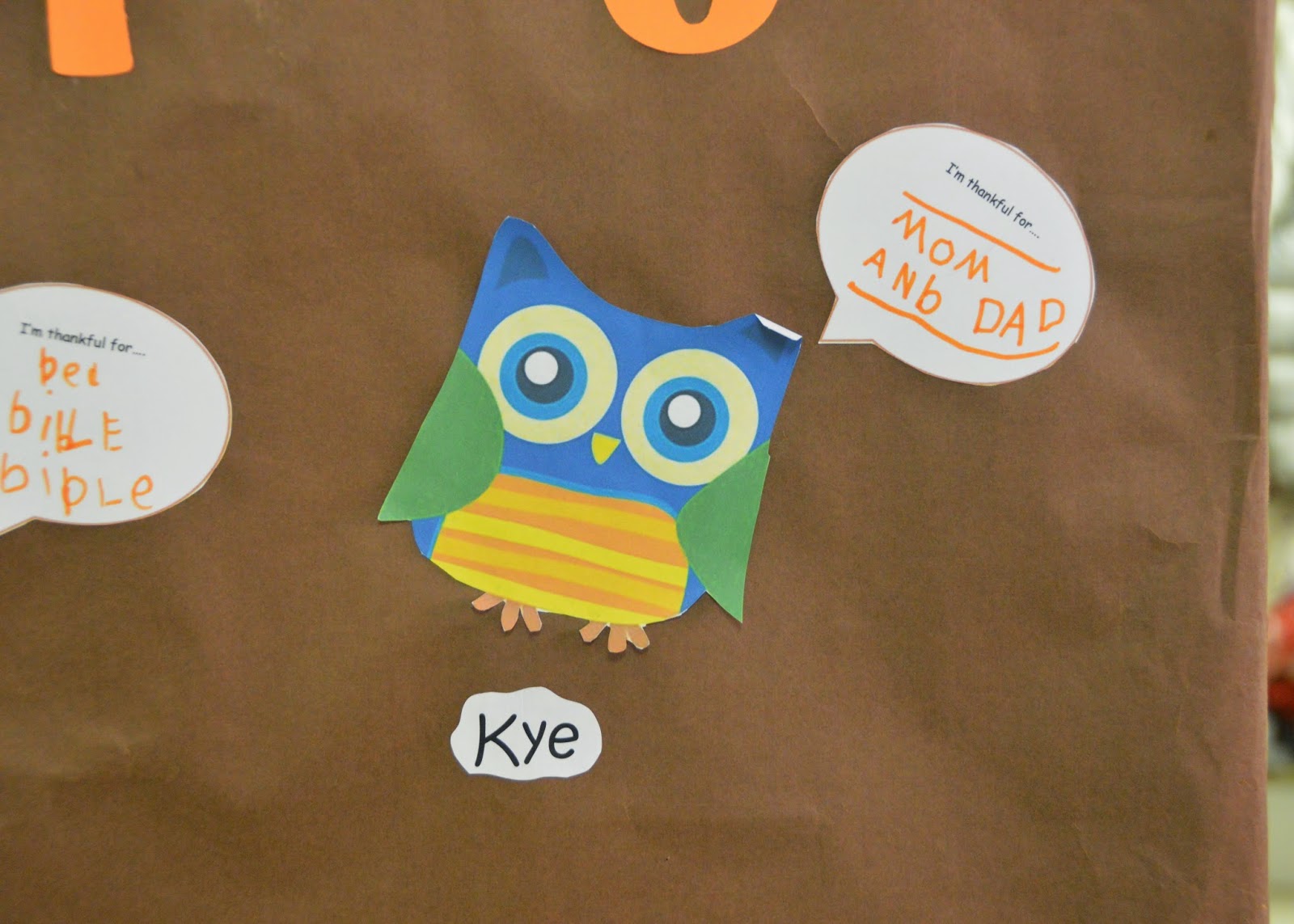 With his class we did a turkey craft together 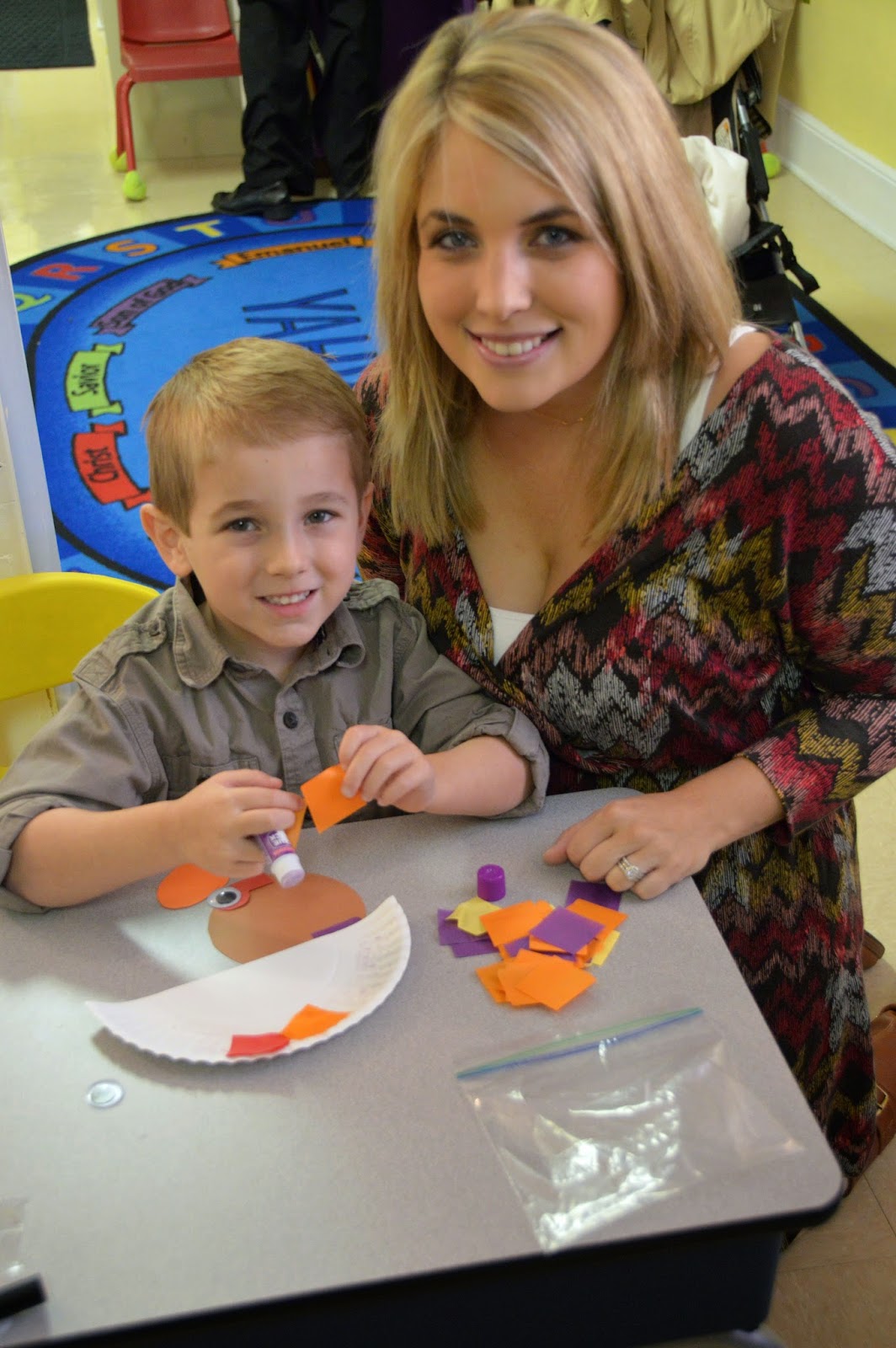 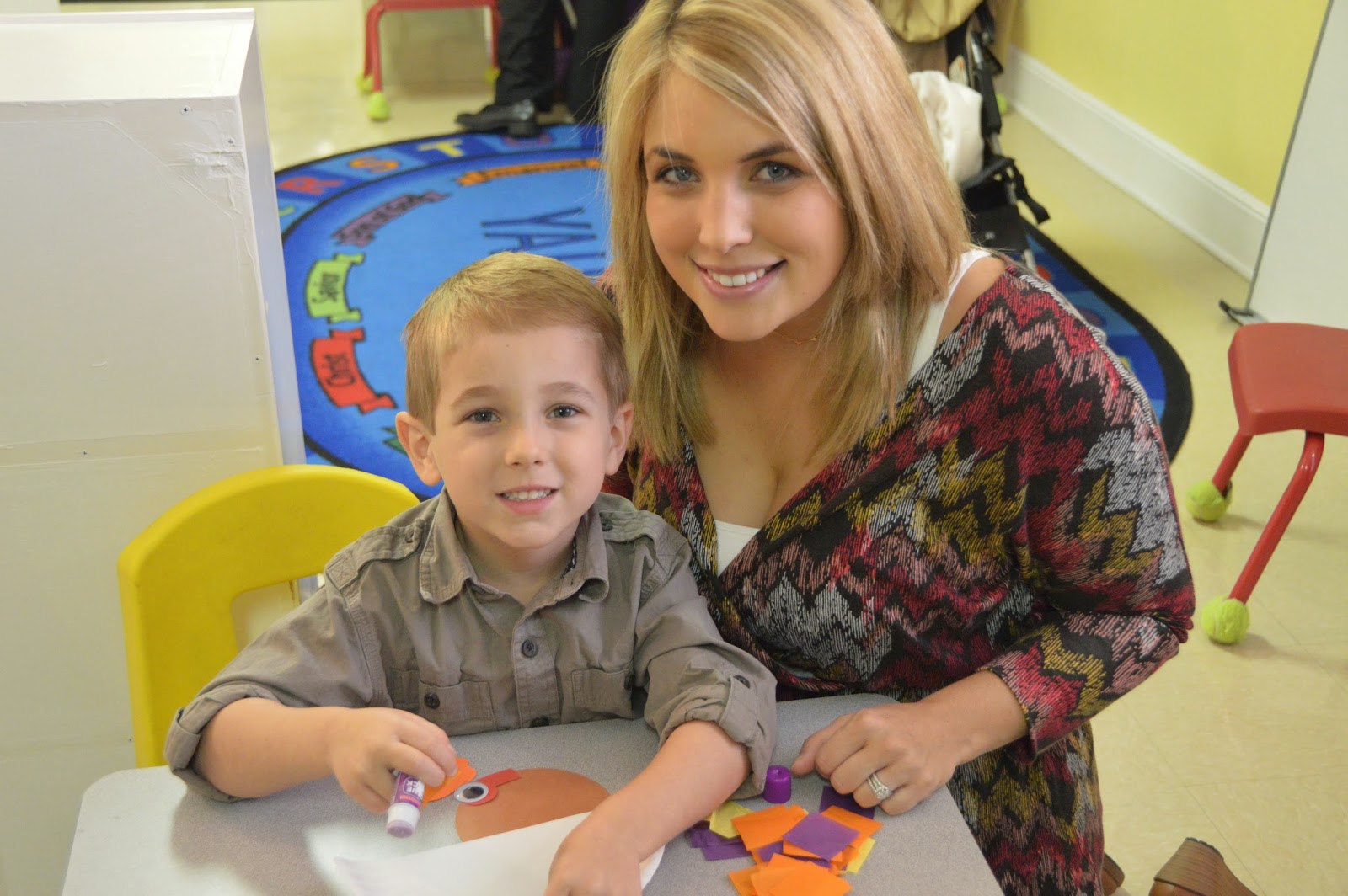 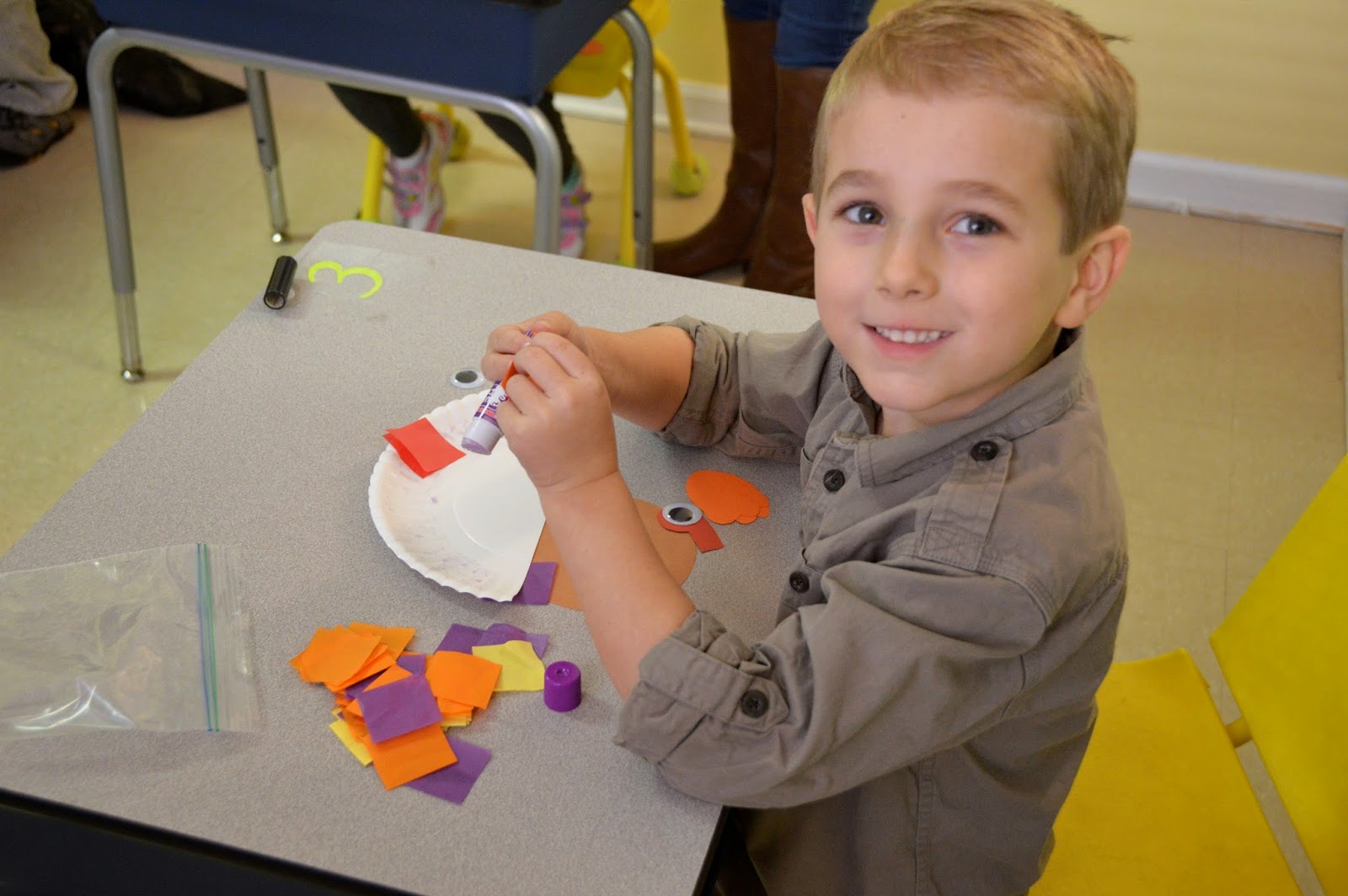 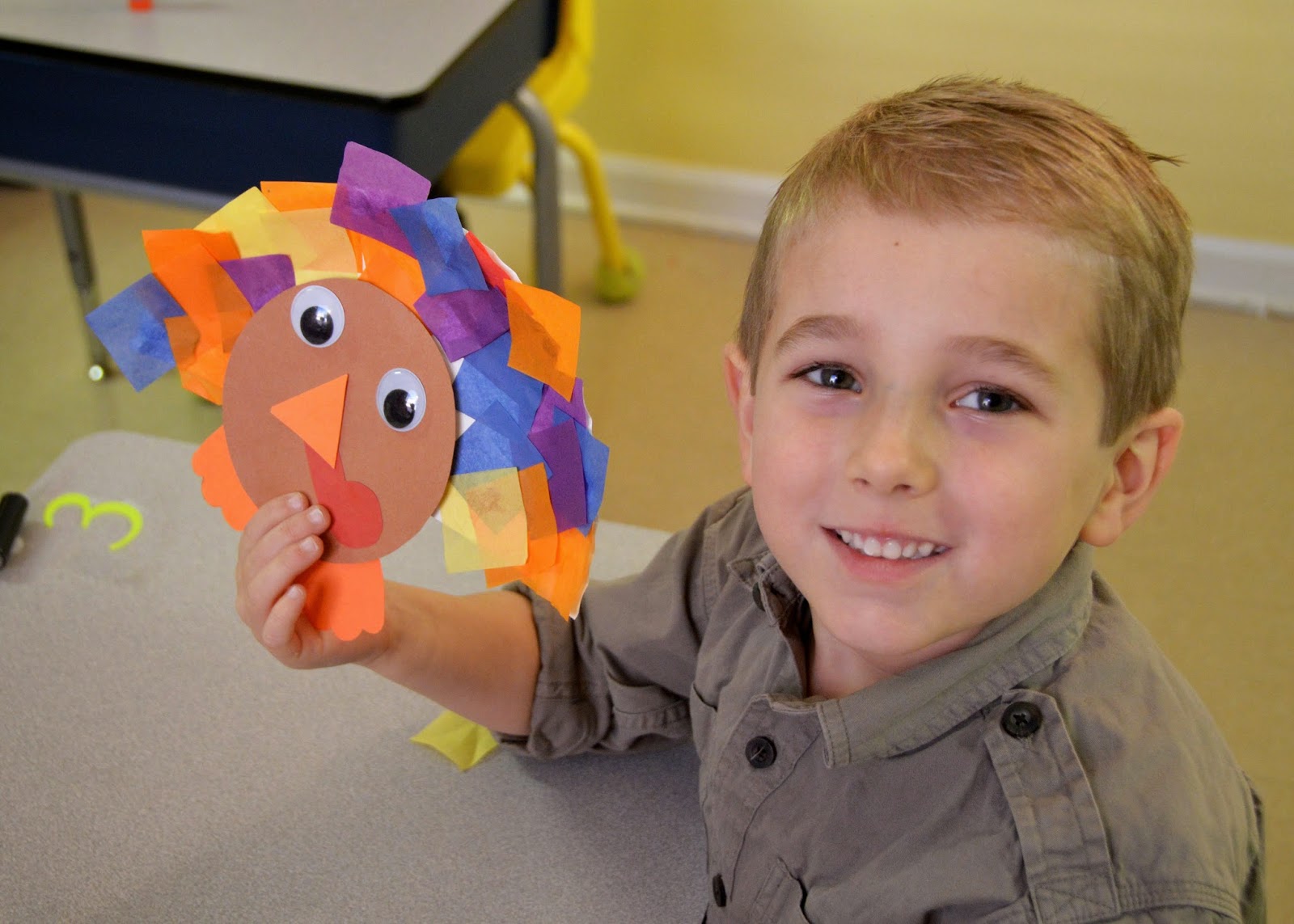 Once we finished the craft I asked his teacher if there was anything else going on with his class and she said no. All they had planned to do was play a game as a class. I asked if Kye wanted to come with me to Britt’s class but he wanted to stay with his friends to play the game (y’all…it starts EARLY that friends come before Mommy!!!). I left and headed to Britt’s room and ended up finding out that after I was gone they sang a turkey song!!! I was SO upset that I missed it and was pretty frustrated to not have been told to stay! Another mom got it on video and sent it to me so at least I saw that (you can’t actually see Kye in it…but you can see his awesome hand motions and you can hear him…like he’s the only kid you can consistently hear singing haha!) And when we got home I asked Kye to sing the song again for me 🙂

I thought this was so cute in Britt’s classroom! 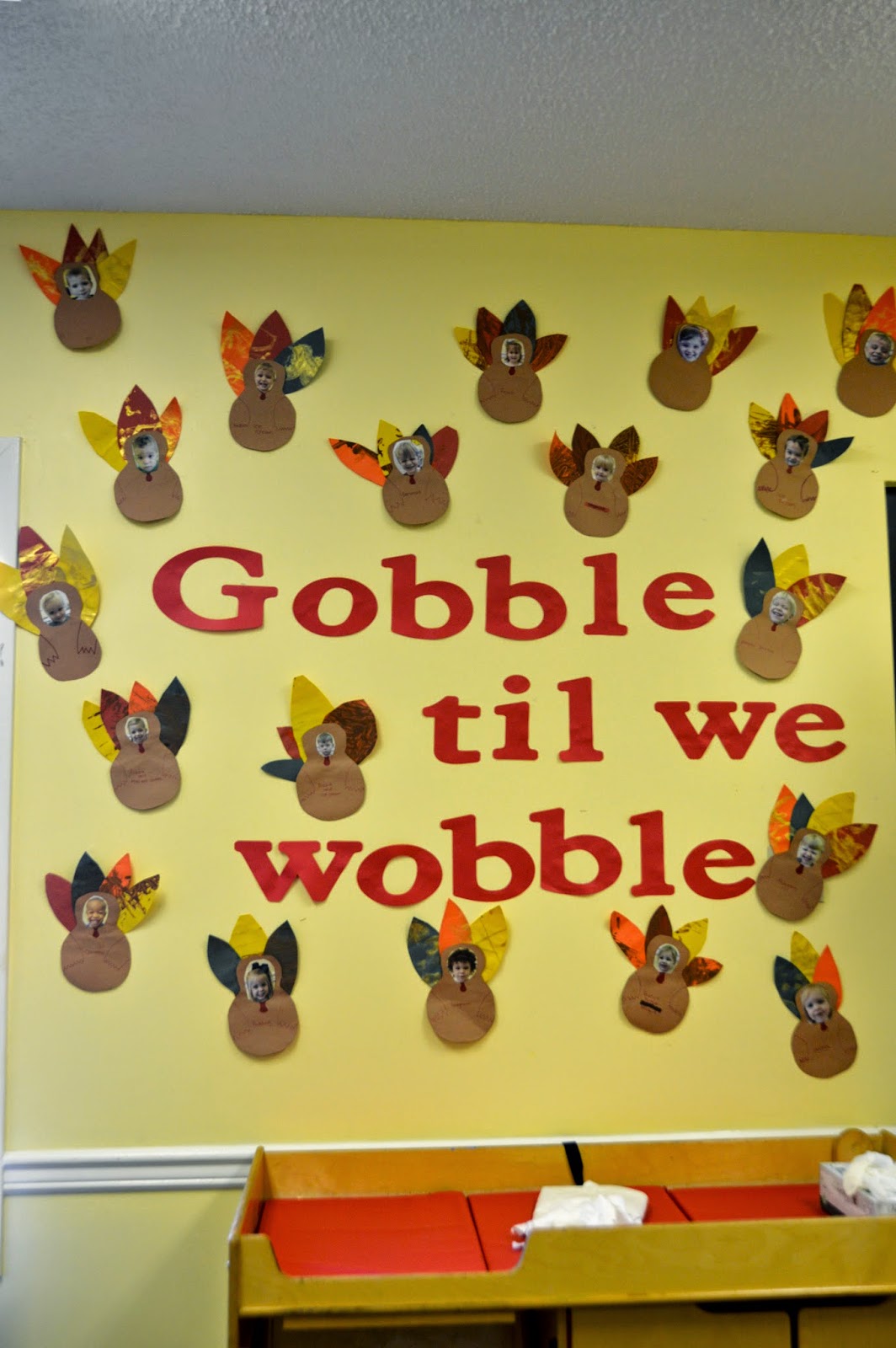 I’m not sure what “pudding” means though? I mean I don’t think Britt has ever had pudding?!?! 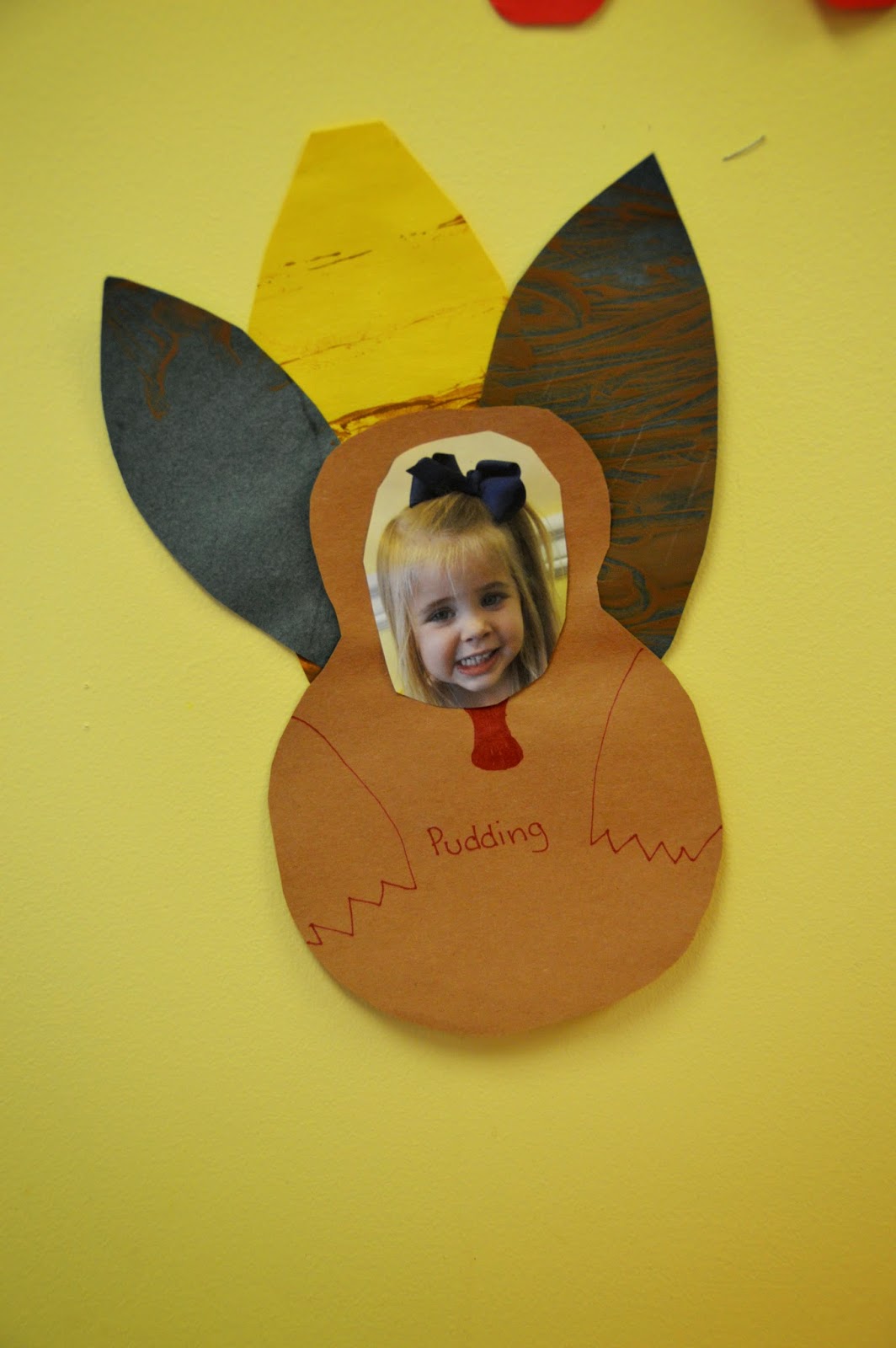 It’s still so strange to me to see Britt in a school setting. I can’t believe she’s old enough! I adore her teachers and enjoyed spending time with her in her classroom environment! We decorated an “indian outfit” for her to wear. Which she took very seriously and then refused to take off for the next several days haha. When we took Kye to school the next morning Britt was decked out in her indian gear 😉 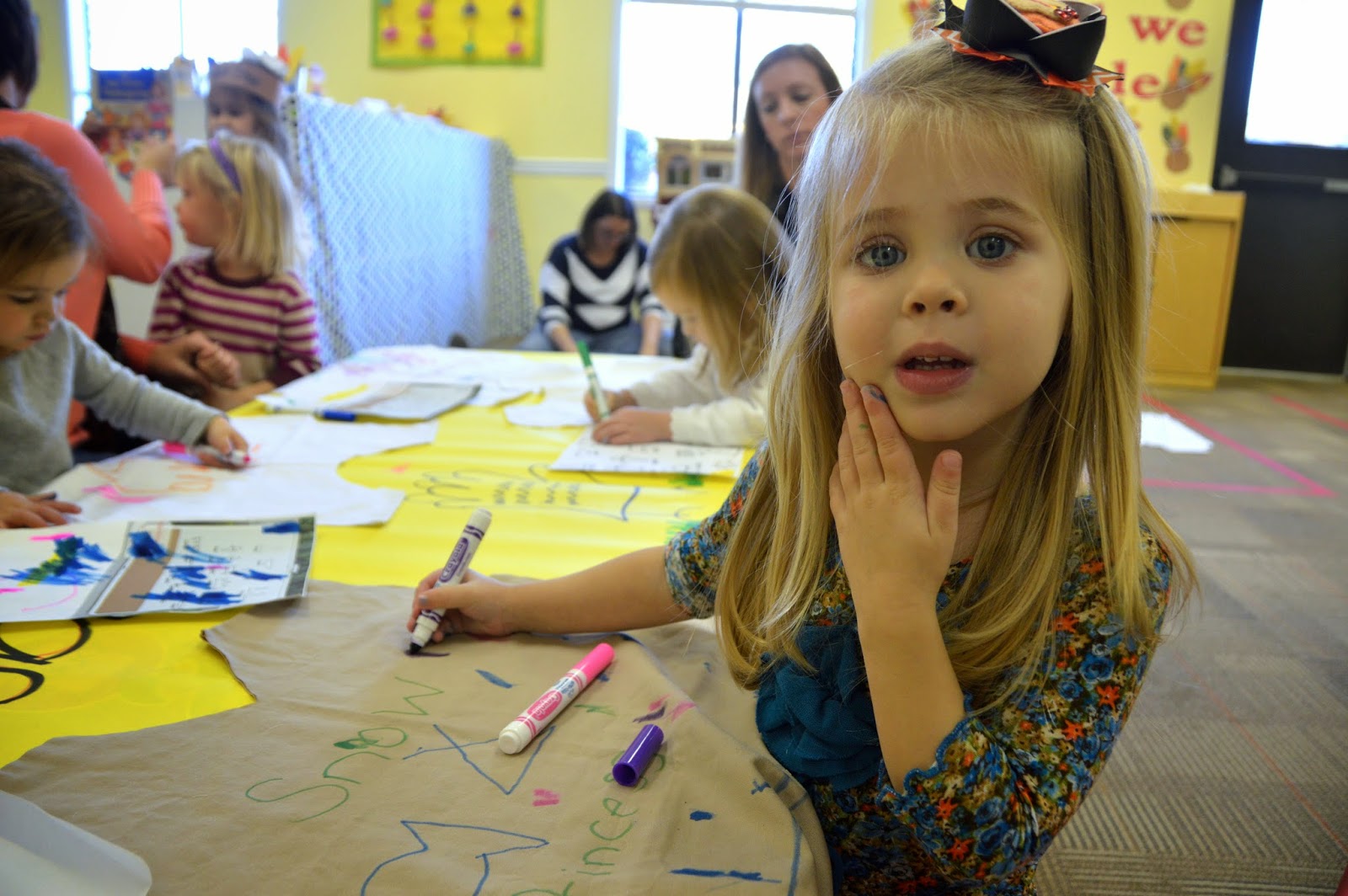 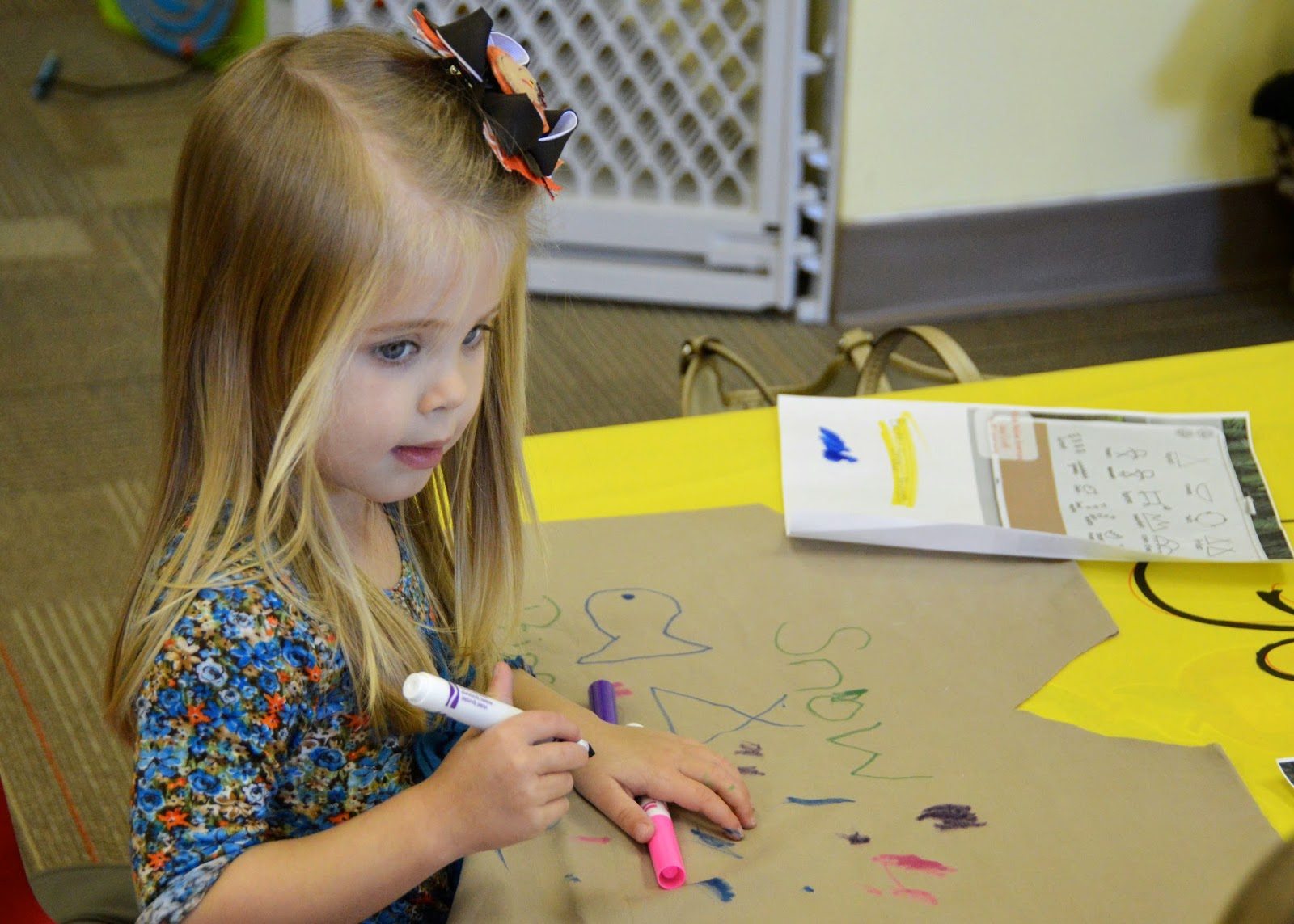 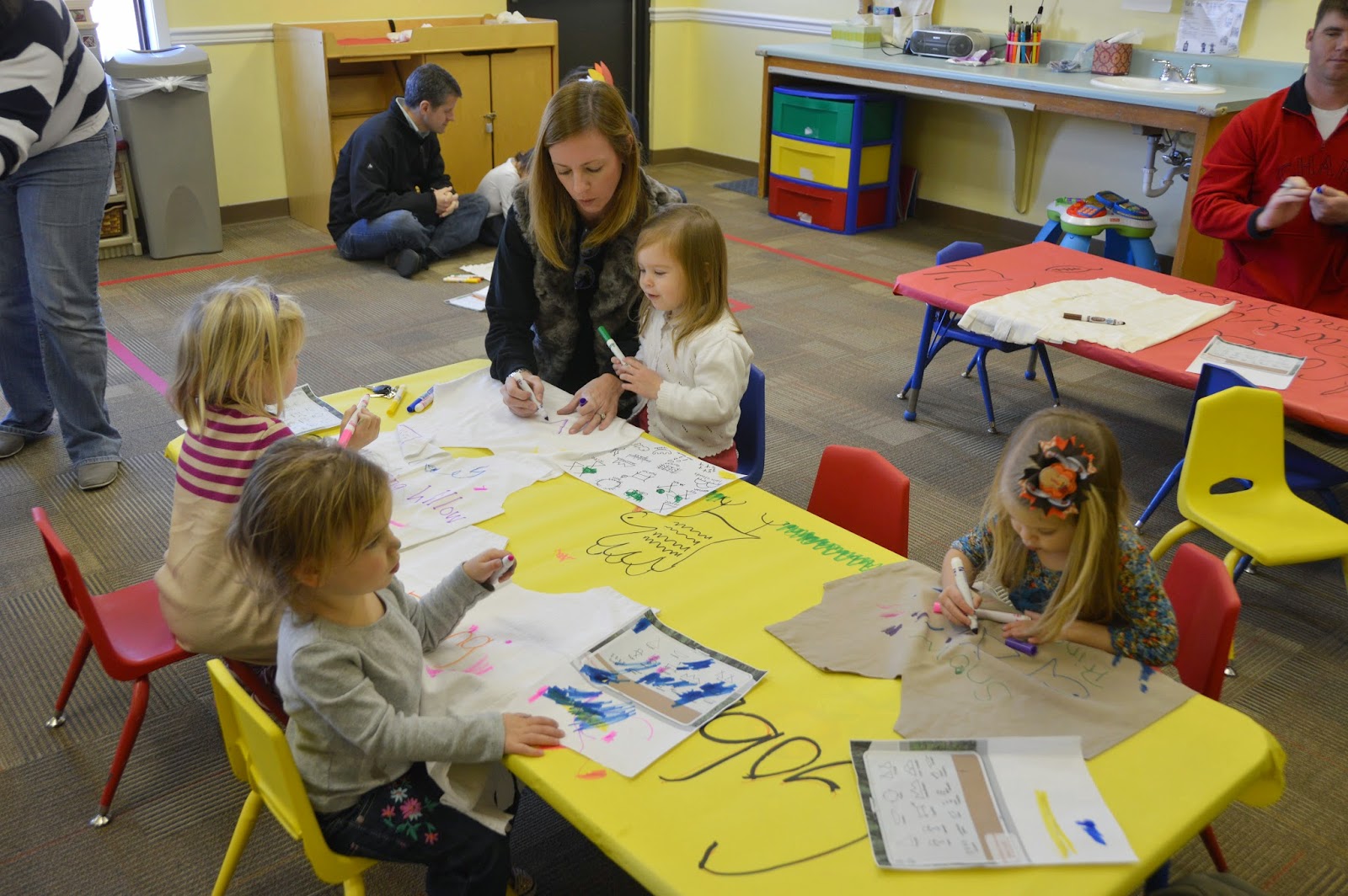 Working on her necklace! 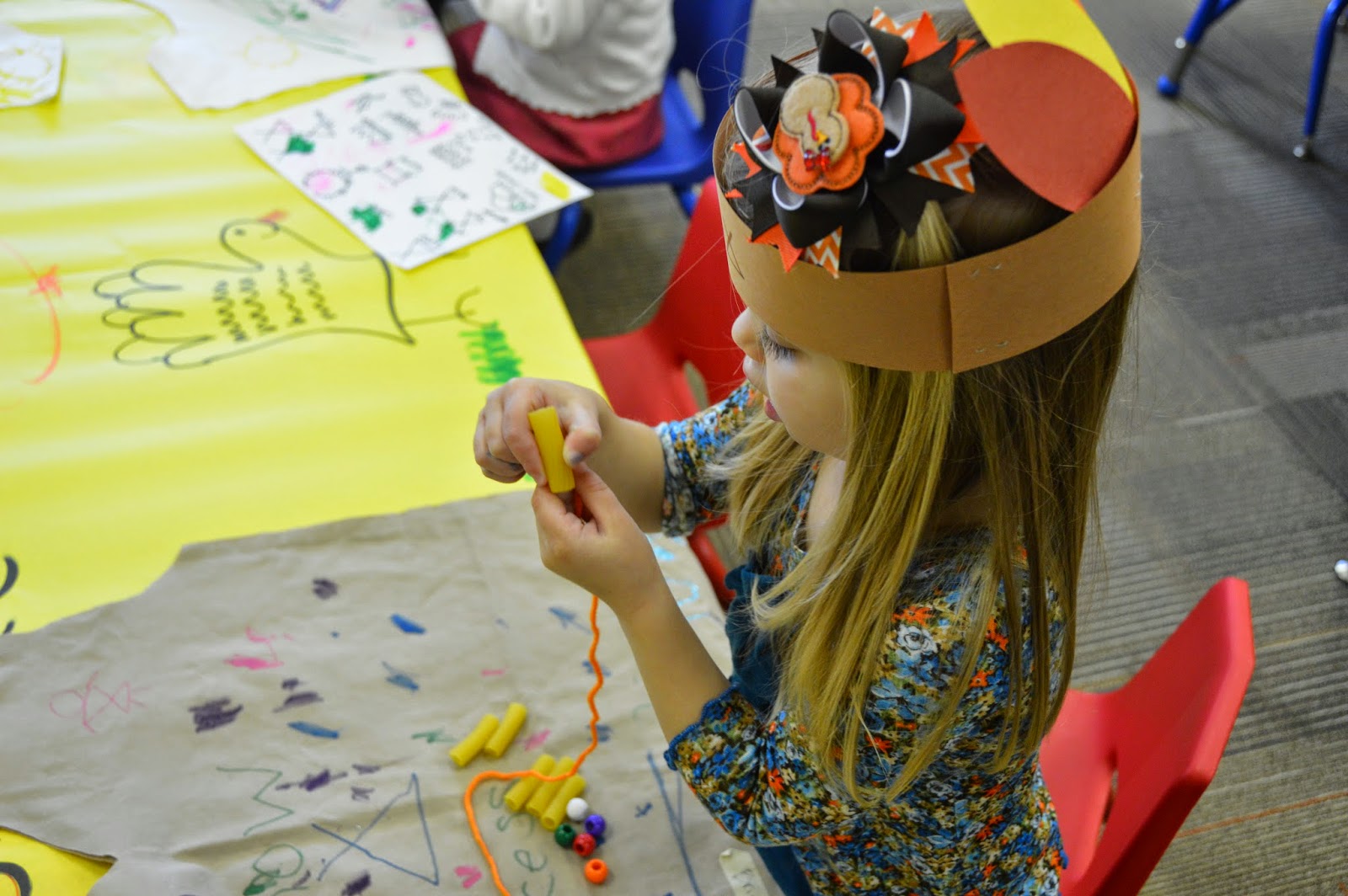 Britt’s indian name was “Snow Princess” which def fits her! 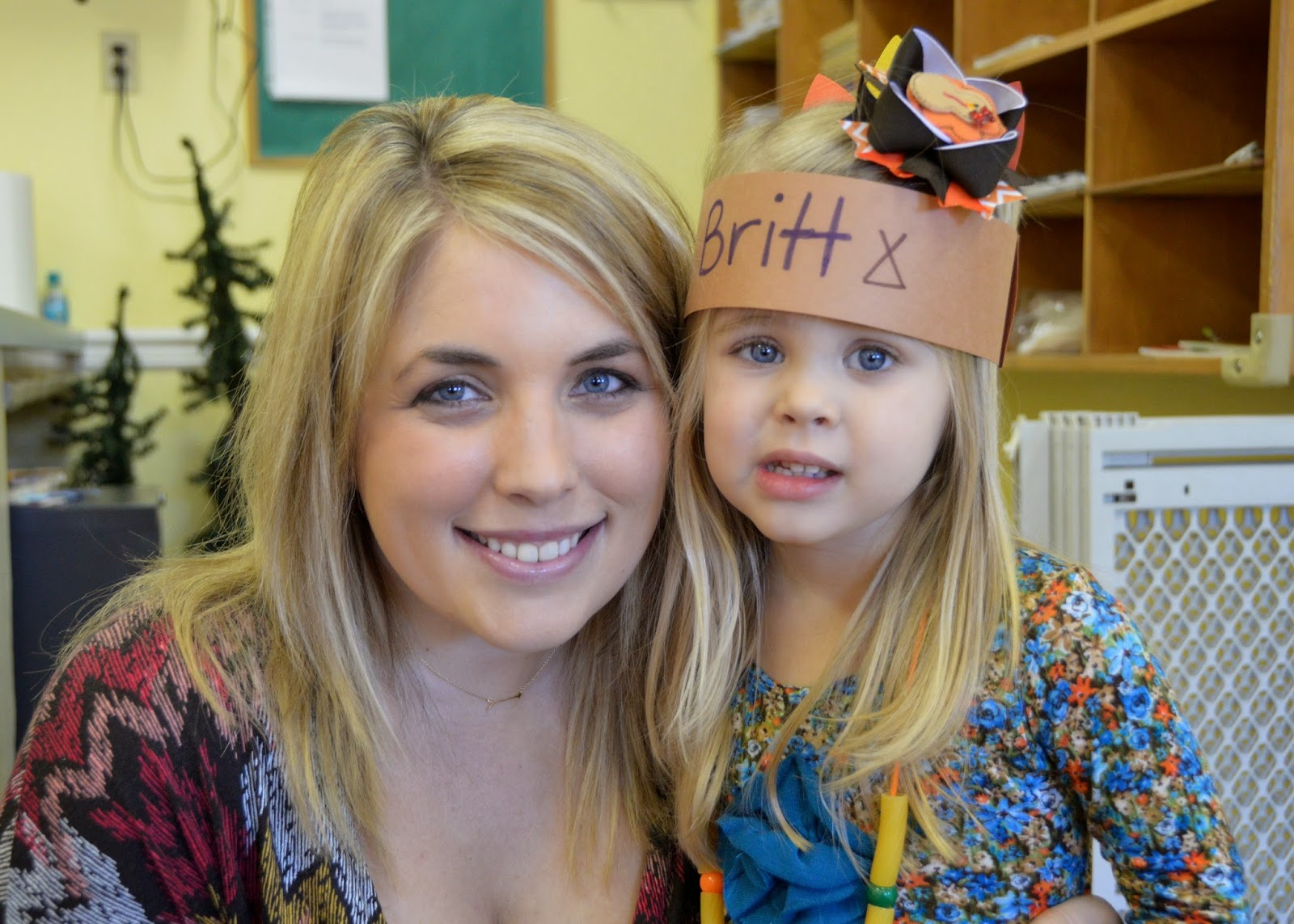 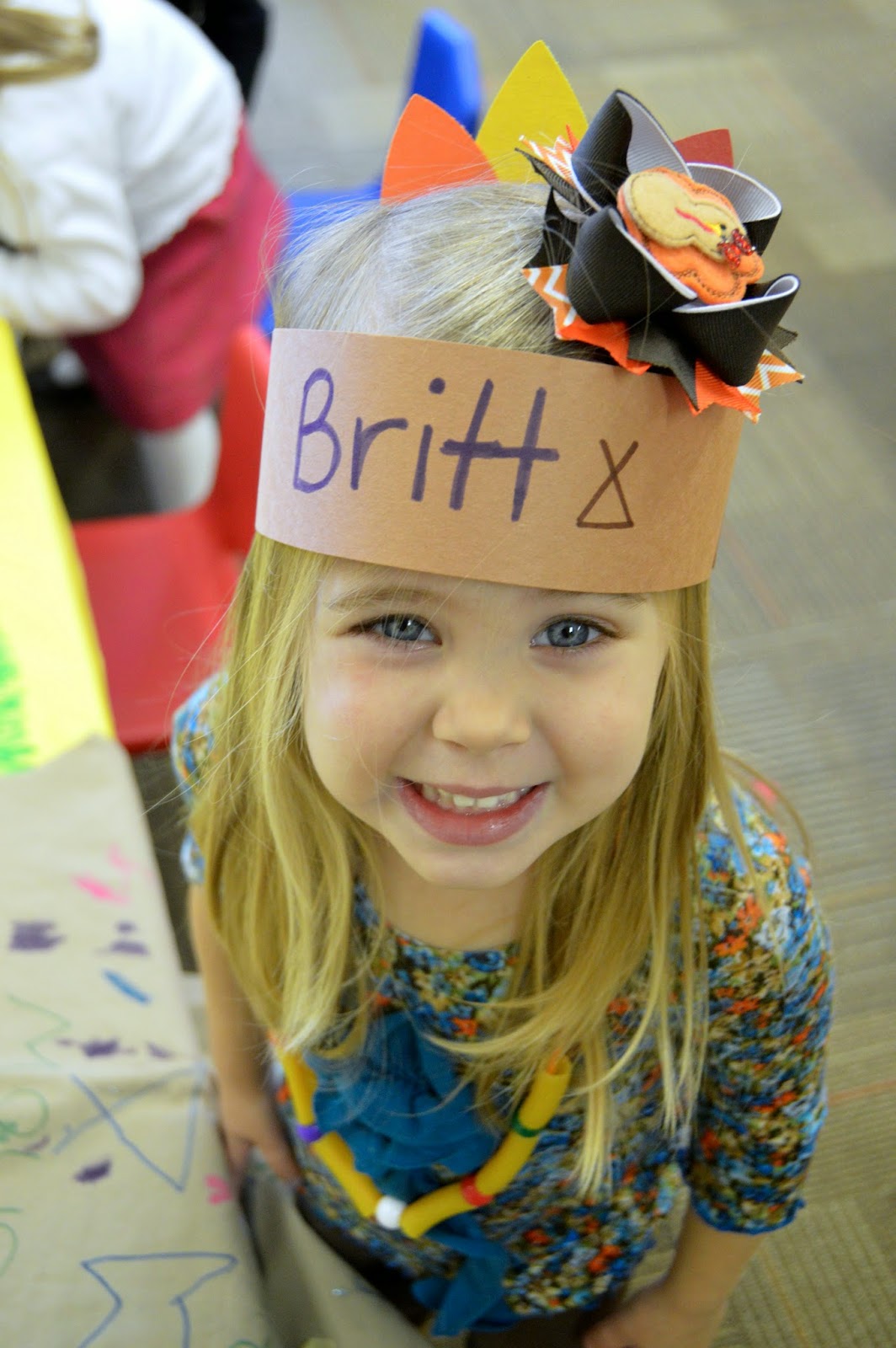 We sent lots of pictures to Daddy! 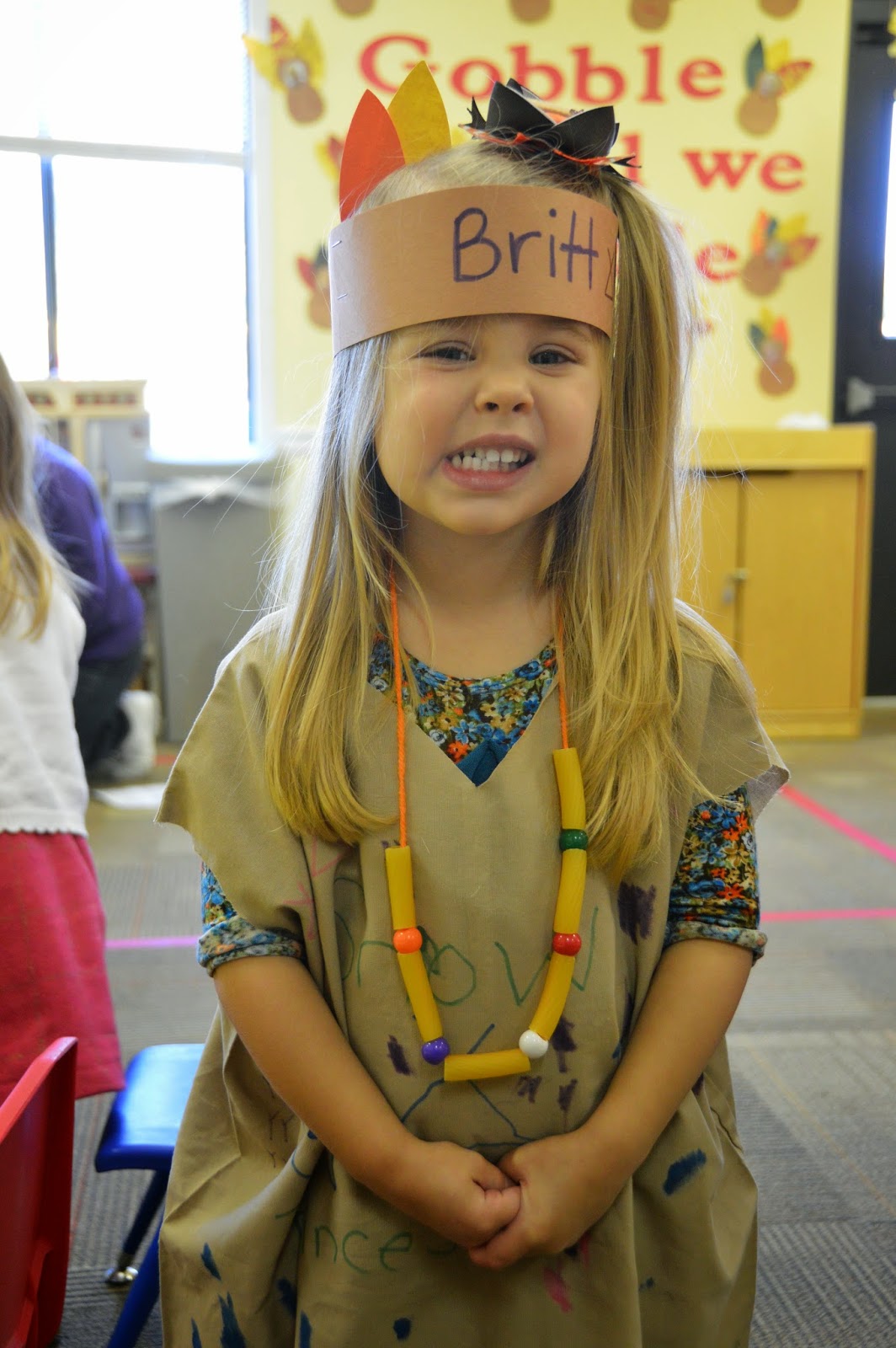 The teachers had the parents leave for a few minutes and the kids all practiced their song and read a book. I enjoyed peaking in on Britt. She did so great listening to the story! 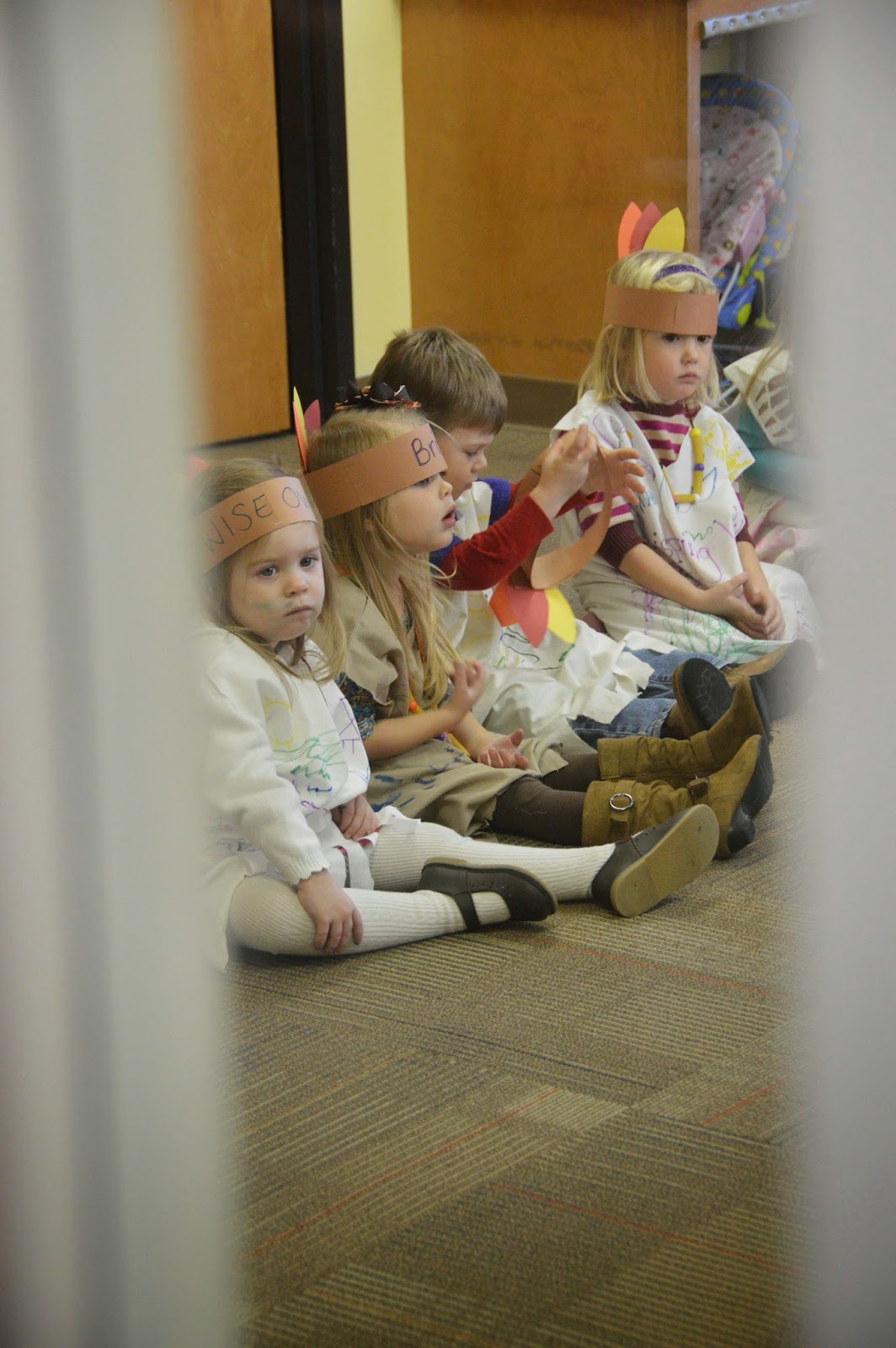 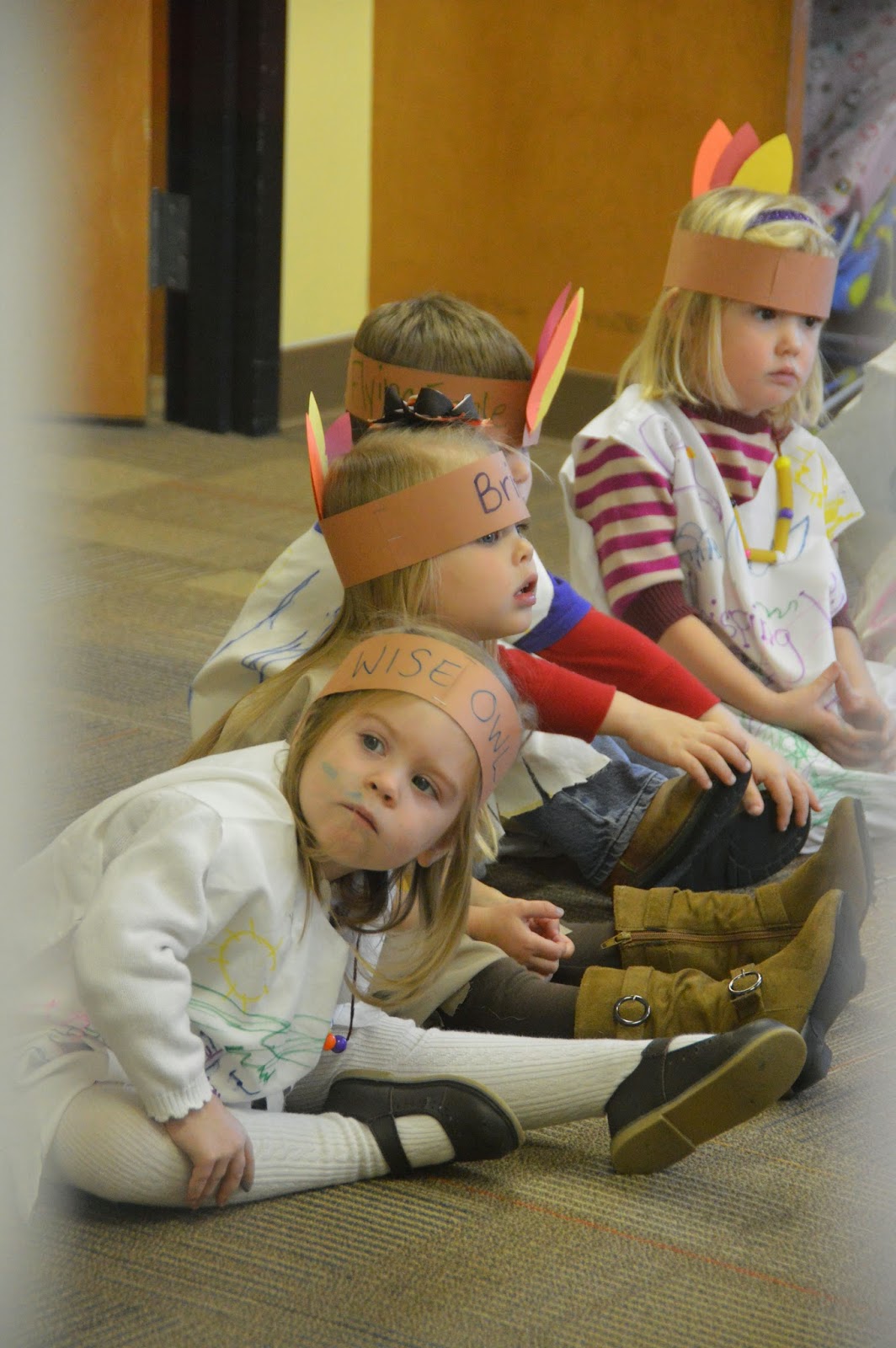 Here’s a video of her thanksgiving song! And she had to do another performance when we got home too since brother did 😉 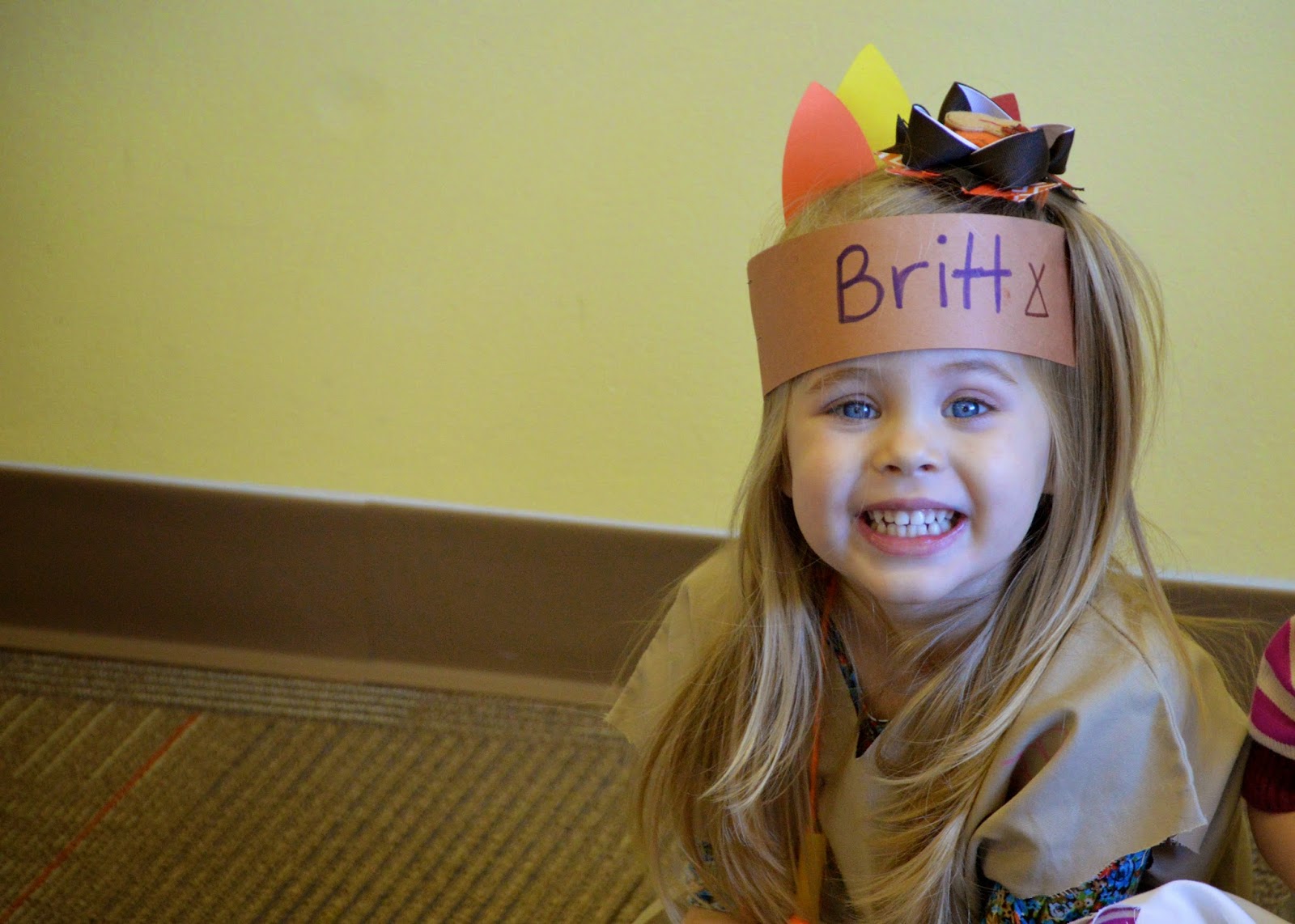 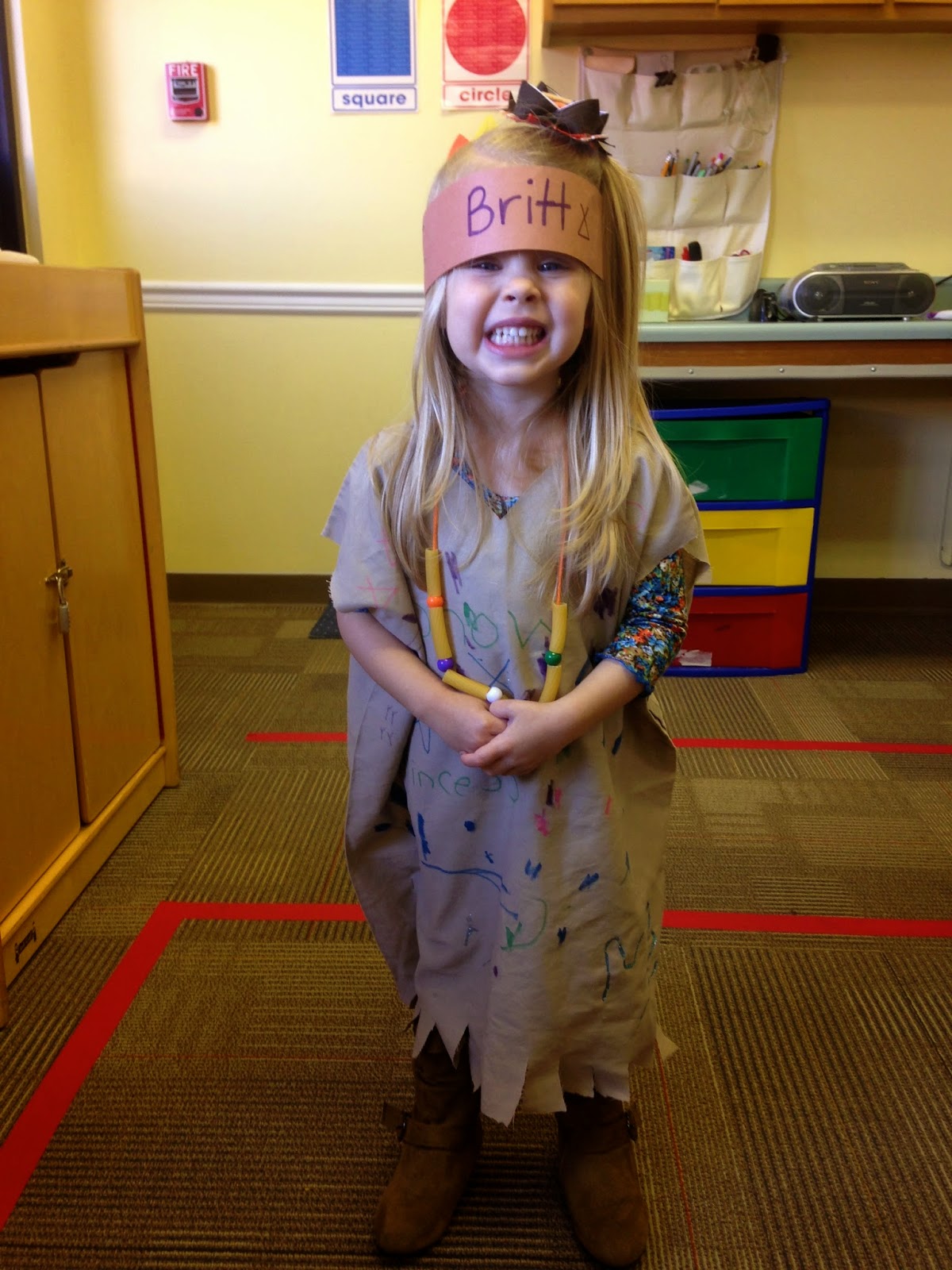 Once we finished up in Britt’s class we headed over for the feast. Kye’s class met us there and for the first year ever we were actually at one of the tables that got to get our food first haha! I brought two dishes this year since I have two students in the school. Can I just say how truly thankful I am for a CROCK POT?!?! What did mother’s do without them?!?! 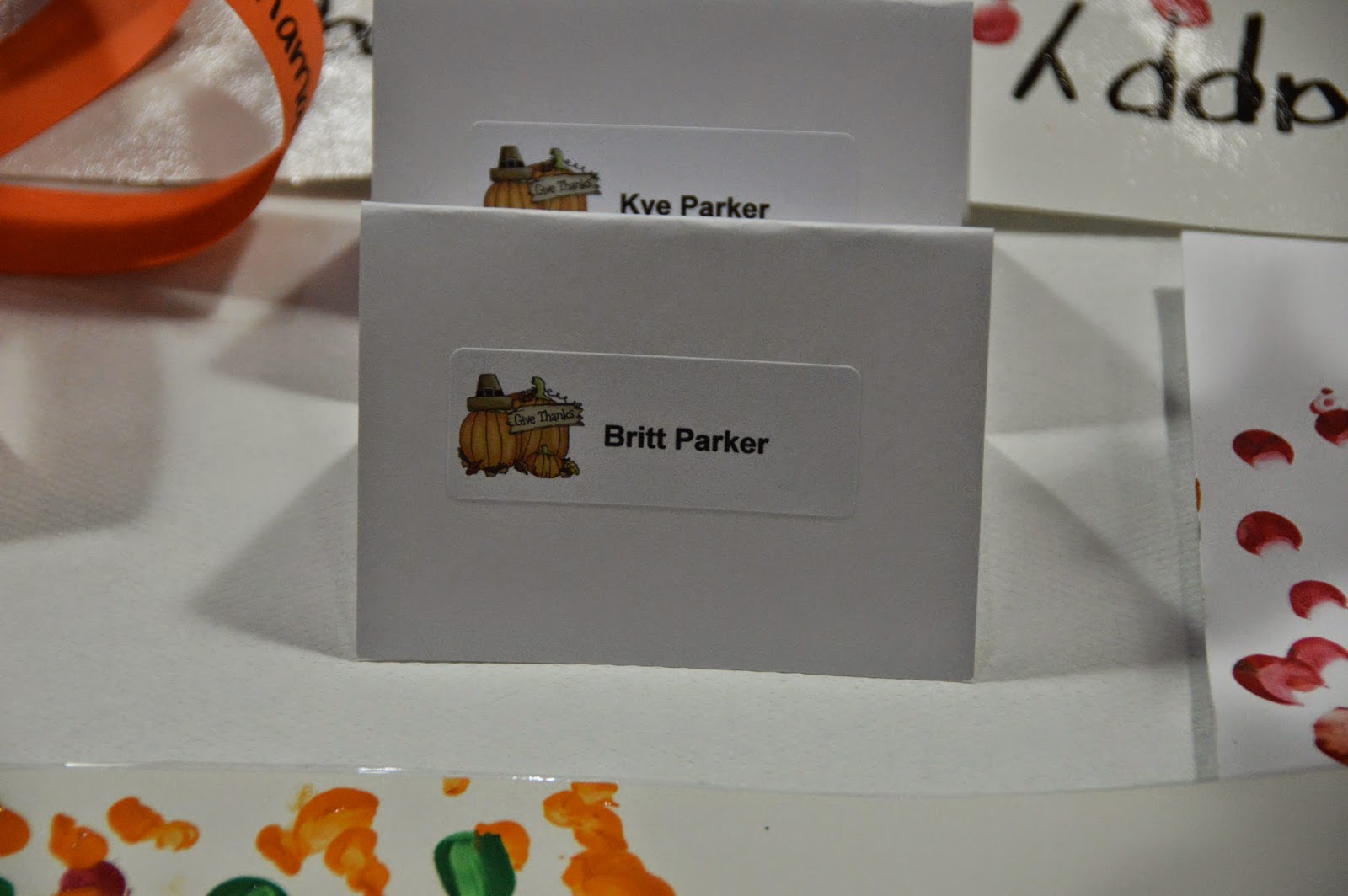 Each kid made a super cute placemat!!!! 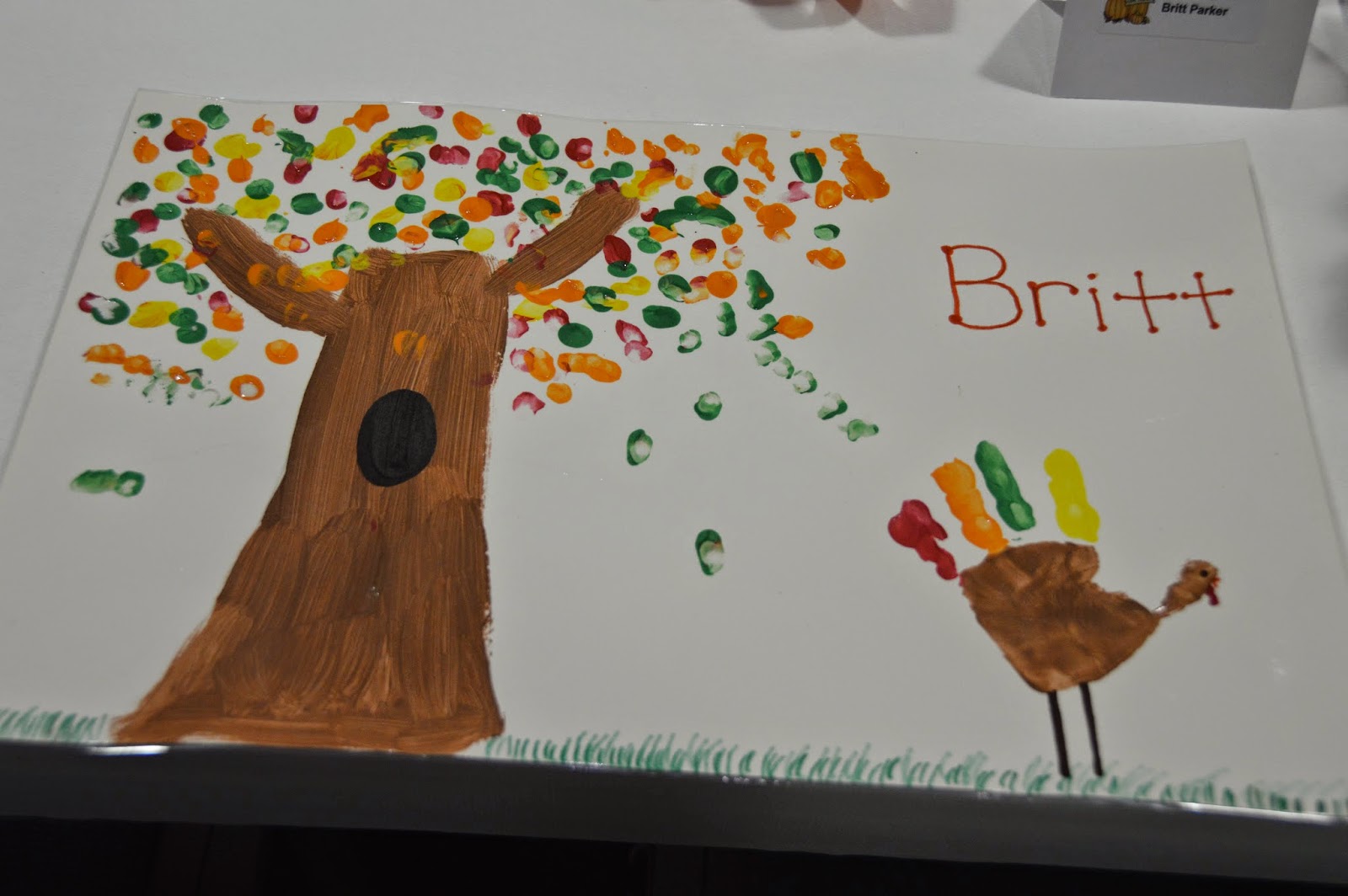 Britt also made this cute tree! 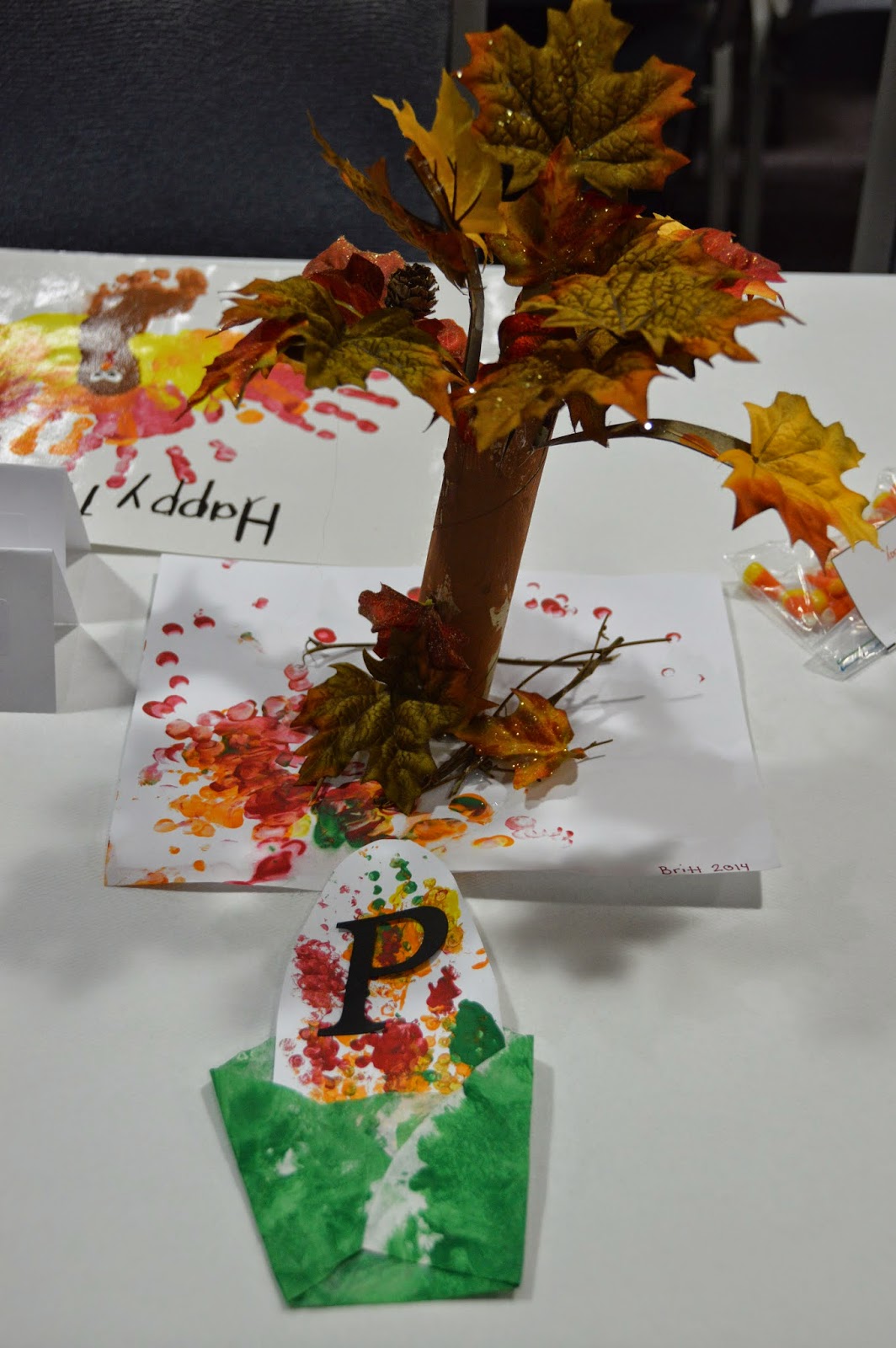 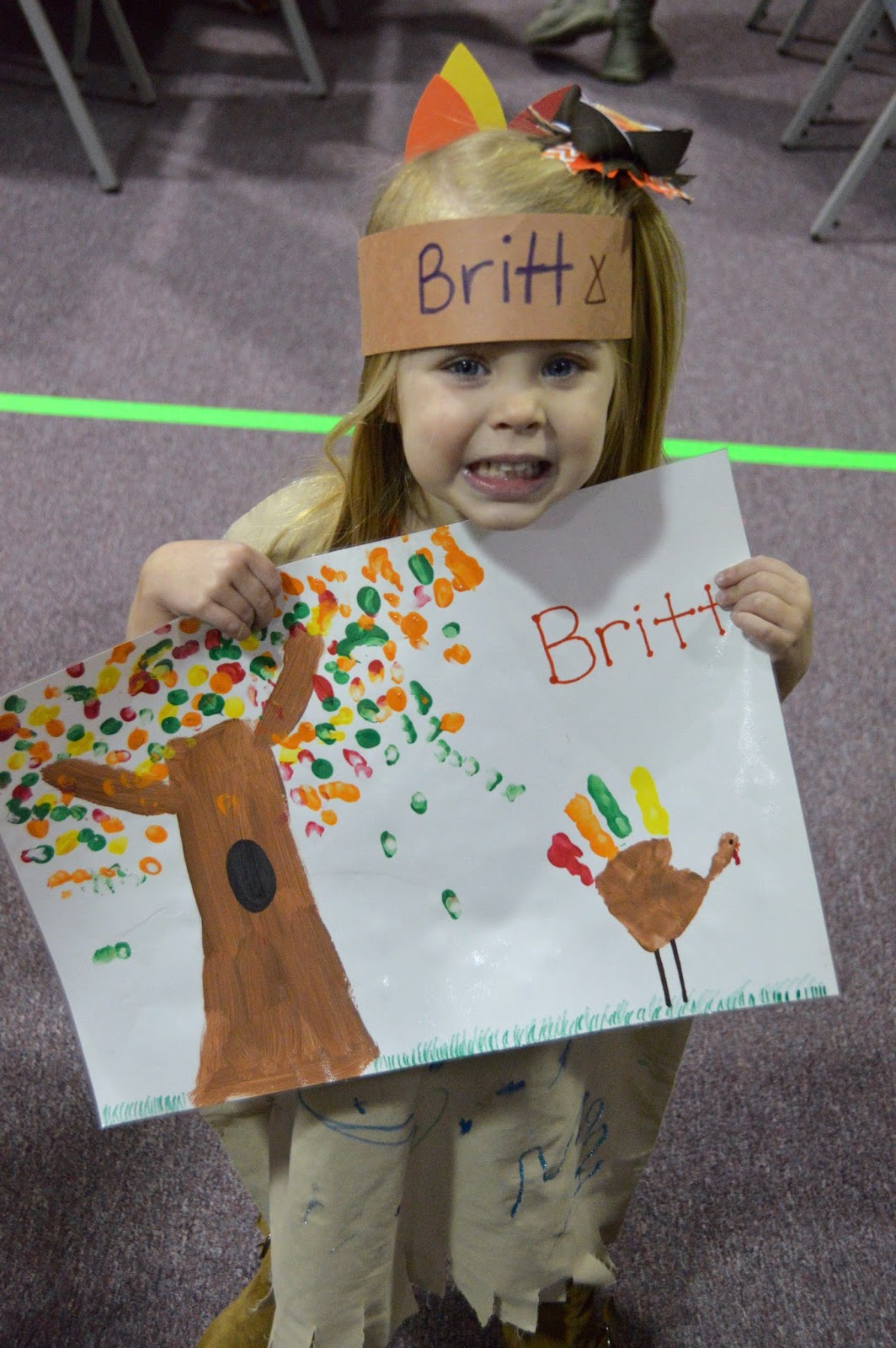 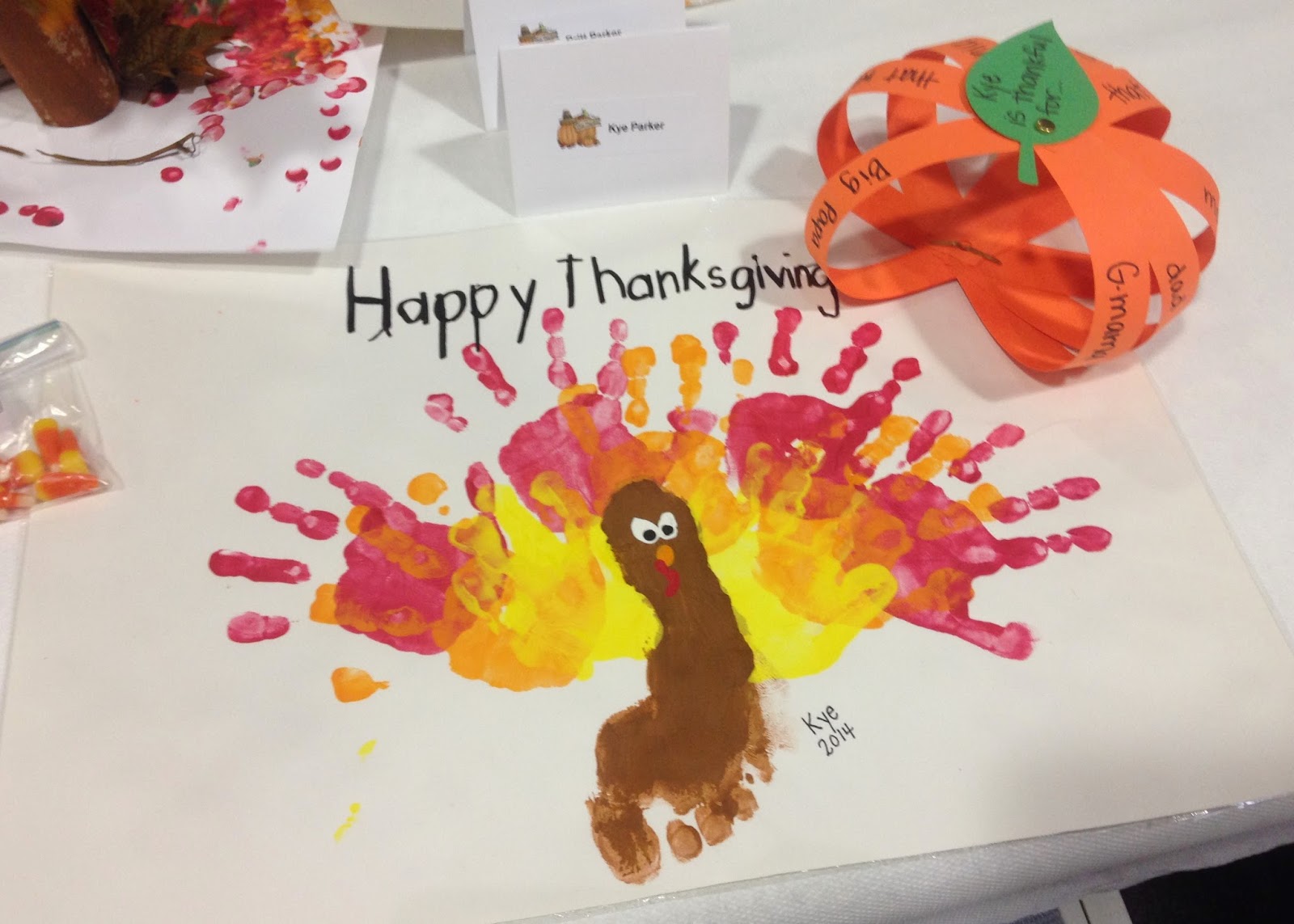 Kye’s list of things he is thankful for was cute. He is very, very concerned lately about homeless people. He prays for them a lot and said he’s thankful that he’s not homeless. 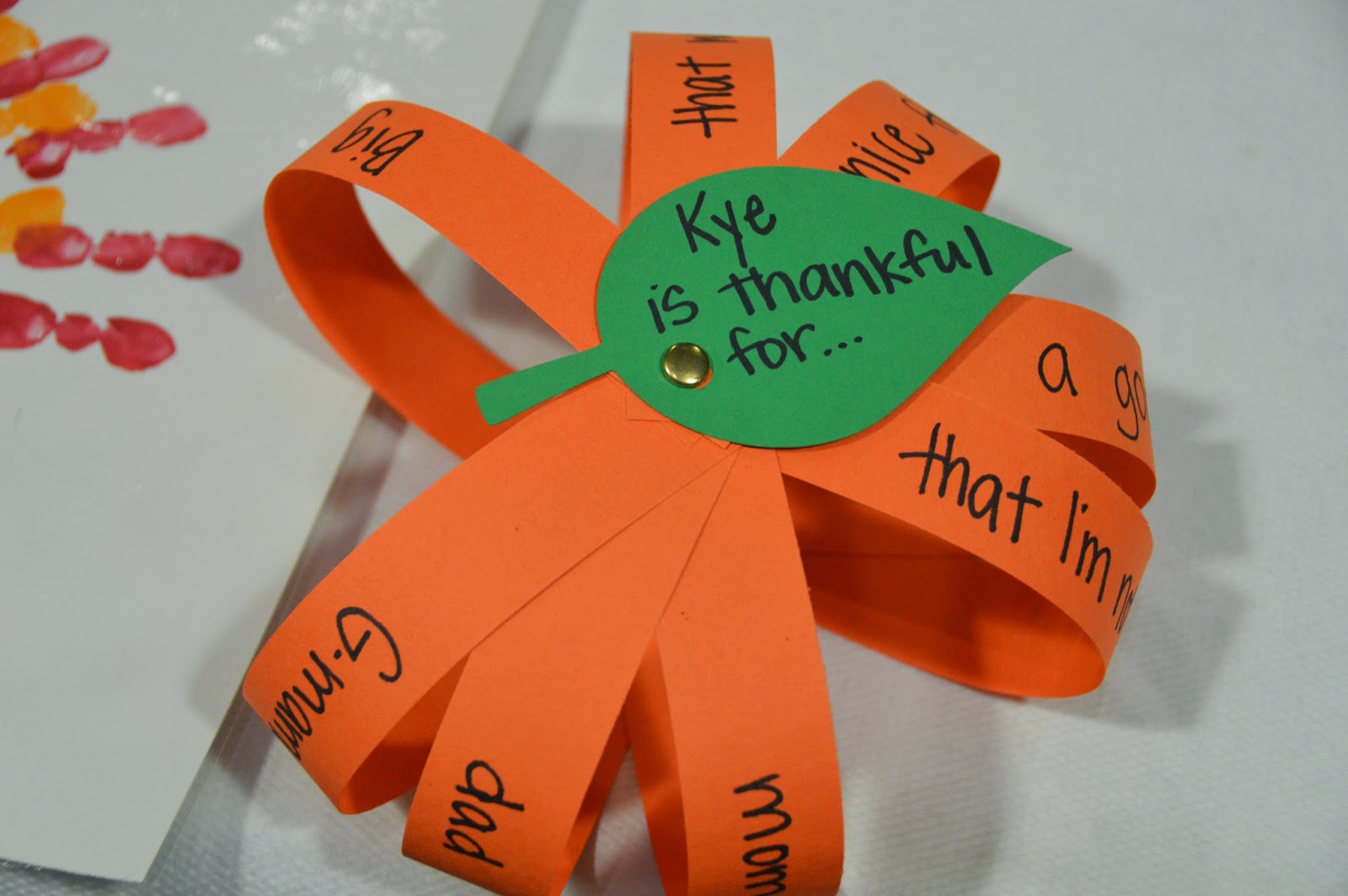 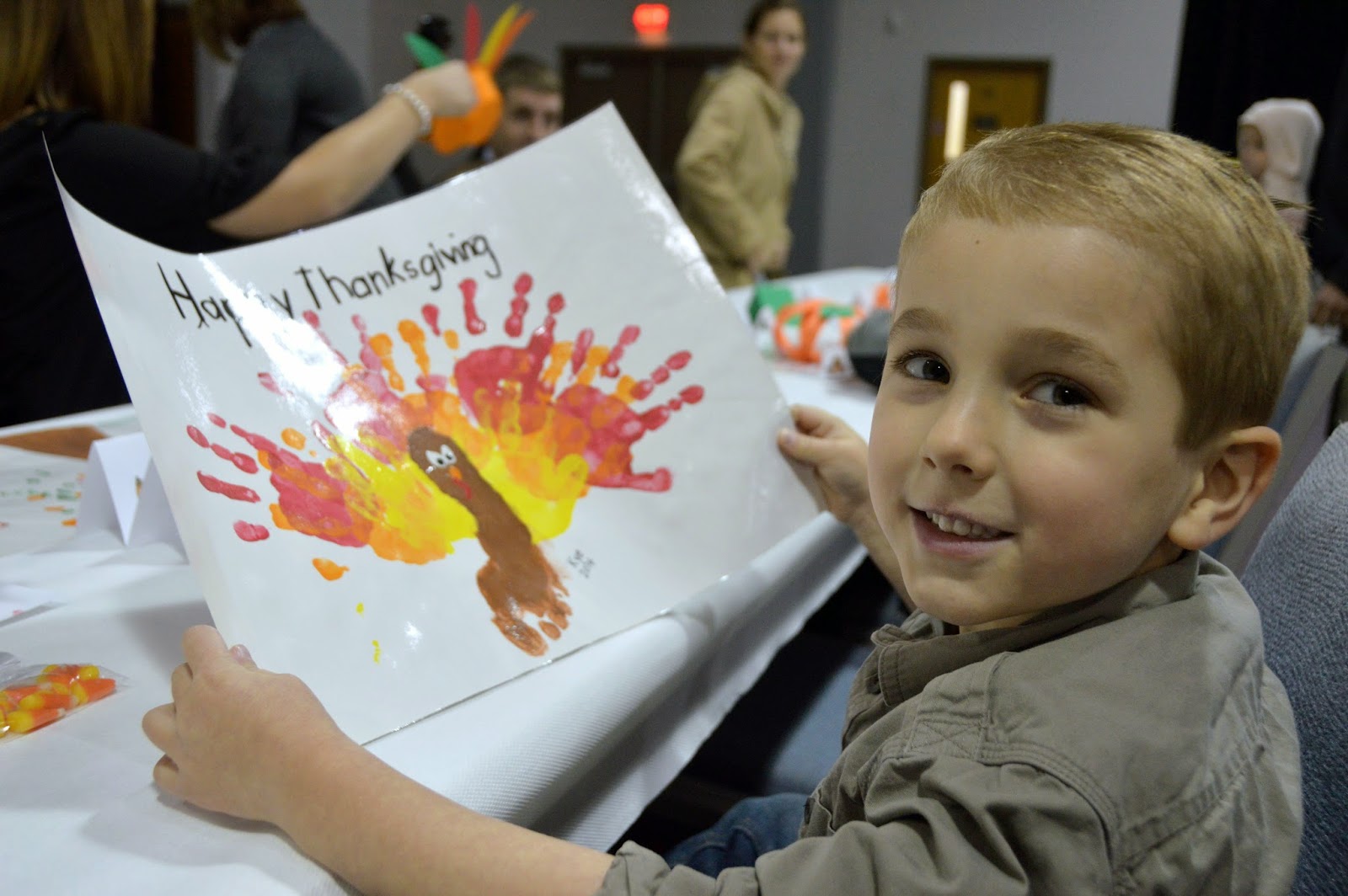 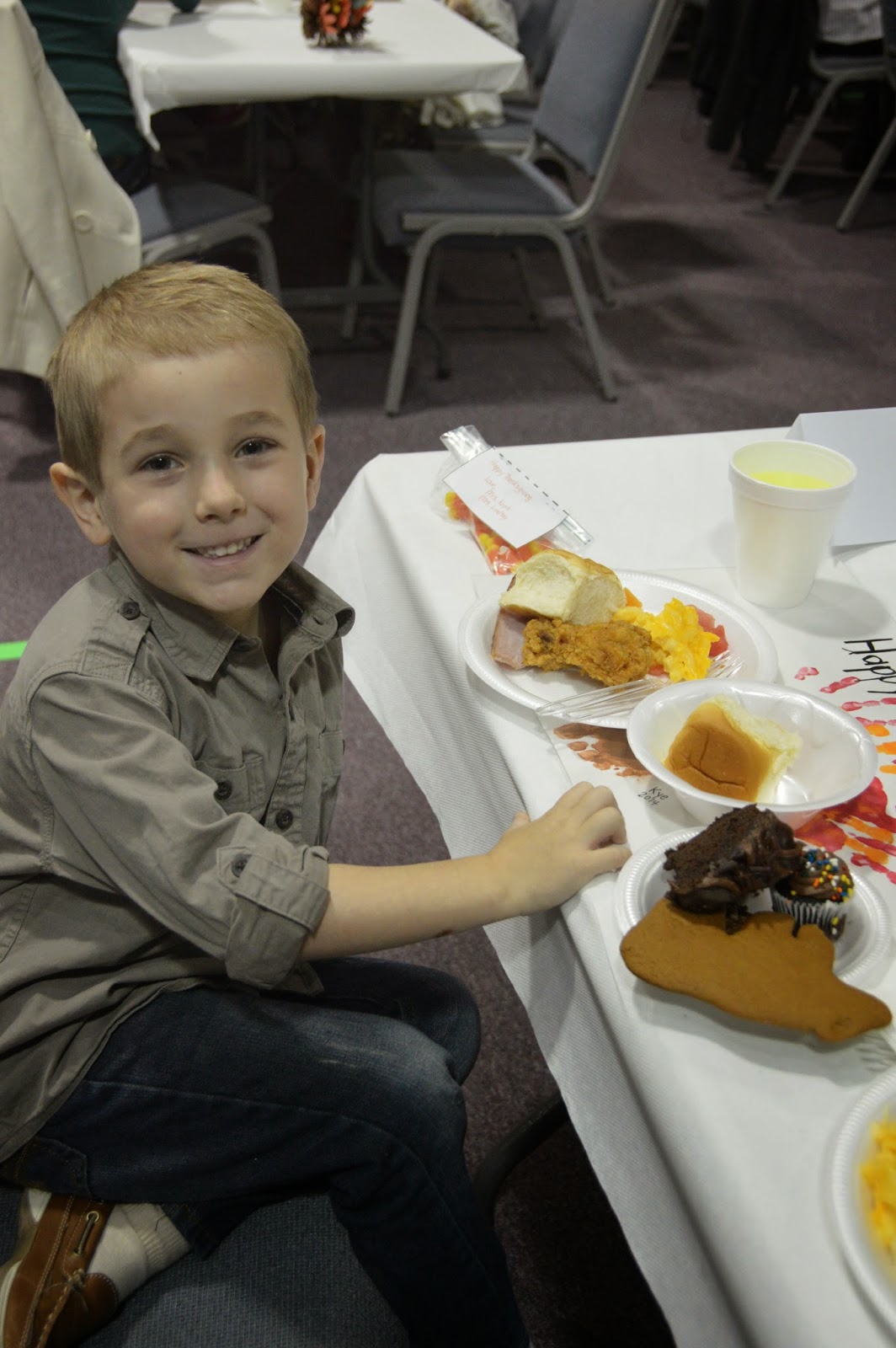 Crunk for some lemonade and complete junk food 😉 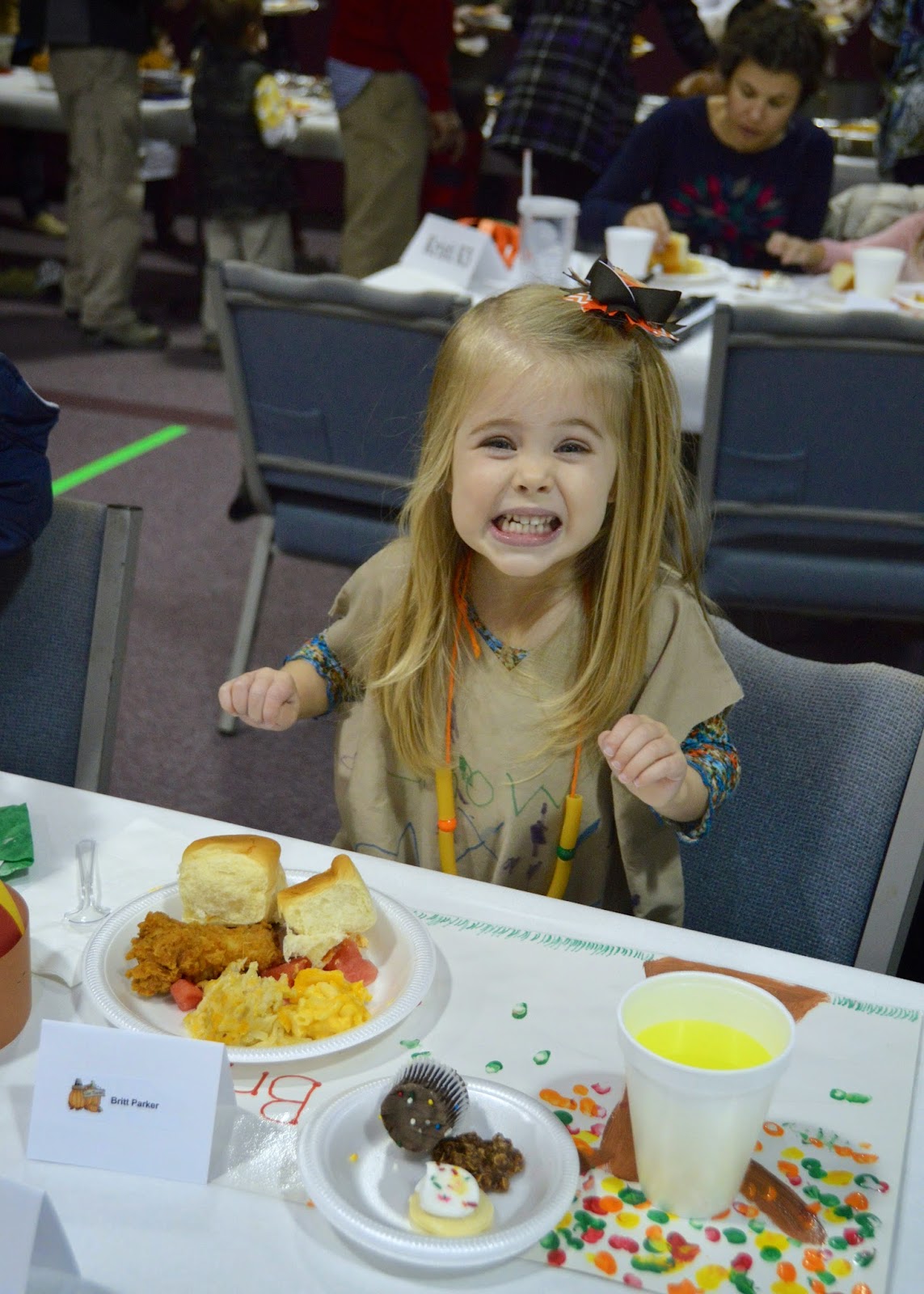 We had a wonderful time together and I’m so thankful everything went well with Tess while I was away. I really enjoyed getting to see both Kye and Britt in their classrooms and to enjoy our lunch together with their classmates. I can’t believe Kye won’t be there next year!!!

You can see past years celebrating this event with Kye here: