Yesterday was a VERY busy day!

We had our hair done at 8:30 then rushed from there to our doctor’s appointment. I am not quite sure why they have me come every two weeks now…it seems kind of stupid because every appointment is just “let’s hear the heart” then we leave! What’s the point?

The heart did sounds good though and Stacey really liked our 4d ultrasound pictures! We did talk about a couple of things too:

After the appointment we went to Victoria’s Secret at the mall (a nightmare with all the last minute shoppers!) to do a return from a gift Zach got me. Then we went to the UPS store to ship off a package and I had my first pregnancy nose bleed! It wasn’t gushing blood but it was enough to where I put some napkin up my nose! So gross!

Then we rushed home, ate lunch, changed clothes and went out to Little Mama’s house for the “annual” Parker football game. Not my favorite tradtion as I just SIT there which is boring but Zach enjoys it. And it’s part of the 3 day Parker Christmas Extravaganza haha. We rushed from there to get home and get showered and ready then went to church to participate in the Parker Dinner.

They have it every year on the eve of Christmas Eve. EVERYONE with the last name Parker or Parker blood gets together for a big meal. They have like 100 people there! I made the cutest cookies this year, I’m so proud of them! 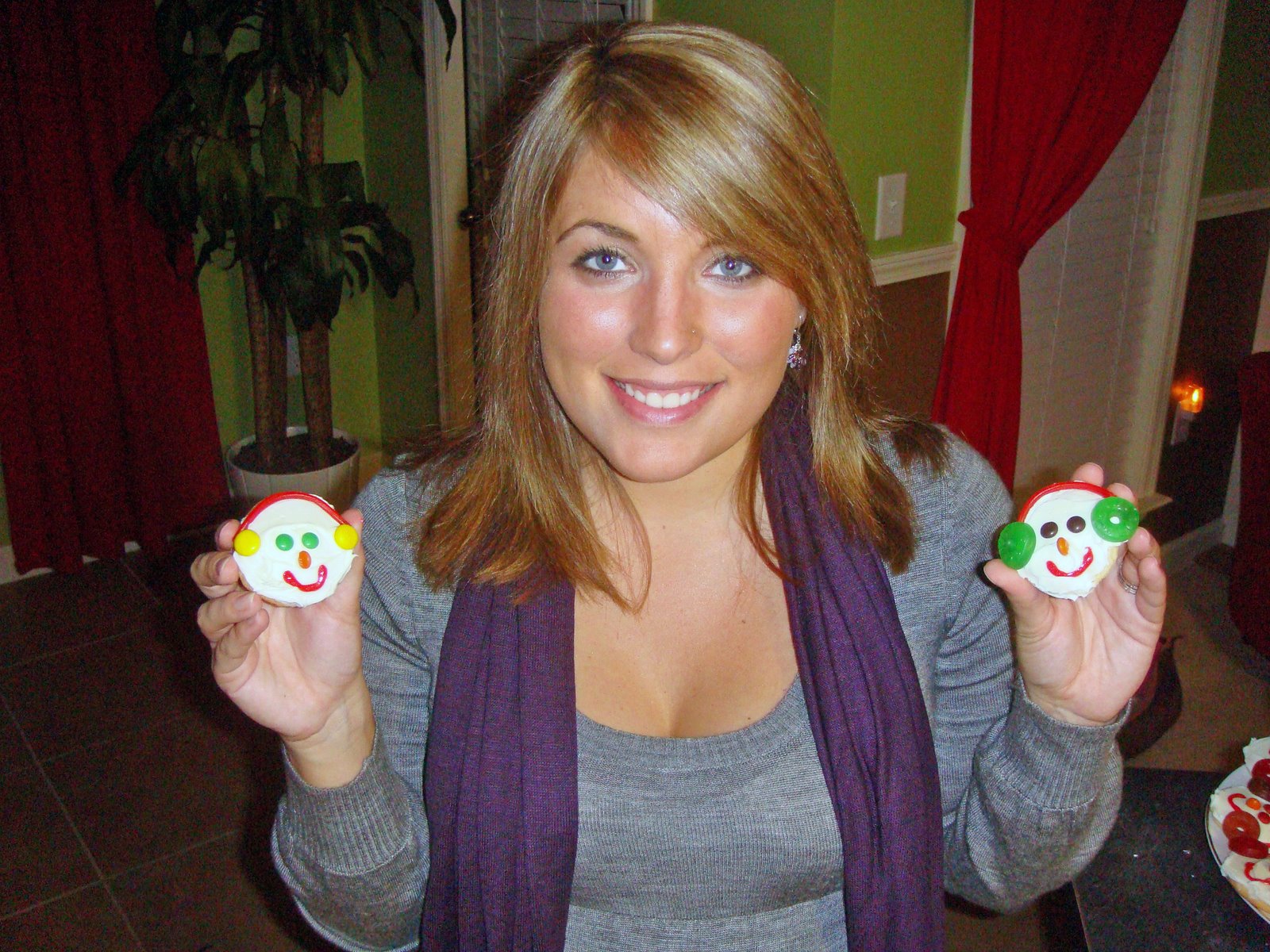 The best part of the whole Parker dinner thing is that it’s the ONLY time we get to see Travis! He moved to Canada on us and we miss him so much! I made him get a picture because I know we won’t see him again for at least a year! 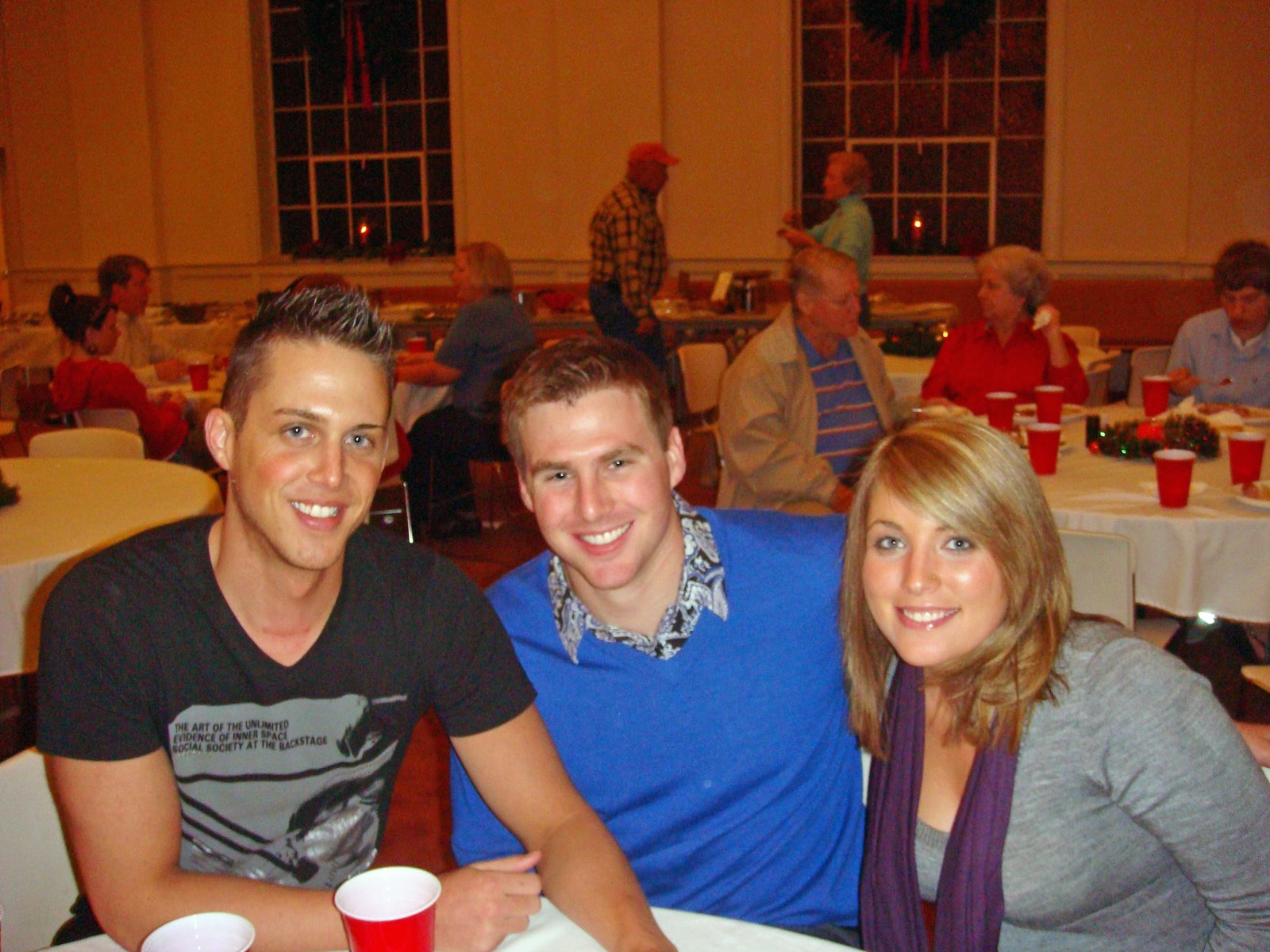 Usually we go back out to Little Mama’s after the dinner and “camp out” (or at least sit by the fire with the whole family). This year Zach said he didn’t feel like going! Fine by me as I had a busy enough day and still have two days left of all this craziness!!!