When Kye was born I rarely got hand-me-downs from people. Like by rarely I’m pretty sure I mean never. Courtney had just had Colt and then had Payton a few months after Kye was born so she was still using all her baby stuff. Same with most of my friends, they were all having babies around that same time that I was! Thankfully, I’m getting a LOT more stuff from people now that I have Britt. Courtney is done having babies. Robyn is also done and her new baby is a boy so she doesn’t need her girl stuff anymore. I’ve even gotten a few hand-me-downs from Macy 😉 I sure do LOVE IT. It’s great getting cute girly stuff, especially for free 🙂 Someday when I’m done having kids I hope to pay it forward to others!!!

Courtney recently gave us a power wheels toddler car thing that was Payton’s. She forgot to bring the power cord for it but I decided to let Britt check it out anyway. She was PUMPED. It was fun for her to have a “bigger” kid item to call her own. And it’s nice that it’s something very girly…as majority of the toys we have are either gender neutral or more boyish. I’m excited to have the power cord for it so she can really play with it 🙂 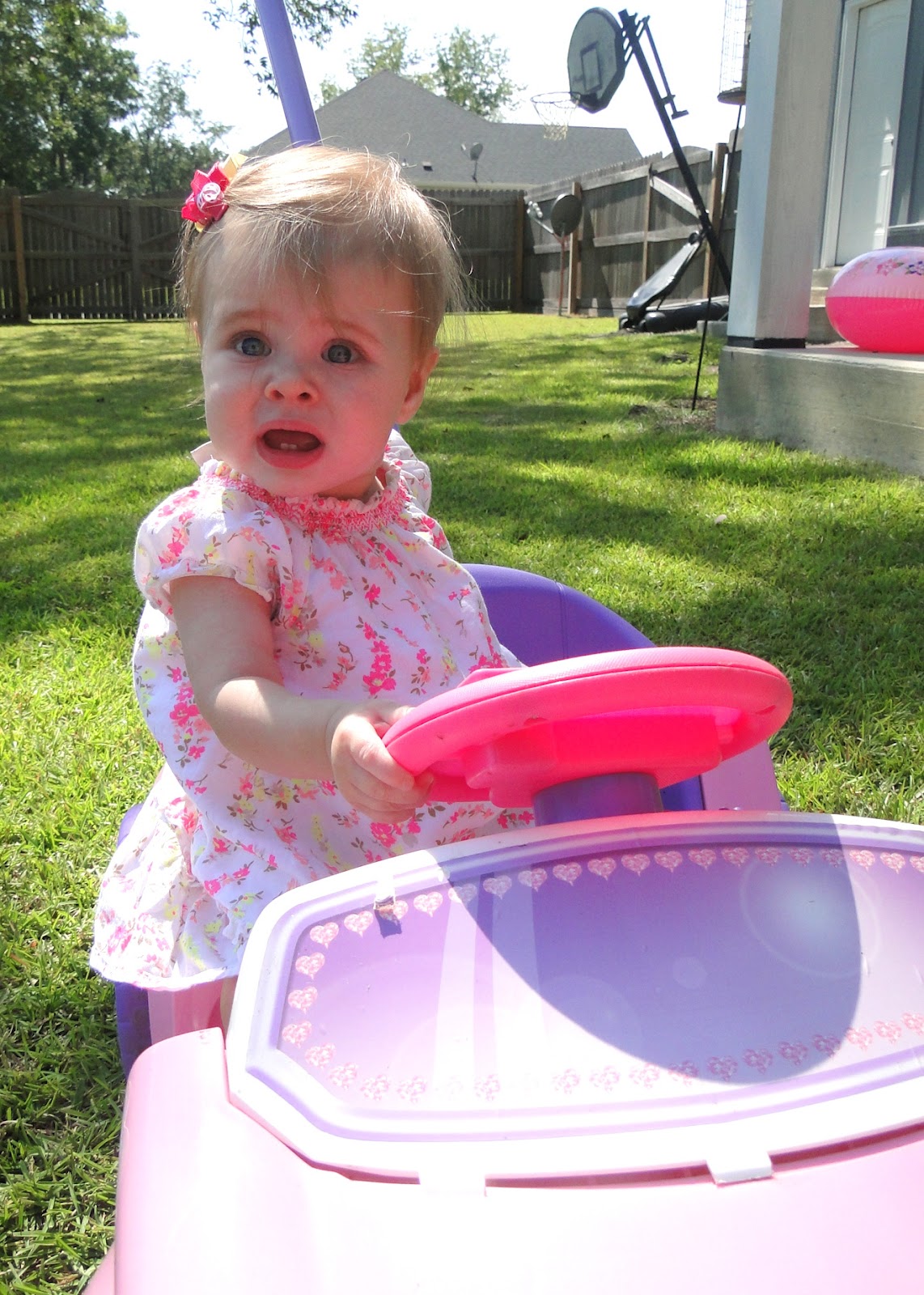 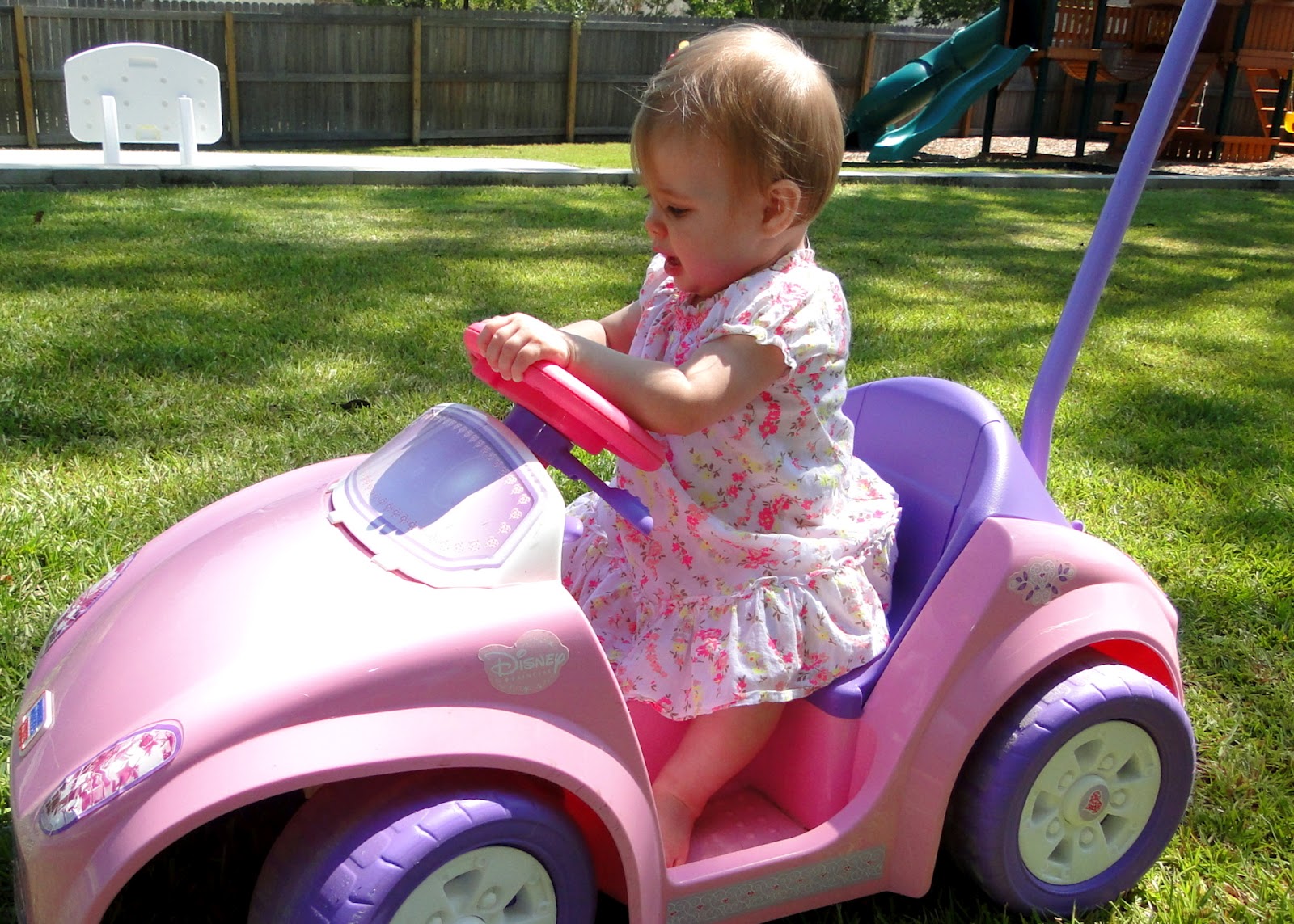 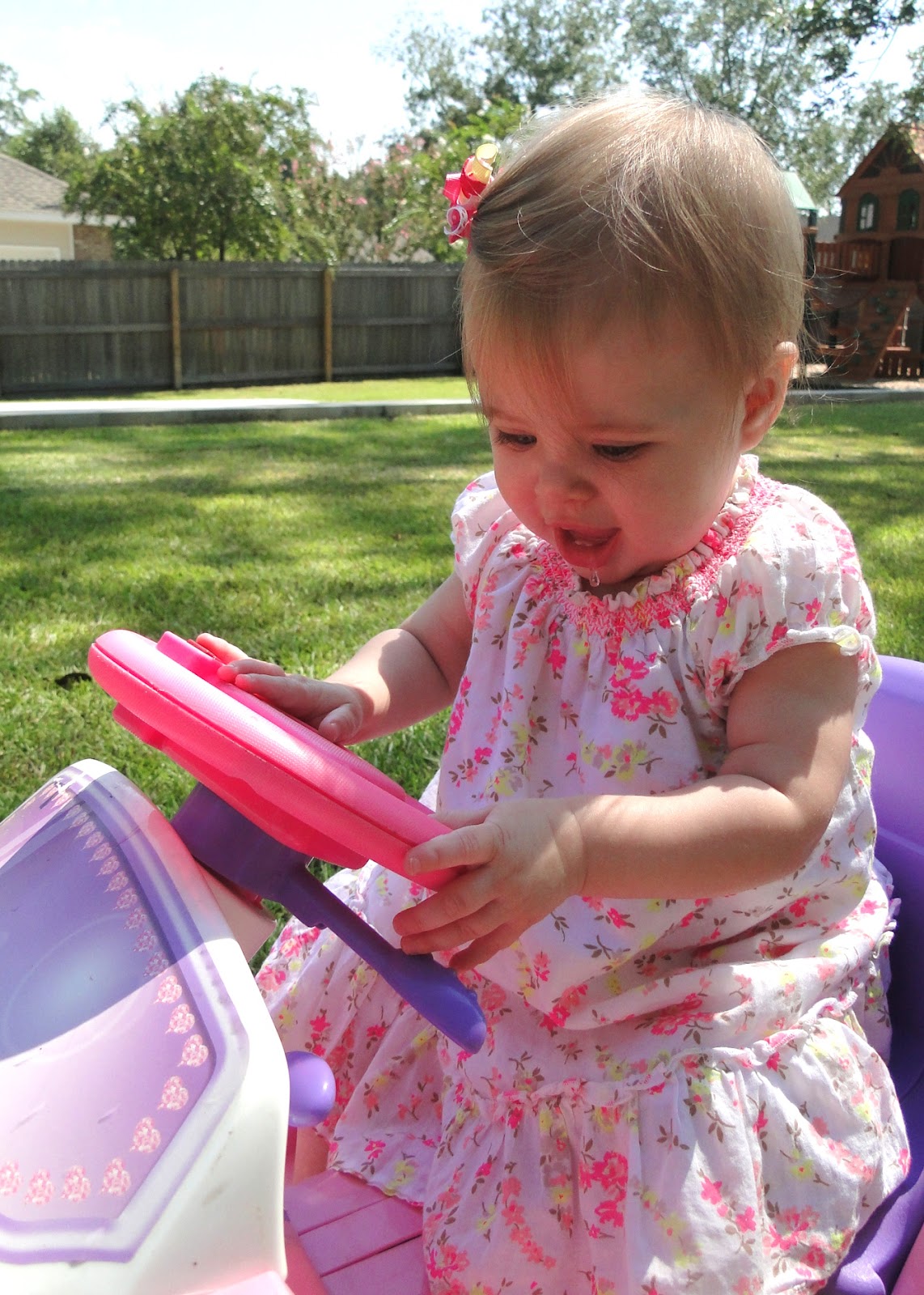 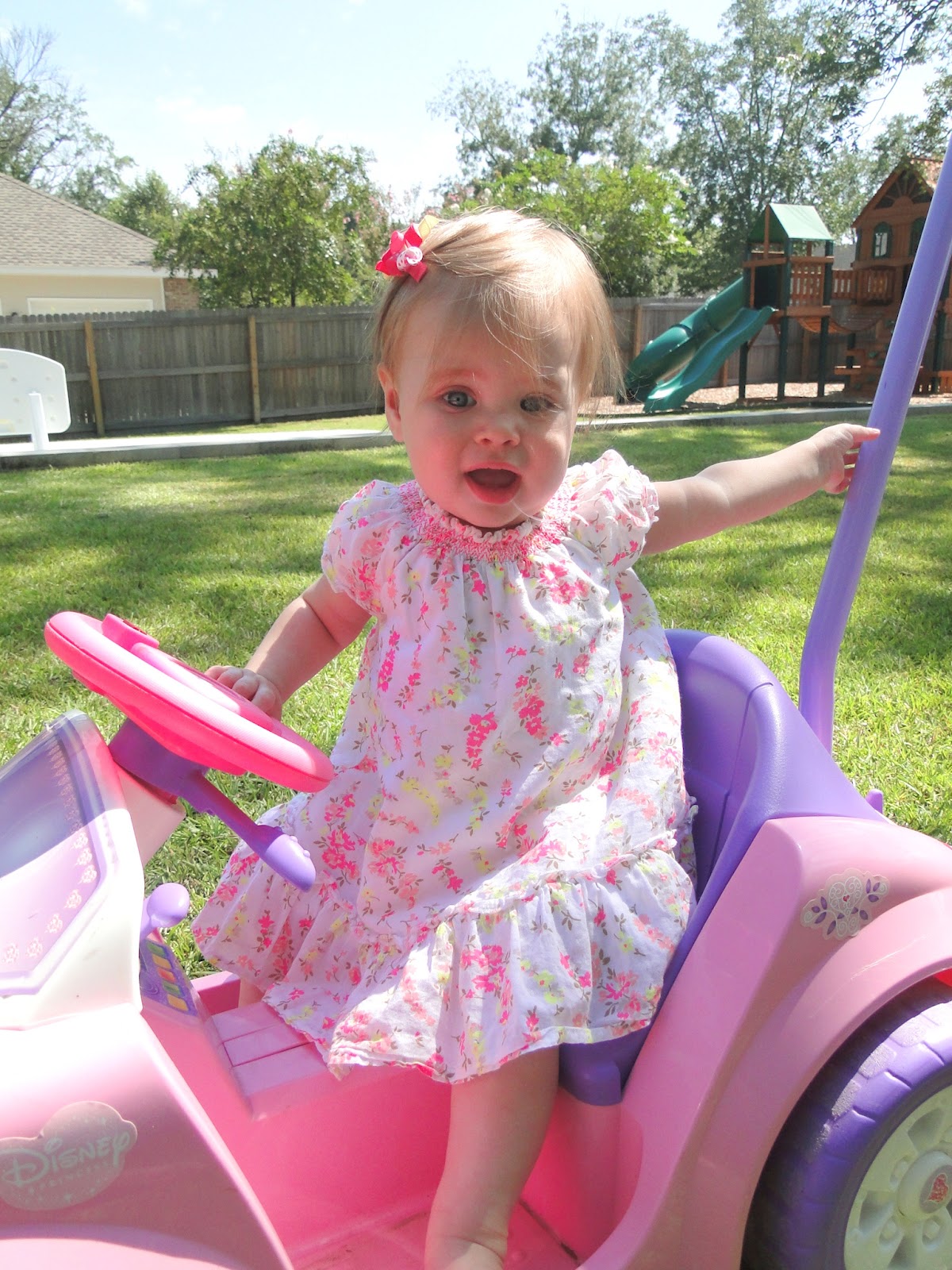 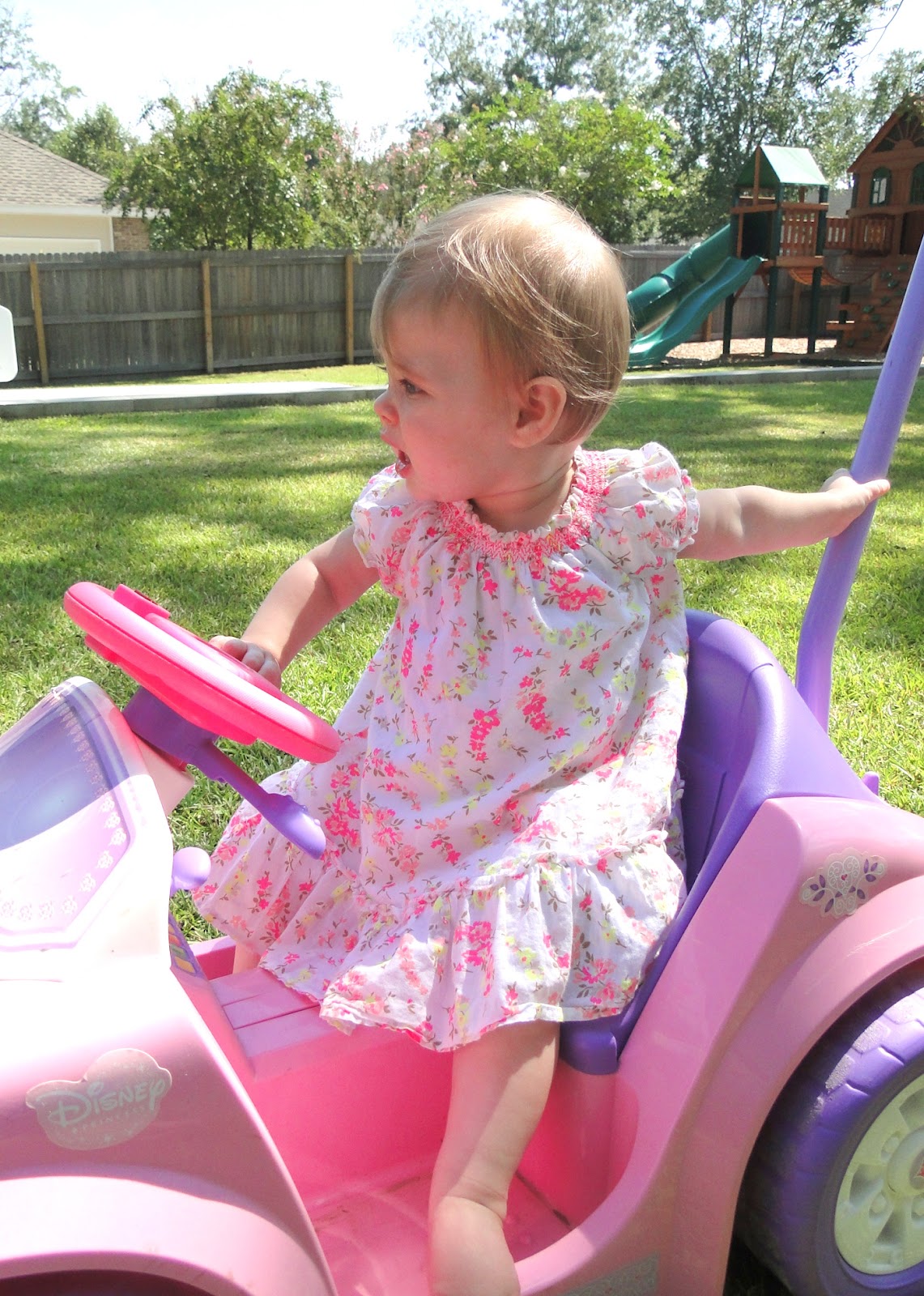 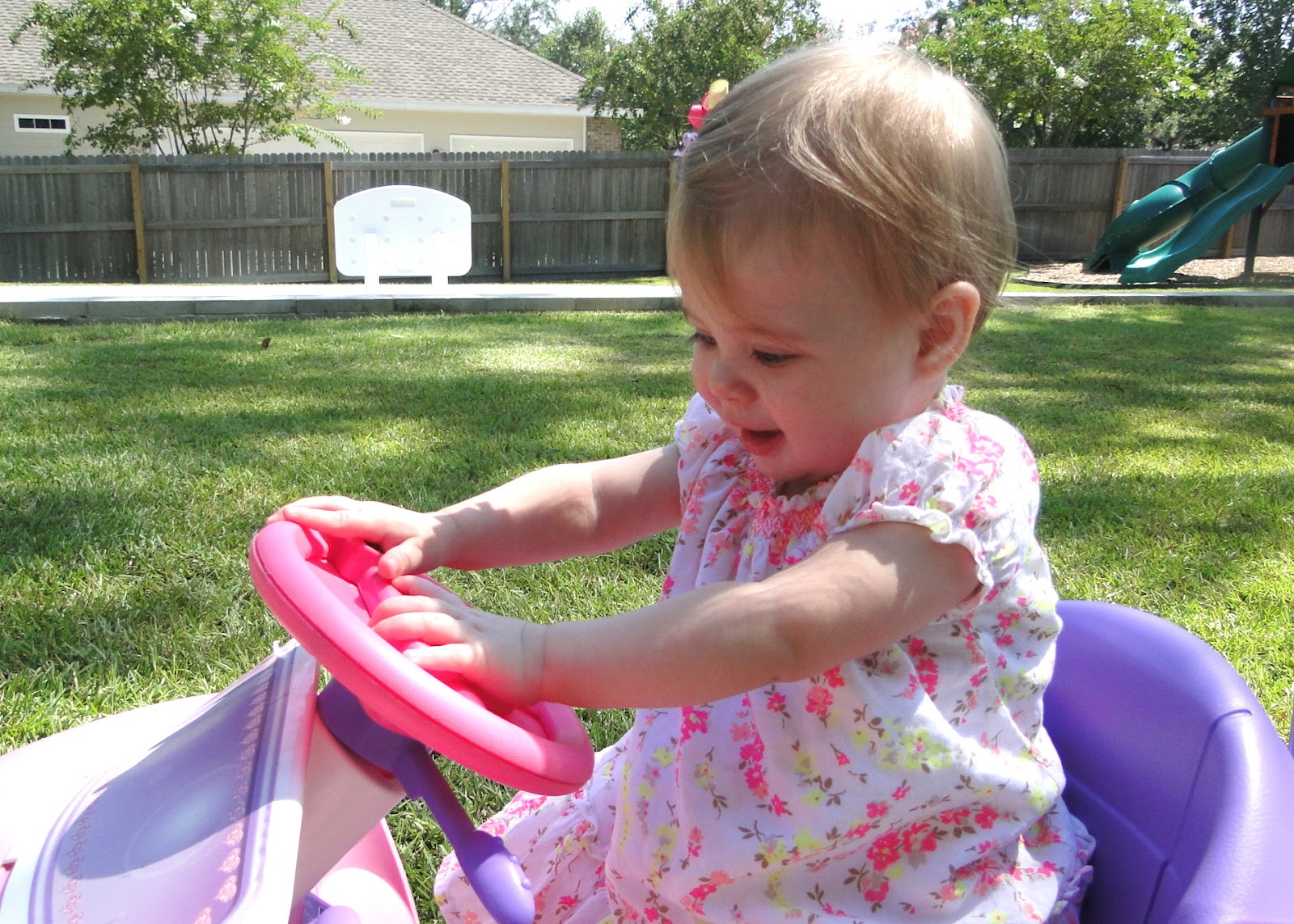 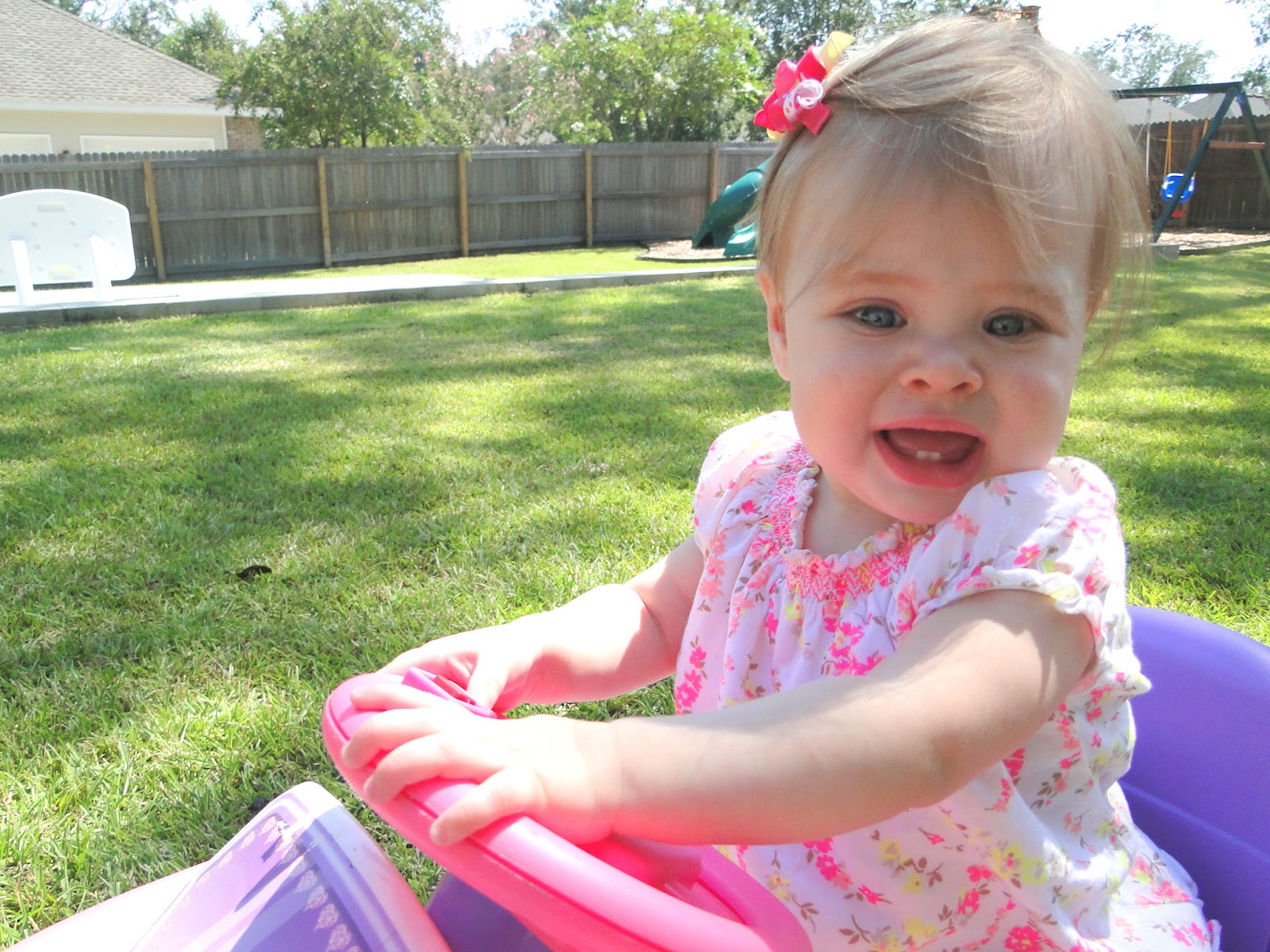 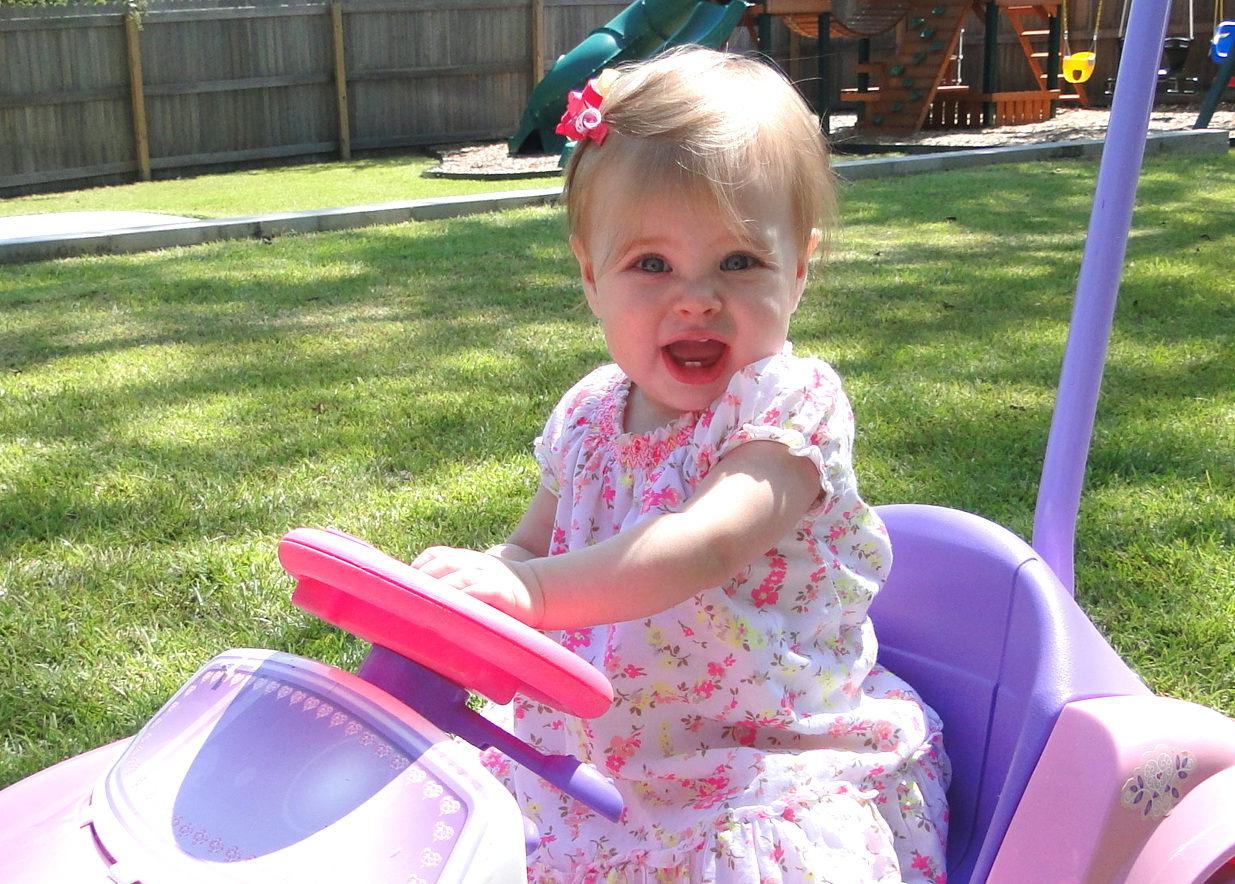 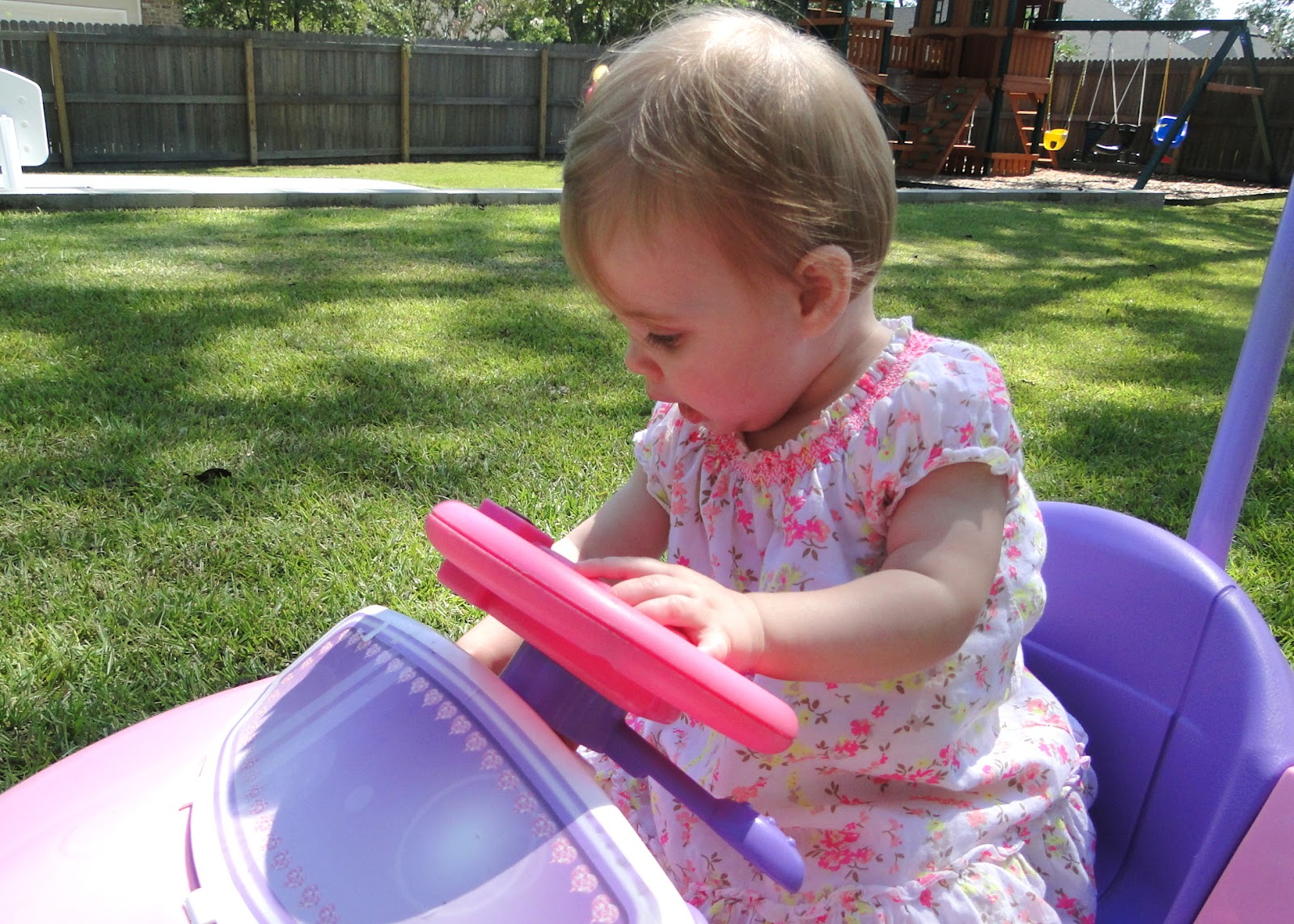 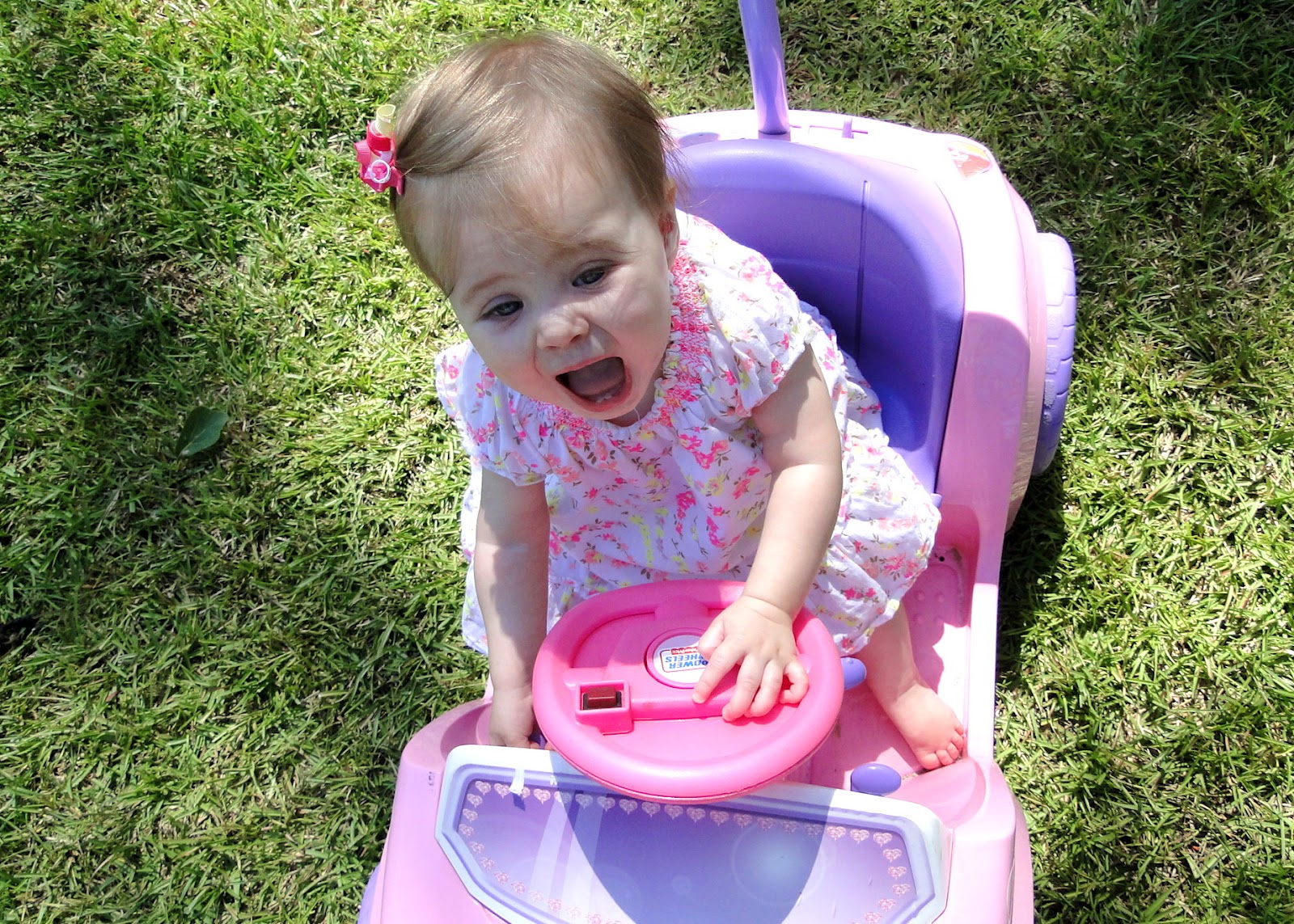 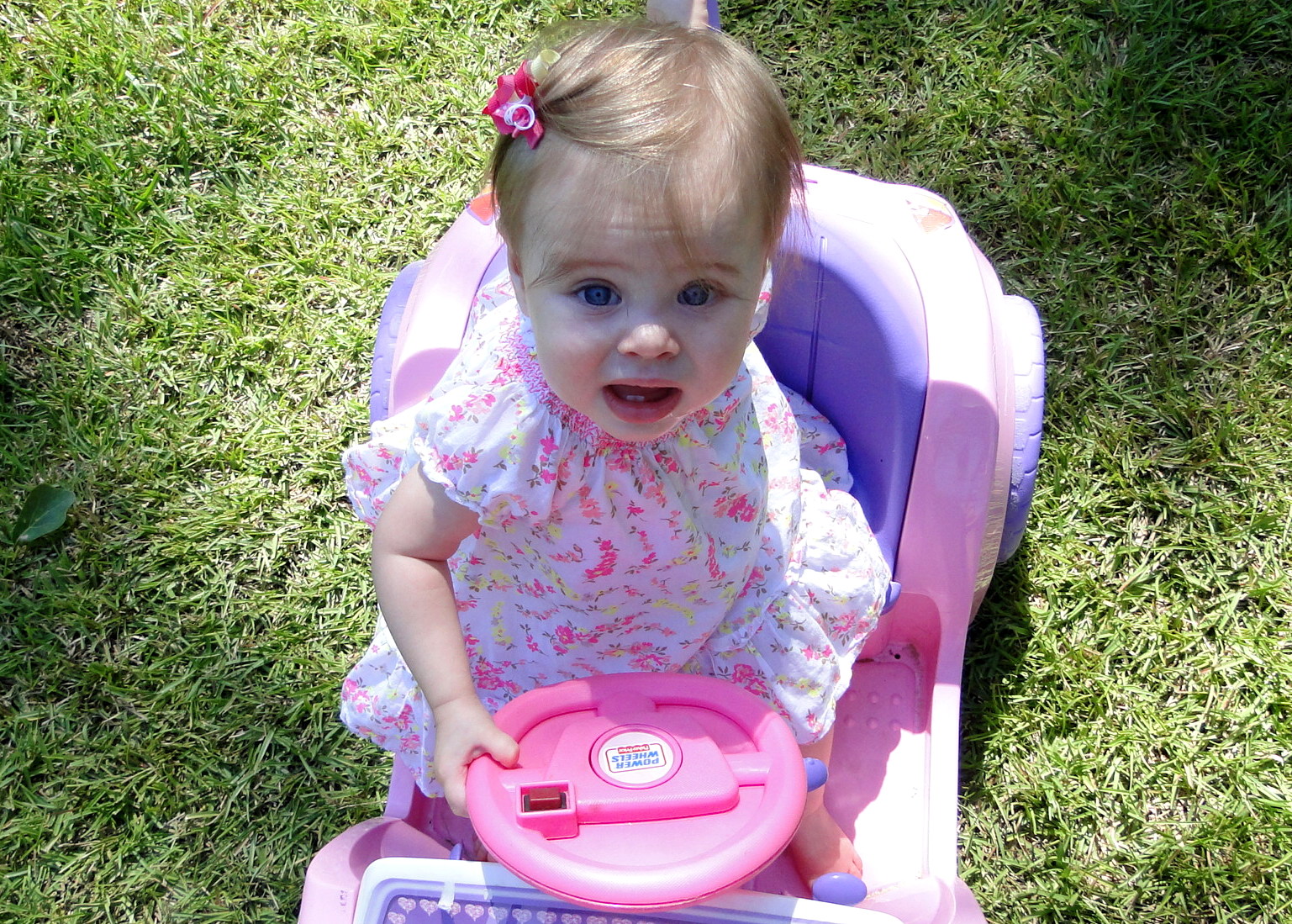 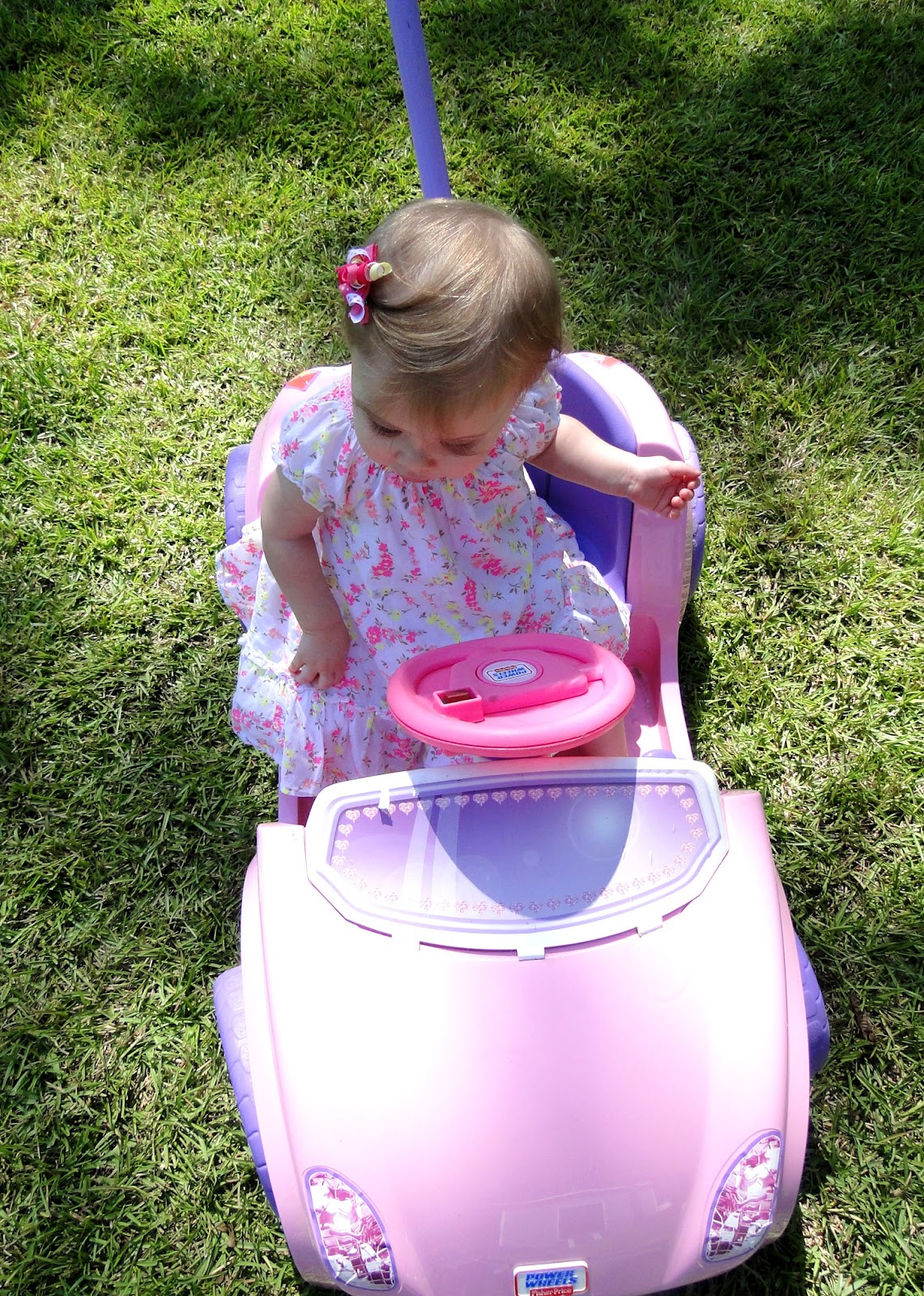 Here’s a video of her enjoying her new car 😉 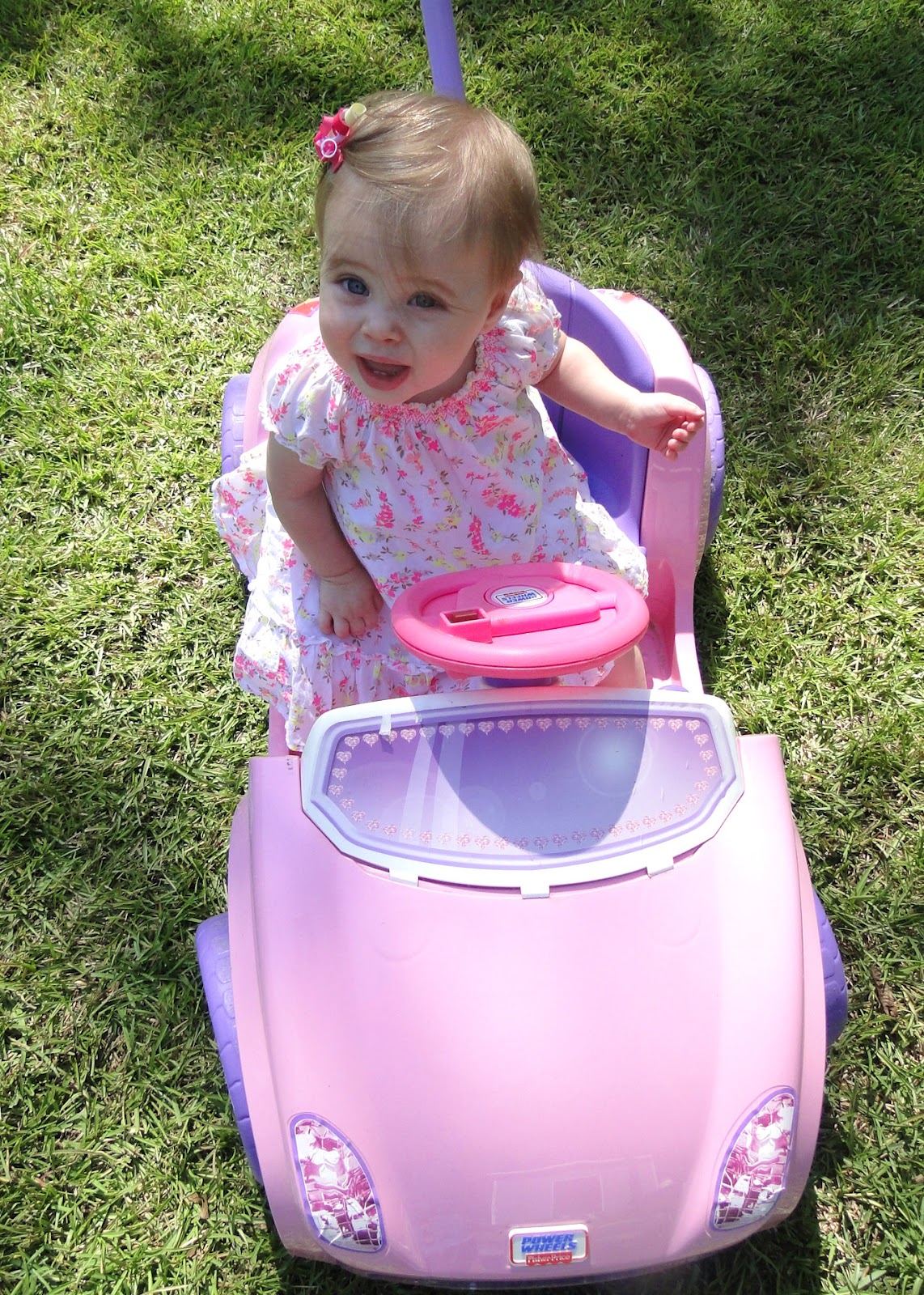 Thanks Aunt Courtney and Payton!!! 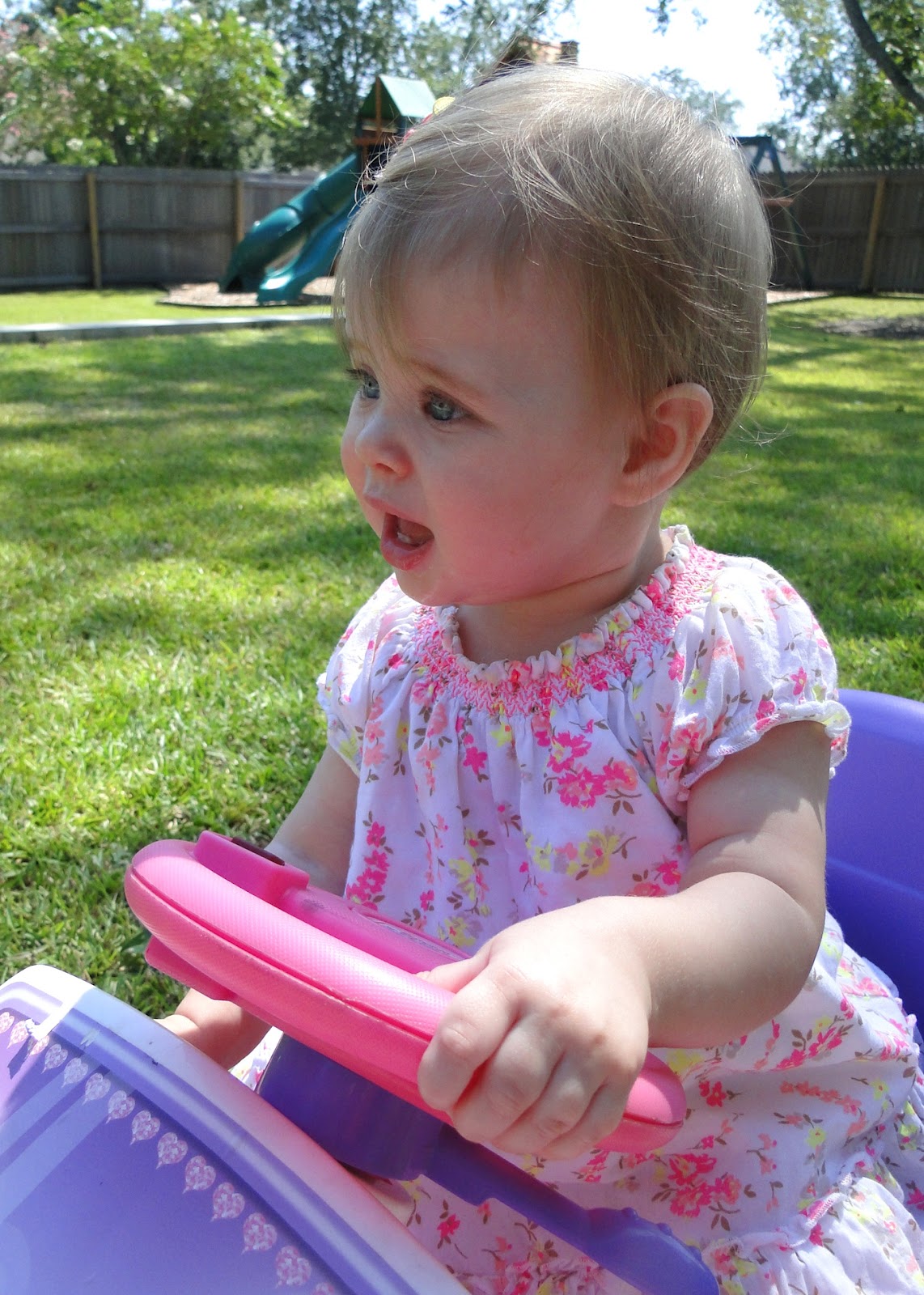