After picking out lighting I had to hurry and leave the house so I could meet up with the appliance guy (we’re using Green Appliances out of Valdosta). He had a costumer in his office so I ended up waiting quite awhile before he could get with me but it all worked out fine. I figured it was going to be the easiest of my choices for the day, and I was right, although it did take more effort than I expected it to!

Again, I was pretty much down for whatever was included at Steve’s cost. The house we’re in now is a spec house and I’ve liked all our appliances so I figured something similar to them would all be just as great in the new house. We’re going to have all GE appliances (I assume GE is a pretty good name right?). Right now we have “fake stainless steel” and I really like it. It has the look of stainless but it doesn’t look filthy like stainless always does (I mean you touch that junk and it leaves a print – I honestly don’t ever want real stainless!) and you can put magnets on our fridge 😉 It ended up though that the fake stainless thing wasn’t an option so I had to either decide white (with our cabinets? no way!), real stainless steel (don’t really like it and it’s an upgrade), or black (not super in love with it either…). It was a tough call on my part but I ended up going with black and Zach okayed it. We had a few things that I wanted that were over budget with the appliances and I figured if we went black rather than stainless then we had a chance of Steve making it work. Here’s what we decided: 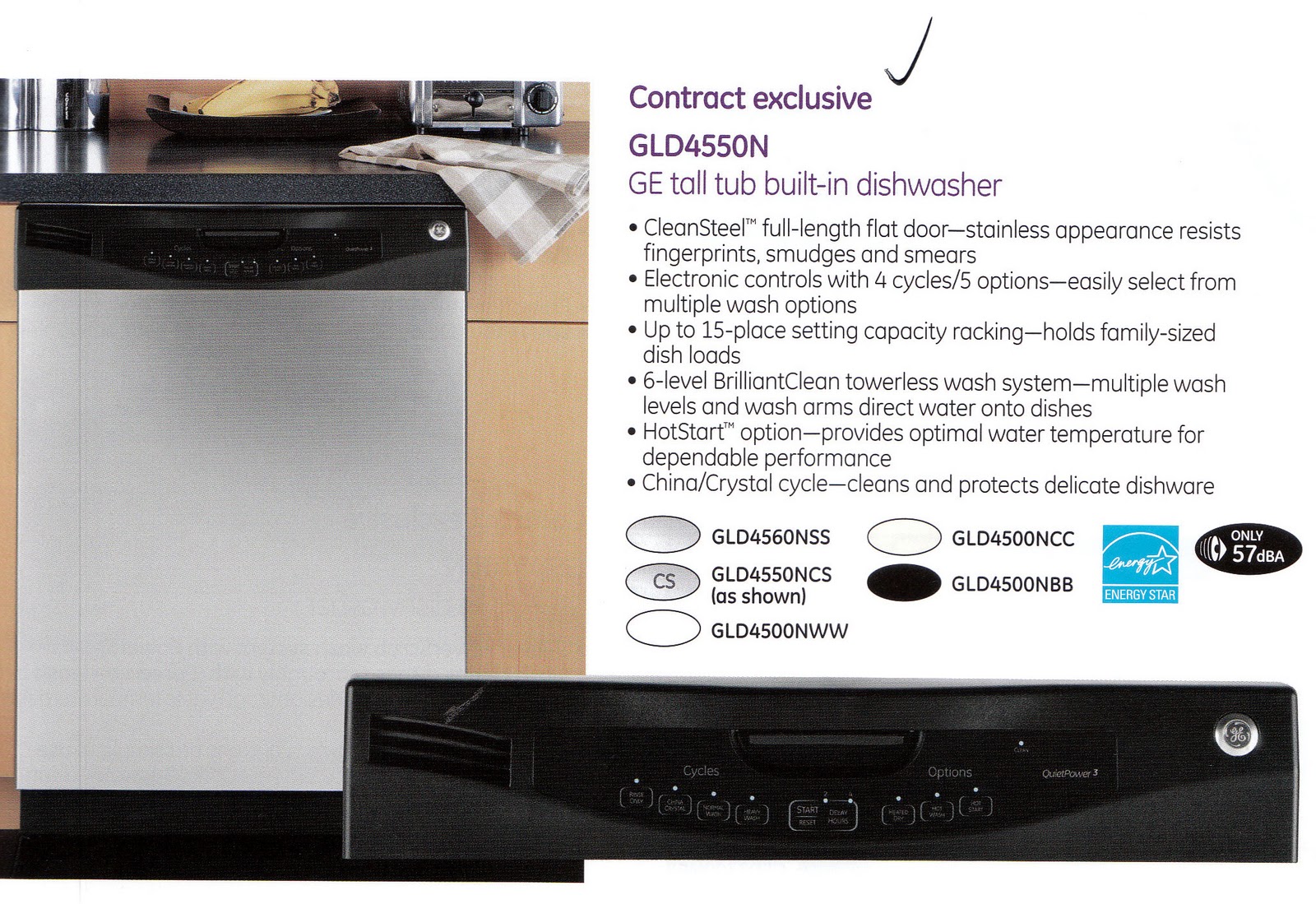 microwave (in black) will be above cook-top. I’m excited b/c this one has a shelf inside so we can heat two things at once!

The house plans show a separate cook-top with a double oven. We knew it probably wouldn’t work in Steve’s budget…but you can hope right? I know with having 4 children (someday) a double oven will be a necessity and why not just get it now while we’re in the building process rather than make room for it later? The appliance guy and I talked it over and I told him the same thing I tell everyone: I don’t want to break Steve’s budget and I don’t want to spend anything out of pocket. He had already talked to Steve before I came which I think helped 🙂 We ended up going with the lowest end of the double ovens! Hey, a double oven is a double oven ya know? I don’t need fancy! I’m just PUMPED that Steve approved it!!! 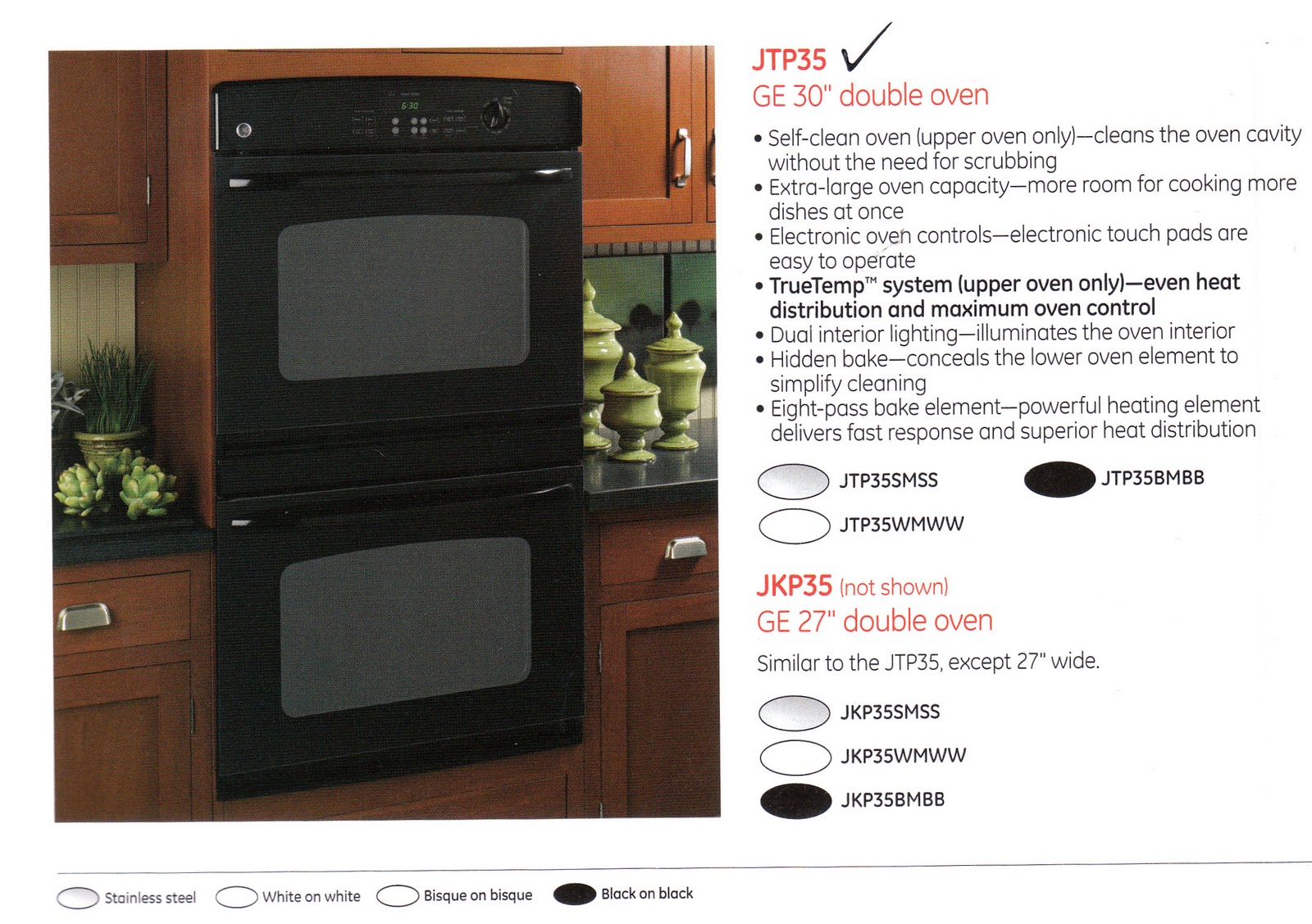 The other hard choice was cook-top. In a dream world I’d like a 36″ but the double oven was top priority so I was okay with going down to a 30″ but I really wanted more than just two big eyes (I mean do you ever use the small ones? I don’t!) So we got a high-grade 30″ cook-top and I think I’m going to LOVE it (remember it’ll also be in black).

Obviously the budget does not include a fridge (I don’t think they ever do?). Since we’ll be switching to black from the fake stainless I would like the fridge to match. I think it’ll be livable for a little while but Zach and I will both be kinda embarrassed about it when showing people the house. I didn’t have him order a black fridge but he gave me a great price on this one so depending on how all the money stuff works out we may be able to sell ours and get this 🙂 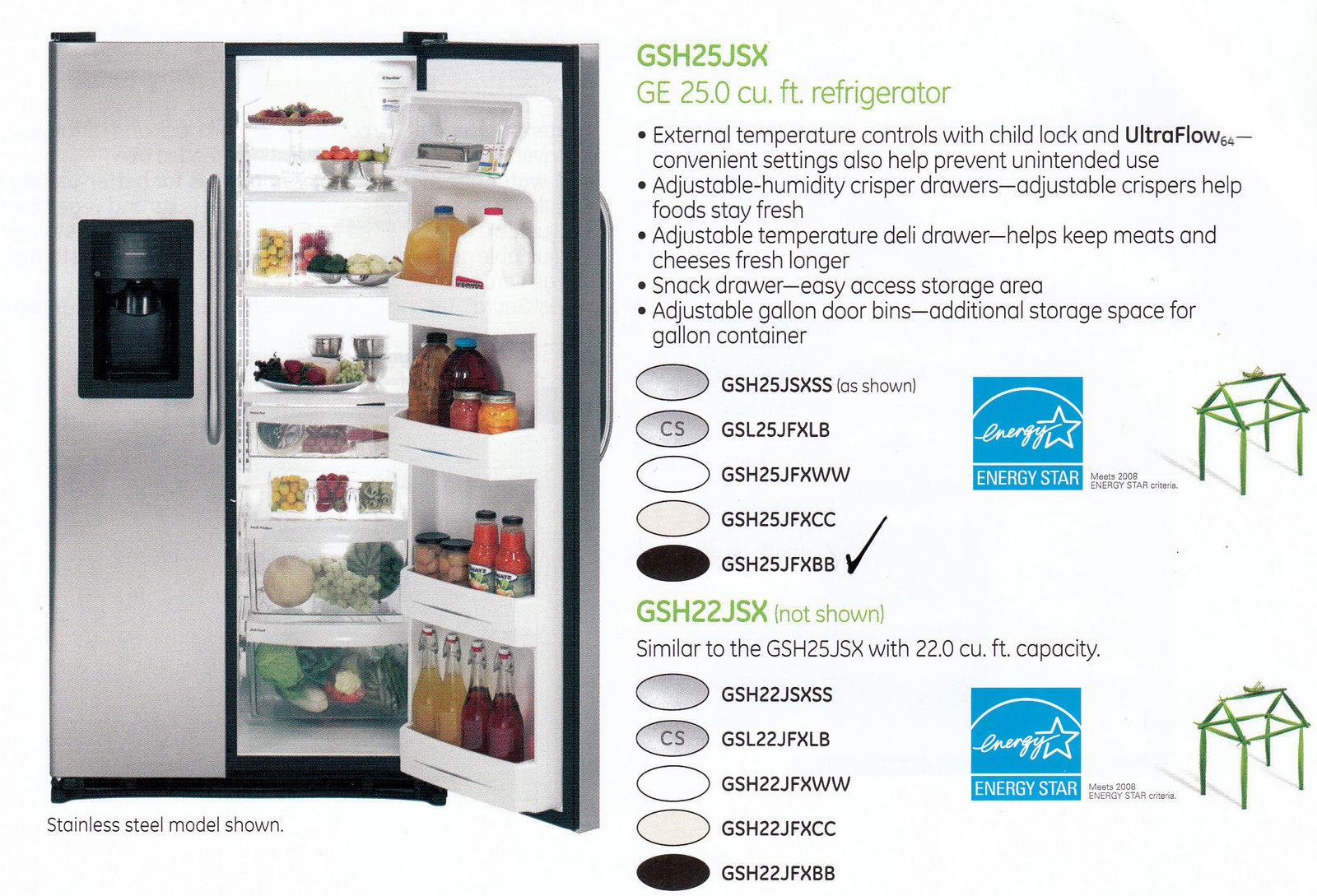 While I’m not in love with the idea of everything being black I do think it’ll look good in our kitchen don’t you? Especially with the black handles/knobs on the cabinets. After that meeting I haven’t given another thought to the dishwasher or microwave but I’m beyond excited for the double oven and cook-top 🙂 I spent that afternoon completing our kitchen with flooring…get excited!