Last week Mom was out of school for Spring Break so of course she wanted to come visit her grand baby! It worked out nicely for me too because it gave me a much needed break! With all my breast issues lately, I was so happy to be able to feed him then hand him over to her and enjoy myself a little bit!

She got into town on Tuesday which was good timing because pretty much every road leading to our house was closed down Sunday and Monday due to flooding! When she arrived we took Kye and ran errands. It was even helpful to have her here for that as she could wait in the car while I ran in! While running errands we decided to get Kye’s picture taken with the Easter Bunny! Of course Kye just kept right on sleeping through the whole thing. Yes, the bunny is creepy but doesn’t Kye look cute? 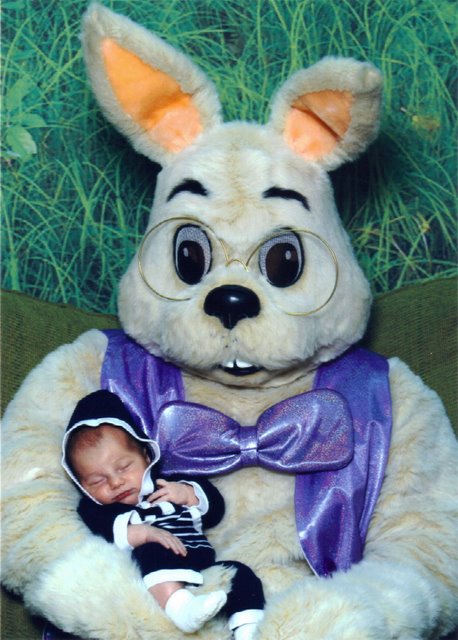 Again it was good she was here because she was able to keep Kye when I had to quickly run to the dr. to have them look at me on Wednesday. Update about that: I’m STILL hurting. The cream didn’t work either! So not fair!!!! It still feels pinched and burns…not good. I’m just toughing it out until I go to my 6 week check up on Wednesday. I’m really worried about what could possibly be wrong. It must not be yeast since two antibiotics didn’t kill it. What else could it be?

Wednesday night I treated Mom and Mrs. Charlotte to pedicures. They both helped me SO SO SO much during the early postpartum days and it was the least I could do! It was a really nice time and as a bonus I got to get my toes done too! 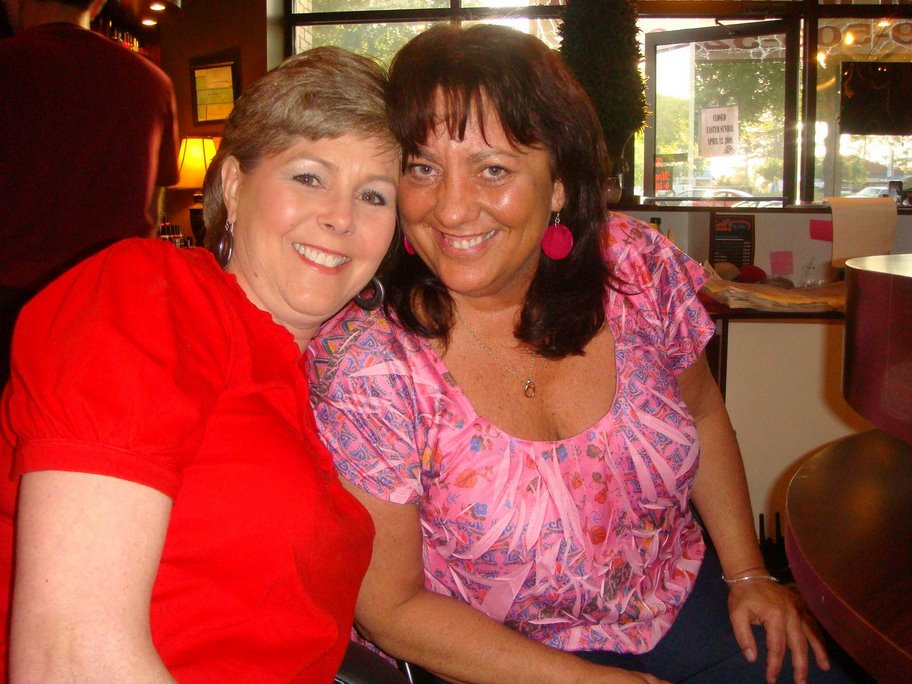 Thursday Zach and I went to the dentist. Zach hasn’t been since before we got married. So so so gross! His wisdom teeth are in and he has two cavities in them. I still have to have two of the three cavities filled that I had before I got pregnant, I filled one of them while I was pregnant but didn’t yet know it! Oops…they said I need to wait until after I’m done breastfeeding to have the remaining two filled. We’re getting dental insurance to pay for all this junk!

Mom decided not to stay until Easter because we spent it with Zach’s family this year and she wanted to be with her family for the holiday. So she gave Kye his basket early and got him the cutest thing! It’s a monkey blanket and is his FIRST thing that has his name on it! So cute! Kye already loves monkeys b/c every time I change his diaper he will just STARE non-stop at the monkey on his wall 🙂 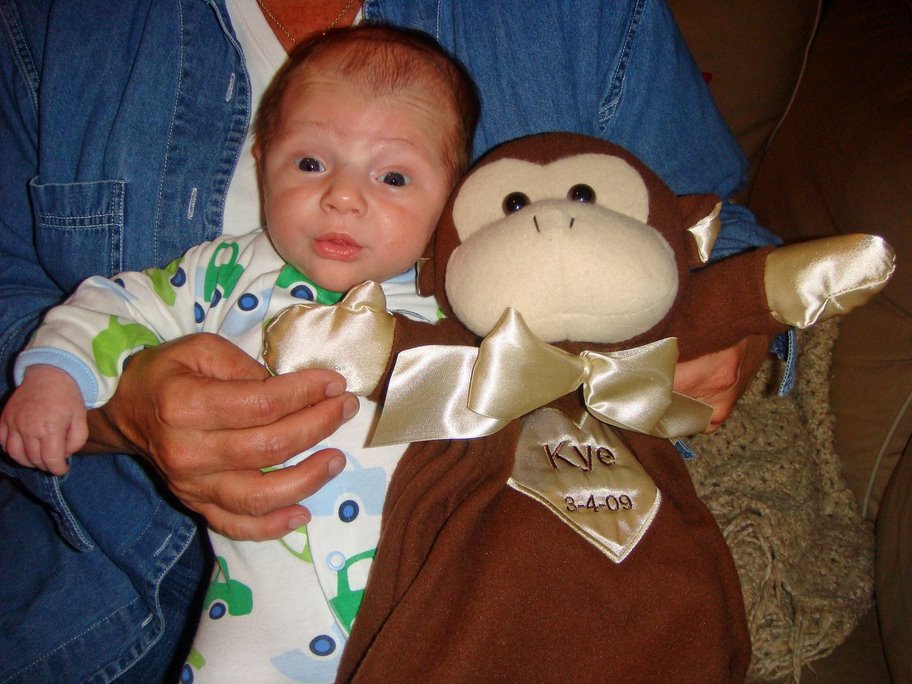 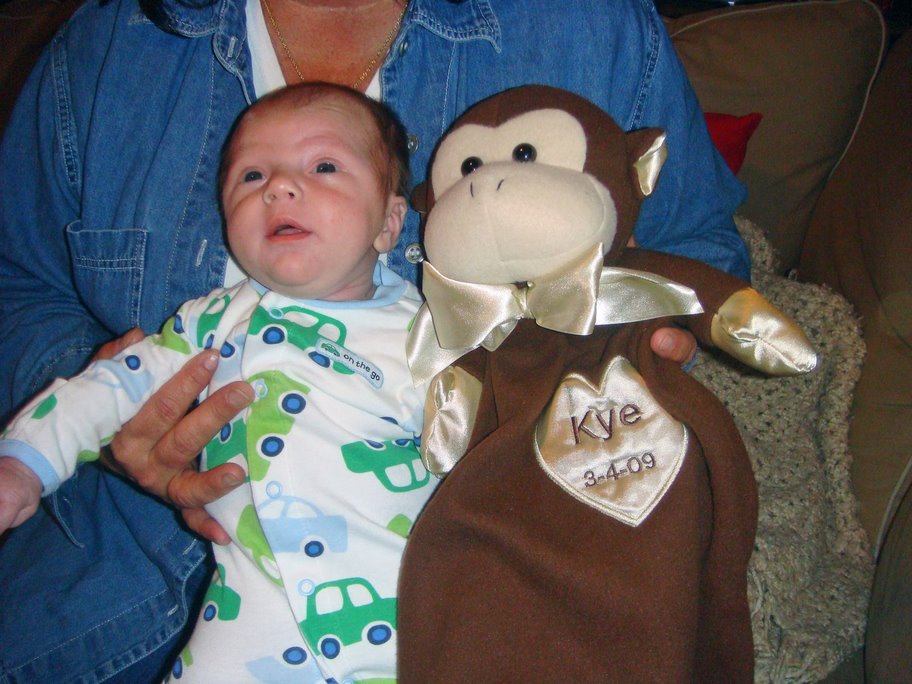 Some big events happened while Mom was visiting! We realized Kye is officially grown out of his Newborn sized clothing! Yay..finally he can wear something other than the like five outfits we had in newborn haha. He also started to reach for things and put his hands together! We realize too that the Zantac is really working as he’s become such a happy baby. Smiling even more often and making all kinds of cooing, happy sounds! 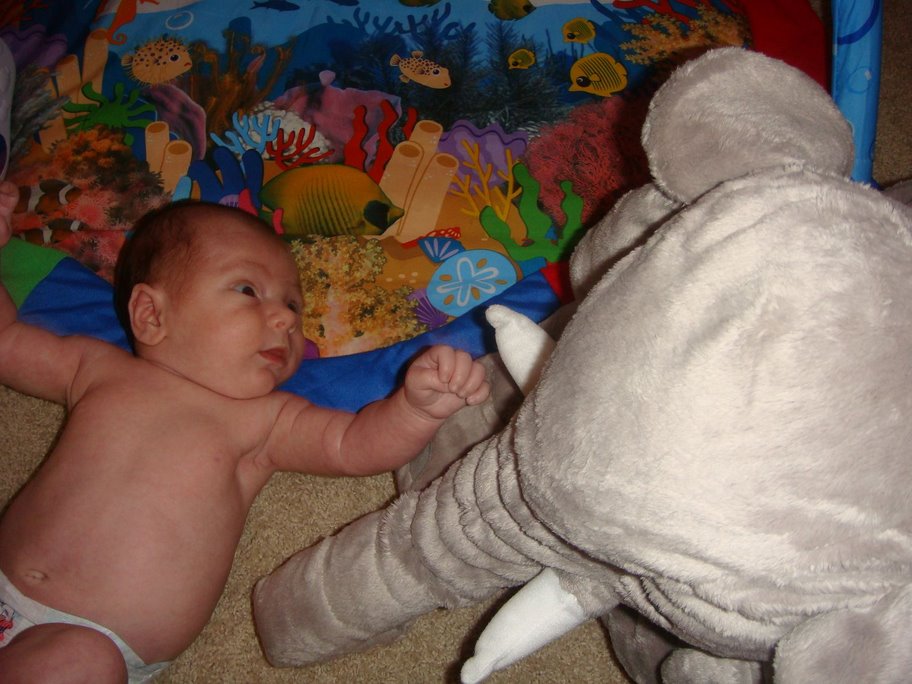 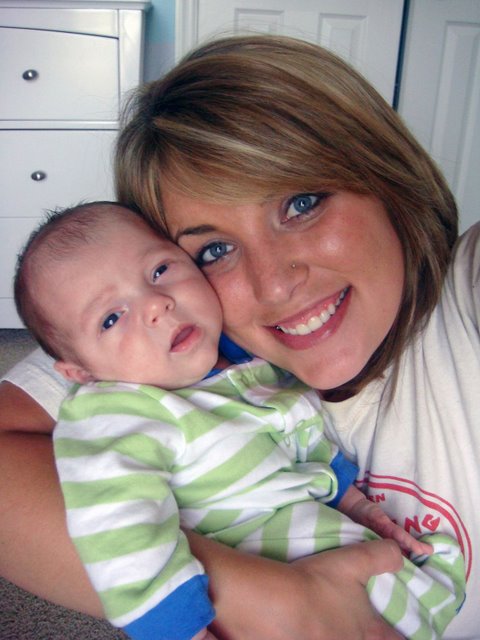 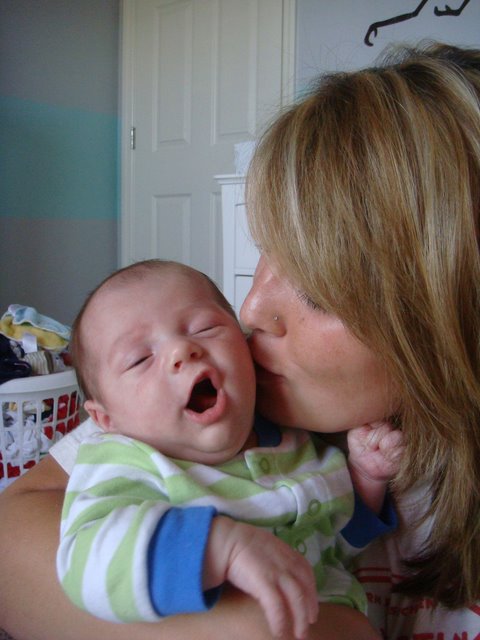 It was nice having Mom here and I know she LOVED getting to spend extra time with Kye! And she’s pumped to see him again in a couple weeks…I know she loves me too but she is all about the baby haha! But who can blame her?

She discovered this new position he loves being held in! 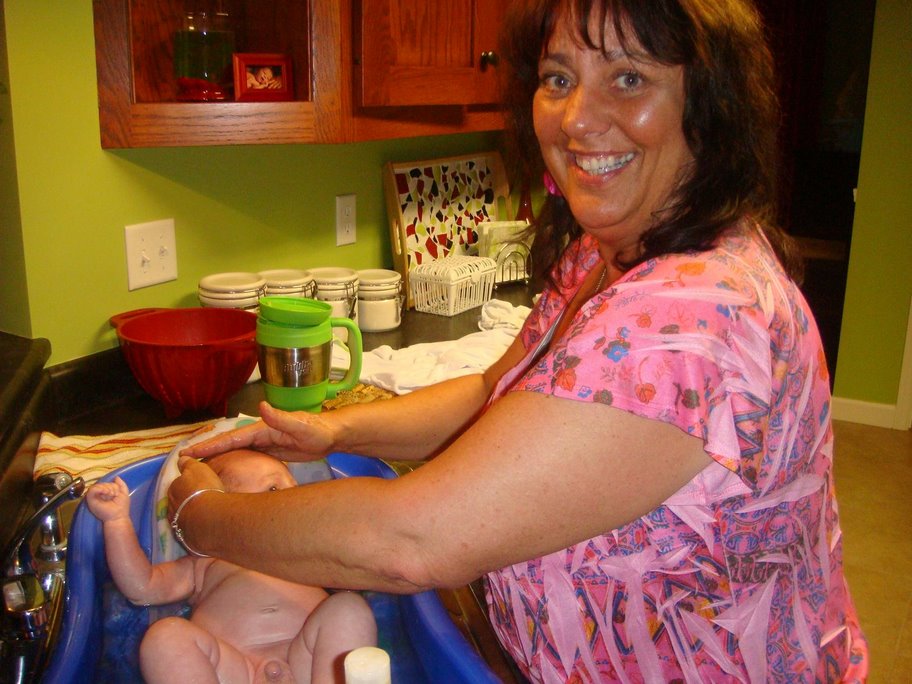