Who would have ever thought that with my mega milk supply that I’d have to worry about not having enough!!! I have always had WAY too much!!!

Well I’ve been experiencing what the rest of the nursing moms out there typically deal with early on in their babies lives…worry about them getting enough. Everything you read about baby food will tell you that milk should remain their MAIN source of nutrition for the first year of life. Everything you read also says to let the baby decide how much they want to eat. So that’s what I’ve been doing. Once Kye started on solids I nursed him completely THEN offered the food. Some things say to nurse one side, then solids, then the other but since milk is supposed to be the main source of his calories I wanted to give him ALL the milk first. He eats solids second and he chows DOWN. I seriously can only think of maybe three times that I’ve known for sure that Kye was saying he was full. He will just eat and eat and eat. 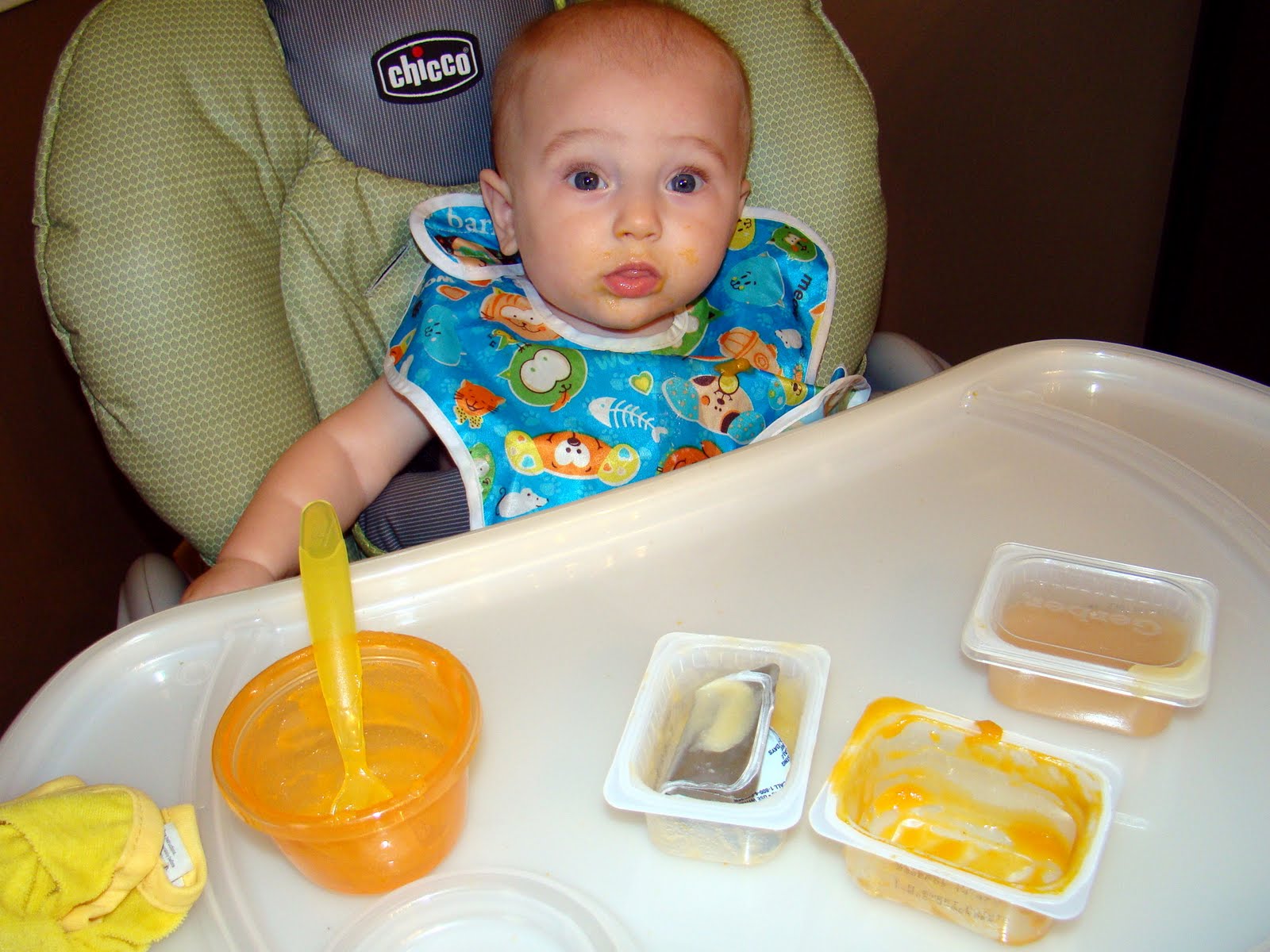 I know what most of you are probably thinking, “wow that’s great that he’s doing so well with solids!” And it is, he doesn’t have anything he doesn’t like so far and he truly enjoys eating time. Great! However, it’s not-so-great for my milk supply.

I started Kye out on bottle feeding (using pumped breast milk) when he was a little less than 2 weeks old. While I LOVE nursing I don’t feel like it should take away from me going and doing and I’m just not comfortable with nursing in public. So we give Kye a bottle whenever we are out during a feeding time. Church, dinner, someone’s house. Whatever. It works great and what I do is feed him the bottle then pump for the missed feeding and use that milk for the next bottle. When you pump for a missed feeding you should get out whatever the amount is that the baby ate for that feeding. Since Kye has been drinking 8 oz for a long time I should get 8 oz right? Right!

Well since we introduced solids I went from getting 8 oz (or more) every time I pumped for a missed feeding to getting 7.5 oz, then 7, then 6 and then down to even 5.5 oz! That alarmed me big time!!!! 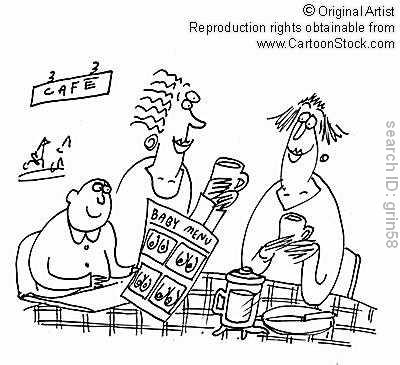 When I first noticed the supply going down I tried not to freak and figured it’d pick back up, but once it got below 6 oz I decided I should do something about it. I started reading through my books and I found out that a baby his age should be getting between 24 and 32 oz a day. With only four feedings that works out to AT LEAST 6 oz per feeding. So the 5.5 oz just wasn’t cutting it!
I know many people will say that Kye’s fine. He’s obviously still growing (we go Thur to the dr and I’ll know the new weight!) and he’s happy, thriving even! It’s not just about him, it’s about me. I don’t want my body to slowly ween itself to where I dry up with no milk left!!!
I talked to several people and got lots of advice. Maybe I needed to up the intensity of the pump because Kye empties my breast quicker now. Maybe it’s because teething. Maybe it’s a natural thing and it’s completely normal and fine. I called the lactation specialist at the hospital (who, by the way, knows me by name now) and she said she thinks it’s okay. That since he doesn’t have a bottle of pumped milk everyday or anything that it’s okay that he doesn’t get as much as he used to and that it all balances out. Even with so many people telling me it was okay I felt in my gut that it wasn’t okay. And I’m a BIG follow your gut girl 🙂 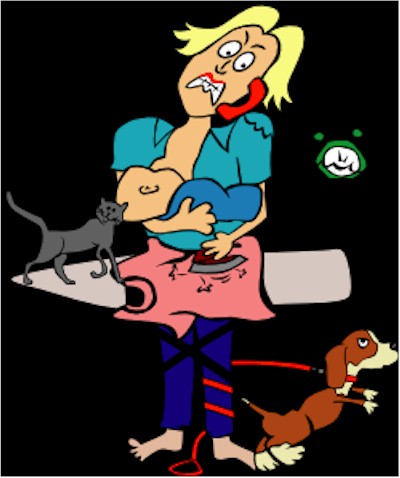 I broke down and called the La Leche League and talked to them about it. Don’t get me wrong I don’t have anything against La Leche people but I’m not a demand-feeding, attachment parenting, anti-processed baby food kind of mom. Heck if I told that lady I did Babywise she would have flipped!!! She did lecture me about feeding him store-bought baby food. Asked why I did it and why I was even feeding him anything other than breast milk right now (she claimed he didn’t need a THING besides breast milk for several more months). Not saying that ALL LLL women are like her but it’s the general thing I hear (just like most people assume Babywise moms are Nazis haha). So basically I dismissed pretty much everything she said except when she told me that I can lower the amount of solids he eats and that it will help him nurse more. Good idea!
When I first started him on solids the dr. told me he needs 1/2 jar twice a day. Well the kid has been eating WAY beyond that. Clearing 1/4 cup rice cereal and at least a jar per feeding no problem. So I took that LLL ladies advice and cut back. I only give him 1/2 jar of fruit with 1/4 cup rice cereal for breakfast, 1/2 jar of vege and 1/2 jar fruit for lunch, no solids for afternoon feeding, and then 1/2 jar veges, 1/2 jar fruit mixed with 1/4 cup rice cereal for dinner. So it’s exactly as Babywise would have it but I don’t let him decide when he’s done. I decide. 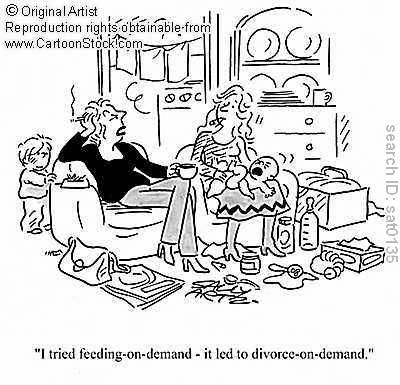 The first time I did it I offered him the breast before the solids and then after them to make sure he was full. Since then I’ve just MADE him stay on the breast longer. I let him nurse as long as possible and even if he acts like he’s done I offer it one more time to make sure. THEN I give him the solids. So far it’s working wonderfully and the last time I pumped for a missed feeding I got about 7 oz which is much better! I also tried giving him a bottle of 8 oz the other night (I used some frozen breast milk from ages ago to make it enough) and he only drank 6 oz. That tells me that I think it IS a combo of him naturally drinking less due to solids and that I was feeding him toooo many solids. I read that 2 tbl of solid food equals the amount of 1 oz of liquid. That makes sense! If I was feeding him a crap load of tablespoons then he needed a TON less milk!

I feel pretty proud of myself for handling all of this and figuring it all out! I love all the advice I get from people as I just love learning (a nerd I know). I feel like this experience helped me understand his diet better and be even more sure in trusting my gut on issues. The La Leche League lady even wants me to come to a meeting sometime to talk with other nursing mothers…I’m considering it. Not only would it be nice to meet other breastfeeding moms but it’d hilarious to see their faces when I bust out with some Babywise stuff!!! haha!

I plan to keep the breast milk the most important part of Kye’s diet until he’s a year old. I still don’t feel pressure to continue breastfeeding and if it becomes something I no longer enjoy I will stop. But I do enjoy it so much and don’t want to stop! It’s not only for my enjoyment that I want to continue, it’s that I think at this point it will be a lot easier to have him transition from breast to cow milk than breast to formula to cow. We’ll see what happens during the next 6 months 🙂