Duh, I loved Babywise and I’m actually even MORE in love with Babywise II! It is meant for a parent of a baby who is between the ages of 5 months old and 15 months old. I got it when Kye was about 4 months old and read it cover to cover then read it again when he was about 5 months and have left it out to use as a reference over and over again.

I think that the Babywise series is awesome because the authors say what they want to say and don’t worry about stepping on people’s toes. I love that! The beginning of the book talks a lot about parenting and how important it is to teach children morals. I, like most people, hadn’t really thought about how Kye doesn’t know right from wrong. I mostly worry with trying to help him develop skills (such as sitting up) or learning tools (like always counting things, telling him colors, etc). But do I put much focus on right and wrong? Not really. This book really helped me realize that moral training is the most important thing to teach! 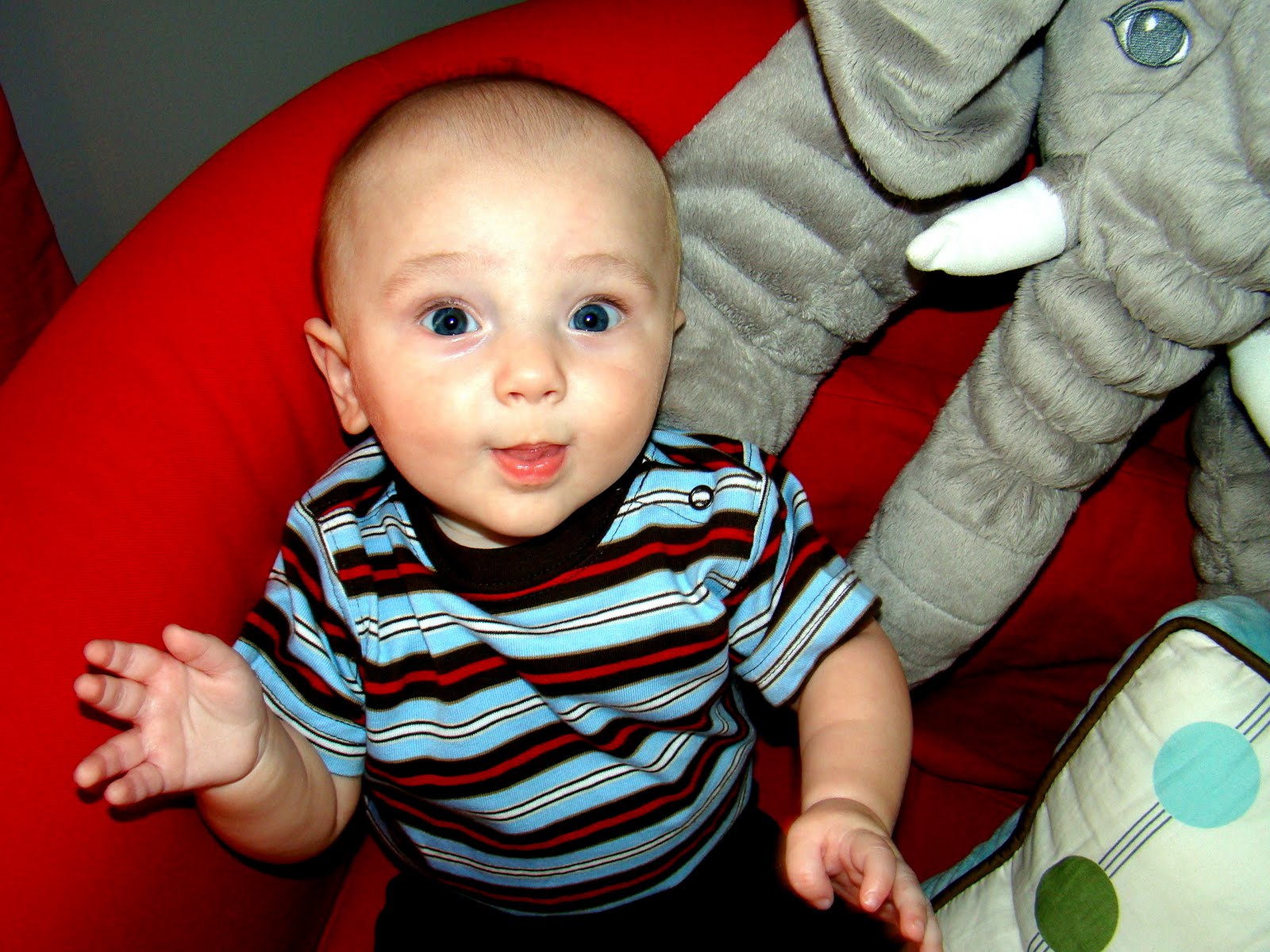 The book talks about how adults think before acting but children act before thinking so therefore we need to teach them how to behave morally long before they will actually be able to think that way. Kye may not understand that he shouldn’t intentionally throw food on the floor from his highchair but that doesn’t mean I shouldn’t teach him and restrict him.

Something that is critical in teaching children morals is that they have self-control. This leads to longer attention spans which allows them greater potential for academic and moral learning. When you train your child to a right moral response you are also teaching them self-control. When I tell Kye “no sir” and pop his mouth when he makes raspberries with his food he’s learning not to do that and he’s also learning to control the urge he has to do it which is self-control!

I’m teaching Kye some basic signs that will help him with learning moral standards and self-control. Instead of grabbing at the bowl and making a mess with his food he’s learning (ok he’s no where close yet but I’m teaching him anyways…) the sign for “more.” He’s also going to know the sign for “all done” so he won’t get fussy and misbehave when he’s finished eating. Instead he will use self-control and think about what he wants and then sign “all done” to let me know he’s finished. It’s really neat and he already knows what the “all done” sign means he just can’t do it himself yet! 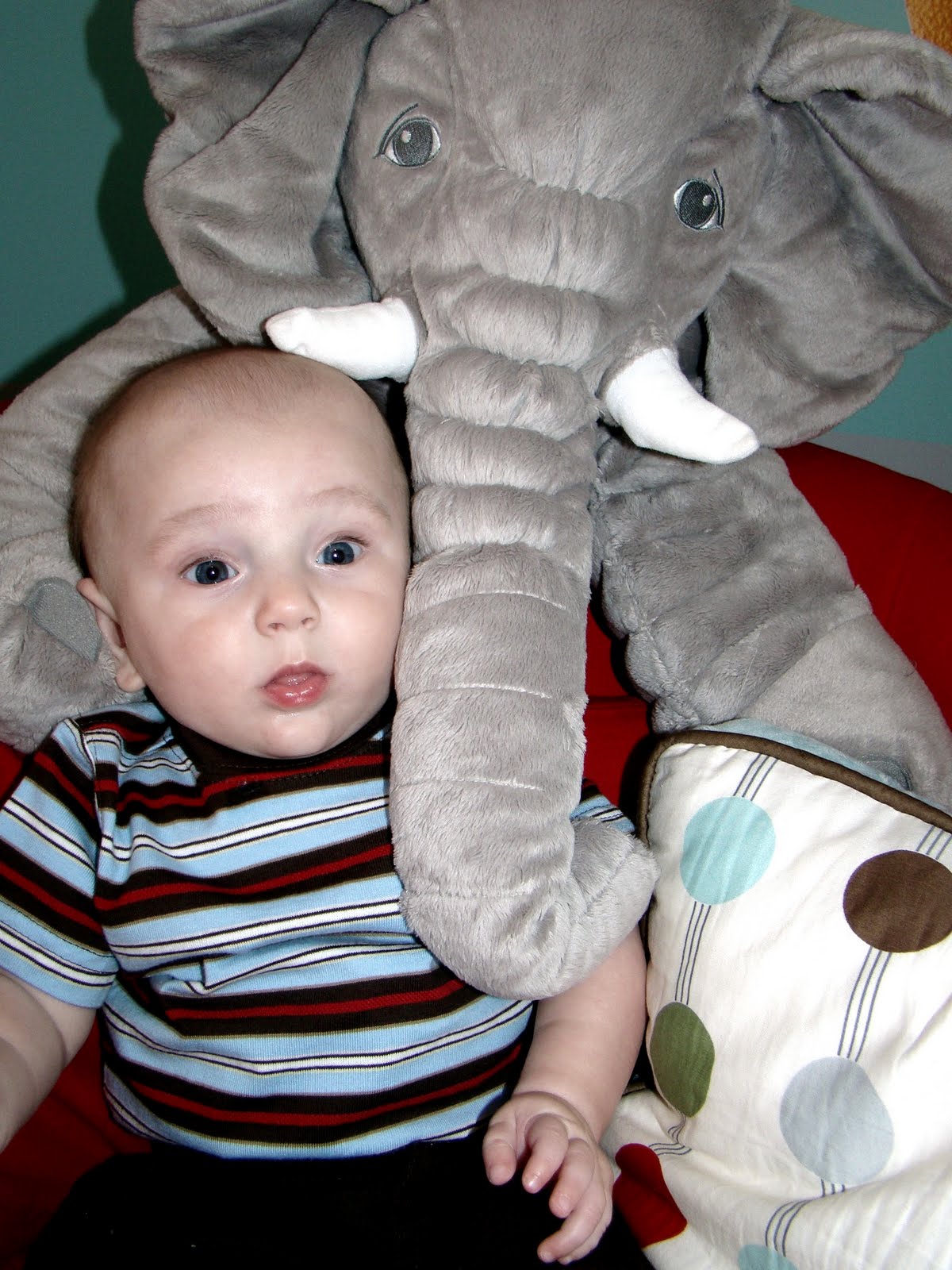 With the concept of self-control comes the ideas of freedoms and boundaries (I know it’s getting deep here!). These little equations the book gives really made a lot of sense to me:

Really read each of them and it starts to click! If I give Kye tooo much freedom then he’ll be confused and he’ll be allowed to do too much beyond his level of development (for example, allowing him to watch rated r movies when he’s 5). If I don’t give Kye enough freedom then he’ll be frustrated because he’s needing more (for example making him go to bed at 7 when he’s 8 and all his friends are out playing). But if I give Kye just the right amount of freedom then it’s perfect! 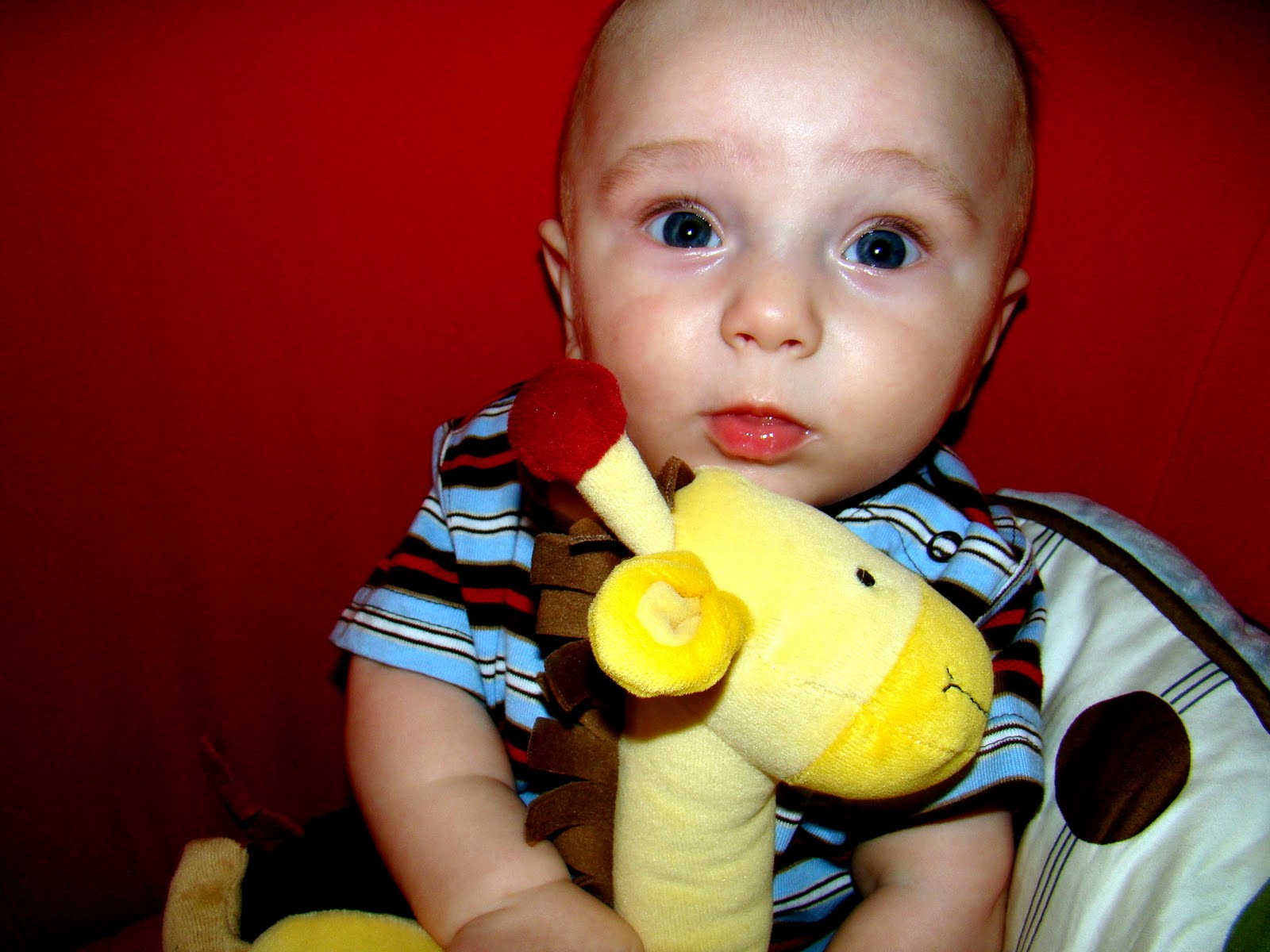 The goal of it all is to NEVER have to “re-parent (my own word and I love it!).” If you think about it MOST parents do end up re-parenting at some point. Kye is obsessed with my phone. He reaches for it all the time and wants to hold it so badly. He’s a baby, what harm could he do? I could just lock the keys and let him play with it, no big deal! But then I would eventually have to “re-parent.” Can he play with any phone? No. Will he be allowed to play with it when he’s older? No. So why should he be allowed to play with it now? Allowing him more freedom (the phone) than he’s ready for will only result in him being confused because at some point I’d have to tell him he can’t play with it.

Another good example is food. People all the time allow their babies to play with their food. It’s cute!!! It’s assumed that they will play with it, it’s what babies do!!! But why do we think it’s so precious for babies yet get onto an older child for doing the same thing? If Kye won’t be allowed to do something when he is older then he can’t do it now either.

Here is the example the book gives and I think it really hits home: “do you let your eight-month-old play with the remote? If yes, why? Does the child understand what it’s used for, how it works or why it’s not a toy? When he or she begins to bang it on the coffee table, will you take it away? Or when the child picks up and begins to use a similar unit on the neighbor’s coffee table, how will you restrain him or her? What are you going to do when your child resists your taking possession of it? All of the sudden you are surrounded by variables that should never have become part of your baby’s life. At this age of development, a remote control has no meaning or purpose. Why add a variable to our baby’s life that will only need correction later?” 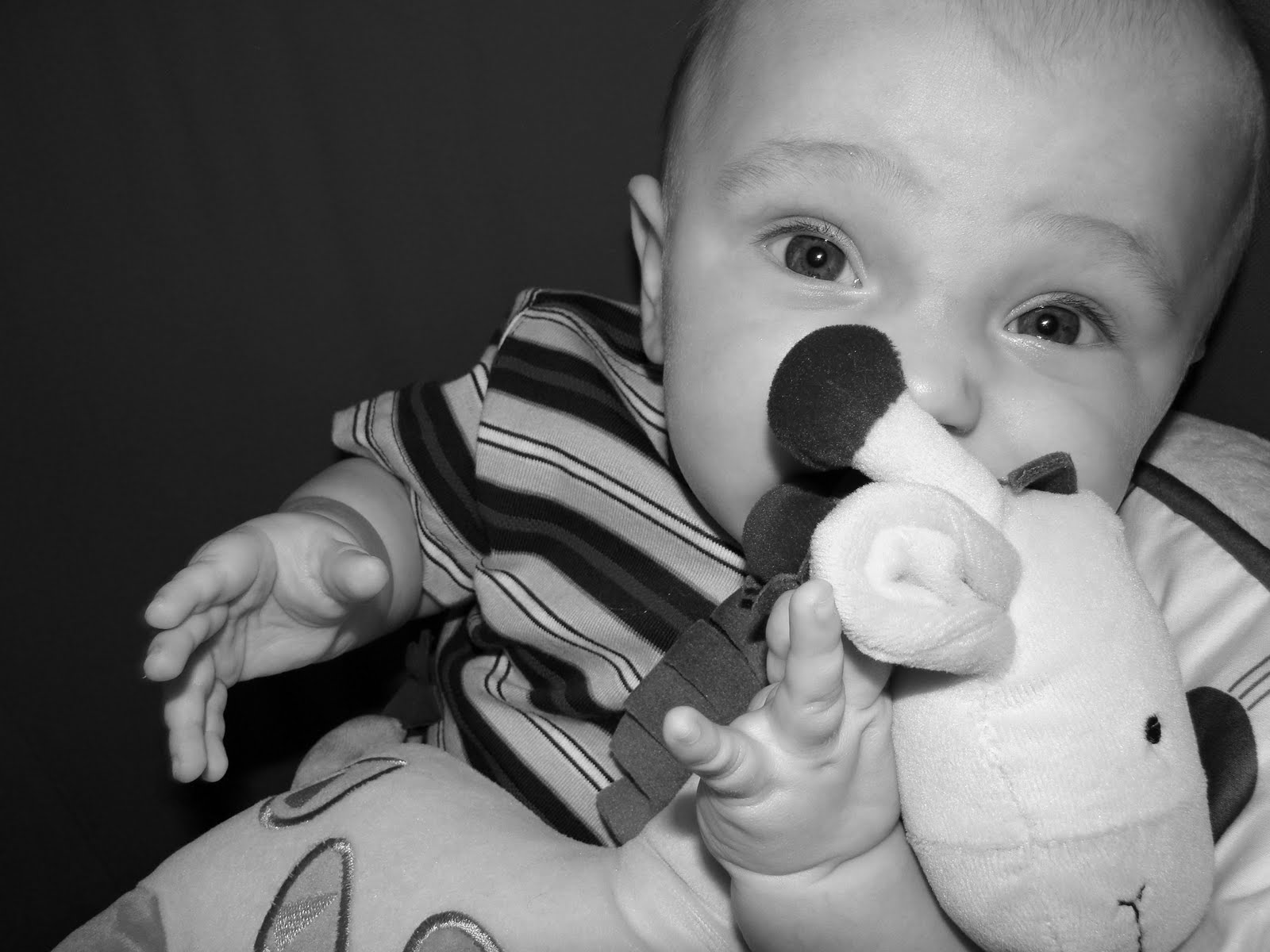 The book brings up the remote control example later when they talk about how the proper amount of freedom brings about harmony. They say if you give a child an age-appropriate toy instead of the remote control then they will be less likely to have limitations placed on the use of the toy. So you are controlling the variables by giving them an appropriate play item but you’re also limiting the need for constant correction. And who wants to be constantly correcting their kid? I know one of my (many) pet-peeves are those little baby shirts that say, “I think my name is No-No.” I don’t want my baby to constantly be hearing “no sir” “no sir” all the time so why should I make the mistake of allowing him to do something that I’ll later have to correct him for doing? It’s not fair for him and it’s not fun for me!!!

Can you see now why I have to re-read this book again and again? It’s SO SO easy to accidentally do something that will cause re-parenting later. I catch myself all the time and have to stop, think about it, and make sure that whatever I’m about to do will be okay in the long run. That’s really the key: to think long-term. I really want to be able to have four children and I want to make my life as easy as possible when parenting each child. The more conscious I am about my parenting the EASIER it will be in the long-run for me! Yes, all these “Babywise” concepts benefit Kye but they also benefit me! 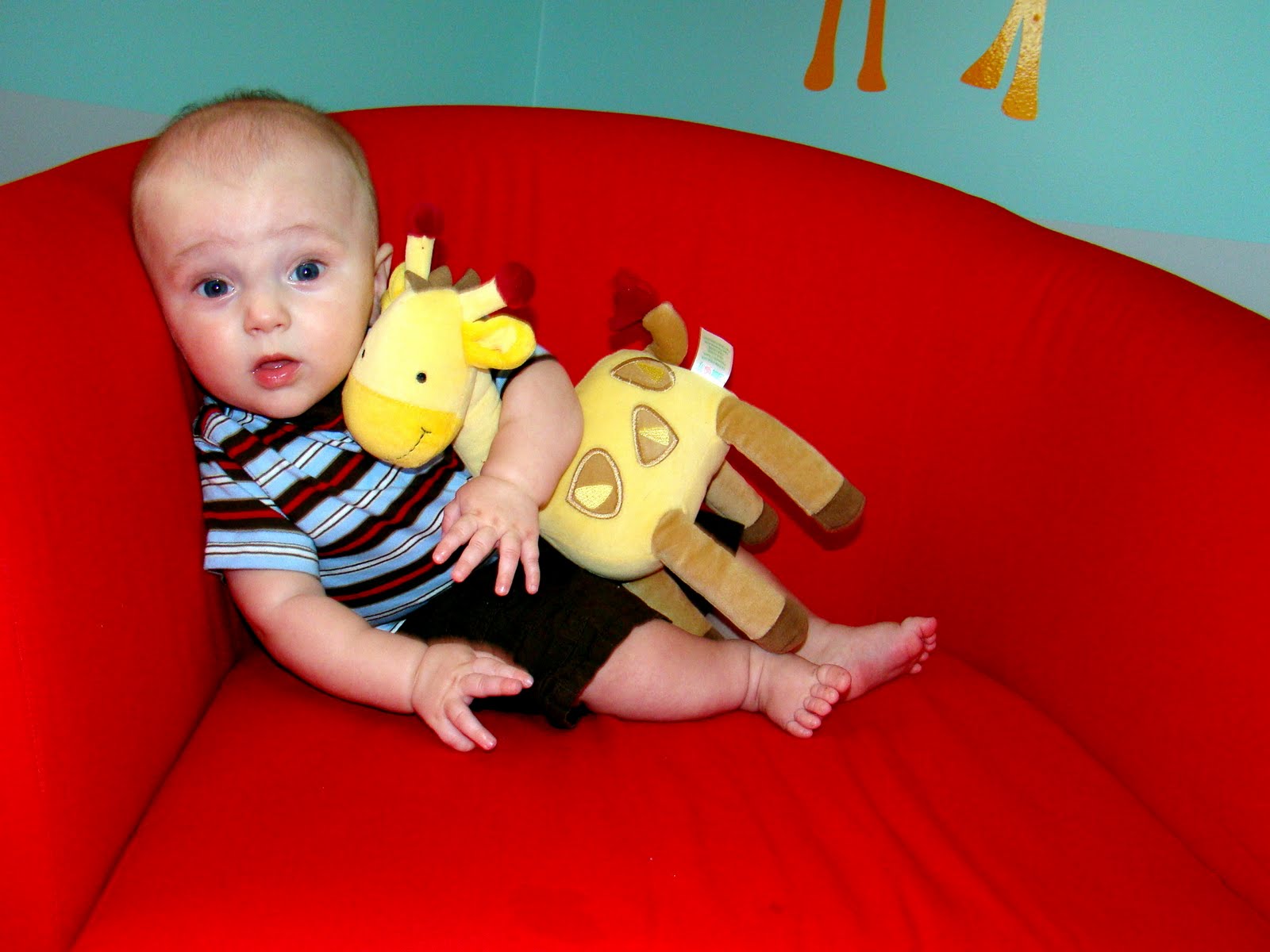 While Zach and I are pretty strict about not allowing Kye to do things that will require “re-parenting,” it does make it tough when other people watch him. Even when they just hold him! I know once someone held him and let him hold a water bottle and they got my attention (and other peoples) b/c they thought it was sooo cute. I just smiled and made a mental note to myself that she didn’t realize she was allowing him to do something we don’t allow. The way I fix it? I have just gotten in the habit of saying (before I hand him to someone), “we don’t let Kye play with anything but his toys.” So far that seems to be working!

I hope no one is reading this and thinking, “Omg I let my kid play with a cell phone, Emily thinks I’m a bad parent.” I really don’t think you’re a BAD parent if you do those things, Zach and I know we are more hardcore about stuff than most people. It doesn’t make us right or you wrong, just different. I do hope that maybe someone reads this and gains something from it as I did because it totally changed my outlook on parenting. I REALLY recommend reading Babywise for yourself as the authors can explain things much better than I can 🙂 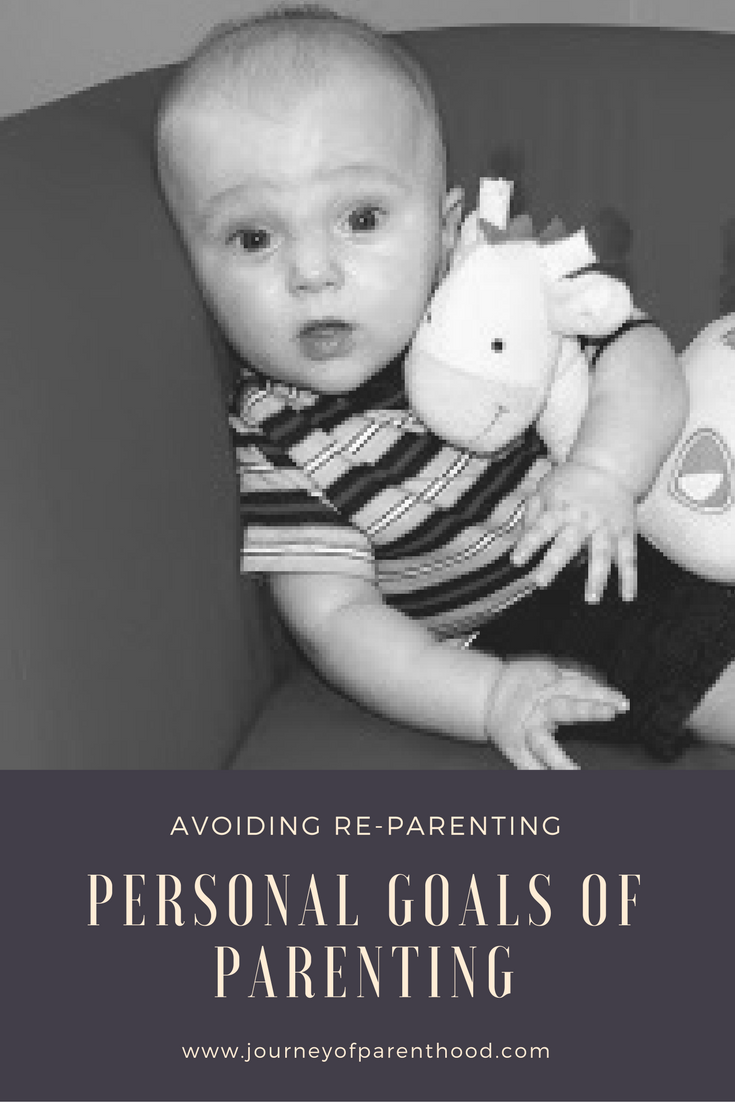