The first question people ask when they find out I’m pregnant is “what are you having?” Once I tell them we are waiting to be surprised, the second question they typically ask is “what names do you have picked out?” I always reply by simply saying that we DO have our names chosen but that we like to keep them a secret until birth 🙂 I’d say a large majority of people agree with both of our choices to not know the sex and to not announce the names! 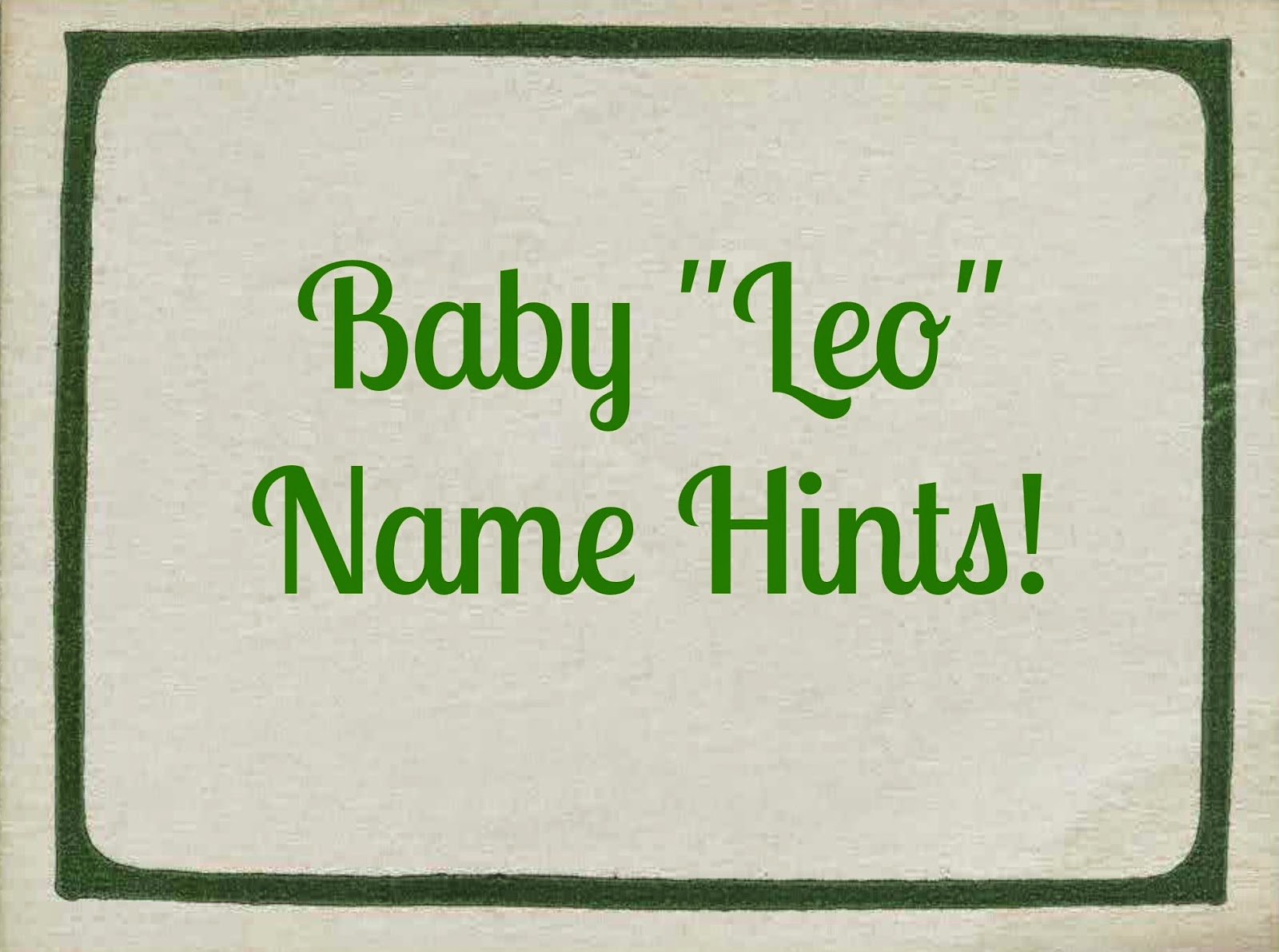 We originally decided not to tell names because Zach’s sister, Courtney, had been pregnant with her son the year prior to us getting pregnant. We saw how people were constantly telling her opinions on names. She’d suggest names and people would say their thoughts. I don’t know if Courtney minded all the opinions or not, but Zach and I already knew the names we wanted prior to ever becoming pregnant. We did NOT want ANY input about the names. We also knew that our names may not be well received. Candler Kye? Brittlynn Avery? Not exactly the most common names around! People naturally tend to give opinions when baby names are discussed (heck, I’m just as guilty of it as the next person!) so why leave it up for discussion? We knew once the baby arrived and we announced the name that people would be less likely to say anything about their opinions regarding it (although I do have to say we had a good number of people still say how they did not like Kye’s name!). Our baby would have a name and everyone would associate the baby with that name and that’d be the end of it 🙂

Plus it just adds another fun element of surprise to the delivery! Not only do we get to have that moment of “it’s a BOY/GIRL!” but we also get to enjoy announcing the name then as well! This time around we plan to have Britt announce the sex of the baby, and Kye to announce the name. We won’t be telling him the name until that moment so don’t bother trying to ask him for hints because he has no clue 😉

I have also done posts with name hints for both of my prior pregnancies!

You can read the hints for Kye’s name here

You can read the hints for Britt’s name here

Be sure to fill out Leo’s Baby Pool and put down what YOU think his or her name will be. I can’t wait to read the guesses, although I’m not thinking anyone will get them correct 🙂

1. Both the full boy name and the full girl name are names we have never planned on using in the past when I’ve been pregnant (so the old baby name hint lists won’t be helpful!)

2. All four names (first and middle of the boy as well as the girl) start with consonants.

3. One name will follow in Big Brother’s name footsteps…he or she will be called by the middle name rather than the first name.

4. The other name will follow in Big Sister’s name footsteps…he or she will go by a shortened version of the first name.

5. Just like Kye and Britt, Leo will be called by a one syllable name.

6. Three out of the four names end in consonants, that means one ends in a vowel.

7. Both first names are two syllables.

8. One middle name is two syllables, the other is one syllable.

9. None of the names we will call Leo by will be the same first letter as the rest of the names in our family (so not Z, E, K, or B).

10. The boy will be called by a name that is much more “sports sounding” than Kye’s name is. While the girl will go by a name that has a similar vibe to Britt’s.

11. None of the four names are in the top 1000 baby names for any year of birth in the last 100 years (via Social Security’s website)

13. We totally and completely made up two of the four names ourselves.

14. We prefer names with obvious gender attachments to them. We don’t use unisex names.

15. Neither of the names that Leo will go by sound “babyish.” We like to choose names that we can see our children using in each stage of life.

Honestly, I am not very confident that people will respond well to either name. Most people have loved Britt’s name where Kye’s was a mixed response. Both the boy and girl name this time will probably result in some interesting feedback. But we like ’em and that’s all that matters 🙂

Got any guesses? Be sure to include them on your Baby Pool Submission!