Last year Kye and Payton were in the same class at school. At first, Courtney and I were concerned about it…but it ended up working out perfectly! We never had any school behavior issues with it and it actually created a stronger bond between the two of them. Kye considers Colt and Payton to be his best friends! Isn’t that awesome when family is also friends? In the past it’s always been Kye and Colt attached at the hip, but since being in the same class together it’s really become more Kye with Payton lately.

I think it’s wonderful that he and Payton are such buddies! I always felt so bad for poor Payton being left out and it’s nice that she gets included for a change! Payton and Colt are both SO sweet with Britt and I feel like the four of them all have a great dynamic right now. Of course Casey and I are about to totally disrupt that with our two new babies entering the mix!!!

Being that Kye and Payton are so close right now I thought it’d be smart to have her sleep over before they get too old to be able to. The sad thing about boy/girl friendships is that they really can’t do the whole same-room sleepover situation for very long! I would have loved to have Colt come too and felt SUPER bad not asking him to but I was newly pregnant and Zach was traveling and when they all get together it can be crazy (especially the two boys…you know boys…although Britt is probably twice as active as they are haha). Plus I think it’s great for them to get some time apart. Colt and Payton are only 11 months apart in age so it’s literally always been Colt and Payton, Colt and Payton. Never just Colt or just Payton. Ya know? This night really gave me a chance to just know Payton for Payton! Plus it worked out that Casey and Jordan had Colt over and I know they LOVED that one on one time with him too!!! I know that Kye and Colt can have sleepovers forever since they are both boys so I’m glad we went ahead and had Payton over now!

The kids were SO excited! I told Kye all about what sleepovers included: movies, popcorn, and staying up late telling secrets of course 🙂 When Payton got there we got the movie watching rolling and I popped them all their own little bowls of popcorn. Kye lead the way with the planning and had everyone pick out some “friends” to watch with them. I thought it was so cute that Payton really loved the Simba we have because it was mine from back when the movie originally came out 😉 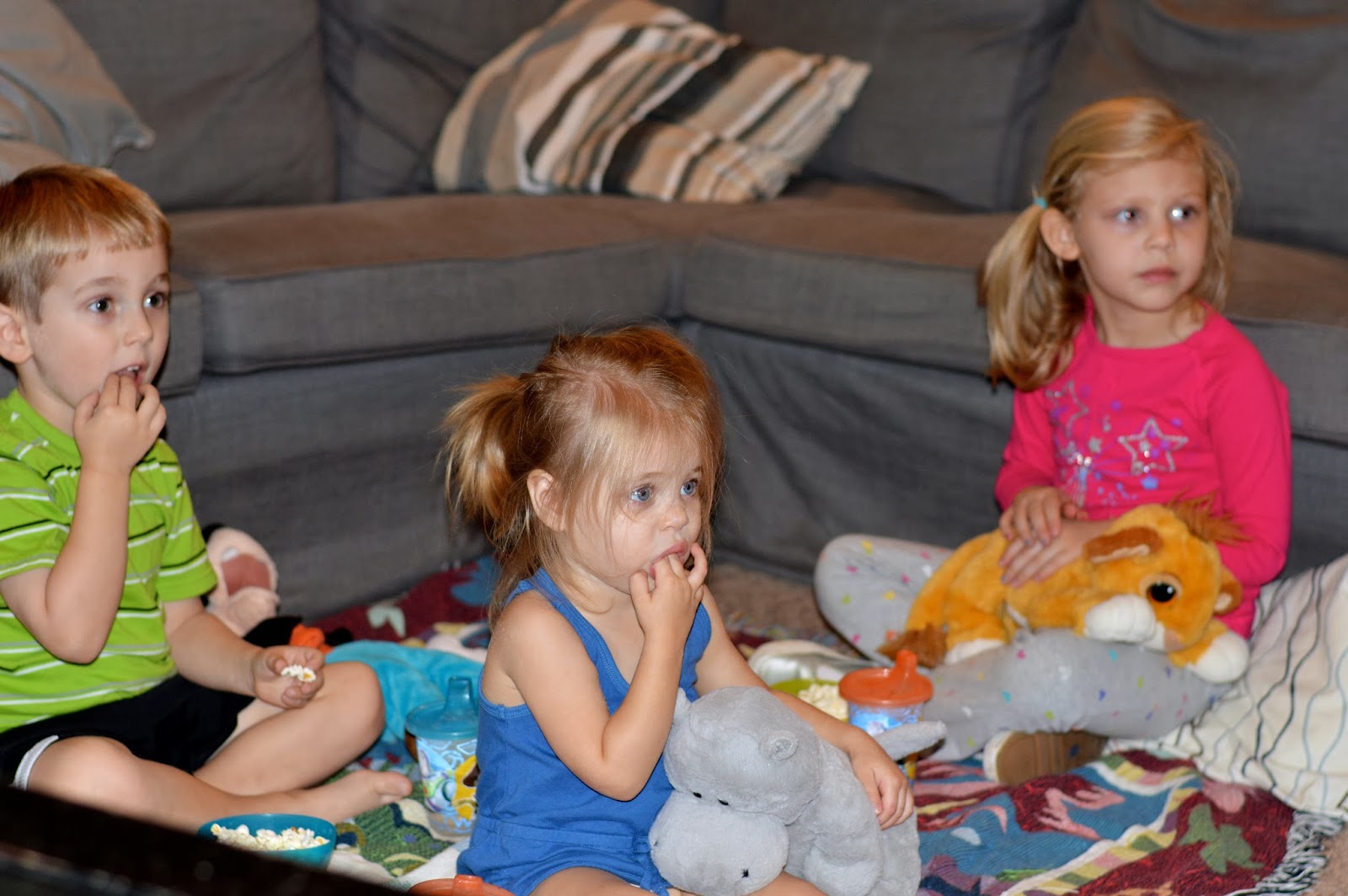 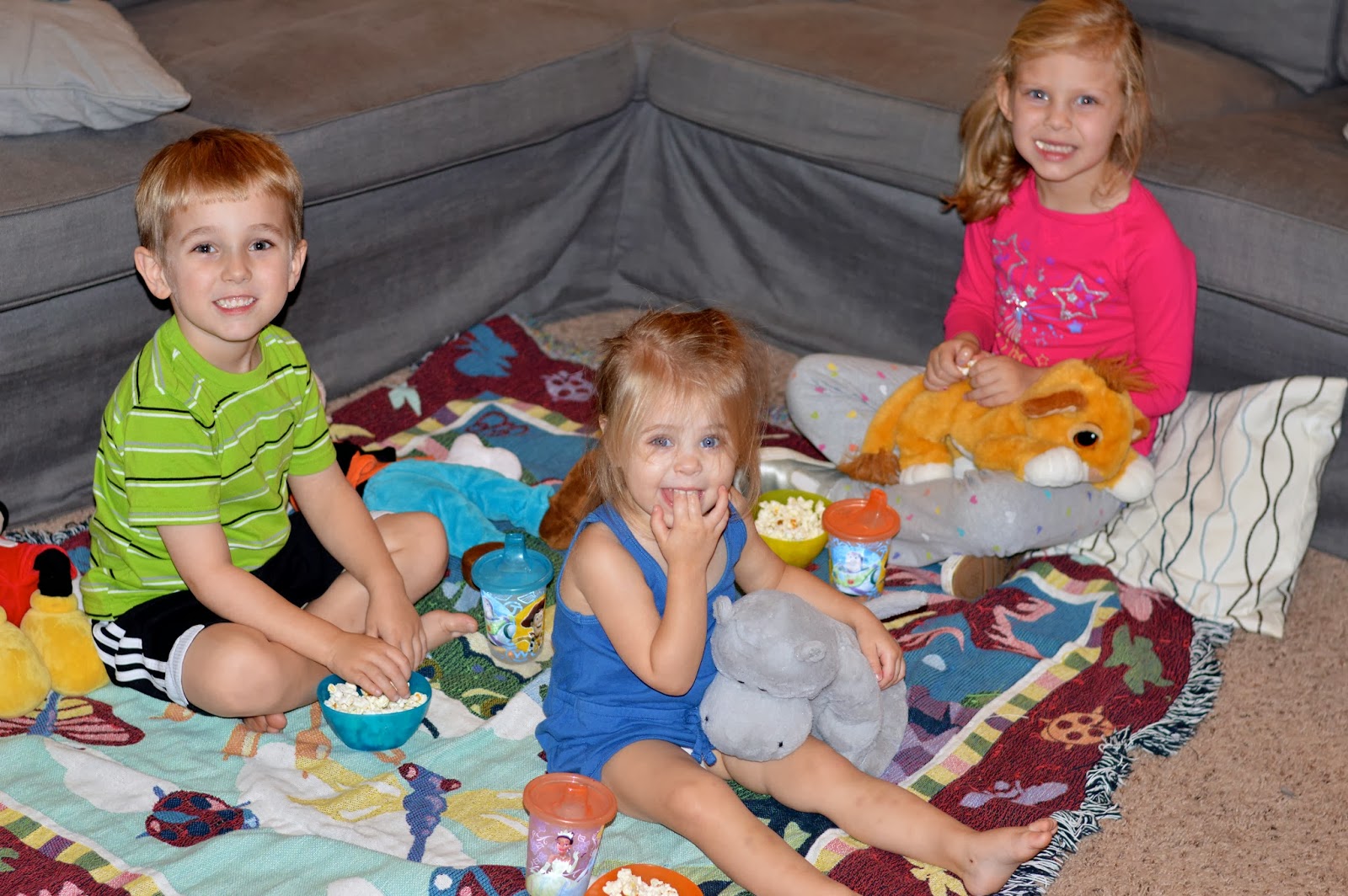 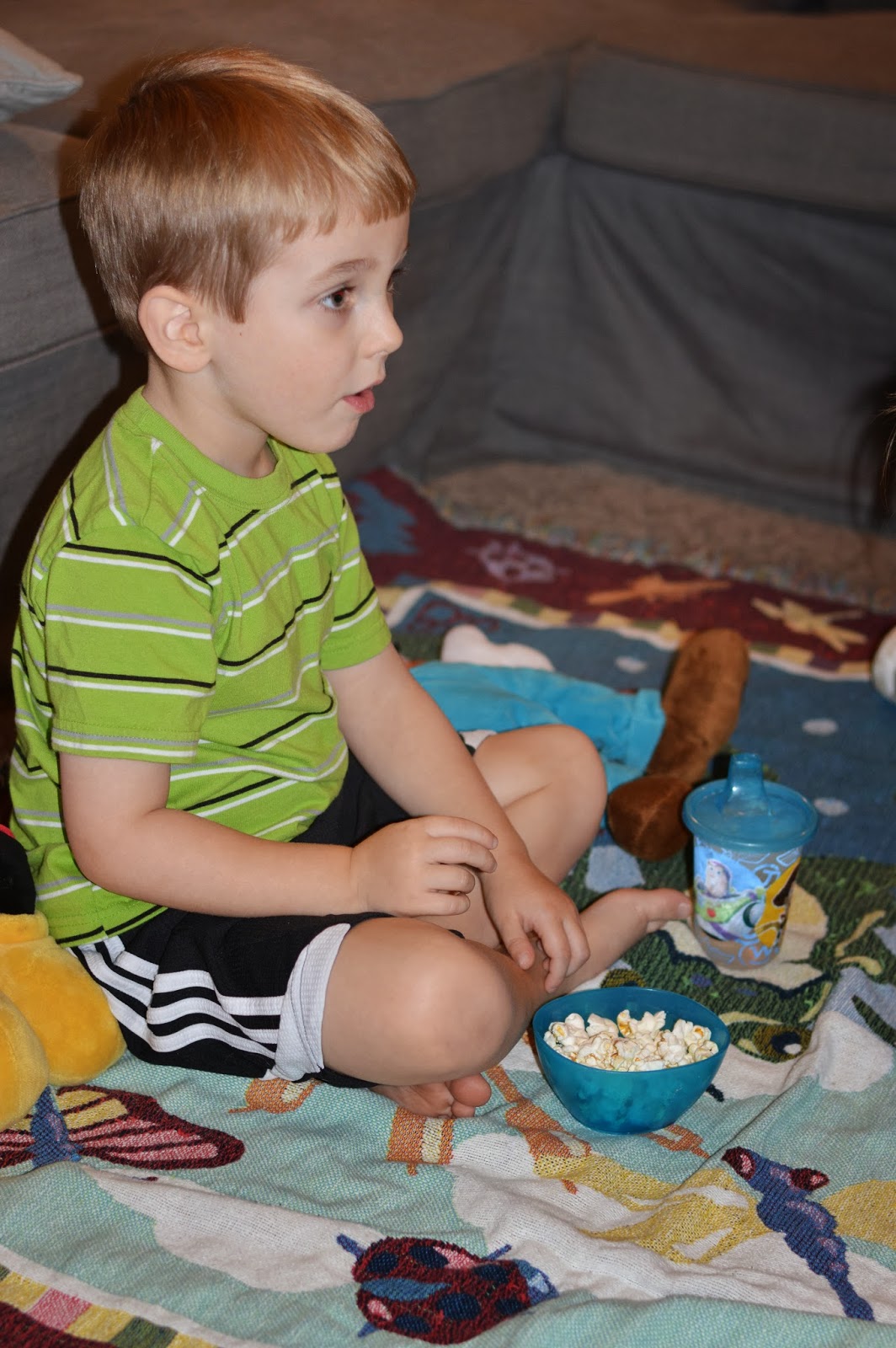 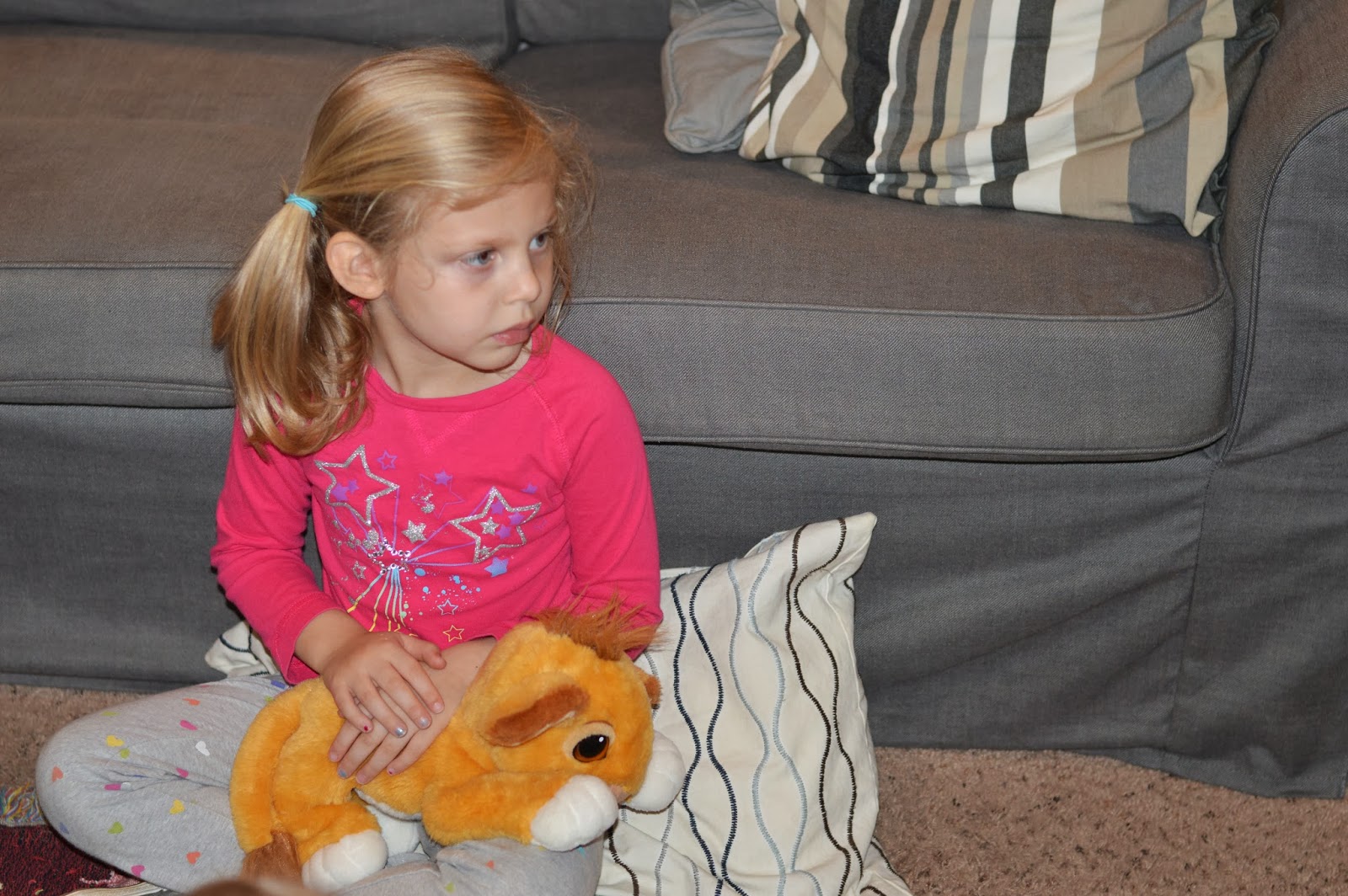 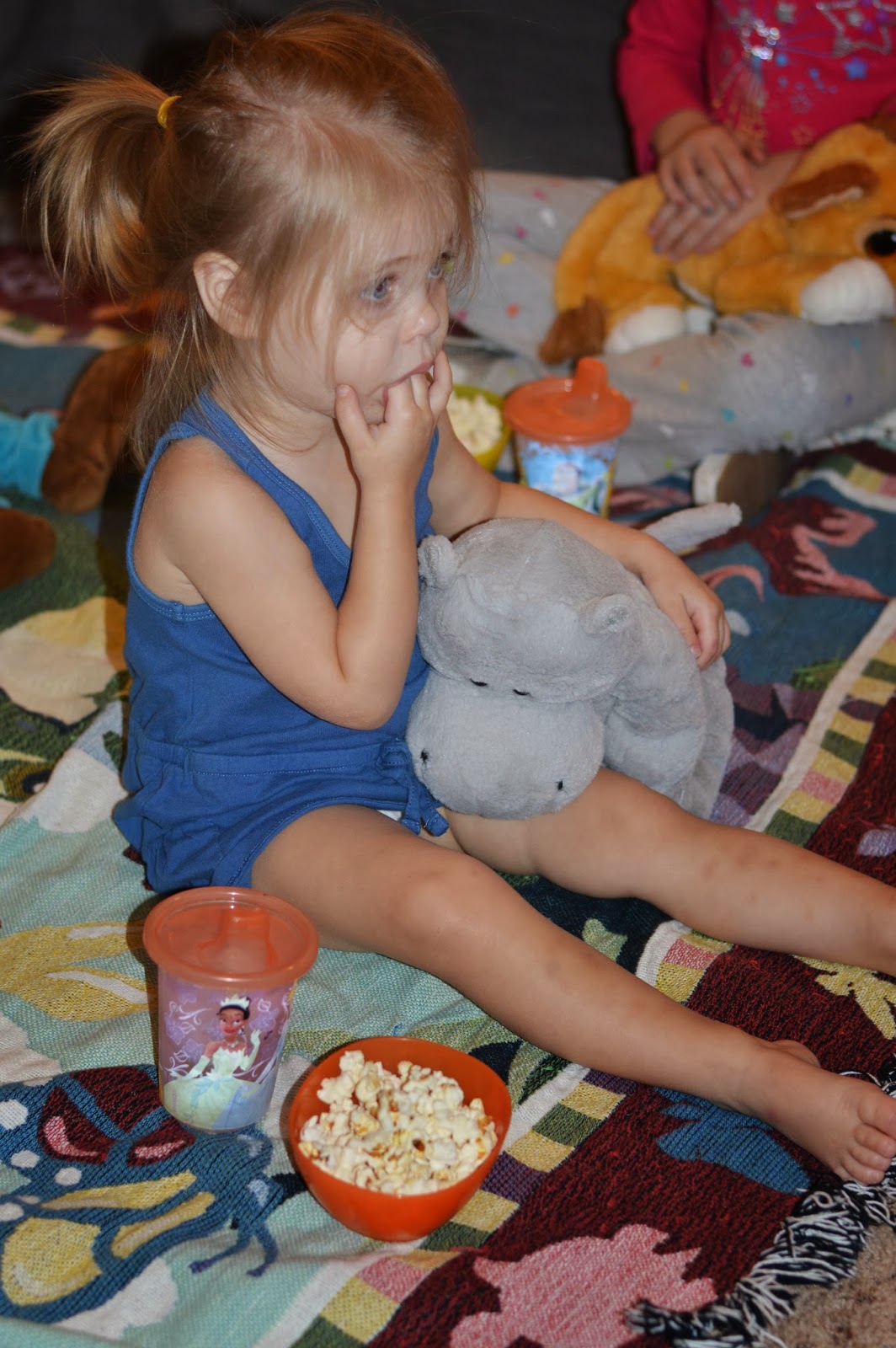 For dinner I made these AMAZING pizza roll up things I found a recipe for. My kids love pizza and I knew it’d be a big hit for the sleepover night! I also made them smoothies and was shocked that Payton even liked it (b/c yall know me and my smoothies…I mix in ALL kinds of healthy stuff!) 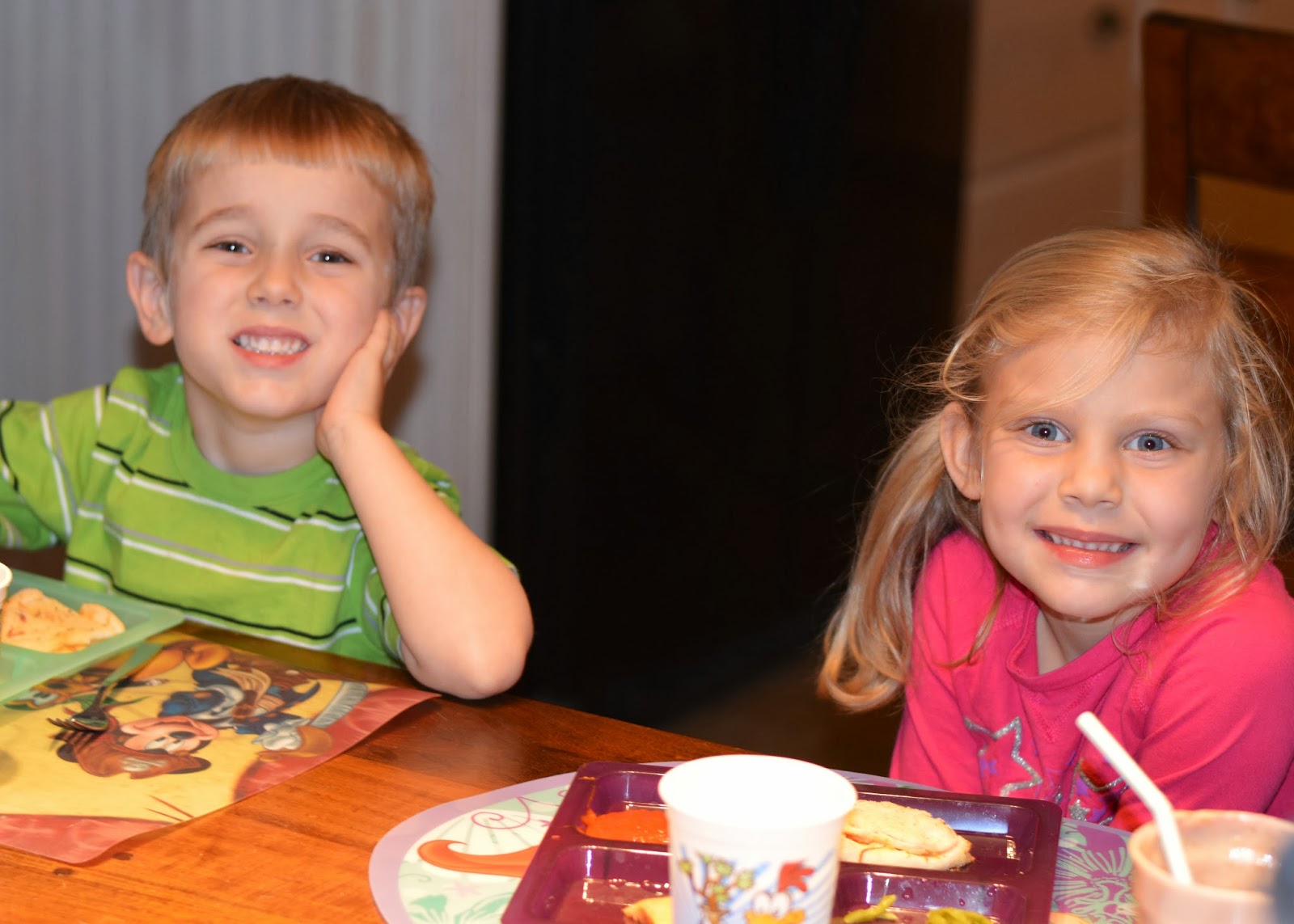 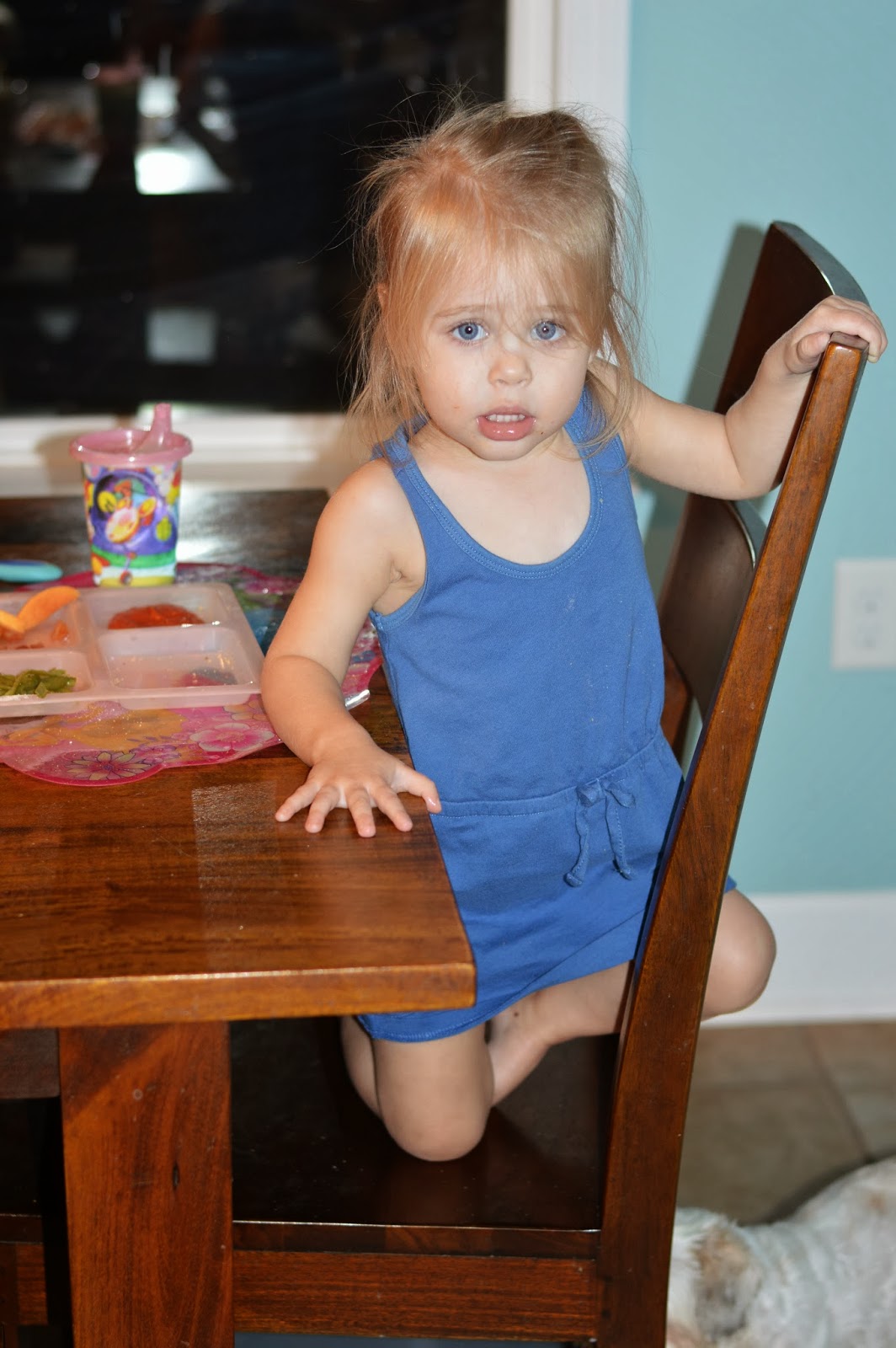 I decided to skip baths that night. Bathing the kids wears me OUT, especially when pregnant. It’s always a “Daddy duty” and when he travels I often will skip it. Plus with Payton there I didn’t know exactly what was appropriate and probably would have had the girls bathe together then Kye bathe solo and that would have caused some hurt feelings I’m sure!!!

Instead of baths the kids had fun putting on shows for me! The older ones did a really good job including Britt in everything they did. I was proud of that! 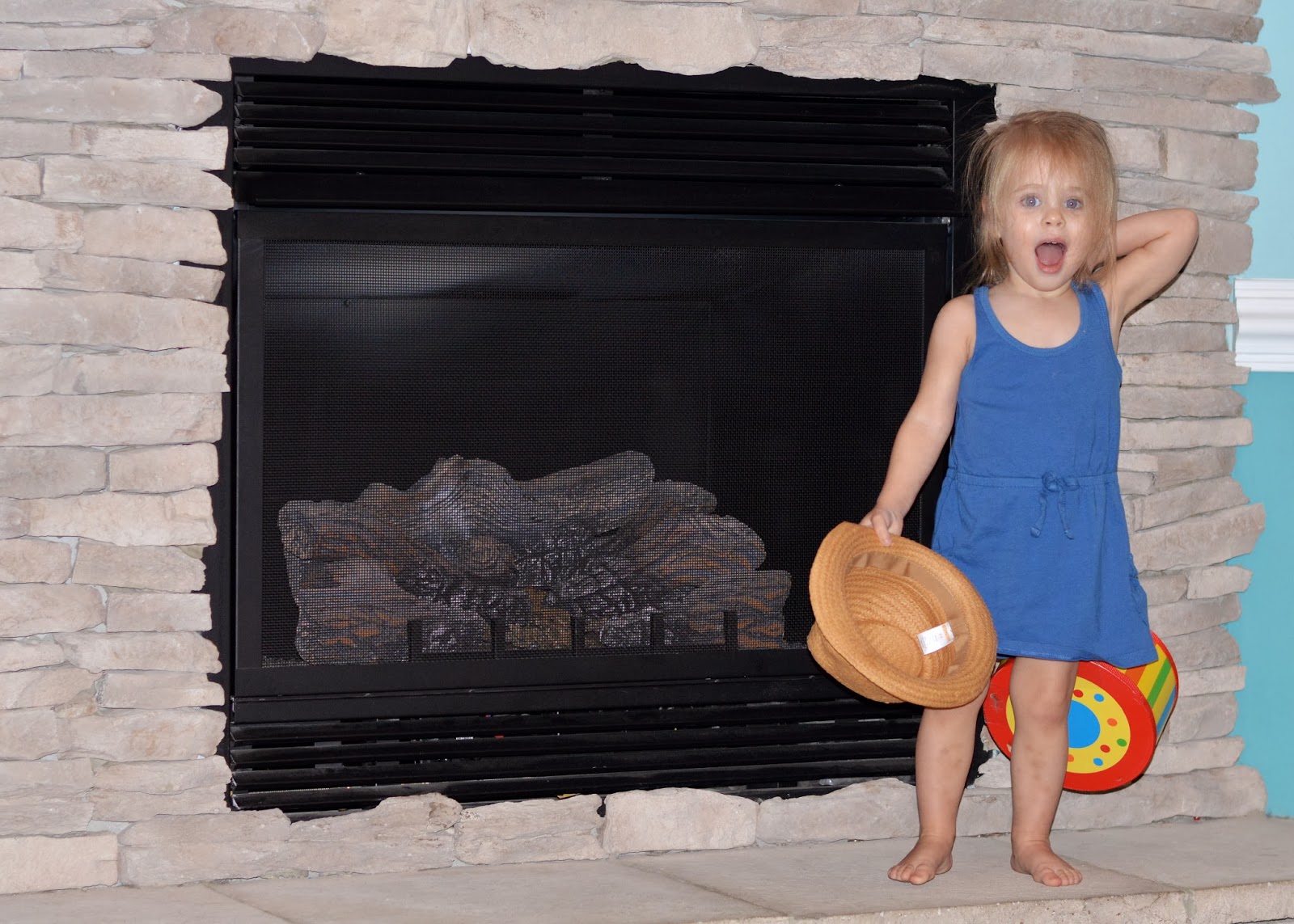 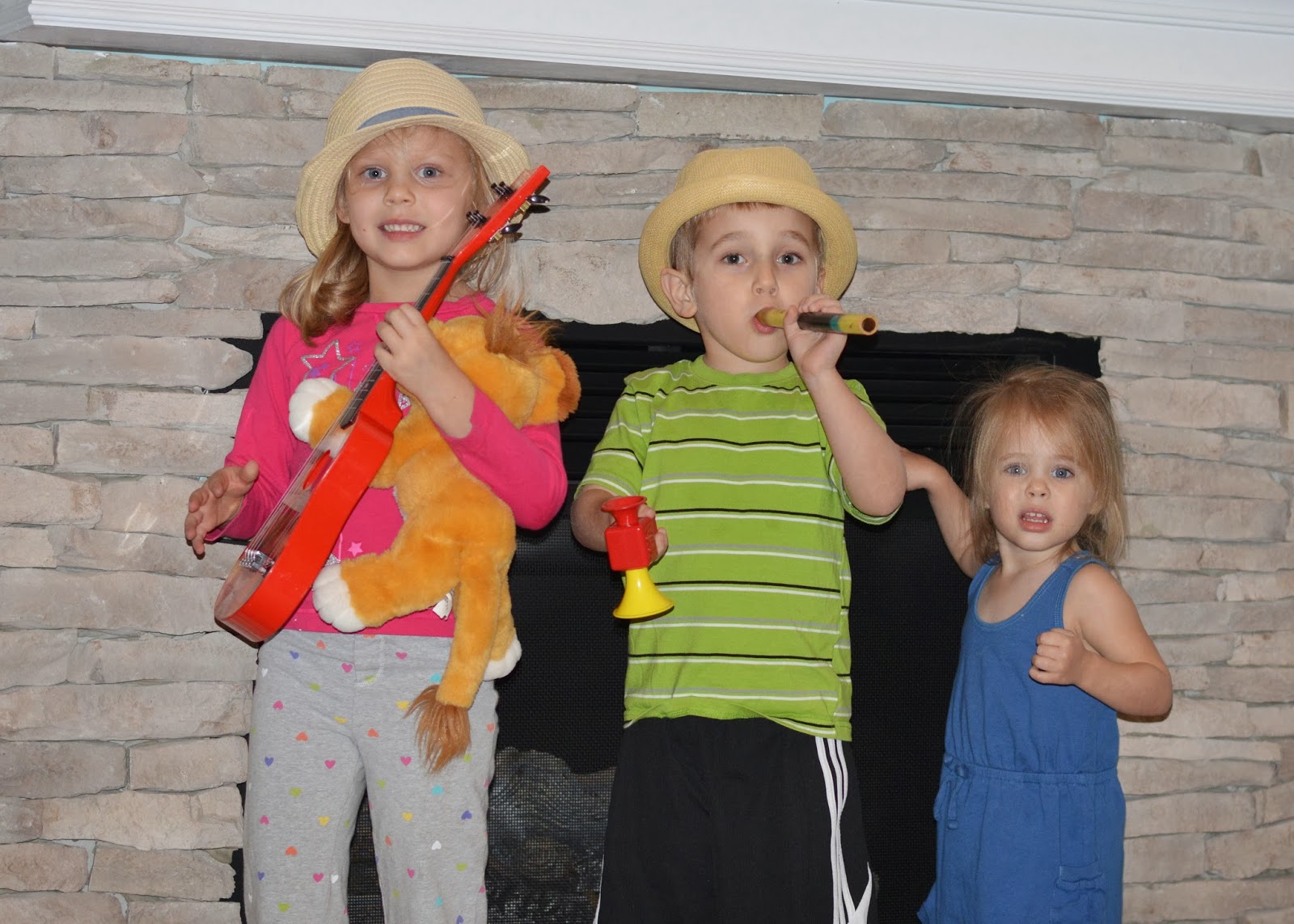 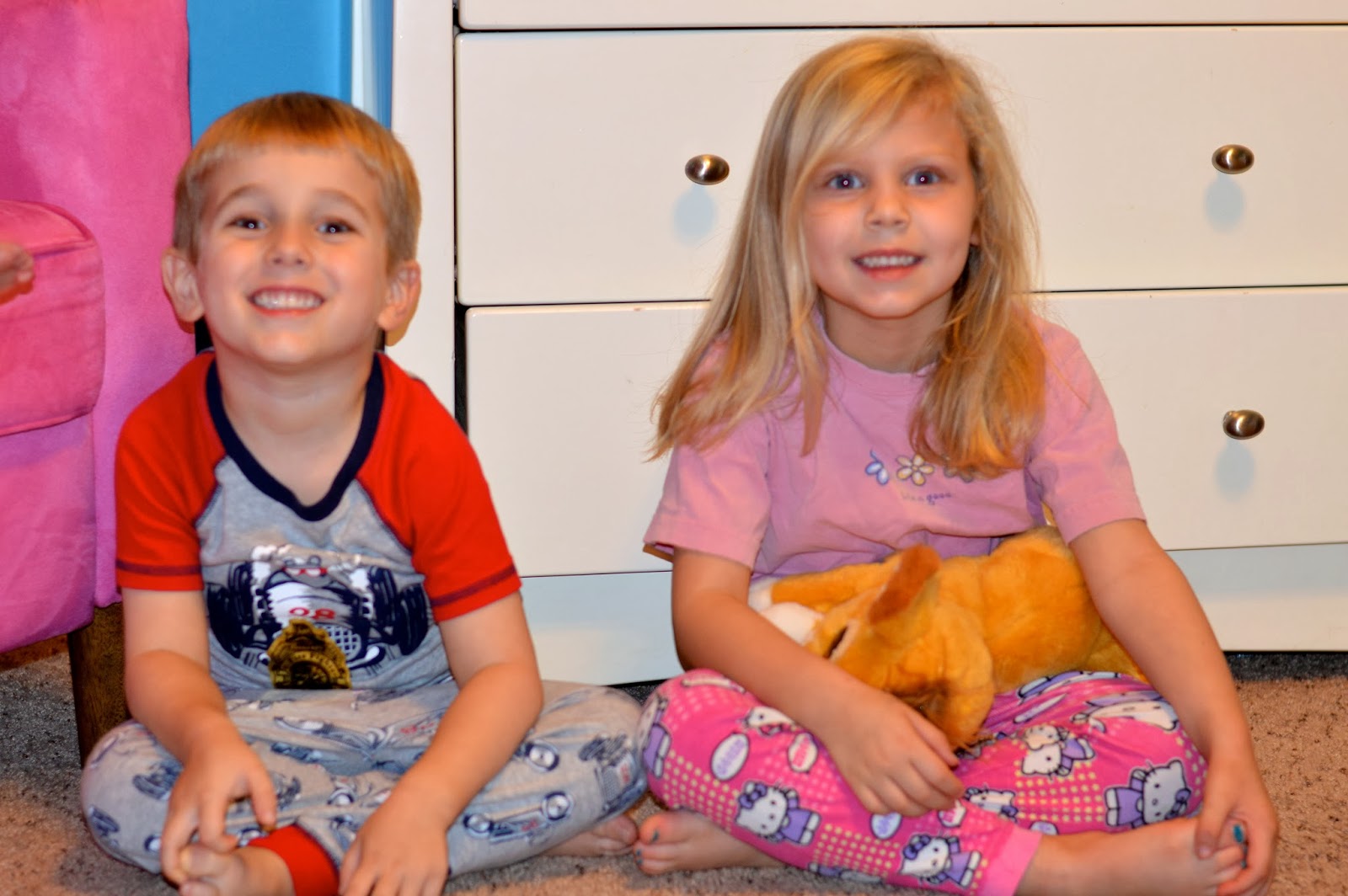 Check out that posin’ 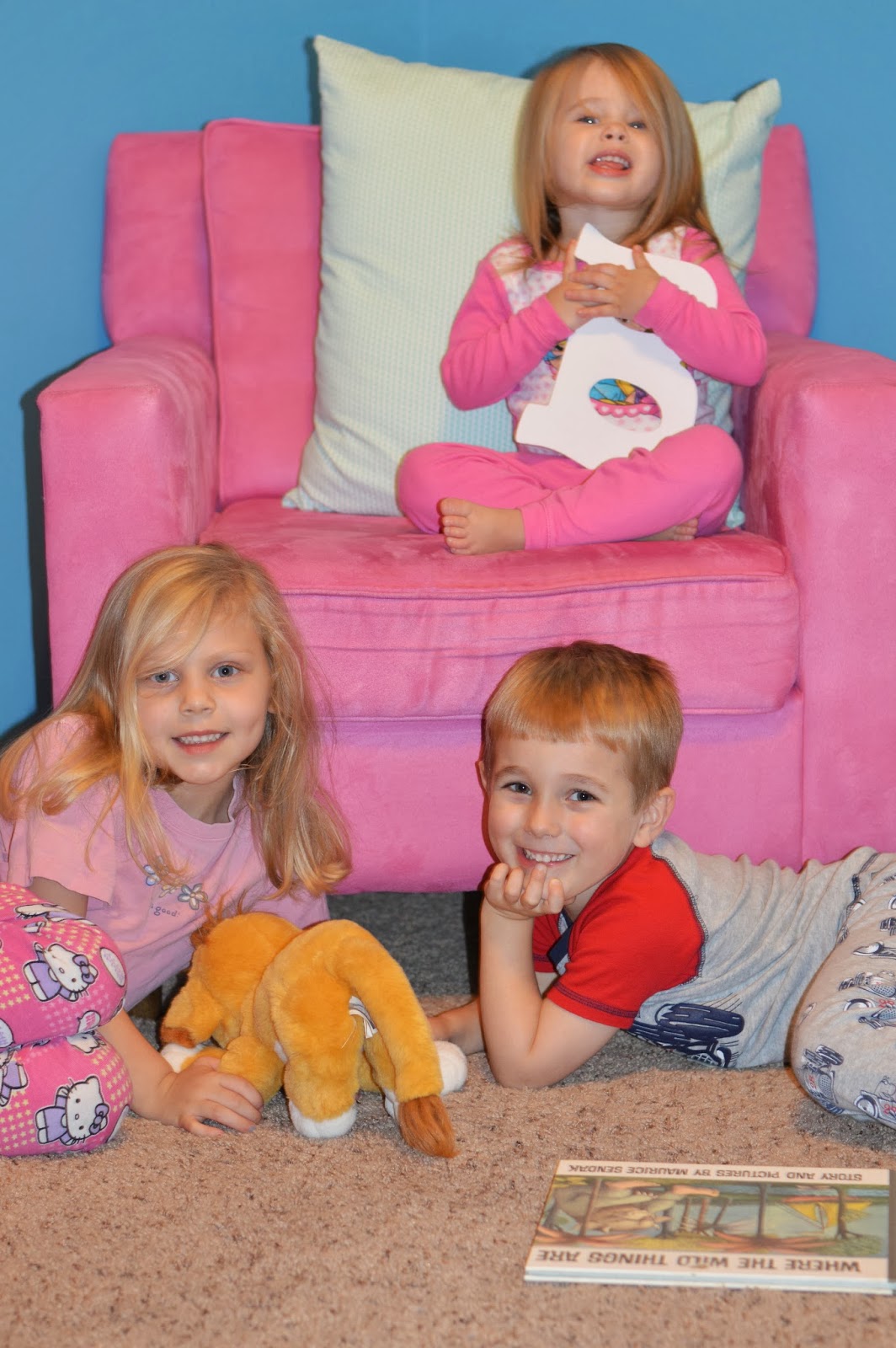 Haha Kye ALWAYS has his pose ready to go! 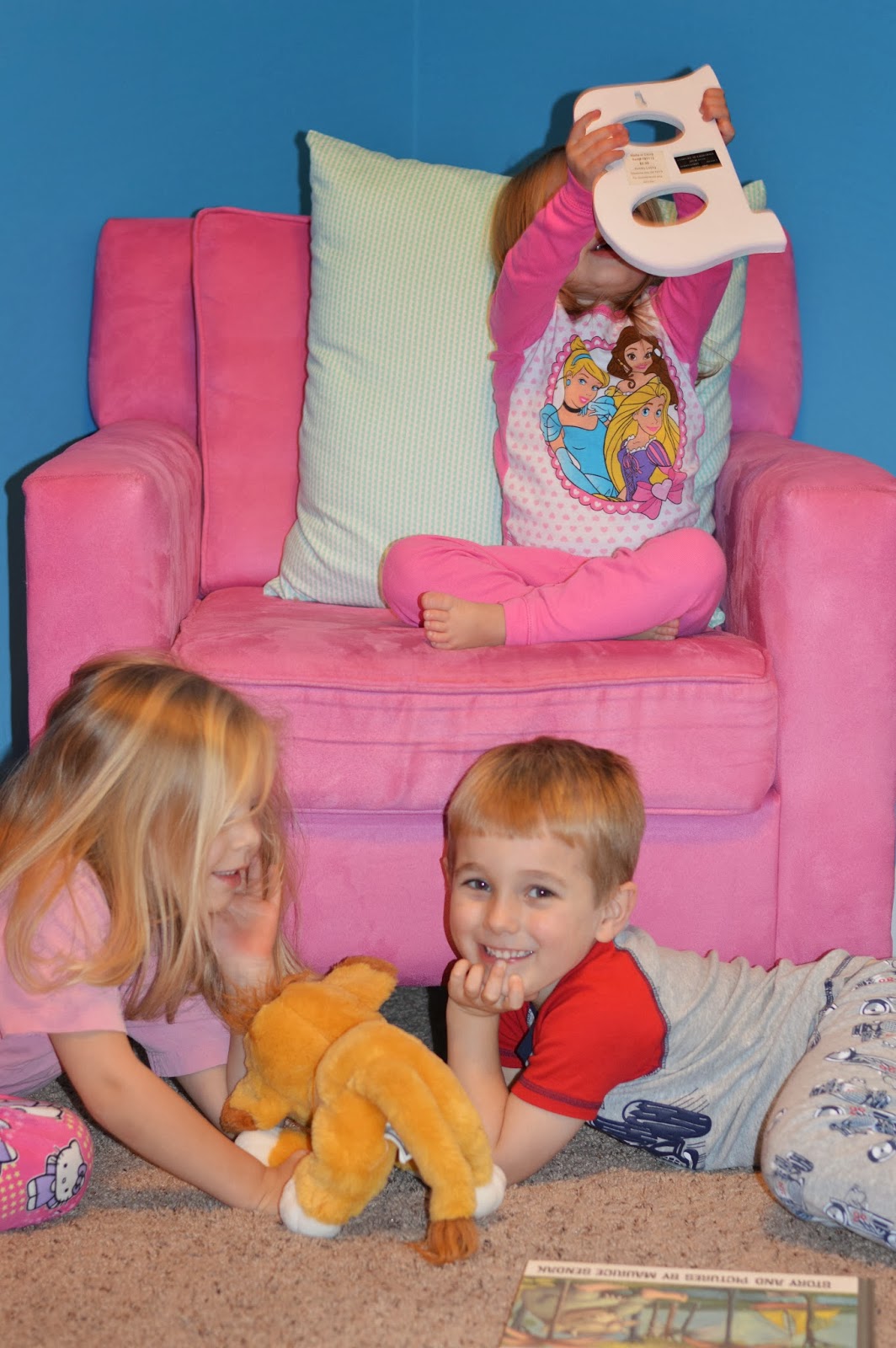 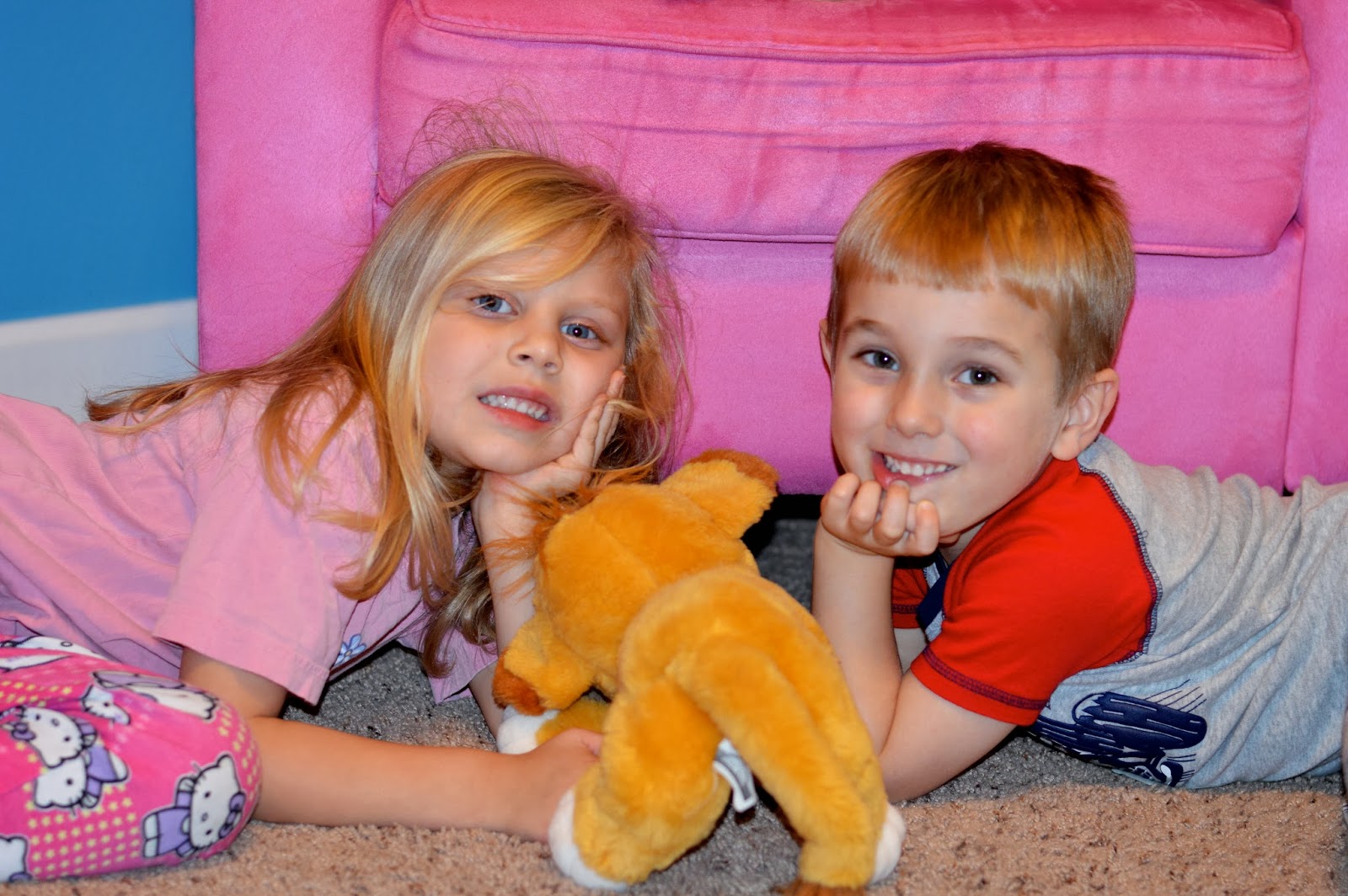 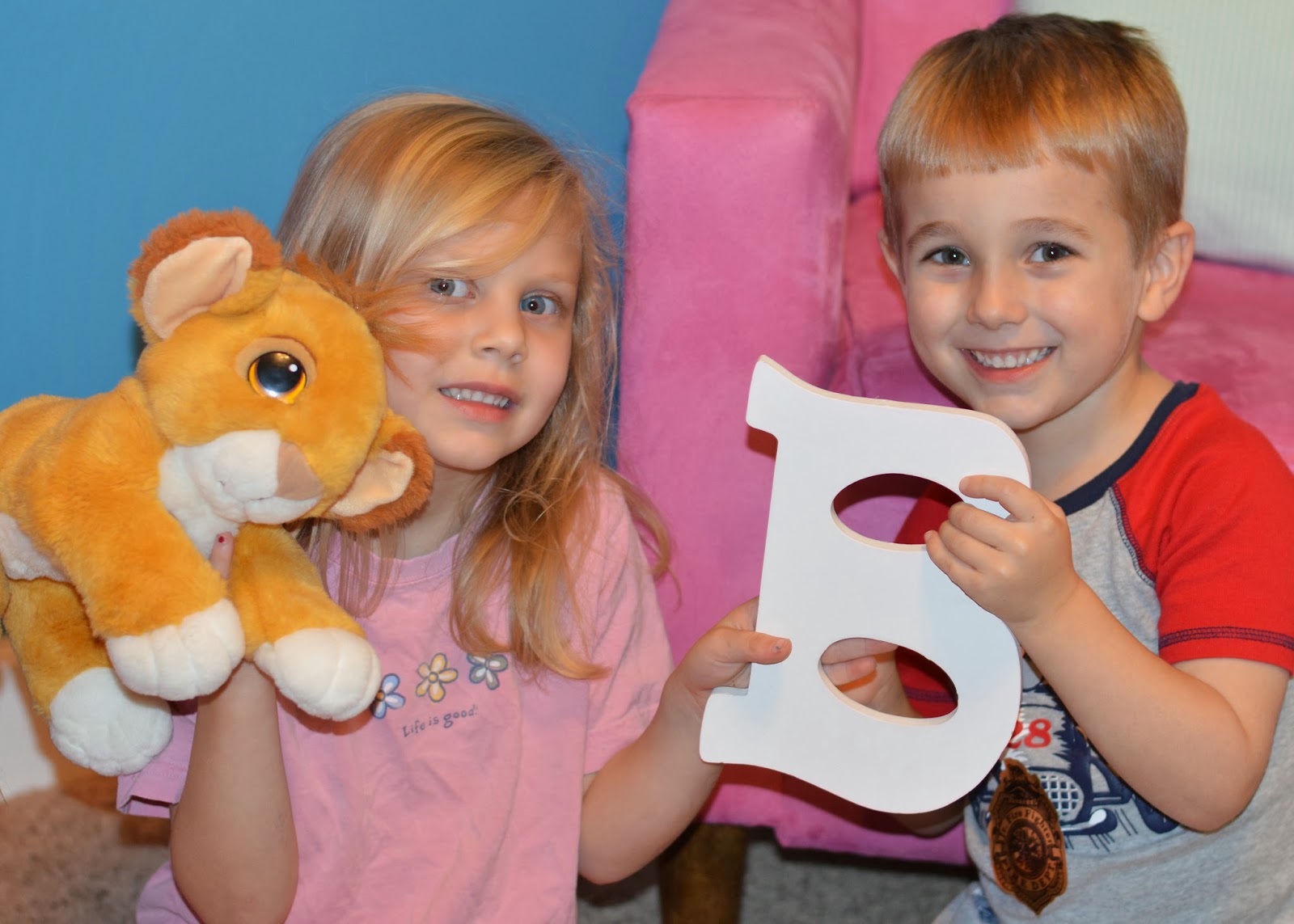 Britt was SUPER upset to have to go to bed which made me feel bad for her. She kept calling for Payton! Once she was settled the big kids got to pick a game. Payton had never played Go Fish before so we taught her the ropes and it was SO fun!!! I loved having TWO precious four year olds to play a game with 🙂 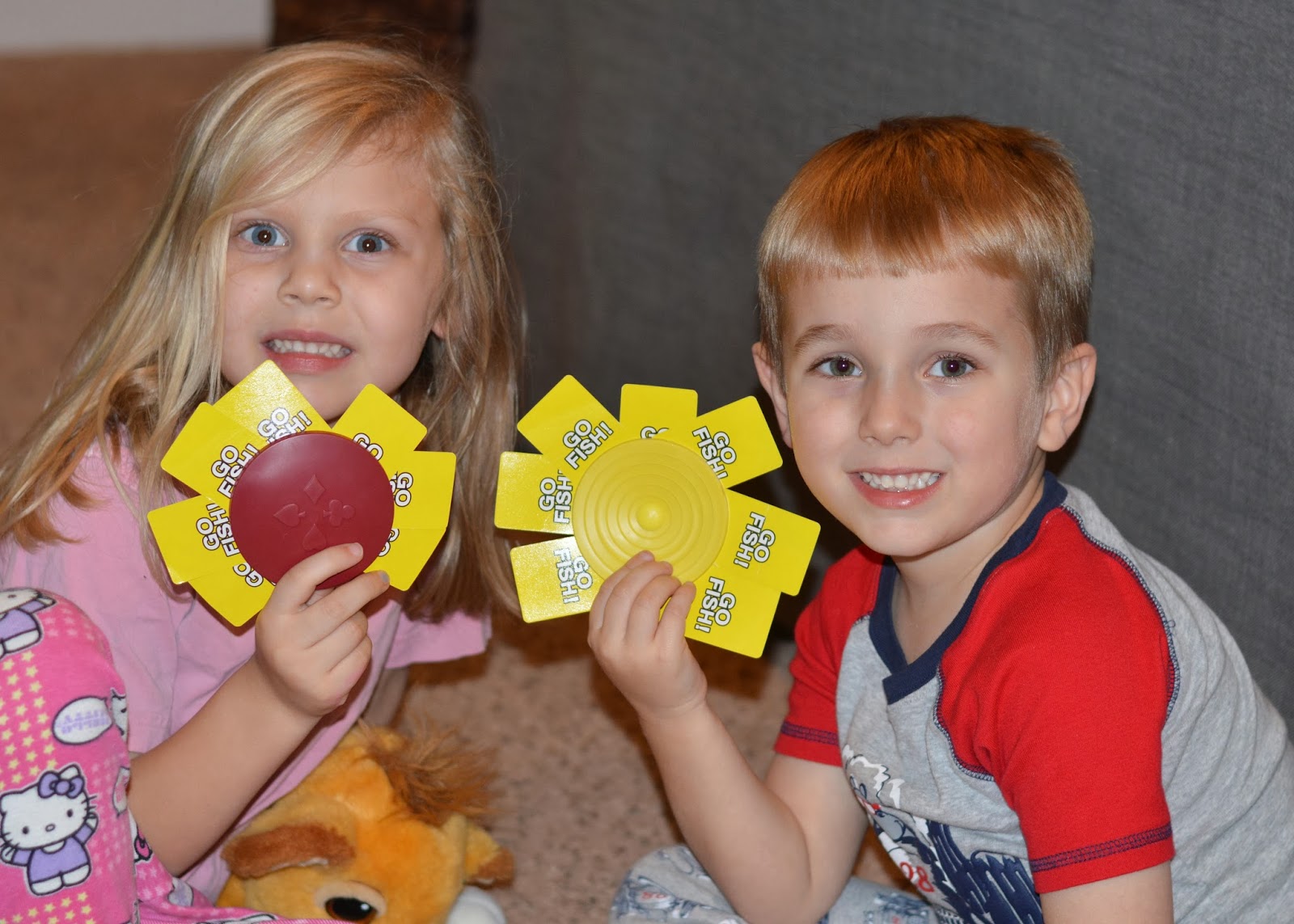 I know this is shocking but I was super mega cool mom that night. Not only did I let Payton and Kye sleep in the same bed but I also let them sleep with 1 million stuffed animals. I talked to Courtney before Payton came over about what she felt comfortable with regarding sleeping arrangements and we agreed that they are young enough where sharing a bed is okay for now. I’m sure here in the near future we’ll have them in same room/separate beds? How do yall handle co-ed sleepovers?

Kye is only ever allowed to sleep with TWO “friends” so the million friends situation was a special treat for sure. He couldn’t believe I was letting it happen and was so pumped to sleep together with Payton too! Don’t they look SO ALIKE in this picture? 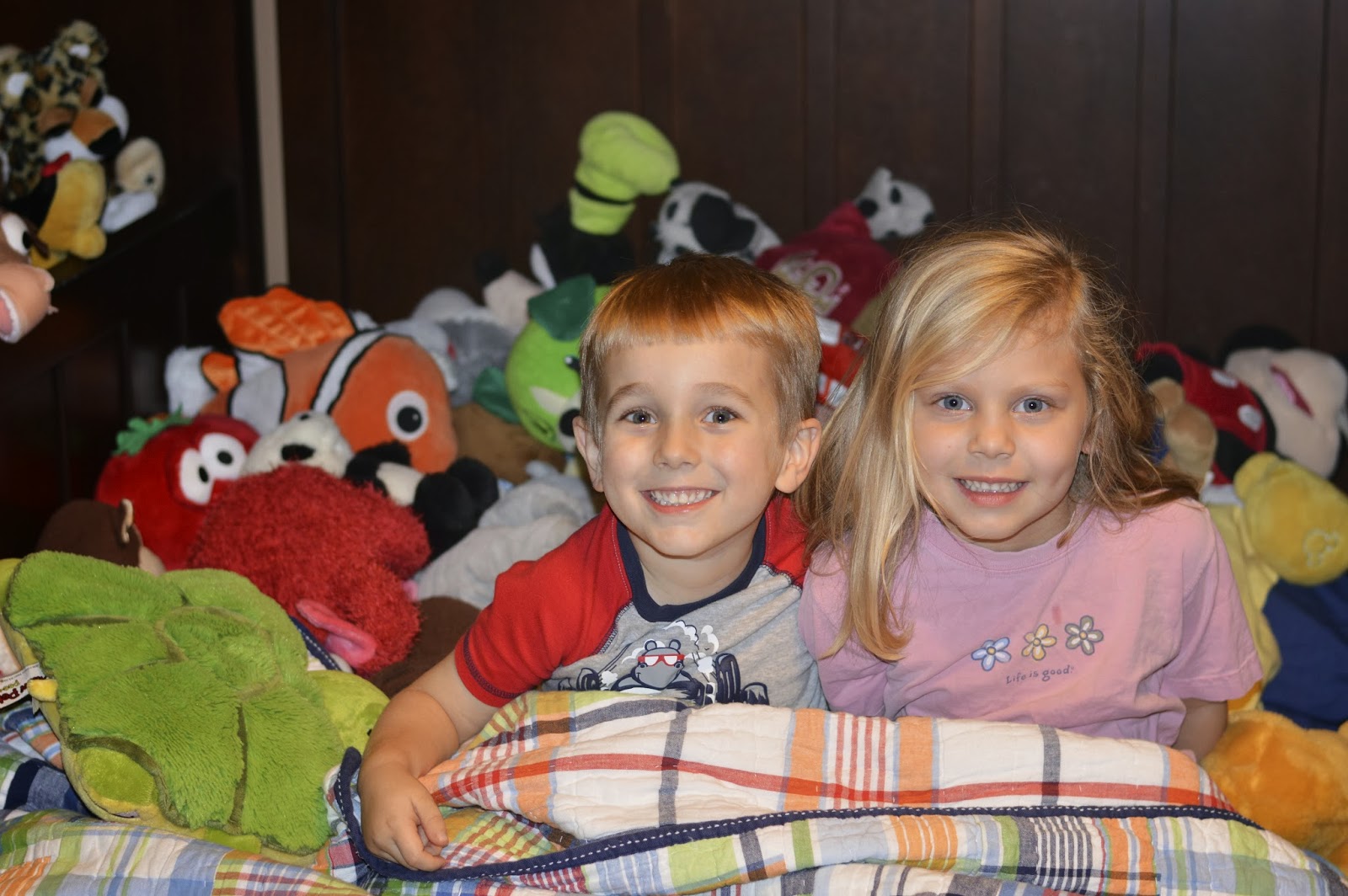 They went to bed great and had no issues! A couple times they called out and I went in and it was a problem with all the stuffed animals. I rearranged a few (the talking ones were going off haha) and I ended up scooting Kye over to one side of the bed and Payton over to the other so they could have more space. He pulled her hair at one point on accident haha!

I loved listening to them whisper over the monitor and they were both asleep before 9. They also slept in the next morning until 7:30! Awesome 🙂 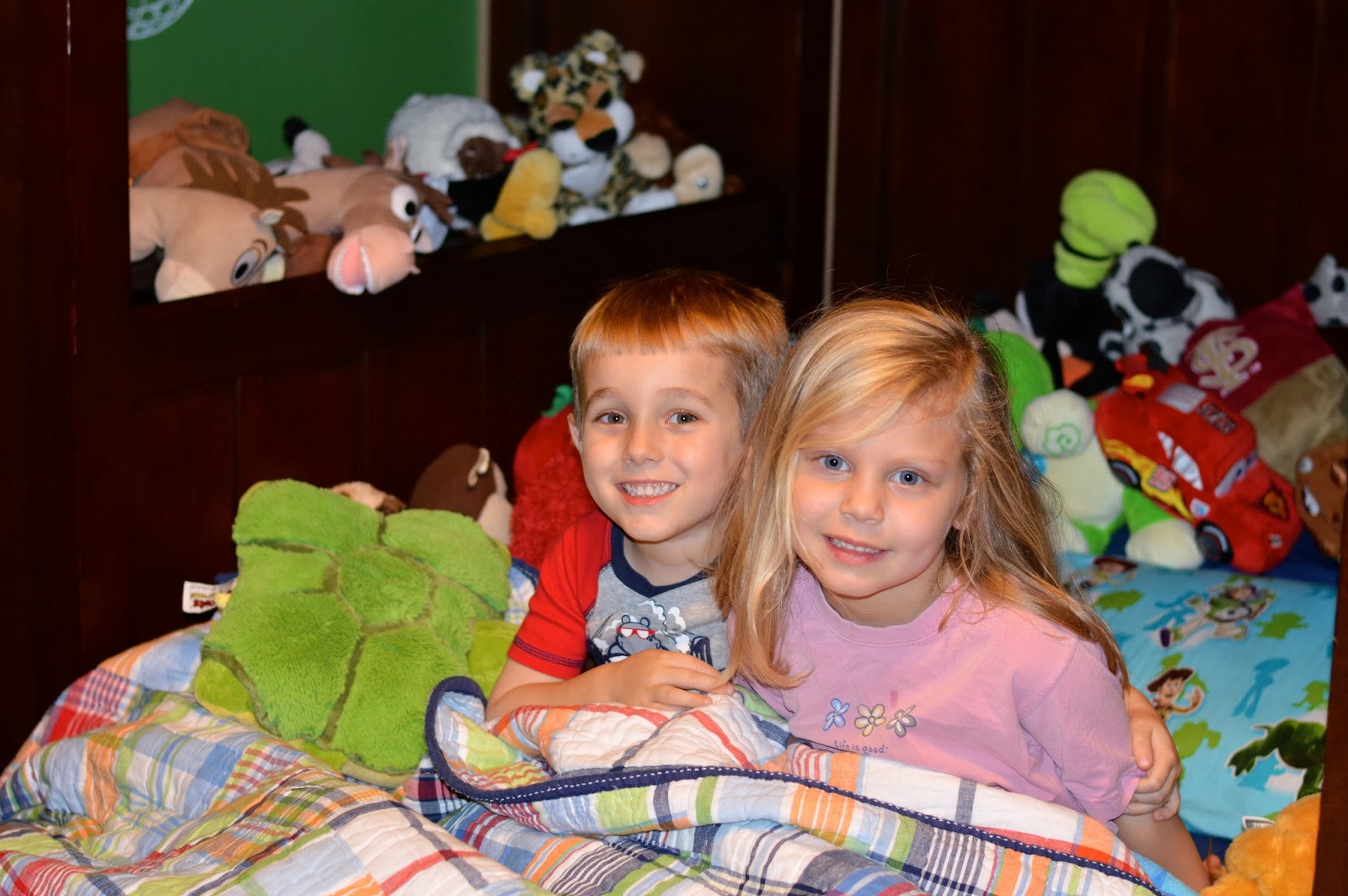 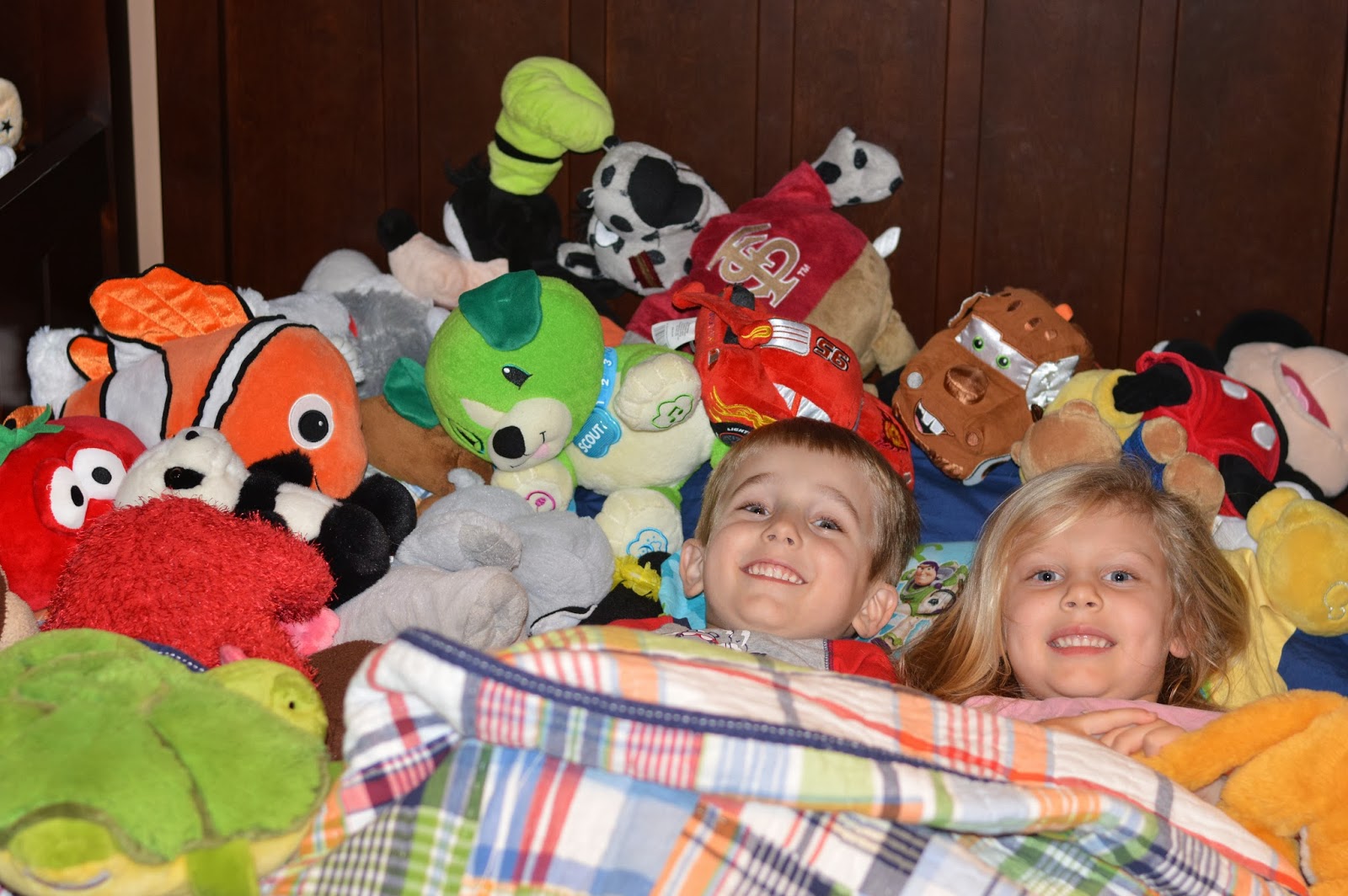 I really wanted to make sure Colt felt as included as possible so I suggested all of us meeting at Chick-Fil-A the next morning for breakfast. That way all the kids could play together and we could give Colt and Payton back to Courtney! Casey and Jordan said that Colt had a great night too so I’m glad everyone got to have fun!!! While in the playground area Kye and Payton really buddied up and it was SO ADORABLE how Colt and Britt played together. Colt is hardcore Britt’s favorite. She always talks about him and asks us to draw his picture all the time haha. She followed him around like a little puppy and he was so, so patient with her and helped her and protected her. So sweet 🙂 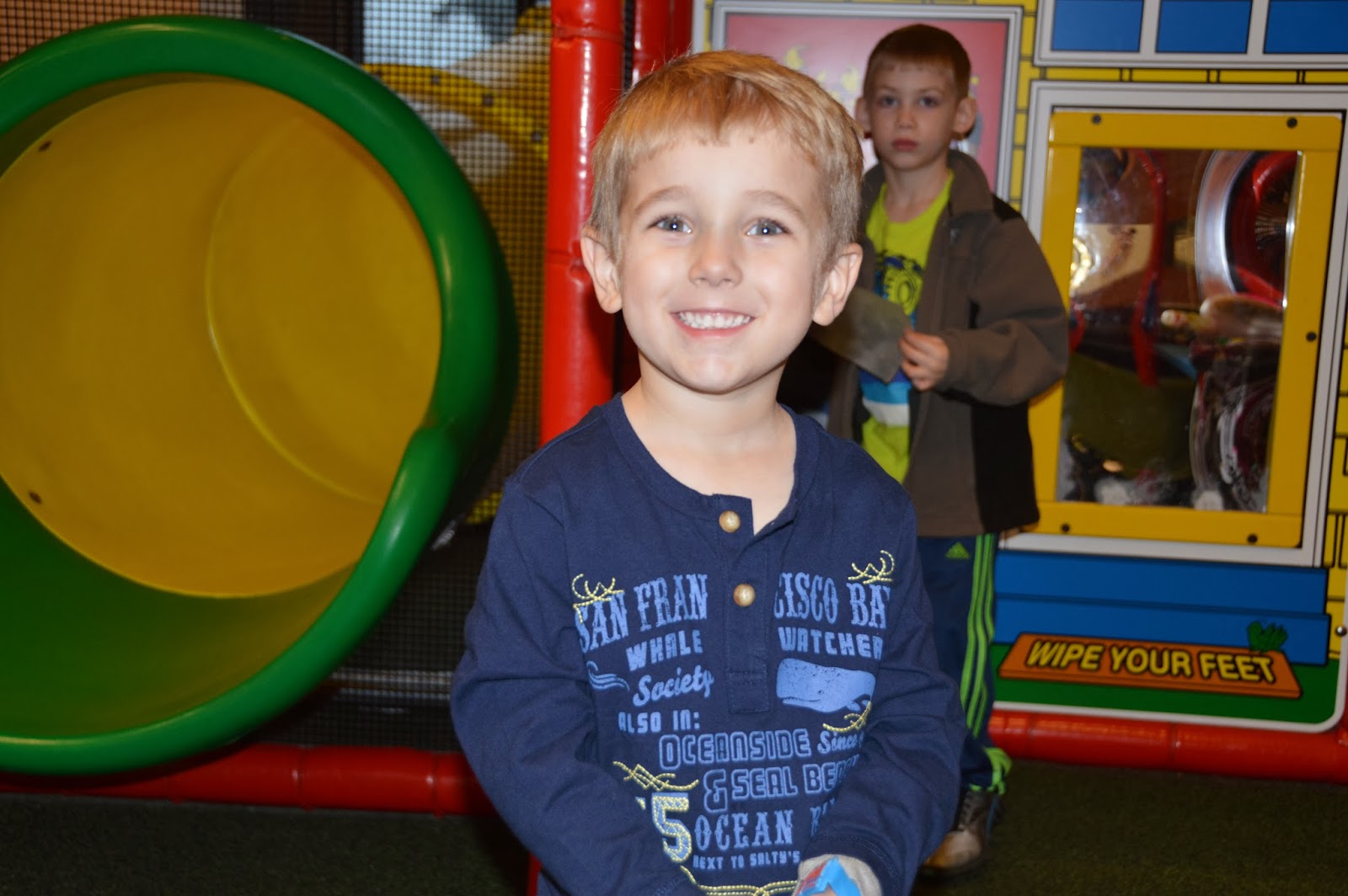 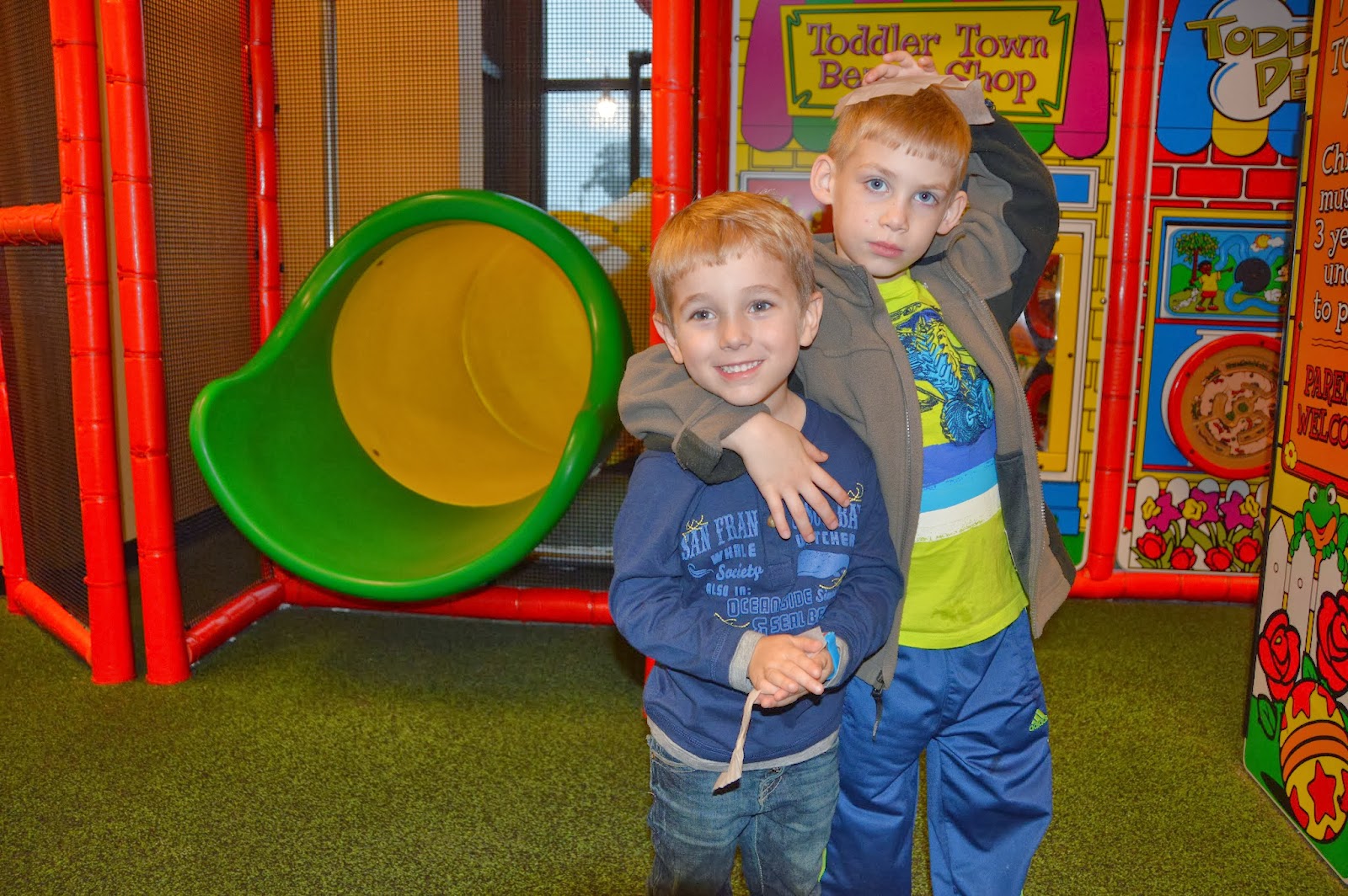 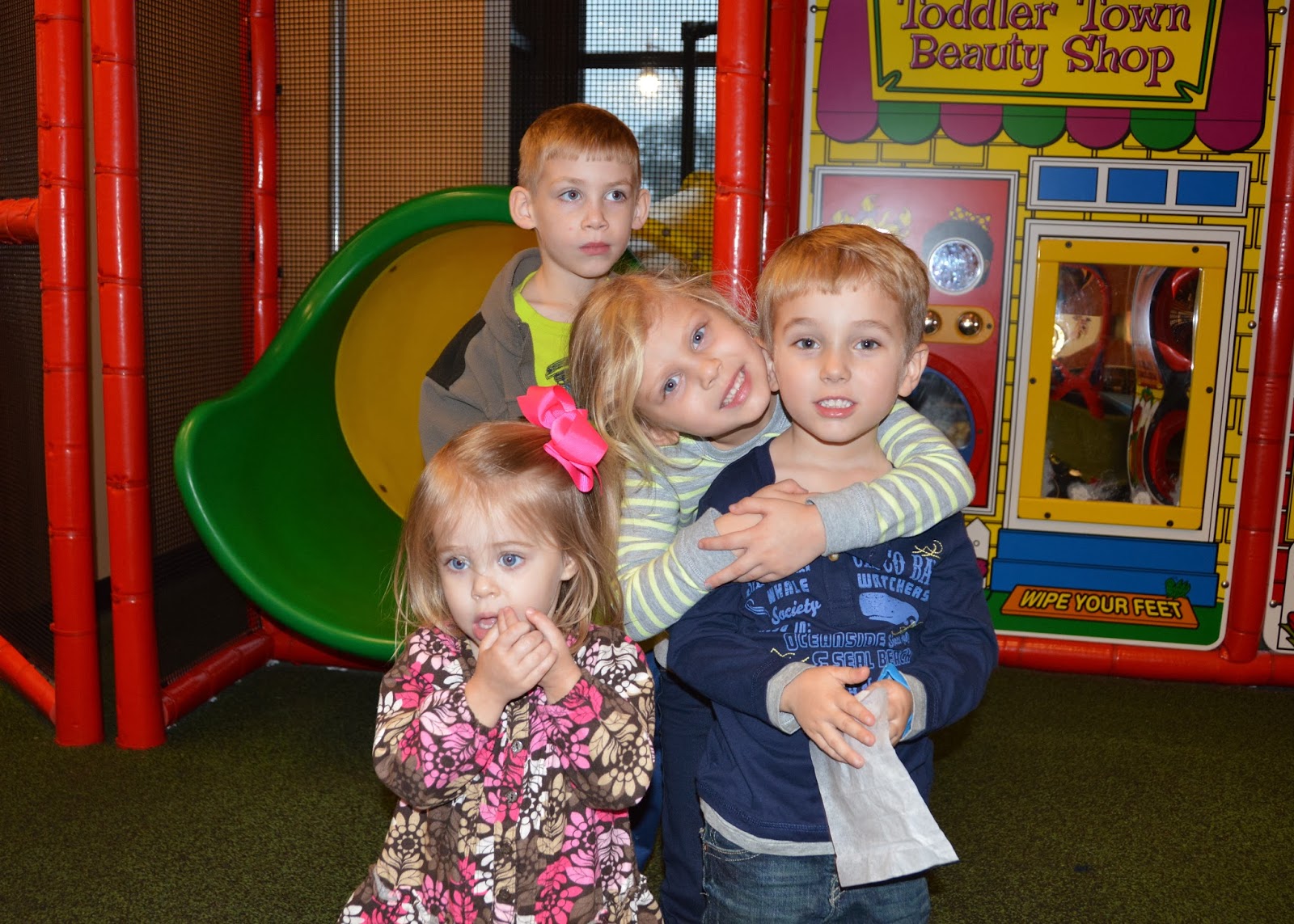 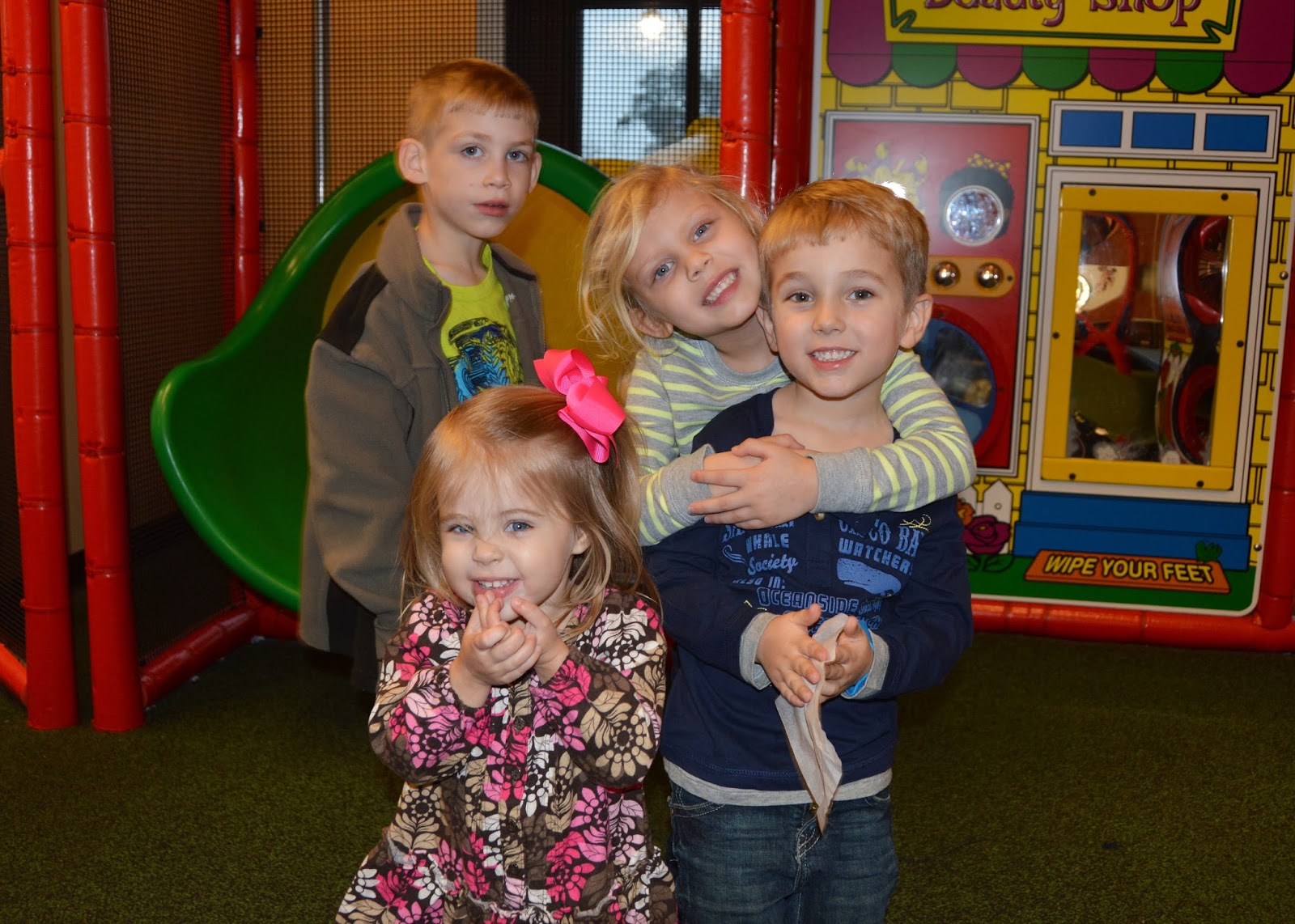 I’m sure this is the first of MANY sleepovers to come in our future! I’m so thankful that our kids have cousins so close in age (and that Leo will as well!). It really is such a blessing and it’s so much fun watching them all grow up together!!!