I have always known Kirk Cameron as Mike Seaver from the t.v. show Growing Pains. I wasn’t a HUGE fan of the show because I was a little young for it (I’m more a Saved By The Bell and Full House girl!).

Part of our trip with Aflac to San Diego included a Prayer Breakfast where Kirk Cameron was the speaker. This event turned out to be my FAVORITE thing that we did while visiting California! 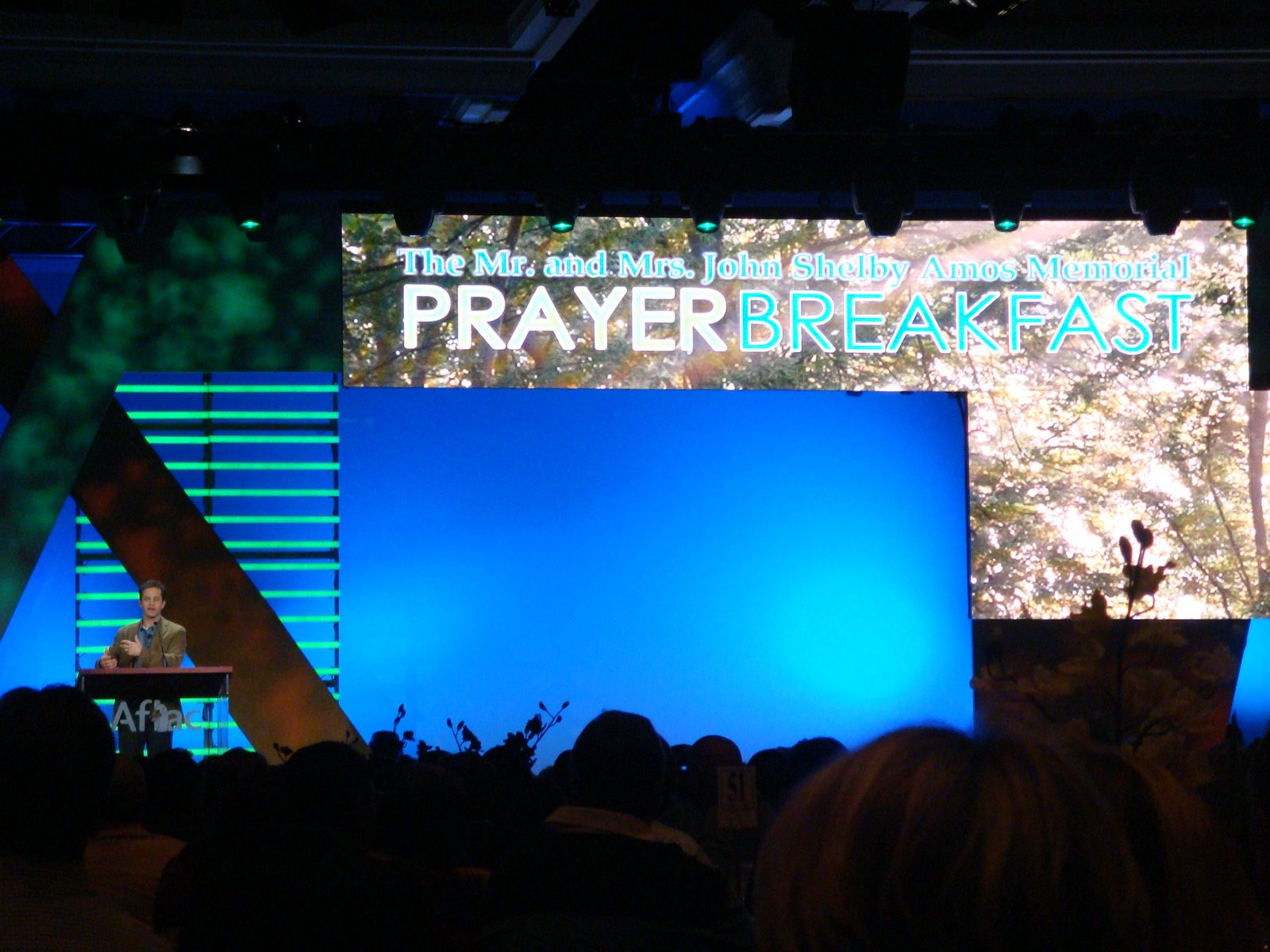 Kirk started out talking about his Growing Pains experience and did a little 60 second display of his character on the show, Mike Seaver (see the video at the bottom of this post!) He then quickly switched gears and talked about his latest movie, Fireproof. It is a Christian movie made in Albany, GA by the same people who did the football movie Facing the Giants.

I have been wanting to see Fireproof as it’s about marriage between Christians! He showed a trailer and while the acting didn’t look so awesome, the concept behind the movie seems worthwhile. He told us that everyone in the movie did it for FREE and the total budget for the film was only $500,000 (which he said no movie is made for under 2 million today!). The movie, although only released in under 900 theaters (compared to the 3,000+ theaters most movies go to), was #3 in the box office opening weekend.

He told us a little insider tip as well…he said he never kisses any woman other than his wife! Even for a movie roll! So the scene in Fireproof where he and his wife in the movie kiss they actually flew in his REAL wife to stand in and kiss him!!! 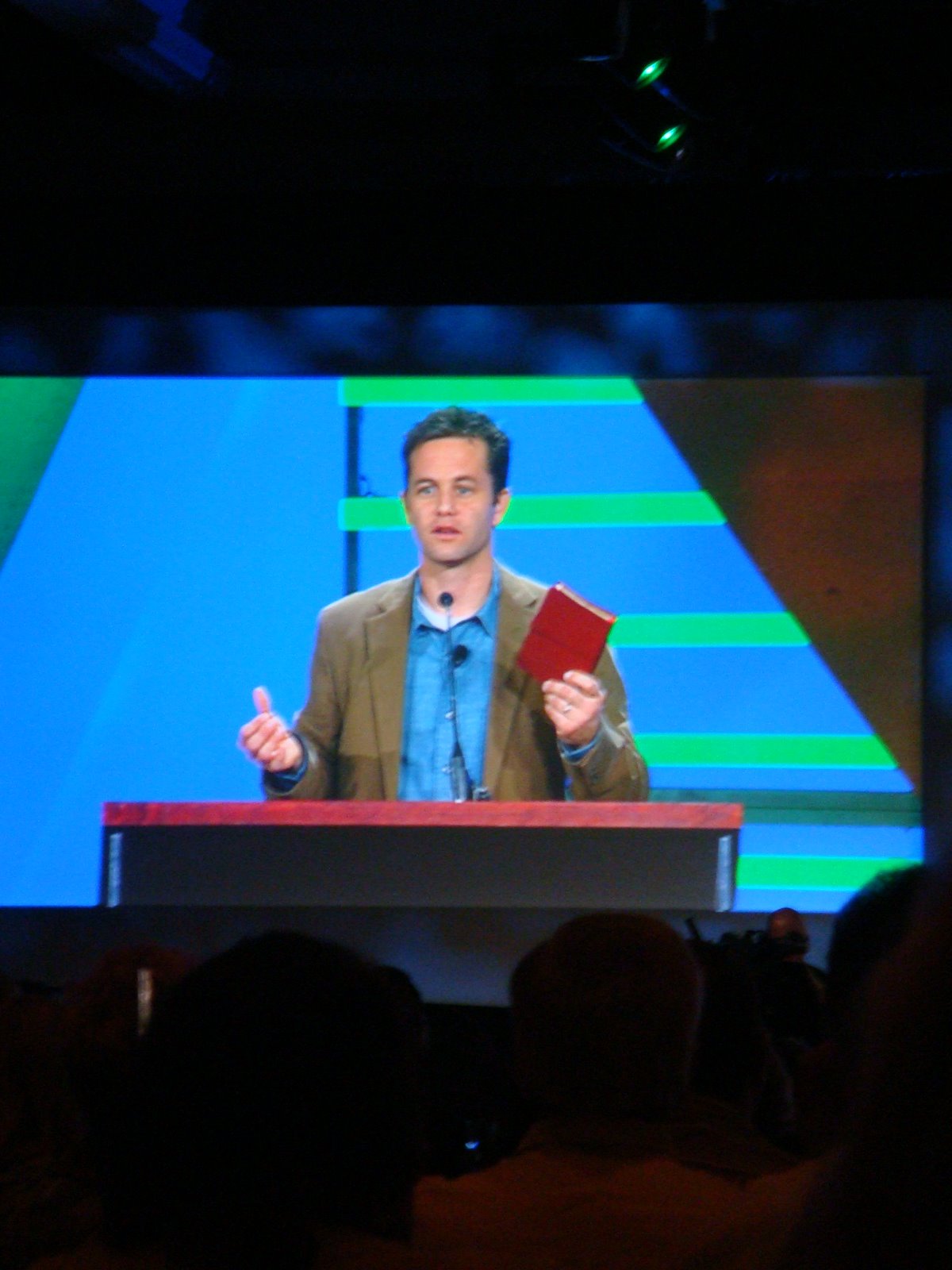 After telling us about the movie he then went on to tell us about his experience of becoming a Christian and this is where I gained so much respect for him. He was 17 and a huge teen heart throb when he went with a girl he liked to church. He talked about how he was so successful and that he didn’t see a need for God in his life when he already had it all!
But someone approached him about the 10 commandments and how they work as a mirror to see ourselves. He used his personal experience in becoming a Christian to preach to us! It was AWESOME and the room (probably around 800 people or more) was SILENT. He talked about lying, drinking, and sex outside of marriage! He even used my favorite go-to verse about even that lusting is committing adultery.
He told us about the Gospel and how to become a Christian! He pulled out his Bible and read God’s Word to the crowd! Is that not so inspiring? It made me think not only highly of him as a man but highly of the company we work for. Aflac paid for him to speak at that breakfast. They knew what he’d talk about and they hired him anyway! Not many companies would ever consider such a speaker! Who would want to risk offending people that work for them? It made me very proud that we can say we are part of such a company!
Kirk Cameron is an awesome individual who, at 17, did things that most people much much older and with much less fame and wealth would ever consider doing! He pretty much turned his back on a successful career to spread God’s Word. He got married young and has six children with his wife. He practices what he preaches and puts God first in all areas of his life. 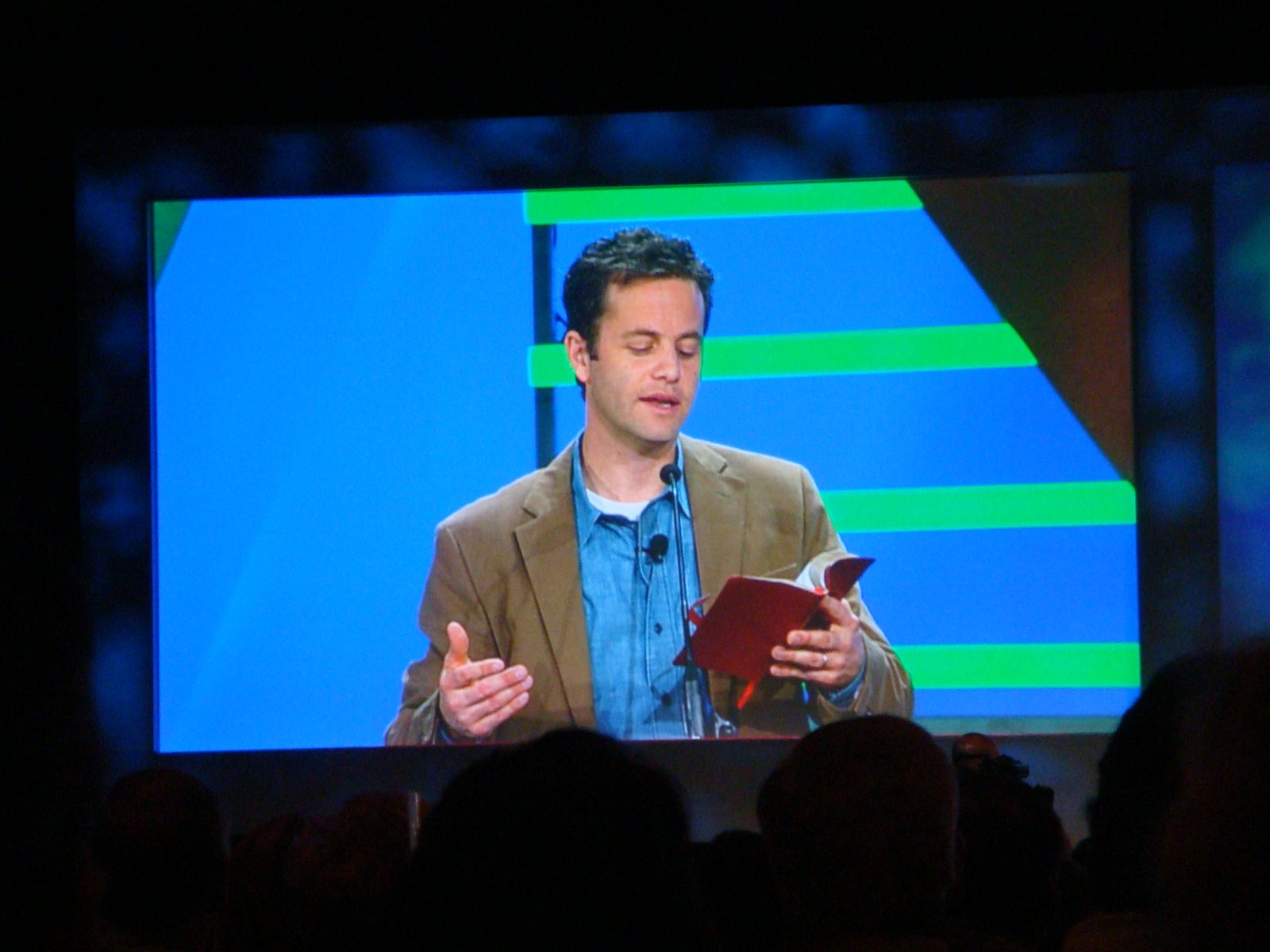 Zach and I plan on seeing the movie this Thursday and I can’t wait! They also have a book study to do at home between husband and wife which may be cool as well 🙂 I just wanted to share this experience with others as it really touched my life and made me think that if he could live his life so fully for the Lord then I have no excuse not to either!!!