When we got off the plane in Valdosta from the cruise Kye came RUNNING towards us!

Mrs. Charlotte brought him up to the airport to surprise us and it was SO sweet of her and such a wonderful surprise!

We got home on Thursday and Friday we had house stuff to do yet again (went that morning to pick out stone and then I had to go run around with the floor situation as I already posted on) and I felt bad that I wasn’t able to spend the quality time with Kye that I wanted to.

That night was a Lowndes High School football game and I just didn’t feel like going. My eye was still messed up and I was still so sleepy from the trip so Mom, Zach and I bathed Kye and Zach left during his bath.

While we were all in the master bathroom getting him ready for his bath I noticed that he started squatting down funny and walking towards the toilet.

I asked him if he wanted to sit on the potty and just sat him down on it (his first time ever) and he went BOTH pee and poop!!! Are you kidding me?!?!

It was totally unplanned and such a shocker! How did he figure out how to do that? Sure Zach and I have always made it a point to use the bathroom in front of him and talk about going to the bathroom in the toilet.

And yeah, prior to the cruise, I had started to take his poop diapers and dump the poop into the toilet and have him flush it and talk about how that’s where poop belongs.

But I NEVER expected him to randomly decide to actually go to the bathroom in the toilet! He was only 19 months old!!!

We were all in shock. We showered him with so, so much praise and I’m glad in our state of confusion/joy that Zach thought to take a couple of pictures (I must be rubbing off on him!)

All Kye wanted to do was watch himself go haha 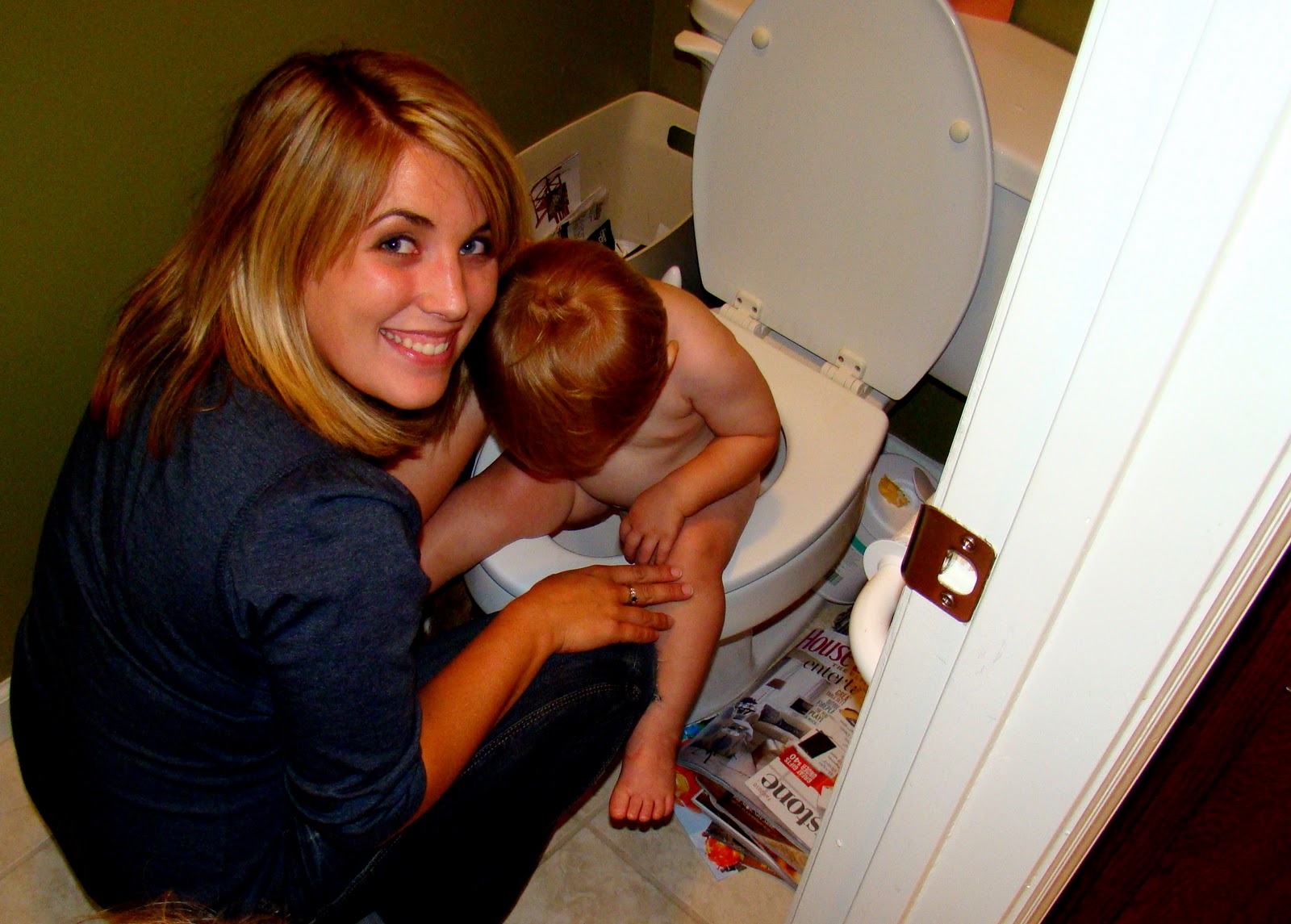 Proud to be a big boy! 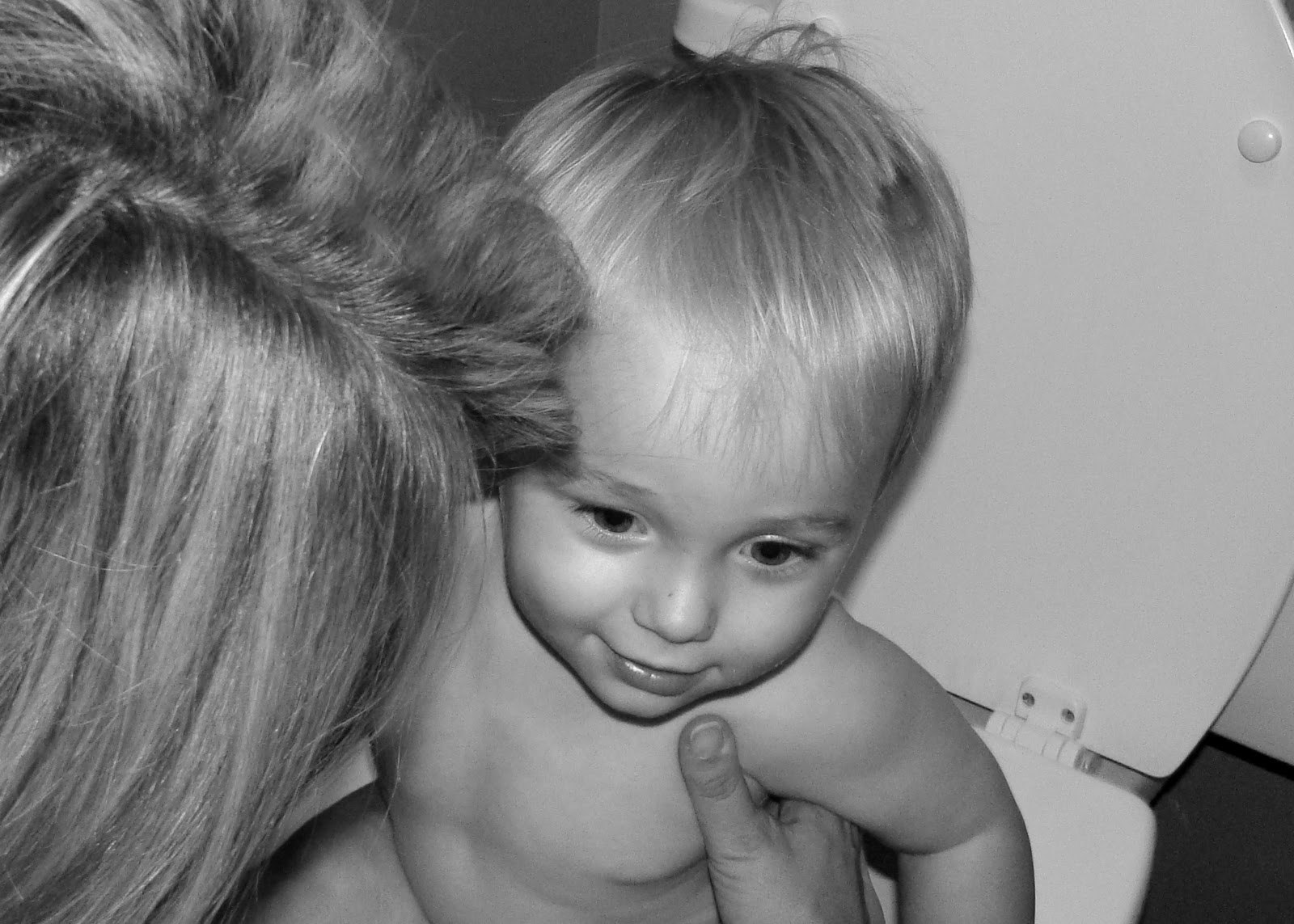 When he was done we put him in his bath and after his bath he wanted to go again and again went both tee-tee and poop!

By then Zach had already left and I was SO glad I stayed behind to be with Kye as he used the potty again. It’s crazy the things that excite us as mothers isn’t it?

don’t you love that post-bath hair? 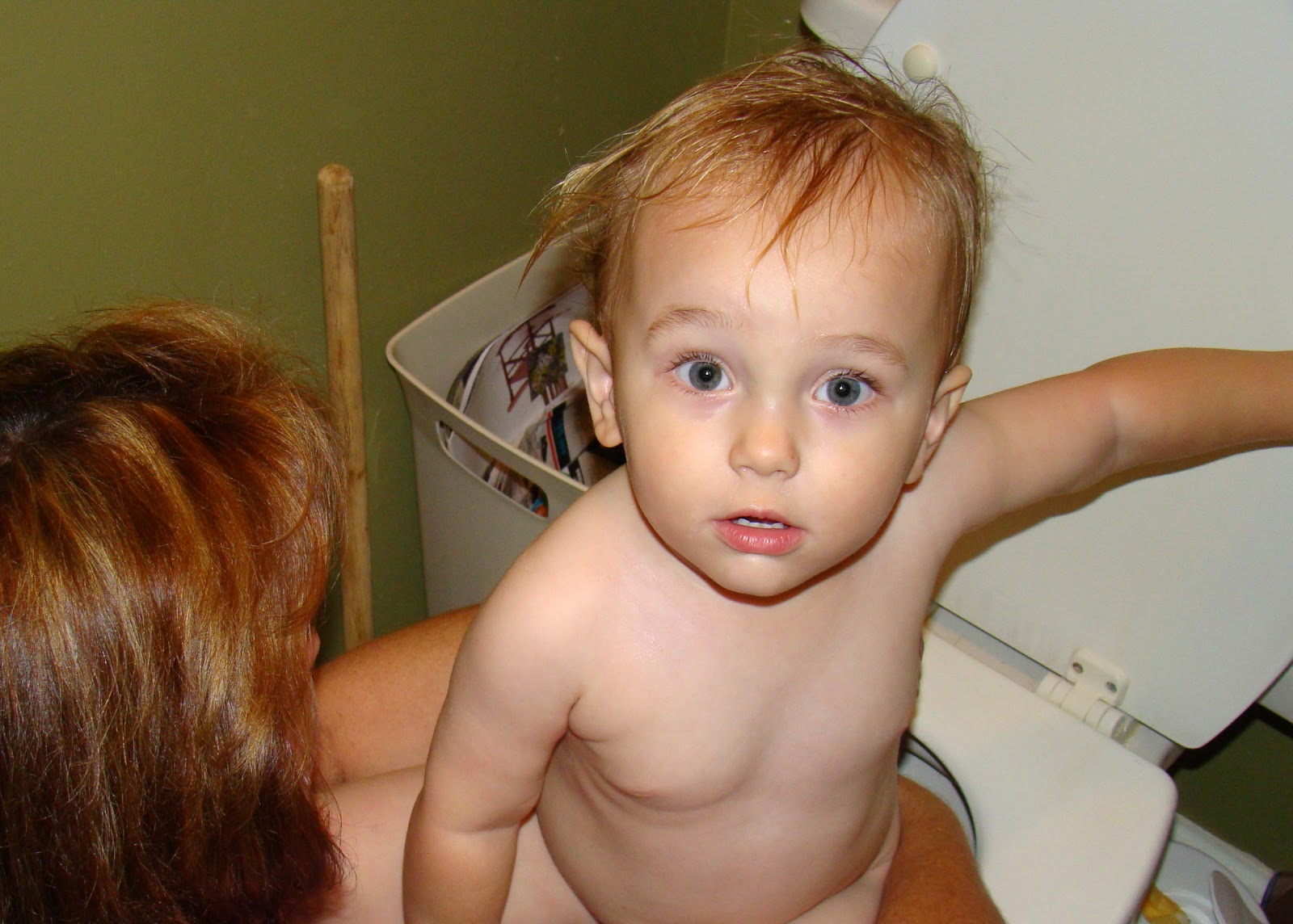 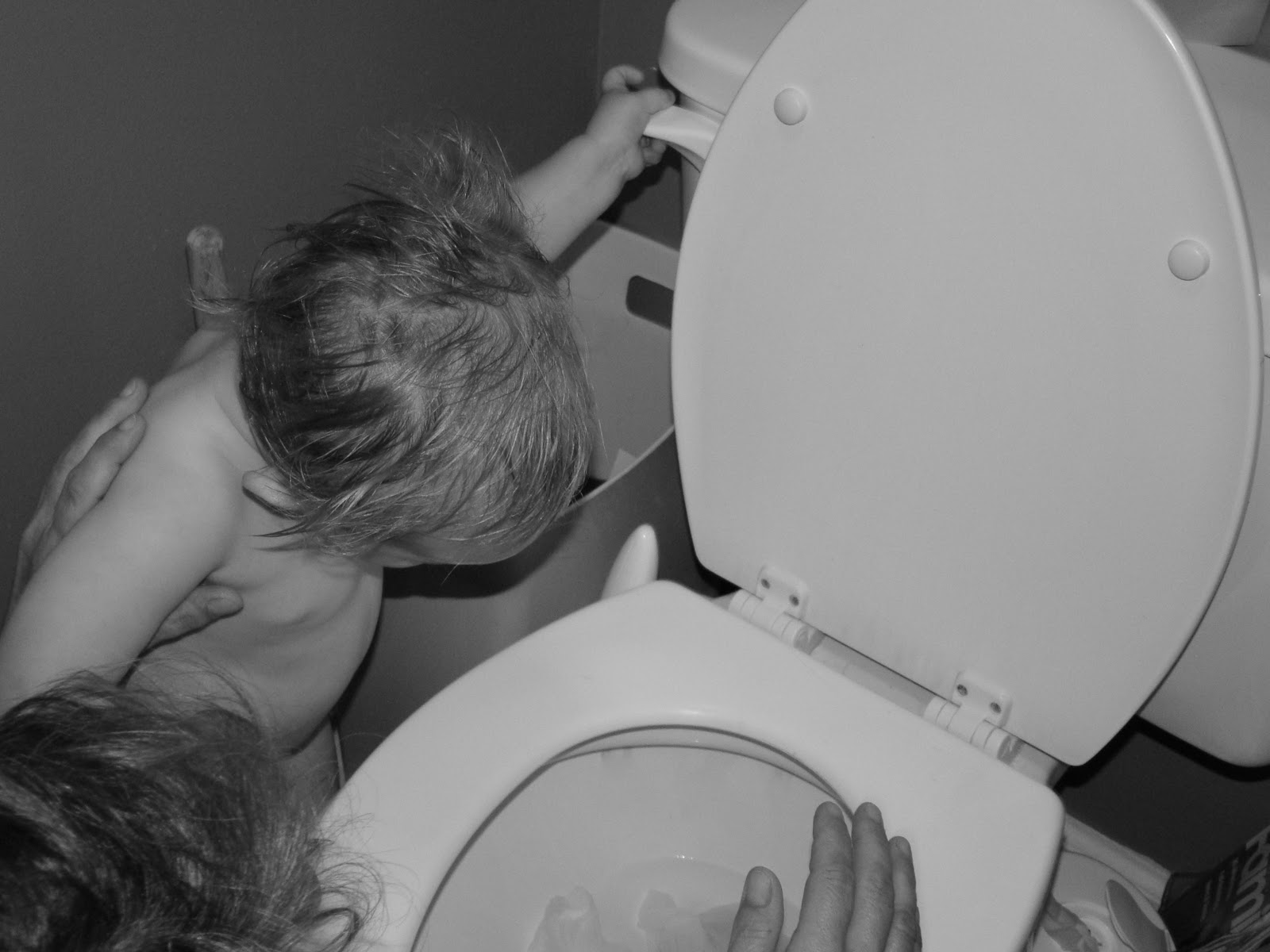 My plan was to move into the new house, get settled, then start the potty training process.

Sometimes though it’s not about what we want it’s about what our child wants and is ready for. I took him initiating the potty use to be a sign of his readiness to potty train.

I’ve heard that there is an early time to train and that if you miss that window of opportunity then you really can’t train again until much later so I want to take advantage of this opportunity.

I was, again, glad that I didn’t go to the game as I spent the entire night researching.

through while in Jamaica but I wanted to re-read it AND I needed to order potty training supplies (I swear, I was not prepared for this!).

I had several things in my cart on Amazon to order but Mom and I decided we’d try Walmart the next morning so I could have them right away instead of having to wait for them to get delivered. I felt very stressed about the whole thing.

I’ll be posting next about what all Pottywise had to say, but when reading their signs of readiness I felt like Kye was ready but that I wasn’t.

I was very torn on what to do and how to start as the next day was Trunk or Treat at our church and the neighborhood trick-or-treating. Plus Sunday was church all day and then Monday was my birthday.

Who wants to be stuck next to a potty and miss all that great stuff?

The next morning we took Kye to the potty (meaning we held him over our toilet) and he went again.

He went every time and didn’t go in his diaper at all. He actually pooped in Walmart and I thought he finished so I got him up to wipe him and we went poop alllllllllllll over himself and me. Awesome.

While at Walmart we let Kye pick out his big boy underwear and we hunted to see if they had anything I wanted for the training process. Are you surprised to hear that they didn’t???

When we got home I decided to take a casual approach for Sat, Sun, Mon and Tues then get hardcore once the stuff from Amazon arrived on Tues. Do the words “I” and “casual” belong in the same sentence? Nope.

I ended up being hardcore but just put Kye in pull-ups when we went out in public during those days.

We decided that afternoon we’d skip the neighborhood trick-or-treating and just do the Trunk or Treat with the church (why did church win? It had a bathroom!).

While at home we let Kye just run free in his little “big boy” underwear and followed all the Pottywise instructions.

Then once the supplies came I got (more) serious about it and we stopped using any pull-ups (what a WASTE of money. He literally only wore 3 out of the whole pack!). 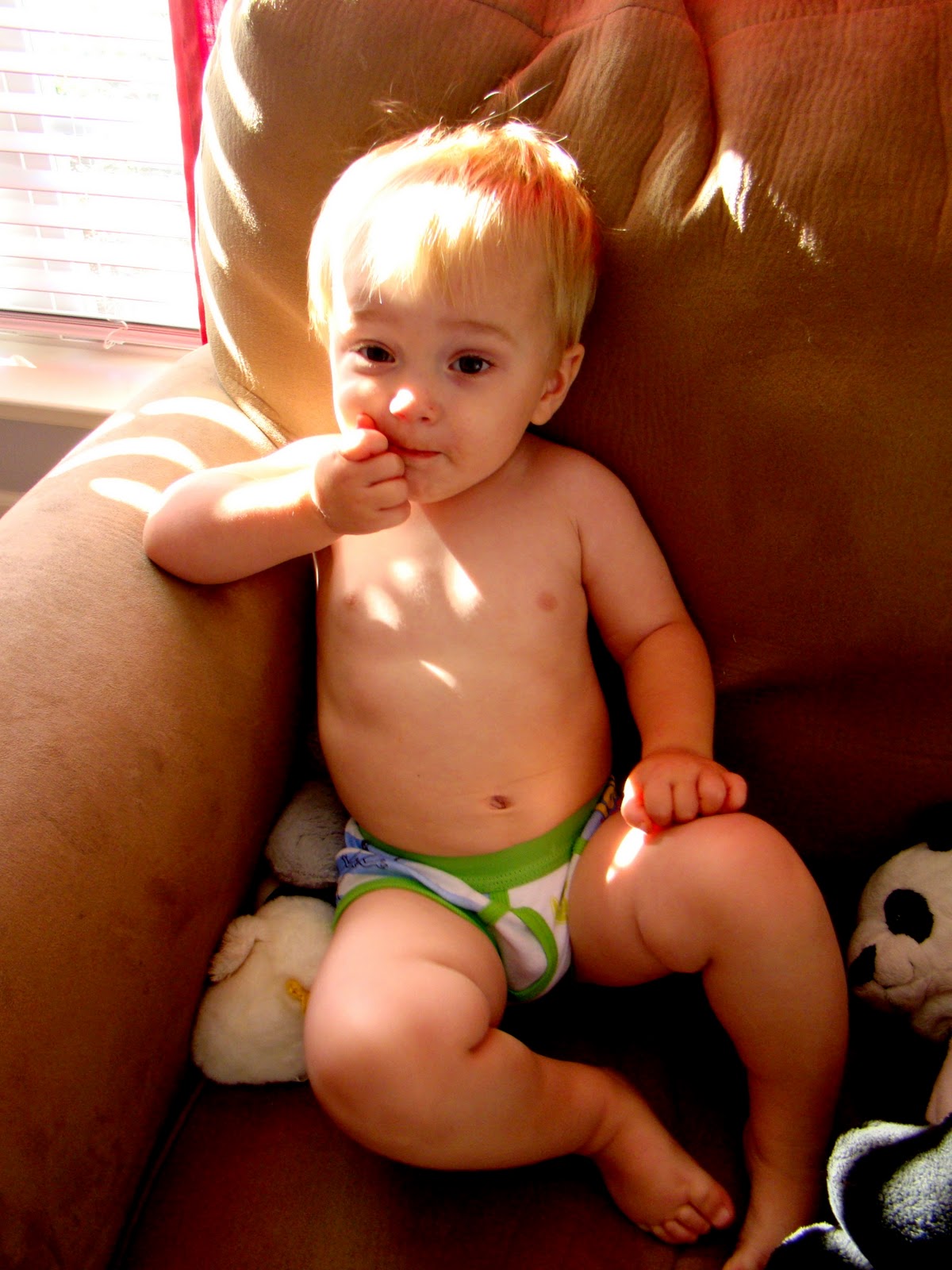 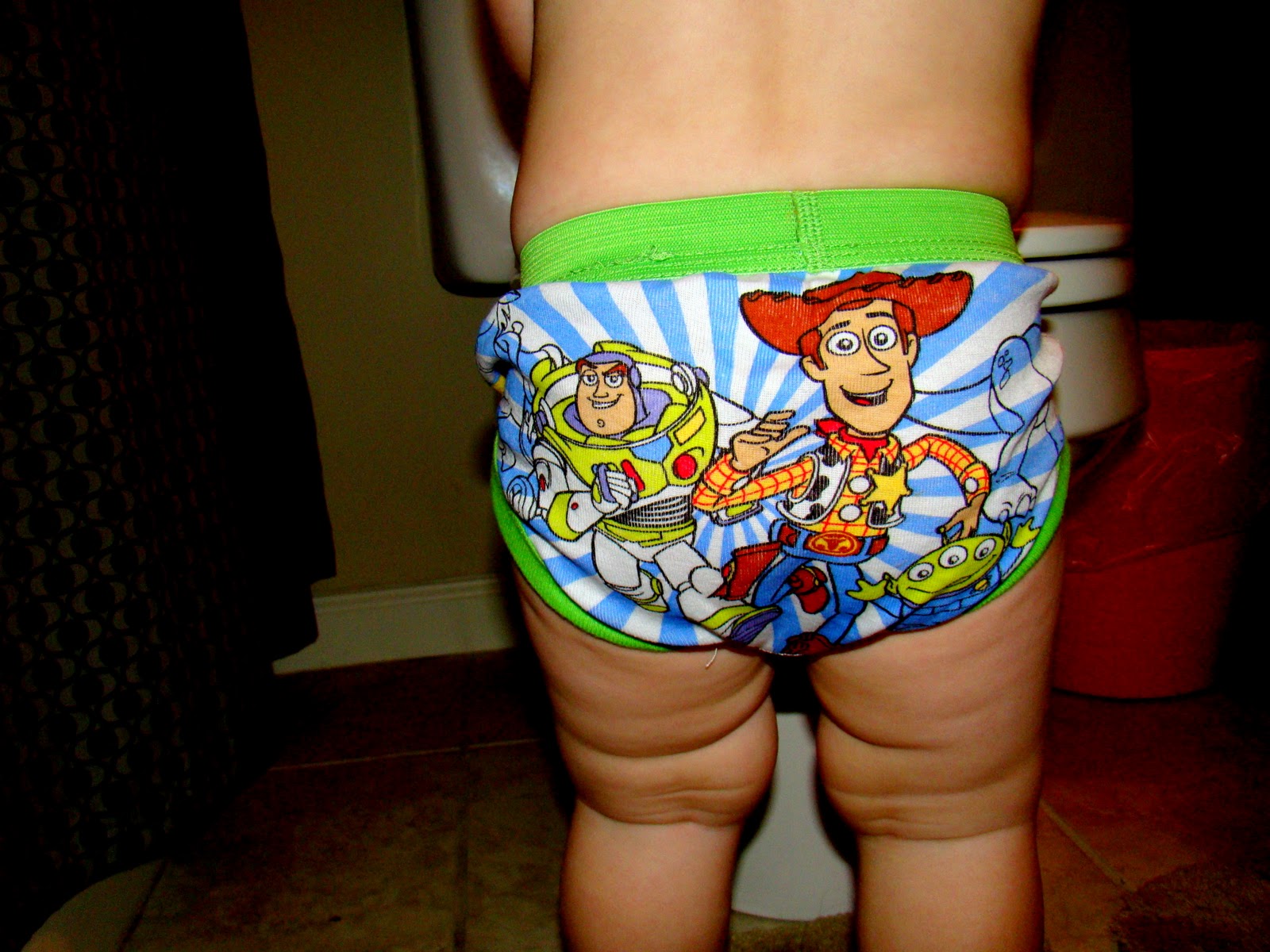 I fully plan to give you every detail of everything (of course) but I wanted to share the story of how our little potty training adventure started before I bombard everyone with tips and tricks and what Pottywise had to say and what training tools we used.

I mostly wanted to just make it clear that I in no way intended for Kye to potty train so young. I honestly feel a little guilty about it!

I know SO many mothers out there are struggling with older children who have not yet used the potty and I don’t want to discourage anyone.

Sure, I think I took steps to help prepare him in some ways and I think that being observant and recognizing his readiness was for sure part of it, but I in no way said “okay Kye today’s the day to use the potty!” like I normally do with transitions for him.

So if you want to hate me for my potty training luck go ahead but I promise it was mostly just that – luck. 🙂 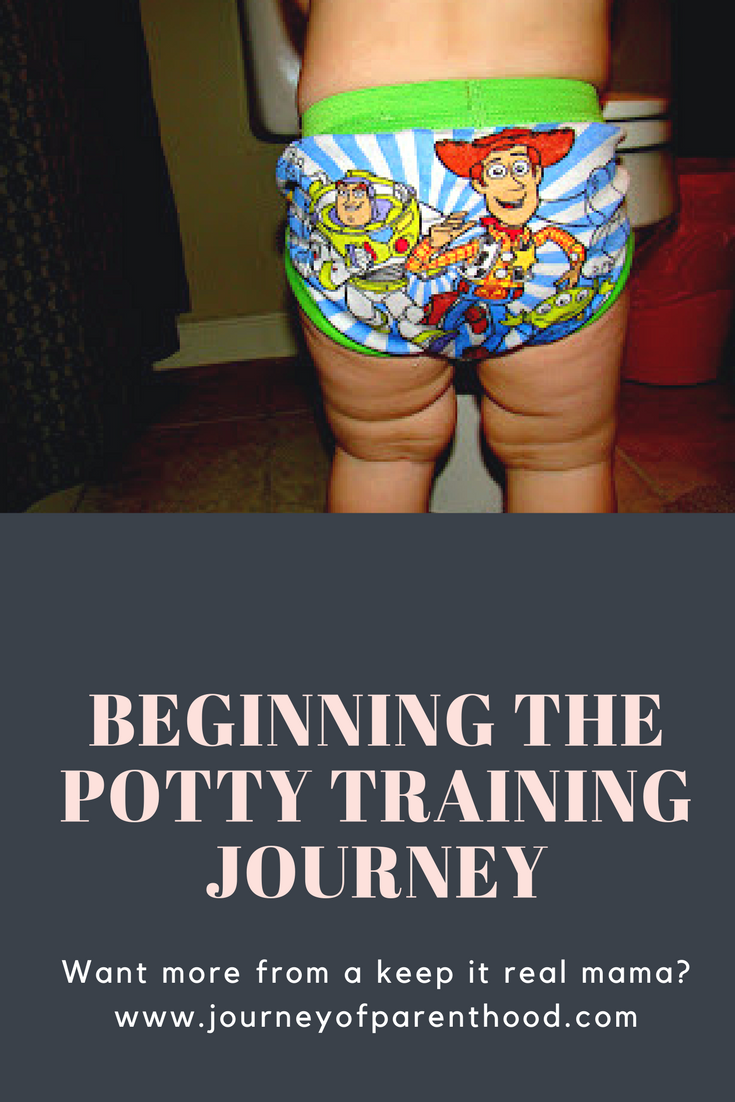