Jessica’s story has a different ending than most of the ones featured this week, but I think it’s wonderful to show every different scenario! Thanks to Jessica for submitting her story!

Sophie Rae came into this world weighing a staggering 8lbs 61/2 oz. I say staggering because I had to push her out for two hours! The doctor was shocked at her size and swore she was going to weigh nine. She didn’t and was healthy and had a very healthy appetite!

We immediately tried to breastfeed her with the help of the lactation nurse. The lactation nurse was a little harsher with her than I wanted to be. She kept telling me to bang her into my breast and tilt her head and do this do that! It was a little overwhelming to say the least. Once Sophie latched, it hurt, I mean it didn’t just hurt. IT HURT!!!! I wanted to be happy, but I wanted to cry more! This wasn’t the natural beautiful thing that everyone talked about. My mom stood by me with tears in her eyes saying, “It’s so amazing Jess! You are doing it!” She was so proud because she was unable to breastfeed me or my sister. Anyway, I think the look of sheer pain on my face sent a message to the lactation nurse and she knew something was wrong! We pulled Sophie off and my whole nipple was bruised! Black and blue! She had been gumming it to death! So she tried the other side with the same outcome. Sophie would not latch right! We decided to give it a rest (to which my poor nipples cheered) and they took her off to the nursery! We then did the lotion and the nurse brought be the gel pads. They were a God send! They instantly helped them stop hurting!


After settling into my room and getting to see my baby! She got on the prowl! She started mouth open looking for the food! So we tried the not so bruised side and it hurt! I just wanted to cry! I knew this wasn’t right! It shouldn’t be this hard to do something that comes natural to so many women!!! Well, my husband, being the good man he is, tried to call the lactation nurse to help. She was gone for the day! Doesn’t she know that new moms are in crisis all night after their baby is born? So the nurse on duty said that we could try to pump and then supplement with formula if I didn’t get enough. I said I would give it a try! I wanted to give my child every opportunity to get the nutrients that are in breast milk! So I pumped…with a  manual pump….and got a cramp in my hand….and got about an ounce of milk! So we gave it to Sophie and then gave her an ounce of formula. The lactation nurse was adamant that we not feed her more than that! She said that was all she needed. So we did that and she was happy and went to sleep and was my perfect little angel for about an hour an half. So I tried to get her to latch with no luck. I then pumped again and we supplemented. Well this time, we just let her eat. And she ate three ounces all together (it might have been closer to four, but who is counting)! And we had the most wonderful child! She was full and happy and we were happy! 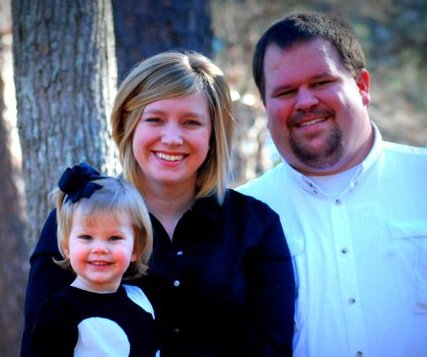 The next morning it was the same process again, but before we could get to supplement, the lactation nurse busted in the room! She was so upset that we had given her so much formula! She said we had stretched our poor baby’s stomach! I was mortified! I had hurt my baby when I thought she needed it! Well, that day, the nurse broke out all the tricks. She brought a different lotion, more gel pads, and nipple shields because by this point, my nipples were cracked and bleeding from being gummed to death. It worked a little better with the shields, but Sophie kept getting frustrated and kept coming off! I was frustrated, she was frustrated, and I just wanted to go home to get my electric pump and get this baby some food!

That time did come and we went home giving her pumped breast milk and supplementing until my milk came in. Once it came in, it was in! I was getting 8 to 10 oz. every time I pumped which was more than enough for my sweet baby because we were only giving her two oz a feeding like the nurse had said. We were miserable! She was not getting nearly enough! She was waking up every hour and a half to two hours wanting something. It was awful! When we went to the doctor for her first visit, Sophie was diagnosed with Jaundice. The reason she had it…we weren’t feeding her enough! The doctor told us that we were fine to give her up to four oz. She was a big girl and needed to eat! So we went home and upped her formula and were amazed at how well she did and at how much better she slept!

However, pumping consumed my life. I would take care of her. When she napped, I had to pump and then when it was time for her to get up, I was exhausted but couldn’t rest because I had to be on duty. Then the cycle started all over again!  On top of all of that, Sophie was born in tax season. With Klint being an accountant, I got night duty too! I was getting depressed and just not enjoying being a mom the way I thought I would. I was getting ready to gradually stop breastfeeding when I developed mastitis, and was forced to stop! It was a blessing and a curse. I hated that we had to put Sophie on formula, but I was felt so much freer to be a good mom and rest and take it easy!

Once I was over mastitis, I packed the pump up and I still have it. And I will give it a try with our next one. I think it is important to give it a try. Just because Sophie never did figure out how to attach doesn’t mean the next one won’t. And Sophie is so healthy and smart! You would never know that she wasn’t breastfed for no longer than a month! I will try it again because I feel like I need to, but if it doesn’t work, I am not going to sweat it! The other lesson I learned was to trust myself and my instincts! Sophie was a big baby and needed more than the average baby needs. Lactation nurses only know the average baby. They don’t know the nice sized ones like Sophie!


~Don’t forget I’ll be picking a winner for the giveaway on Tuesday!