I’m very excited for this next story! It’s great because it helps show TWO generations of breastfeeding moms. Je’ is actually Autumn’s mom (you can read Autumn’s breastfeeding story here). I’m thankful to Je’ for writing for us and will be checking out her blog (and you can too, here!).

When I chose to breastfeed my babies, it wasn’t all that popular. Older women kind of looked askance at the whole thing and most probably thought it was just another hippie idea I had to go along with being a vegetarian. I read everything I could find and one helpful tip was to toughen up the nipples before the baby arrives. The recommendation was to give your nipples a good scrub with a rough washcloth at least once a day. 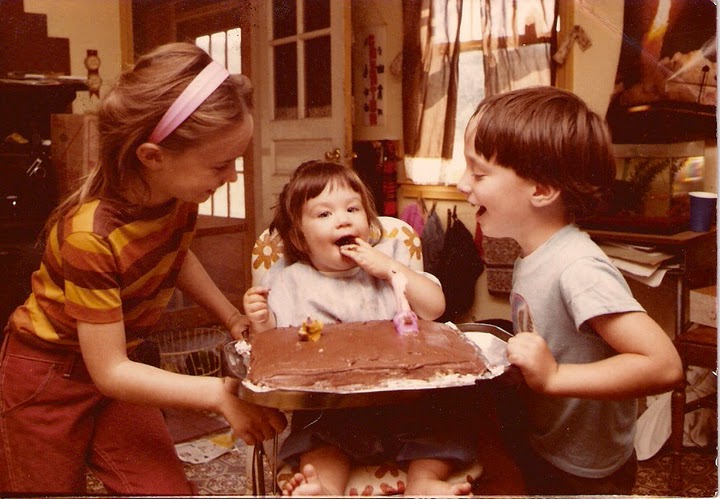 I had grown up on a farm and watched all the animals mamas nurse their babies-it seemed like the most natural thing in the world, so I wasn’t buying that it would be difficult, and it wasn’t. My first little girl, Mary, was so fat by the time she was eight months old, I was a bit worried. I was also pretty skinny by that time, but that was O.K. My own mom was worried that the baby wasn’t getting enough to eat and kept insisting I feed her cereal from about two months old, so every day I offered her rice cereal, every day she spit it out, and every day I could honestly tell my mom I had given her some. When Mary started grabbing food off my plate, I got a nifty thing called the Happy Baby Food Grinder and ground up whatever we were having for dinner (within reason) for her to eat.

When I became pregnant with my son, I was still nursing Mary, but she quit on her own. I wondered if the taste have changed due to the pregnancy? Then again, a human being only has so much calcium to go around and I was pregnant. I spent many years in church nurseries, because there were no arrangement for nursing mother in those days. The only incident I had with my son was mastitis. Sometimes milk ducts get plugged and this led to a painful, red, swollen breast, and ultimately a high fever before I remembered the cows back on the farm with mastitis and went to the doctor. Antibiotics cleared it up. My son denies that he ever nursed now, but the truth is, he was very hard to wean at two years-old. Don’t tell him I said so. 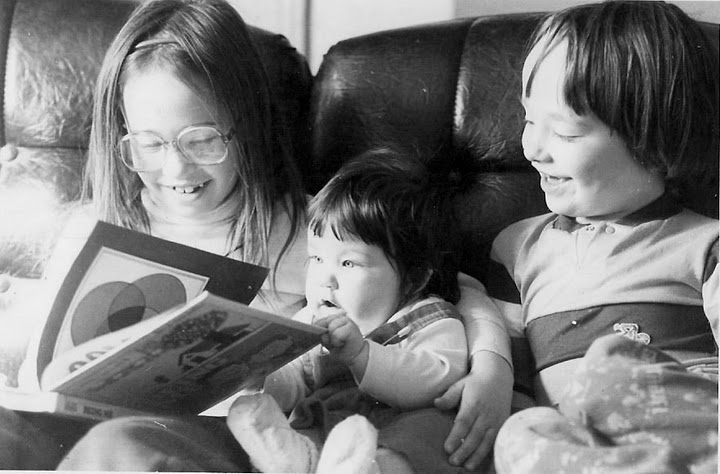 My third daughter, Autumn, always was a blessing, and if anything grew even fatter than Mary had. I thought she was my last child, so I nursed her until age four (just at night, going to sleep, the last two years.) My  fourth child (I was wrong about that “last child” thing) was very active and antsy and weaned herself at about seven months. I would encourage young mothers to go with their instincts. I’ve gotten a lot of bad advice from friends, family, and even doctors. Find out all you can, listen with an open mind, and in the end, do what you think is best is for your baby.

Have a great day,