You can read an update on Hayden HERE!

If you have been a blog reader for awhile then you have probably heard about Hayden. I have asked for prayers for him and his sweet Mommy, Bobbi, a couple times in the past. The first time was in Jan 2011 and the most recent was in May of 2012. Now I am not only asking for your prayers for him, but also for your help!!!

Since I do not know all the specifics of Hayden’s situation I asked Bobbi to write their story for me to share with all of you. A chance for all of us to get to know Hayden a little better and to better understand the specific needs for our prayers!

I can always remember wanting to be a mother. In fact, it is the only thing I can say I was sure of and that never wavered. So…six weeks after I got married my husband and I got pregnant! We didn’t waste any time for sure 😉 During my 34th week of pregnancy, my doctor told me I had IUGR (the baby’s head was normal size but his body was two weeks behind in development). He told me typically things catch up after birth and that everything would be fine. I had to have a weekly non-stress test for the next three weeks just to make sure the baby was not in any distress. At 37 weeks they planned to induce.

On June 22, 2010, Hayden West Vinson was born via c-section. After a few problems with decreased heart rate, a c-section was done and Hayden was here – and he was BEAUTIFUL! Ten fingers, ten toes, great apgar scores. We went home on schedule and began our new life with our new little family. Aside from some breastfeeding issues, everything seemed great. At Hayden’s three month check-up I was a little concerned about his head lag, but was told not to worry. At four months old, when they told me the same thing, I decided I needed to start taking things into my own hands. This began a journey that we still travel today.

Since I took Hayden to be checked at four months old, we have now been to a total of seven different specialists, four different hospitals, and a plethora of “other” doctors. Hayden has a pediatric neurologist, geneticist, opthamologist, and gastroenterologist. He has had two brain MRI’s, EEG’s, a muscle biopsy, eye surgery and a TON of genetics testing. Hayden has had more blood drawn over his life time than he has in his body. And he has never cried over it one time. We have been to Nemours Children in Jacksonville, Florida. Shands Hospital in Gainesville, Florida. Emory and Egglestons in Atlanta, Georgia. And even John Hopkins in Baltimore, Maryland. 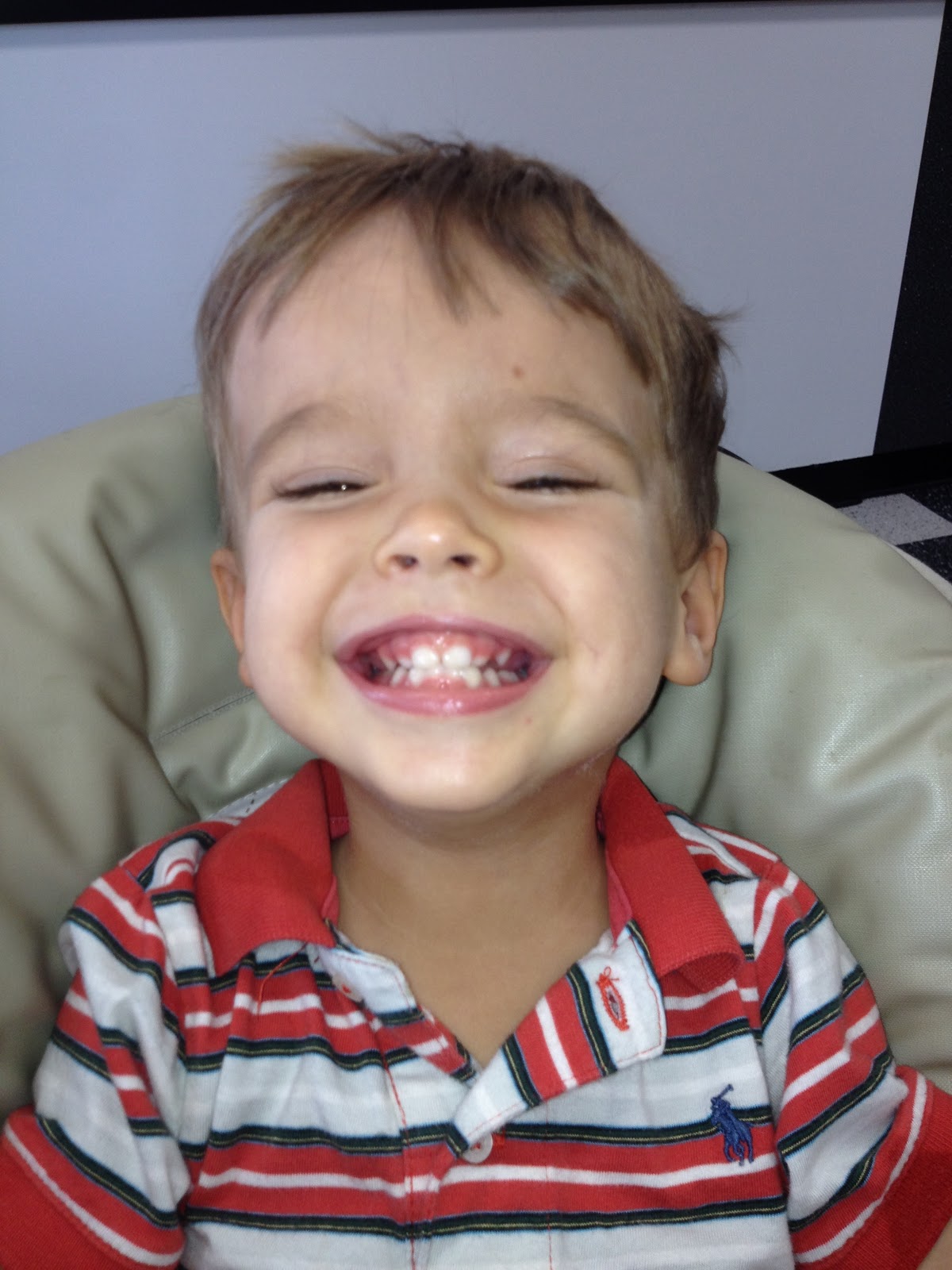 ALL testing done at this point has come back normal. When we were at John Hopkins the dr said Hayden had “a million dollar workup.” He also told us that there wasn’t anything else he could do for us.

At 2 1/2 years old Hayden cannot sit or stand. He has very little head control and severe head lag. He does not reach for objects or turn his head in response to any sound. He is in therapy of one form or another four days a week. My house is not scattered with toddler toys – it looks more like a mini durable medical equipment sales floor with his “stander,” “walker”, and improvised “bouncer.” In the midst of all the dr appoitments, surgeries, and therapies…his father and I also divorced when Hayden was sixteen months old. It is not what I wanted to happen in our relationship, but I was not given a choice. 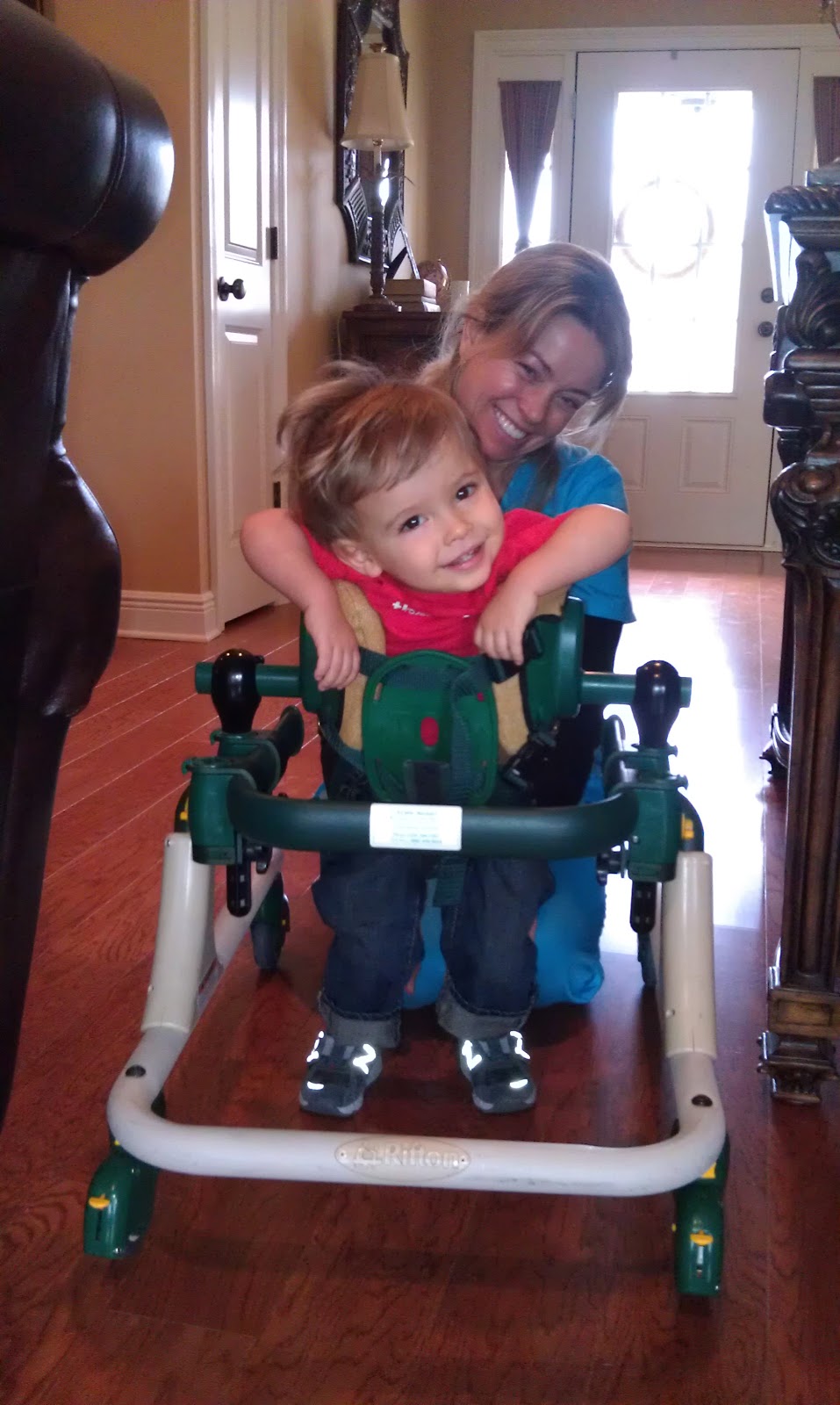 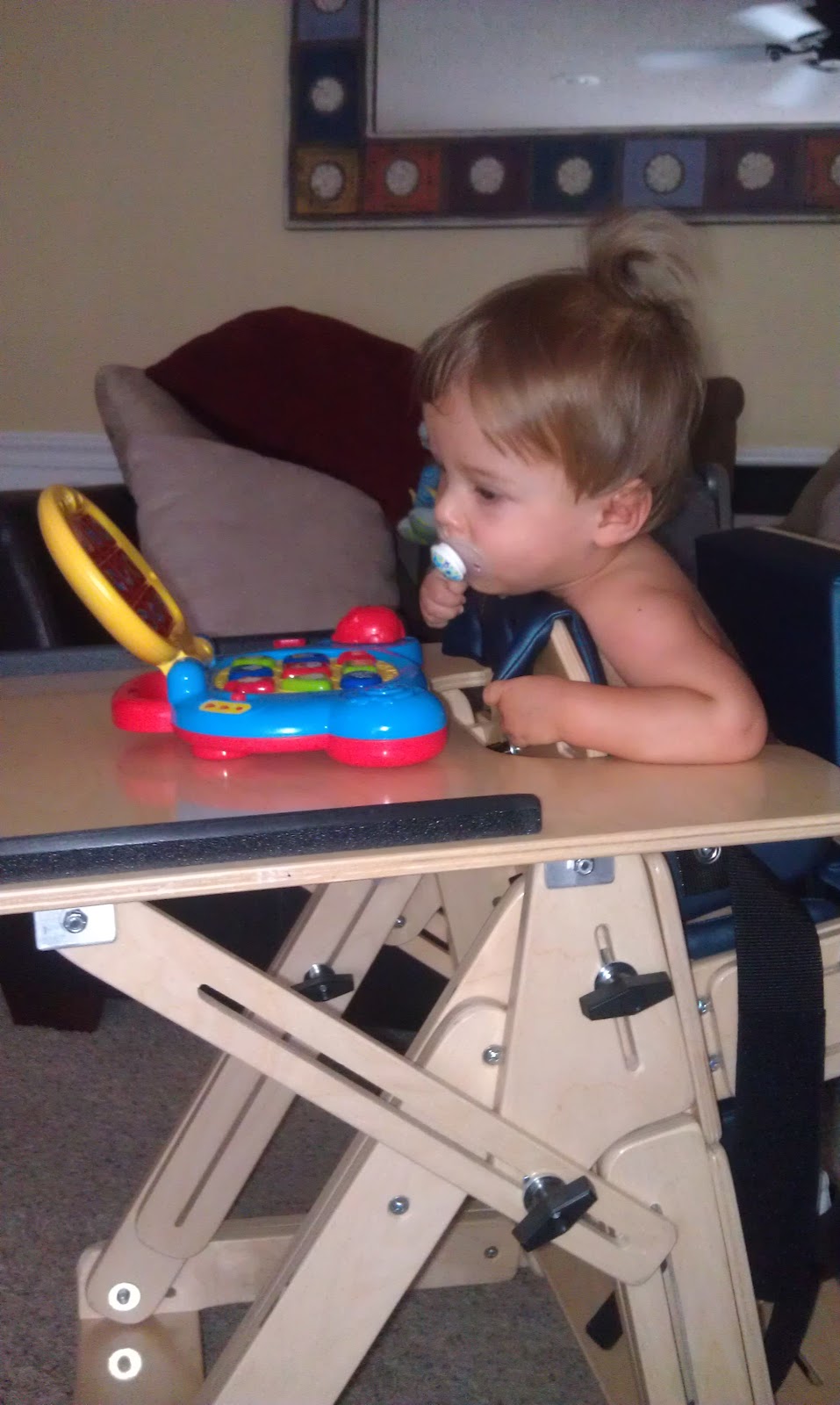 When we left John Hopkins in May, we were not sure what we needed to do from there. If John Hopkin’s said there was nothing to be done for another two to four years, then who am I to second guess that??? Well, I am Hayden’s MOM. I don’t feel like Hayden should have to wait another two to four years for answers. I was determined to continue my search. A website was brought to my attention that featured an episode of the tv show The Doctors. They had a guest doctor who was talking about something called Genome Mapping. They have been having success in diagnosing previously undiagnosable cases!

I tracked down the doctor featured on the show and contacted his office. They put me in touch with Baylor Medical in Houston, Texas. I talked with another genetics counselor there and gave her all of Hayden’s background information. She requested all records and all of the tests that have been performed so far. After a couple of weeks I got the word…they are willing to see Hayden!!!

At that point she began explaining the test to me. She said it will take awhile to get any results and asked for Hayden’s health insurance information. She checked to see if Blue Cross would cover the testing. When she got back with me about it she told me our best bet for the least amount of out of pocket expenses would be to be billed as private pay. She said if they billed the insurance company that the total cost would be $15,000. The insurance company told her since the appointment wouldn’t be until Jan 2013 (that was the first available appointment even though we were talking in September! So, so sad that there are so many children with so many complicated issues) that our deductible would have to be met, we would be working outside of our network, and the testing has not yet been FDA approved. Once we broke down all the costs I will have to pay $8,000 out of pocket for the testing. If you are a parent, you know that this amount doesn’t really matter. It could cost me $18,000 and I would still find a way to go for my son.

For me, and Hayden, what I want most is answers. It may not be the answers I want to hear, but an answer at all would be so helpful. Not knowing is hard – I don’t even know how to create a plan for our future. As long as I don’t have an answer – I will continue to hold on to the hope that it is something we can fix. Hayden is like a “floppy baby.” He has zero support for himself. He is completely “dead weight” for me to lift over and over again all the time. If it is something that cannot be fixed or won’t improve then I will need to start making preparations around my house, for a different vehicle, etc to accommodate him as he gets older and bigger. 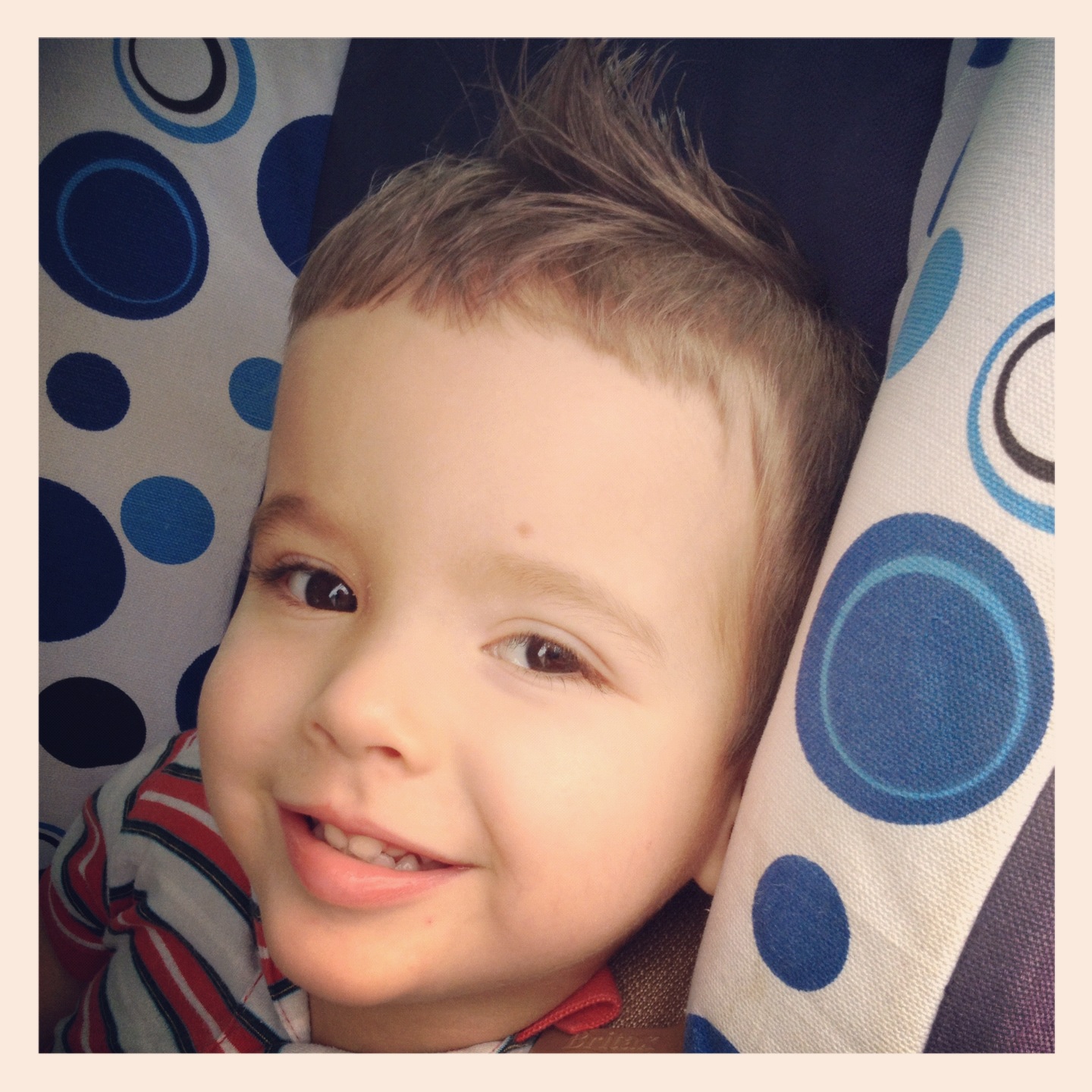 I posted the following story on my Facebook page when Hayden turned a year old. A year and a half later we are still in Holland, yet still hoping to get to Italy.

“When you’re going to have a baby, it’s like planning a fabulous vacation trip to Italy. I bought a bunch of guide books and made my wonderful plans. The Coliseum. The Michelangelo. David. The gonolas in Venice. I learned some hard phrases in Italian. It was all very exciting.

After months of eager anticipation, the day finally arrived! I packed my bags and off I went. Several hours later, the plane landed. The stewardess came over the loud speaker and said “Welcome to Holland!” “Holland?” I said, “What do you mean Holland?!? I signed up for Italy! I’m supposed to be in Italy! All of my life I have dreamed of going to Italy!”

But there has been a chance in the flight plan. They’ve landed in Holland and there I had to stay. The important thing is that they haven’t taken me to a horrible, disgusting, filthy place ful of pestilence, famine or disease. It’s just a different place. So I had to go and buy new guide books. And I had to learn a whole new language. And I met a whole new group of people I never would have met in Italy.

It was just a different place. It is slower paced than Italy. Less flashy than Italy. But after I had been there a while, and I caught my breath, I looked around…and I began to notice that Holland has windmills. Holland has tulips. Holland even has Rembrandts.

Everyone I know was busy coming and going from Italy. They were bragging about what a wonderful time they were having there. And for the rest of my life I will have to say “Yes, that’s where I was supposed to go. That’s what I had planned.” And while the pain of that will never, ever, ever, EVER go away…because the loss of that dream is a very significant loss. But if I spent my whole life mourning the fact that I didn’t get to go to Italy, I may never have had the freedom to enjoy the VERY special, VERY lovely things about Holland!”

Like all moms, I want the best for my son. In order to give him the best, I need an answer – good or bad – I need an answer. Until I get that answer, I will still hope and pray we can make it to Italy. However, if it is not meant to be then I will enjoy every single moment of Holland! 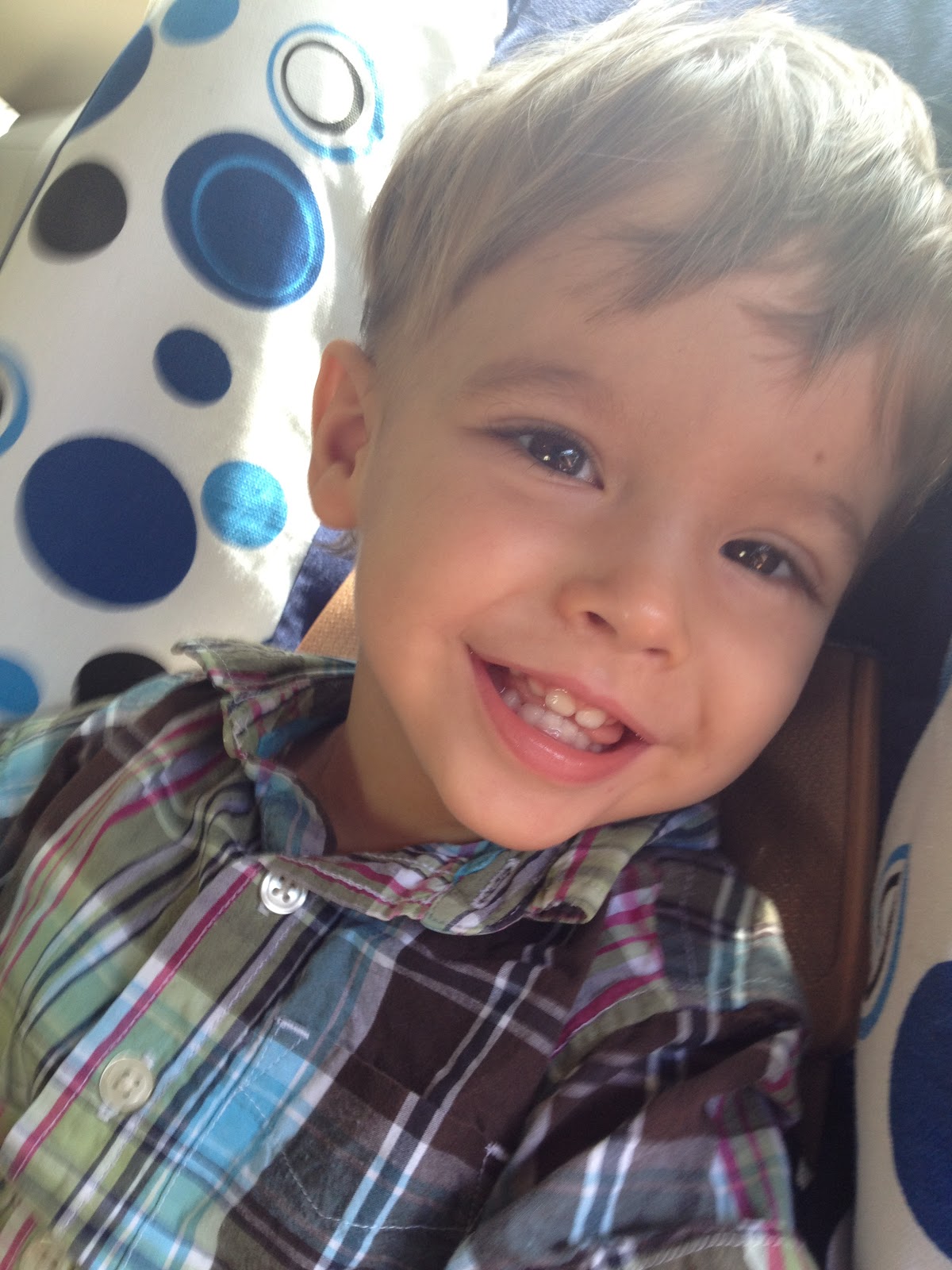 Thank you Emily for helping me share my story. There are so many reasons for me to share this…most importantly I am asking for PRAYERS. Prayers for our safe travels and prayers for the answers we need! Also maybe my story will reach someone who needs to read this. Who is going through something similar or knows someone who may have some type of answer that can help us too! Lastly, if anyone could help us financially get to Texas, it would be so greatly appreciated. 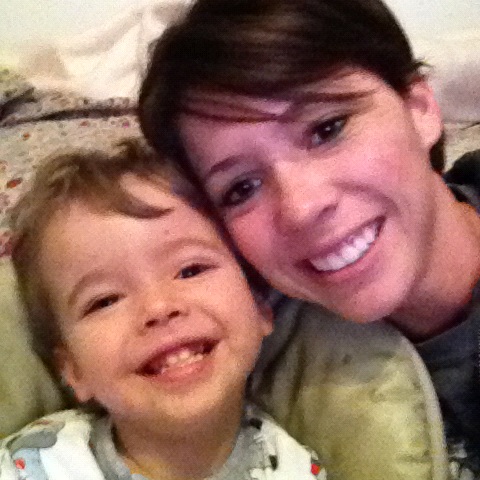 I’m sure like me so many of you have tear rimmed eyes reading this. What Bobbi is experiencing is something I cannot comprehend. It makes me realize how much I take for granted every single day. I am so thankful for this opportunity to help her. She is on my mind ALL the time and I am constantly lifting her and Hayden in prayer. I pray that there will be answers waiting for them in Texas next month!

Bobbi has set up a Paypal account to allow people to easily donate to help Hayden. I love the name of the fundraiser…Hayden’s Heroes! You can donate any dollar amount via the Paypal Donate Button on my sidebar and through THIS LINK! (Just got word the link may not be working…but the sidebar button IS so if the link doesn’t work try that route!) If you’re local I know they are working on a Chick-Fil-A night and I will keep you guys updated on when that will be!

Please spread the word. Share Hayden’s story and let’s all be his heroes!