I’ve been pumping everyday (sometimes twice a day) since Kye was 2 weeks old! The lactation lady said I could start giving him a bottle after he was 4 weeks old. Wednesday was the 4 week marker so we decided to give him a bottle Thursday night. 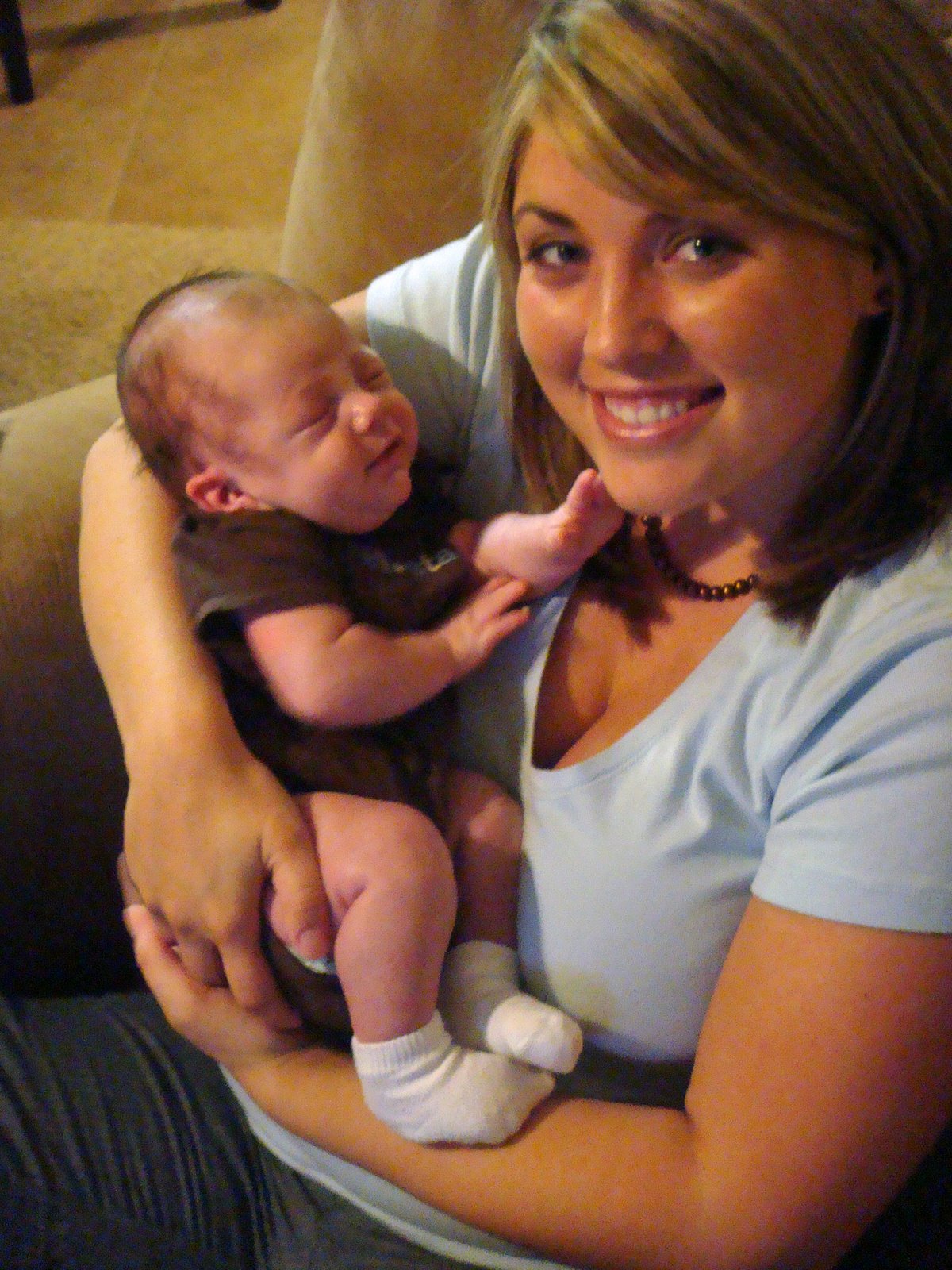 I know most people would probably let their husbands give the first bottle but I couldn’t. I know I haven’t been super positive about my breastfeeding experience and I really have been feeling like I don’t enjoy it at all, but I realized I actually feel a lot differently when I went to give him that bottle. It BOTHERED me.

My eyes welled up with tears and, even though the bottle was filled with breast milk, I hated the idea of him getting his nourishment from another source than me! That’s our special time! 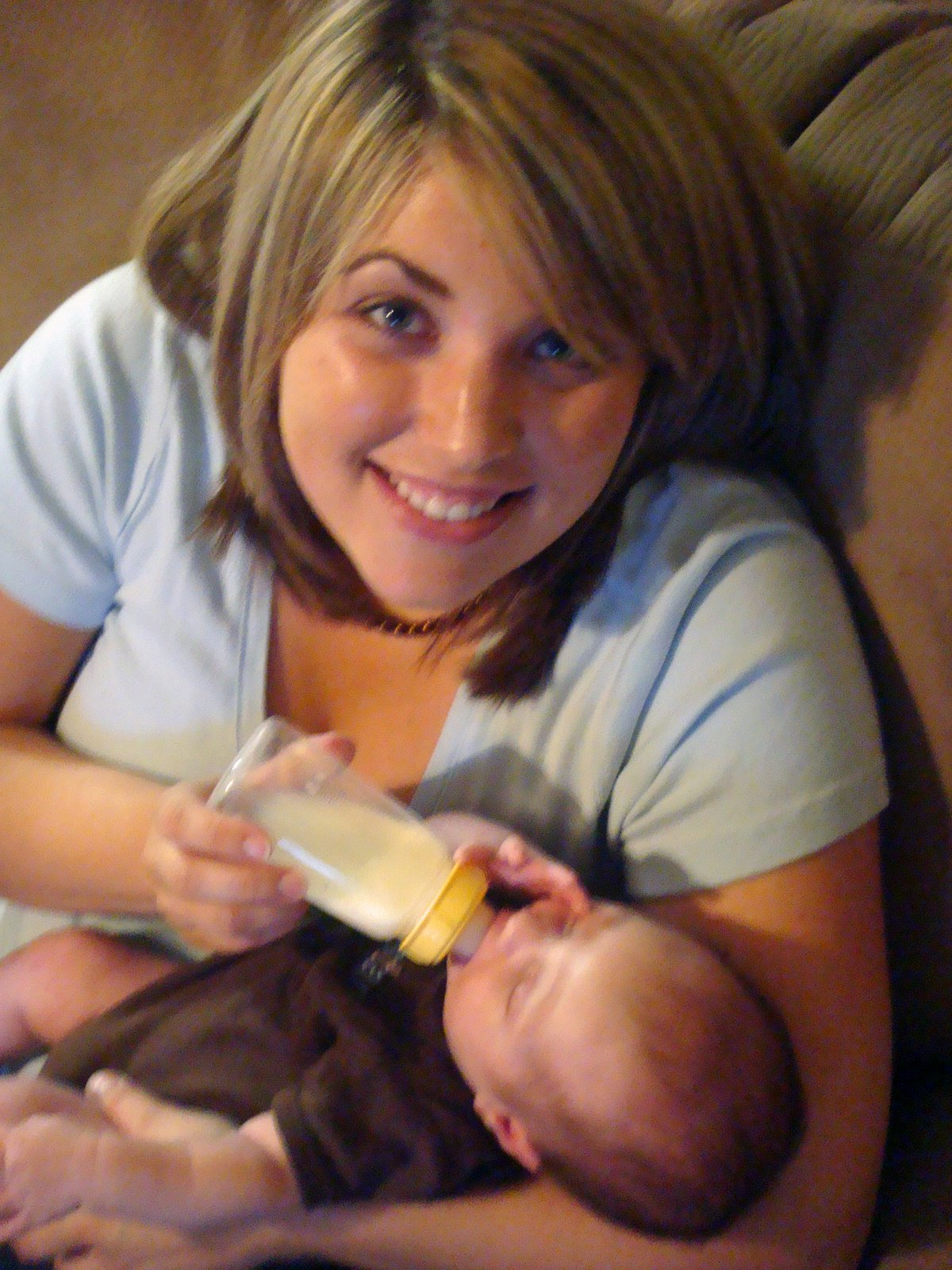 I know it’s for the best though as we live very busy lives and I refuse to nurse while out and about. We also mixed in his nighly dose of medicine into the bottle too so he’d get it down. We gave him 2 1/2 oz because I read at his age he should be getting between 2 and 3.

Well he DOWNED that junk! Here is his already trying to hold it haha he had the nipple in-between his pinky and ring finger…too cute! 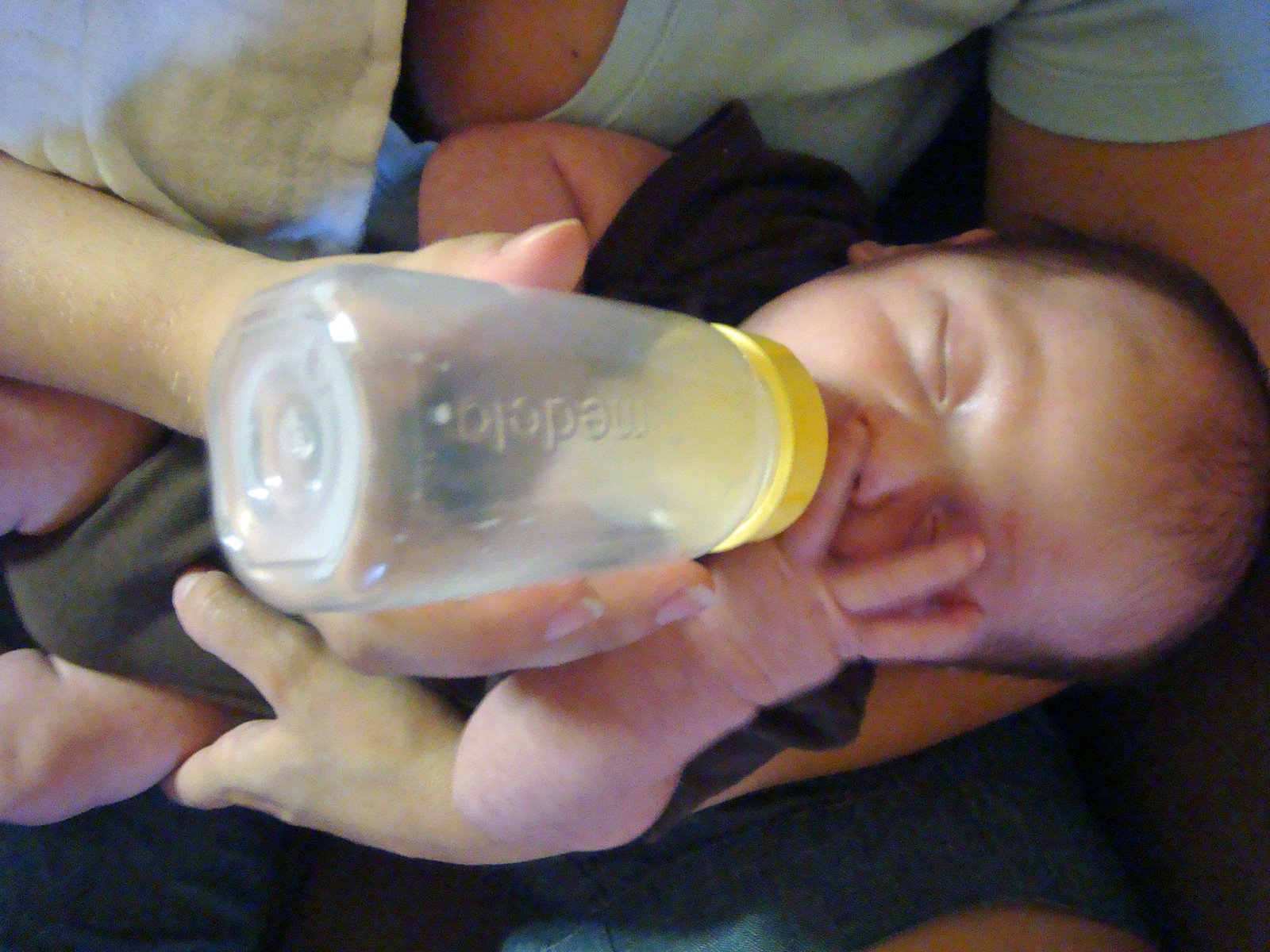 He acted hungry like 30 minutes later. The next time we gave him a bottle we did 3 oz. and he STILL acted hungry! How do you bottle feeders decide how much to give them? And for those that breastfeed…is the amount I get when I pump (when he gets the bottle I pump for that feeding) the amount he’s eating every time he gets on the breast? Because I get a minimum of 5 oz each time I pump and if he’s eating that much then no wonder he’s so huge! 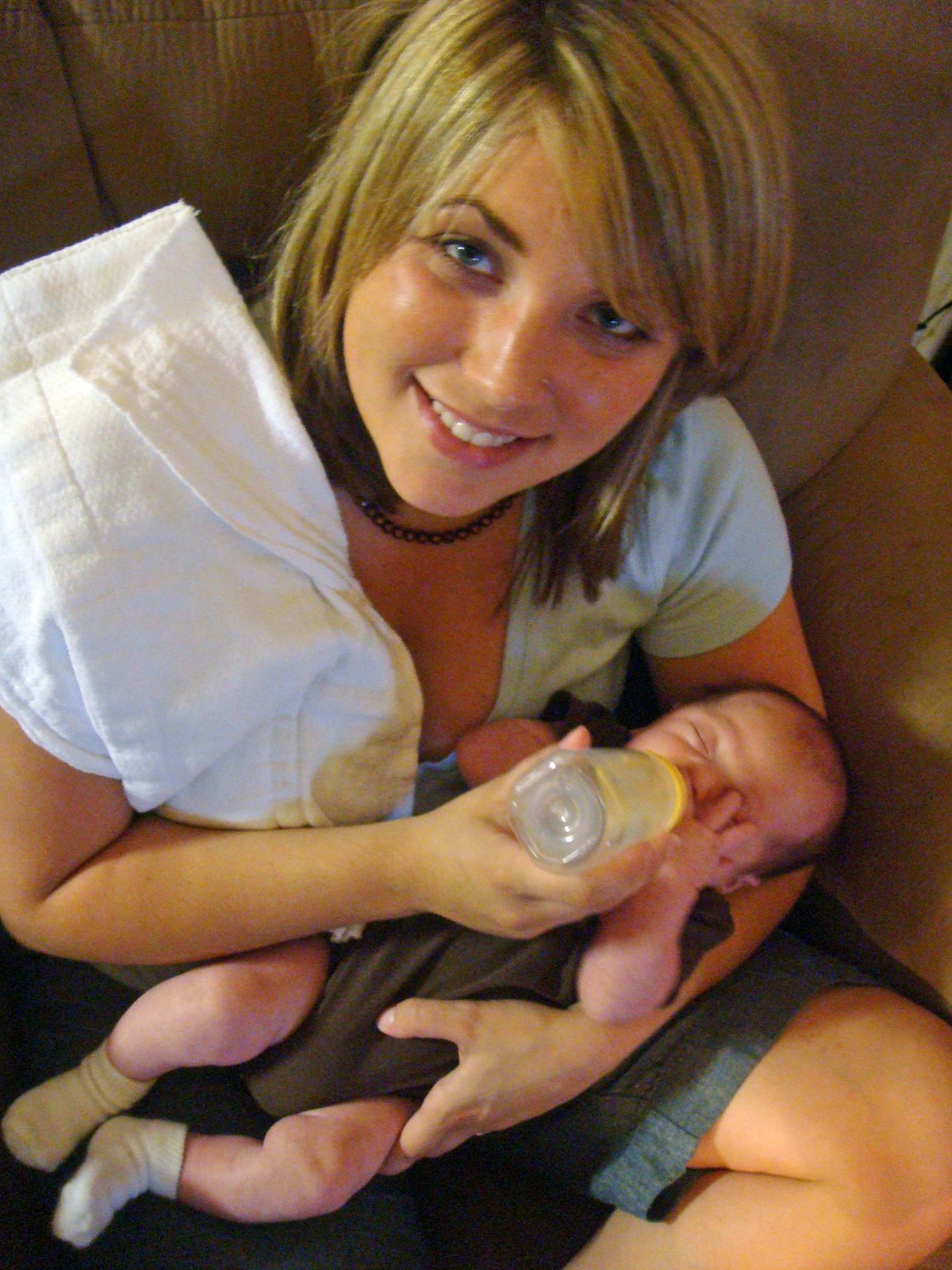 I’m glad for the option to do the bottle but now that I realize how much I enjoy that special time Kye and I get with breastfeeding, I don’t plan on using the bottle too often! Often enough so he’ll take to it (for when Zach and I go on alone trips and he’ll have to use it) but not too often to where he won’t enjoy nursing. Another question about the bottle and breast combo…every time I give him the bottle do I need to pump for that feeding to not ruin my supply? If that’s the case then he’s not ever going to get more than one bottle a day because what a waste of time to have to PUMP and FEED! Blah! It’s such a tricky thing to figure out!!! By the time I get the hang of it I’m sure he’ll be onto solid foods!