This past weekend Zach, Ashley, and I went to Melbourne for my family baby shower! It was such a great time as Ashley has never been to Melbourne before and it was fun for me to get to share some of MY childhood and have her meet MY family since everyone here knows all about Zach and his family! I think she had a good time and I know we did…she made the weekend even more fun than it would have normally been!

The clubhouse looked awesome! I had to include this pic of me because seriously it’s actually GOOD and that’s rare right now haha 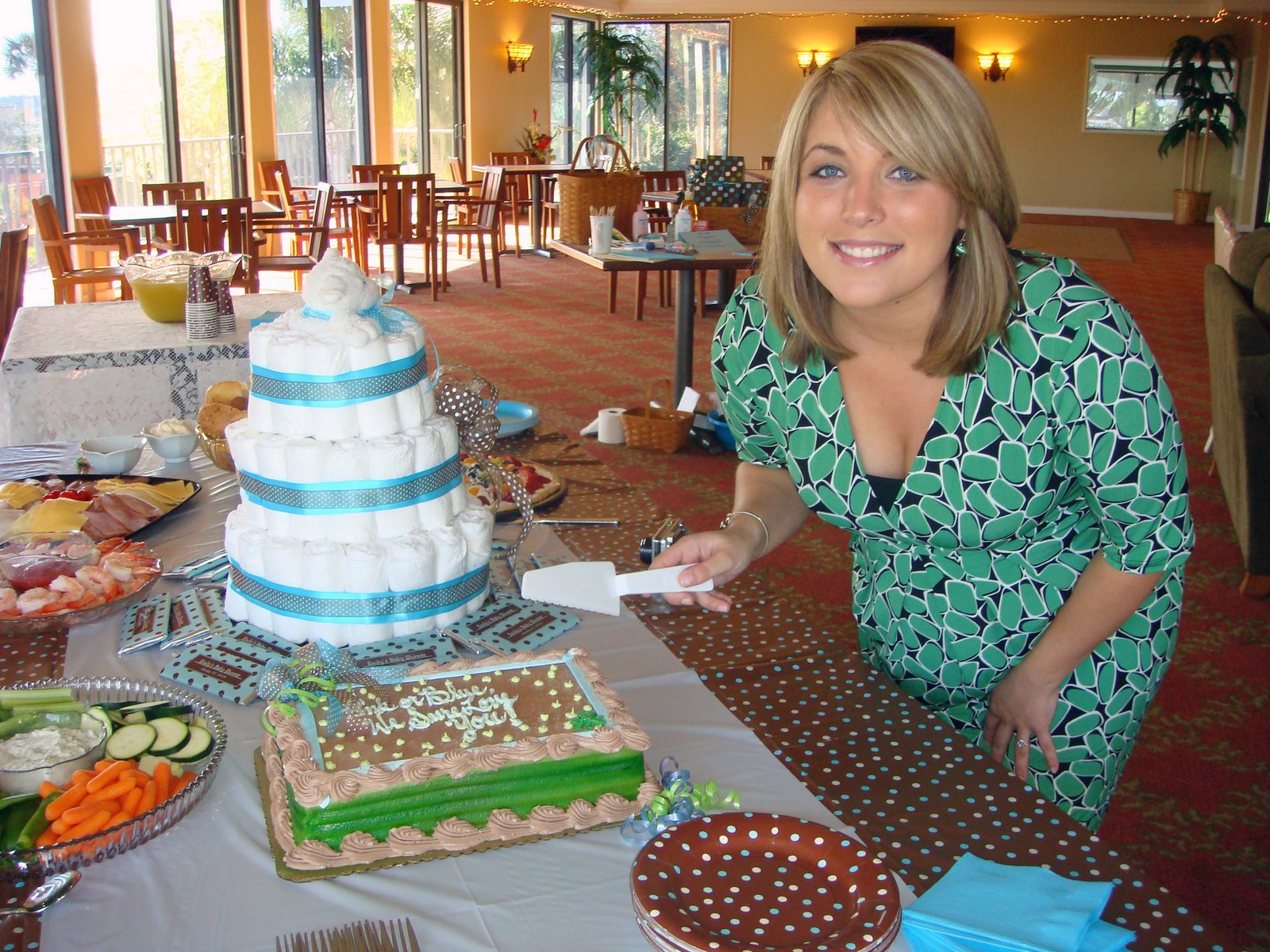 I know Mom is such a proud grandma-to-be and she put a lot of work into making this shower a special one for her grandbaby! I LOVED the decorations and the pretty diaper cake she made for us! And yes, those are chocolate bars with the shower info on them…so cute! 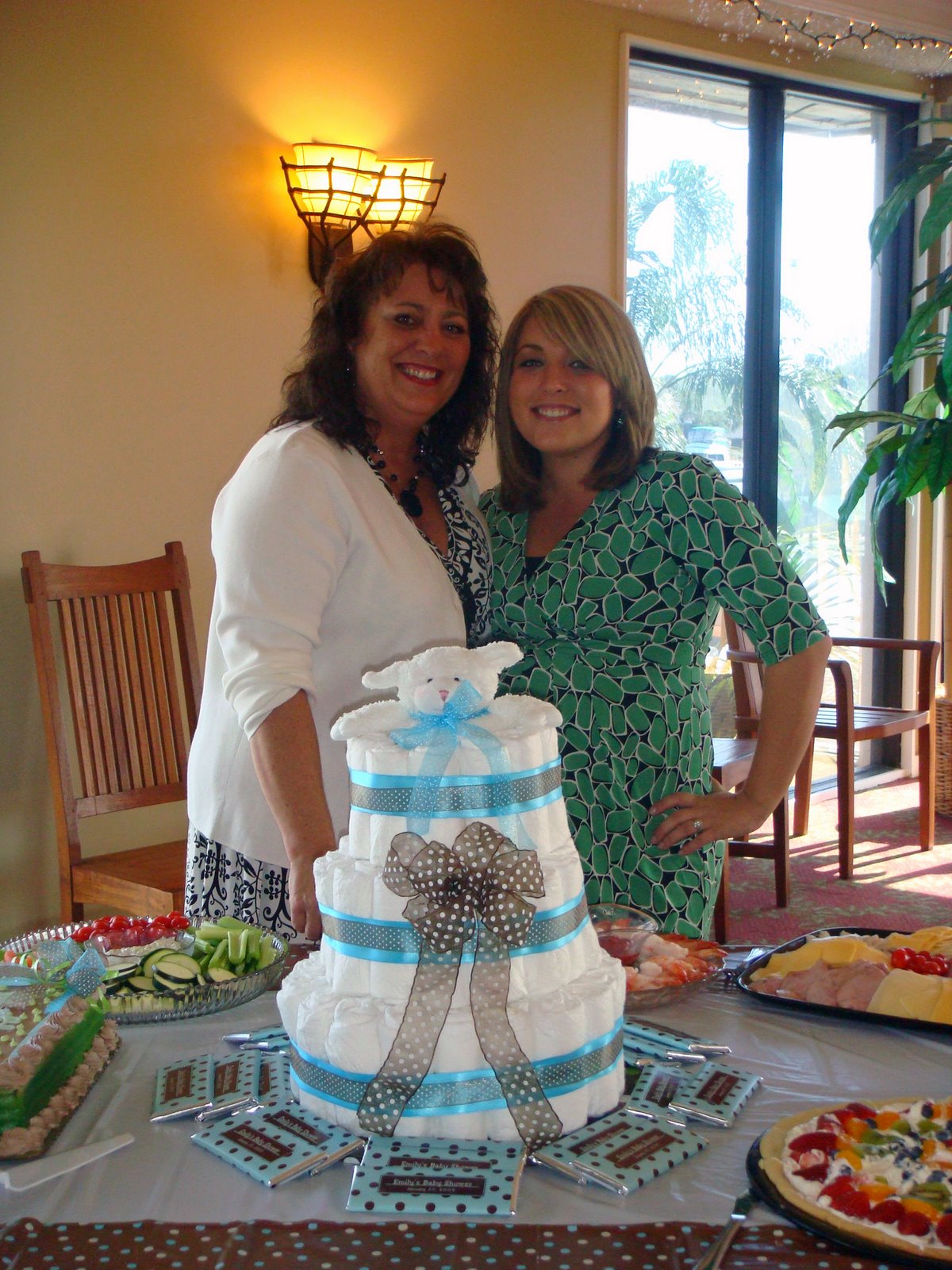 Ashley had NEVER been to a shower of any kind before so she was pretty pumped…it was the weekend of eating (seriously the three of us pretty much pigged out all weekend) so I couldn’t resist this one of her with MORE food! (The fruit pizza was amazing and we ALL want the recipe now!) 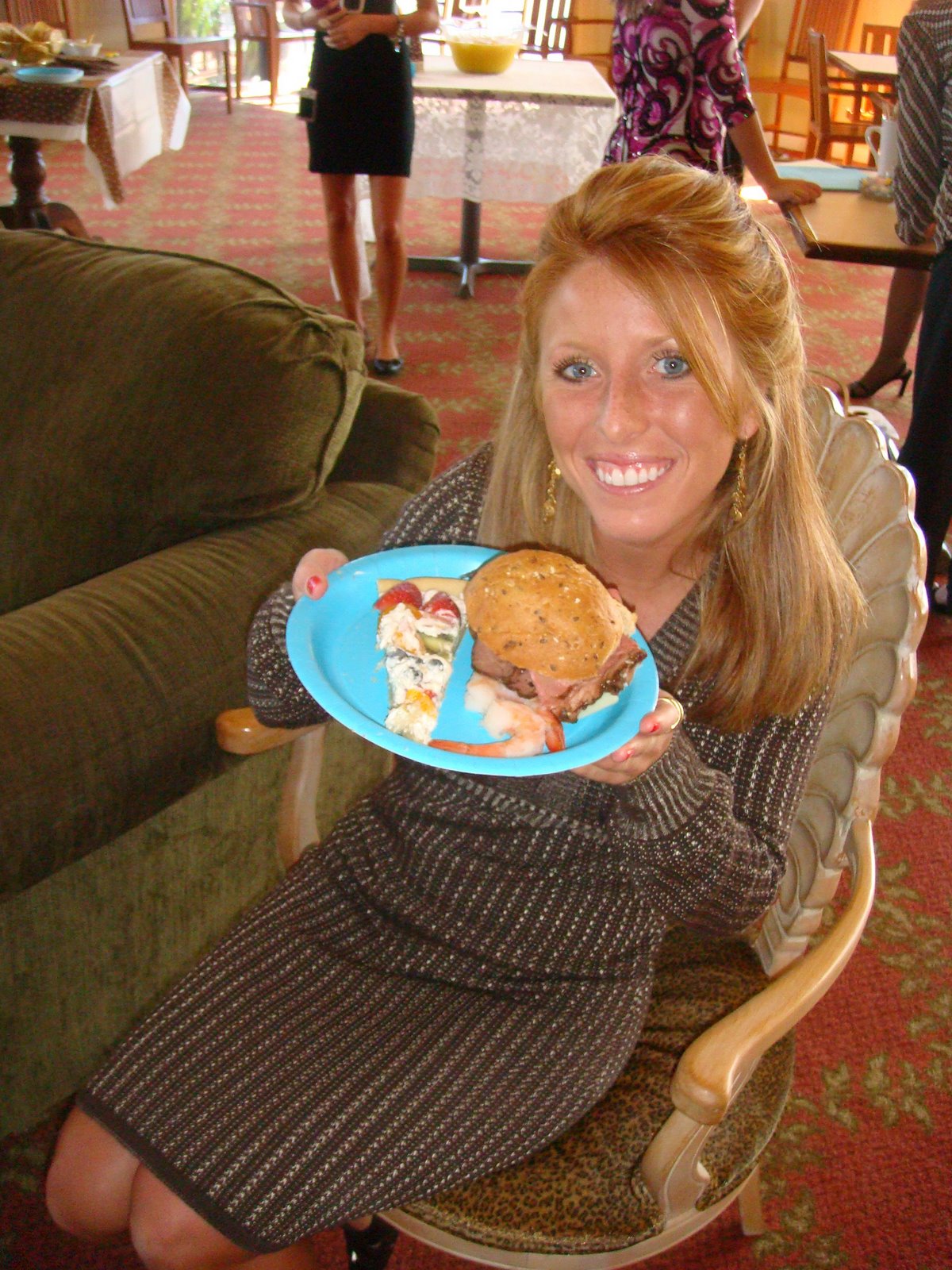 We played lots of games, so fun! One was where everyone had to guess if I want Clover to have my attributes or Zach’s attributes in given areas (such as eyes, athletic ability, intellect, etc). I probably could have checked all twenty of the boxes under the “Emily” category but I love my husband so I think I ended up saying I hope Clover has 12 of my characteristics and 8 of his, pretty fair! 🙂

The toliet paper game was super funny as one of my cousins, Meghan tore off 20 squares of toliet paper while another, Sabrina, won my heart by only tearing off eight! We did a measure to see what I actually am and it was 10 squares! Really not too bad…and nothing CLOSE to the twenty Meghan guessed!!! 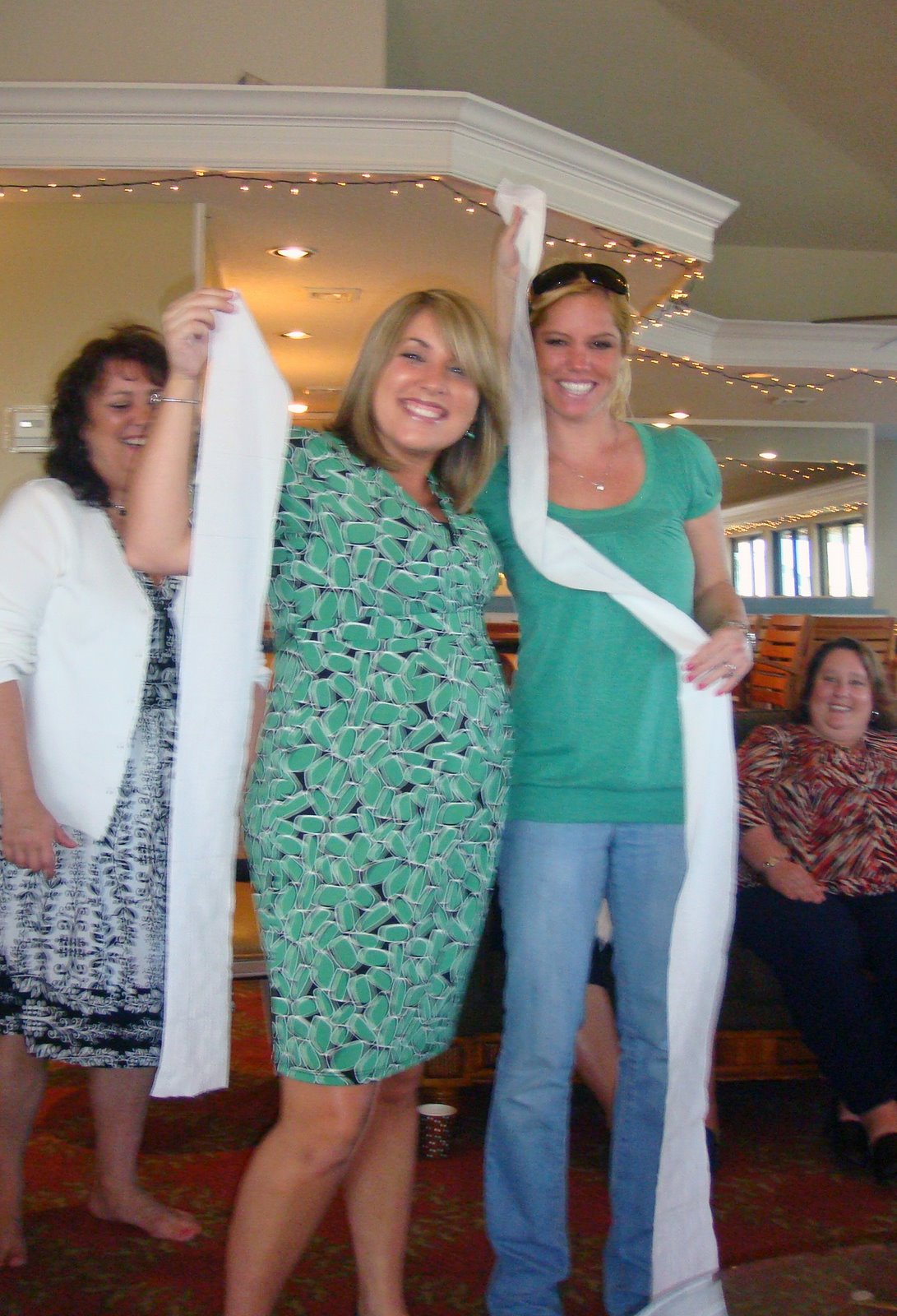 Chrissy was so sweet to offer to host the shower for me and it was so great having her there! Especially now that we’re going to REALLY be sisters! I can’t wait to get to throw her a bridal shower someday in the future. I do, however, HATE having a picture with her as she is so tiny she makes me look even BIGGER haha 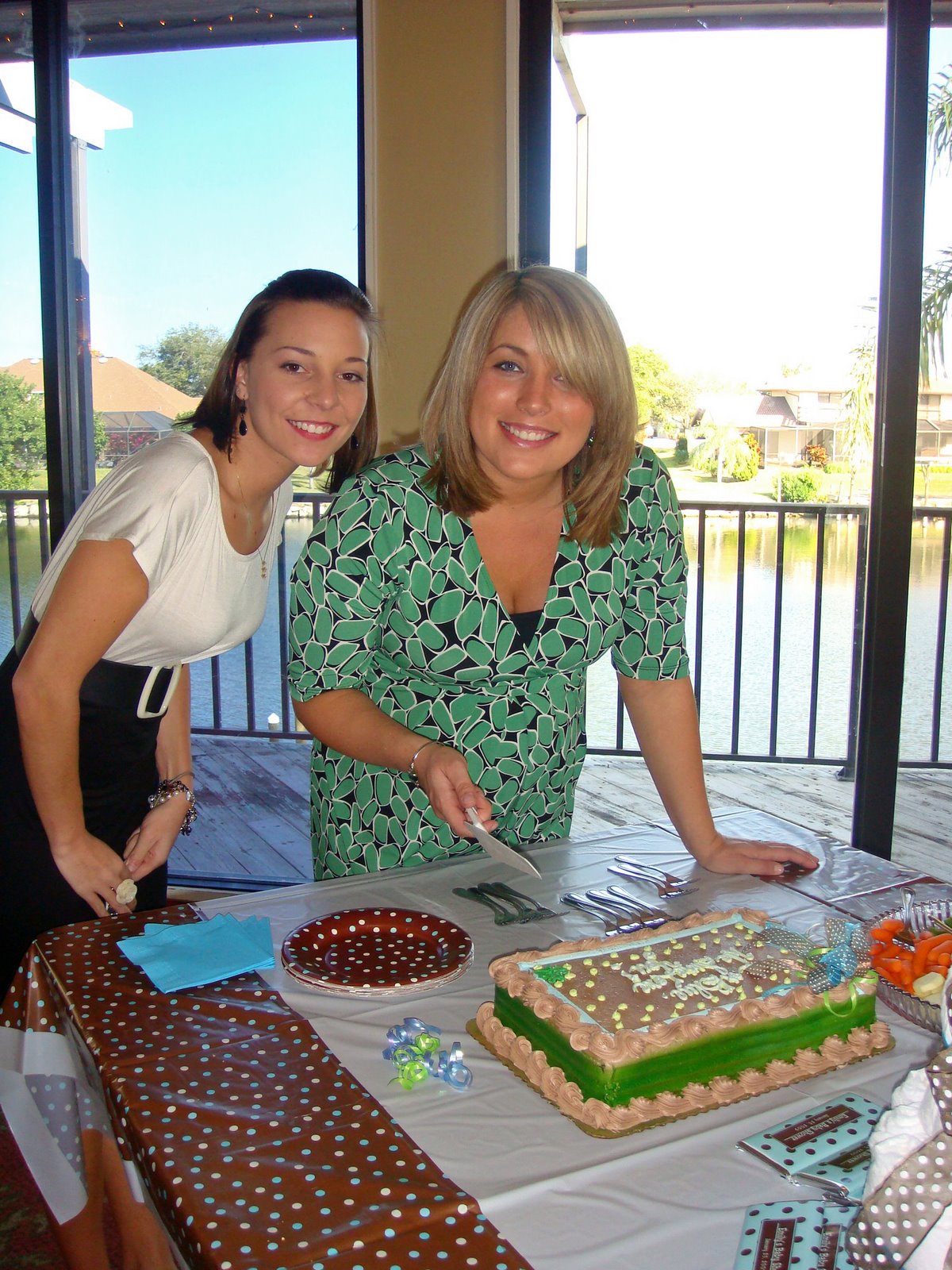 It meant so much to me that all of my family could be there to celebrate the newest member of our bunch! We got several great gifts including our travel system, diaper changing pad and cover, umbrella stroller, travel swing, bouncer, doorway jumper, a basket filled with lots of little fun things we registered for, some gift cards, and some other little toys and books!

Being able to have Nana there was something I won’t forget and I am SO SO greatful to Ashley for catching this AWESOME picture of us! It belongs in a frame for sure 🙂 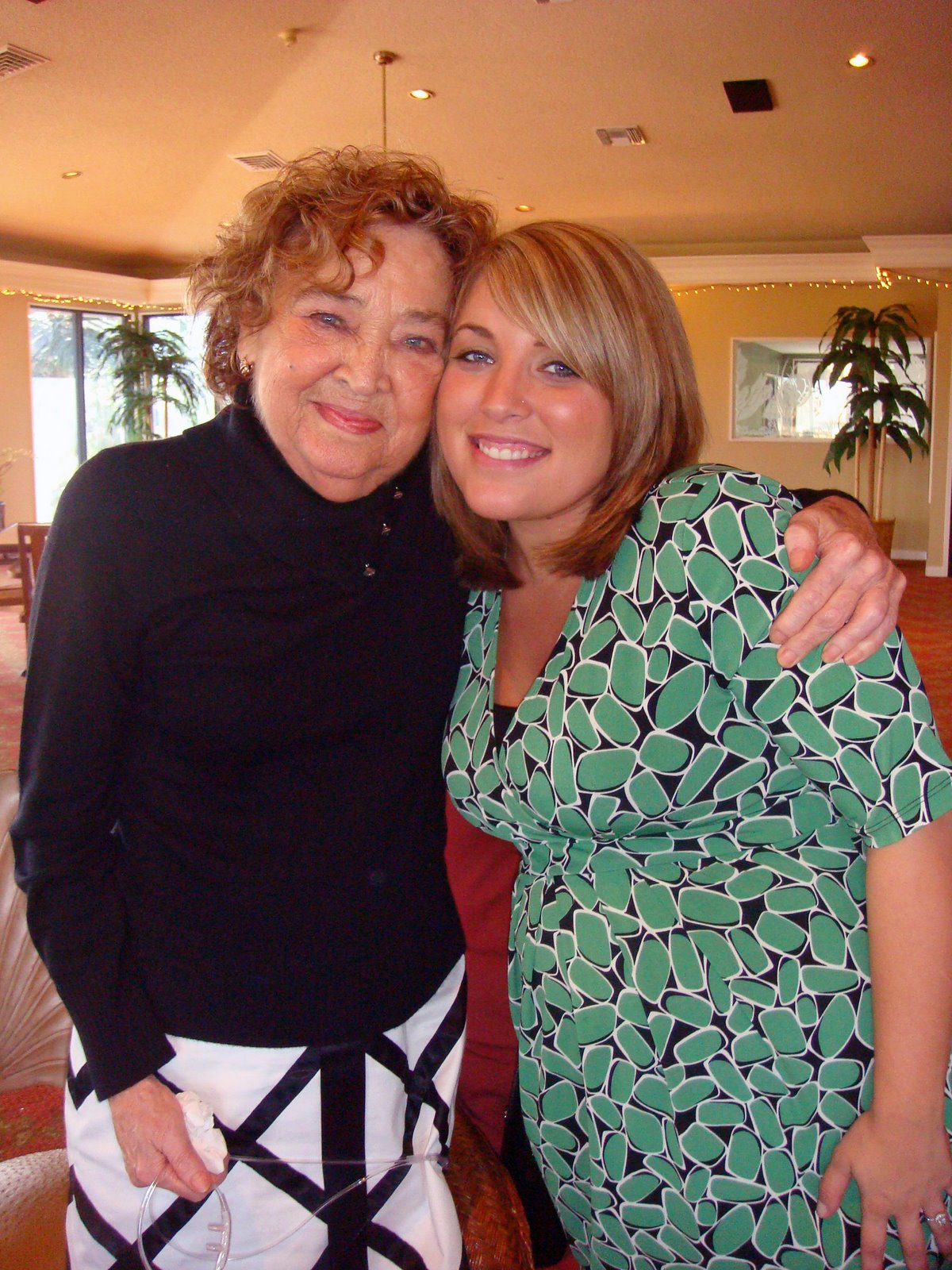 It really is starting to hit home to me that we are going to be parents soon. The next time we go to Melbourne and when I see all my family again I will have a BABY! It won’t be “Clover” anymore it will be a true person!!!