Zach and I had really liked the doorknobs we had chosen way back when we picked out doors and windows. However, that place wasn’t the actual place that we were supposed to pick doorknobs from so we had to go back to the drawing board. The doorknob guy (named Skee…I’m not kidding) came out to the house to meet with me and had me “pick out” what we wanted. The choices were even worse than slim…I’d say they were nonexistent. The only doorknob in the budget was this one. I’m not trying to knock anyone if they have this doorknob but I pretty much only see it in apartments or rental properties don’t you? 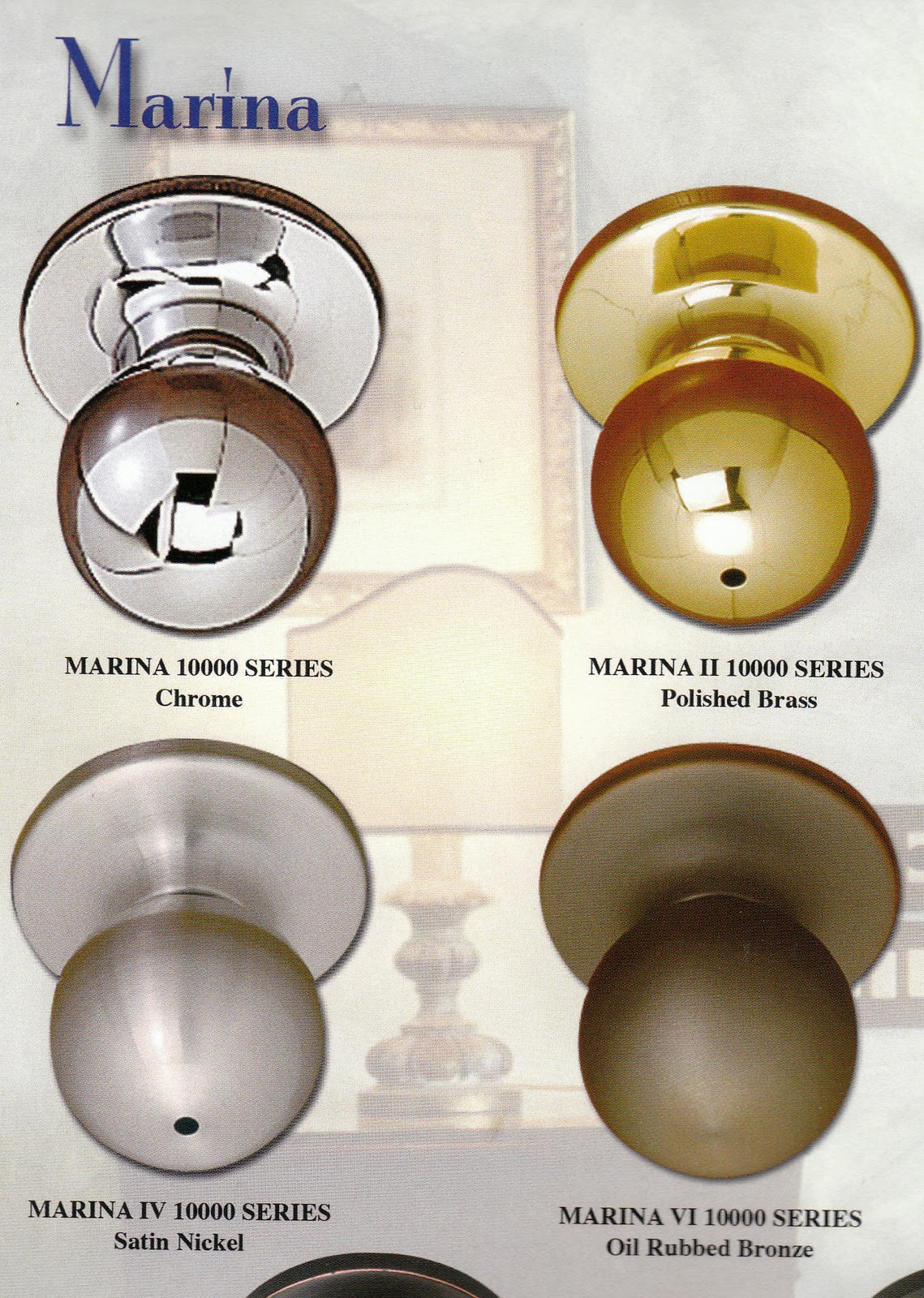 I knew Zach would not deal well with that choice and that he would be willing to pay out of pocket if necessary to get something better (I’m not joking here people…Zach cares more about this stuff than I do! Ask him!). Well better was basically between two choices. One that isn’t even as nice as the ones we have in our current home and then this one. This one won simply because it was the nicest one the guy had to offer! Plus I figured the egg shape will make it harder for Kye to open, right? All our doorknobs will be in the satin nickel finish (bottom left corner). The “upgrade” is only like $40 for ALL our doors so I guess it’s worth it. 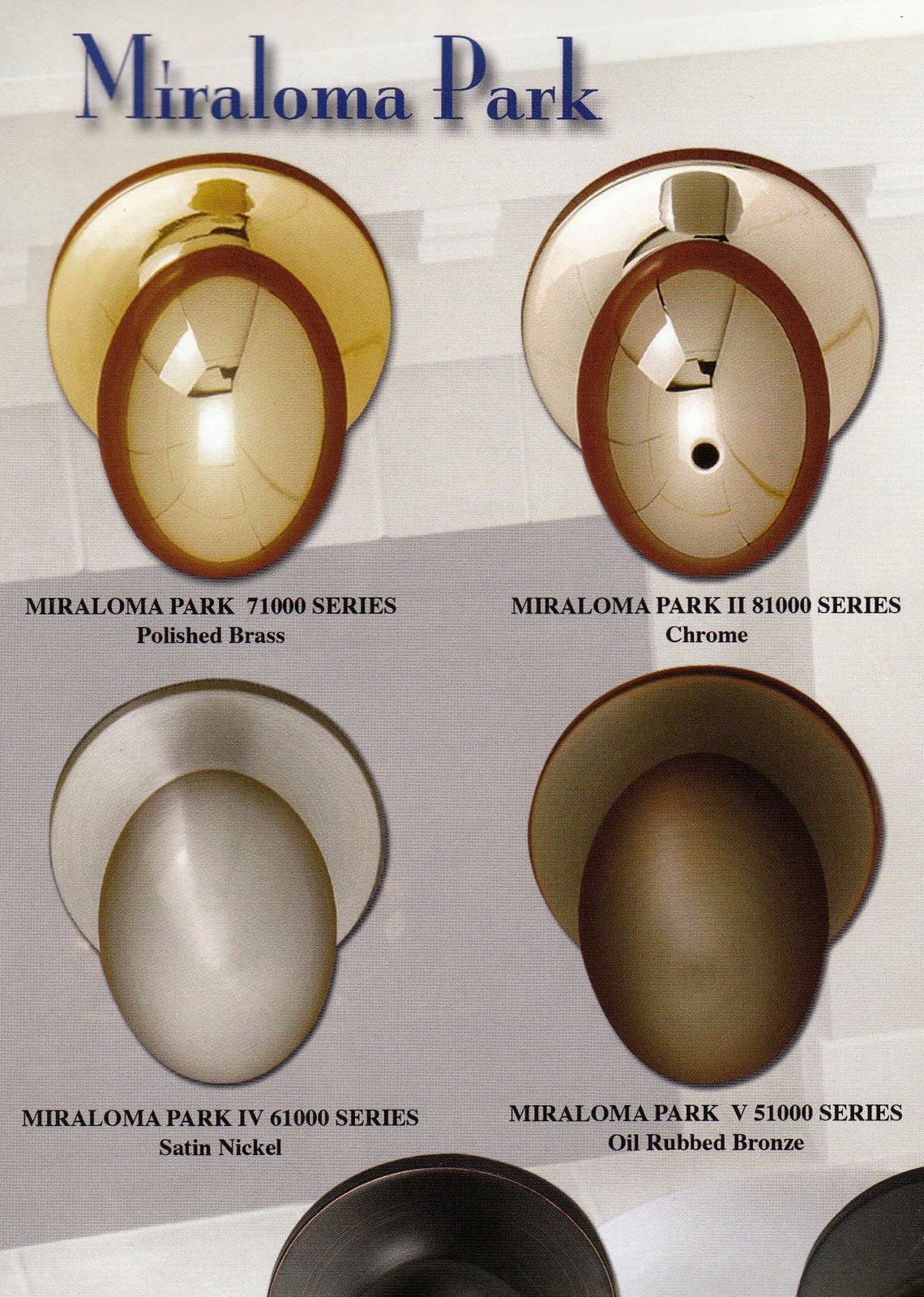 Here’s what will be on the front door (again, satin nickel) 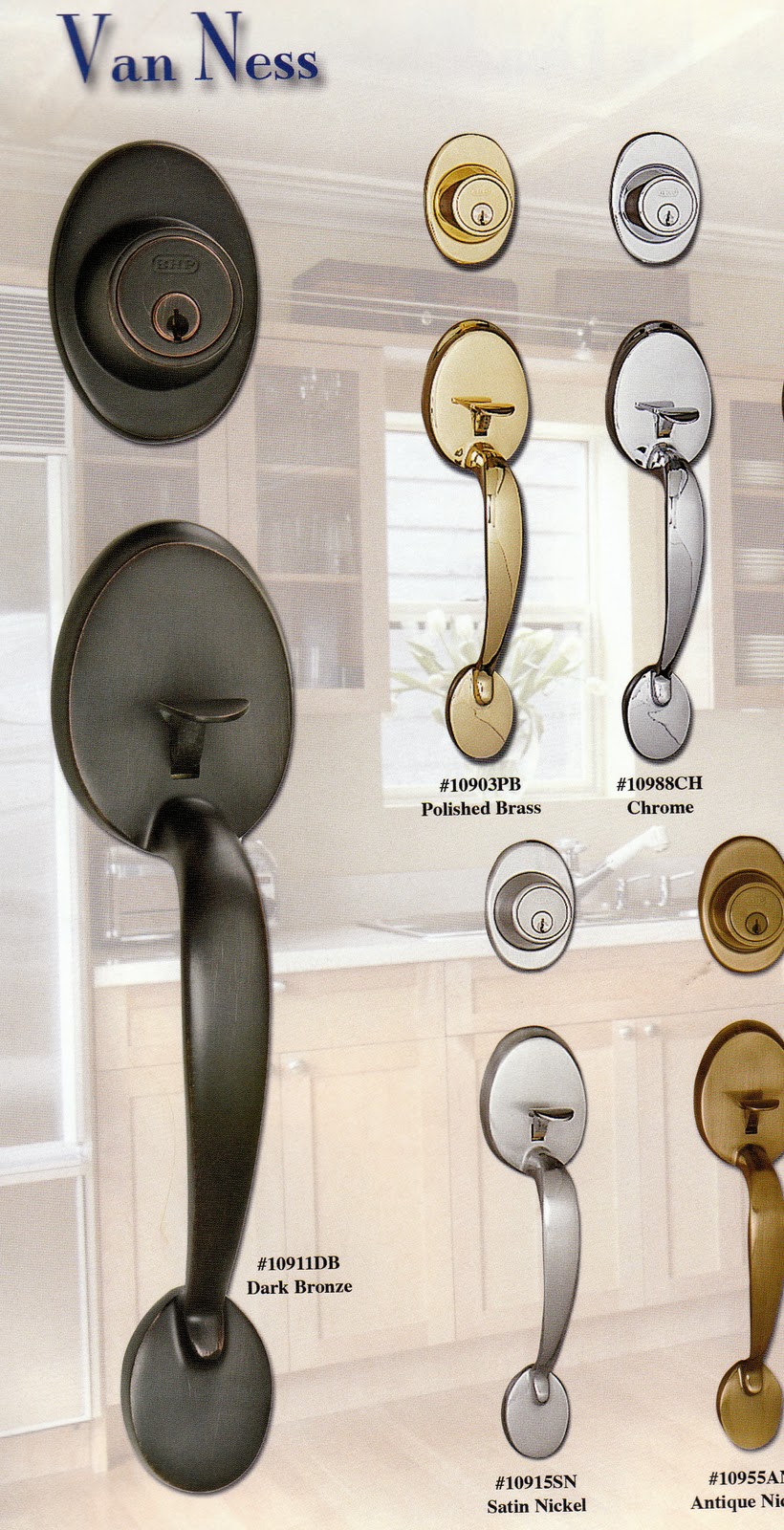 And Steve also includes towel racks and toilet paper holders (which is super nice of him as our current home didn’t have any of that stuff and we had to go buy it right after we moved in!). I went with the ones that were in budget simply because they all honestly looked exactly the same. These won’t be so shiny b/c they will be in the satin nickel finish. 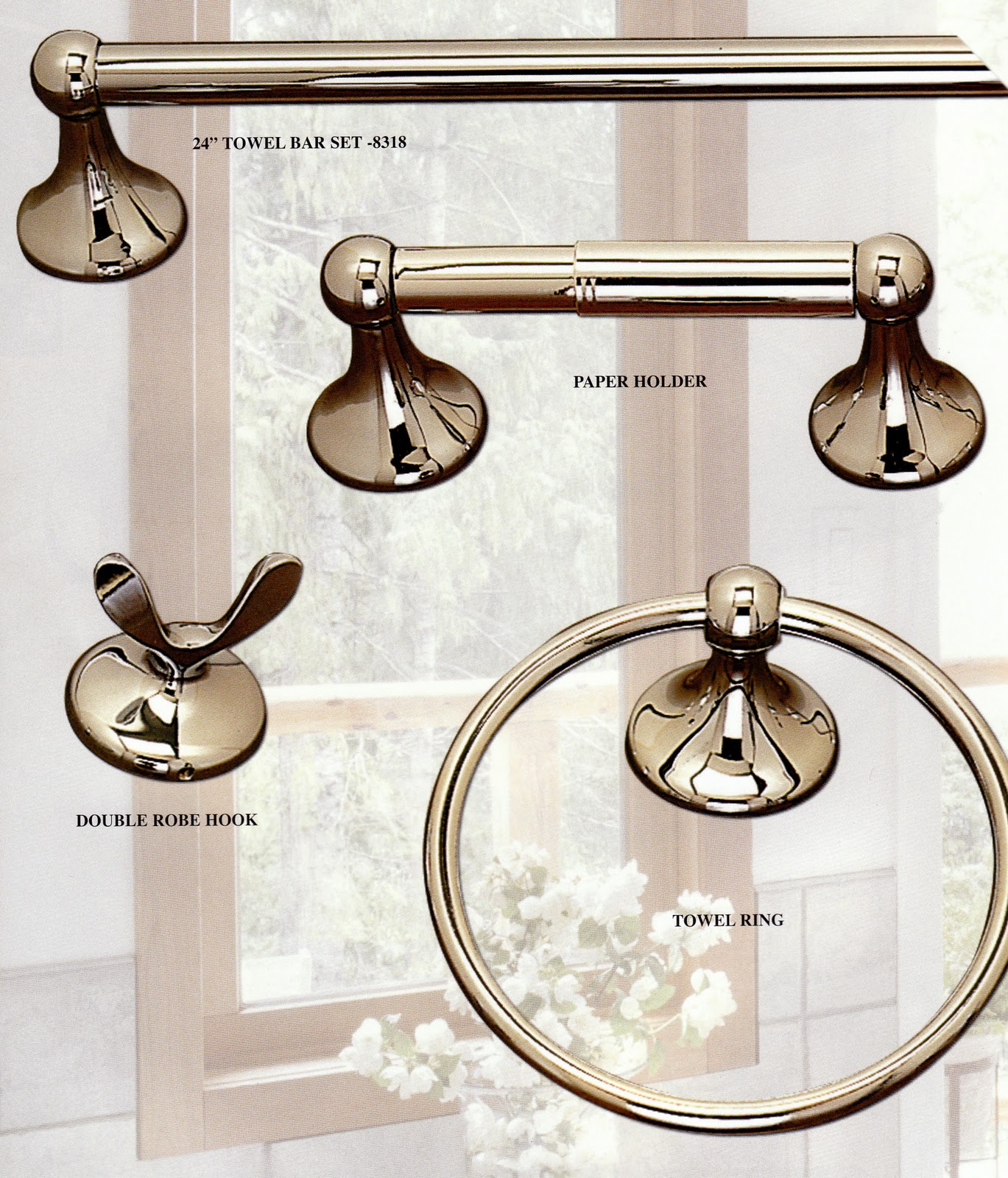 The whole experience was pretty humorous as I felt like I went through a time machine back to the late ’80s, early ’90s. The catalog was beyond dated (as you can kinda tell from the pictures above) and the options were so limited. I felt like he wasted a trip over because all the deciding was literally done in under 20 min. I really did feel bad for him. The saddest part was when we talked mirrors. Steve puts up just big sheets of glass mirrors and I would totally not mind having that except that the house we’re in now doesn’t have it. We have framed mirrors that add SO much to the design of the house and I just can’t go backwards when building ya know?

So Skee started talking about the mirrors and I told him I wasn’t interested in the big sheets of glass then he got excited and said he knew just what I would like. He pulled out this velvet bag and started laying out thin pieces of glass mirror in a frame design and said that he could do that over top of and around the sheet of glass…I felt so bad but I stopped him before he made the whole thing and told him I wasn’t interested. Poor guy! I really can’t think of a time I’ve ever seen those mirrors somewhere can you?!?

We ended up talking to Steve and got the numbers that he usually spends for mirrors and I went to Hobby Lobby and the light girl (who works up there as a day job…random!) hooked me up! She picked out these beautiful open-back frames for me and ordered the glass to go in them! I pick them up this week and I can’t wait!!! AND the total will be $4 under budget so Steve loves me I’m sure : )

they look gold in the pictures because the tan in the background and the lighting at Hobby Lobby but the downstairs guest bath will have the big mirror, our bathroom will have 2 mirrors one size down from the big one and the upstairs bath will have 2 mirrors the size of the 2nd biggest one in this picture (the total WITH glass is under $250 for ALL the mirrors…a really inexpensive update for your home). 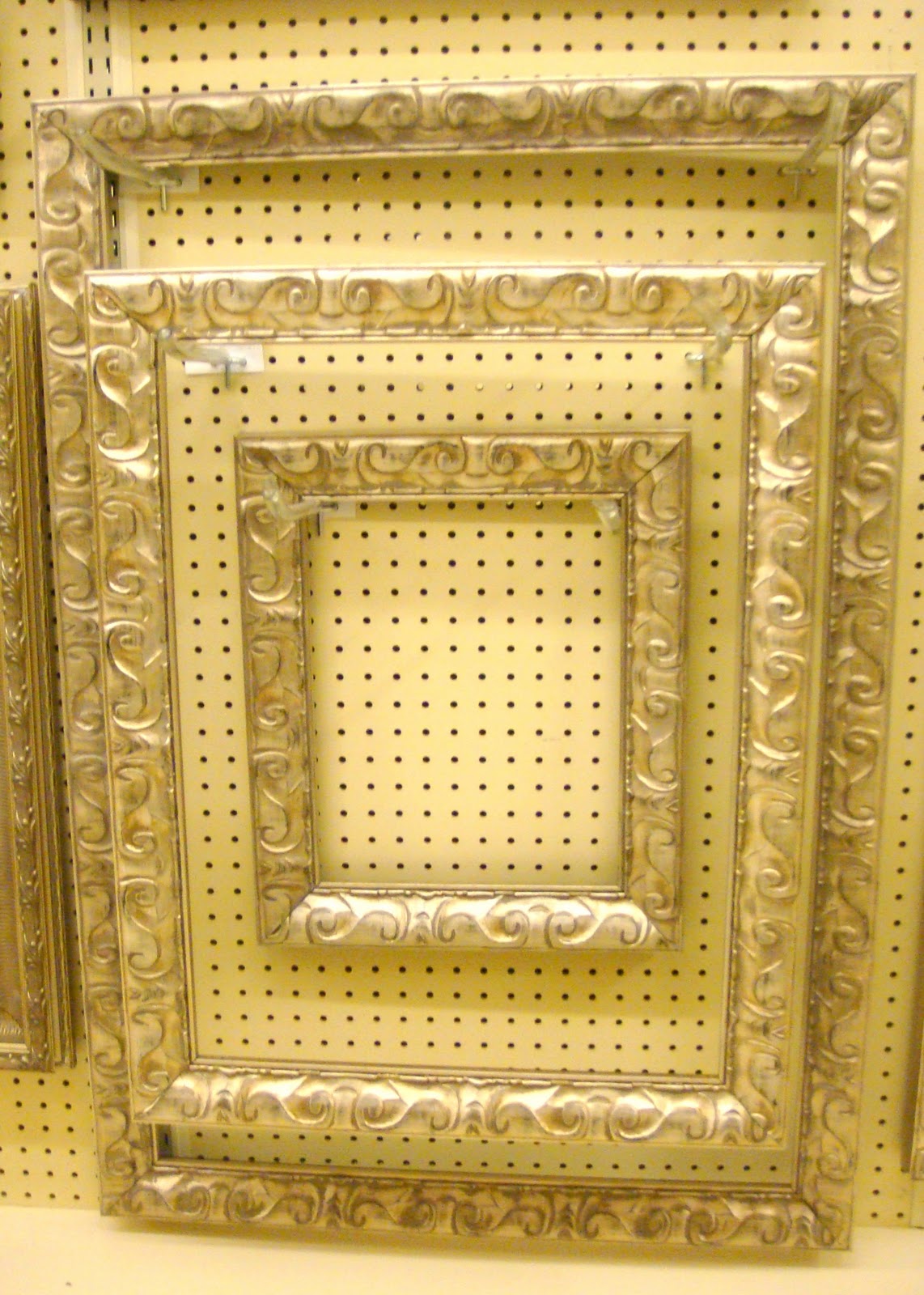 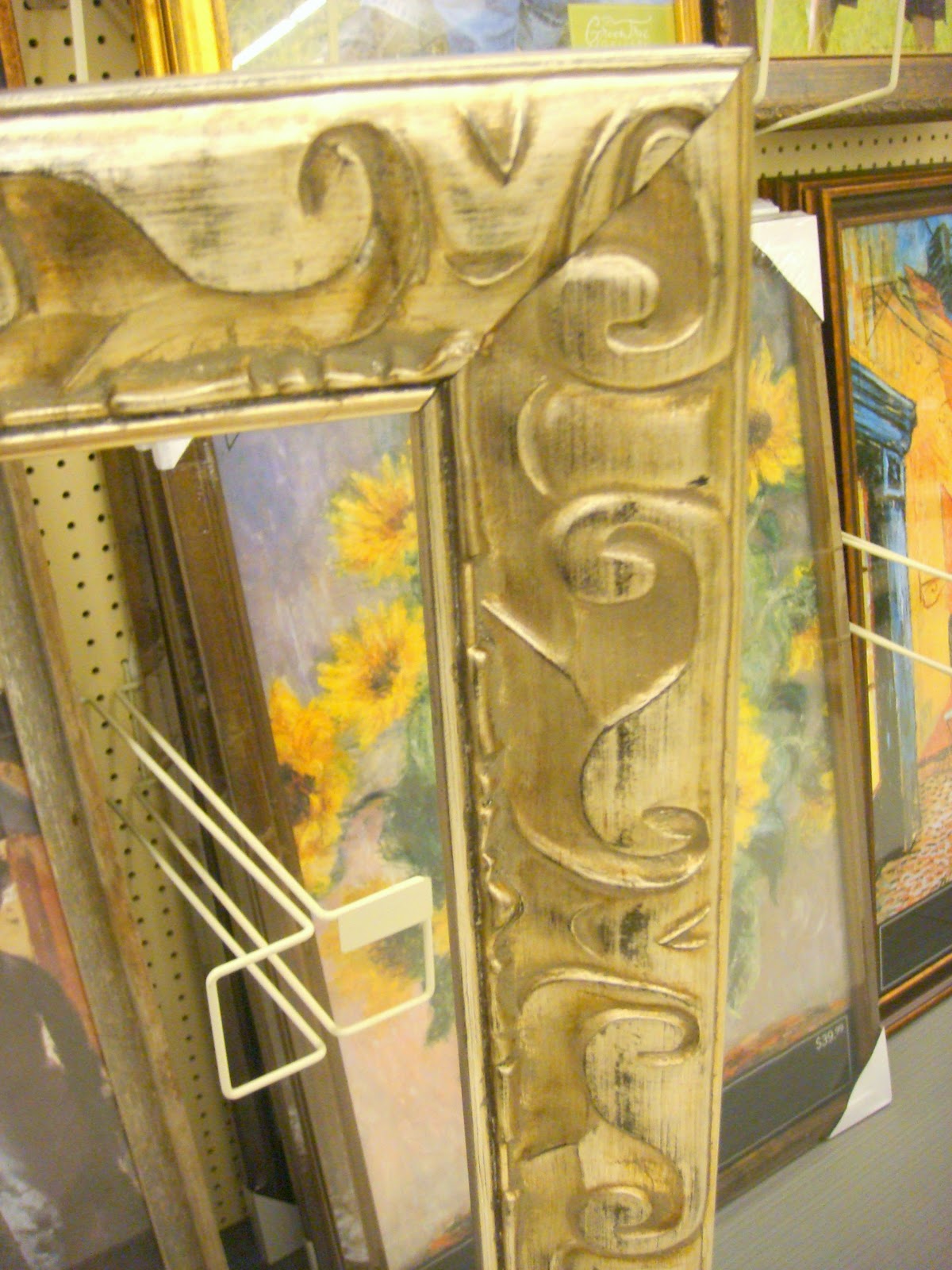 I’m so excited to show everyone the paint colors but we aren’t quite to that point yet…soon I promise!